The Macau Grand Prix Race is the last race of the F3 season and is the most prestigious race on the tour.  Many drivers who’ve won it have graduated to F1 and made names for themselves there, with famous ex-champions including Riccardo Patrese, Ayrton Senna, Michael Schumacher, David Coulthard, Ralf Schumacher and Takuma Sato.

The race starts at the Ferry Terminal, proceeds down the Amizade Strip to the Lisboa, and then reverses course back to Guia Hill and the Reservoir.  Featuring a number of tight turns and fast straightaways, it has the reputation of being one of the most difficult street courses in the world.

The F3 race is only one of a series of races held during the 4 day Grand Prix weekend, and motor sports fans would know better than I what the other competitions are all about.  Here was the full schedule for the 2014 race, one that should stay pretty static in the years to come.

As you can see, Thursday and Friday are mainly qualifying while the finals are held on Saturday and Sunday.

There are three different places to watch the races: the Reservoir Stand, the Grandstand and the Lisboa Stand.  The Reservoir and Grandstands are located beside each other opposite the Ferry Terminal, while the Lisboa stand is precisely where you’d expect to find it, by the Lisboa.

The Reservoir Stand tickets run $50 on Qualifying days and $350 for Race Days. They are the bleachers, the cheap seats, the peanut gallery, and come without cover or view of anything but the track.  From what I understand, F3 still races in the rain so those seats might not be very ideal should the weather not co-operate.

The Grandstand tickets cost $50 on Qualifying and $550 on race days, and come with full cover along with a nice view of the pits and the winner’s podium.

Jane and I sat in the Grandstand seats during Friday qualifying and I was slightly dismayed that I didn’t see a TV anywhere.  If that’s still the case on race day, then how can spectators follow the race?

Do they just wait for the cars to come around without any idea of who’s in the lead, how fast they’re going and what else is going on?

The Lisboa Stand is the most expensive place to sit, with tickets $50 for Qualifying and $900 on race days.

This is where Jane and I were on Saturday and Sunday and it was worth the extra money.  The sharp turn at the Lisboa is the most exciting part of the race as there’s always a crash or two there, usually on the very first lap.

The Grandstand and Reservoir seats look boring in comparison because all you see is a straightaway.  It is, however, where the race starts and finishes though so there might be some intrigue there.

In order to buy tickets, check for information on this website: www.macauticket.com.  Basically, you have to fill out a form with your credit card information and then send it to the following email: mgp@kongseng.com.mo.  Tickets can then be mailed out to you or picked up at two locations, either at the Lisboa stand or at the Grandstand.   The only two credit cards accepted are Visa and Mastercard. 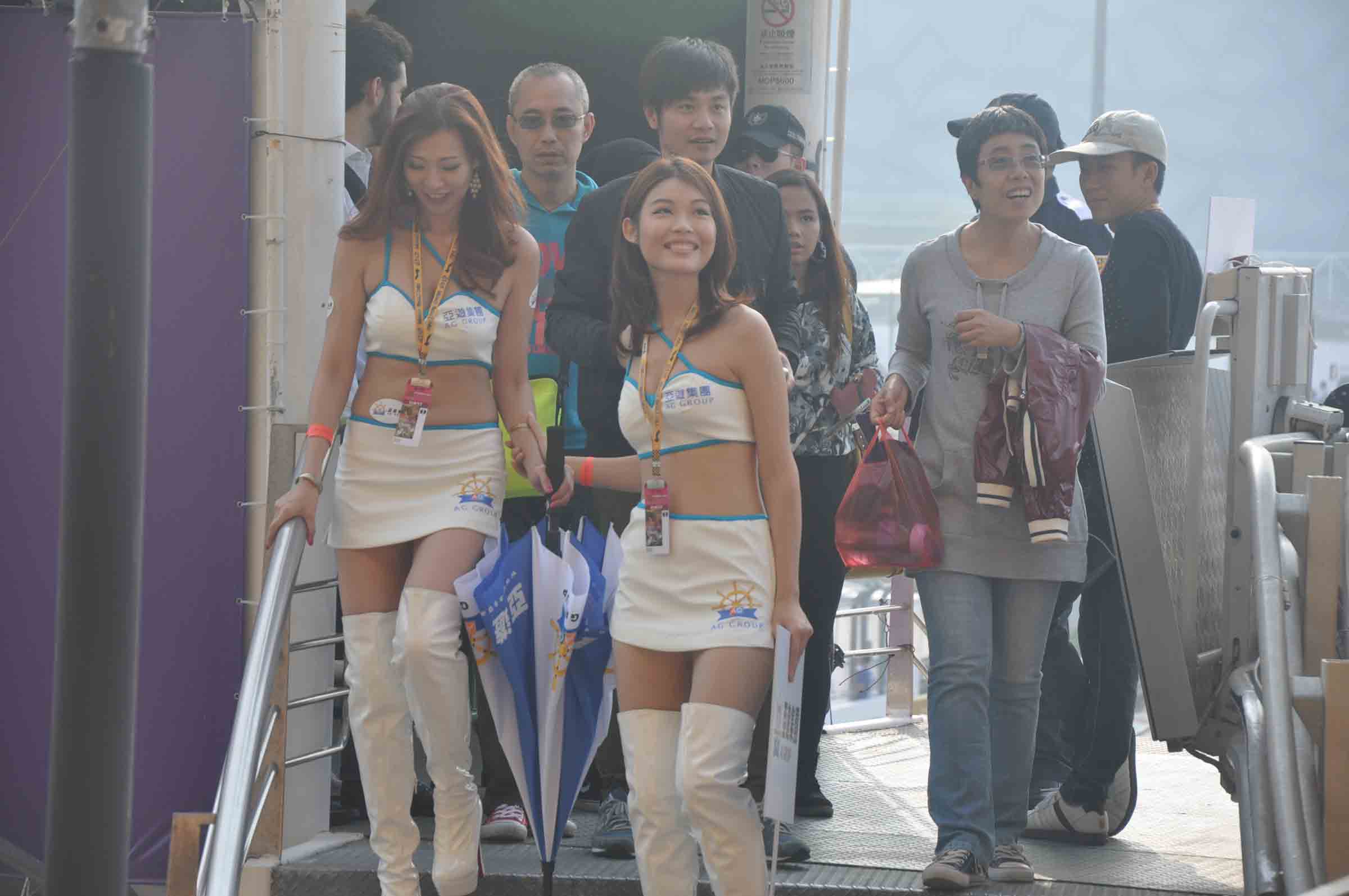 Another way to see the race is to book a room at the Grand Lapa and make sure it faces the road, but room rates double or triple at that time.  Kampek Bar at Paradise Kampek is another option, but you’ll have to watch the festivities through a glass window.

With that little introduction out of the way, let’s move on to the Saturday Qualifying Race.