2017 Passion of Our Lord Procession

The Passion of Our Lord Procession is one of Macau’s oldest traditions, with a history that dates back to the 16th Century.  A somber and solemn walk through the old streets of Macau, it re-enacts Christ carrying his cross to the Crucifixion, and is generally considered to be Macau’s most magnificent Procession.

The festival is always held on the first weekend after Ash Wednesday, which either falls in February or March, and takes two days to complete.  The festivities begin on Saturday evening at St. Augustine’s Church and conclude at Cathedral, the site of an overnight vigil.  The following day on Sunday, the parade returns to St. Augustine Church via a different route, thereby completing a circle. 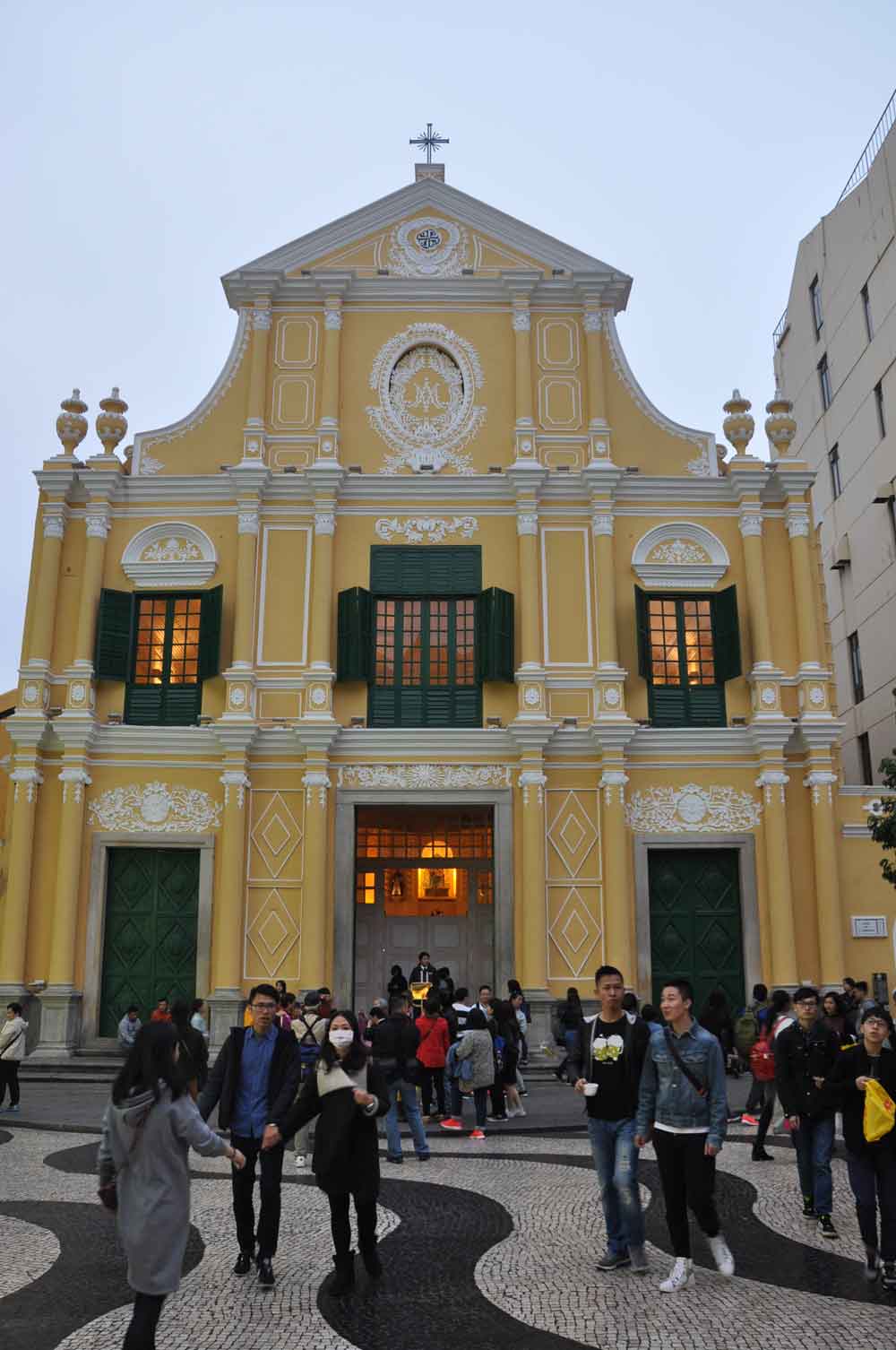 Due to ongoing restoration at St. Augustine Church, the 2017 Procession was a little different though, which saw it begin and end at St. Dominic Church instead. 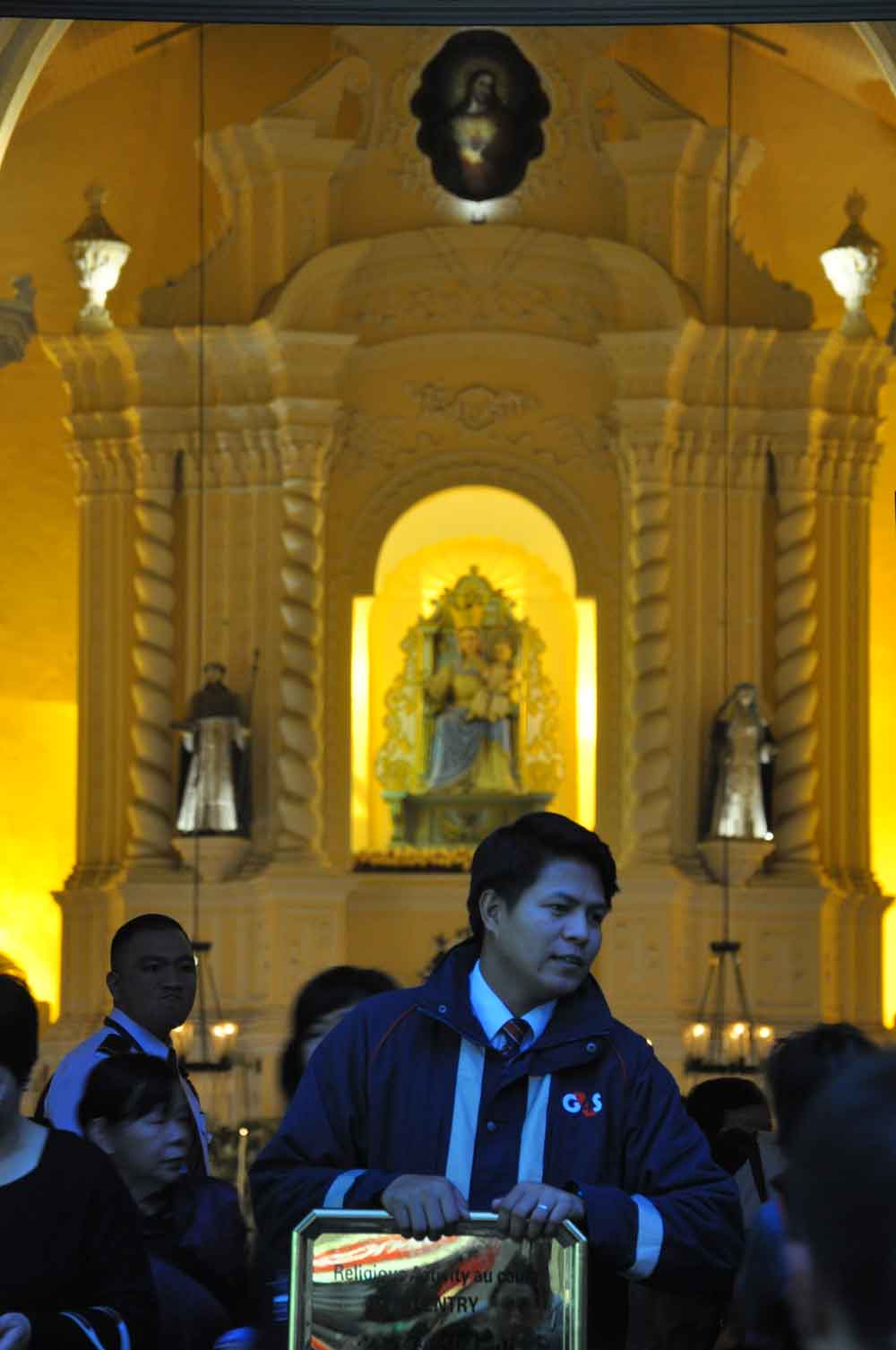 Service started promptly at 6 pm on the evening of March 4th, with a sermon that alternated in Cantonese and Portuguese.  That means I had no idea what was being said, but it probably had something to do with the holy trinity of fear, faith and fulfillment, and how those three tenants in concert change and save lives. 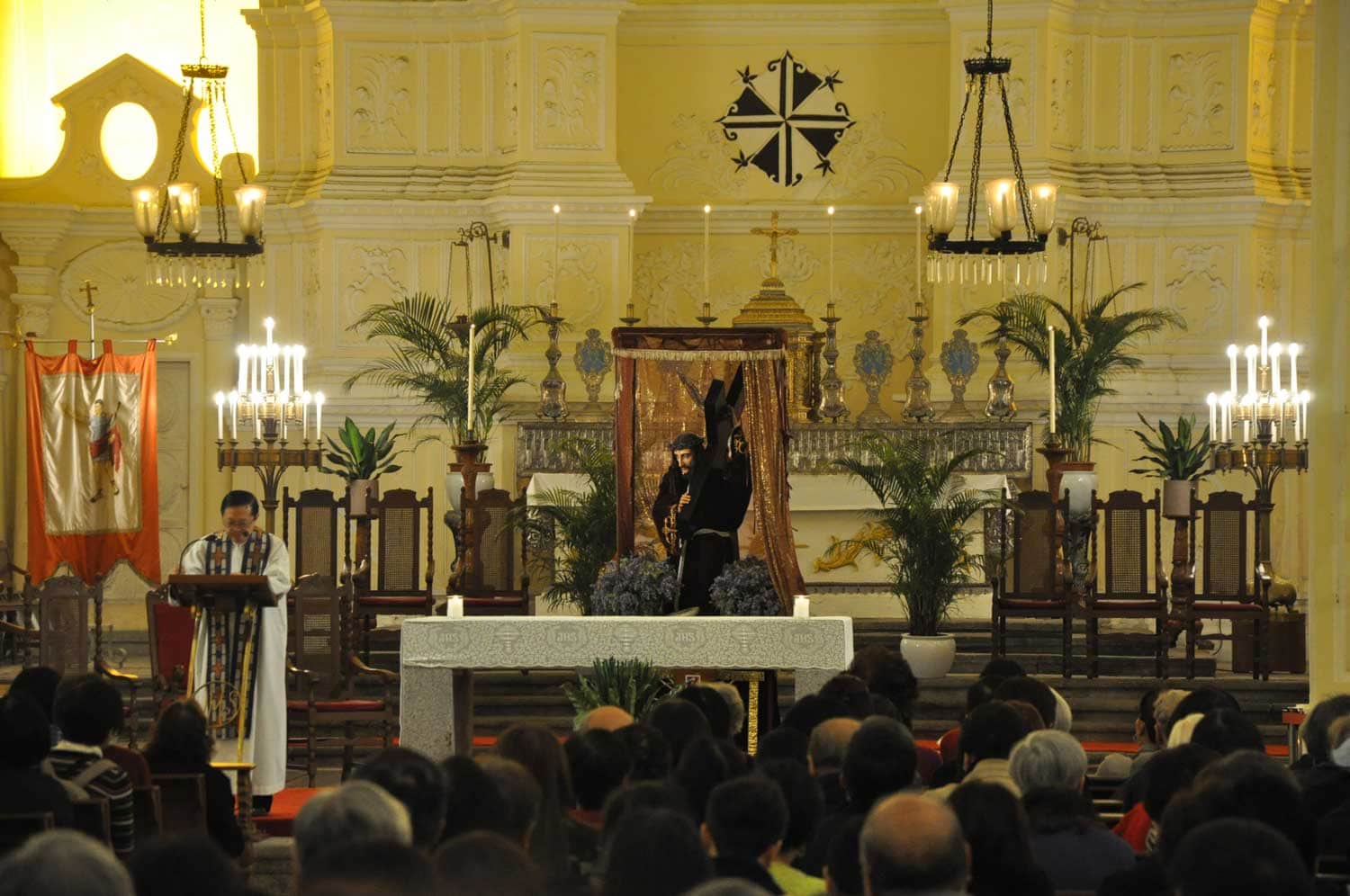 The Procession began an hour later at 7 pm when clergy members dressed in purple robes exited the church carrying banners and a statue of a dark clad Christ holding a Cross. 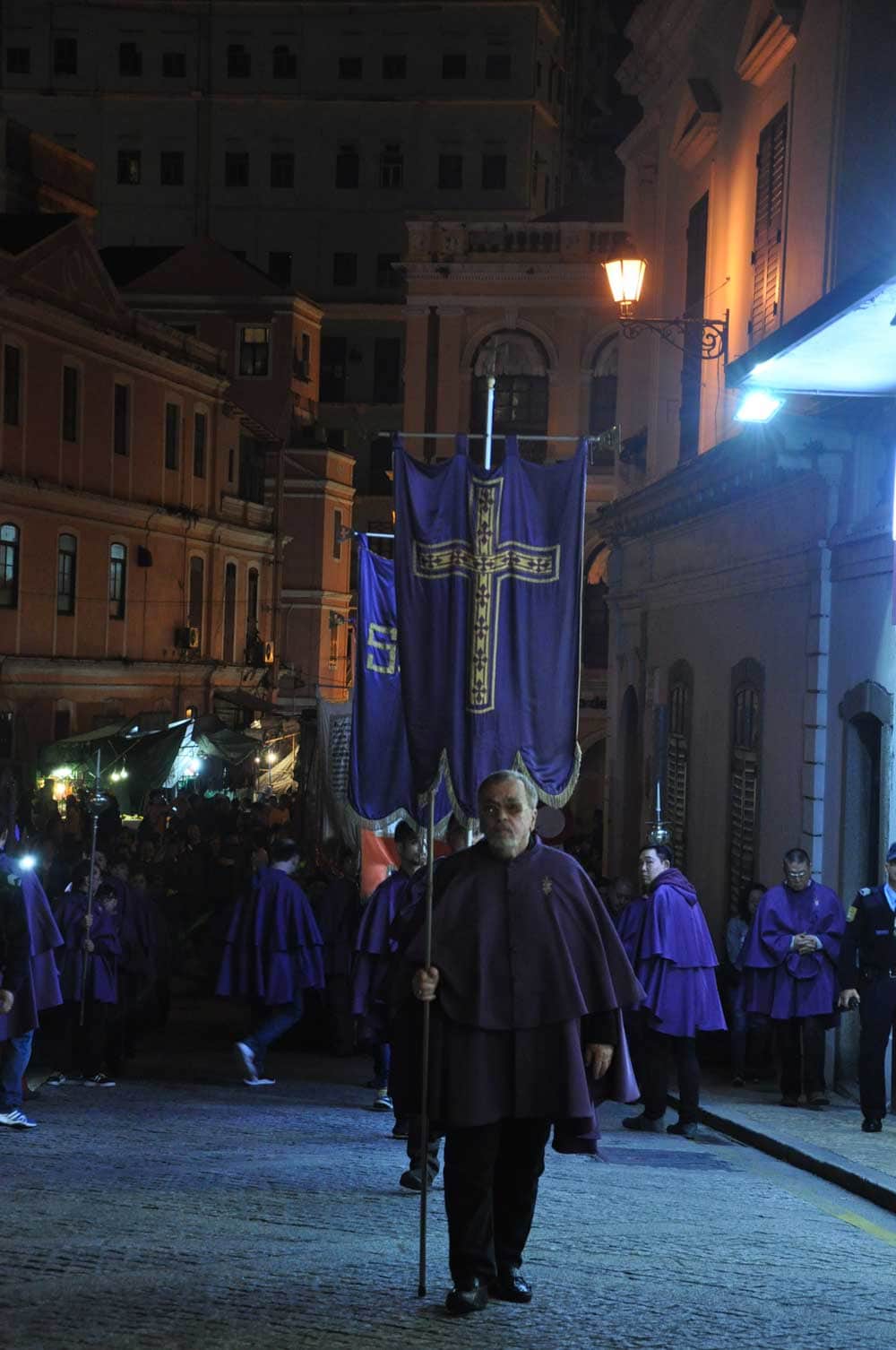 The statue was kept inside a protective see through cover, possibly to avoid potential damage from rain. 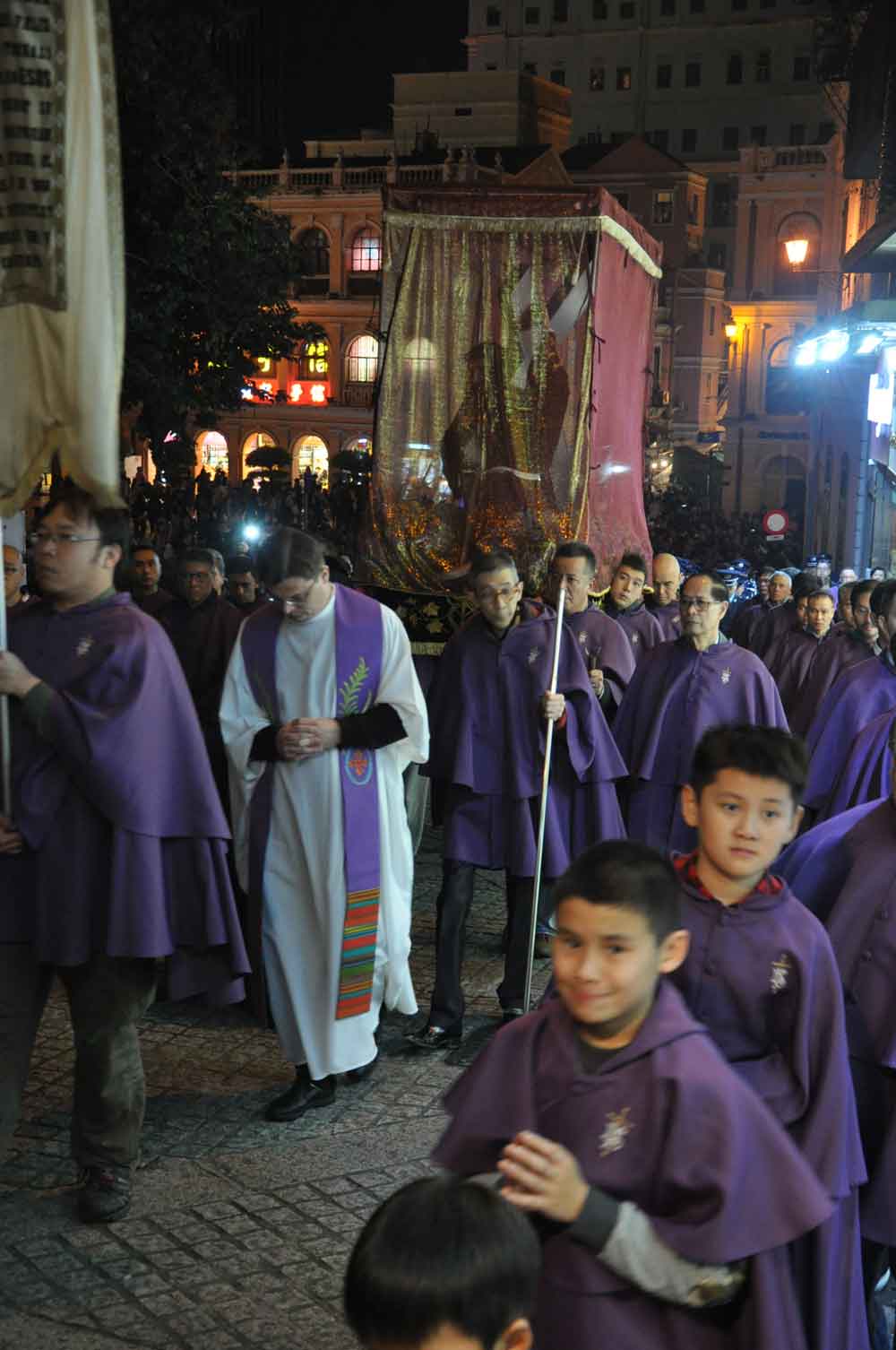 I apologize for not being able to get better pictures, but it’s difficult to shoot at night when there isn’t enough light and the target is moving.  I also didn’t have a lot of opportunities either, since the whole Passion of our Lord Procession took less than 20 minutes, first moving through Senado Square, before turning onto Travessa do Roquette and Rua de Se. 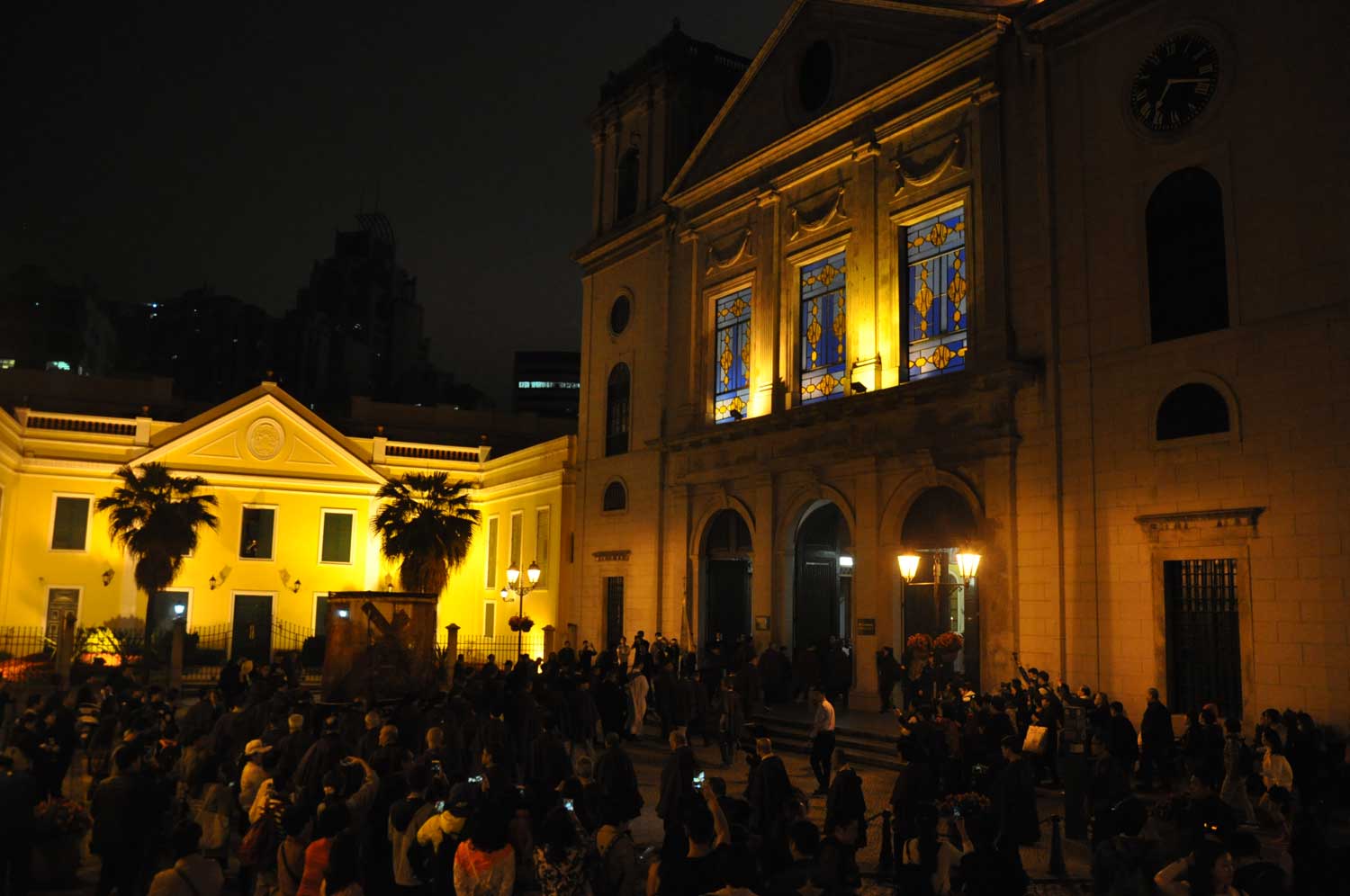 After arriving at Cathedral, there was another service that lasted for about a half hour. 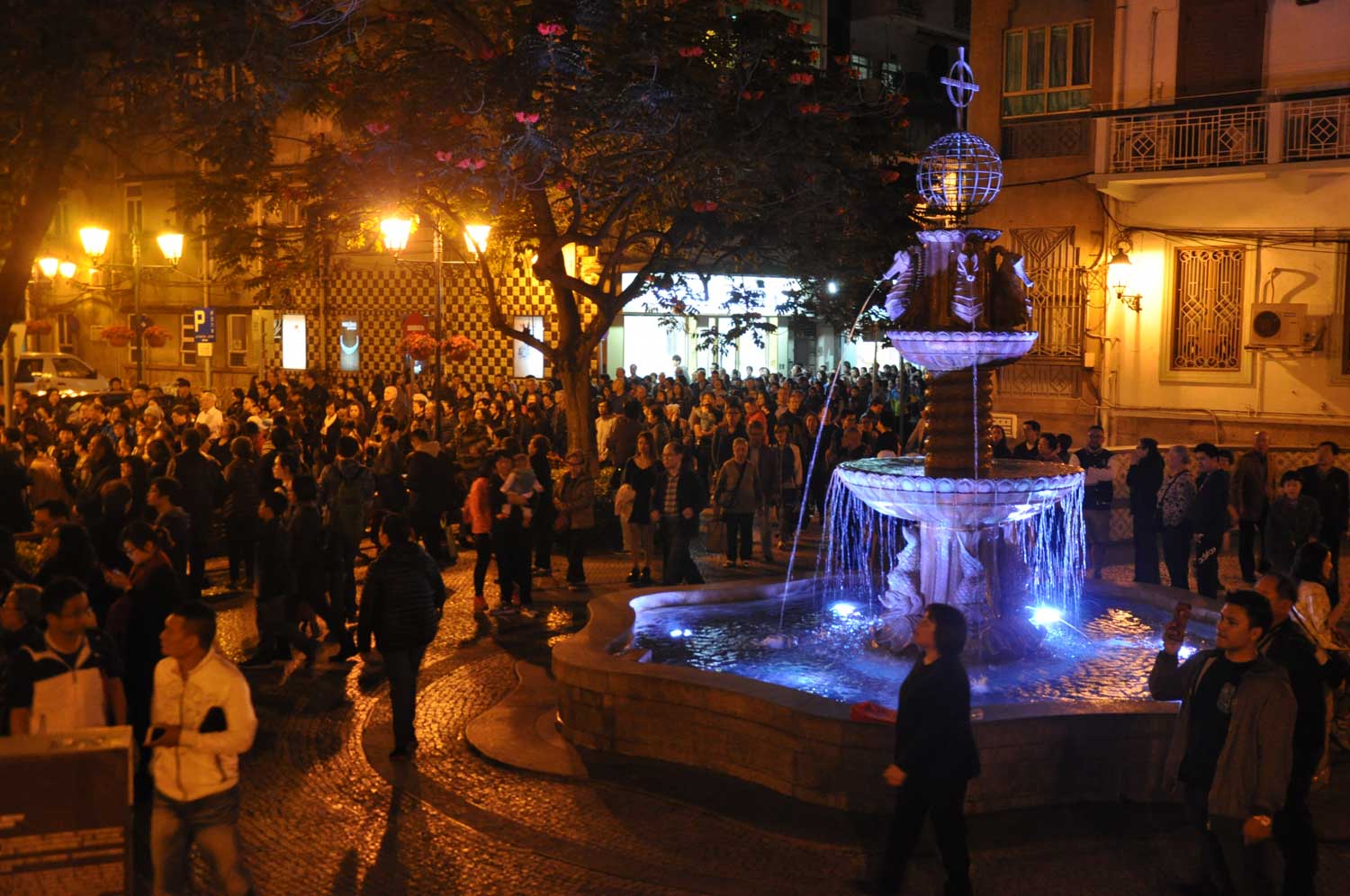 I thought the most interesting part was the very end, when people lined up to touch the hand of Christ, beside the watchful gaze of a priest. 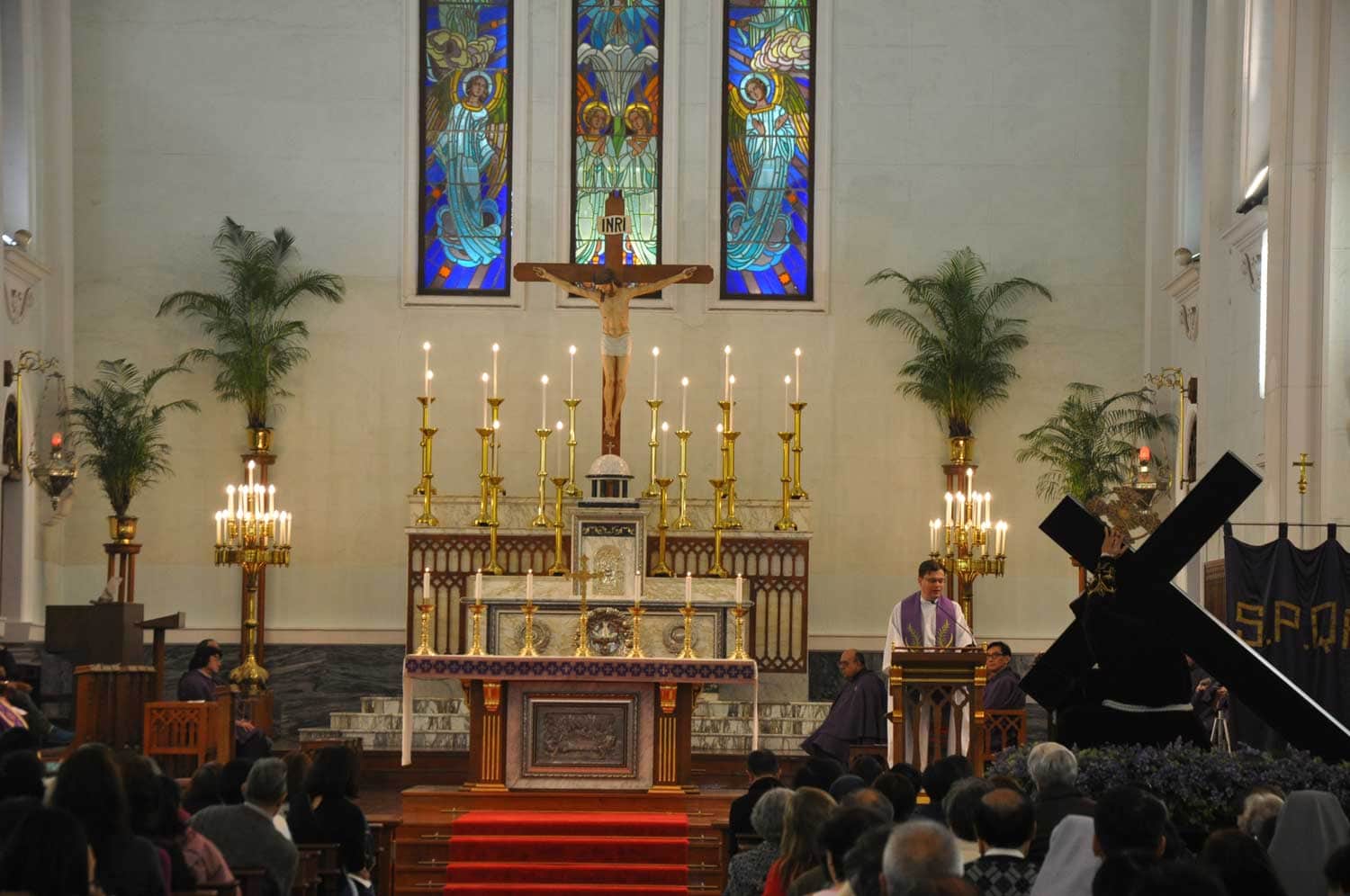 As the worshippers waited for their turn, I wondered what it might feel like to be them, to be soldiers of a faith and subordinate to it, how they could ever think that touching the wooden statue of a man who died thousands of years ago could possibly mean anything today. 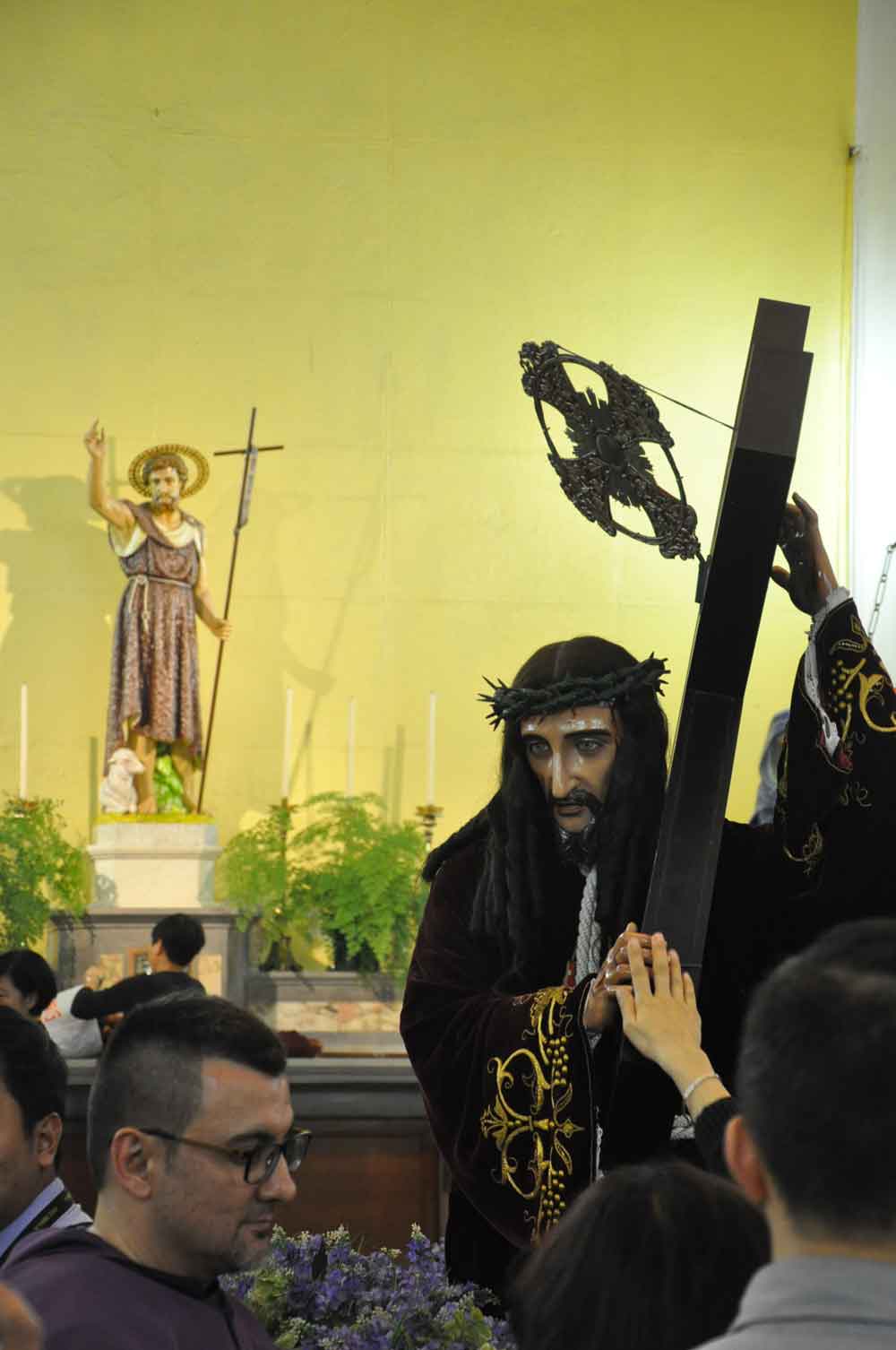 You know, when they asked Jesus who his parents were He said that’s for you to decide, and I guess I’ve made my mind up.  That’s why you’ll never see me taking part in a Procession of this nature, other than to take pictures and write about it for this site.

To read about the second day of the Passion of our Lord Procession, please follow below the link below.