Cantonese food is the dominant food in Macau and I’d wager that more than 70% of the restaurants in town serve it in one form or another.  Compared to other styles of Chinese fare, Cantonese cuisine has a simpler, purer taste.  Oil, spices and seasoning are seldom used; rather the point is to let the natural taste of the food take center stage.  For that reason it’s absolutely paramount that the ingredients used are fresh and of high quality, otherwise things can go sideways real fast.

Dim sum is a staple Cantonese food, often served at lunch or with afternoon tea.  There’s no definitive way to describe exactly what it is, other than a small kind of finger type snack food usually presented as dumplings, steamed buns, rice noodle rolls, or small wraps.  For two people to enjoy a dim sum lunch, you’d probably have to order 5 or 6 different kinds, with each selection normally between $15 and $65, depending on the restaurant.  If you only try one kind of Cantonese food when you’re in Macau, then definitely go for dim sum, just because it comes in so many different kinds of forms and flavours.  As Forrest Gump would say: Life is like a plate of dim sum, you never know what you’re going to get.

Seafood is another large feature of Cantonese cuisine, given Macau and Guangdong’s proximity to the sea.  He Fa serves the city’s best seafood but you might need a Chinese friend to help you order the dishes, since some of them are chosen directly from the fish tank outside.  How much everything costs depends on the weight. so always make sure to double check the price.  A lot of things in seafood tanks sure look innocuous enough, but they really lay the smack down when it’s time to pay the bill!

Besides Cantonese food, many other styles of Chinese cuisine are readily available all over town, including Beijing, Sichuan, Hunan, Shanghai, and my personal favourite, Northeastern.

Here are a selection of my favourite Cantonese dishes.

A lot of restaurants in town do dim sum well, but I’d like to give a shout out to Campo de Dragon because the venue is very underrated and should be better known.

I know that’s quite a long list, but I didn’t know which one to leave out!

I can’t decide which dish is better, so I’ve included both of Chan Kong Kei’s specialties on this list.

Choosing between the roasted goose and roasted duck is like arguing whether 1927 for 1963 was a better year for Vintage Port.  At the end of the day, does it really matter?

A feast for grease and gluttons, try the heart failure first (roasted goose) before finishing things off with a side order of cardiac arrest (roasted duck).

While it’s absolutely true that neither dish is exactly good for you, the best things in life never are.

Shrimp paste probably isn’t something you’ve bought in the last decade or ever, but definitely give it a try when in Asia.  Powerful and potent, it’s precisely what makes this basic bowl of noodles sing. 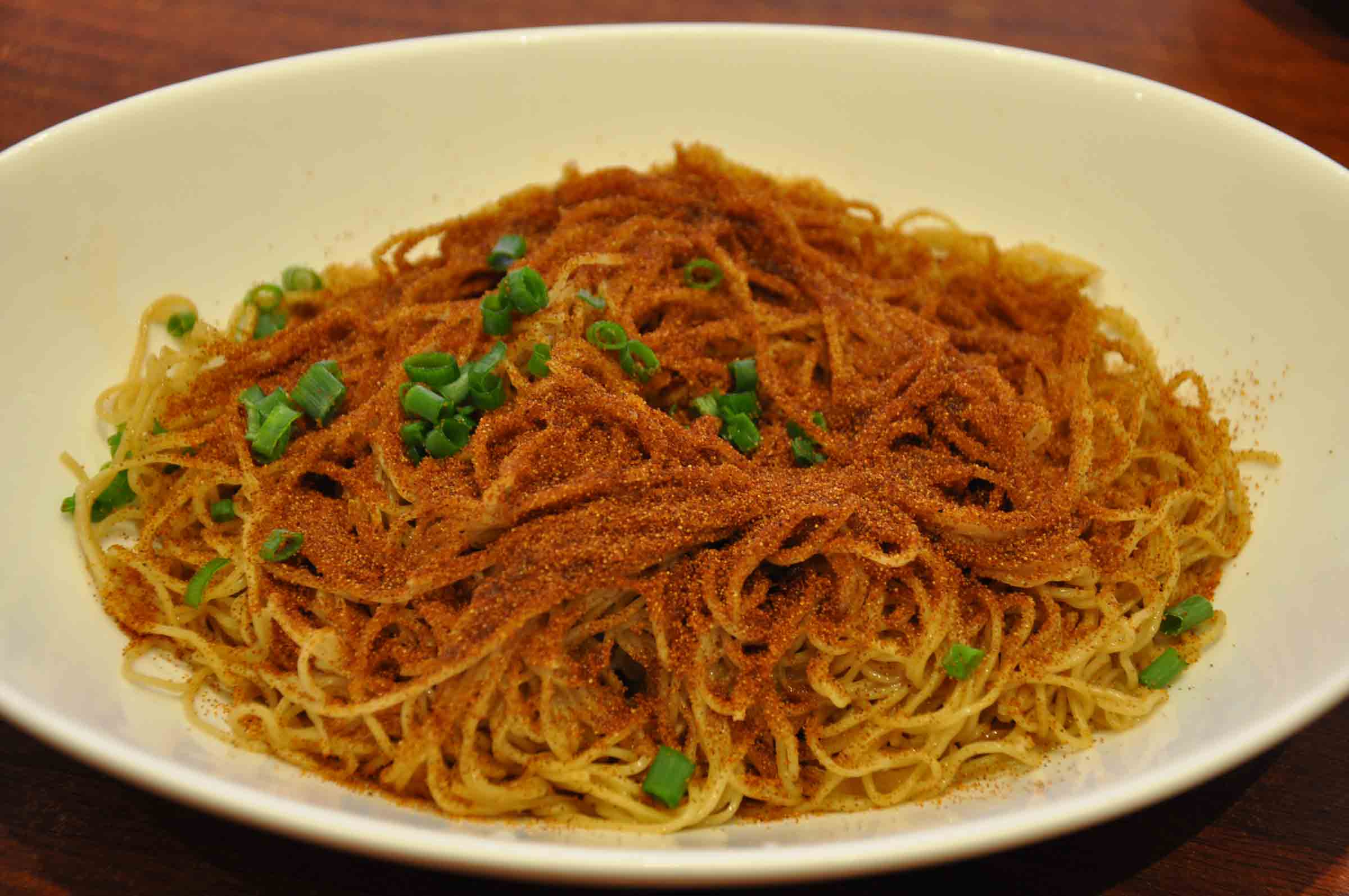 Located on Rua de Campo, Wong Kun Sio Kung is known as the industry leader for this dish, so I recommend trying it there.

After adding just a dash of spice and tea, the dish enters another stratosphere.

Dumplings are one my favourite foods in China, but they get a different name when served in soup, when they’re called wontons instead.  Returning to the same restaurant again, Wong Kun Sio Kung serves up a meal bowl using shrimp dumplings that’s a taste explosion from start to finish. 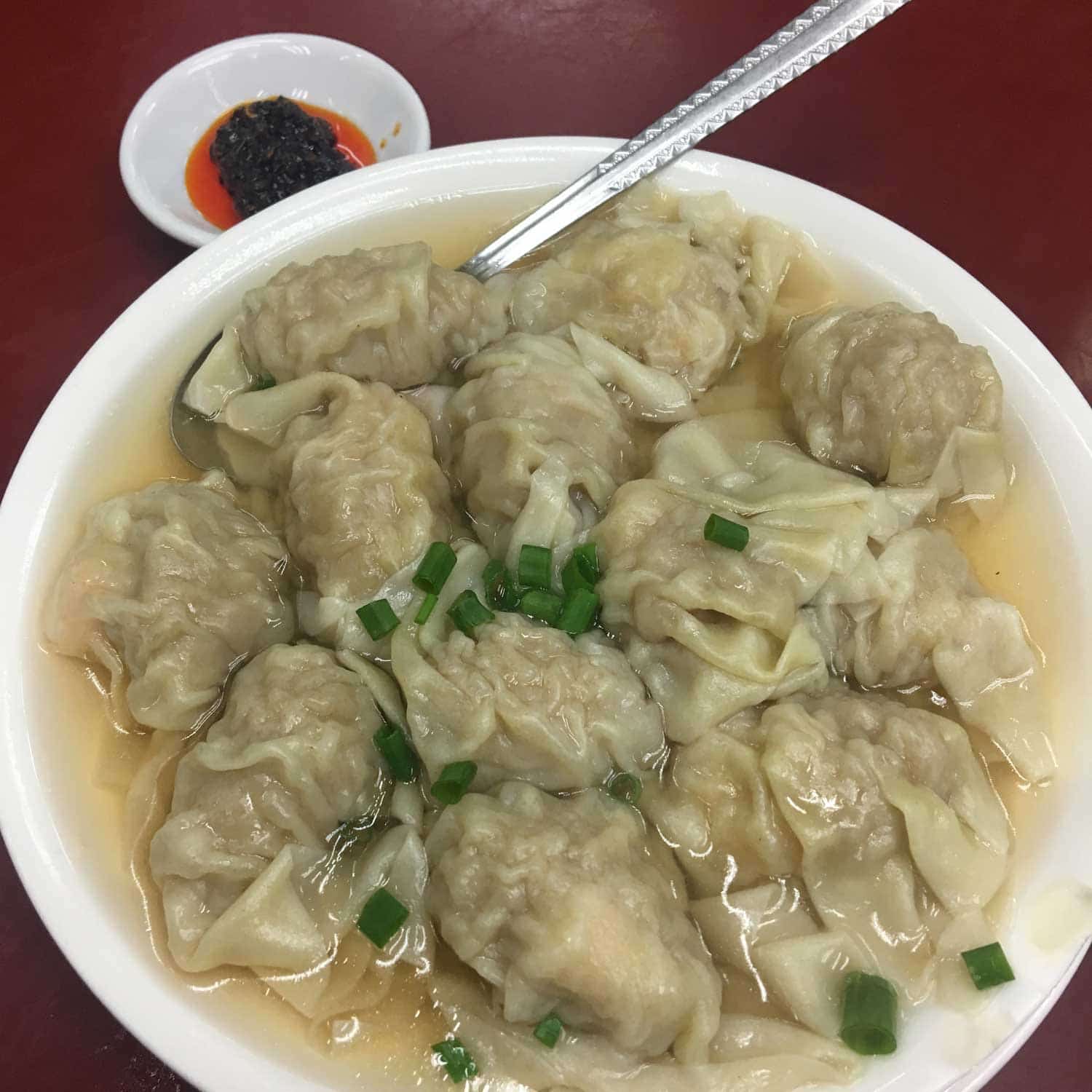 Admittedly a little pricey, I’ll pay the premium every time for soup this good.

Roasted Pigeon is a time honored Cantonese classic that’s extremely popular all over the south of China.  It’s one of Tim Kitchen’s special dishes and the price is right too, only $120, which is just fantastic for a 1 star Michelin restaurant. 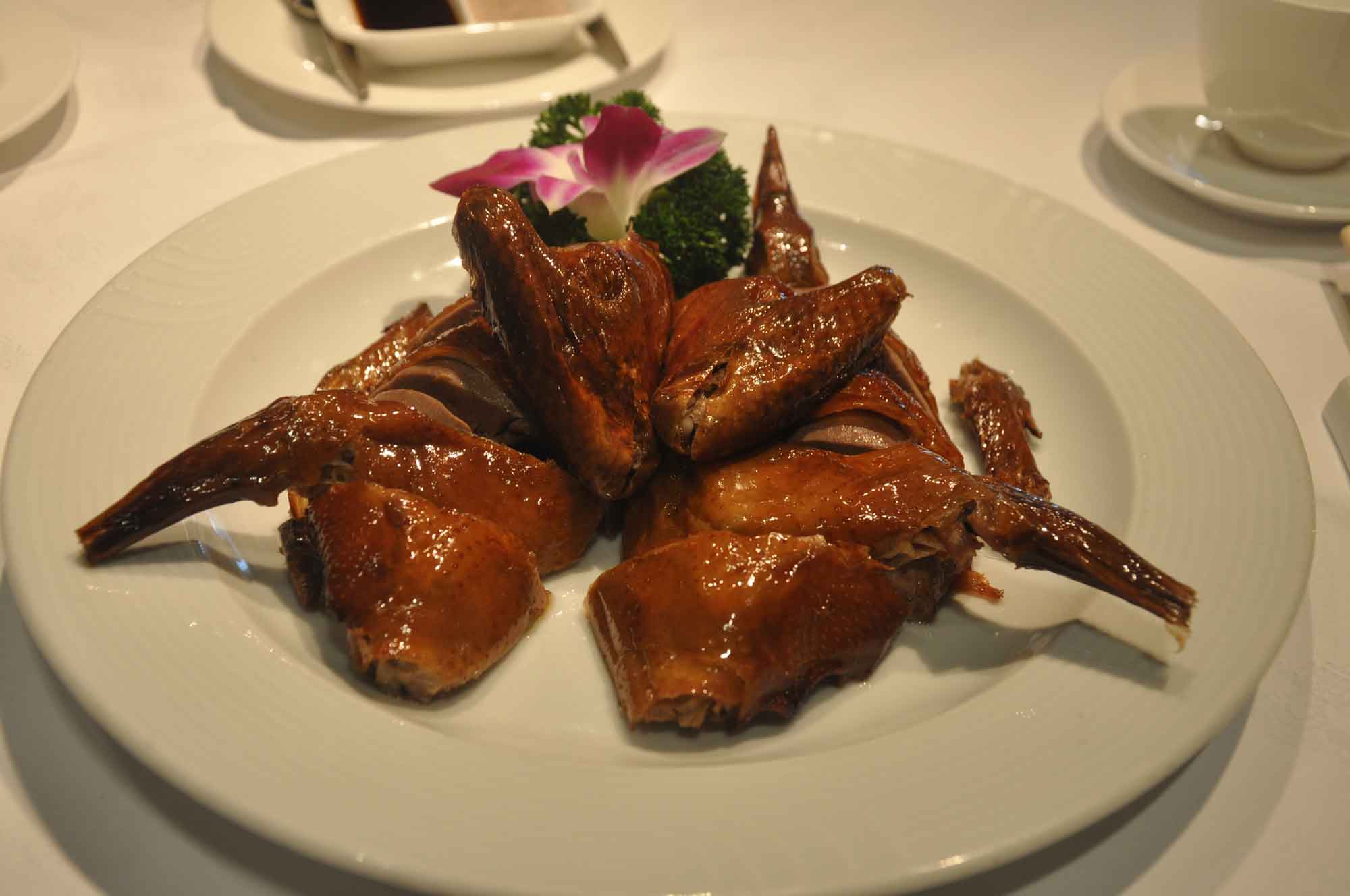 Much like the goose and duck above, it’s as succulent, tender and juicy as the day is long, and a definite must try when in this part of the world.

Two things about He Fa: yes, they’ve doubled their prices since the glory days of 2013, and yes, they still serve the best seafood in town.

Nestled right up against the water, it’s one of Macau’s most picturesque dining venues, where you can sit outside and watch the sun go down over the Inner Harbour. 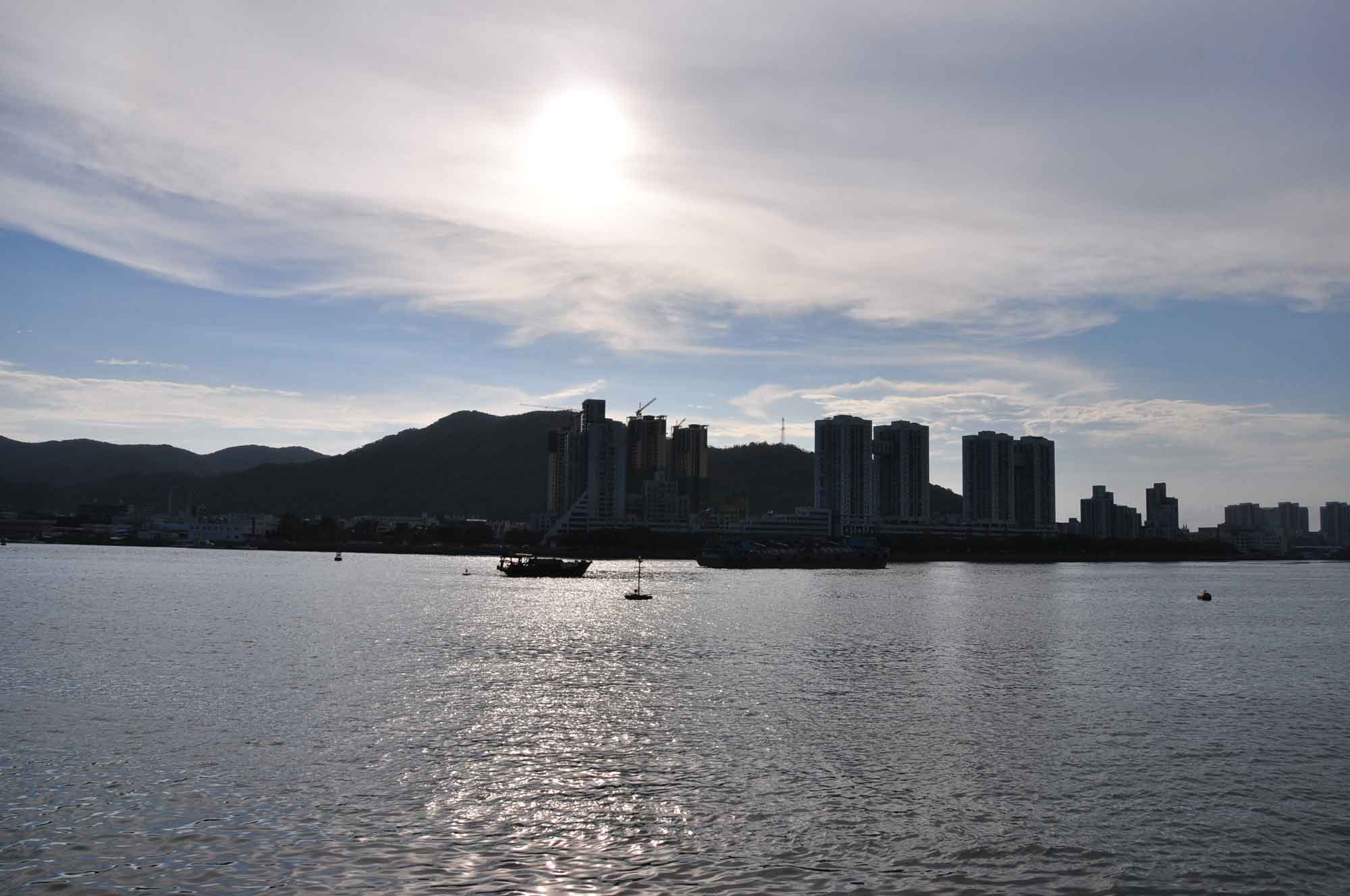 While the restaurant still could still a serious facelift, and it’s no longer the amazing value it once was, the clams, oysters, soup and shrimp remain second to none.

Ordinarily I’d advise you to only frequent local Cantonese restaurants on the street, but 8 and La Chine might be too good to pass up.

This perennial 3 star Michelin restaurant has been setting the standard for Cantonese dining since opening in 2006. 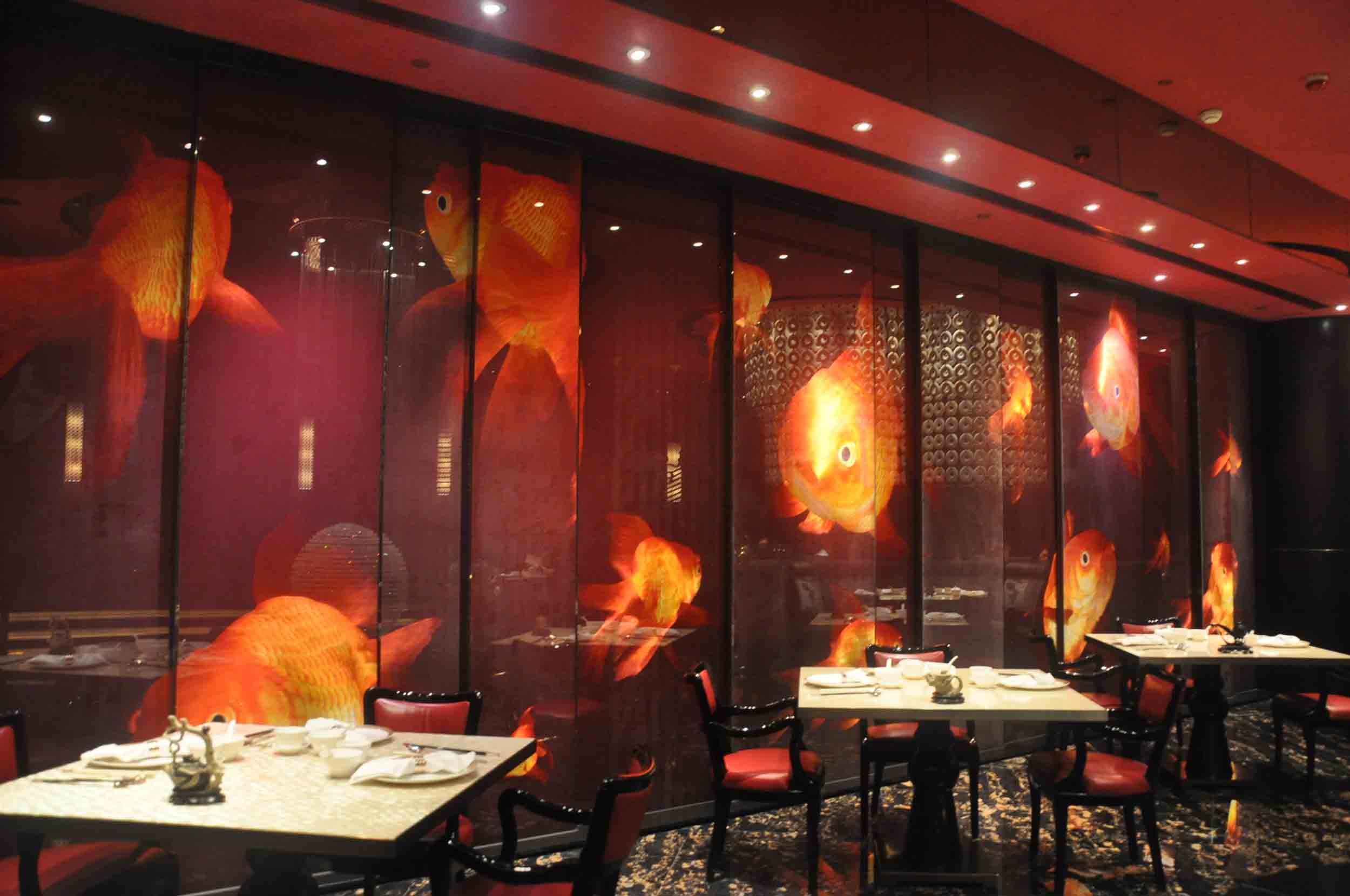 Macau’s last standing original teahouse, Long Wa offers unparalleled atmosphere, and is just a treat to be in. 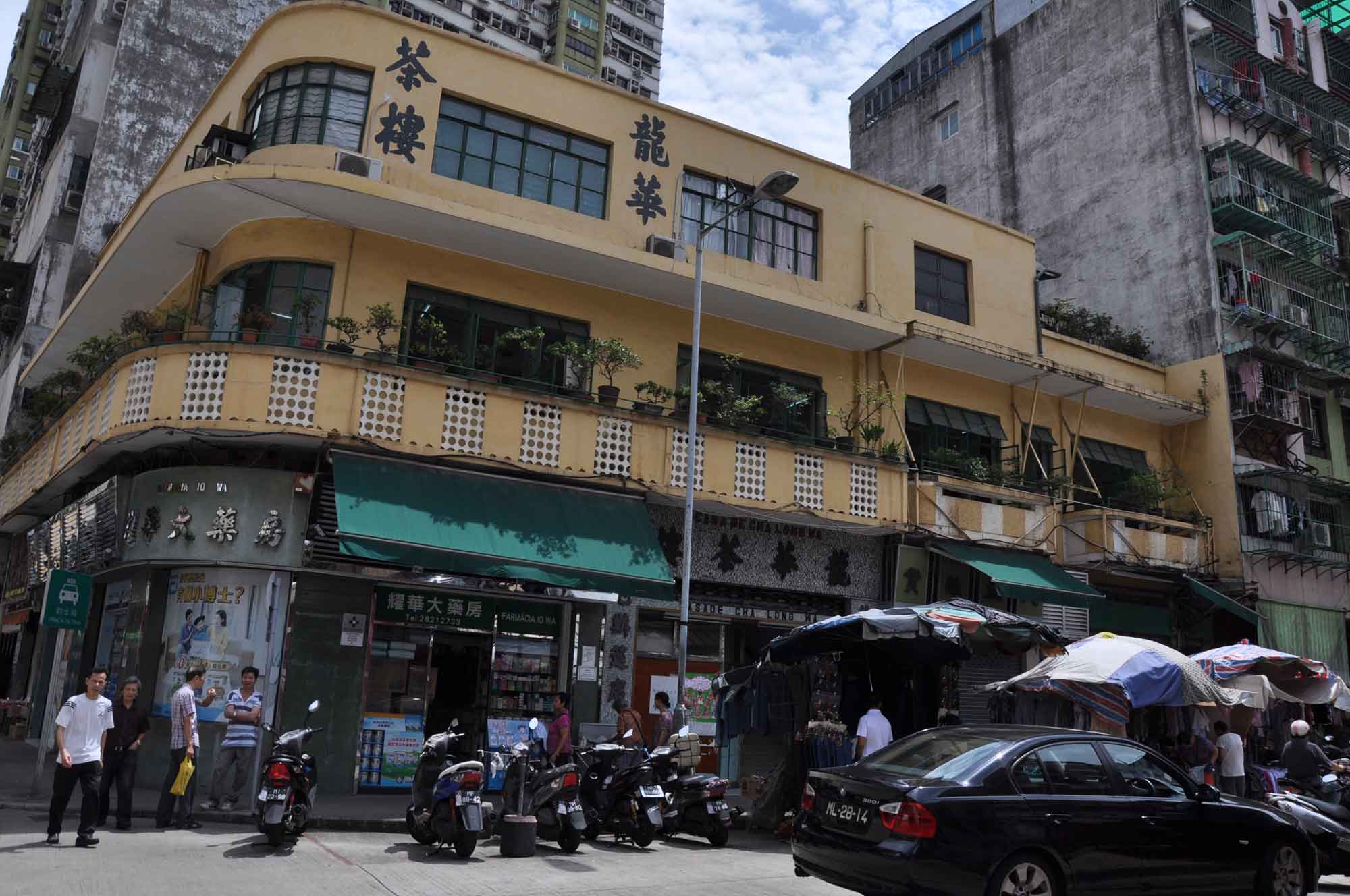 For a modern twist, try the European infused French fusion magic on the 6th floor of Macau’s Eiffel Tower; the dim sum is a must order. 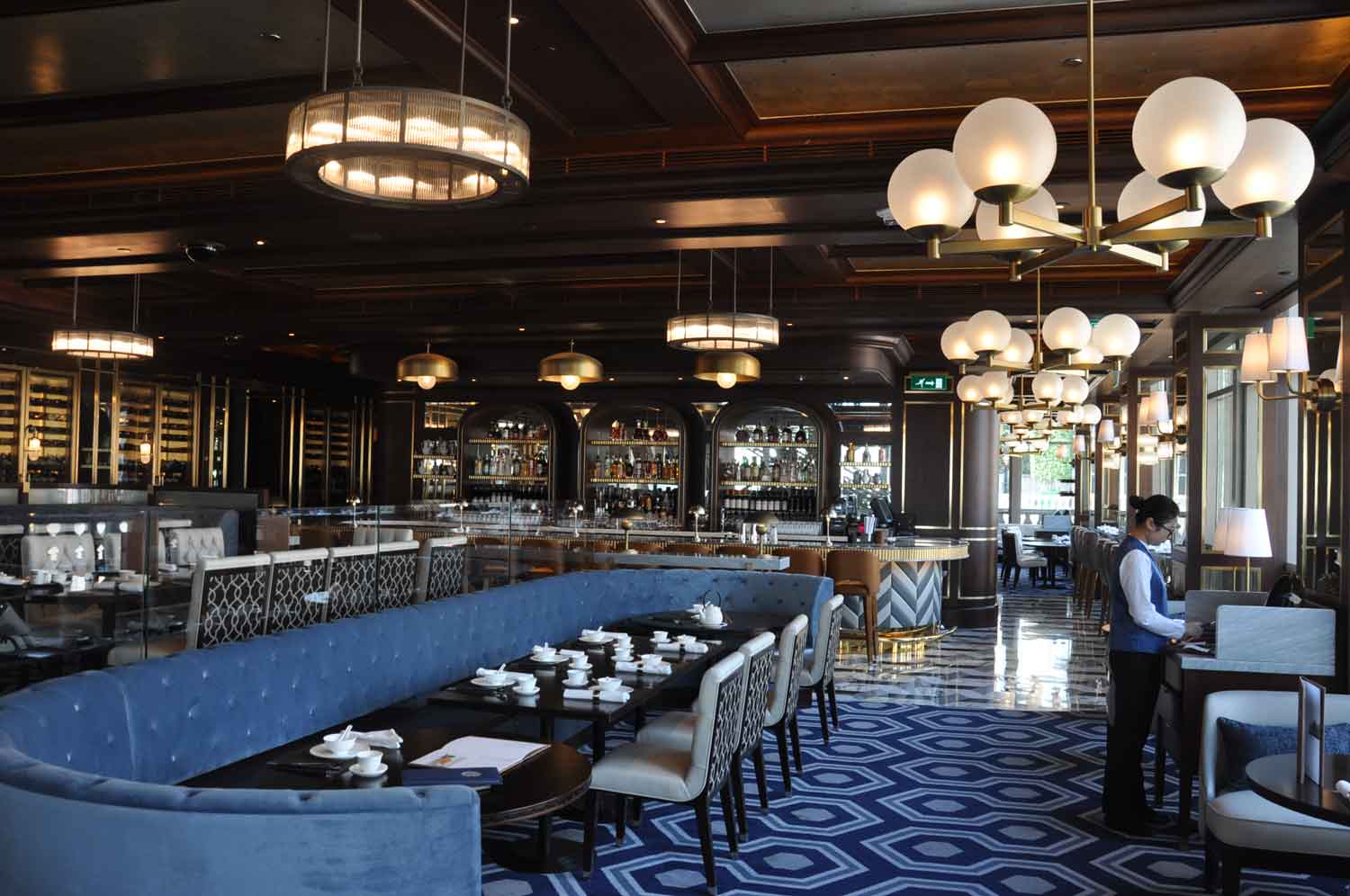 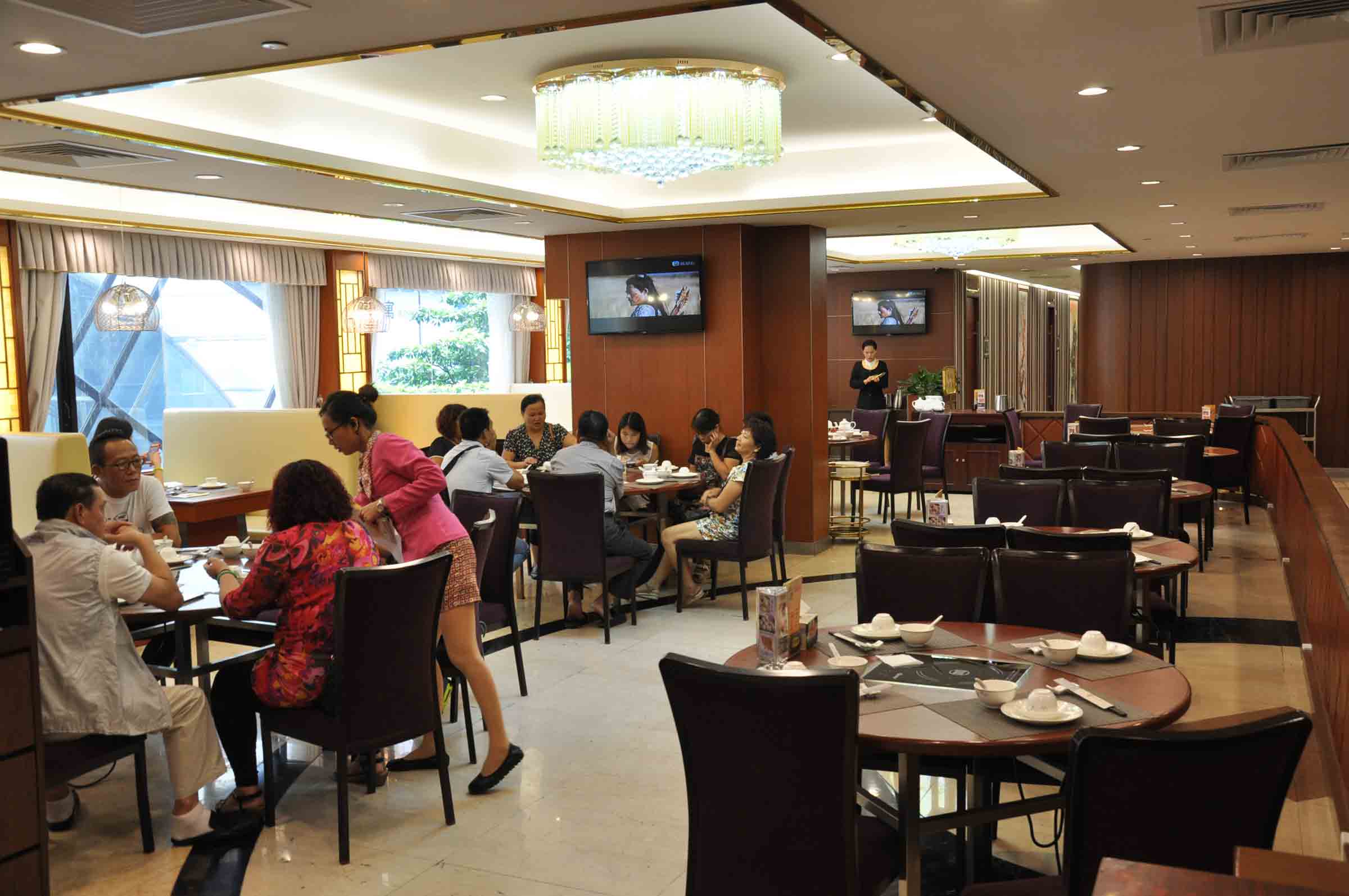 The best seafood restaurant in town offers outside seating and smoking views of the Inner Harbour.

Have a look at our restaurant review here: He Fa Ma Tou Mei Shi