Grand Emperor is one of Macau Peninsula’s newer hotels, having commenced operations in 2006.  Interestingly enough, Jackie Chan is said to hold a minority share in the venture.

Spanning 5 floors, the Emperor Palace casino offers 62 tables and 140 slots, along with some Live Gaming Baccarat.  Unfortunately, Roulette and Pai Gow are no longer available.

Live Gaming Baccarat is also available for $20 and $50.

The Emperor Palace casino has one program for slot players and another one for high rollers.

Slots program – Slots players have three different cards: a Red, Gold, and Black.  The Red one is the introductory card, while the Gold card requires 888,000 points to attain and the Black 9,999,000.  Slot points are earned on the following basis: every $100 bet results in 200 points.  Most of the prizes available for redemption are smaller things like shopping coupons and hotel vouchers.

VIP program – Grand Emperor’s program returns 0.7% cash back monthly, or 0.7% in complimentary allowance, down from the 1.0% it had been for years.  Comp allowance refers to money which can be used in the hotel to purchase rooms, F&B, or services in the Royal Thai Spa. 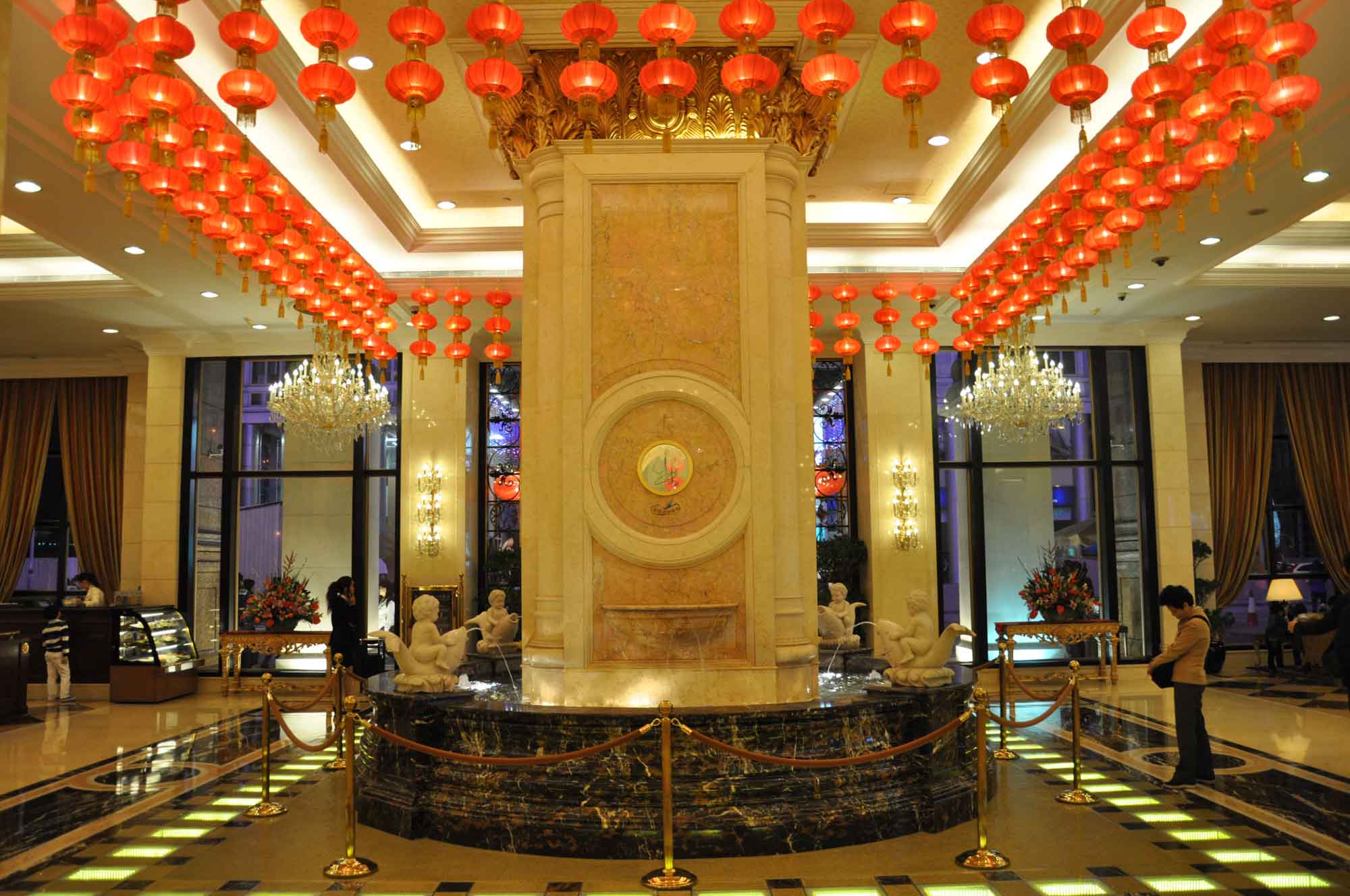 Is this Macau or the mainland? 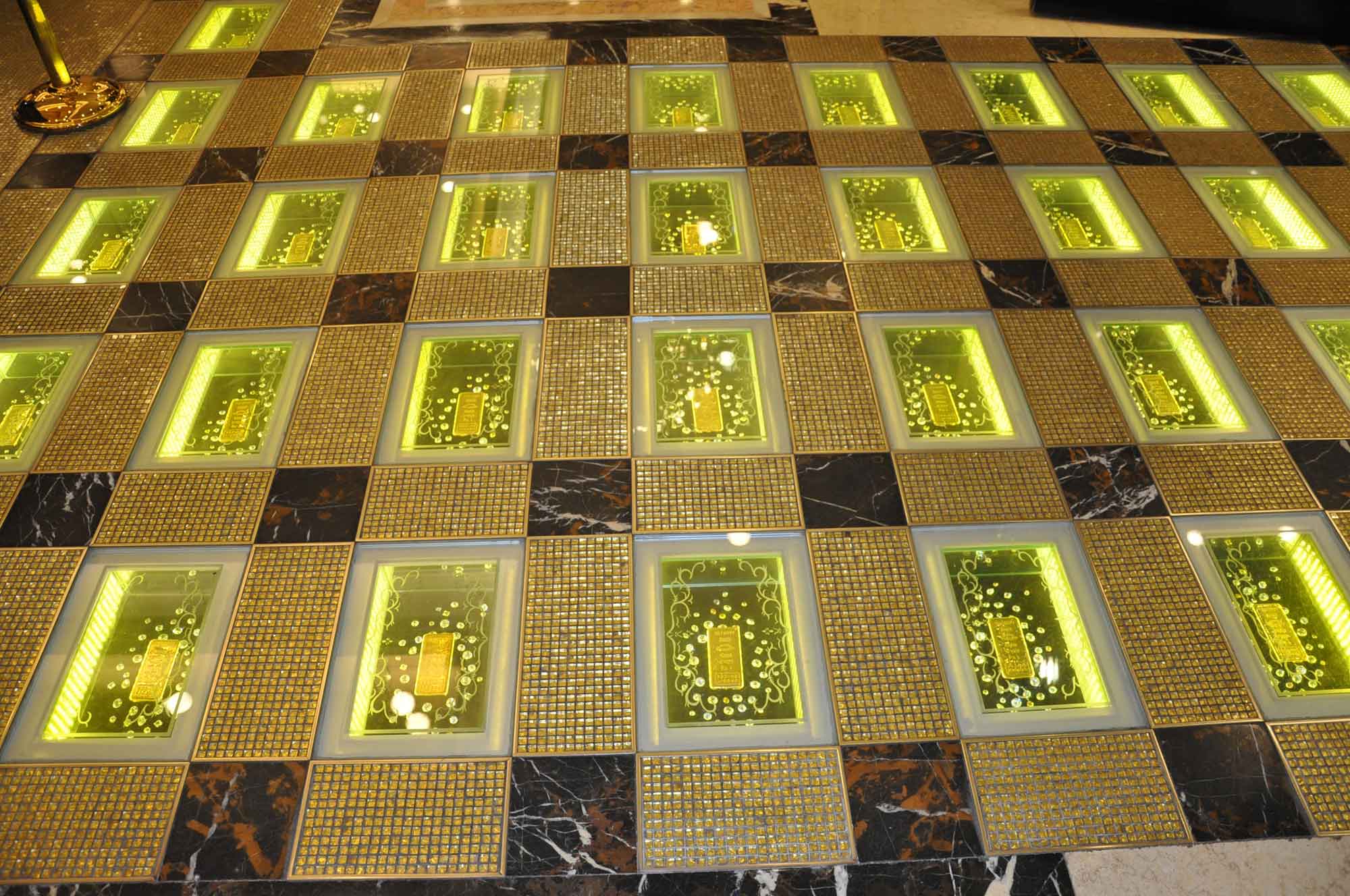 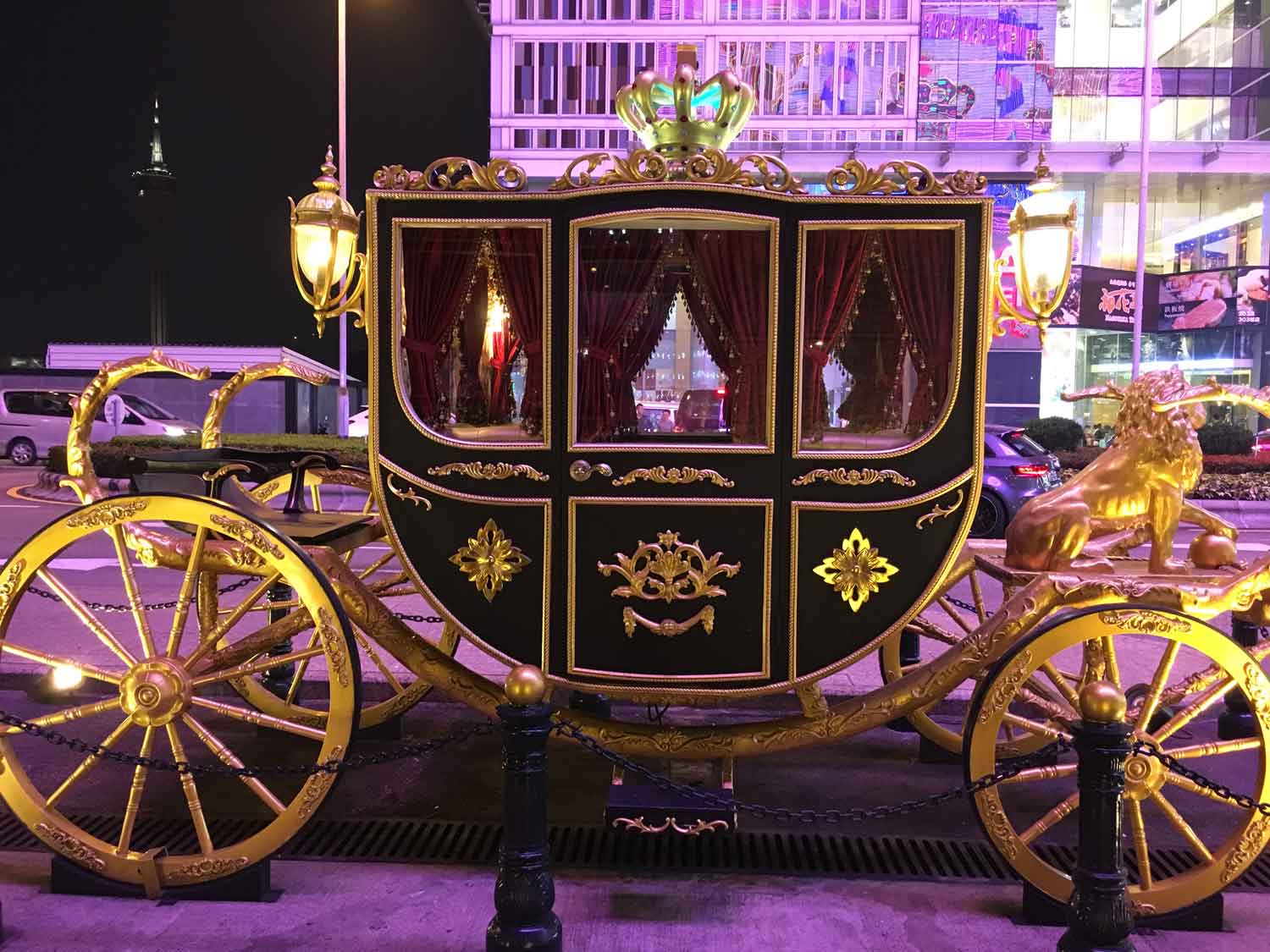 The Grand Emperor website has quite a few special promotions related to room deals.  Let’s start with the most basic one.

One adult who has a birthday in the same month can qualify.

If you’re not interested in any packages, I think it’s possible to snag Standard rooms for between $800 and $1000 Mops per night, if going through an Agoda or Trip.com. 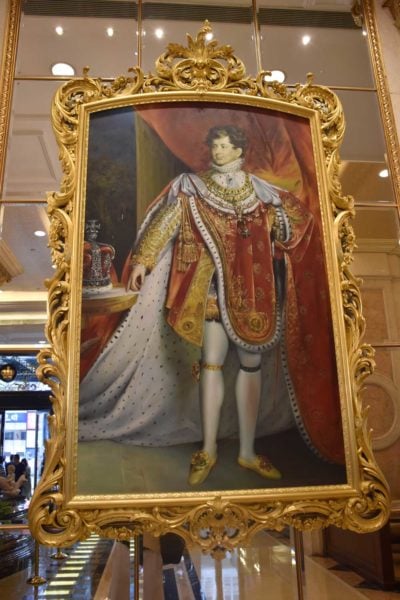 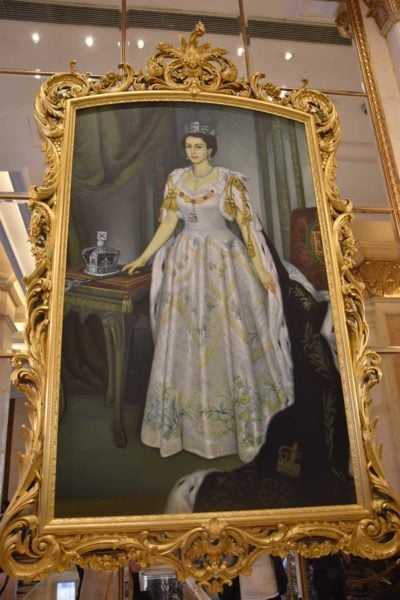 The Grand Emperor has a trio of restaurants that each does a different kind of cuisine: Chinese, Western and Japanese.  Prices across the board are all pretty decent.

The Royal Kitchen – Royal Kitchen is also located on the 9th floor, across the hallway from Grand Emperor Court.  It offers three buffets daily composed of Asian and Western fare.  Prices are as follows:

I didn’t see any information regarding the lunch and dinner buffets they’ve run for years; perhaps they’ve been discontinued.

The Royal Thai Spa – The Royal Thai Spa is completely legit and offers a good assortment of massage and beauty treatments.  A little cheaper than most hotel spas, 1 hour massage only costs between $480 and $900, while 1.5 to 2 hour varieties top out at $1250.  Facial treatments run $950 to $1250 and all manner of body work including scrubs, masks and wraps are $500 to $650.

2.5 hour long packages are the most expensive things on the menu costing $1500 or $1650.  If you just want to use the sauna or steam room, the door pass is $200, but neither facility is very large.

The Excellent Sauna – This little beauty is a blast from the past, as all of the hot posters in the hallway have sadly been removed.  Maybe people are right when they say Macau is only getting worse! 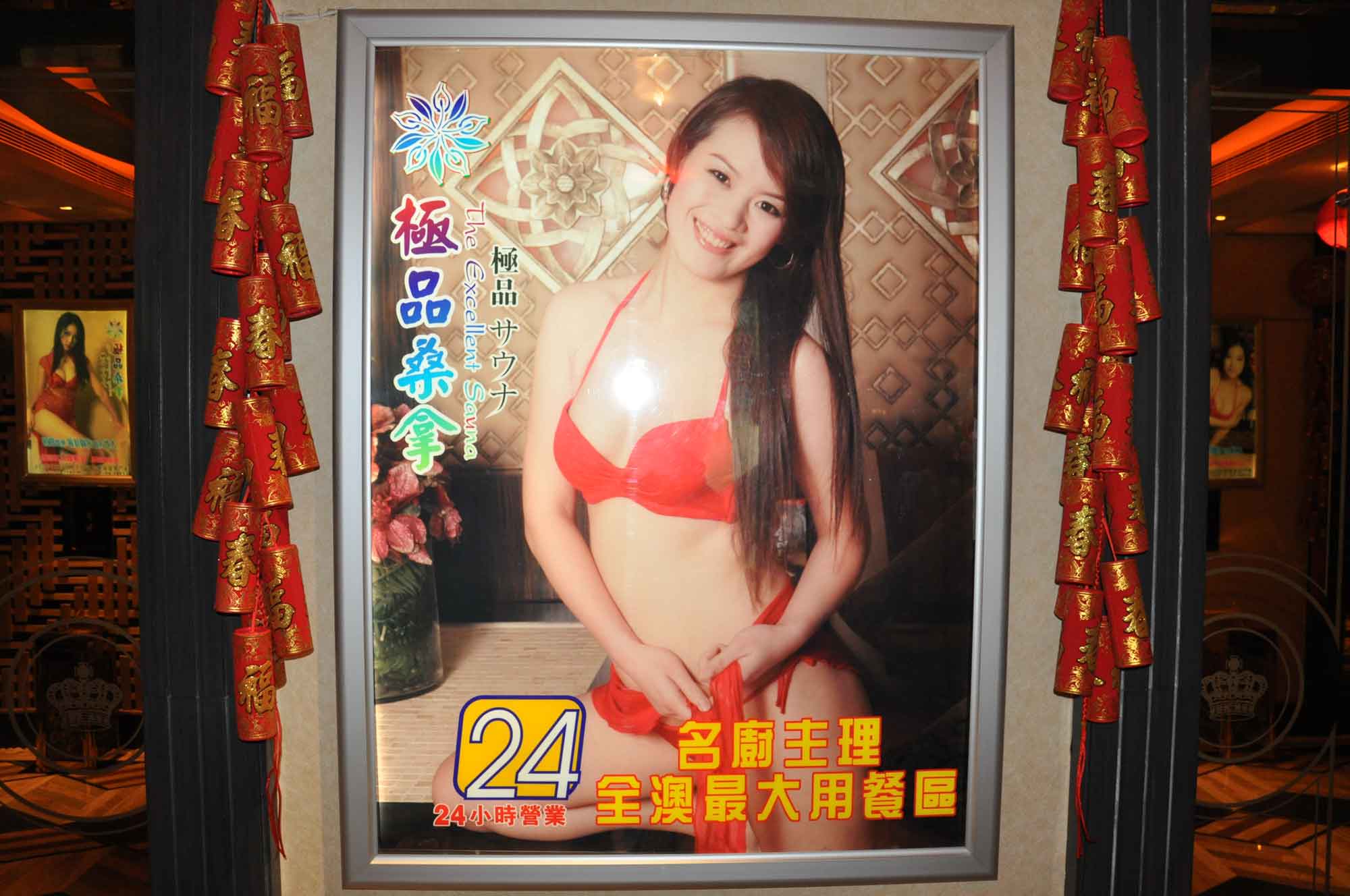 Located on the 10th floor, Excellent Sauna is open 24 hours.

Lobby Lounge – Well appointed lobby bar offers snacks and sandwiches for $80 to $108 while a cake set is $85. 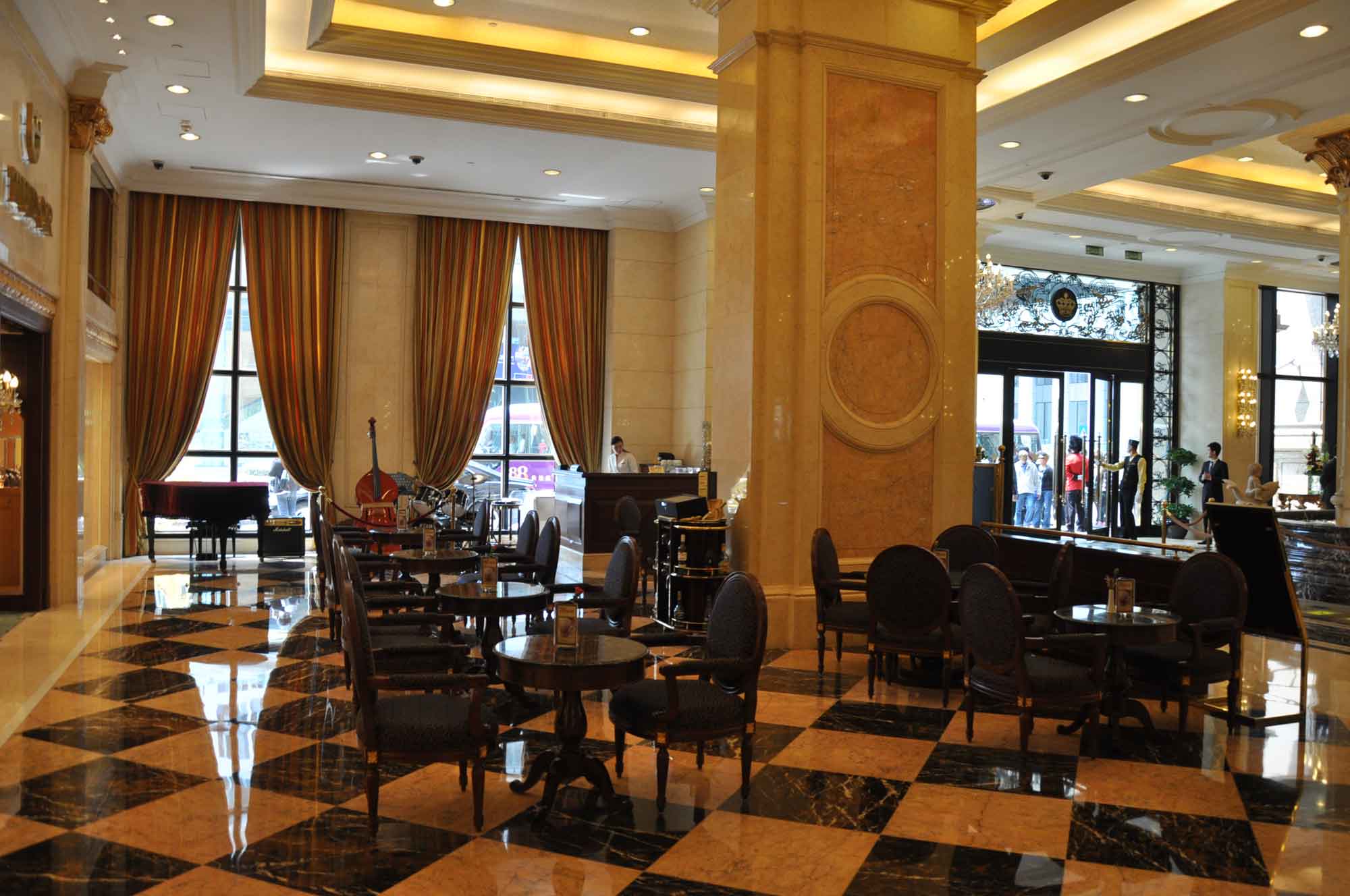 Club Deluxe – I visited Club Deluxe about a decade ago and learned it was nothing more than a brothel masquerading as a KTV.  The young Filipino Mama San laid it all out for me, explaining that the whole experience ran around $2500.  Fast forward to the present day and I’d imagine it’d set you back $3500 at least.

The price of guilty pleasures is really getting out of hand.

The Grand Emperor puts on one hell of a good show with its Buckingham Palace guards, fancy carriages, and gold bars, but don’t let appearances fool you. 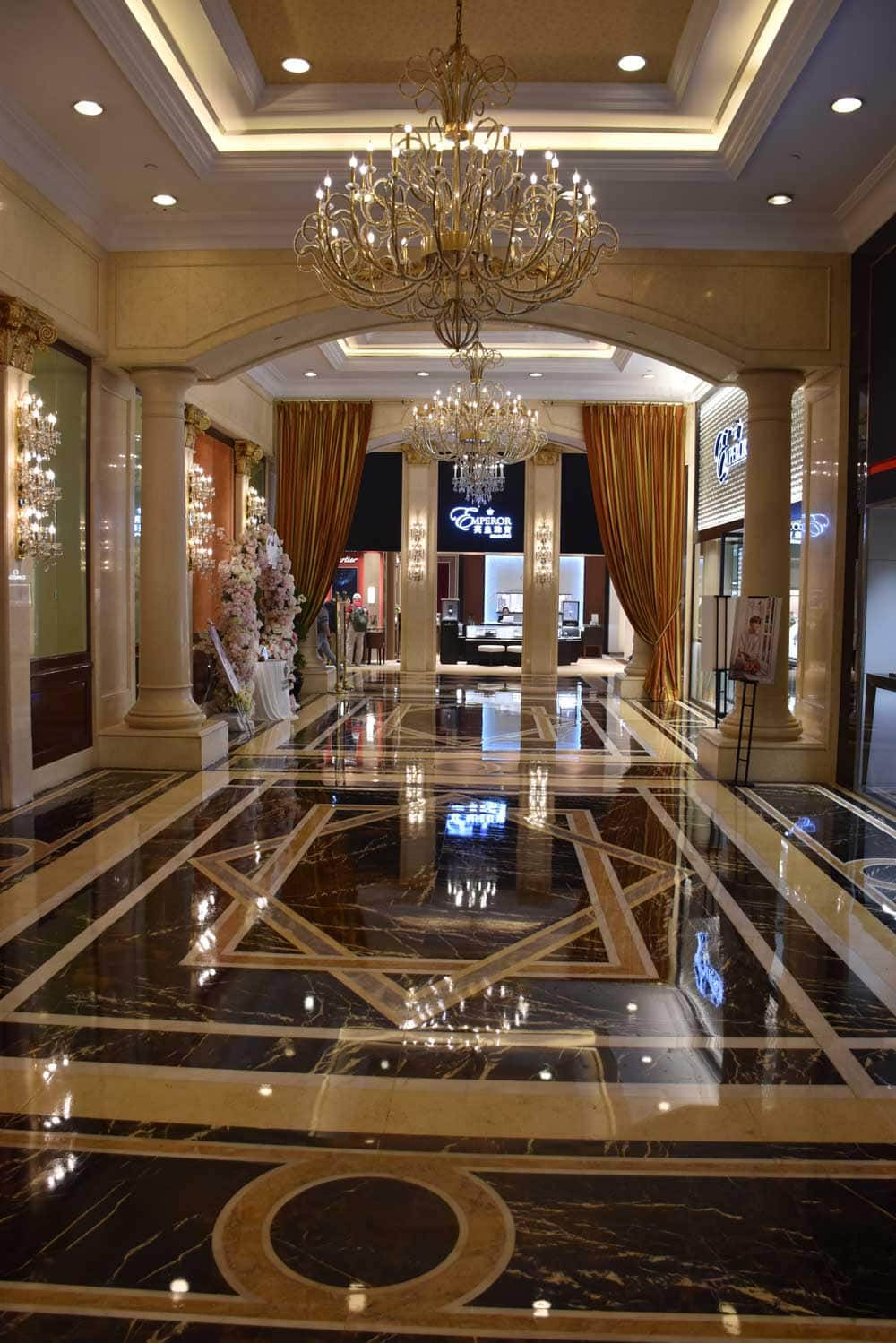 The hotel is basically a pimped up version of the President or Fortuna built a decade later, with prices to match.  I’ll gladly keep the extra $300 Mops in my pocket thank you very much, and stay at the Sintra instead. 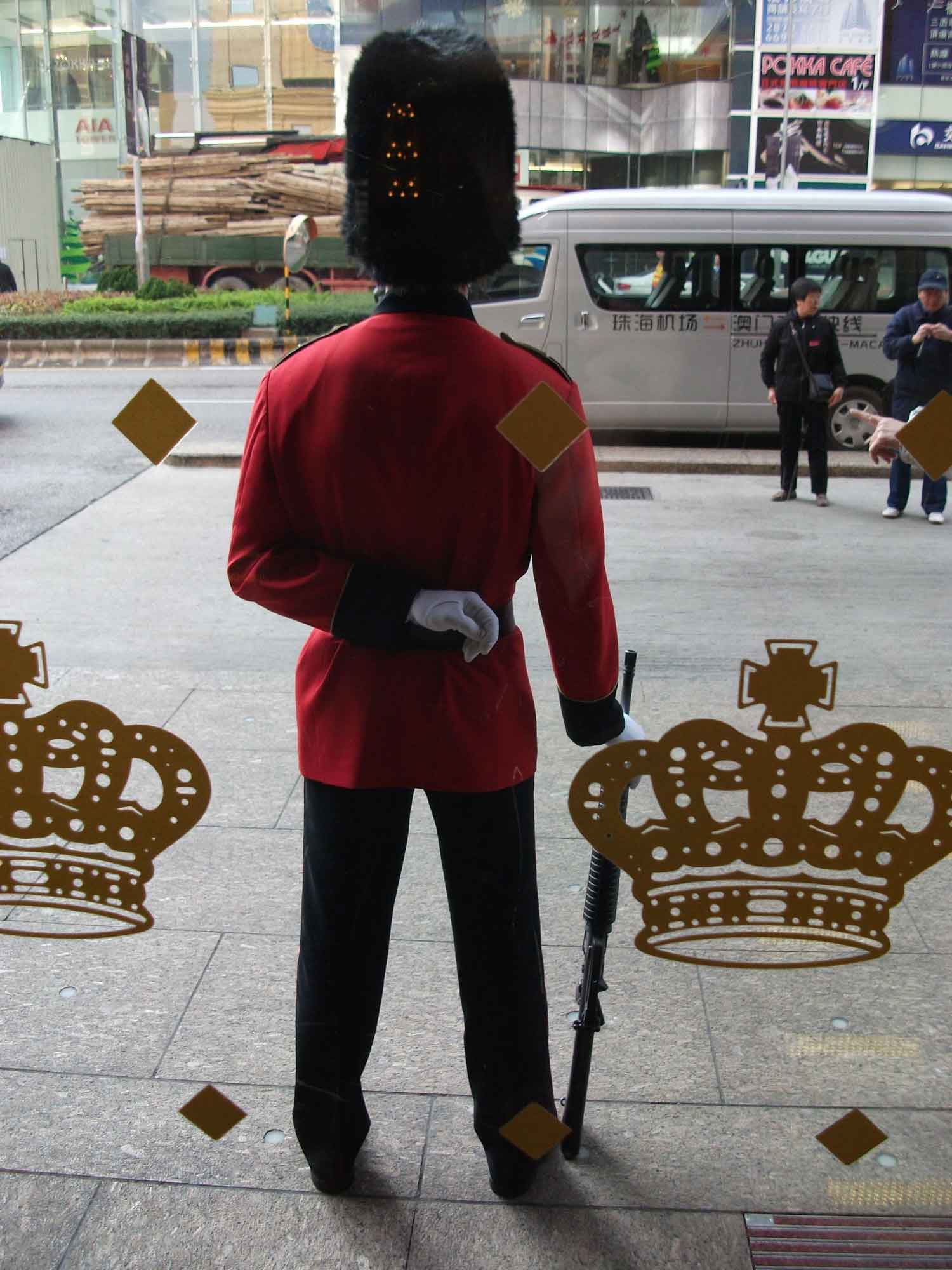 With this Grand Emperor, all that glitters is certainly not gold!

At least it has a very good location, right beside New Yaohan shopping mall one block west of the Grand Lisboa.