Sometimes location can make a hotel totally irrelevant and that’s the absolute case with the Macau Roosevelt.  They like to market it as part of the Cotai Strip, but it’s actually stuck in no man’s land by the racehorse track, about a 30 minute walk from the Galaxy.  Under no circumstances would I ever consider staying at this hotel, unless I got to live there for free, and someone covered my transportation expenses.

When plans for the Roosevelt were announced in 2015, the words were big and the vision was brash.  Modelling itself on the iconic Hollywood Roosevelt Hotel that opened in LA in 1927, it promised to bring all the sex, scandals and seductions of 1950’s Tinseltown to Macau, with an exotic retro twist.

Think big and then think bigger: think Marilyn and Marlon, think Jimmy and Liz, all at the height of their powers and in their prime, larger than life and still alive.  With fever and flamboyance, the Roosevelt Macau was going to feature an exclusive nightclub, wine and cigar lounge, movie screening rooms, private pools and cabanas, and be the new hot spot for VIP’s, high rollers, fashion mavens and music stars alike to mix, mingle and be seen.   A modern Hollywood Revival was coming to Macau, and the Roosevelt was going to be at the center of it all.

Fast forward to the hotel’s grand opening in July 2017 and all those bold words are nothing but marketing bluster and broken dreams.  Nothing about the hotel screams Hollywood, glamour or seduction; there’s no nightlife, no celebrity, no pageantry, no pomp, no circumstance and quite frankly, no hope.  Without a doubt, the future business of this hotel will rely heavily on tour groups and uninformed guests who’ve made a big mistake.

The Jockey Club casino has to be the worst one in all of Macau.  They’re trying to get a Poker Room going but it’s got no shot at success.  Whoever made that call needs to be shown the door ASAP.  Just what in the F did they expect was going to happen?  Poker rooms failed at Wynn Cotai, at Galaxy, at the City of Dreams, and yet the Macau Roosevelt is supposed to drum up serious action?  Are they being serious here?

Other than the poker tables which I’ve never seen anyone using, there are also two Baccarat tables with $1000 minimums.

The casino used to have a VIP presence when it first opened, but the operator pulled the plug less than 6 months in.

Move along people, there’s nothing to see here.

The 13 floor Macau Roosevelt offers 368 rooms and suites.  If the hotel were actually located on the Cotai Strip then maybe I could get behind it and endorse it, but you’ll be a long way from anywhere if you choose to stay here. 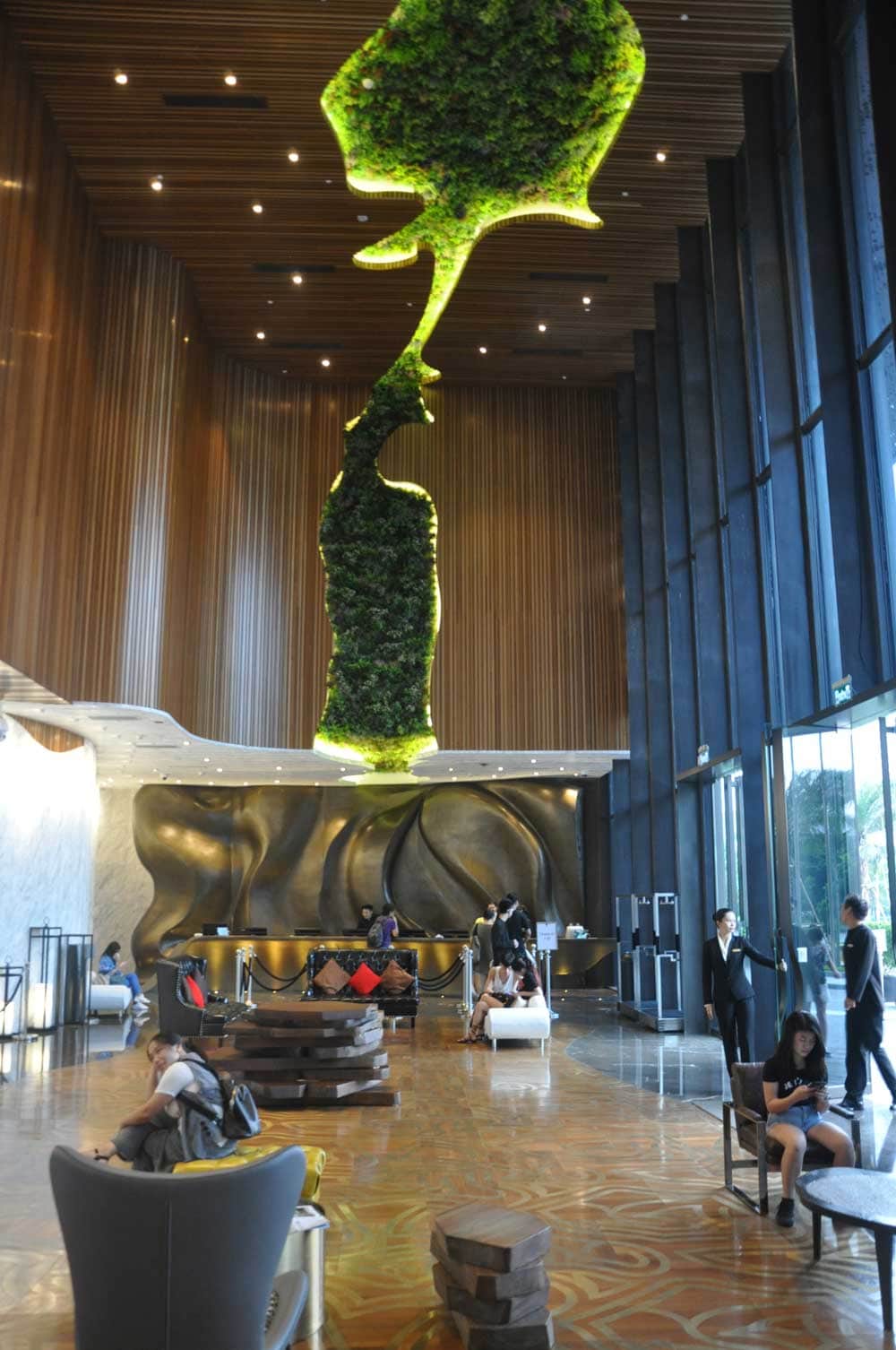 Room prices are as follows including all tax and service charges.

If you go through Agoda or Booking,com though, Superior Twin rooms should be closer in price to $850 Mops per night.

Word to the wise about the Suite Sea Twin as well.  There really isn’t much water in this part of Taipa, just a narrow channel that separates Zhuhai from Macau.  Back during the dark days of my 3 year entry ban, I was scouting it heavily as a possible place to swim in under cover of the night.  Oh the memories!  Oh the desperation!

The Macau Roosevelt is up to 2 restaurants, with the unveiling of the Dragon Chinese Restaurant.

At lunch dim sum takes over, with most selections under $45.

There’s also a 5 course set meal available for only $398, which can be enjoyed by 4 people.

In the morning, there are two breakfast options, a set meal and a buffet, which strangely cost the same thing, only $128. 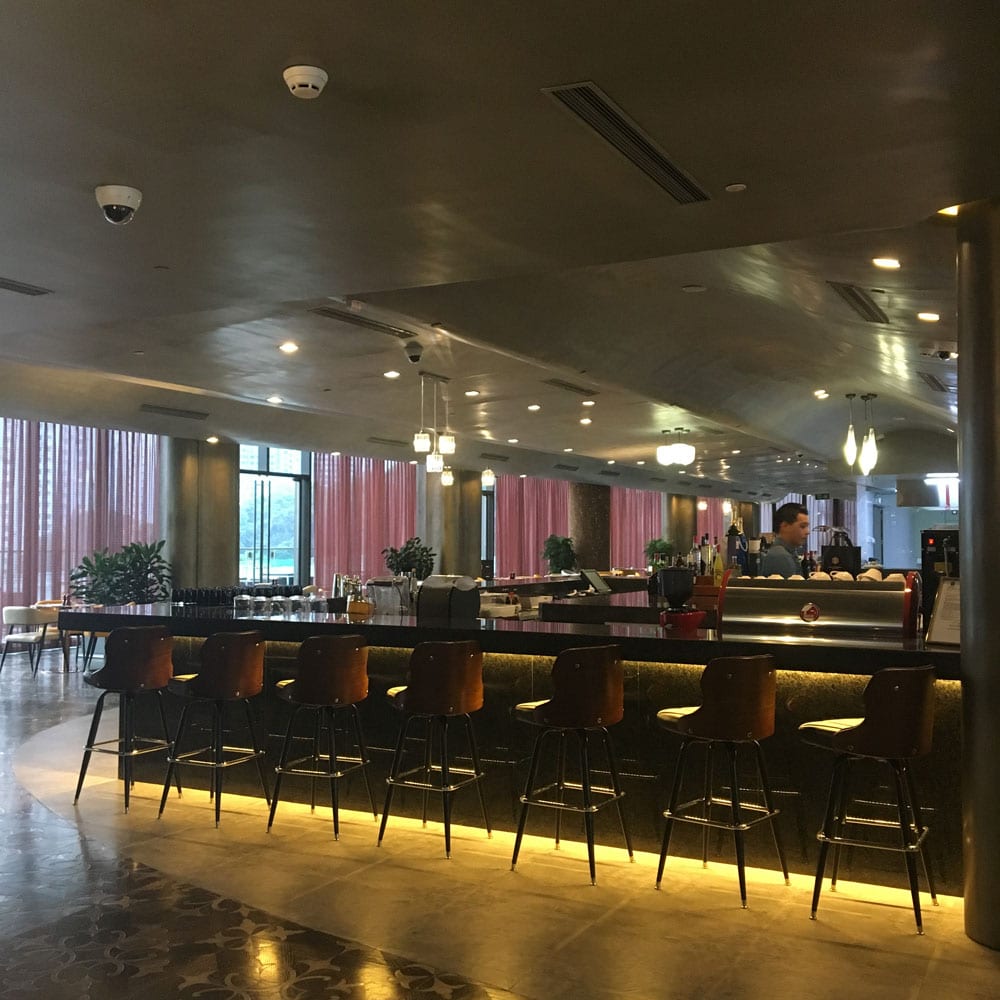 The restaurant is reminiscent of one big canteen, with no scene, soul or splendor.  With such an abundance of space though, I’m sure the tour groups will eat comfortably there every morning. 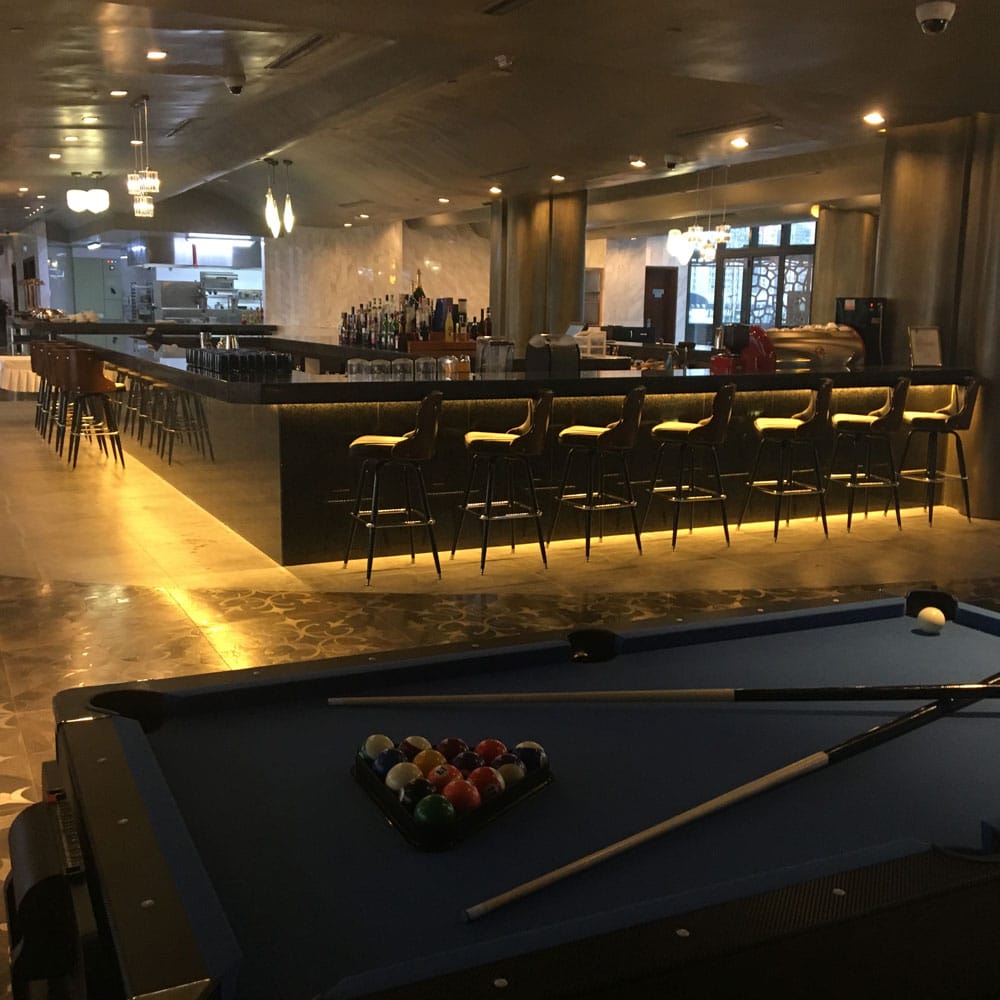 The Macau Roosevelt has a nice outdoor pool, with great views of the adjacent Jockey Club. 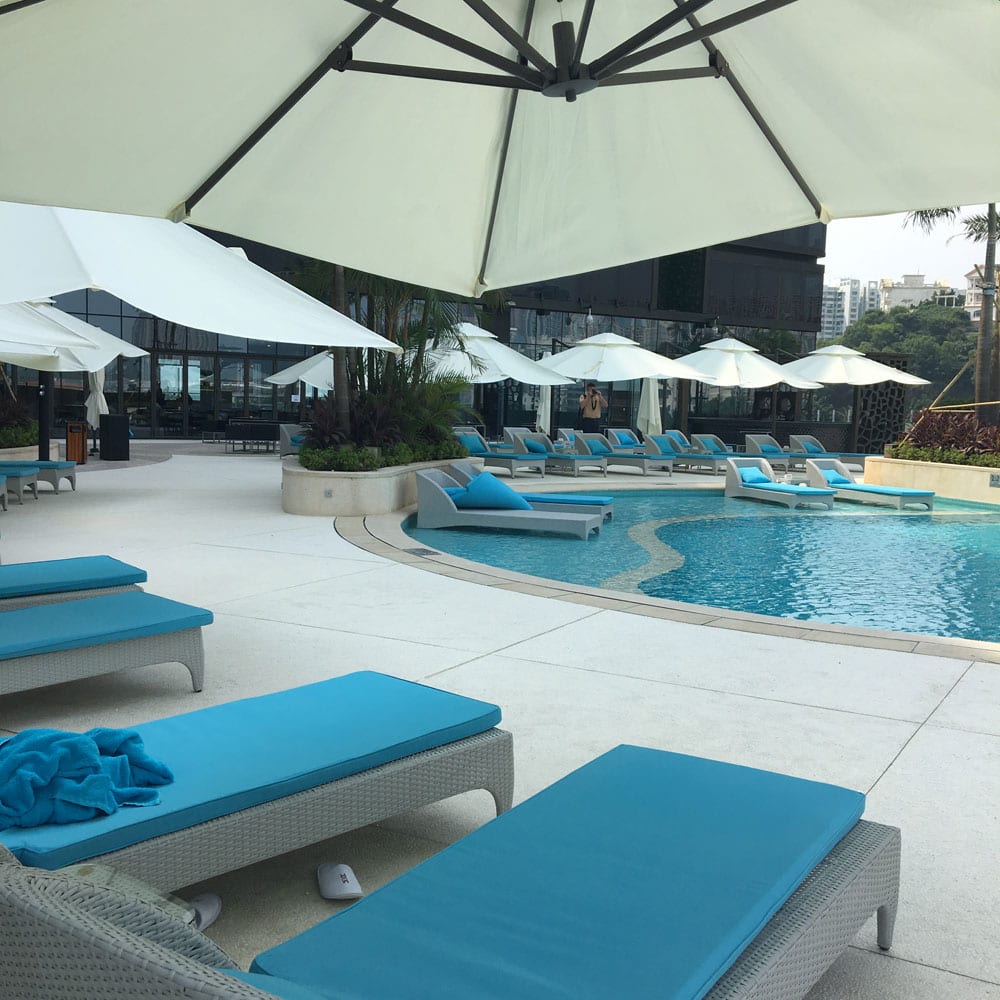 It has the potential to be a pretty happening place, especially if the hotel ever gets around to holding those super seductive pool parties mentioned on the website.  Barring that, I don’t think live in guests will use it that much, which might obliterate much of the appeal. 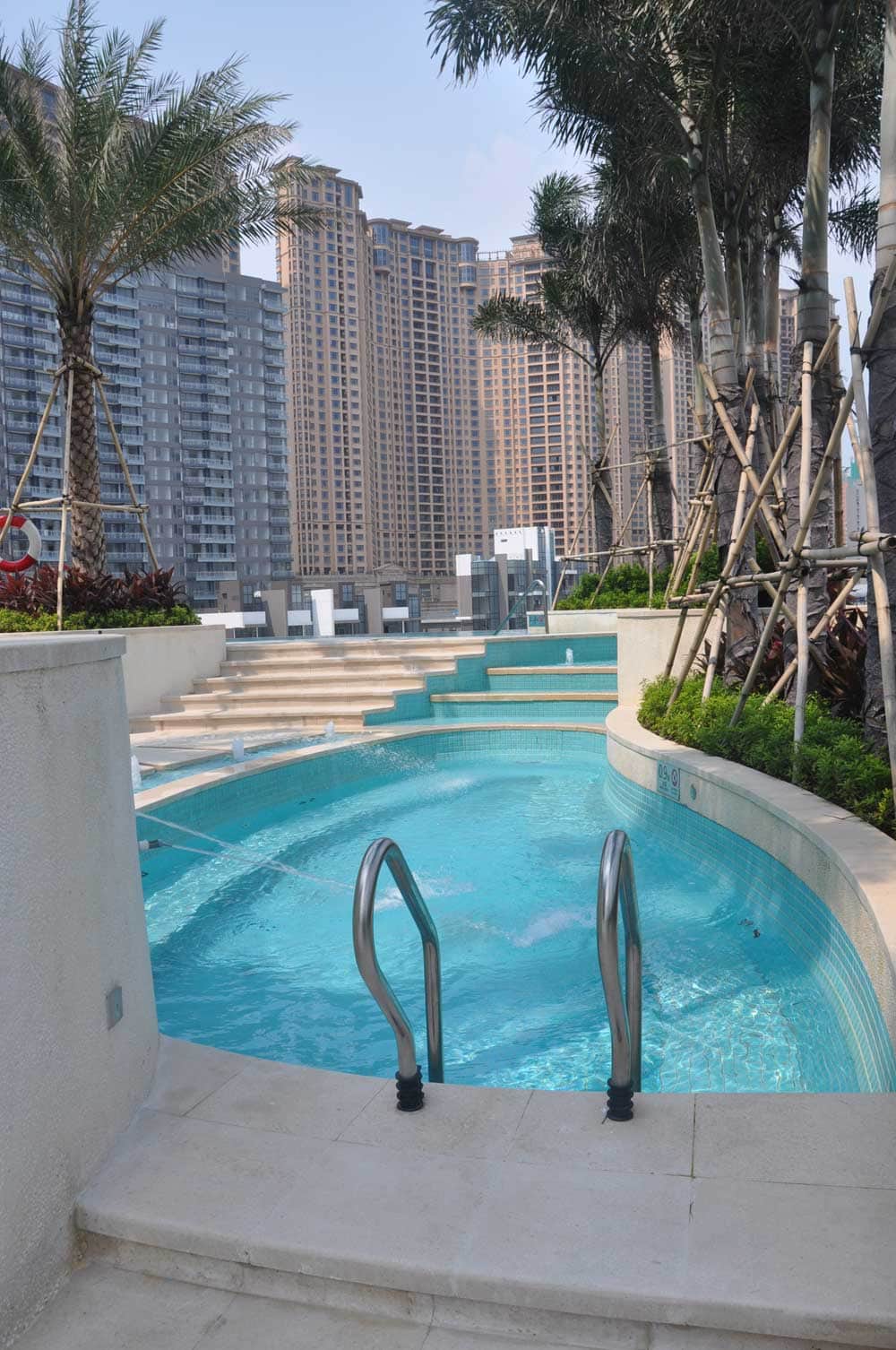 Along with the pool, the only other highlight at the Macau Roosevelt  is the fitness center.  It rocks a lot of space, as well as enough free weights and heavy duty exercise equipment to get the job done.

Getting a full workout there definitely won’t be a problem. 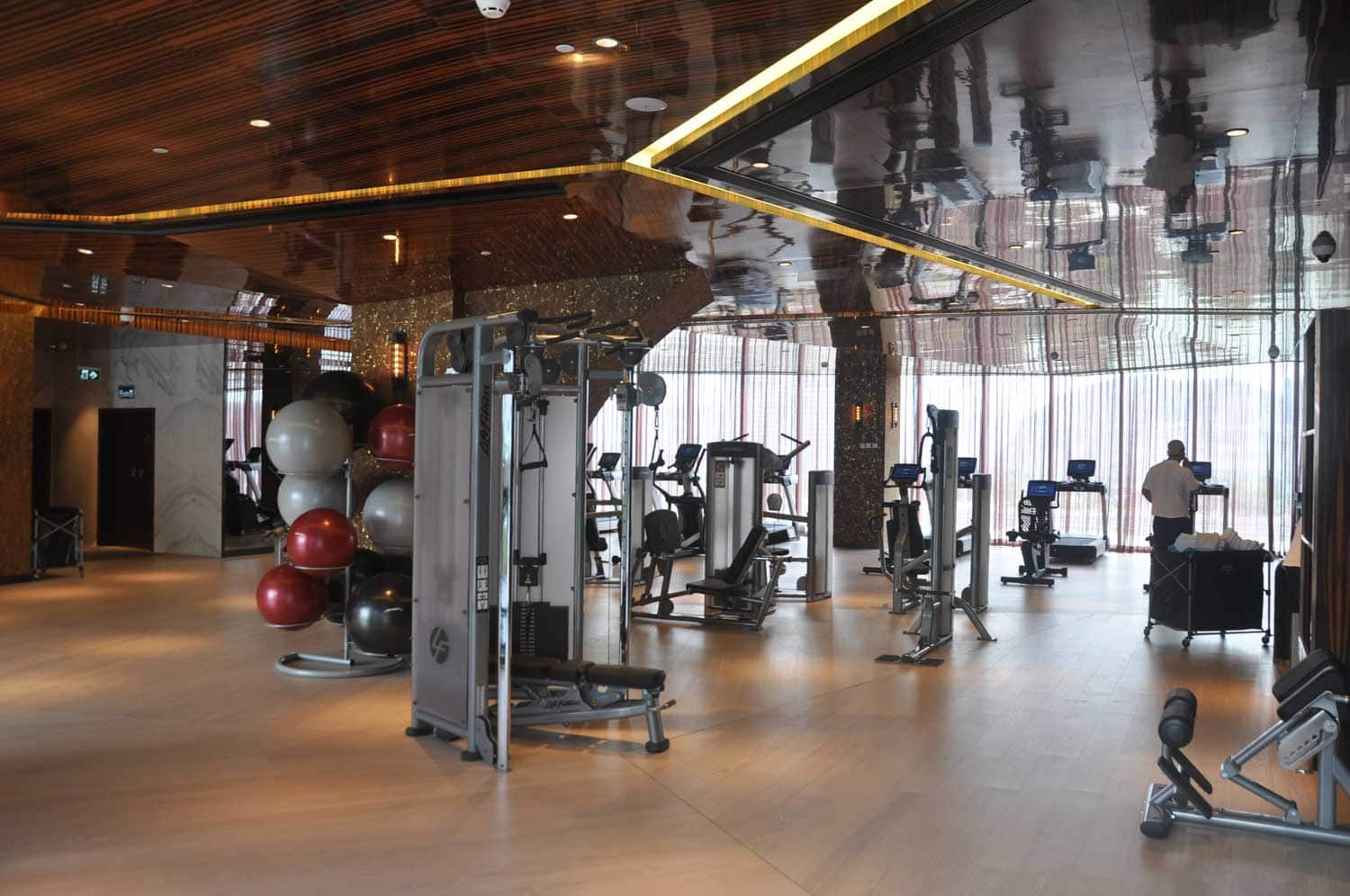 Located on the third floor, hours are from 8 am to 10 pm daily

The Roosevelt has one pathetic lounge adjacent to the lobby called Swiss Time.  Give it another 6 months and I wager it’ll be shuttered for good too.

I have no idea what time Swiss Time keeps, but does it really matter anyway?

Unless you have some reason to stay near the Jockey Club (and most travelers never do), then the Macau Roosevelt should be completely off your radar.  I’d wager that visitors there probably have to drop at least $300 a day on taxi fares just to get around, and given the current state of Macau taxis, that’s not something you want to be doing (especially at night).

Besides that, Marilyn and Marlon, Jimmy and Liz, they’re all in the ground and have been for a long time, much like the 1950’s Hollywood glamour at the Macau Roosevelt.  The truth is they didn’t even try.

The Macau Roosevelt is situated beside the Macau Jockey Club, in a completely uninteresting part of Taipa, bereft of both action and intrigue.