I always laugh whenever online travel magazines rank the Grand Lisboa as one of the 10 worst looking hotels in the world; it’s obvious they’ve never seen Million Dragon.  Granted some improvements have been made over the past ten years, especially when they got rid of the hideous golf ball thing out front, but there’s still a lot of work to be done. 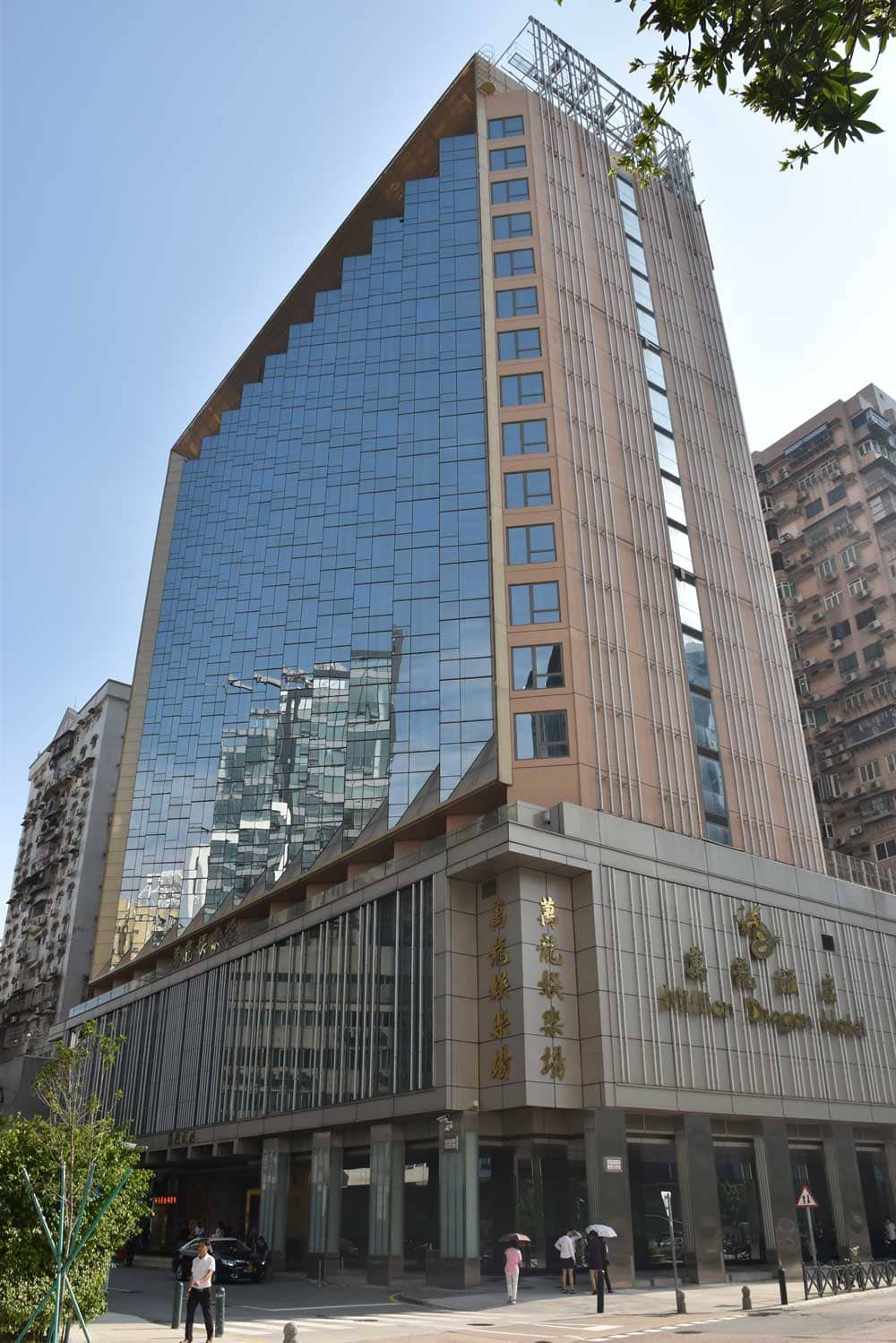 Whatever possessed them to strangely slant the windows on the building’s face is beyond me, while the general shape and configuration of the structure is just butt ugly.  At night it’s so eyesight dangerous that you can’t help but wonder if the whole thing wasn’t designed by some grade schooler somewhere.

What’s Julian drawn today?  No, it’s not Lucy in the Sky with Diamonds, it’s Million Dragon!

All aesthetic concerns notwithstanding, the casino ranks as one of Macau’s best, an unheralded little gem with a fine game selection, reasonable minimums, and the best Blackjack in town.

I’ve always been of a fan of the Million Dragon casino, dating back to when it was known as Lan Kwai Fong.  One of Macau’s hippest haunts, everything inside looks crisp and cutting edge, with the main bit of excellence the funky gnarled ball of a chandelier whose thin snake tube lights glow green, brown, orange and beige.  Pimping a dark colour scheme, the whole floor struts with suite envy, maxed out with mirrors, low ceilings, contoured walls and pillars with carved out middles holding ceramic art and vases (and more mirrors of course).  It looks like it should be part of a penthouse somewhere, with the nasty casino carpet the only thing holding it back.

Taking up two floors, Million Dragon’s casino is fairly large, holding 70 tables in all.  Most minimums are between $100 and $500, while slots start from 5 cents and top out at $1.  In a mild surprise, there is no electronic games or Live Gaming.

Drink service is okay and there’s a big inexpensive 24 hour restaurant/bar in the middle of the casino floor.

Million Dragon’s 21 table is back is open for regular use, great news for Blackjack players everywhere.

Pai Gow – Players cannot bank, all play is conducted versus the Dealer at all times.  Minimum bet is $200.

There are also three deals related to cash buy-ins.

Free rooms can be had with the following numbers.

Formerly known as Lan Kwai Fong, Million Dragon was acquired by local legislator Chan Meng Kam in 2018, bringing his casino/hotel count in Macau up to 4.  If there’s one golden rule to know about hotels in Macau, it’s that if Chan Meng Kam owns it, it’s not going to be any good. 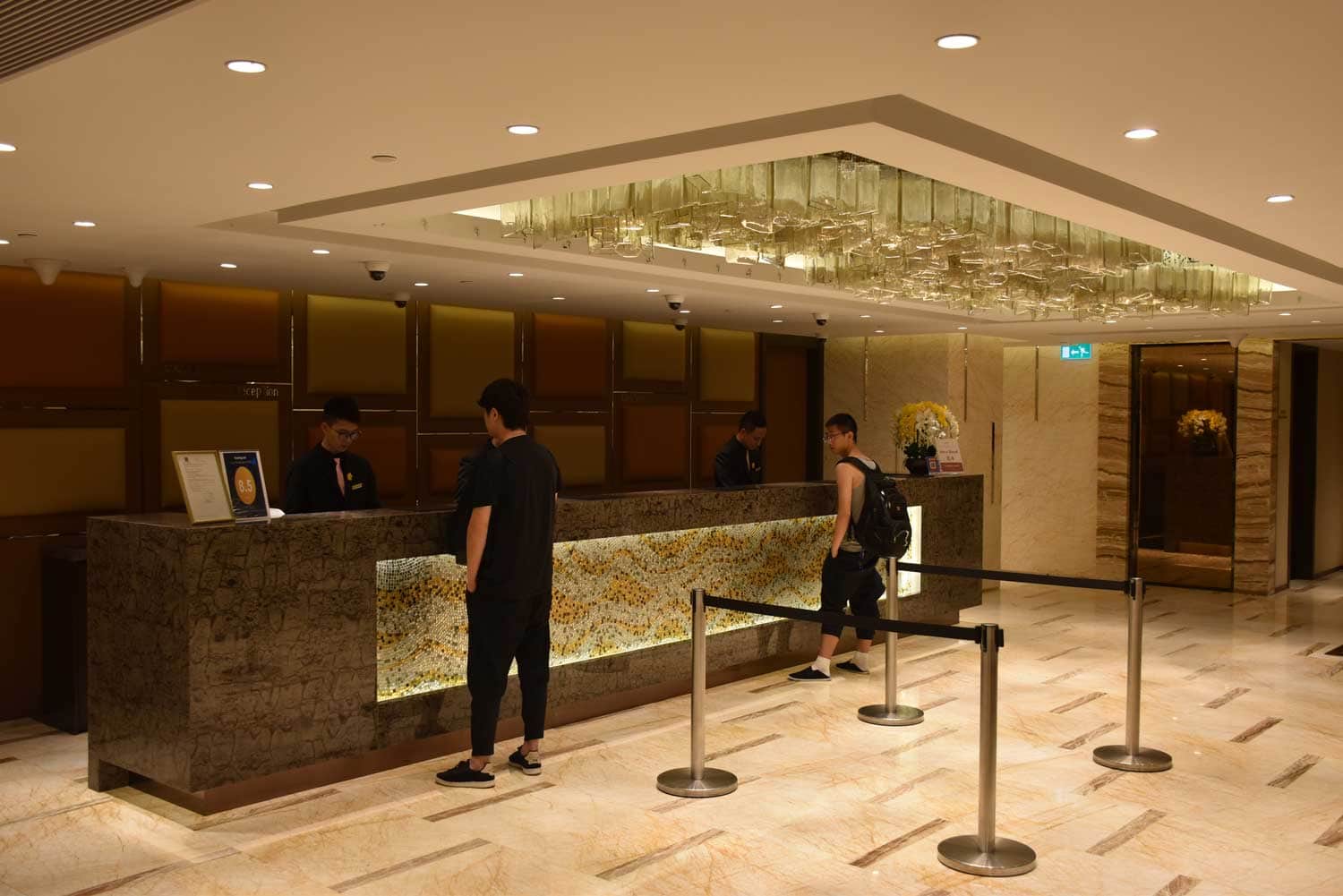 They’re all basic 3 star type venues with poor locations that might have two restaurants and that’s it, along with threadbare gyms and no other facilities.  Such is the case at Million Dragon as well, pretty much making it a viable option only when there are no other ones left. 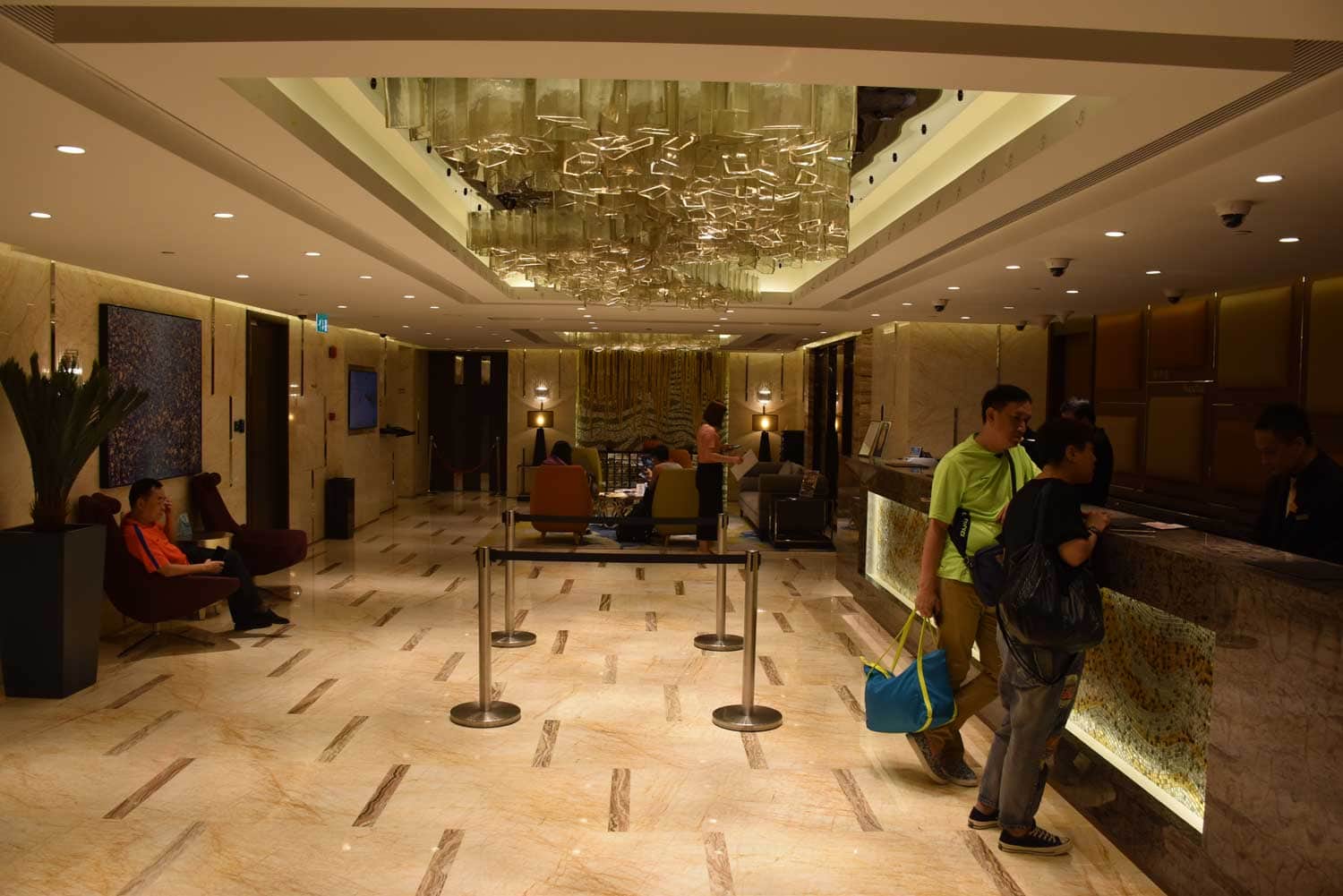 Vastly overpriced, there’s no way you should be considering Million Dragon for so much money.  The dining is substandard, there’s no pool and the rooms are extremely small.  You can find hotels as good or better for half the price.  Take a pass.

Million Dragon has two proper restaurants for your dining pleasure.

M Dragon Food Court – Located next to the casino on the 1st floor, M Dragon Food Court does buffet twice daily with a semi buffet lunch $148 for adults and $98 for children, while evenings cost $388 and $278 respectively .  Keep in mind that Million Dragon guests are eligible for 30% discounts if they’re staying at the hotel.

Three different breakfast sets are available in the morning for $58 to $68, while the rest of the menu is very affordable a la carte.  Specifically, Chinese and Western snacks run $18 to $88, while soups and salads are $28 to $48, and sandwiches and burgers $68 to $98.  Main course dishes like sirloin steak, steamed Boston lobster and grilled salmon are the most expensive things on the menu, running $168 to $268.  Japanese ramen is also available for $88.SPA

The old Lan Kwai Fong spa used to be pretty good, but that area has been converted into new hotel rooms.  Thus we’re left with a much smaller venue on the 2nd floor, next to the lobby.  Prices are as follows:

If you just want to use the spa facilities, the door pass is $460.

I’d like to nominate M Dragon Bar for the most useless one in Macau.  They might get 5 people in there… per year.

If you’re looking for something by the glass, all they have is beer from $35 to $45. 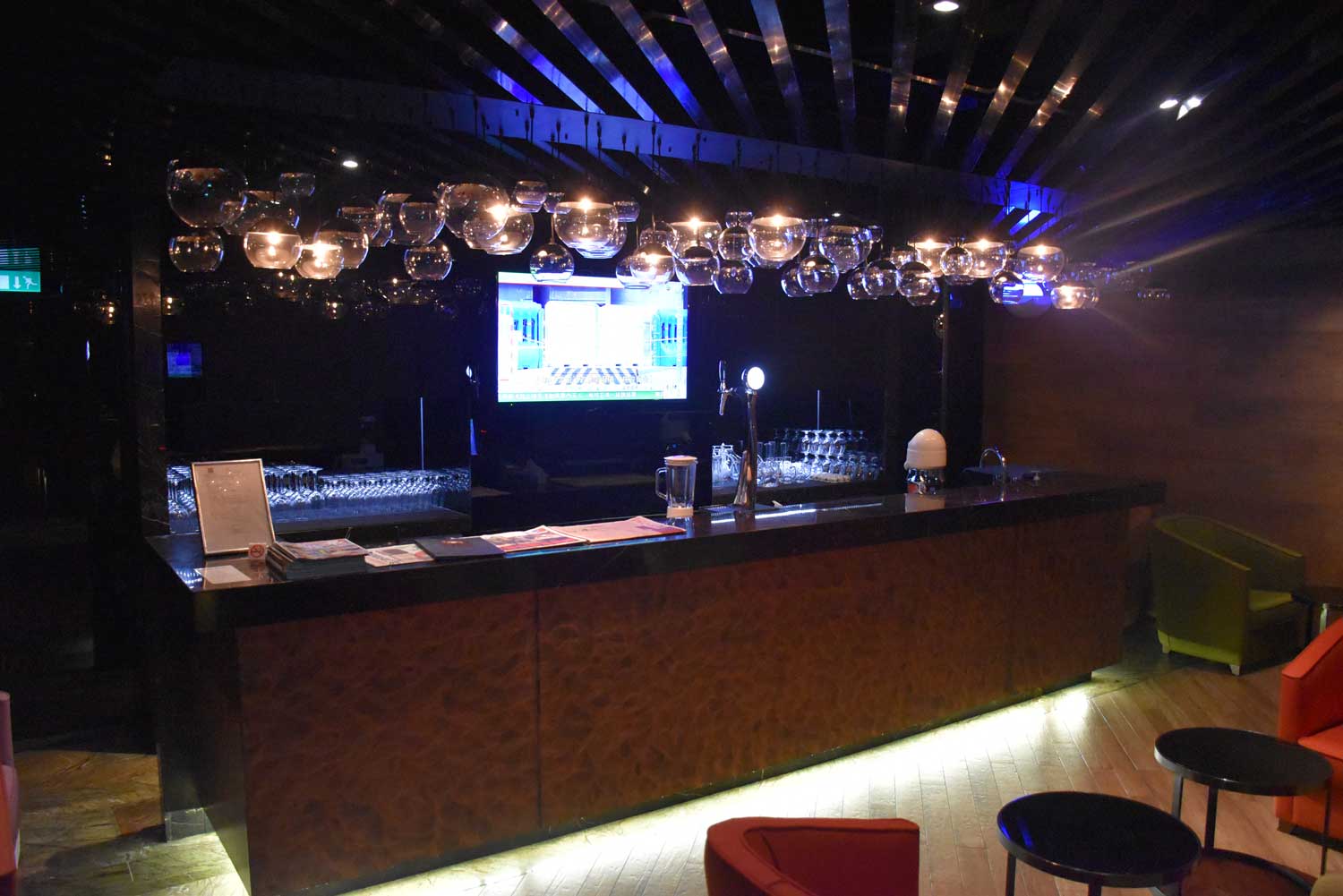 I don’t even think the bar is manned by staff on a regular basis.  They only show up if you do.

Anything owned by local legislator Chan Meng Kam on the old Peninsula is going to be extremely dodgy as a living option, and Million Dragon is no exception.  It’s best described as a boutique hotel without any boutiques, or really anything else for that matter, whether that be decent restaurants, bars, or entertainment.  He even gutted the two best parts of the old hotel – the spa and the gym – which just goes to show what kind of guy he is.  All about the bottom line and nothing else, Million Dragon is now absolutely bereft of nice things.

The casino is a totally different story, and well worth visiting for two kinds of people – whales and Blackjack players.  No other casino in town returns more than 1.15% on rolling turnover exceeding $1,000,000, while their 0.09% Blackjack game is the best one in Macau.  The casino at Million Dragon has always been top notch, and that’s still true today. 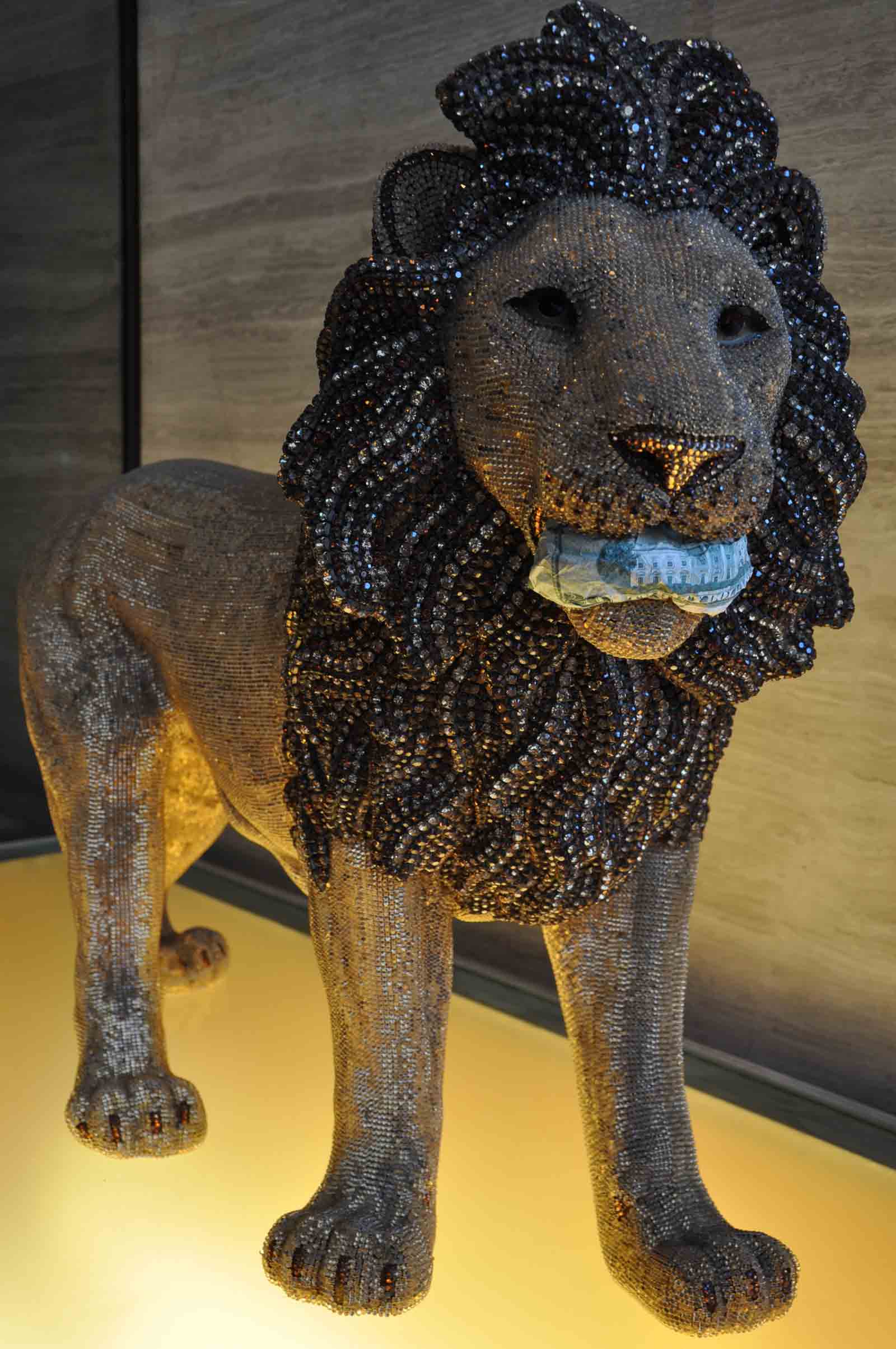 Million Dragon is located out by the Macau Ferry Terminal behind the Waldo.