Debuting in 2004, the Sands Macao was Las Vegas Sands first venture into the Macau casino market, and they’d never make another hotel like it again.

For all the glitz and glamour of Vegas, try heading down to the Cotai Strip for the Venetian or the Parisian.  The Sands has always been what Steve Wynn so succinctly said it was, “Sheldon’s box of Baccarat”, a property obsessed with strict hardcore gambling, and not much else.

Baccarat – The cheapest table I saw was for $3000 in the Sands Rolling section.

Banking 3 Card Baccarat – It looks like people can bank as many times in a row as they want, provided no one else at the table wants to.  Minimum bet is $300.

Blackjack – The surrender option is only offered before the player on first base plays his hand.  Minimum bet is $300.

Compared to most Blackjack in Macau, the rules at the Sands are inferior, because Doubles made with totals of 11 lose both bets vs a Dealer Blackjack, instead of just the original wager.  This results in a house edge of 0.24% compared to the standard number of 0.16% city wide.

Sands Stud Poker – Although the name is different, Sands Stud Poker is just like normal Caribbean Stud Poker, only with an important side bet variation.  Players can now bet up to 5 times the original side bet amount and then are paid in proportion to that wager should they win.  Here’s what the pay table looks like:

If you hit a straight flush or royal, however, you’ll have to be content with just taking the normal 10% or 100% win.

In an interesting twist, players can bet the side bet on the Dealer’s hand as well, with all of the same rules still applying.

Please note the side bet wager starts from $50 now instead of the standard $25.

Sic Bo – 10 different Sic Bo bets are available.  Minimum bets for Big/Small, Even/Odd are $300, and combination bets are allowed.  That is, players can make three separate $100 dollar bets at a time if they want.

They’ve recently added a very low buy-in option of only $30,000, which maybe even some of us paupers can afford.

That’s particularly notable because none of the other gaming operators (SJM, Wynn, Macau, Melco or Galaxy) offer a VIP program with a buy in as low as $30,000 at any of their major casino properties.

Opening in 2004, the Sands Macao was Las Vegas Sands first foray into the Macau gaming market.  Coincidentally it was also the first casino review I ever wrote for the Wizard of Odds, way back in 2010.  That marked the beginning of my love affair with Macau that eventually culminated in the website you’re reading now. 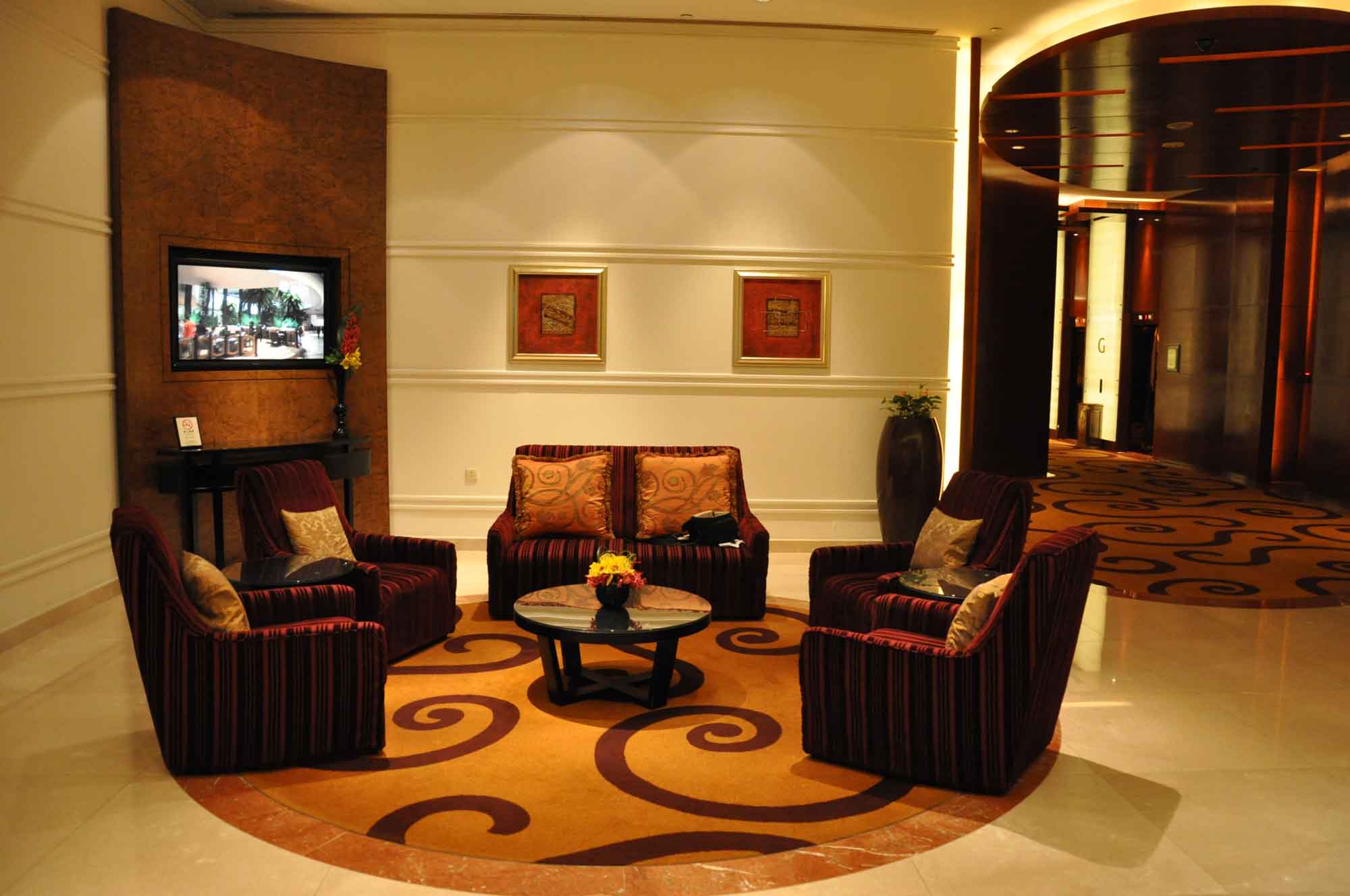 I stayed in the Deluxe Suite way back then, which ran $2184 Mops at the time, and that was midweek!  Almost a decade on, it does look like I got ripped off, but such is life.

Current prices are a lot more palatable, and include all taxes and service charges.

Knowing what I know about Macau now, there’s no way I’d choose to stay at the Sands again.  First of all, the location is somewhat ridiculous and inconvenient, out by the Ferry Terminal and the Reservoir, far away from the main sites and action around San Ma Lo.  Secondly, the hotel is basically just one big casino, with no attempt to provide the kind of resort experience that’s expected nowadays.  To put it simply, the Sands Macao is a place to gamble, not to stay.

Anyway, during my visit, I stayed on the 18th floor, in room number 1826.  To call it a suite is very misleading in my opinion since it didn’t have two separate rooms, just one wooden cabinet that divided the room in half, with one side the bedroom and the other the living room.

Granted, the room was comfortable and warmly furnished, and there was a killer view overlooking Fisherman’s Wharf and the South China Sea. 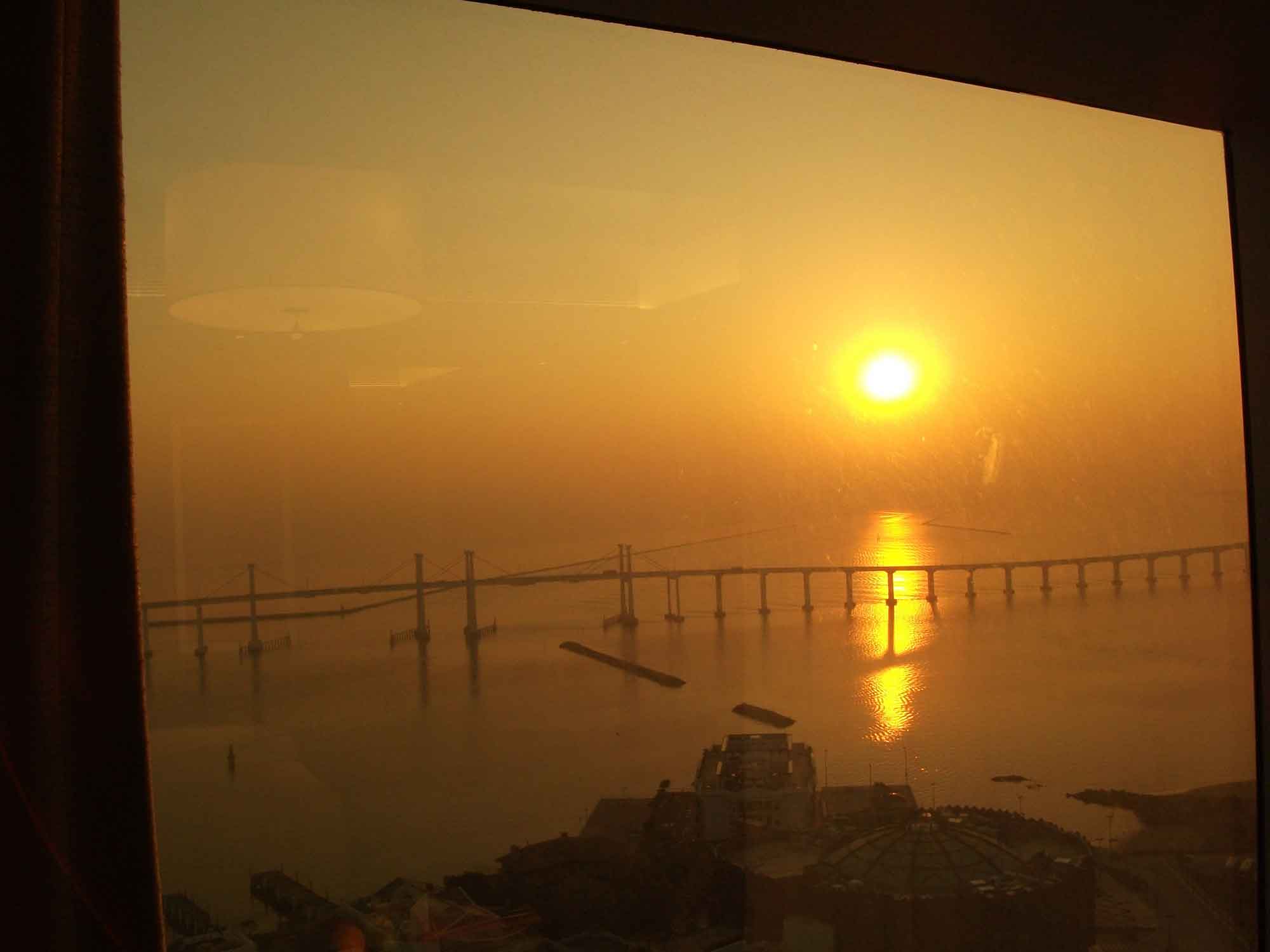 These days though, you’ll probably see nothing but the Harbourview Hotel, which totally sucks.

The bathroom was another highlight as well, nicely done up in marble and fully equipped with a shower and jacuzzi.

All in all, I don’t think anyone could be disappointed with the room, but given the fact that guests aren’t given much of an incentive to stay at the Sands, a discussion of how good it is is pretty pointless.

I like the outdoor setup of the Sands pool on the sixth floor.  The only problem might be that it’s too small.

The Sands spa is a little difficult to get to.  First you have to make your way to the third floor, walk past the restaurants and through the high limit Paiza section, to a whole other set of elevators.  Take one of them up to the 8th floor and that’s where you’ll find the spa.  The spa is pretty good for men because their section comes fully loaded with a fitness center, hot tub, steam room, sauna and cold pool, while women only get access to a shower.

With only 5 restaurants in total, the dining options at the Sands pale in comparison to what you get at most large hotel casinos.  What’s worse is that I’ve eaten at most of them and haven’t been very impressed.

Those staying in Sands hotels (Sands Macao, Venetian, Parisian and Sands Cotai) are eligible to buy the Sands Resorts Buffet Pass for $750 (adults) and $379 (children), which enables users to visit 4 buffets in a 24 hour period.  I don’t know about you, but that just sounds gross gluttony to me.  Personally, if I eat in a buffet, I don’t have to eat again for 36 hours, so I’m not sure how good this deal really is.

I’d leave Grand Orbit and Le Buffet for the two dinner buffets, do Golden Peacock at lunch because they only have one then, then give Feast a shot at breakfast.

The right side of 888 Gourmet Palace mostly serves Asian fast food.  They have three different counters each specializing in a different fare, be it Shanghai, Macanese, Cantonese, Thai, or Japanese food.  Here’s a quick list of prices:

Back in 2010, I tried a rice and spicy chicken plate which ran $48 at the time.  While the food was good, it wasn’t enough, so anyone planning to eat there probably has to order two dishes.

Copa Steakhouse – Located on the third floor, Copa Steakhouse is generally considered the best place in town to get a steak.  I’m down on the place though, with my last visit a double dose of pain and misery.  First I had some hardened Hong Kong waitress try to execute a bait and switch on me, before having to deal with the worst filet mignon I’ve ever had in my life.  It literally tasted like water, and I’m sure it was either a month old and recently defrosted or just improperly handled from start to finish.

For a review of my horrible meal there, please click here: Copa Steakhouse.

At lunch they have 6 seafood set meals that go for $168 to $288, which is also repeated at night with a slightly different selection that costs $138 to $398.  Four Sashimi and Seafood platters are also on offer, running between $498 and $738, while an appealing 7 course Evening Degustation Menu looks to return the best value, costing only $728 for two people.

When I stayed at the hotel, I had a beef noodle dish there that was mildly decent but probably not worth the 88 Mops I paid for it.

Garden 9 – Garden 9 is the latest restaurant to debut at Sands Macao, taking over from the departed Japanese restaurant on the 3rd floor beside Copa Steakhouse.

The only store of merit at the Sands Macao is the fairly big “Free Duty” shop that opened above the casino on the second floor around 2017.  Now, whether the Free Duty shop actually sells duty free goods at duty free prices is another question, but it’s heavy on wine, cosmetics, watches, jewellery and other fashion accessories.

Totally empty the day I was there save for a bunch of bored looking staff, hours are from 11 am to 11 pm daily.

Back in 2010, the Sands casino was a happening place, full of singing and dancing acts that only the Crazy Lisboa Show at the Grand Lisboa could top.  I unfairly criticized them in my original Sands review, before subsequently learning that entertainment like that basically doesn’t exist anywhere in Macau and I should have been extremely grateful for it.

Fast forward a decade later and the big stage behind Xanadu Bar has been empty for years, with no sign of the Glamour Girls, ballroom dancers, or poppy Filipino rock band doing fun covers of Blondie and Wham.

The Sands Macao opened in 2004 and is way behind the times now, making no real attempt at providing guests with a fully integrated resort experience that’s become the norm in properties of this size.

With poor dining, shopping, and entertainment options, it’s a throwback to a time that nobody wants to return to. 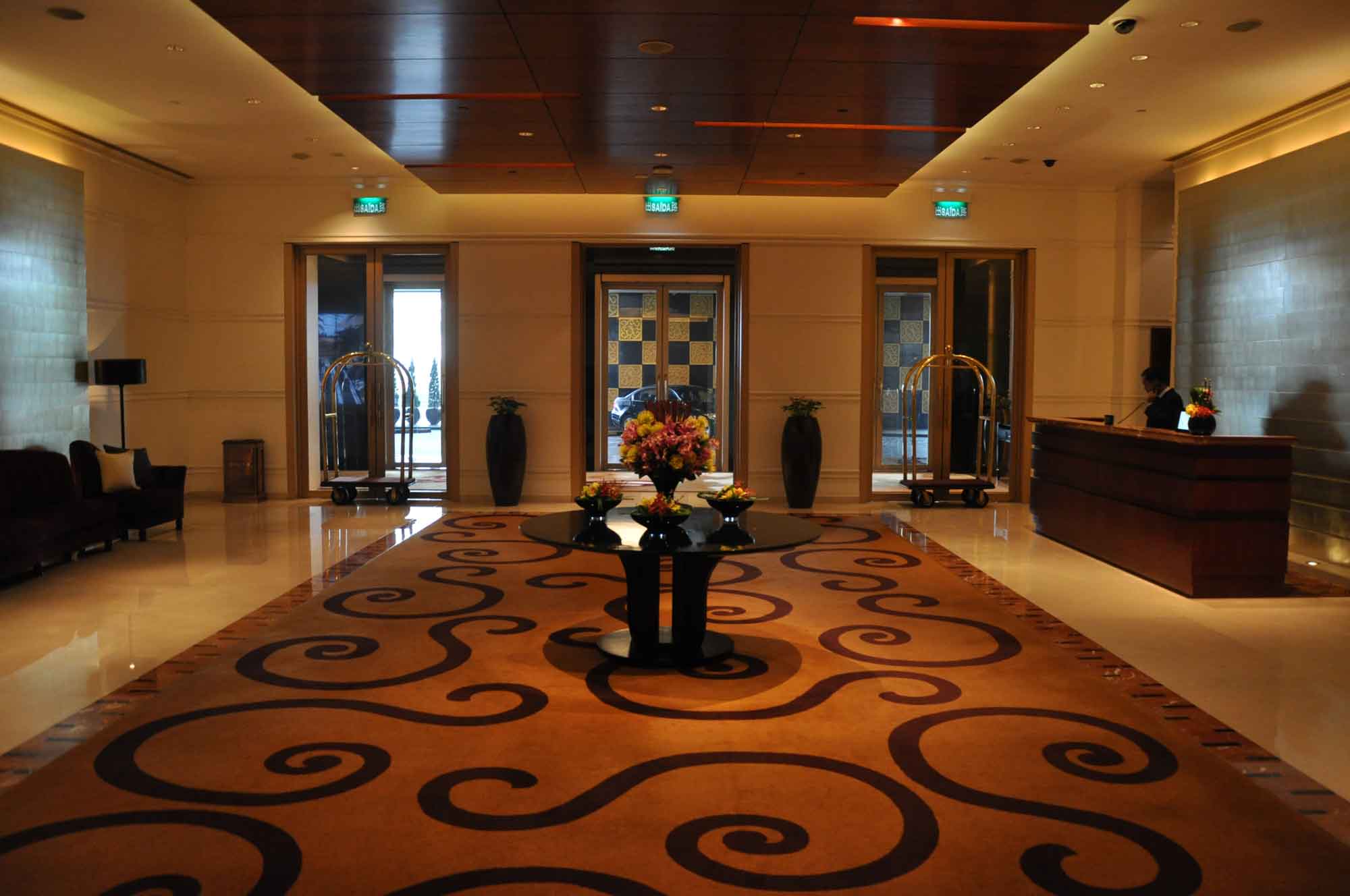 The Sands is situated directly opposite Fisherman’s Wharf, about a 5 to 8 minute walk away from the Ferry Terminal.