Dragon Boat Races are one of China’s most interesting and colourful customs, usually contested as part of the Dragon Boat Festival, which falls on the fifth day of the fifth month of the Lunar Calendar.  Races are held in cities all over China as well as in other Southeastern countries like Taiwan, Singapore, Indonesia, Malaysia, Thailand and Vietnam. 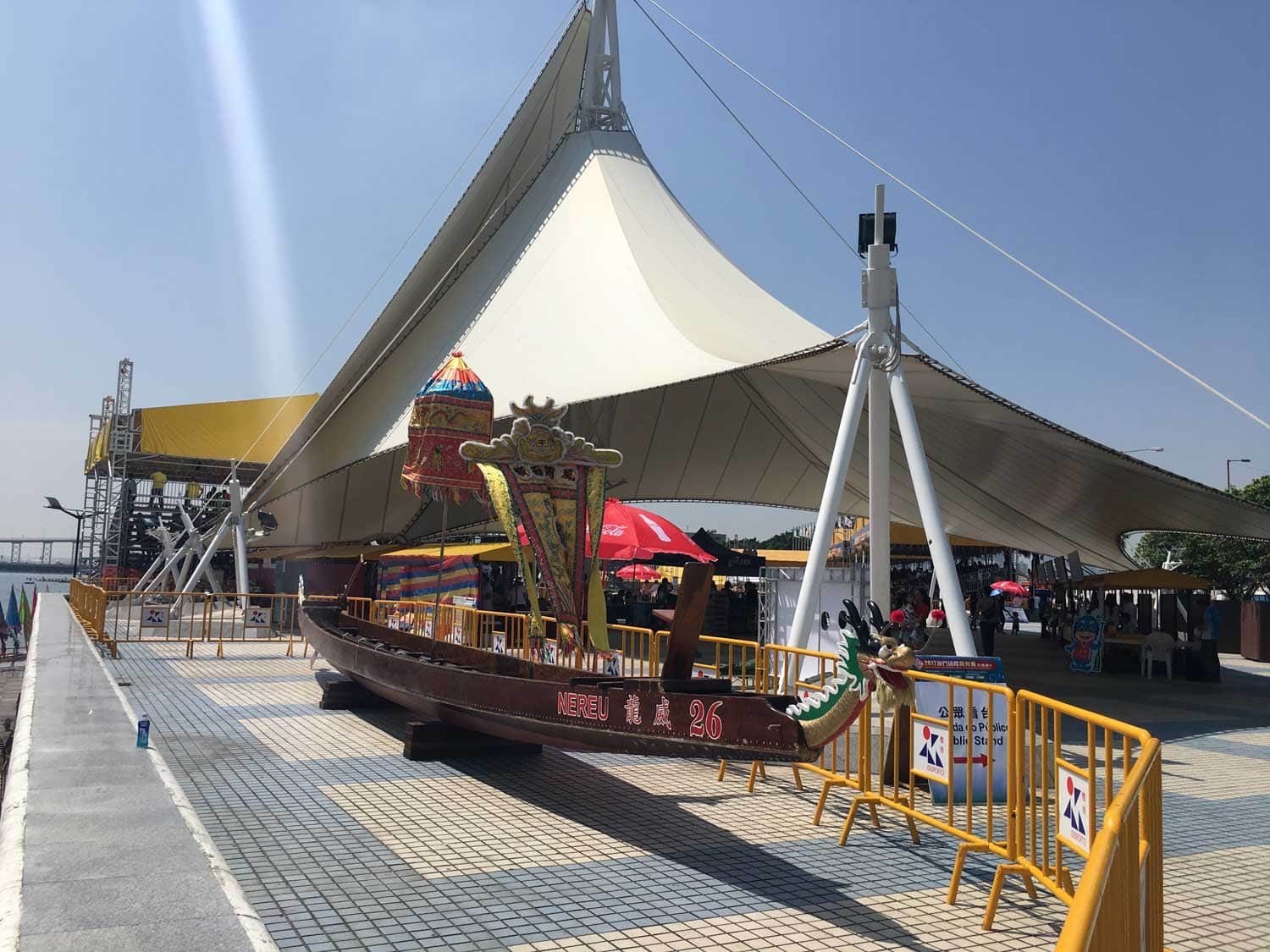 The festival is held in honor of Chinese poet Qu Yuan, a patriotic statesman who committed suicide in 278 BC after his capital city fell to the invading Qin.  Qu died by drowning himself in the Miluo River, succumbing to his fate just as his friends were frantically racing out in dragon boats in order to save him.  After realizing they were too late, zongzi (or sticky rice) was thrown into the river so the fish would eat that instead of the dead poet’s body.

From what I understand, Macau held Dragon Boat races annually in the 1920’s and 30’s, before they fell out of favor for several decades.  In 1979, Stanley Ho’s massive SJM conglomerate took on leadership duties and turned it into an international event.  Since 2000, the race has been governed by the Macao Sport Development Board who maintain an official Dragon Boat website and continue to grow the races year on year. 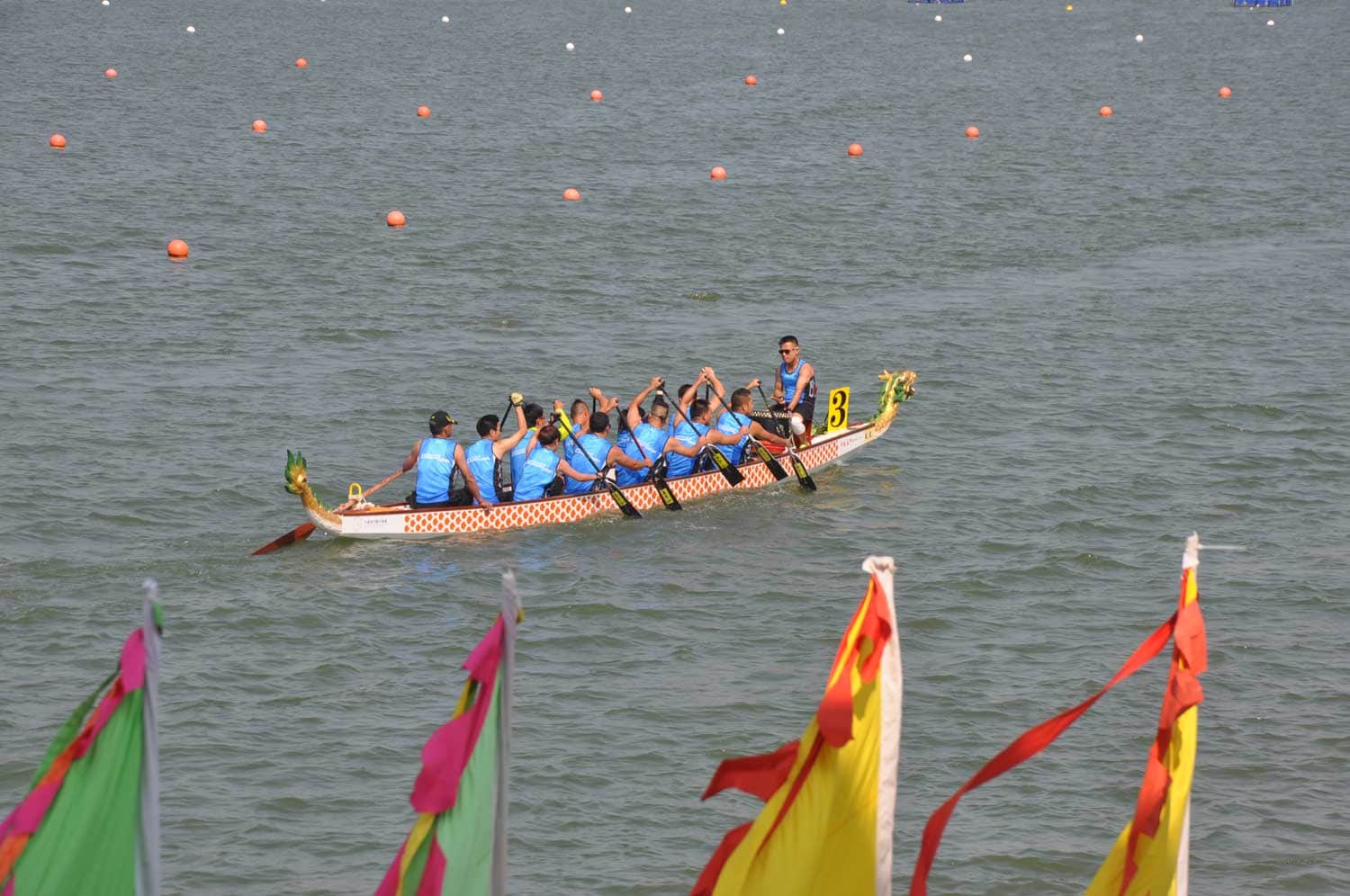 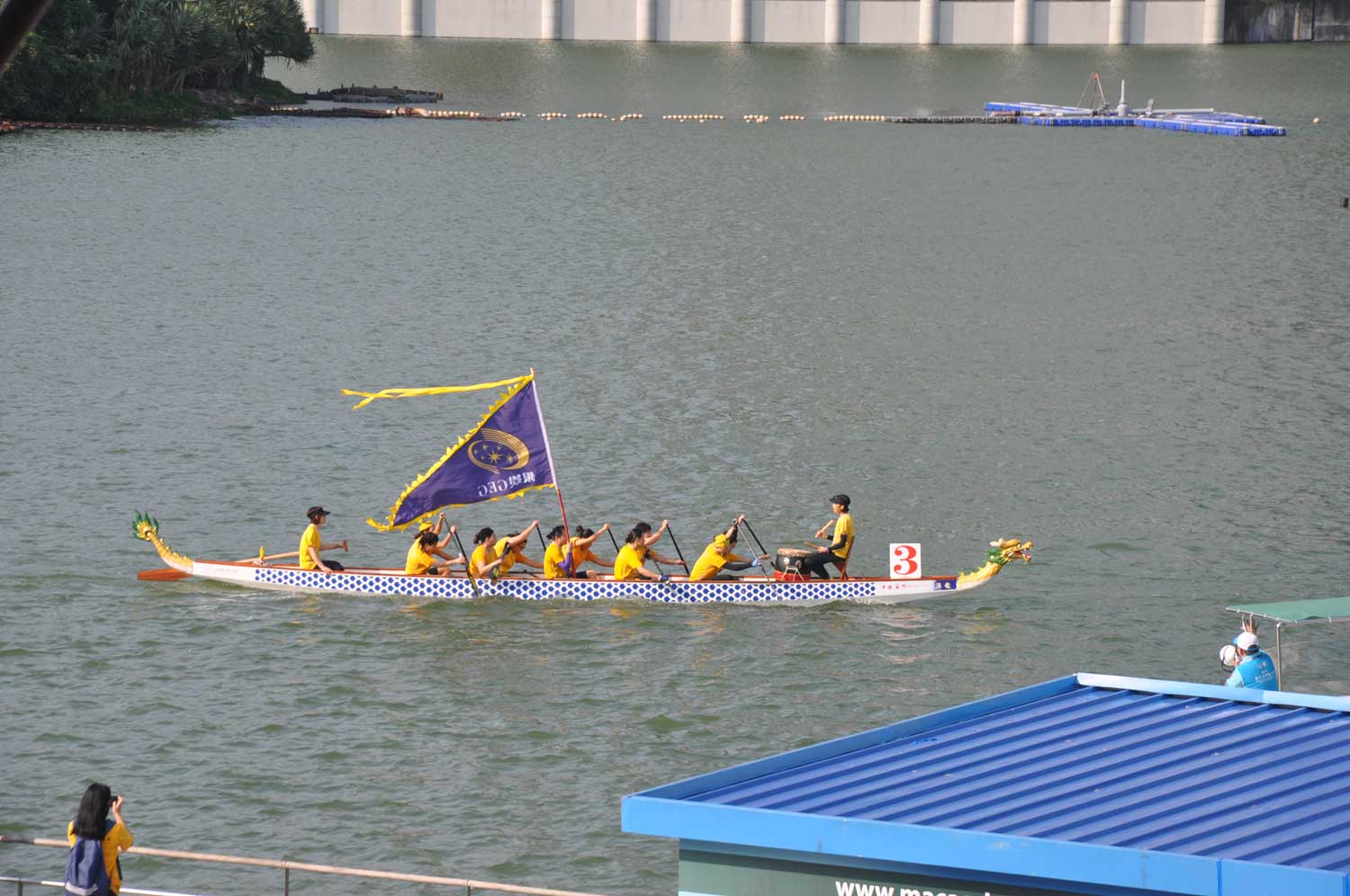 Admission is free for everyone with seating available in four public grandstands that offer cover from the rain and sun.  Most of the time you can just come and go as you please unless it’s the final afternoon, when you might have to wait in line for 15 minutes for spaces to clear up. 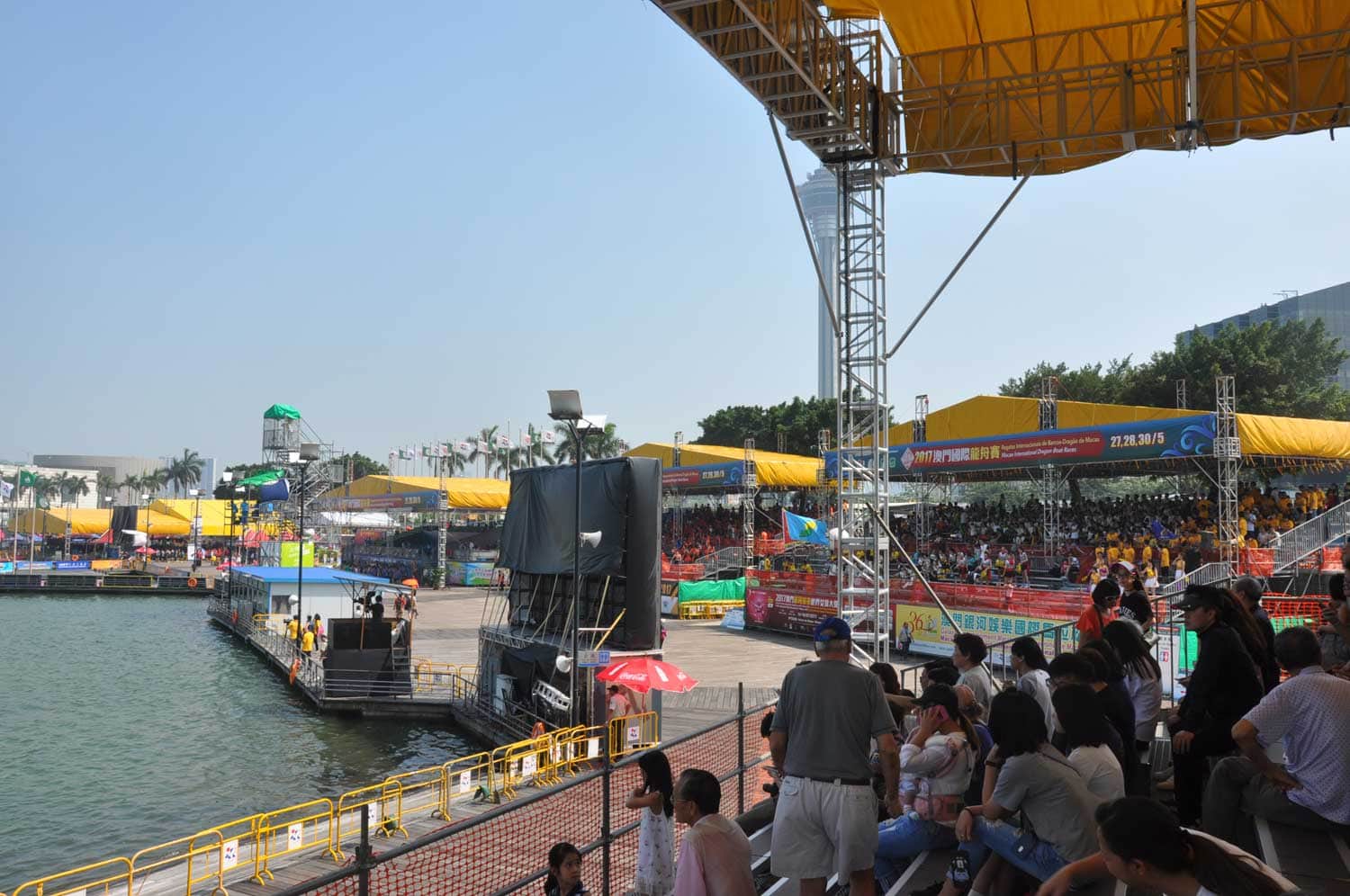 Three of the grandstands aren’t very close to the racing lanes, so one large screen TV is set up that allows spectators to follow the action there as well as find out who won and their times.  Commentary is also blasted through loudspeakers that alternate in Cantonese, Portuguese and English, so you always have a good idea of what’s going on and which boats will race next. 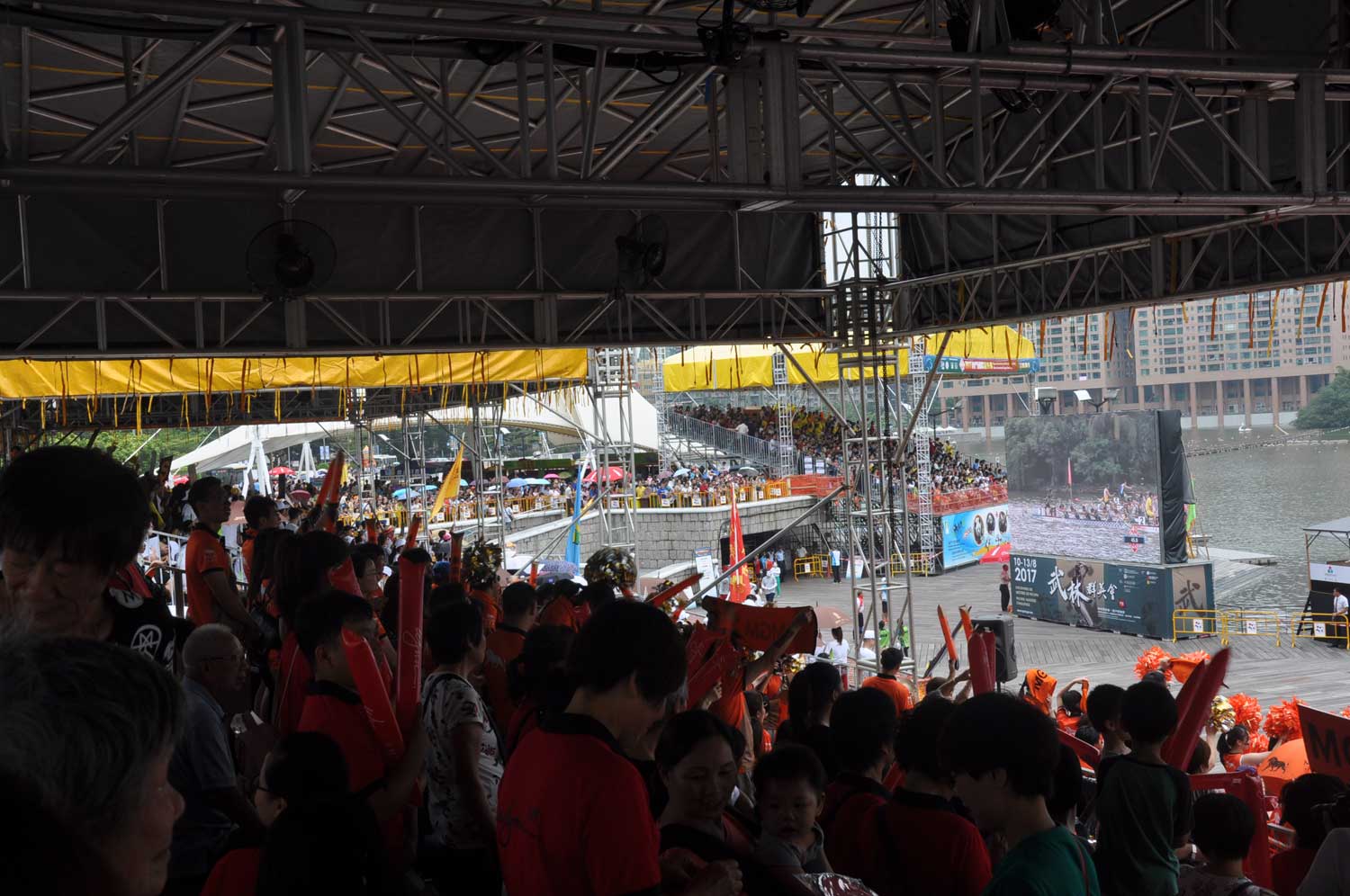 Nine different trophies are up for grabs with eligible entrants university students, Macau public entity departments, Macau civil service officers, as well as Women and Open Categories, the latter of which are predominantly male crews.  There are two different race distances: 200 meters and 500 meters, with smaller boats of 10 rowers vying for glory at 200 meters and larger boats of 20 rowers duking it out over 500 meters. 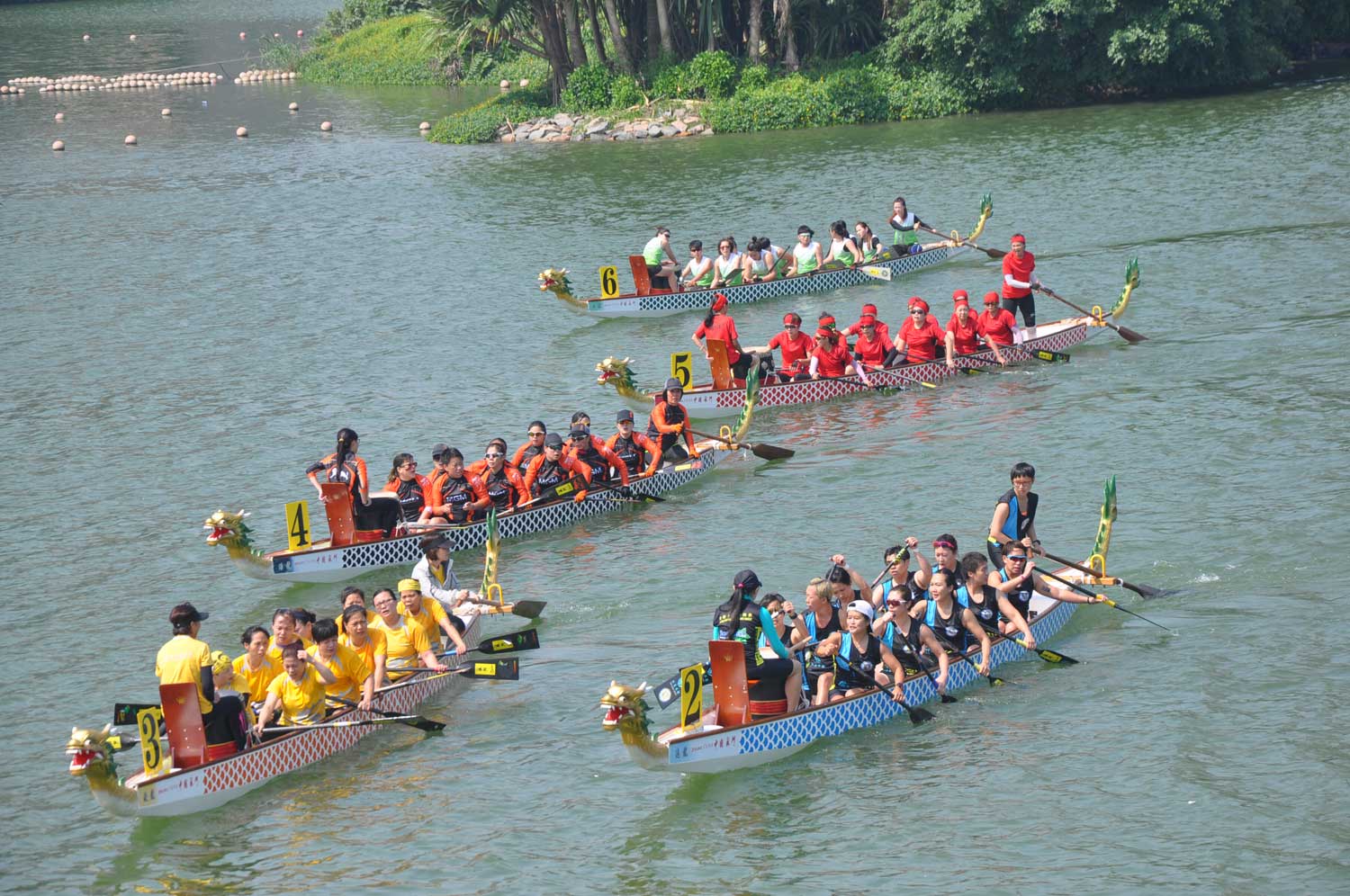 Food and souvenir stands are also set up along the main concourse should you get hungry or want to take something home to remember the race.  Most of the food is inexpensive, with noodles, porridge, curry fish balls, hot dogs, and pizza all $15, and clams, lasagna, and baked mussels only $25 to $30. 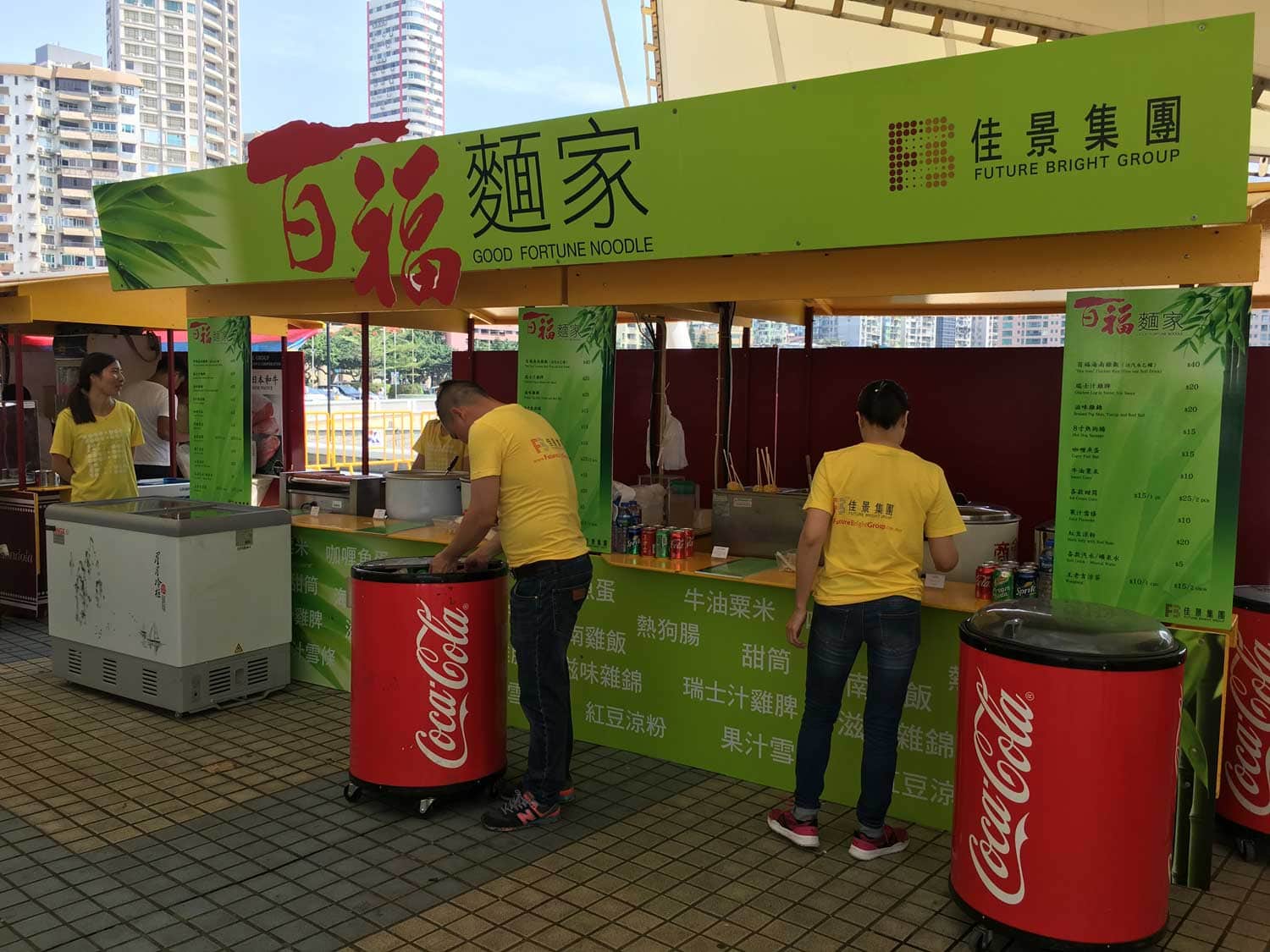 Pricier selections include rice and meat combos for $40, while sticky rice or zongzi is $38 or $95.  Soft drinks, tea, water and juice are also available, mostly for $5 and $10. 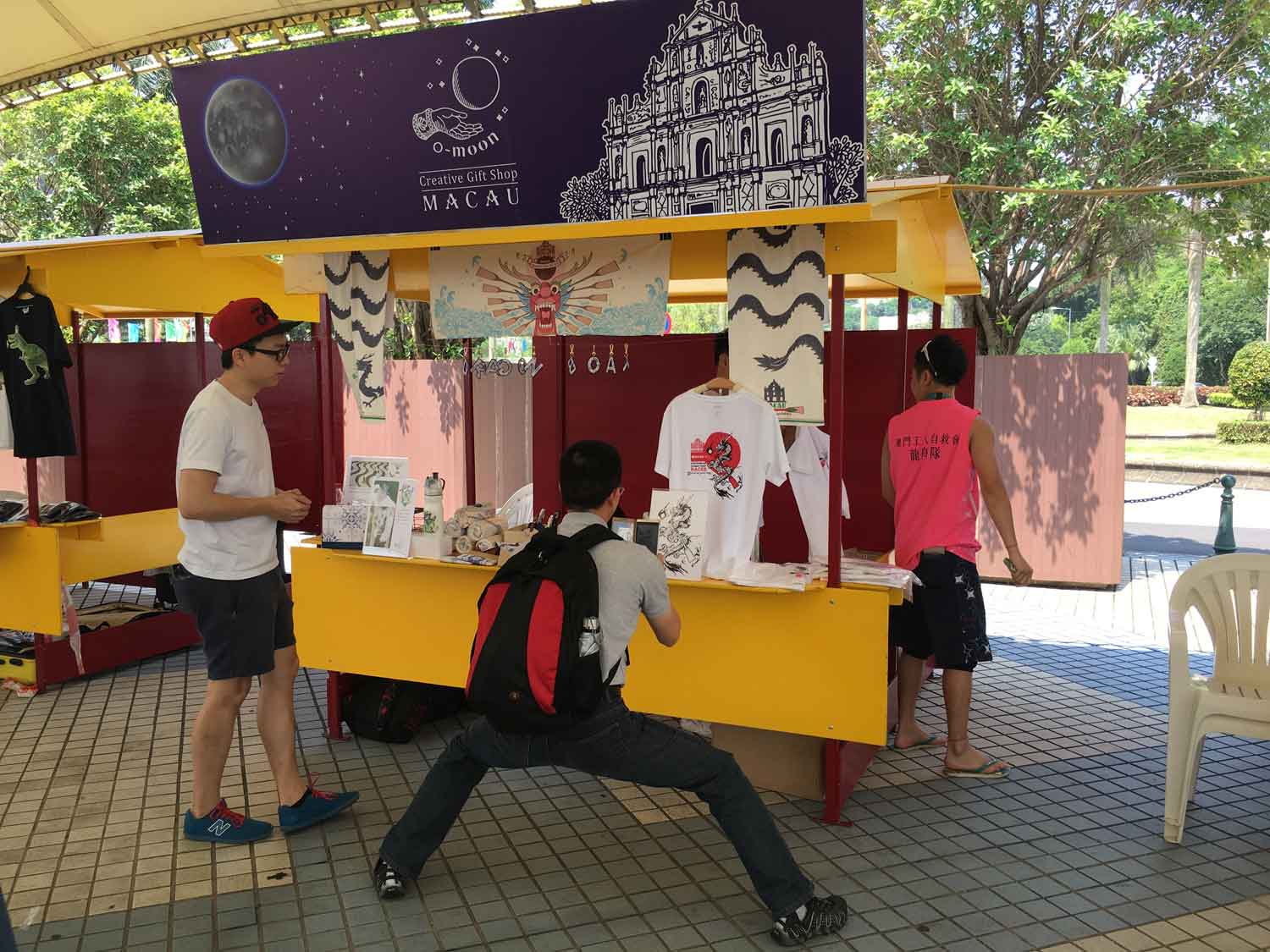 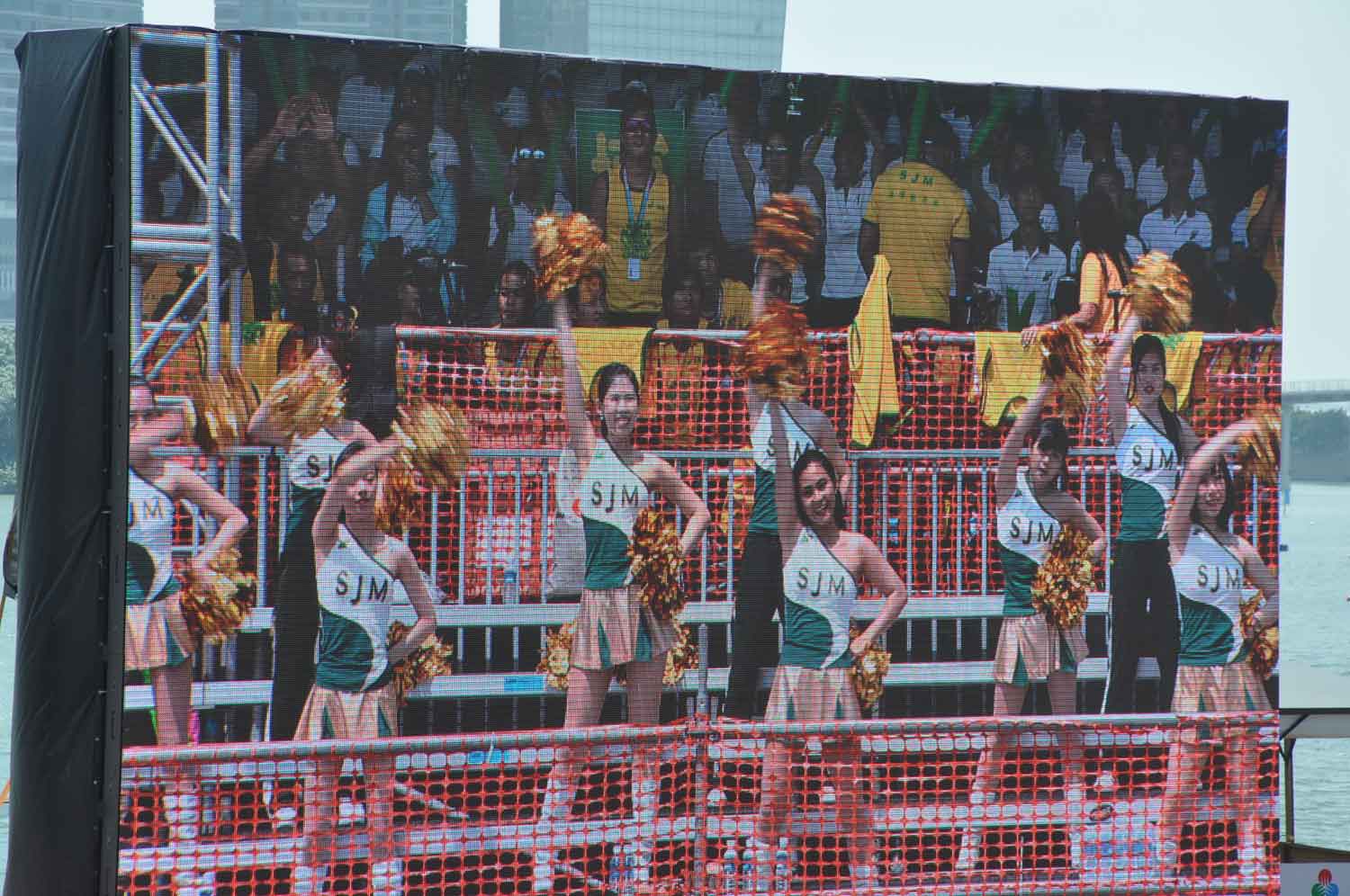 The main reason was because the grandstands were packed with huge blocs of casino workers out cheering on their teams, and their raucous support and energy really made the whole event come alive.  SJM, Wynn, MGM and Sands brought cheerleading squads out, and I think I even saw SJM head Angela Leong on the TV screen at one point waving a couple of pom poms. 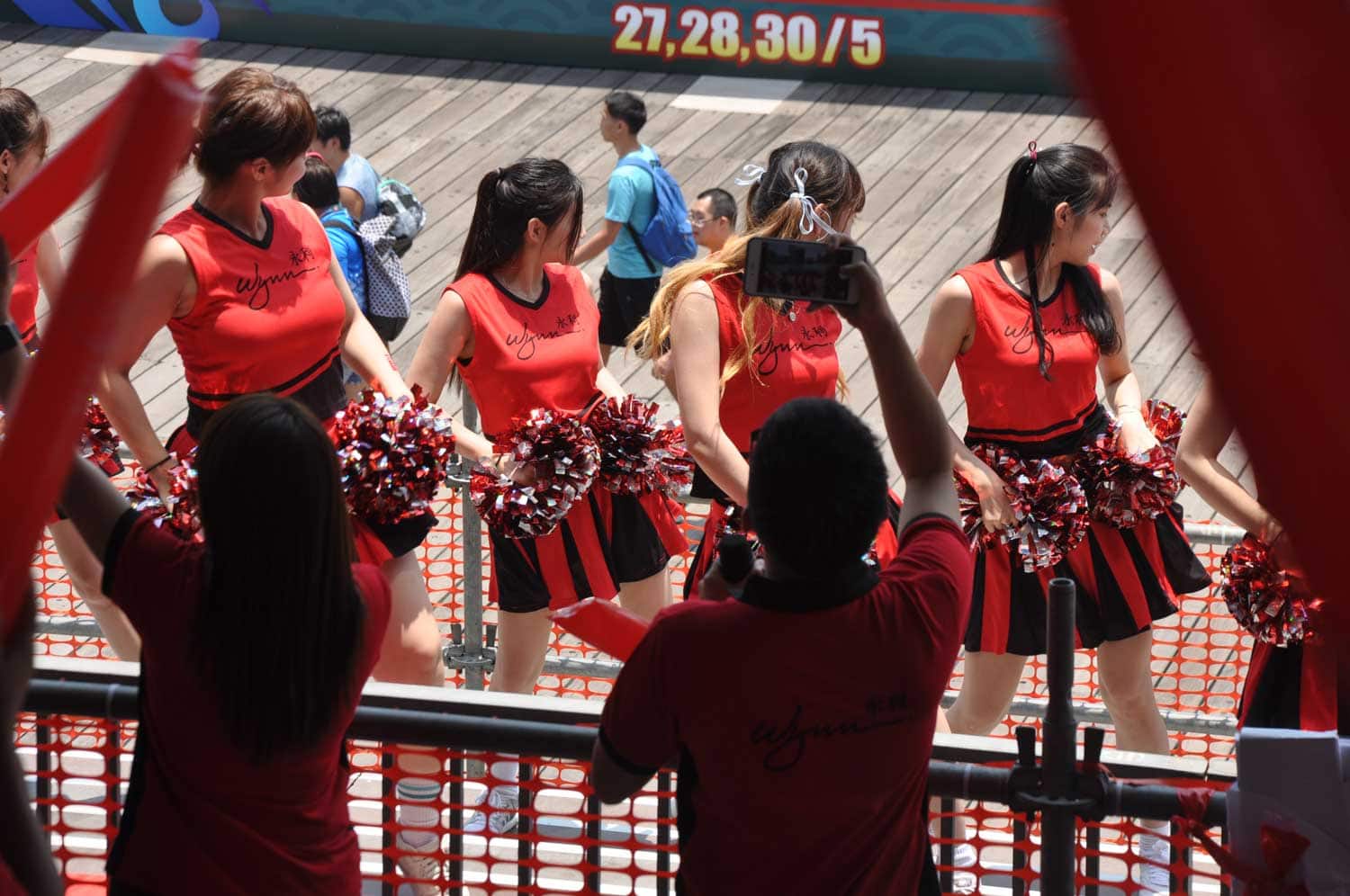 If that indeed was her then that’s just totally awesome, and as an ex-dancer you know she’s got the chops for it, even if she is almost 60 years old. 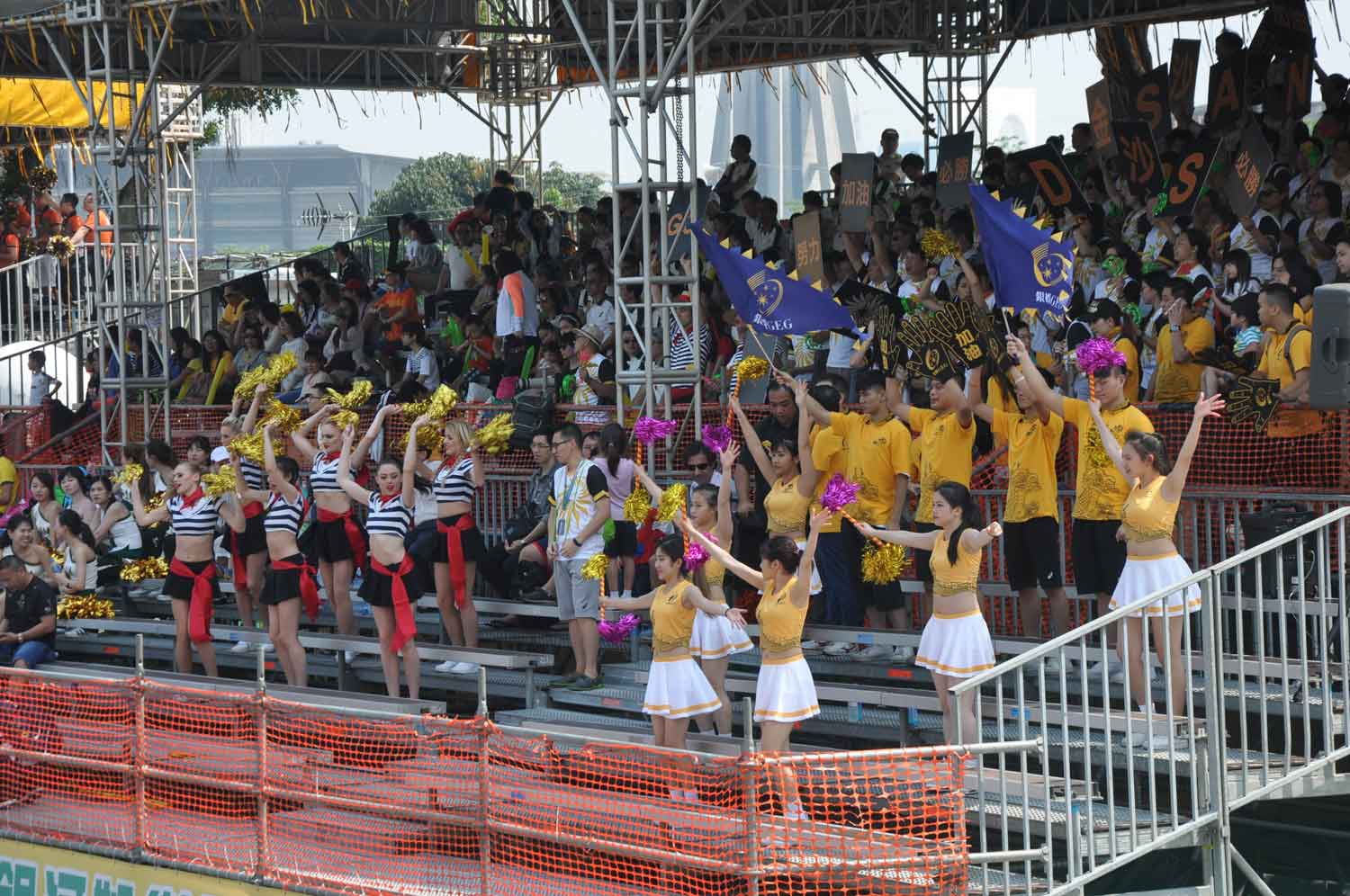 Another reason I enjoyed the races so much was because most of the teams were pretty damn good.  On the final day the ringers showed up when Indonesia, Vietnam, Malaysia, Singapore and Thailand brought out their national teams, while China answered with a couple of powerhouse squads from Nanhai Zhujiang.  As expected they dominated the competition but the local teams didn’t get totally embarrassed either and actually acquitted themselves quite well. 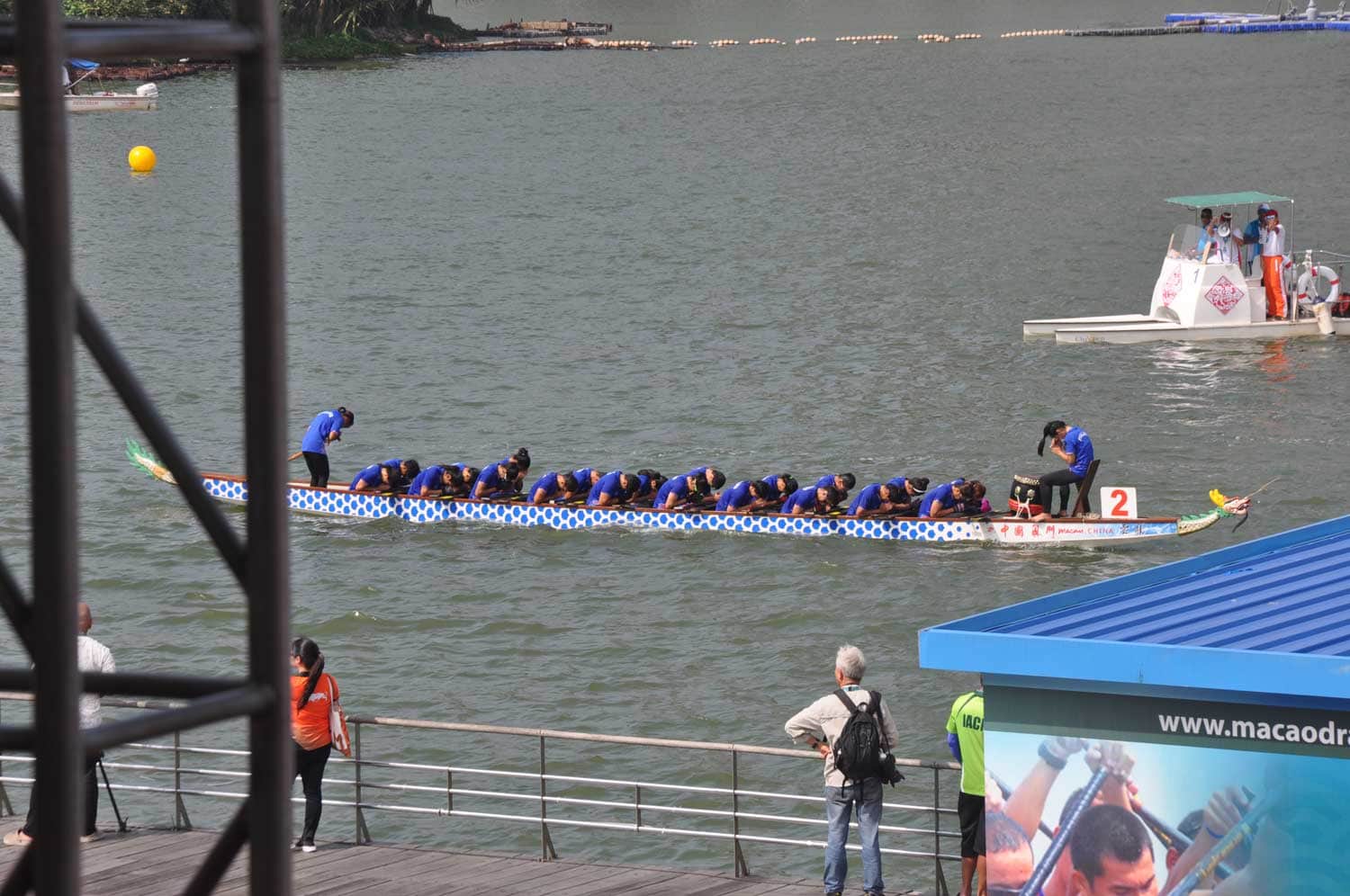 In the men’s 500 meter Open final for example, the SJM team only finished 5 seconds behind the Indonesian national team.  Okay, so maybe 5 seconds is an eternity in high level competitive sports, but they were only 1 second slower on the average every 100 meters than a national team, and that’s pretty damn impressive for a bunch of guys who maybe only deal cards or sweep floors for a living.  So that just goes to show that yes, the local boats who were winning races on Saturday and Sunday weren’t just a bunch of scrubs who dropped their paddle into the water and got lucky.  They definitely earned their victory flags and proved it when the pros came out on Tuesday. 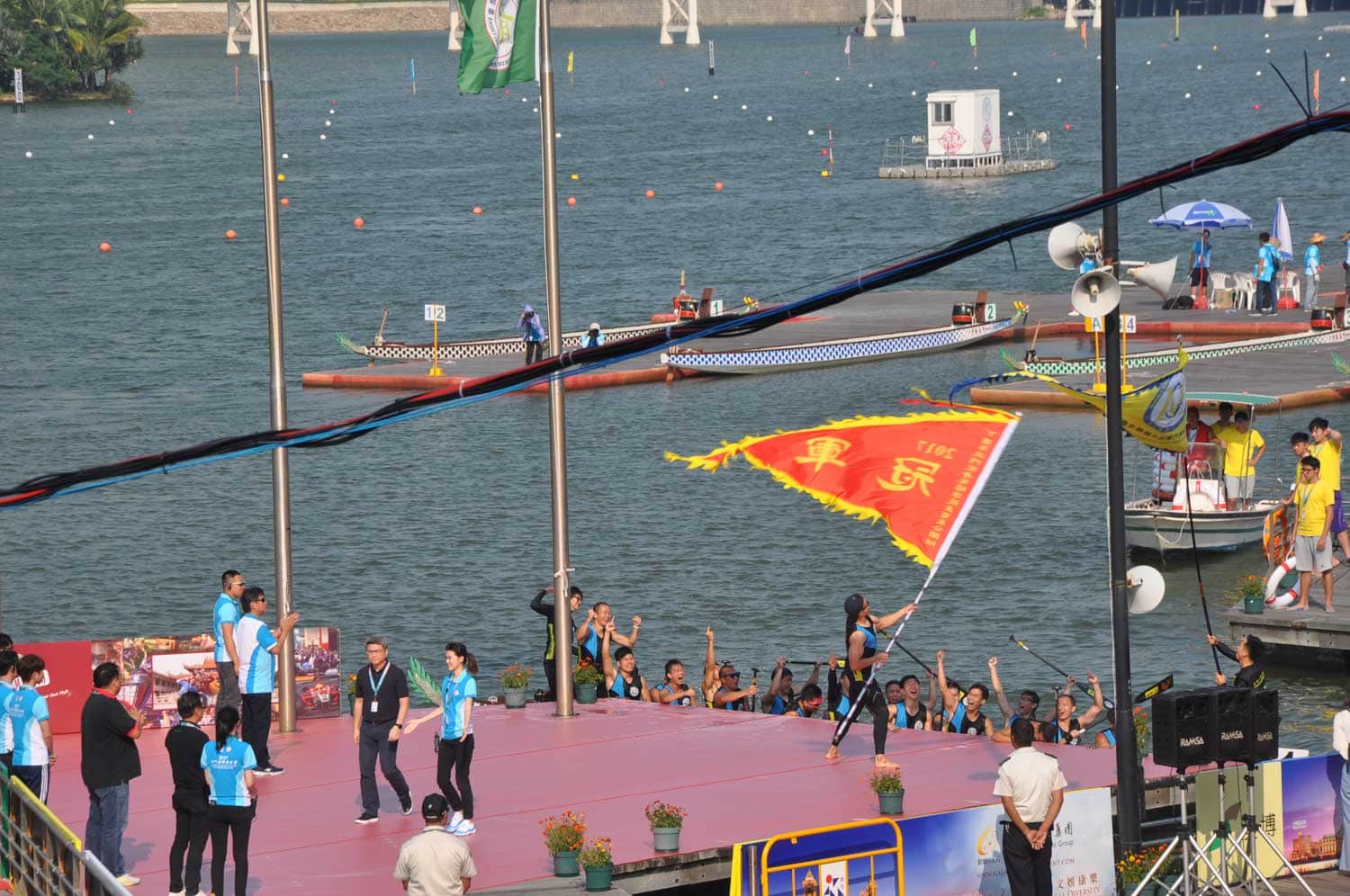 On the other hand of course, it also helped that I didn’t go alone and I had someone to bet with over each race.  As the old saying goes, when in Macau….  At the start we really didn’t know how to pick the teams or who was any good, and just went by the color of their uniforms or how they looked as they rowed out to the starting gate.  After a few races though we figured out a few things: the casino boats were usually the strongest in each heat and that whoever lined up in lane 3 or 4 were the favorites and usually won the race. 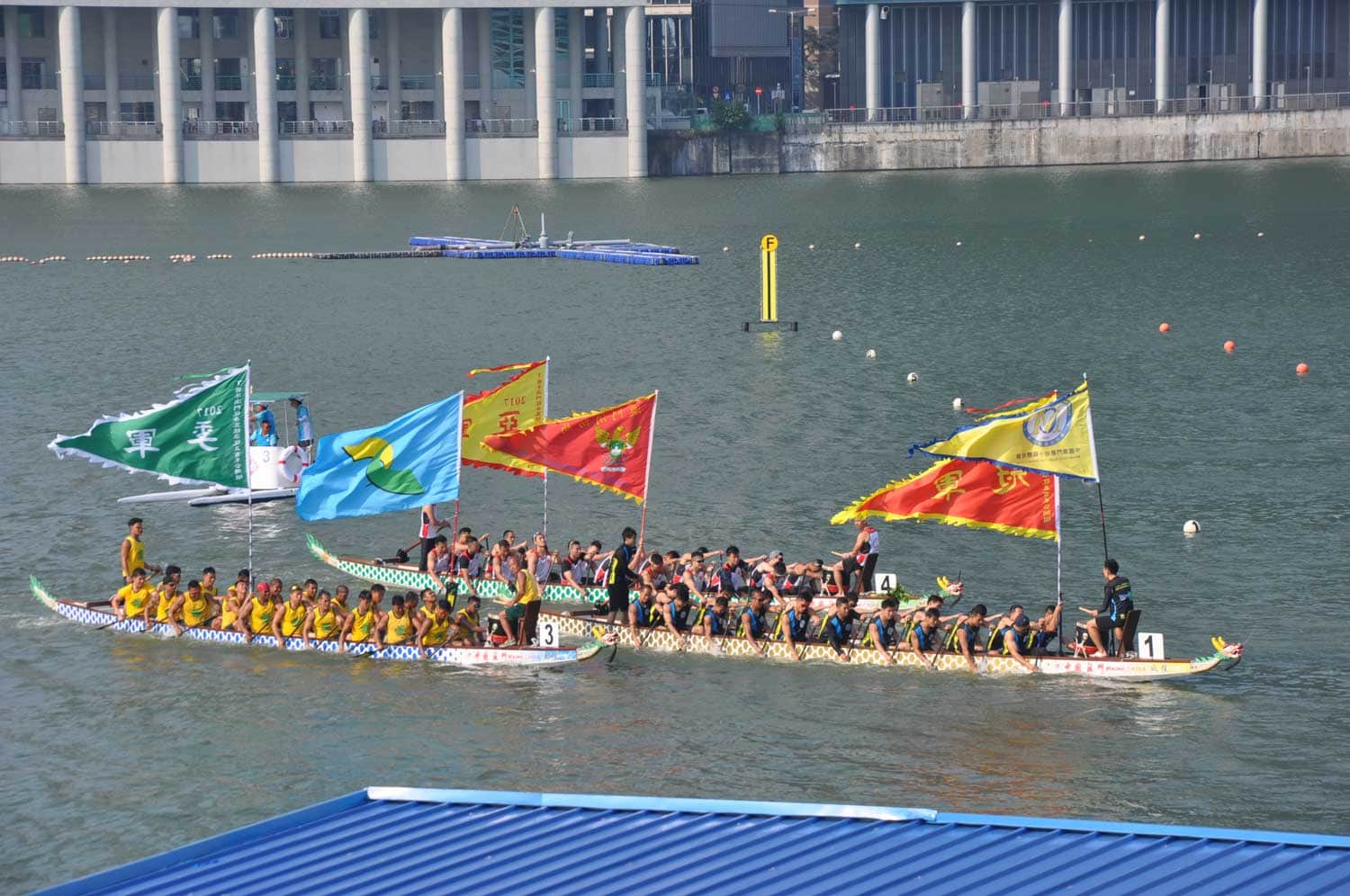 At the 200 meter distance, the fastest men’s teams could do it around 50 seconds, while the women took about 57.  Over 500 meters, the best local teams won with times of 1:57.353 (Monte Carlo team/men) and 2:11.25 (Macau Youth Development/women), while the men and women from China Nanhai Zhujiang smoked everyone on Tuesday, finishing with blistering marks of 1:49.183 and 2:01.289 respectively.  In fact, the 1:49 time that the men put up was the fastest one on record in the history of the event. 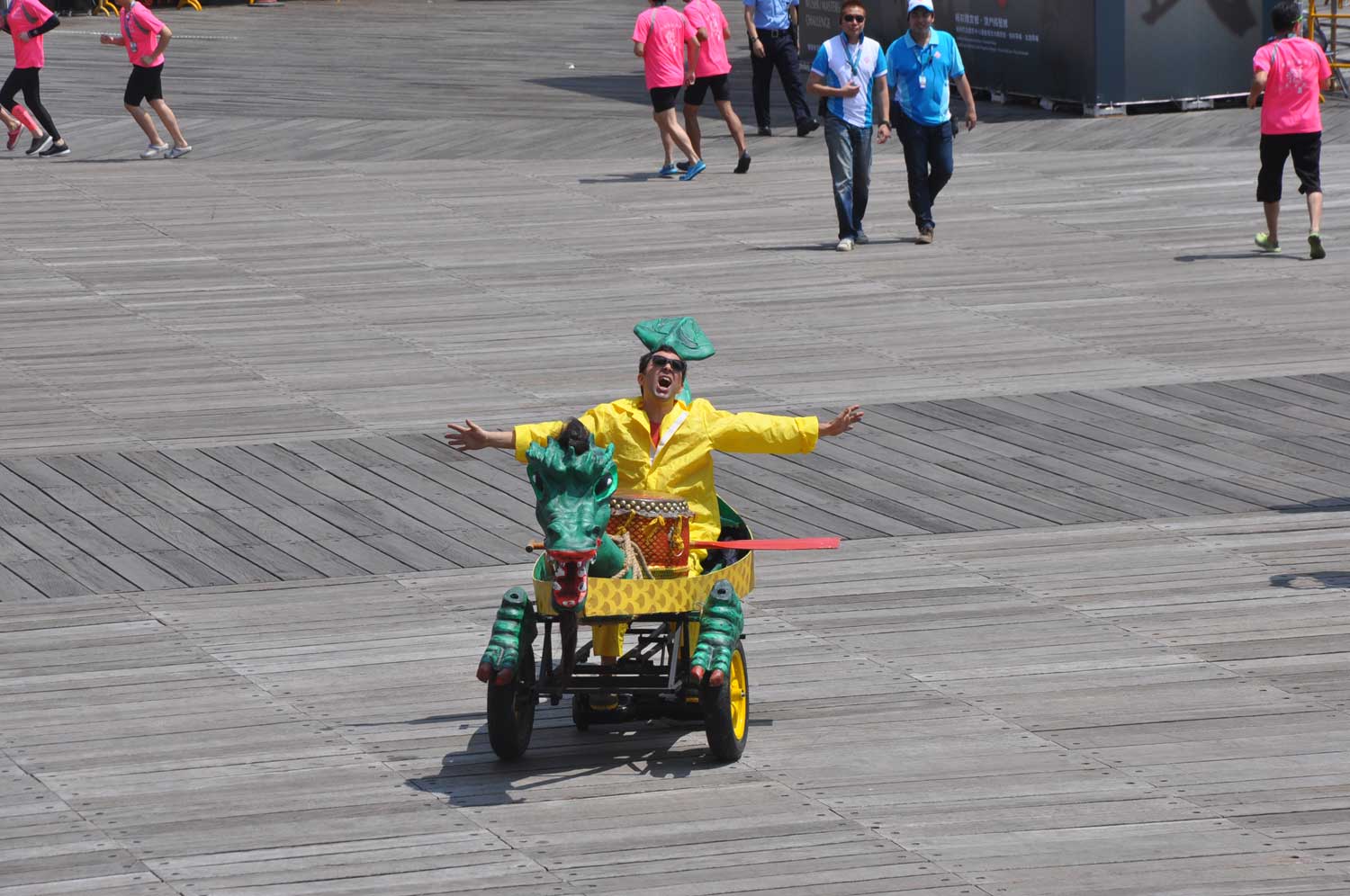 Just like the Lusofonia Festival, I think going to the Dragon Boat races will become another one of my new annual Macau traditions.  See you there next year!