Feast of the Drunken Dragon

After returning to the Macau peninsula, we wanted to see what was happening with the Drunken Fishermen.  Senado Square was empty except for a long line of people outside of Kuan Tai Temple waiting to get a bowl of free longevity rice. 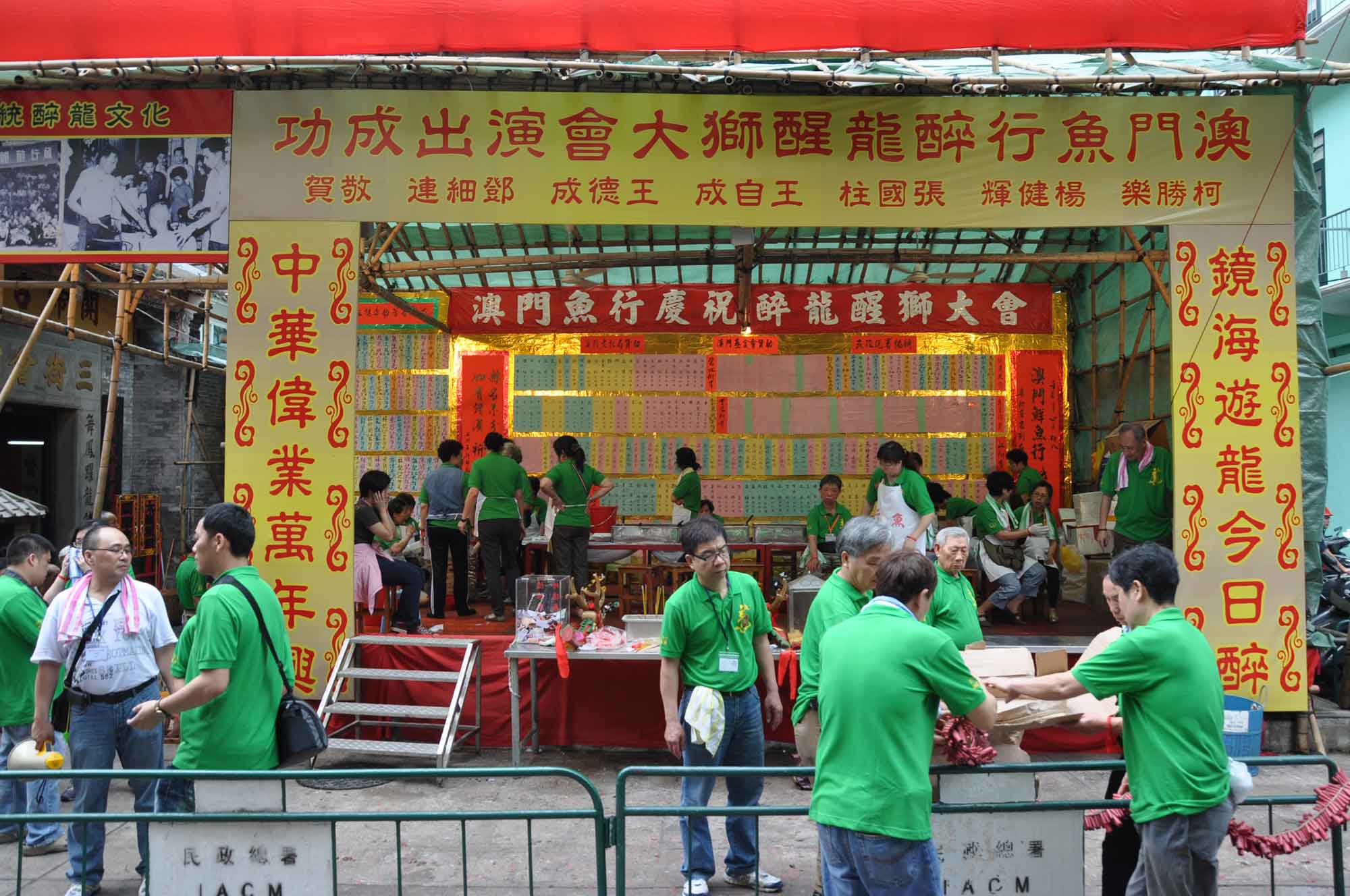 We would have liked to have stayed and tried some, but there were too many people. 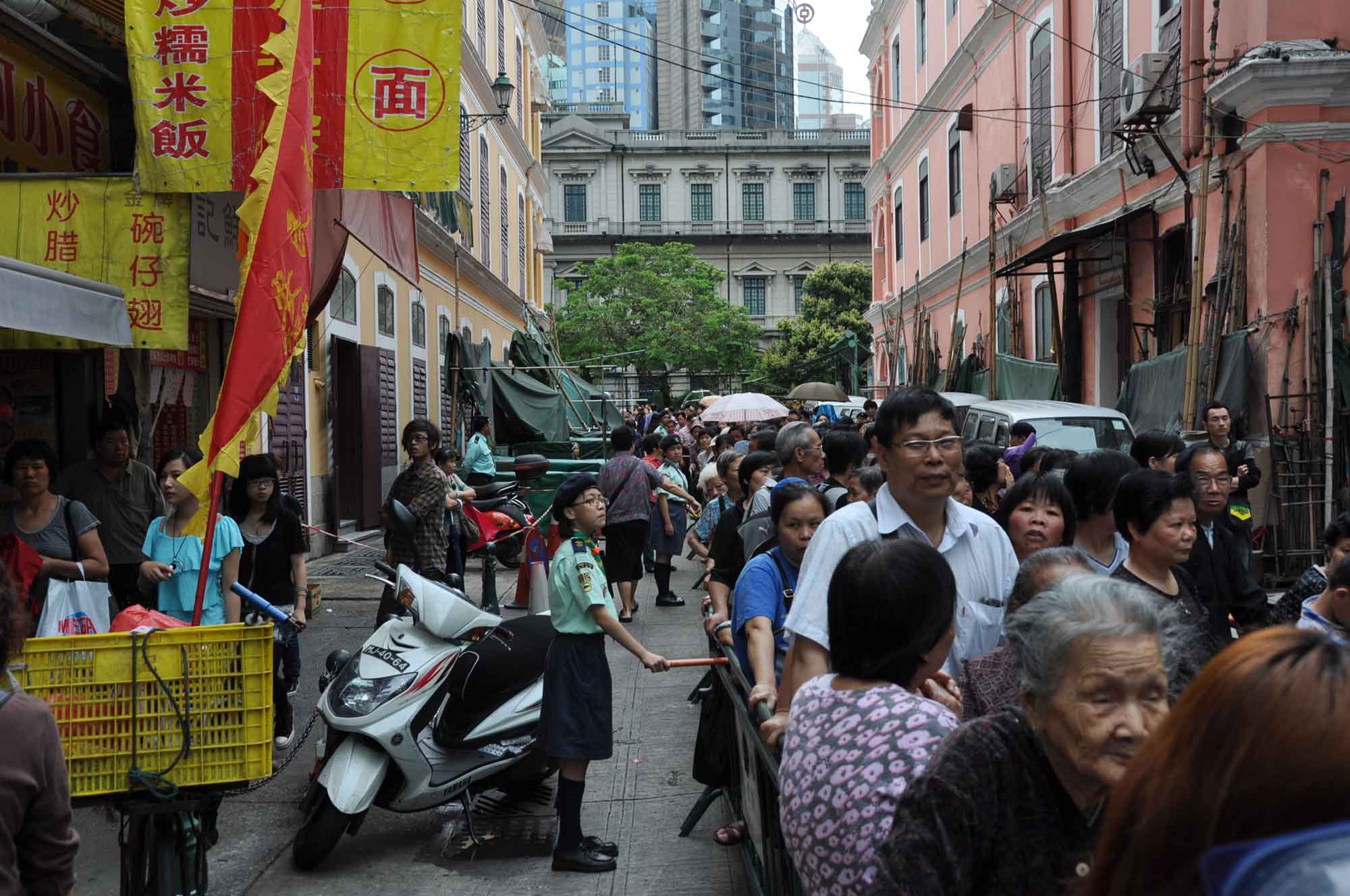 Thinking that was the end of the festival, we called it a day and headed for our hotel, the Sofitel.  As we passed by the Street of Happiness though, we heard the loud beat of pounding dreams and the piercing scream of high pitched whistles… there was a Drunken Dragon Dance in the area! 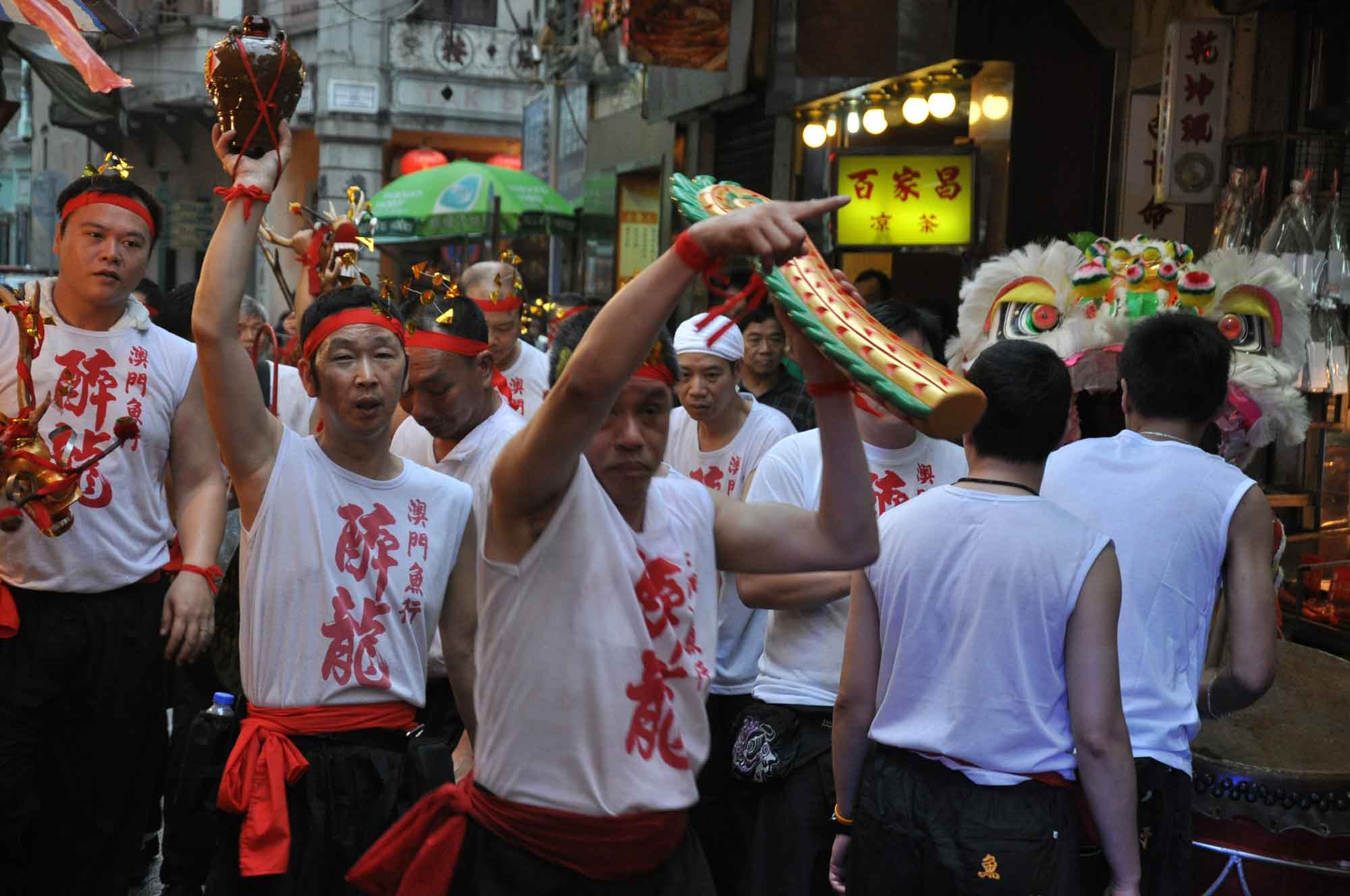 We followed the sound of the bedlam and met up with the men outside the San Va Hotel. 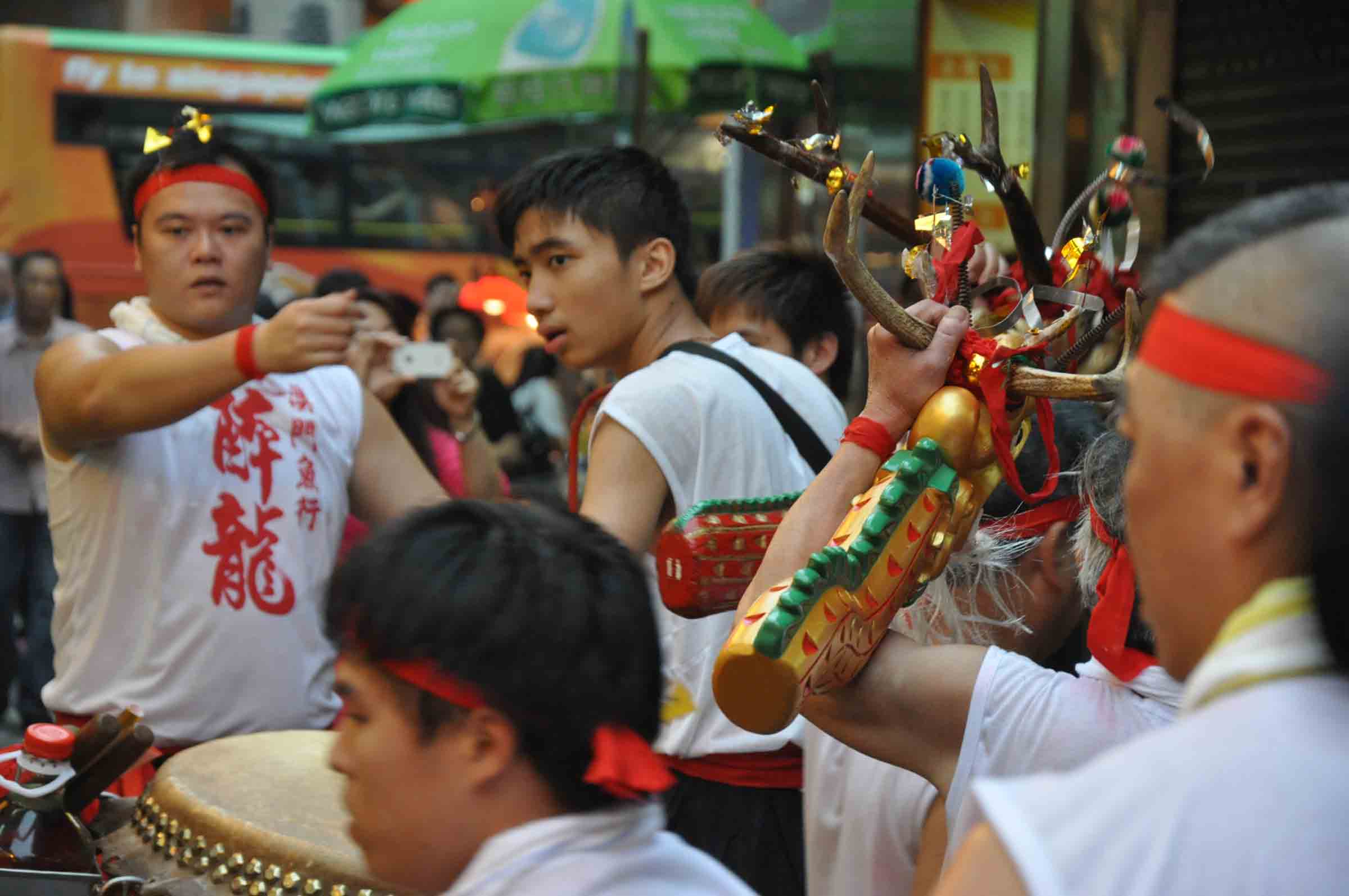 There were about 15 or 20 of them in total and there was no way you could miss them.  The sound they made announcing their presence was absolutely deafening. 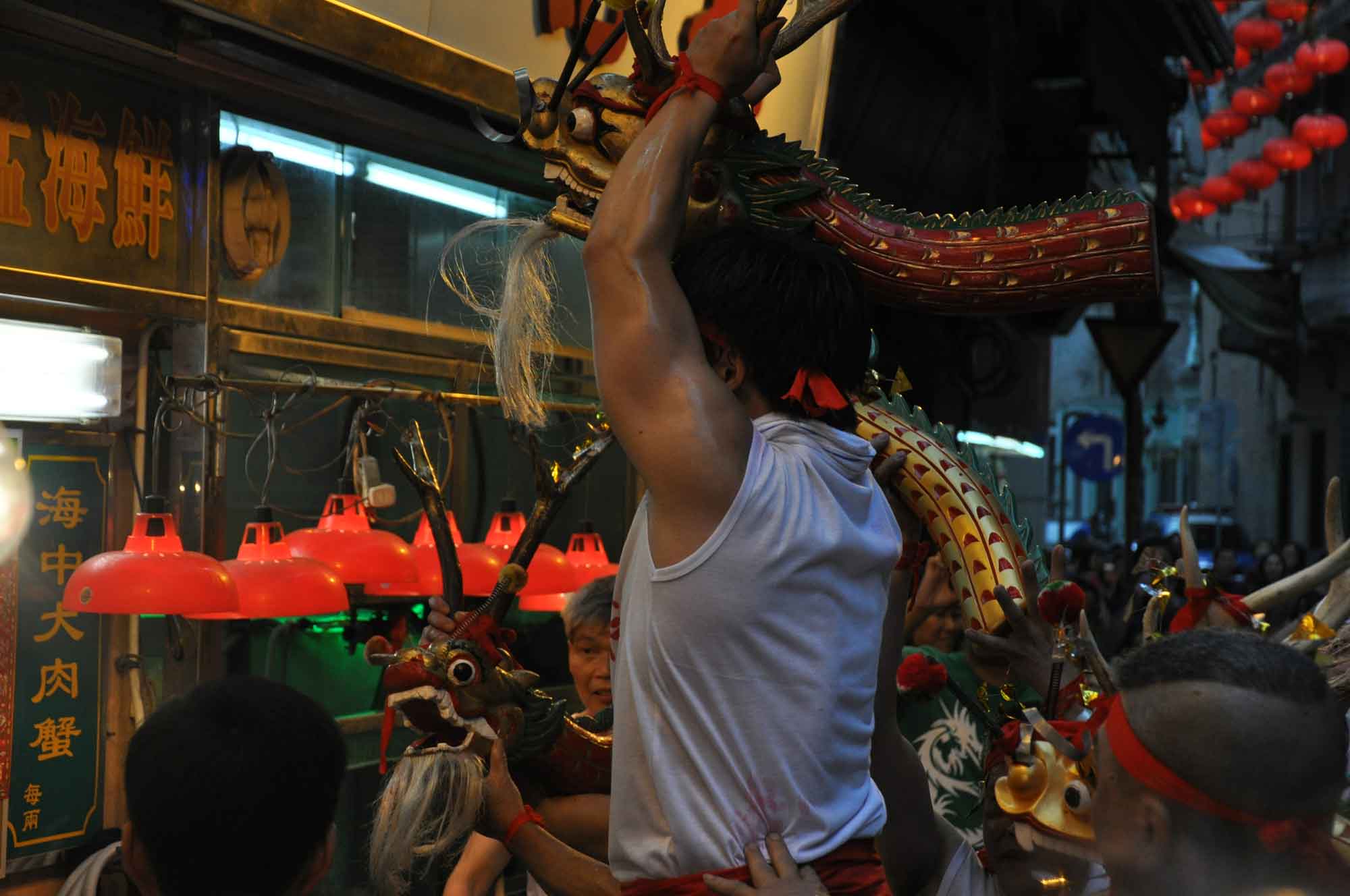 We followed the group for awhile, watching the men do their Drunken Dance outside of 3 local shops.  Again none of them drank anything, they only danced around small sacrifices, in this case, some vegetables and firecrackers. 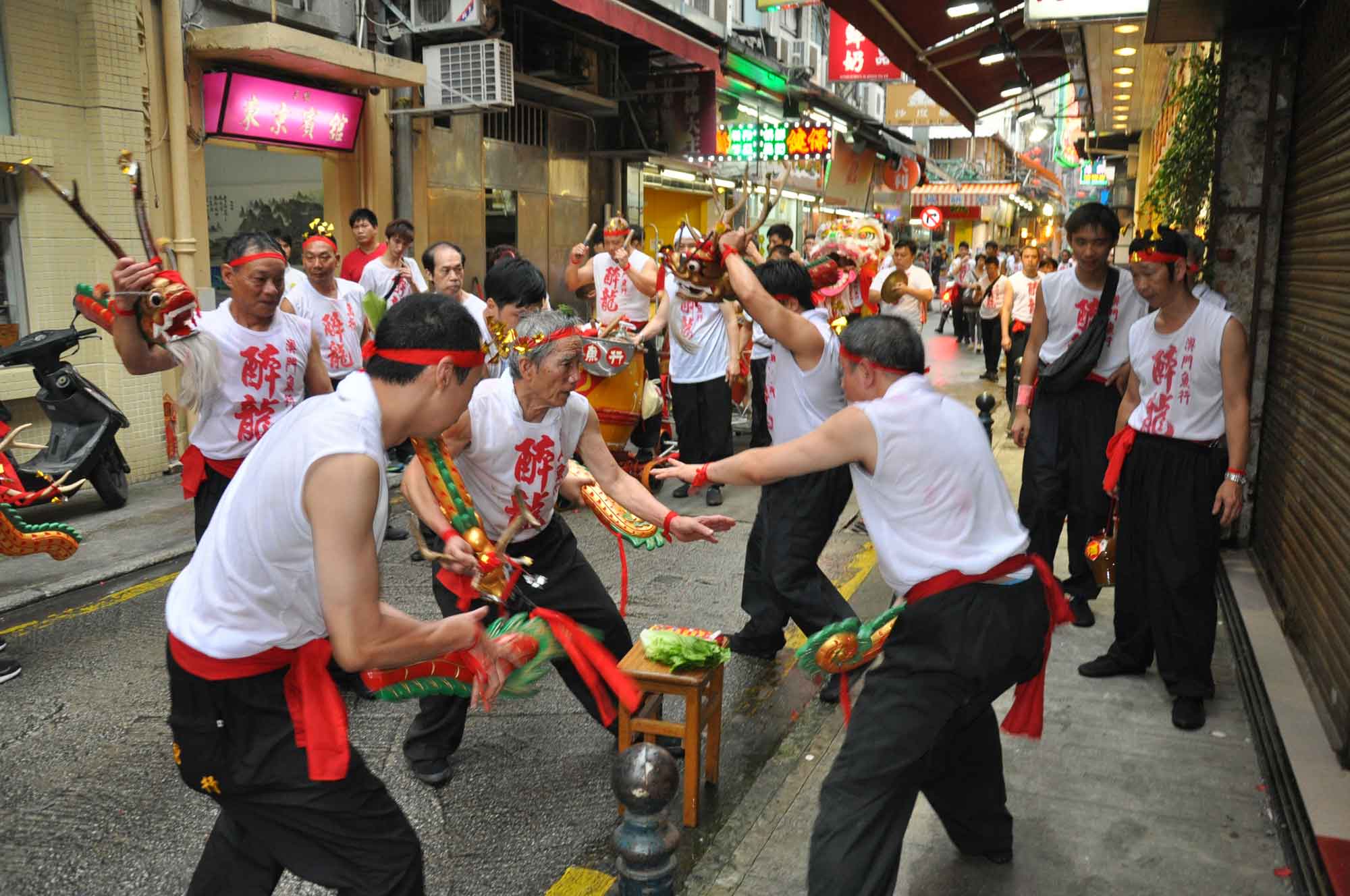 After the men finished, they left their mark by setting off a string of ear splitting firecrackers.  If the Drunken Dragon likes anything more than alcohol, then it has to be noise. 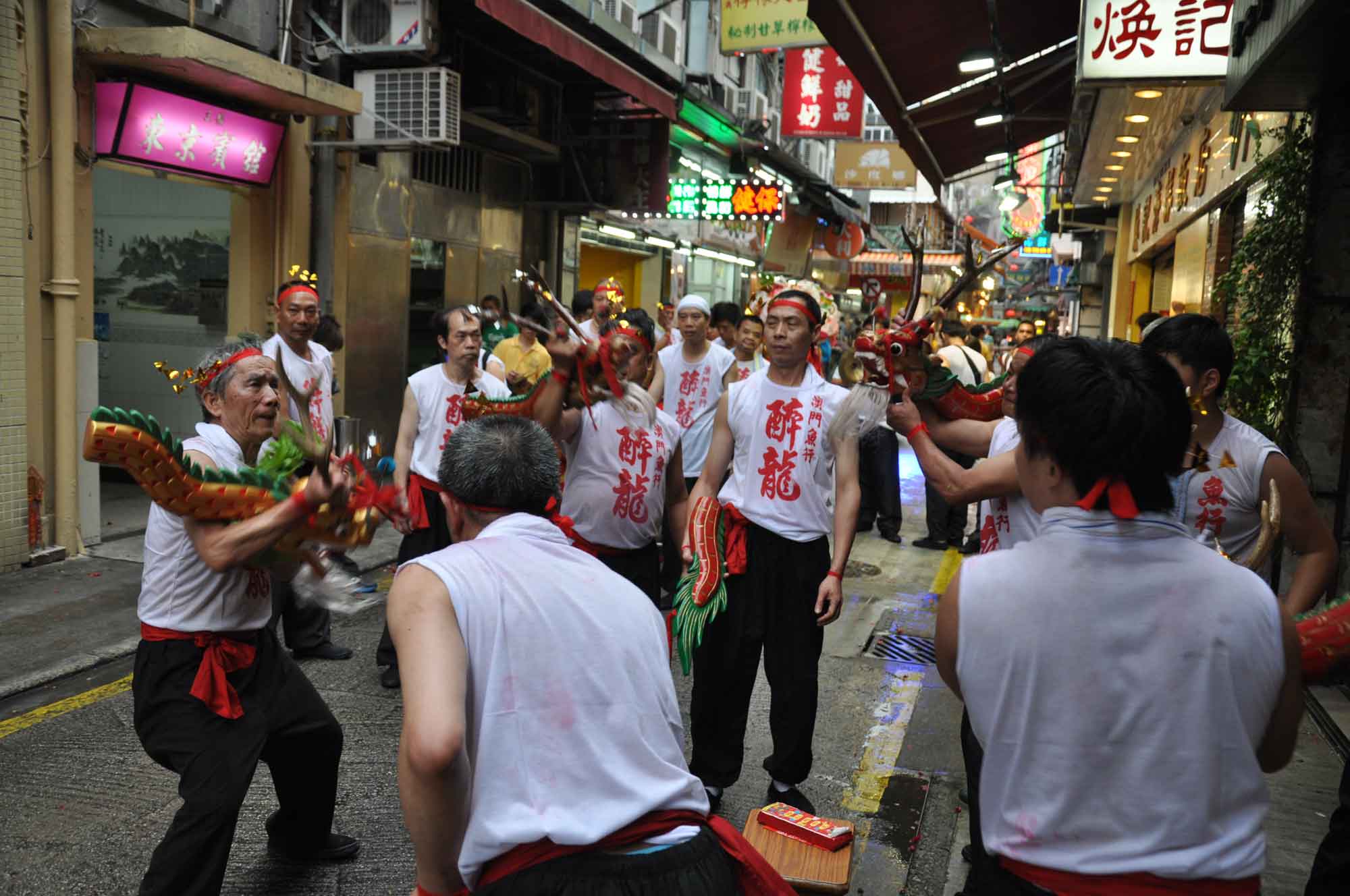 Seeing the men dance inspired A Ping and Qi Meng to join the action too.  They slipped off into a local shop, bought a ton of beer and said they would do their own Drunken Dragon dance, Maven of Macau styles! 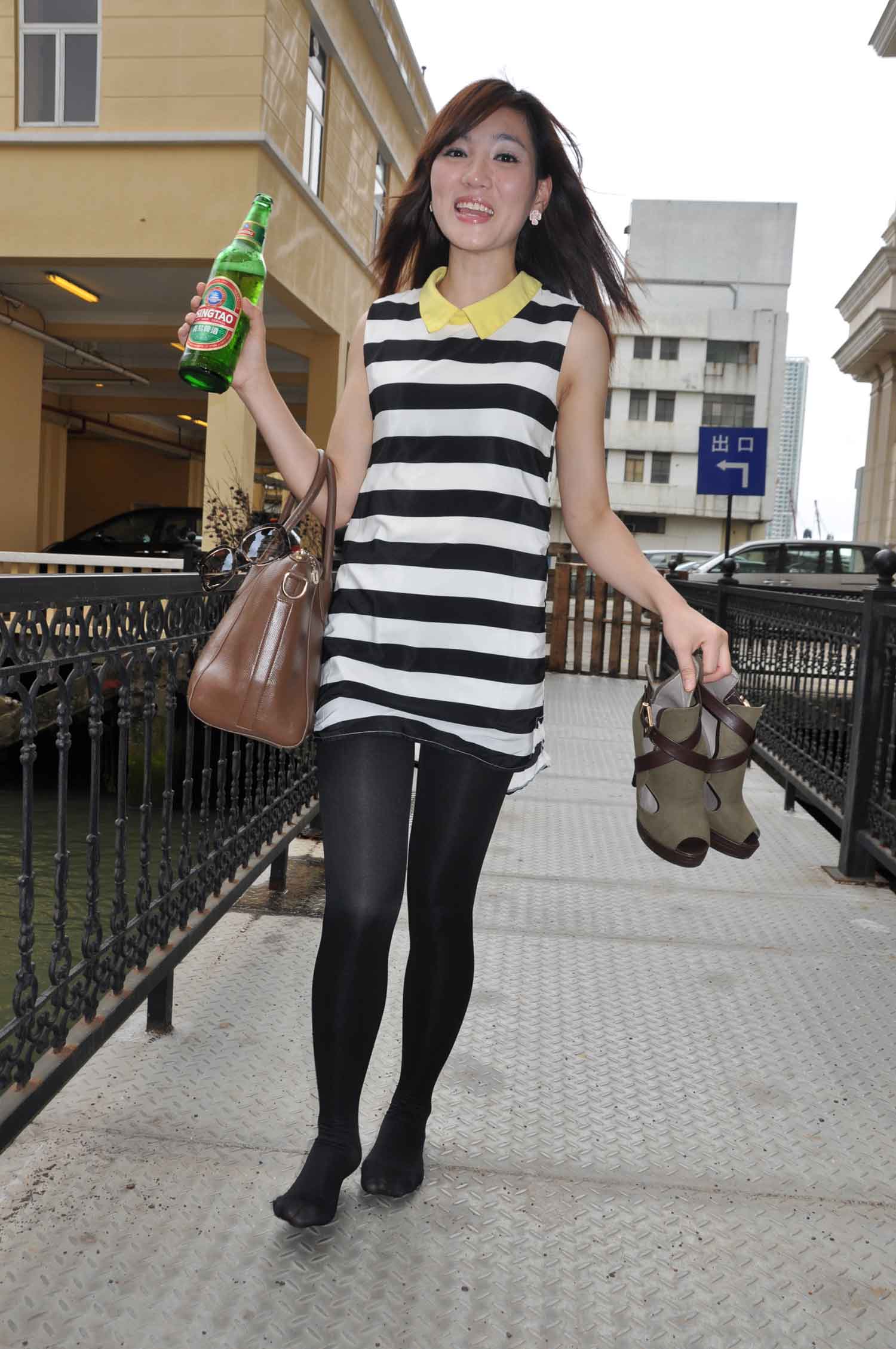 And it was there, outside of the Sofitel, where it began. 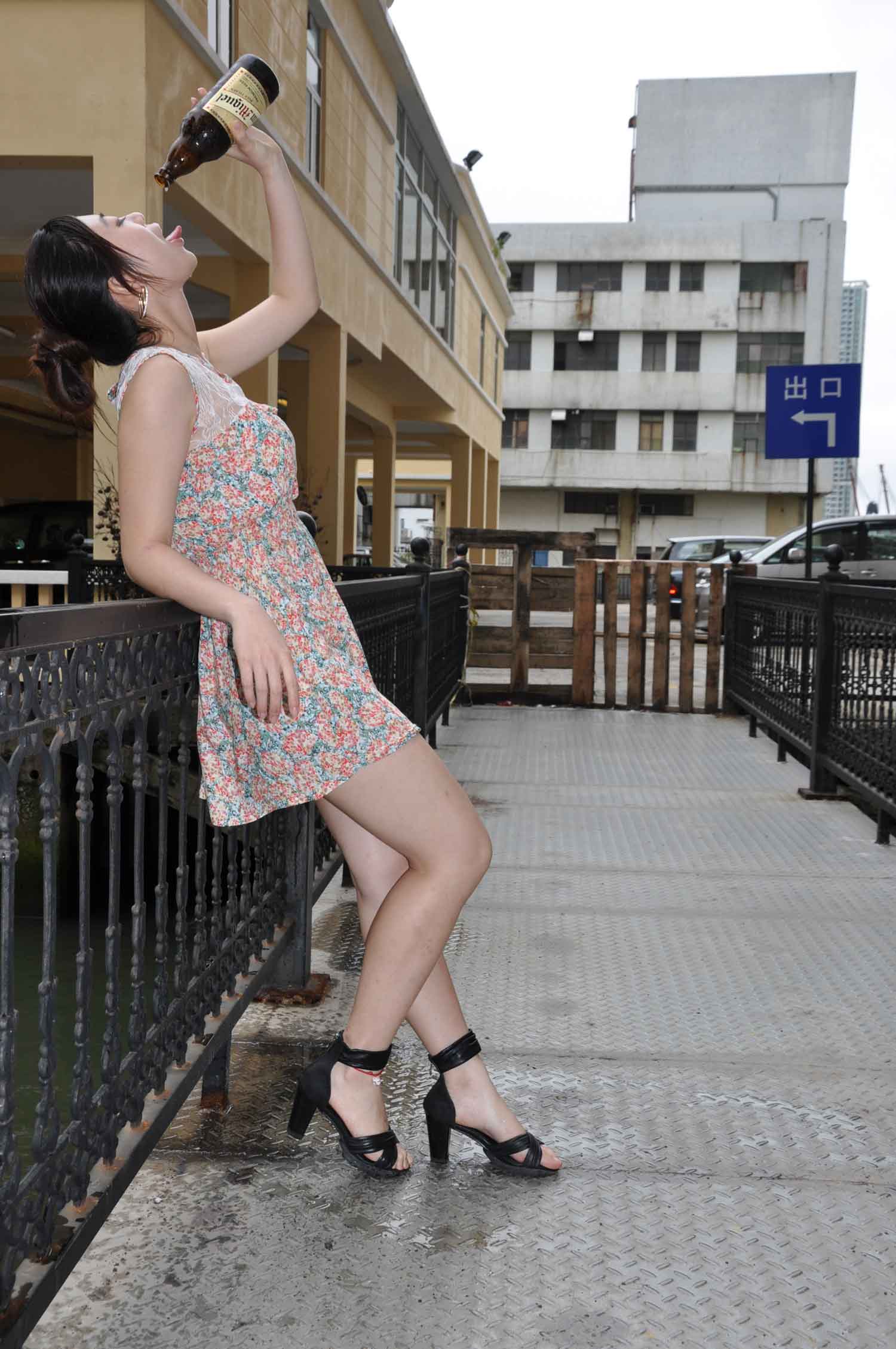 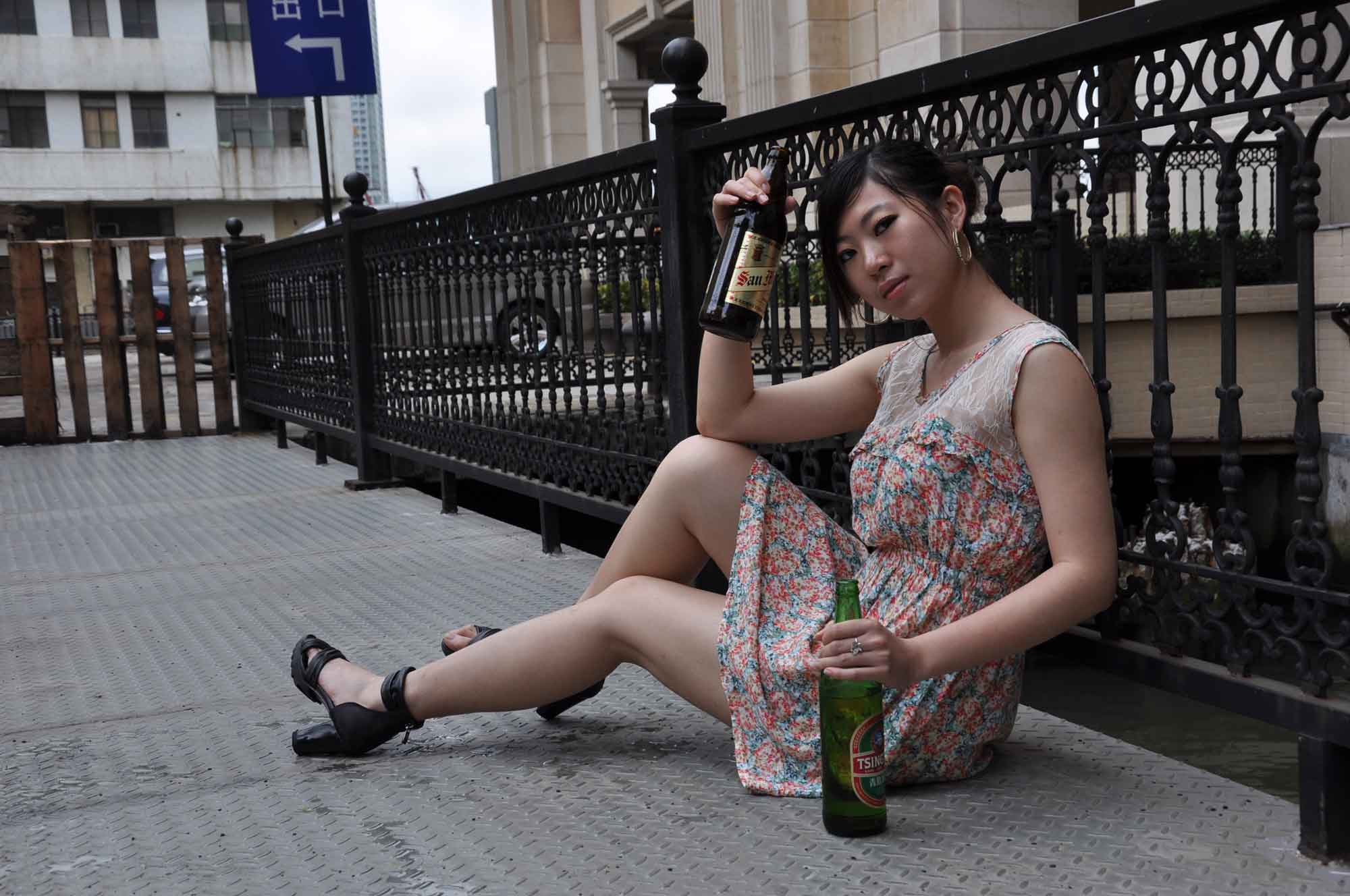 7 beers led to 8, which quickly became 9, 10, 11 and before you knew it, they had put down 25!  Two beautiful girls did the deed and performed the ritual, asking the Drunken Dragon to bless the city of Macau, the country of China, and all of its people.  They especially wanted him to bless all those involved with putting on the three great festivals we had seen earlier that day. 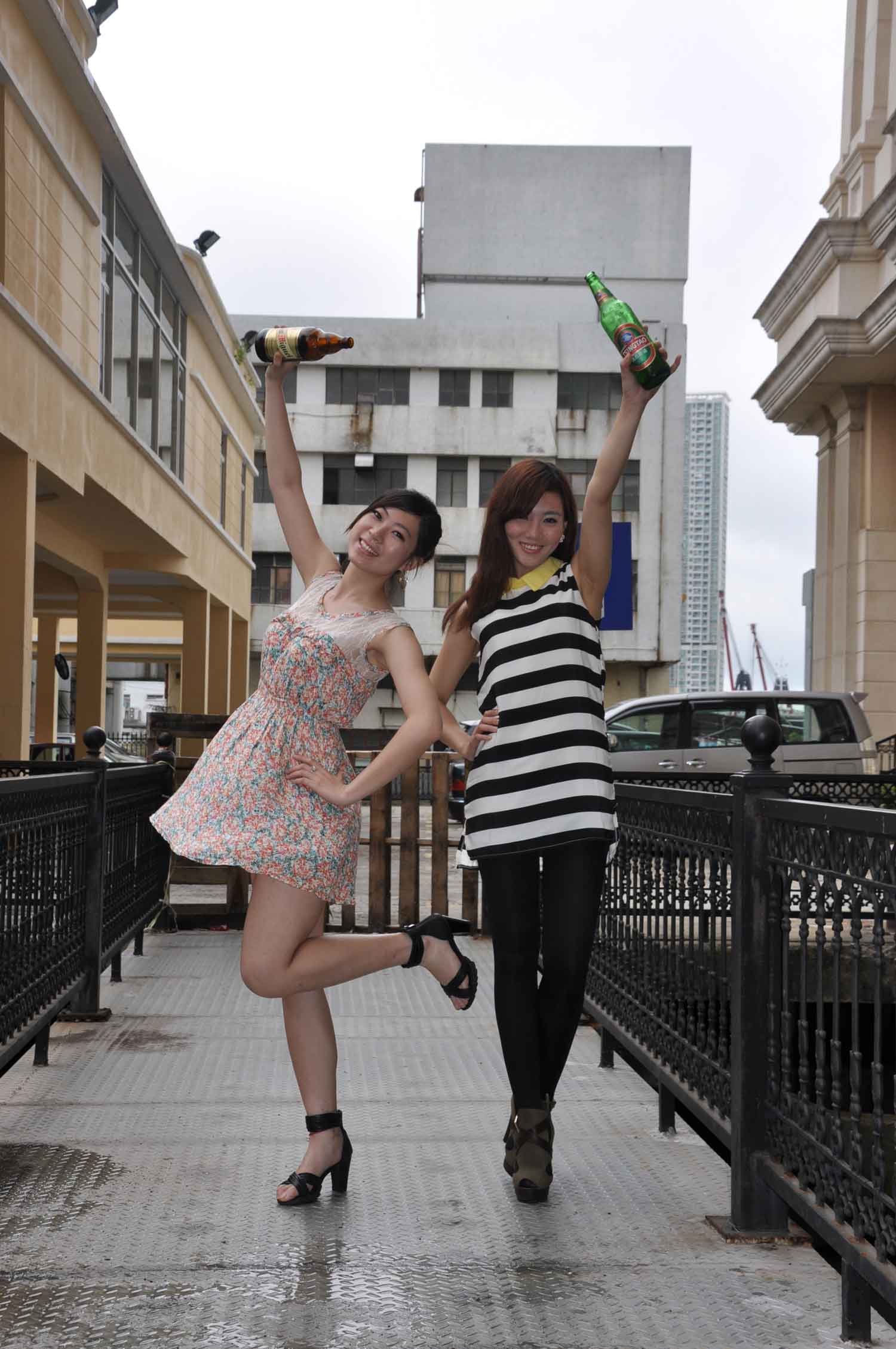 In my opinion, the fishermen were good fun granted, but they had nothing on Qi Meng and A Ping once they got going.