Lunch was next at the Macanese eatery Carlos, located on Rua Cidade de Braga near MGM Macau. 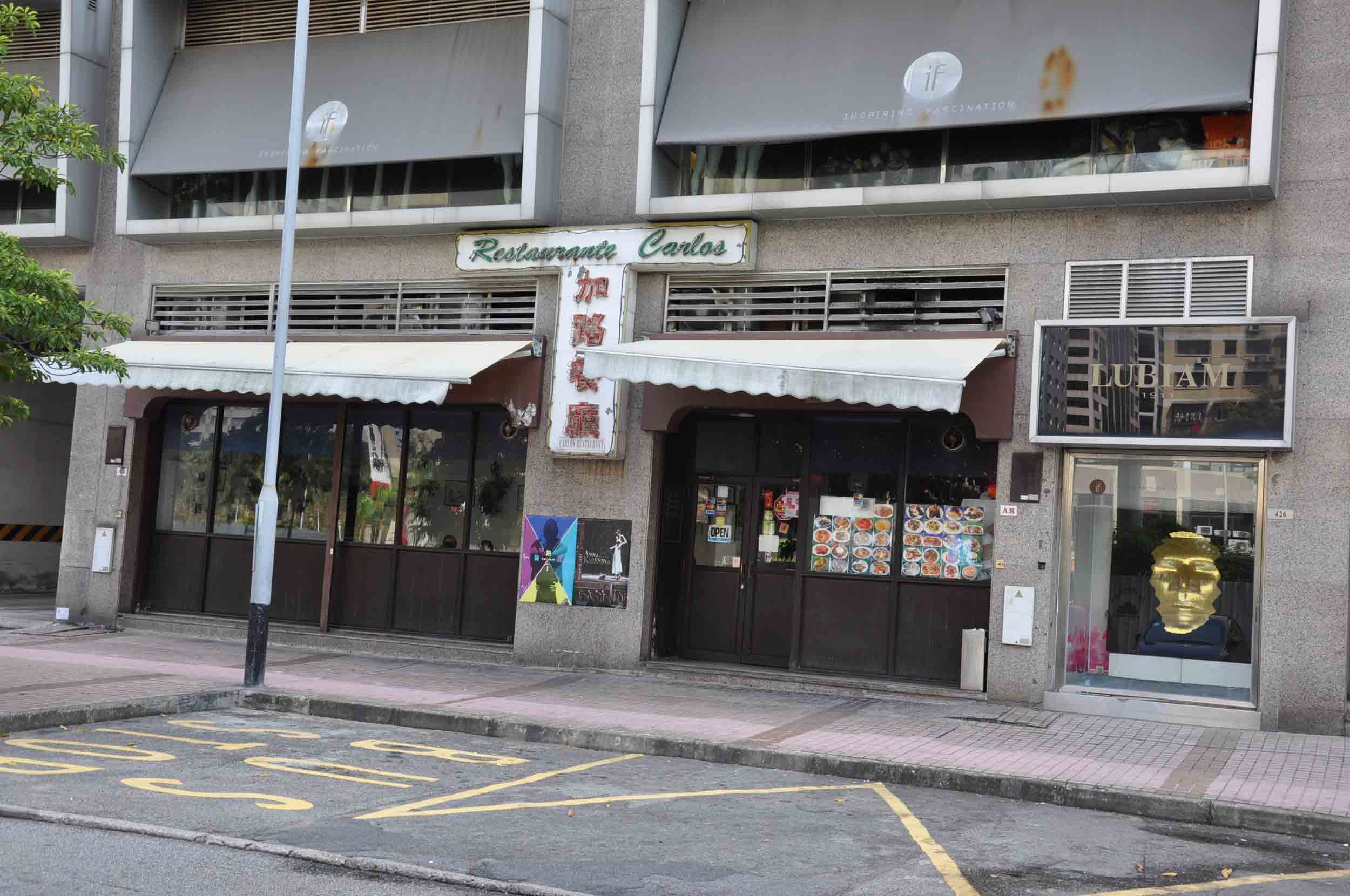 Carlos has a good reputation across town as a top local restaurant and this was my first time going there.  The staff seemed to be unusually upbeat and in good spirits, probably because Spring Festival and a lot of holiday time were right around the corner. It kind of felt like the last day of school and even the headmaster, Señor Carlos, was in a great mood, walking around the joint laughing, smiling, and in a mood to talk. 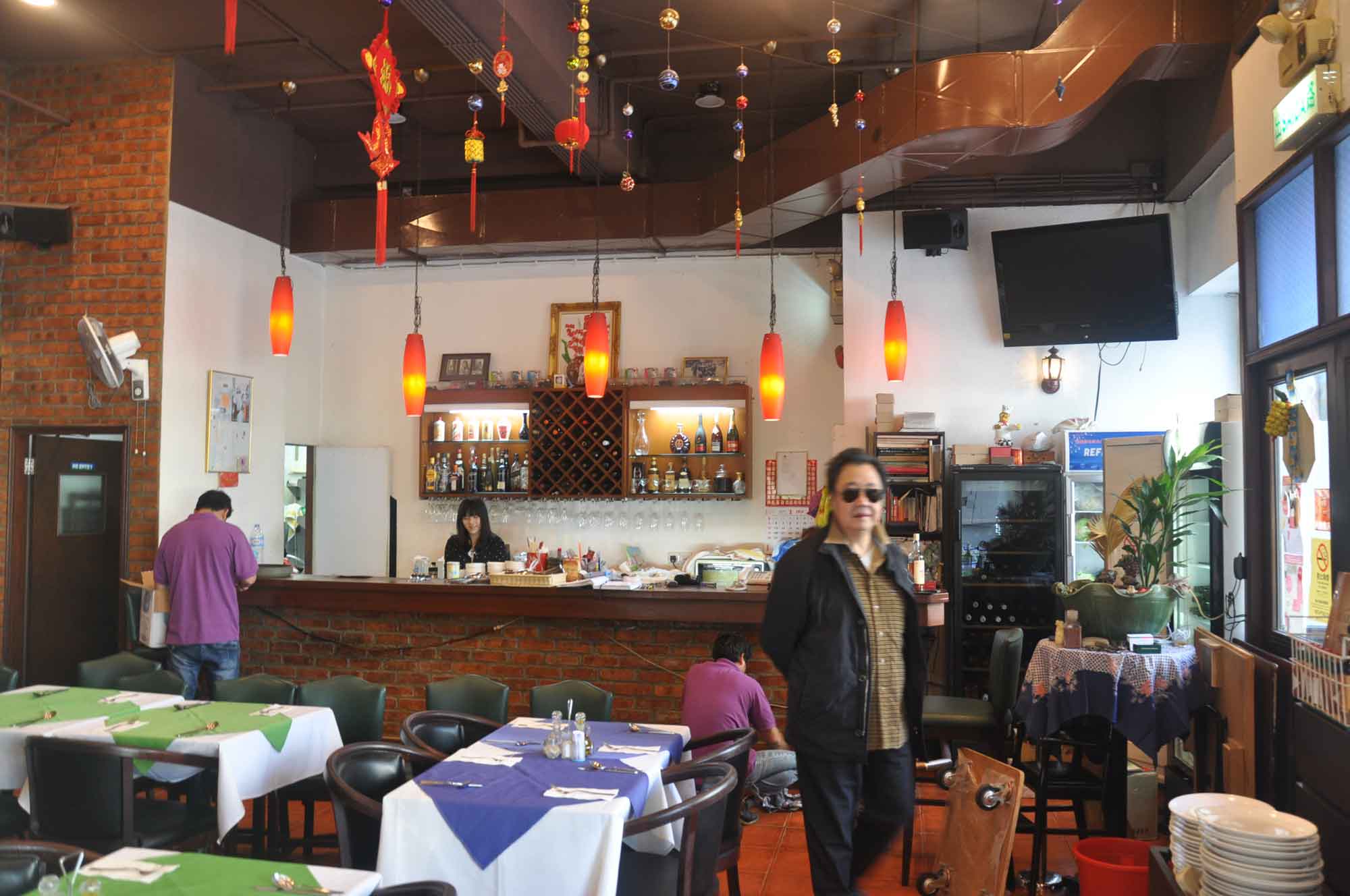 I must admit all of the good vibes rubbed off on me and I decided to join the festivities too, treating myself to a bottle of wine from the Setubal Peninsula in Portgual, the Adego de Pegoes. 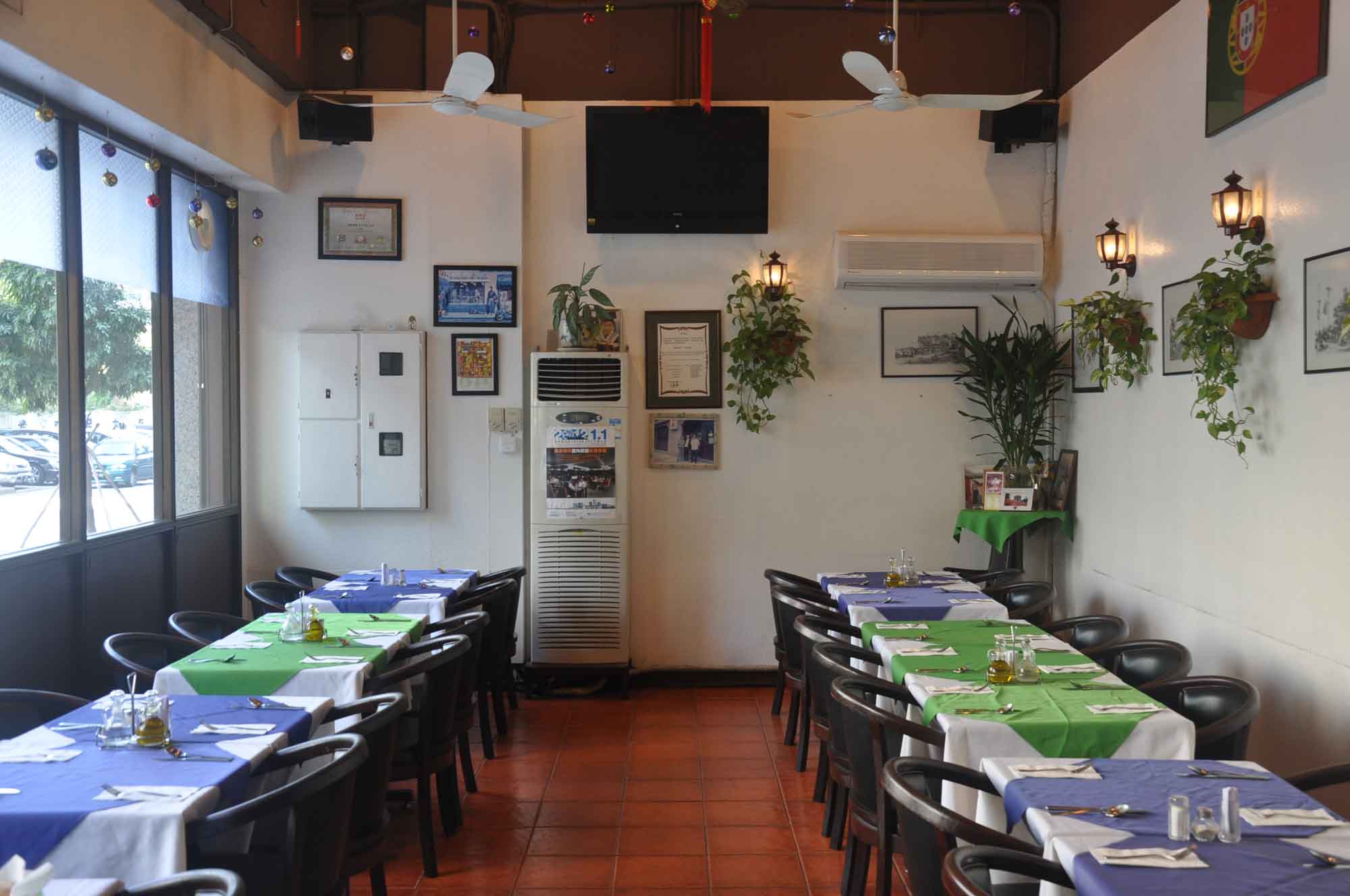 For food I tried the soup of the day, Caldo Verde (vegetable soup) then went for a Chicken Salad and Carlos Famous Grilled Chicken.  Ordinarily that would have been enough but I also had to try the minchi since it’s known as one of his better dishes.  One of the most traditional Macanese foods around, minchi is a combination of minced pork and potatoes, and is usually served with an egg on top.  Carlos told me that minchi ideally should be made with both pork and beef, but the younger generation doesn’t like it done that way anymore.

The salad was fresh and fine and the chicken was large and in charge, probably enough to feed two people if I actually had any friends. Grilled to perfection it was juicy and tender and my greasy fingers couldn’t get enough.

The minchi came out last and confirmed its reputation as a signature house dish, and was probably the best thing I had there.

As I was starting my last glass of wine, something happened competely out of the blue.  A trio of regular customers were eating at another table and they invited me over to join them, probably thinking it inappropriate that I was drinking alone.  Kind of an oddball cast of characters, they were two Spanish priests and one 70 year old Macanese man of Portuguese descent.  As I sat down they offered me a glass of blended whisky, which I more than happily accepted.

One of the first things we talked about was something that’s become a hot topic around town, and that’s whether Macau is getting better or worse.  While it’s more wealthy than ever before, and public benefits like health care and education are improving, the city got rich so fast that it couldn’t help but leave some people behind.  Some elder locals, for example, had to leave the city and live in Zhuhai, just because they couldn’t afford it anymore, quite a sad result on many levels.

Housing prices have skyrocketed too the past ten years leaving many young people unable to buy homes and a lot of businesses and good restaurants have been forced to close recently simply because they couldn’t afford the new rent.  Students in school tune their teachers out knowing they can just get a job in a casino and make $25,000 a month, pretty much slamming their future shut.

The two priests spoke from the cloth and said sure the city was getting better, their church gets a lot more money now from the government and can help a lot more people out.  The Macanese man however scoffed and said no way, Macau used to be beautiful, full of large colonial homes and gardens and now it’s all just concrete and apartments, and that’s all you ever see.

Obviously good friends, the men often traded barbs back and forth, seeing who could get the best digs in, as I guess the Portuguese and Spanish are wont to do.  I think the Macanese man had the best one, reminding the priests that the Spanish has once been banished from Macau and they’d be lucky if it didn’t happen again.

He also talked about the differences between the North and South of Portugal.  Apparently Northerners are generous and friendly, always inviting their friends into their homes to eat and drink and eat, while the people in South are cheap as sin, always making sure to hide their food in the table if their friends should unexpectedly turn up at dinnertime.  I personally found that quite funny for a couple of reasons.  I mean, hiding food is one thing, but who hides it IN a table?  What kind of tables do they have there?

At about 2:00 pm we called it quits and everyone went their separate ways.  My final total ran 610 Mops, pretty good when you consider that $260 of it was for wine.  I also noticed that the three men didn’t pay anything, they only settled their tabs at the end of the month, a pretty sweet privilege.

It was very obvious from talking to them that they knew the city inside and out.  They knew which restaurant to go to when they wanted steak, the best place for codfish, the top joint for dim sum etc.  The fact that they would choose Carlos as their daily lunchtime haunt not only says a lot about the food that’s served there, but also a lot about Carlos, his service staff, and the kind of environment they provide.

Predominantly Filipino, they do what Filipinos typically do, and that is smile, shoot the breeze with you, and be extremely polite.  I don’t want to sound racist or anything, but if there are friendlier people on Earth than those from the Philippines, then I haven’t met them yet.

For the afternoon I wanted to check out the Fire Services Museum, before finally solving the riddle of what Green Island is and what was there.

The Fire Services Museum is located close to Kiang Wu Hospital, in the general vicinity of Camoes Park and Monte Fort.  About a 30 minute walk from Carlos, I arrived at about 2:30 pm. 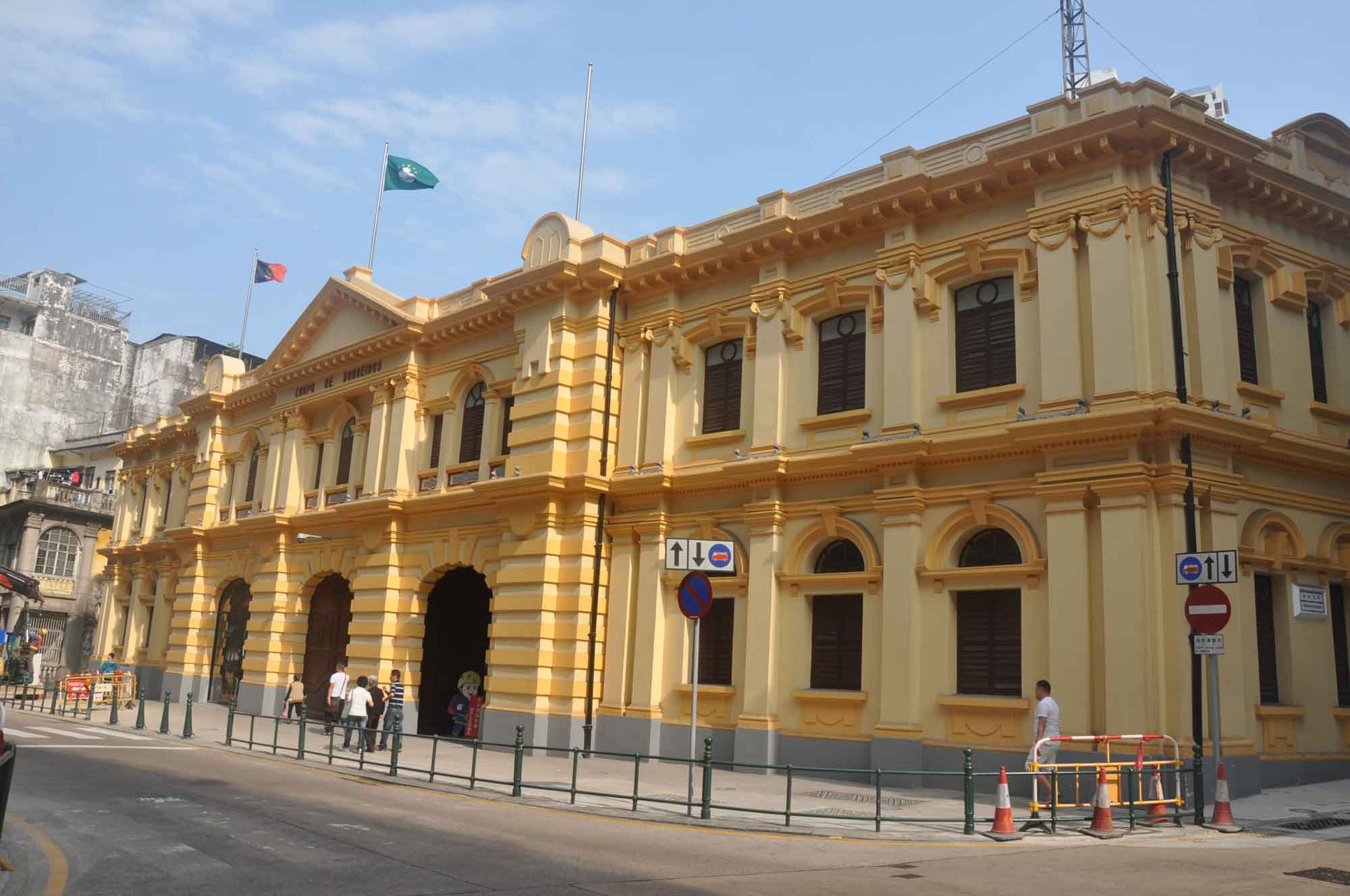 A specialty museum in the same vein as the Vintage Sounds Museum and G32, the Fire Services Museum is housed in a big yellow building that dates from 1920.  Although not very large, the museum is extremely comprehensive, with everything related to firefighting on display, including trucks, nozzles, hydrants, uniforms, and equipment. 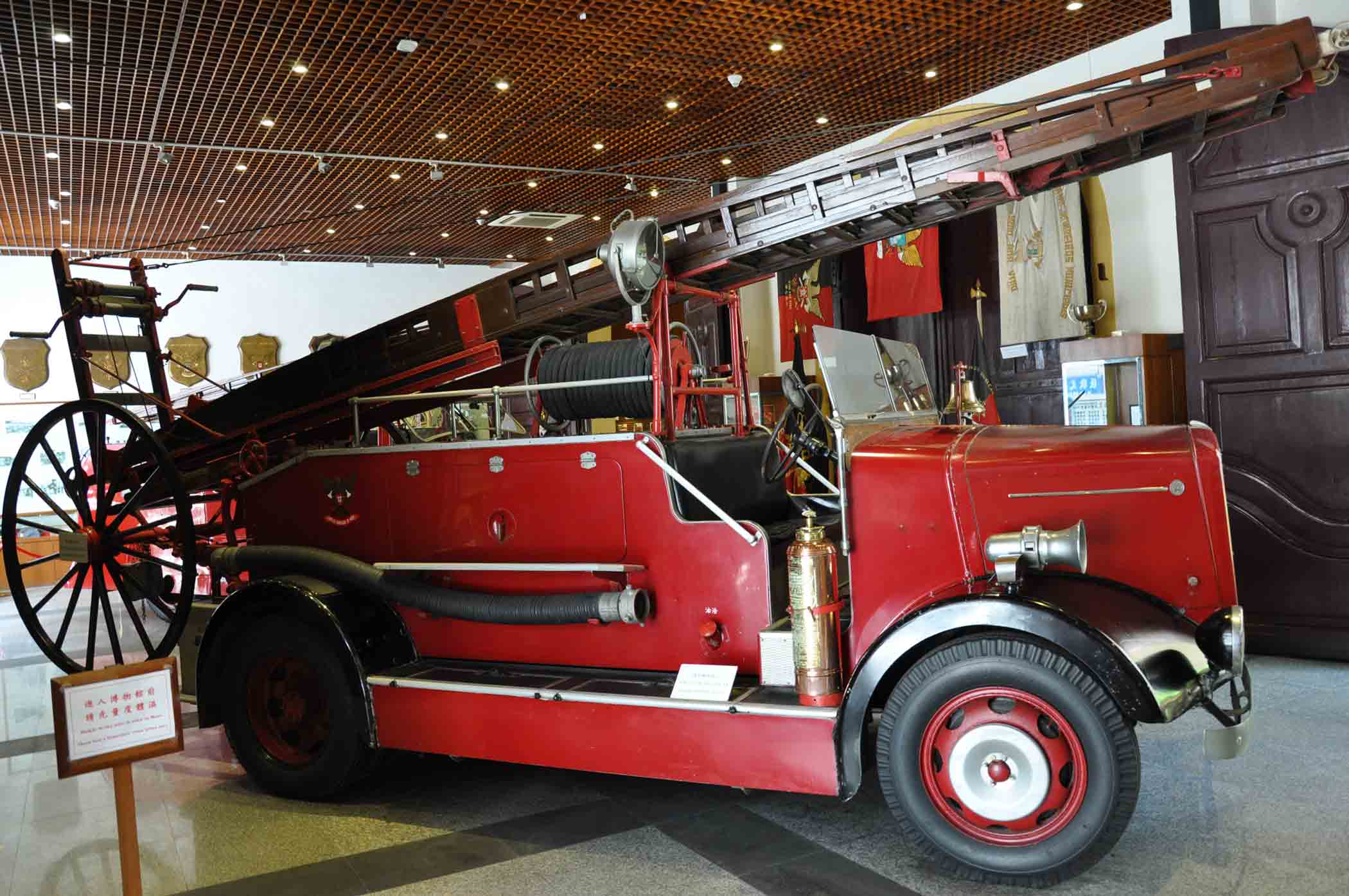 The centerpiece items are the two vintage British made fire trucks, the Dennis Big 6 and the Dennis Light 4, that were in service in the 1930’s and 40’s. 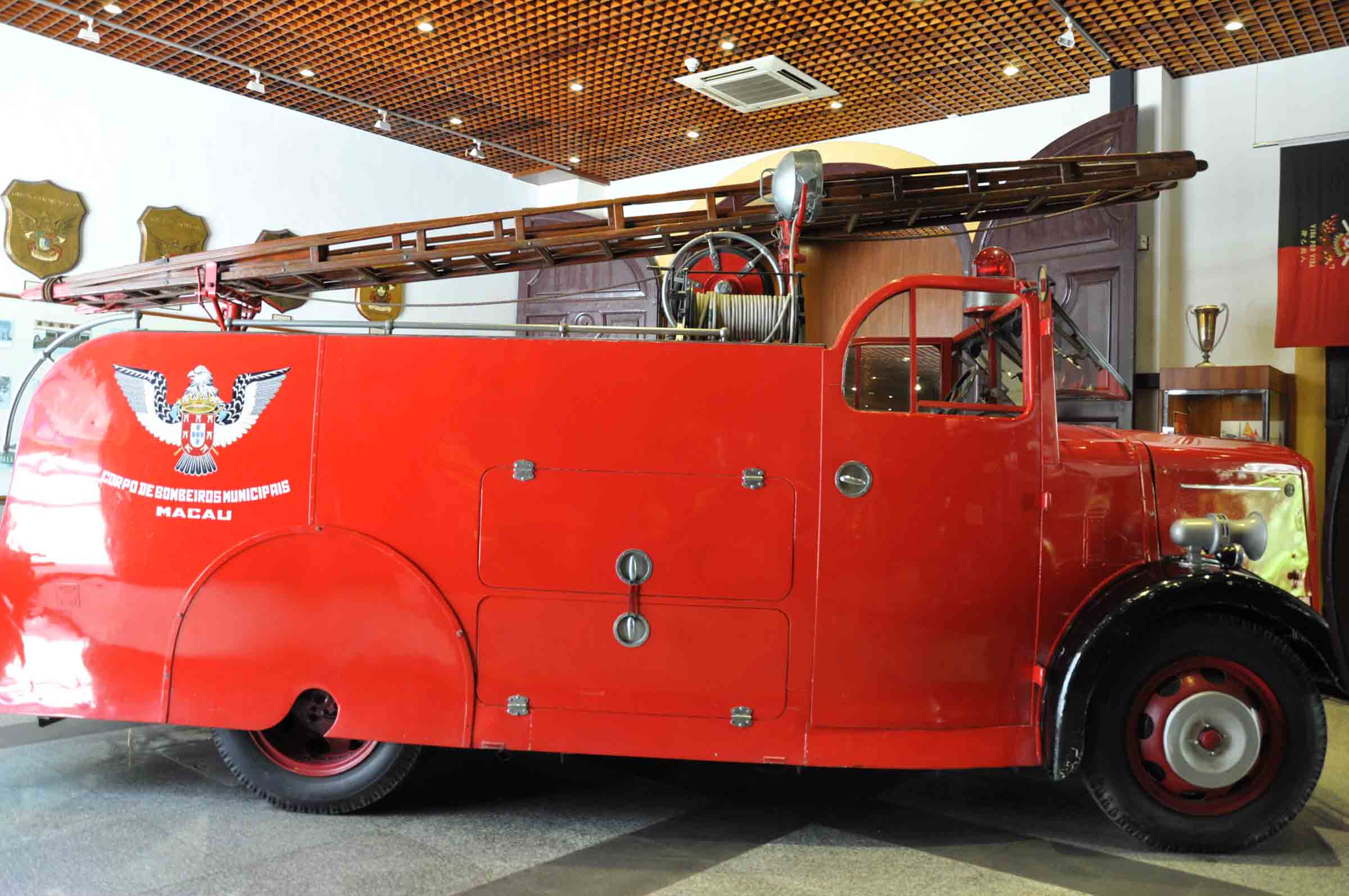 Other displays shed information on Macau fire protocols and the story behind the city’s largest blazes. I spent about twenty minutes there checking out all of the exhibits, and found many of them to be quite informative. 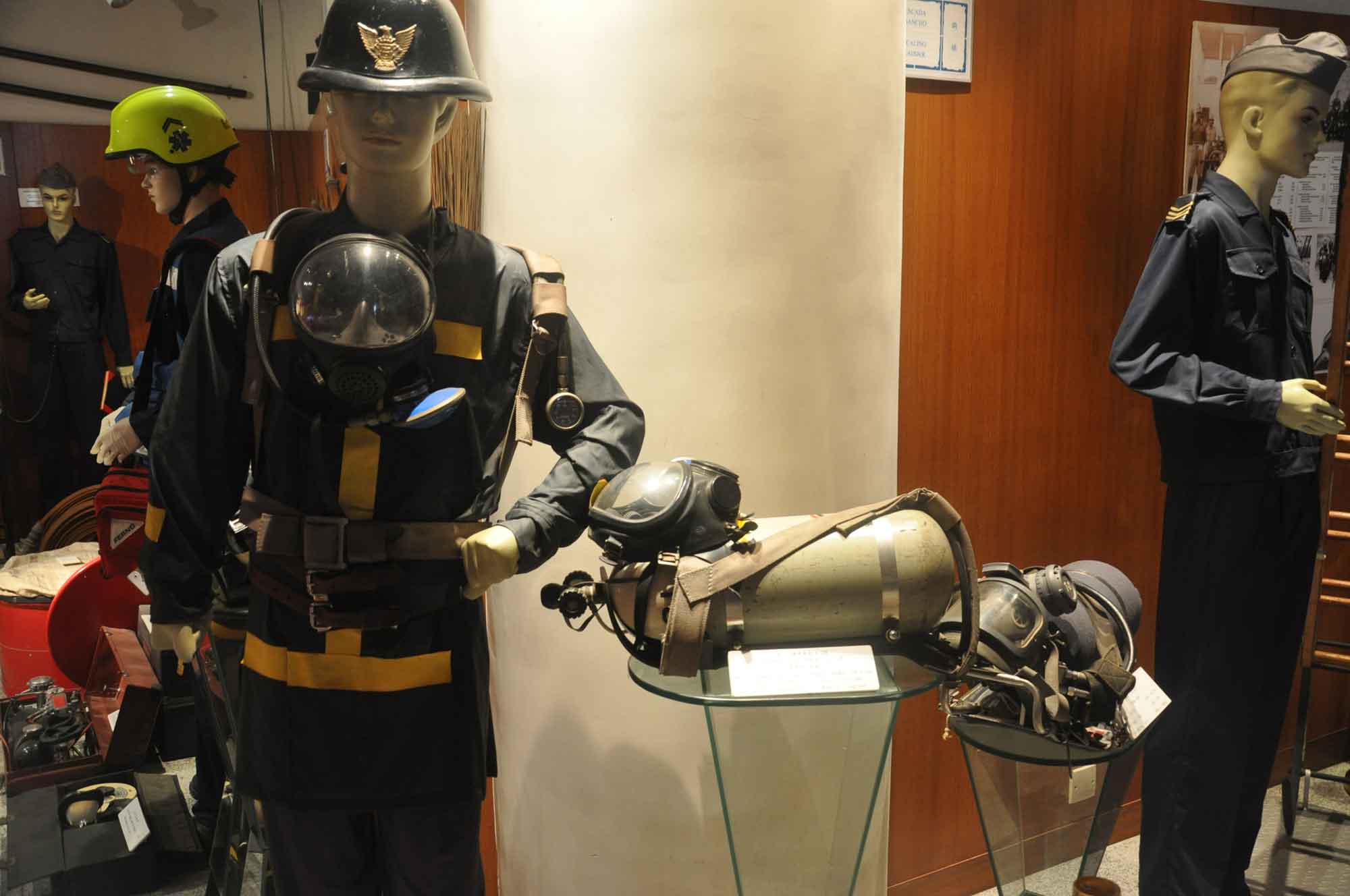 As far as attractions go in Macau, the Fire Services Museum is definitely a minor one, but I don’t think you’ll be disappointed if you go. 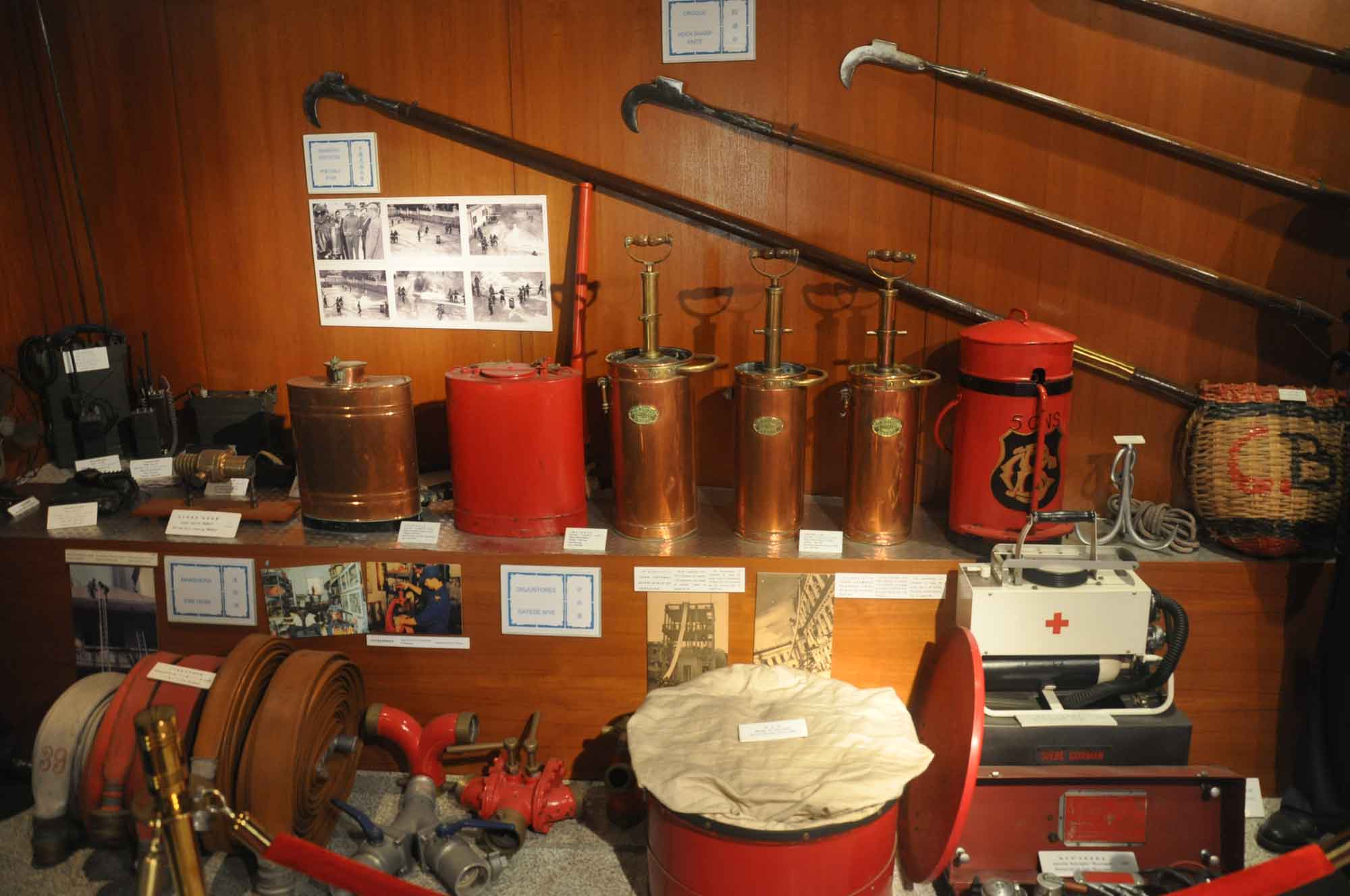 A little tip: in the height of summer when temperatures are around 40 degrees, it’s worth visiting just for the air conditioning alone.