After lunch we walked over to the Art Museum to see a special George Chinnery exhibition.  About ten minutes away from the Landmark, Mu Yi and I arrived at about 2 pm.

I once read a line in the Macau Times that went something like this: “The fascination Macau has on foreigners is well documented and well known.”  Sounds about right to me since I count myself among the afflicted, 100% guilty as charged.  It’s not easy to say why I’ve become so fascinated exactly, but I do know that Macau is unlike any other city I’ve ever been to in the world.  Founded by the Portuguese and under their control for over 500 years, yet it is nothing like Portugal.  By the same token, the overwhelming majority of people are southern Chinese Cantonese speakers, yet Macau is nothing like southern China, or anywhere else on the mainland for that matter.  So many parts of the city are derelict hip, run down but running, ruined but resilient, fantastically unique any way you look at it.  Whenever I’m in town I count myself extremely fortunate just to be there.

Twenty years ago, I think I had a bit of a kindred spirit in Australian Murray Zanoni.  I say a bit of a kindred spirit because I don’t want to put myself on his level.  Zanoni was an artist, a man of significant creative talent who felt compelled to chronicle Macau and record for others the experience of what it felt like to be there.  It’s the same kind of thing I’m trying to do with this website, only I can’t draw and never could.  The best I can do is walk around town with a Nikon D90, snap a few thousand pics and hope three of them turn out well.  Zanoni, on the other hand, had no need for luck and in 1995, a collection of his sketches was published in a fantastic book named Macau Watercolours.  In the forward, he wrote:

“My first reaction to the place was the fascination with the “Macanese mix”.  As an artist and as an illustrator, it was all very visual – the reds, maroons, yellows and cobalts of the architecture and the effects a humid climate has on them.  Then there was the character of the place: the shops with Portuguese and Chinese signs, the nice chaos of all that electric wiring hanging loose, the bustle of the markets, the “lived in” streets, that slight air of mystery around the Inner Harbour with mainland China in the background, Chinese temples and Portuguese churches co-existing and all of it underlined with over 400 years of history.  …. Macau was a place I really wanted to depict for other people.  I’ve always wanted to make others see what I’ve seen and to share my feelings.”

Well said Mr Zanoni, I feel the same way.  Unfortunately Murray’s book is both a treasure and a tragedy at the same time.  Before the handover, the Macau government ordered 2000 copies, intending to give it away as a present when the country changed hands.  At the last minute they pulled their order though, leaving Zanoni and the publisher holding the bag.  Zanoni’s life was also tragic, as he succumbed to leukemia in 2004, a young man of only 57.

Now I only write all of this because before me or Murray or anyone else, there was George Chinnery.

Perhaps the first Westerner ever to become fascinated with Macau, he was in many ways, a man ahead of his time.  Just like many expats who come to Asia today, Chinnery too was escaping from something back home.  For him, it was his particularly distasteful habit of not paying back money he owed.  In order to stay a step ahead of his creditors (which would mount at every stop), Chinnery had to keep moving further and further East, and he would run until he could run no more.  He reached Macau in 1825 and spent the rest of his life in a weird state of limbo, a man who could not turn back, yet who had nowhere else to go.

Chinnery leaned on his art to get through it.  In bed before 8 at night, he’d rise religiously in the morning and hit the streets, sketchbook in hand, hoping to find 7 new ideas a day.  While he made his living painting portraits for rich aristocrats, his real passion lay in this morning ritual, in sketching scenes of everyday life, of common labourers, vendors and fishermen, their old junks and homes.  Not only are Chinnery’s drawings of great artistic significance, but they’re also historically invaluable records of 19th Century Macau and what the city looked like at the time.  In the first Trip Report I think I called them “amateurish”, but that’s because I saw poorly preserved works, battered by the insolence of time.  The drawings in this exhibition were in much better condition and I was finally able to see why Chinnery is held in such high regard.

Here are some of the sketches that I liked best.

These last two are of Tanka Boatwomen, people I’d never heard before, so I went online looking for answers. 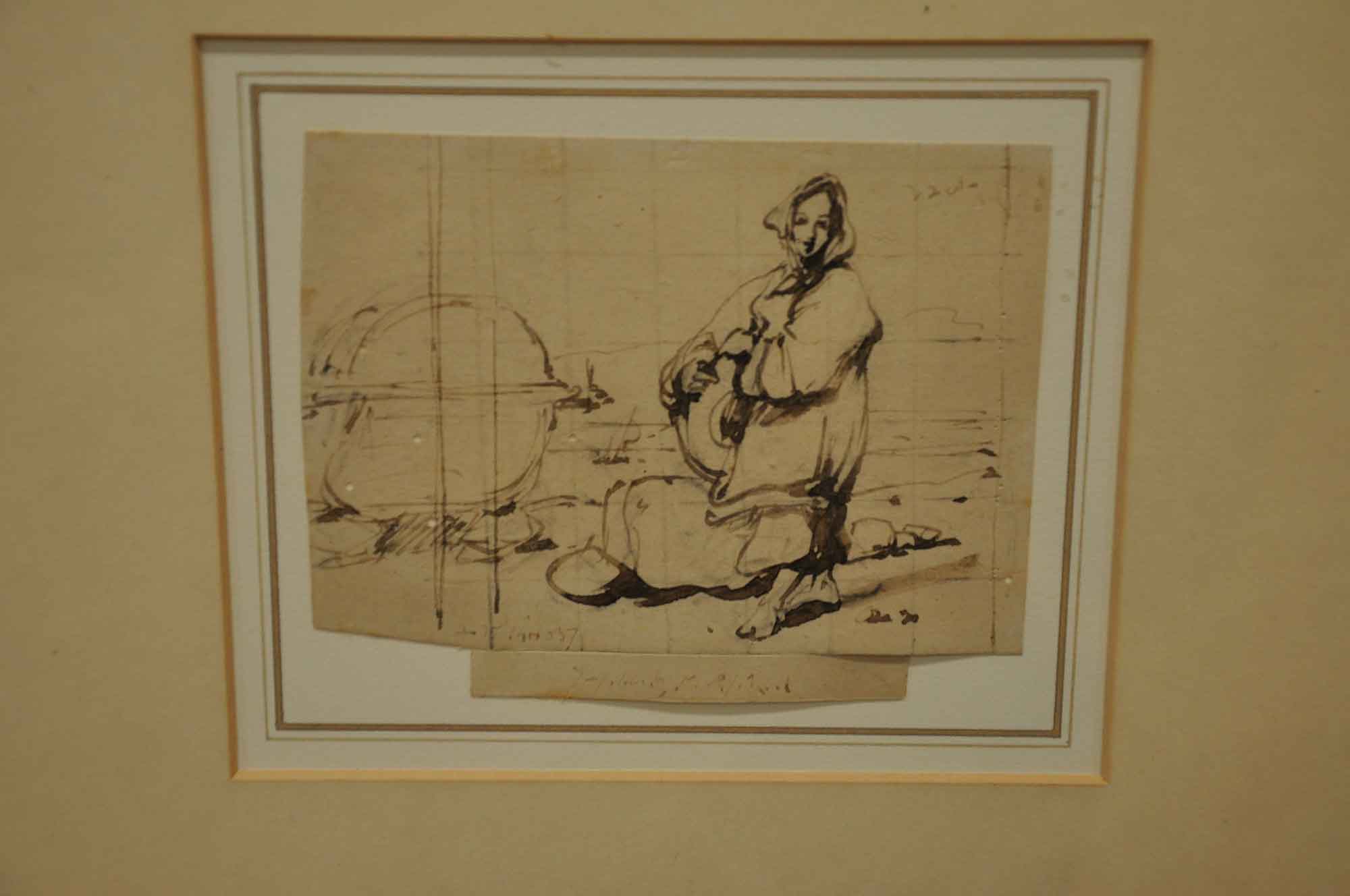 They’re an ethnic subgroup from Southern China, who traditionally lived on junks and made their livelihood through fishing.  Considered aboriginals by the Chinese, they were forbidden by law to live on the land for much of their history, and were derogatorily known as “boat people” and “sea gypsies”.

In 1730 the Yongzheng Emperor granted the Tankas proper citizenship rights, but they were still excluded from taking government exams or holding official posts.  In the 19th Century many Tanka women ended up in Hong Kong and were prostitutes for the foreign population, since Chinese working girls wouldn’t touch white men, thinking they looked strange.

George Chinnery died in Macau at the age of 78 in 1852.  He is buried at the Protestant Cemetery.

Another exhibition on that day was a series of photos contrasting old and new Macau.  I didn’t think many of the new photos were that interesting, so I’ll just share the old ones.

The Jorge Alvares statue is still around, outside of the New Yaohan shopping mall.  It’s truly wild how close the water used to be.