On Friday, Jane and I tried the Cantonese restaurant at the Grand Coloane, Kwun Koi Heen, followed by dinner at the Venetian’s most highly acclaimed restaurant, the Golden Peacock.

The definite lowlight of the trip, I don’t want to write a lot about Kwun Koi Heen because there’s not a lot that needs to be said.  If judged strictly by food quality, it probably deserves one star instead of two, but at least it wasn’t expensive and the service wasn’t bad. 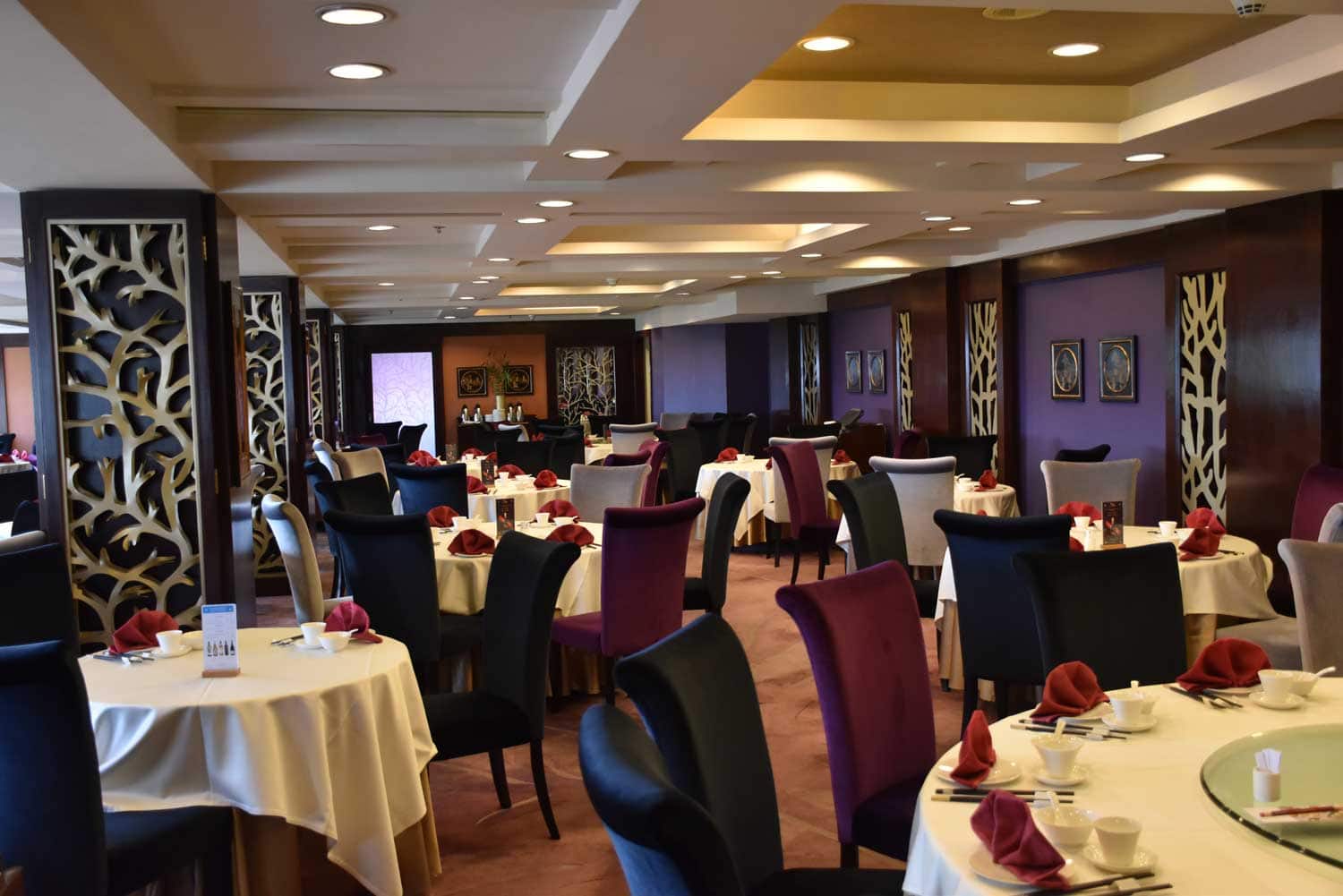 That’s a lot of food to have ordered for not one dish to be good, but that’s exactly what happened.  It was the kind of food you try and then wonder what the taste is, or what it’s supposed to be.

Online reviews had praised the place which is why I gave it a shot but I wonder if the chef changed during the handover or if new management took over.  Whatever the case, I thought the food was terrible at worst, average at best, and Jane thought the same thing too.   Stay far far away!

For dinner that evening, Jane and I decided on the only restaurant in the Venetian that has a Michelin star – the Golden Peacock. 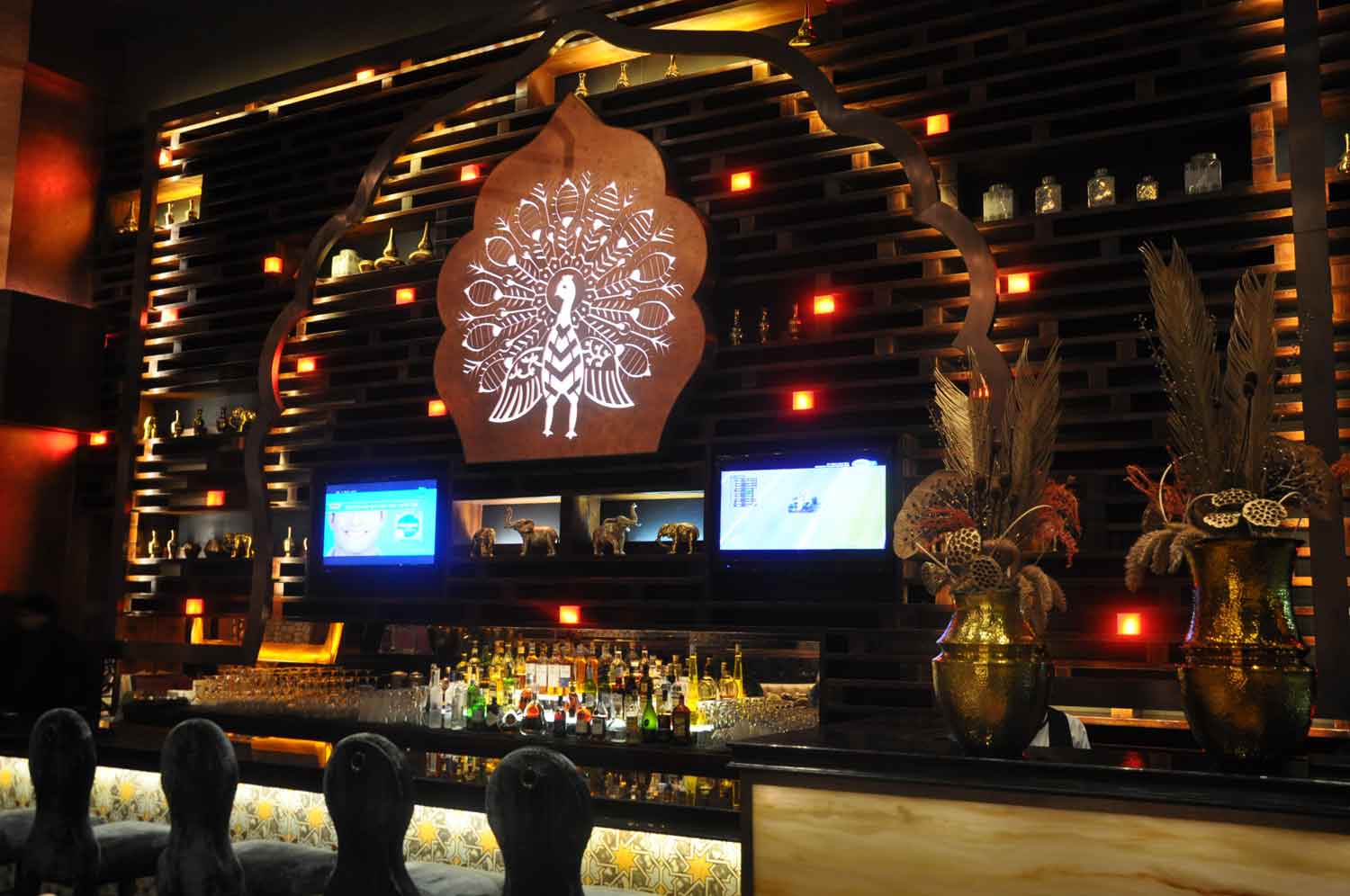 Serving Indian fare, lunch is always a buffet and evening is a la carte, at prices that are quite reasonable for such a highly acclaimed restaurant.  Mains mostly stay between $118 and $318, while soups and other appetizers range from $78 to $148.  There’s also quite a large vegetarian selection that isn’t always easy to find in Macau restaurants. 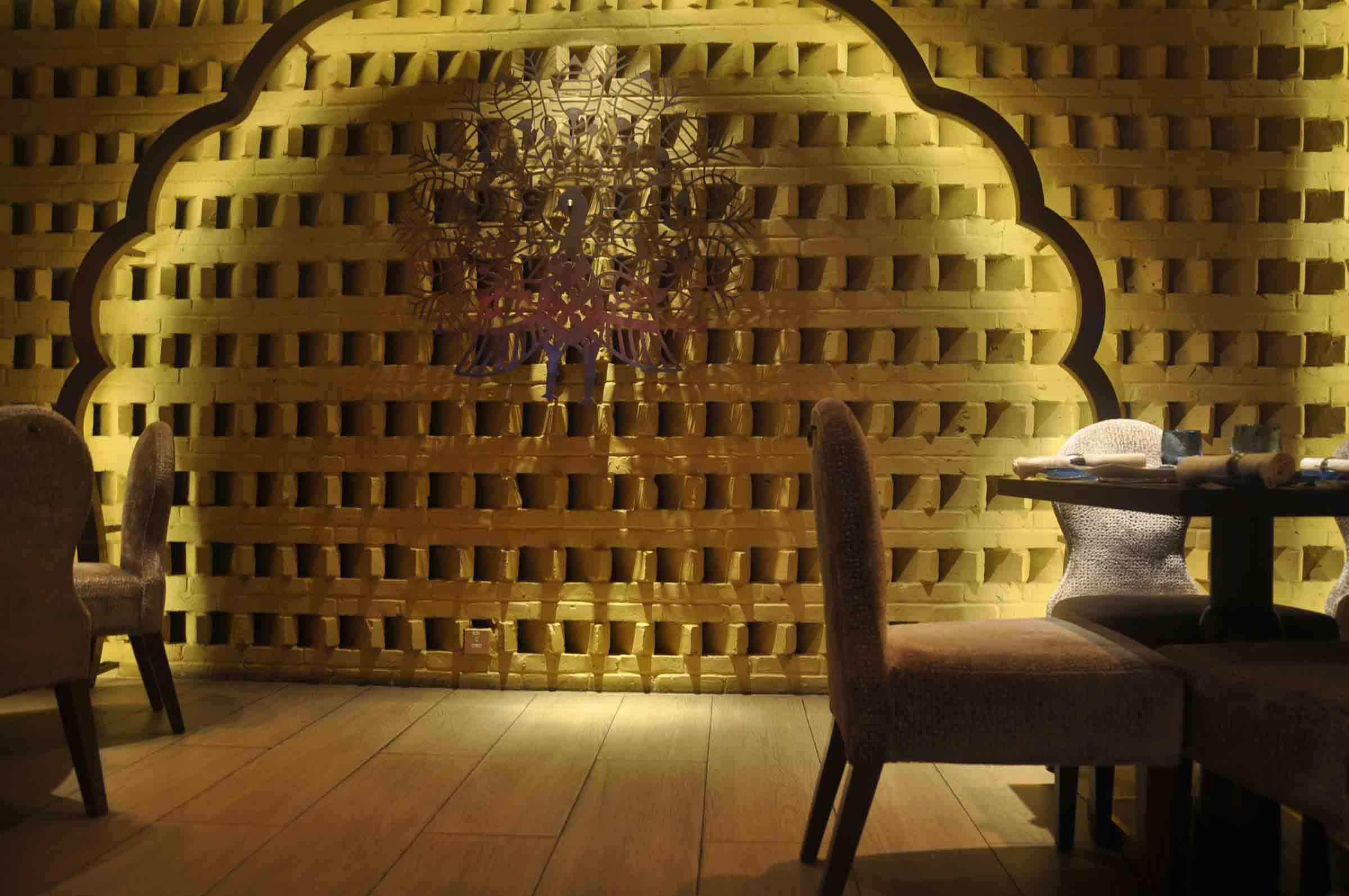 Walking in, I really loved the Indian inspired decoration, and slightly exotic feel of the restaurant. 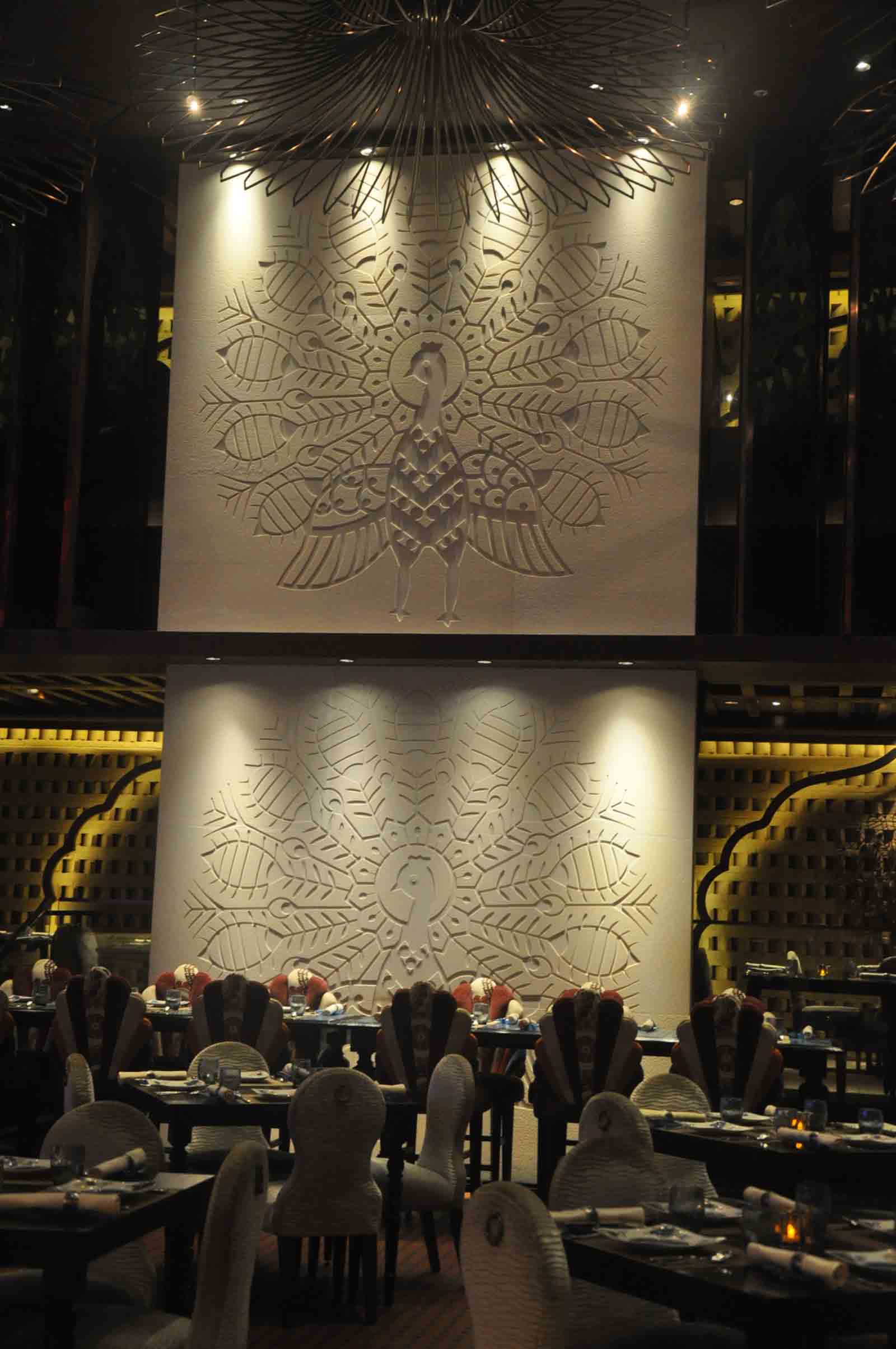 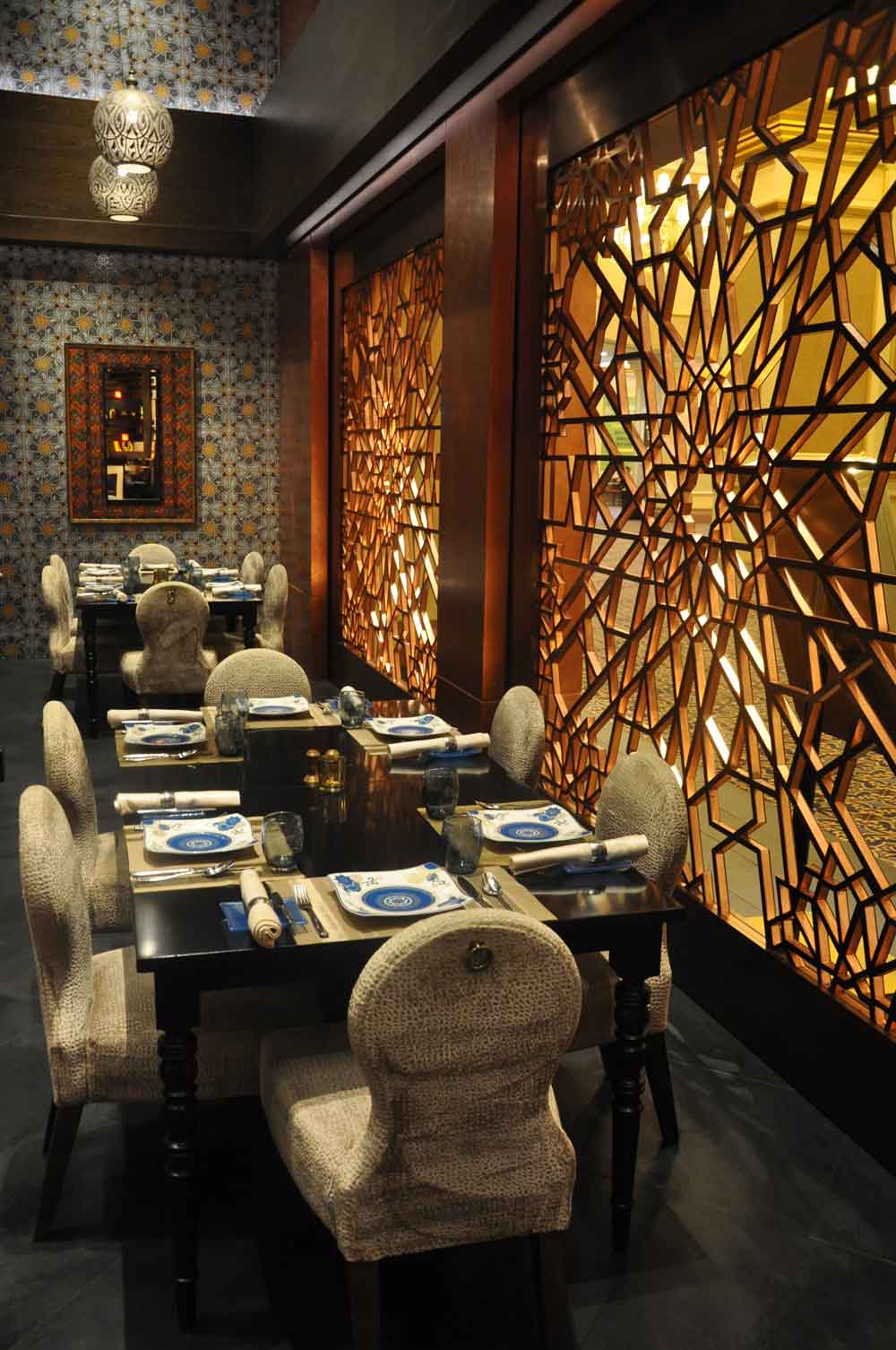 Although I didn’t know it at the time, I also managed to snap a pretty good pic of the Head Chef, Justin Paul, who was holding court in the kitchen. 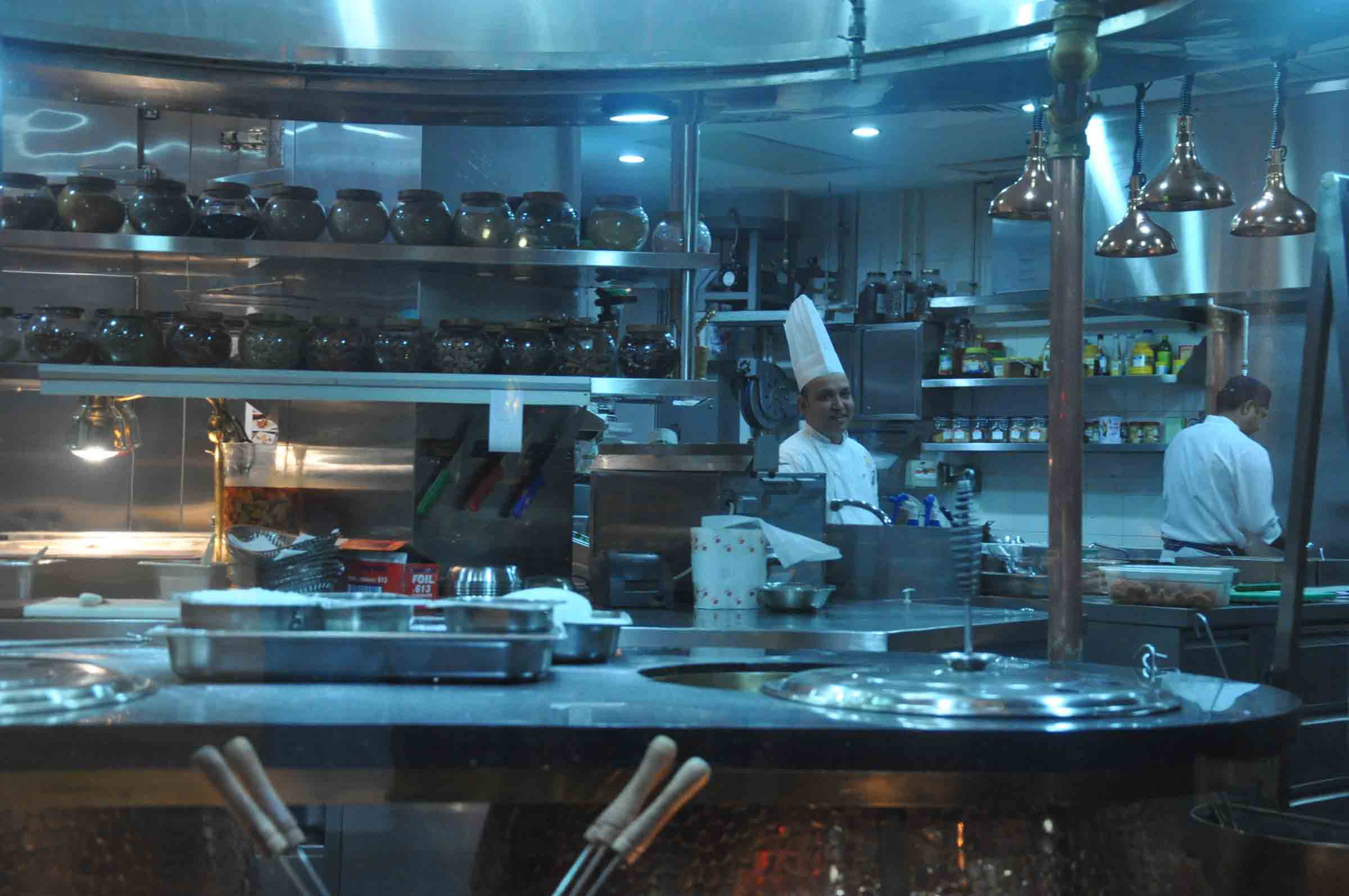 They got the meal off to a pretty good start, with the prawns being the best of the bunch.  The other two were both decent, but I’m not sure I’d order either again.

The soups came out next and that’s when the meal really took off.  We both tried the Gucci Lasooni Shorba (not sure of the exact translation) and the Spicy Prawn Tomato Shorba, which were $98 apiece.

Perfect texture, perfect taste, perfect finish, it was the type of food you think about two weeks later and want to have again.  And it was only soup!

For mains, we both went with a type of curry…  Oh my God.

I had the Kashmiri Rogan Josh (boneless leg of lamb with chilli and cinnamon) for $138 while Jane tried the Choosa-Khaas-Makhni (chicken with rich tomato gravy and organic honey) for $108.   Oh my God….

I’m not sure if they were necessarily curries exactly, but my word, they certainly had enough sauce left over to be a curry and they were thick like curries and they were BLISS like the best curries are, and they were… Oh my God.

Jane had never had good Indian food before, but the Golden Peacock made her a fan in about 30 minutes, and she’s not easy to please sometimes. We both relished our meal there and just for the record one more time, the soups and curries were just out of this world and… Oh My God. 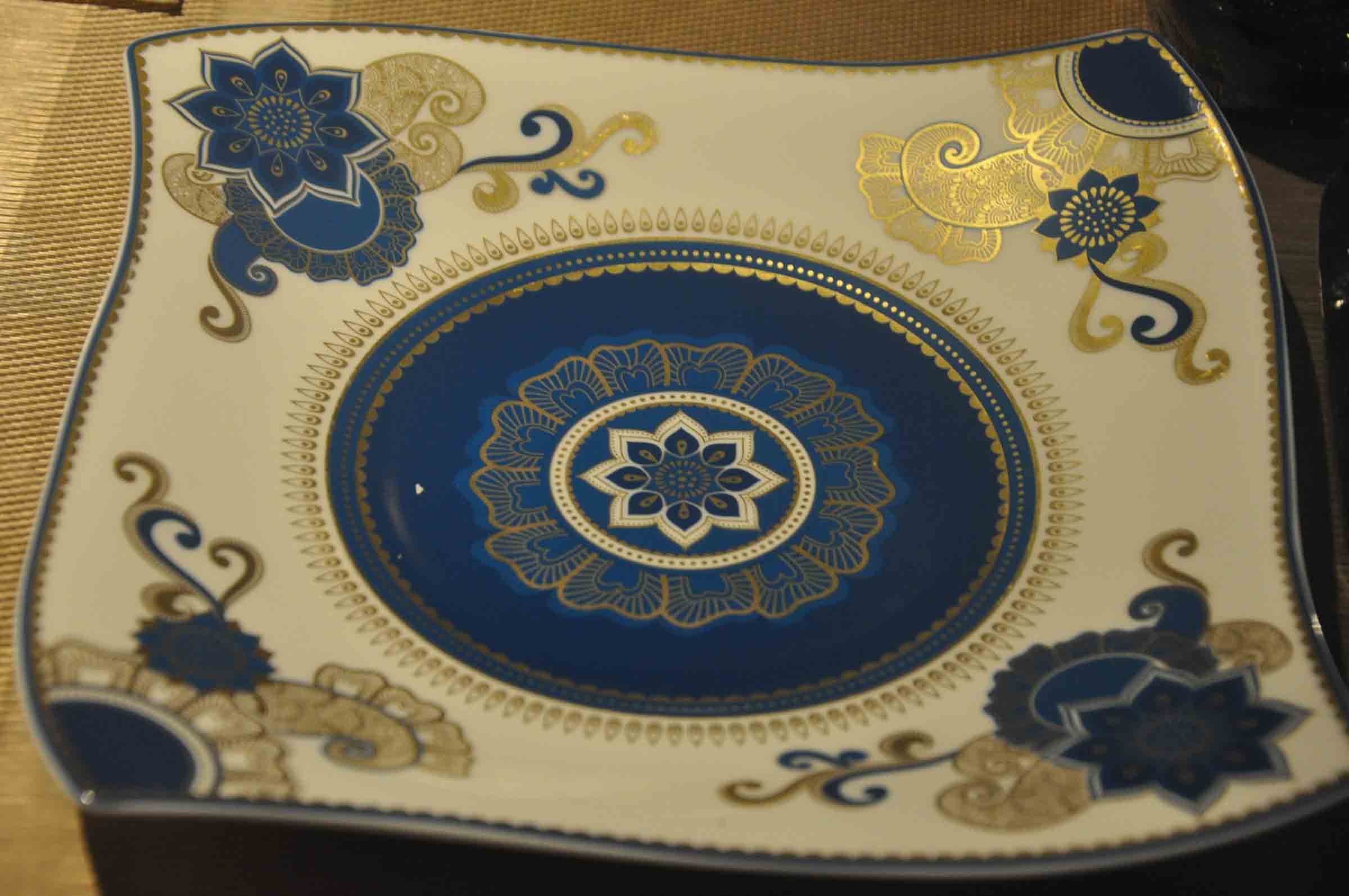 The table behind us had a man and a woman out on a date, and this was clearly, “He’s going to meet my daughter night.”  Ouch.  I want to make this clear before we go any further.  I’m not against single mothers with children.  I’m not against single mothers with children who date.  I’m not against divorce and I’m not against women.  It’s just a situation that I wouldn’t feel very comfortable in as a man, for a couple of reasons.  To start off, I think it would be like getting called up to the big leagues when you’ve never played a day in the minors.  All of a sudden you’re in a world with enormous pressure, stakes, and consequences, the likes of which you’ve never seen before.

And then there’s the whole dynamic of the date and how to fit the child in and make her happy.  The little girl was certainly nice enough, about four years old and doing what four year olds do.  Bored, looking around, playing under the table, wanting to be the centre of attention, hardly eating and when doing so, it was a chore.

And here this guy was, presumably up to that point doing very well with the mother, and let’s face it, that’s where his attention lies and what he wants and who he should be thinking about 24-7, especially in those early halcyon days of young love, and now there’s this other thing bouncing around his legs under the table and then not eating her soup and crying and then deciding to smile and oh wait, she’s crying again….   Jane and I discussed the situation a little and my basic point was: He’s a better man than me and I wish him all the best with that.

The Golden Peacock had a 20% off discount if you pay with your Bank of China card and that’s what I did, saving 200 Mops in the process.  (Nowadays, that deal is long gone!!) Our bill came to only $897 for three appetisers, two soups and two mains, which is fantastic value in any Michelin starred restaurant, especially with the food as good as it was.

For the best Indian in town, I say look no further than the Golden Peacock.  Our great meal there certainly made up for the travesty at lunch.

For our Saturday restaurants, just follow the link below!