I wanted to take Mu Yi to Guia Lighthouse first because she had never been there before.  Situated on top of Guia Hill, our walk from Pousada de Mong Ha took about 10 minutes. 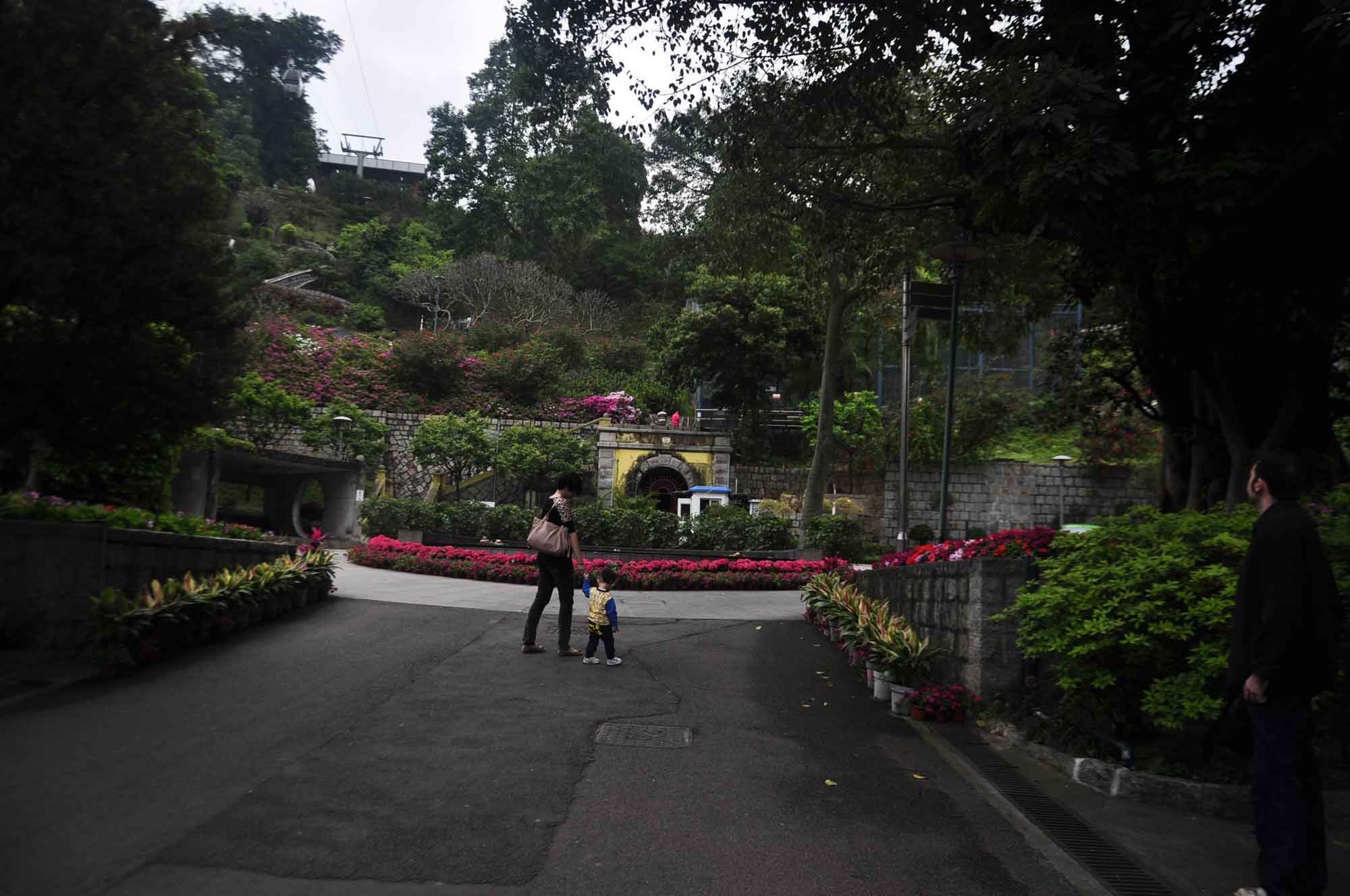 We entered through the Flora Garden entrance, which is also home to a small zoo and aviary. 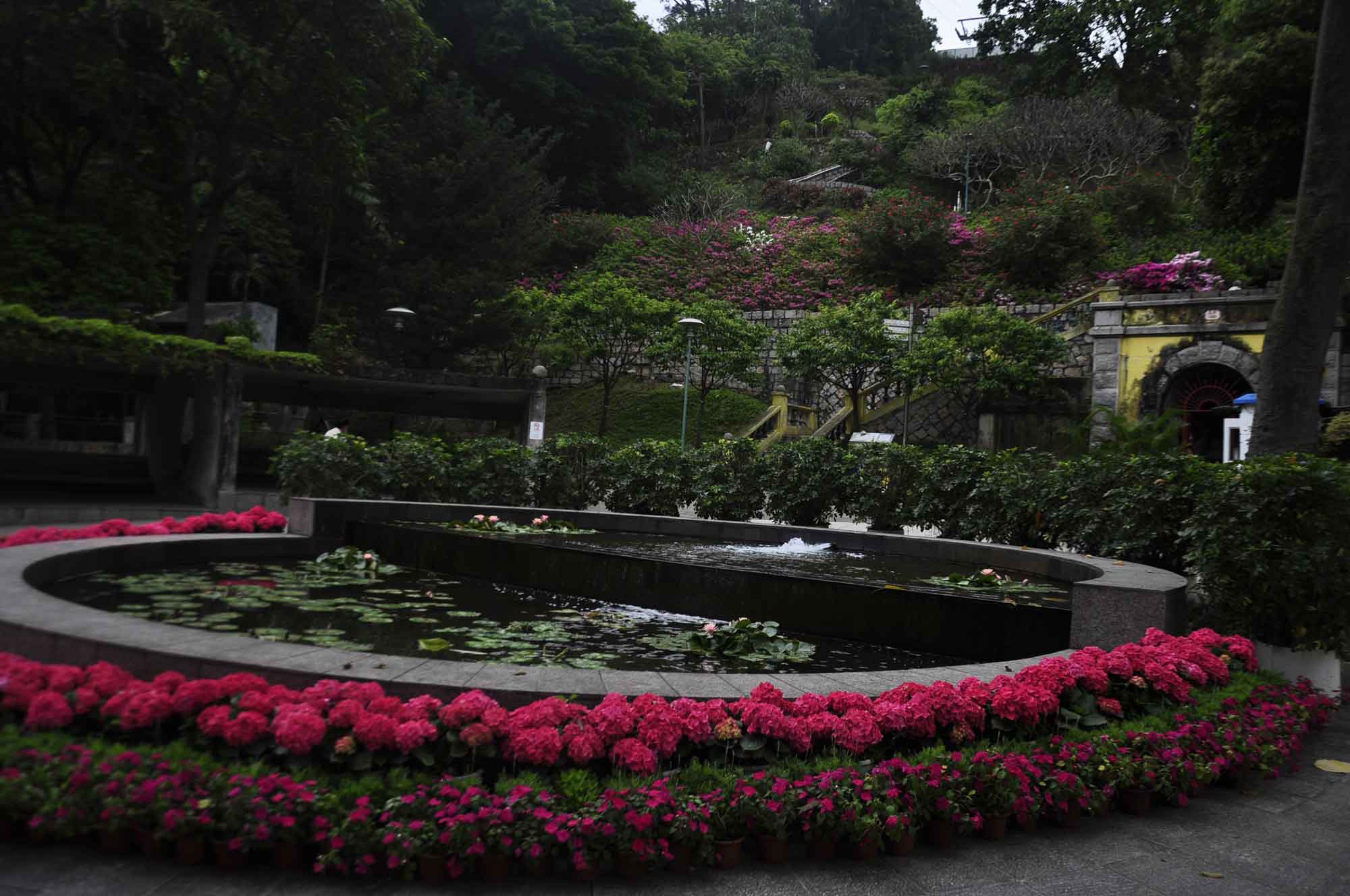 Guia Hill doubles as a big park and has plenty of exercise equipment, soccer fields, playgrounds and paved enclosures where you can rollerblade, skateboard or do whatever activity you want.  For those who don’t want to climb to the top, cable cars are available, but walking up isn’t that difficult. 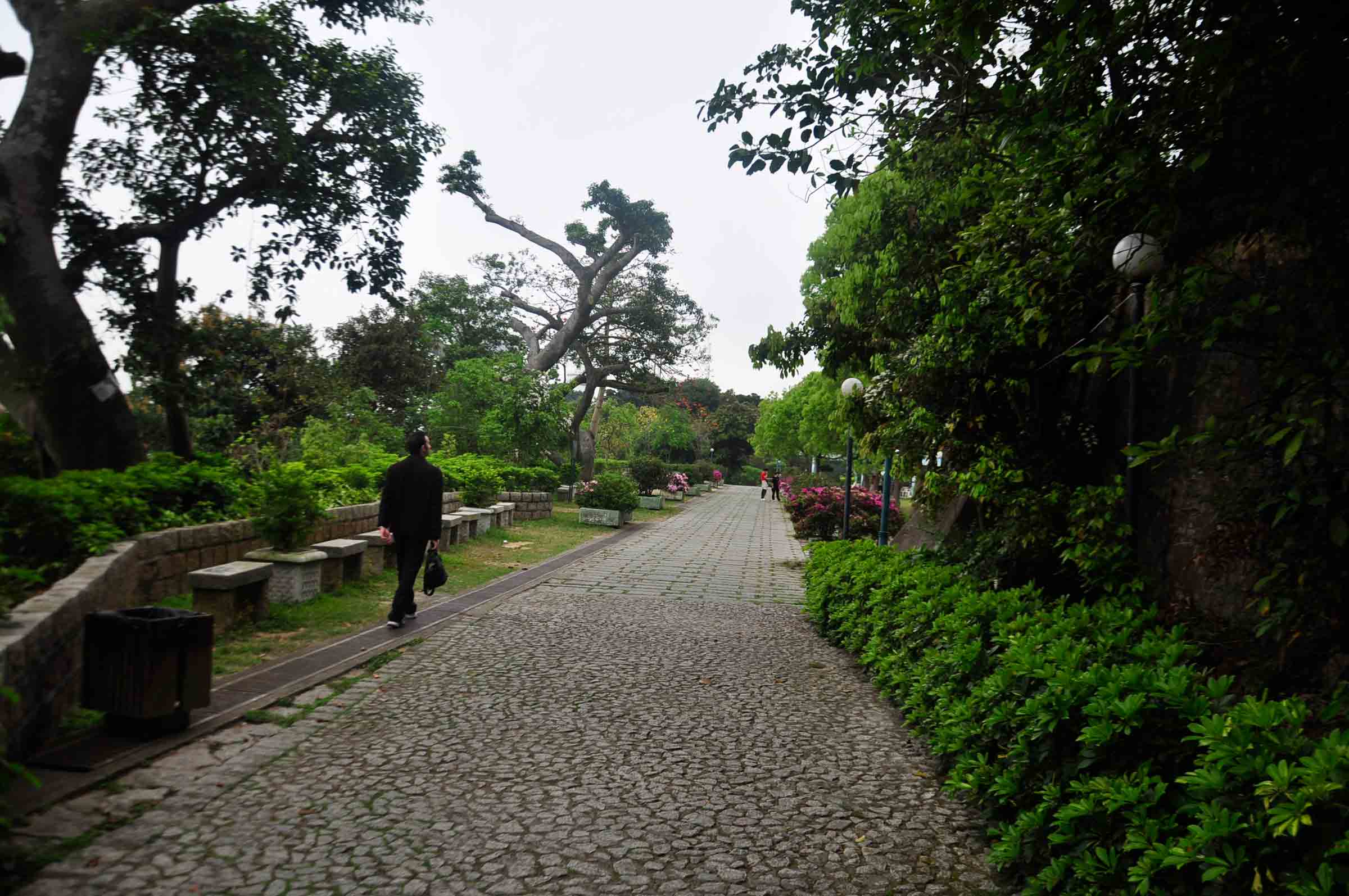 It only takes about 15 minutes from the Flora Garden entrance to the top of the hill and the 25th and final UNESCO site, Guia Fortress. 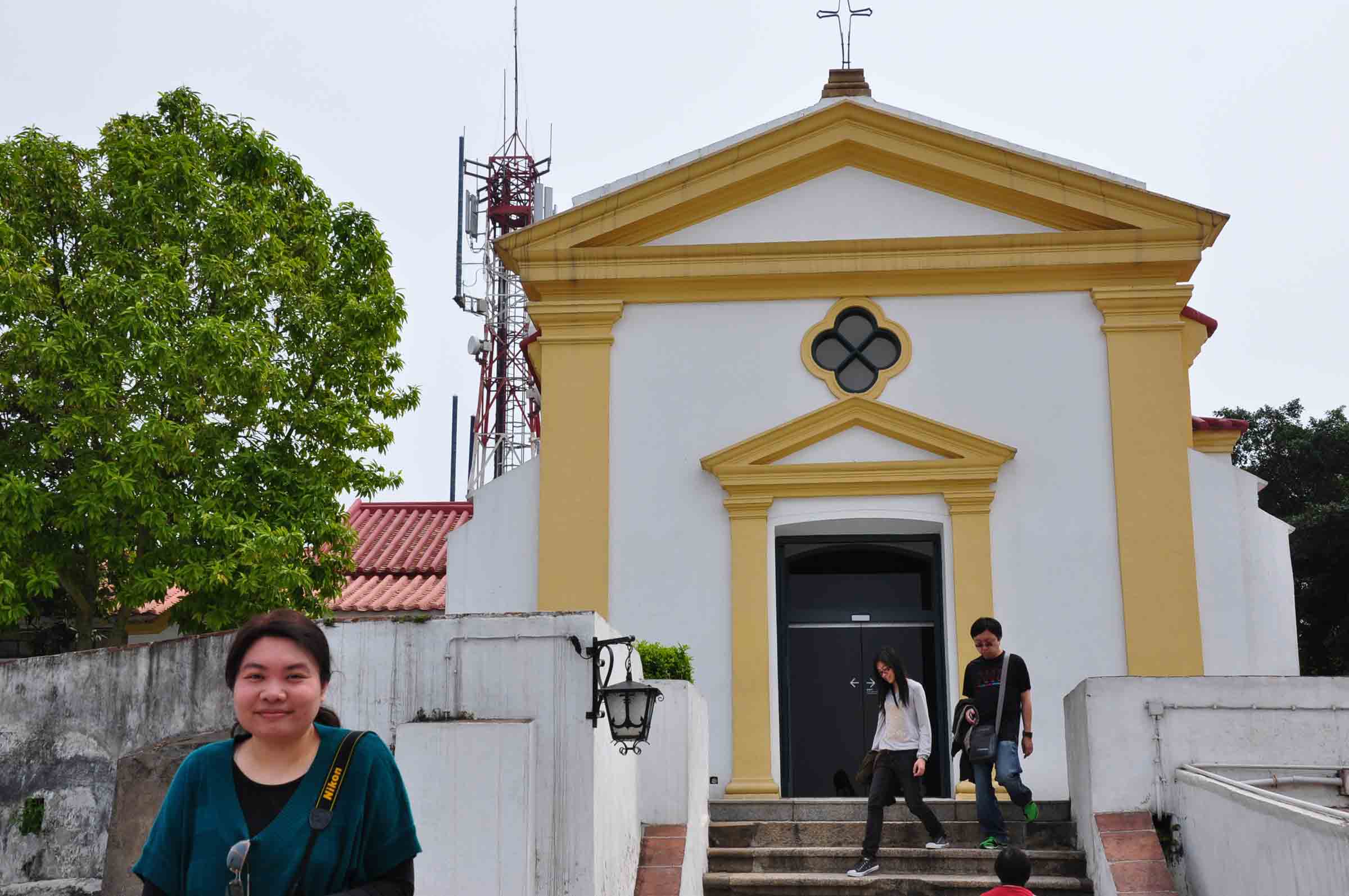 The fortress was built between 1622 and 1638 and the main attraction today is the chapel on top, which was originally used by Clarist nuns. 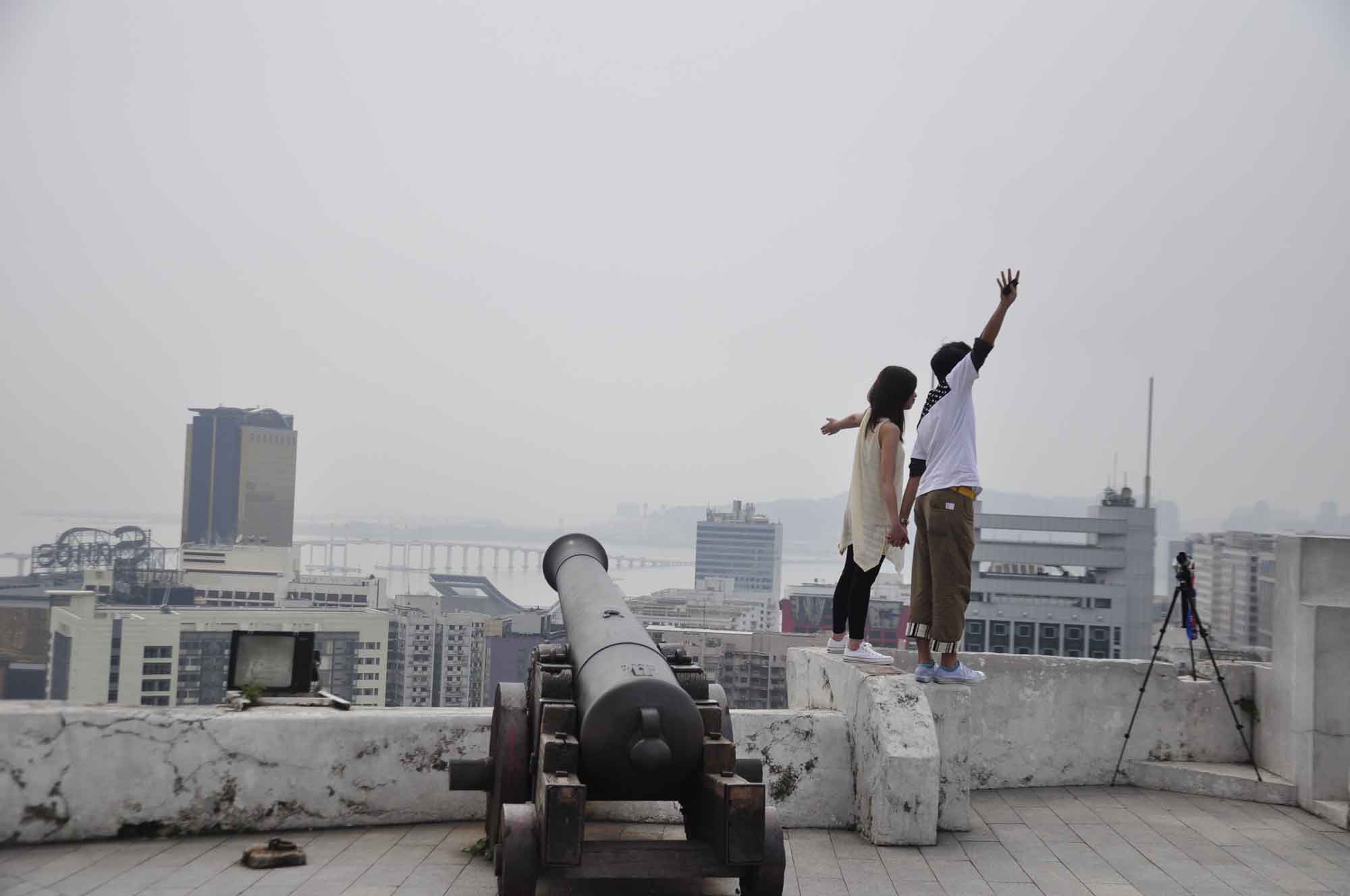 The lighthouse beside the chapel dates from 1885 and was the first modern lighthouse in China. 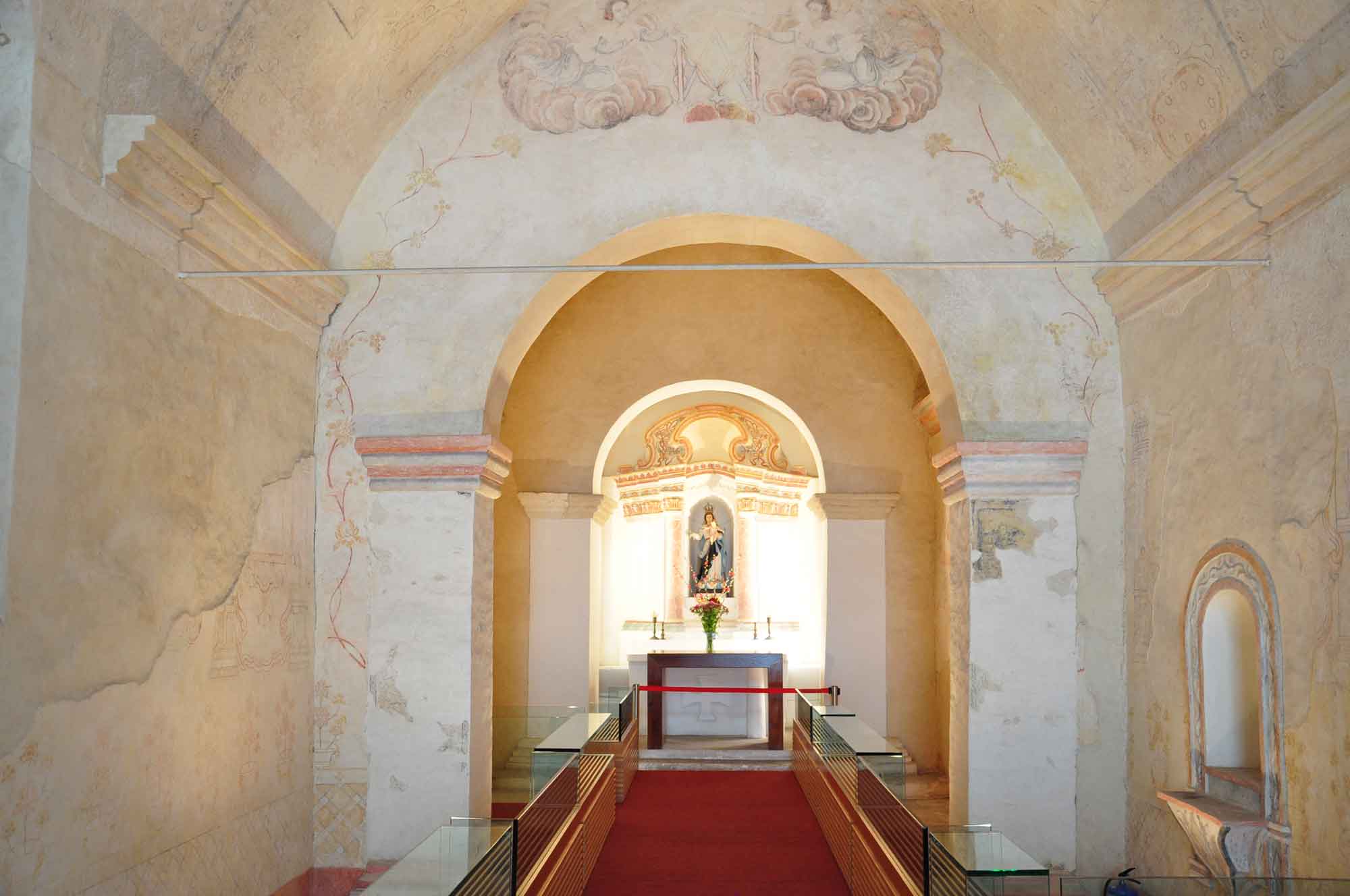 Taking pictures inside the Chapel isn’t technically allowed, but I don’t believe in such rules when they conflict with this website, and Mu Yi was able to sneak in a few good shots. 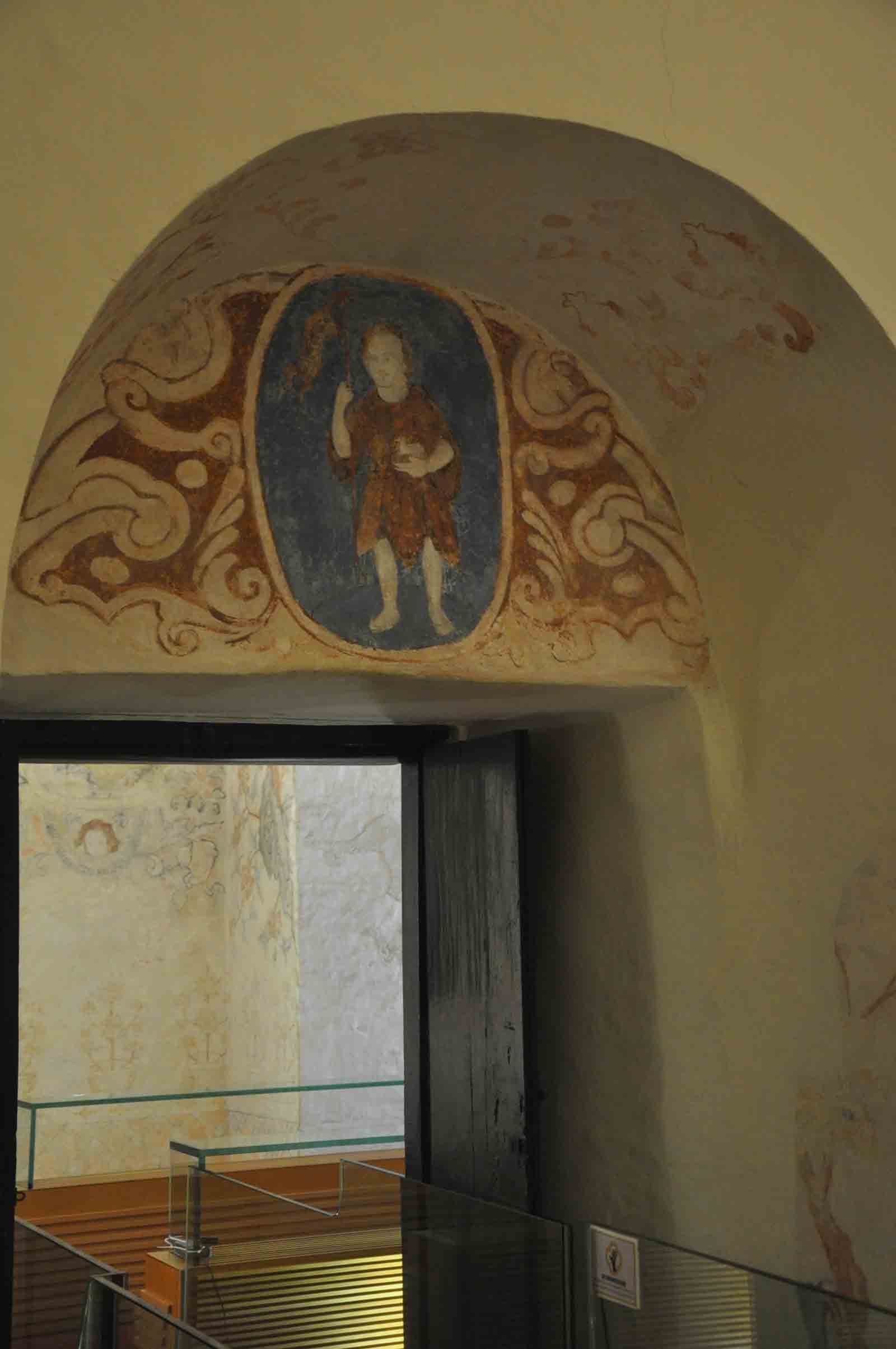 The wonderful frescoes that adorn the walls were only discovered in 1996 while a gravestone at the Chapel’s entrance dates from 1687. 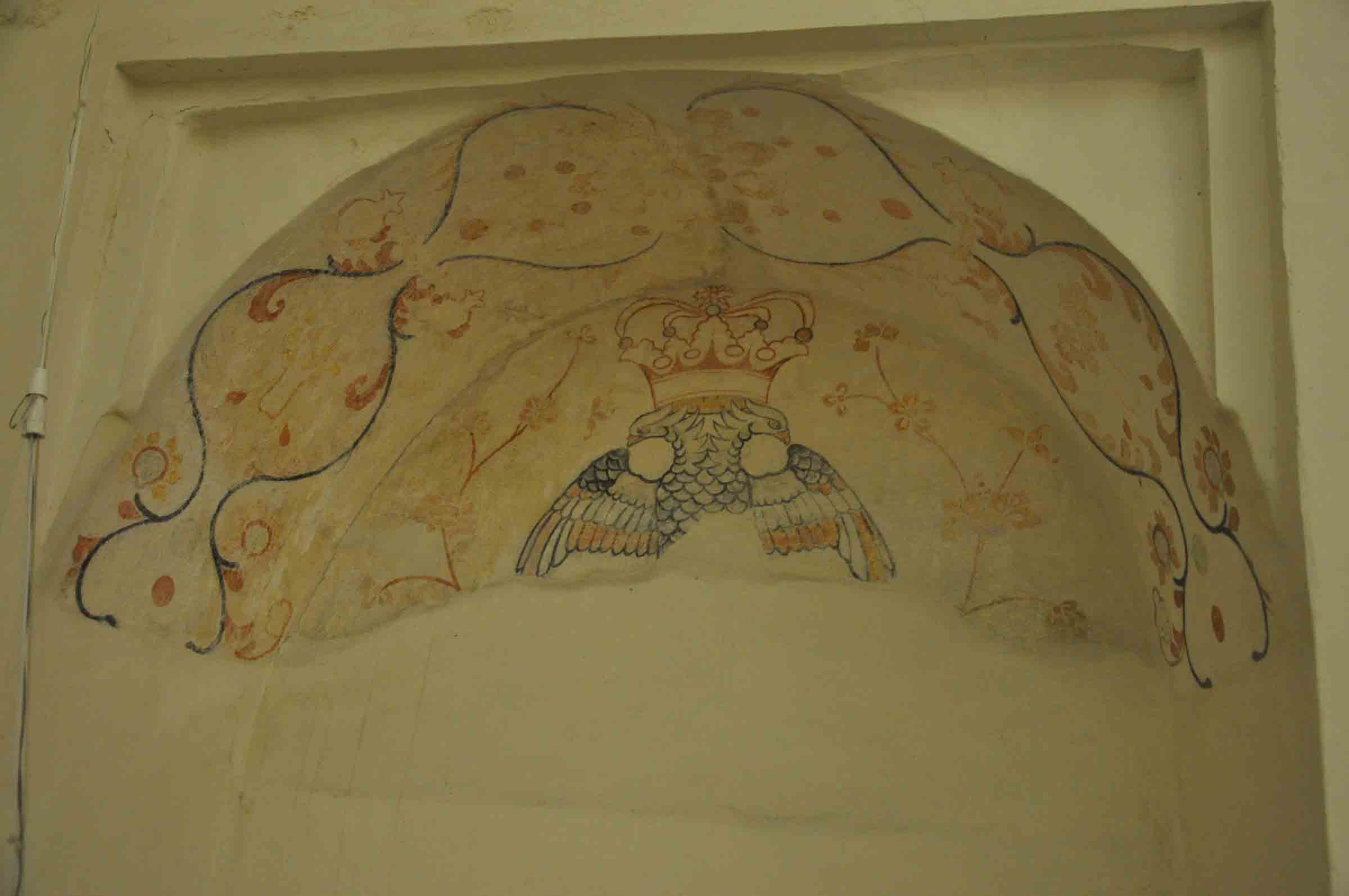 Left nameless, the deceased was memorialized thusly: “One who is buried here does not deserve such an honorable sepulchre as this.” 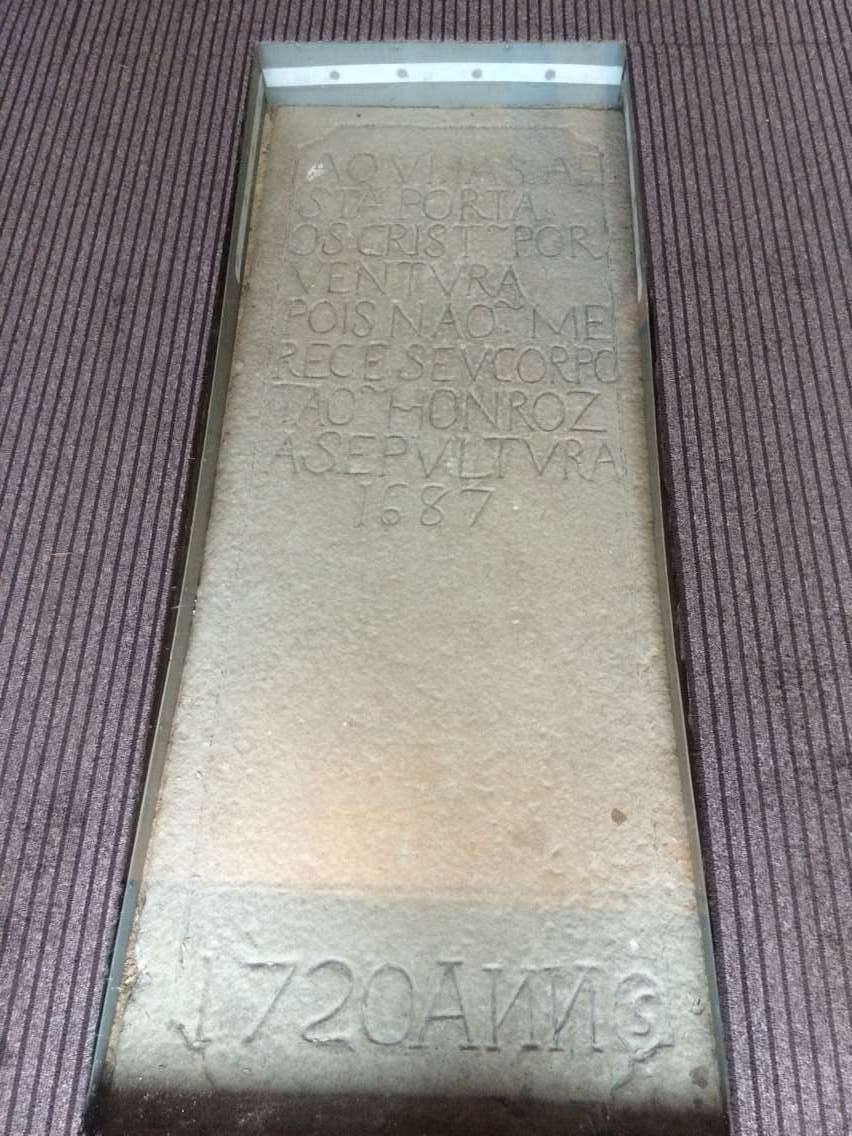 That’s almost as nice as another favourite tombstone of mine at the Protestant Cemetery that reads “May He Rest In Piece.” 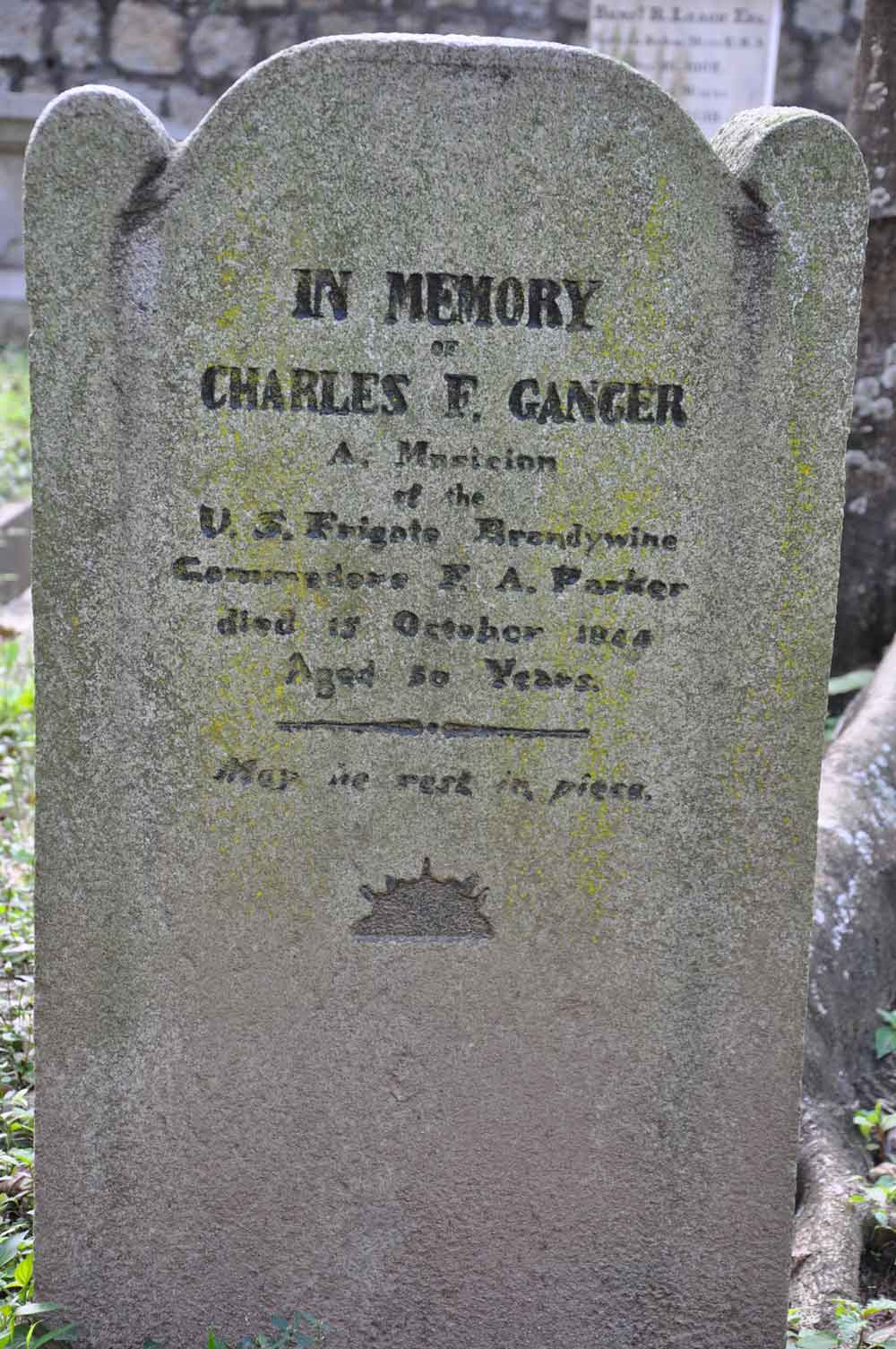 Maybe because he was a musician they used the word ‘Piece’ and not ‘Peace’, otherwise, that’s just mean and cruel.

Under the chapel there’s also an air raid shelter, free to anyone who wants to head down and have a look.

Our next stop of the morning was to visit two museums, the Grand Prix and Wine Museums, located next to each other on Luis Gonzales Gomes, very close to the Waldo and the Lotus Flower.  Since 2018 it’s become a lot easier to get there from Guia Hill, when new elevators opened up beside Guia Hotel.  Mu Yi and I weren’t as lucky in 2012 – we had to wind all the way back down Estrada S Francisco to the Military Club to finally get off of Guia Hill first.  Only then could we finally do a U Turn and finally head back North.

As of 2019, both the Grand Prix and Wine Museums have been closed for some time, apparently undergoing “renovations”.  I’m not sure when they’ll re-open, but we’ll update this page when they do.

Of the two museums, the Grand Prix Museum is definitely the one to see. 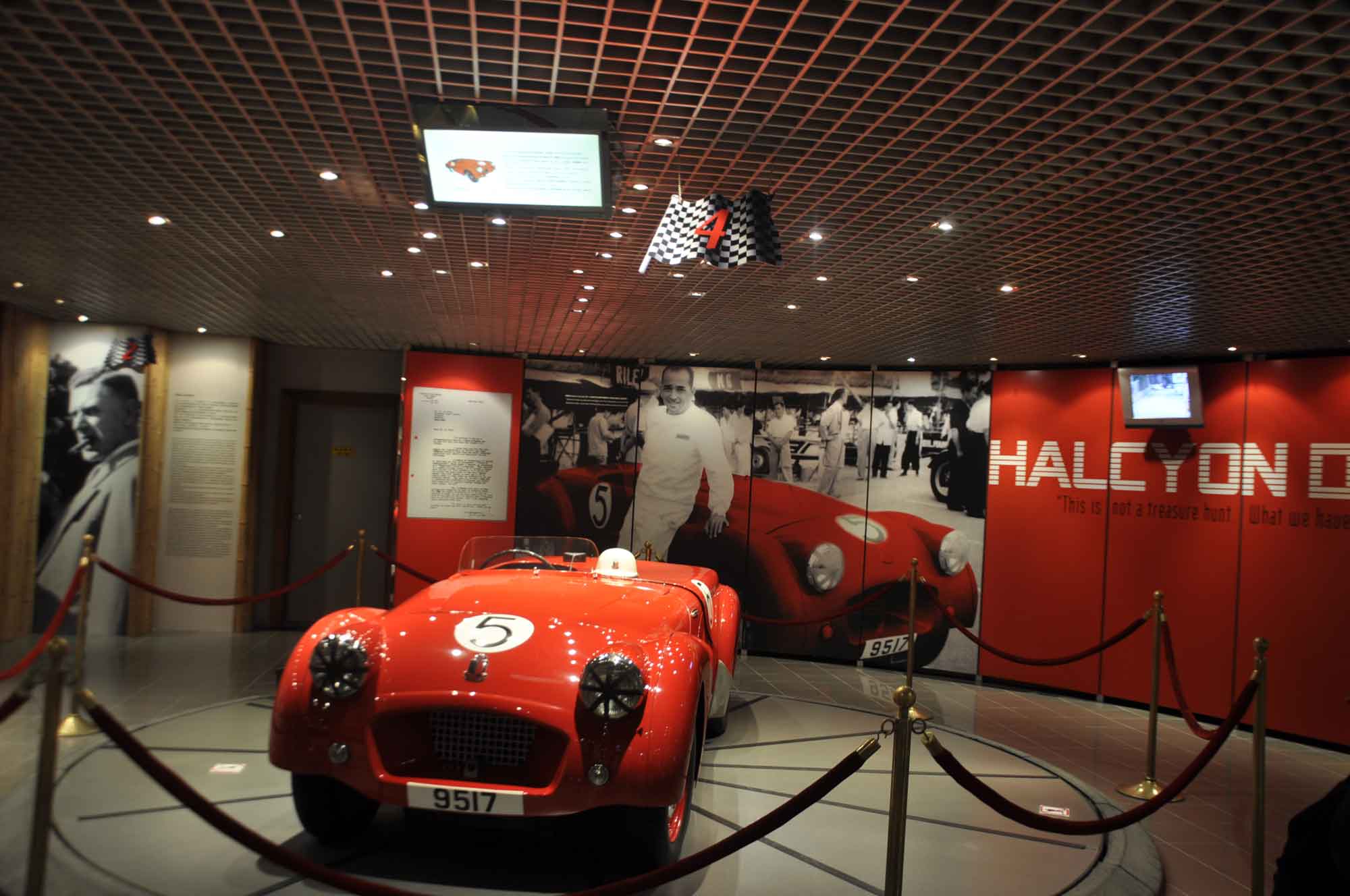 Although the displays are pretty much limited to racing vehicles, they have a good mix of cars from different eras, with everything from a Model T to a 60’s Corvette, right on up to modern racers. 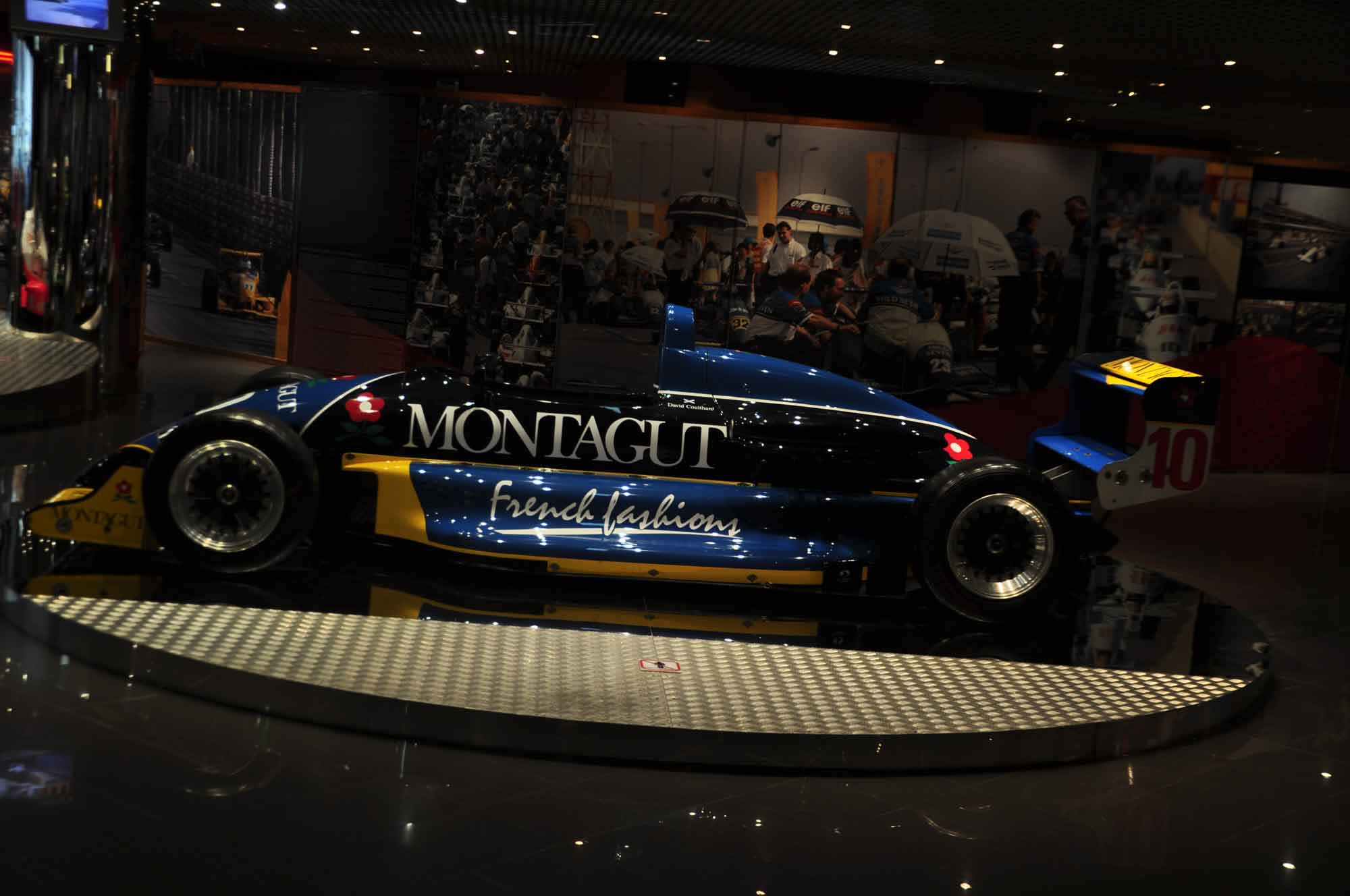 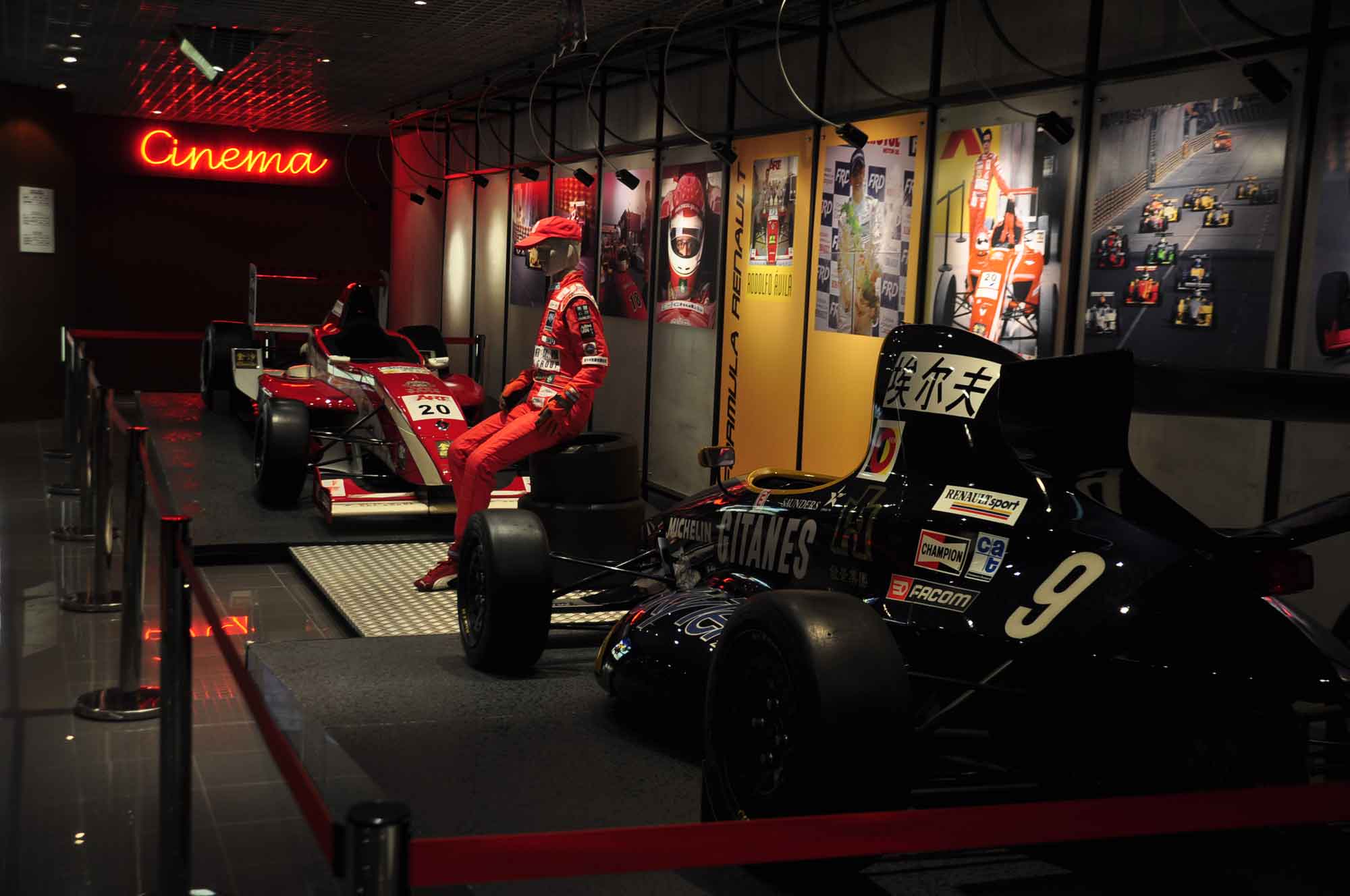 Macau’s Formula Three race that shuts the city down every November gets a lot of play as well.  There’s also biographies of star drivers and information about racing equipment and protocols. 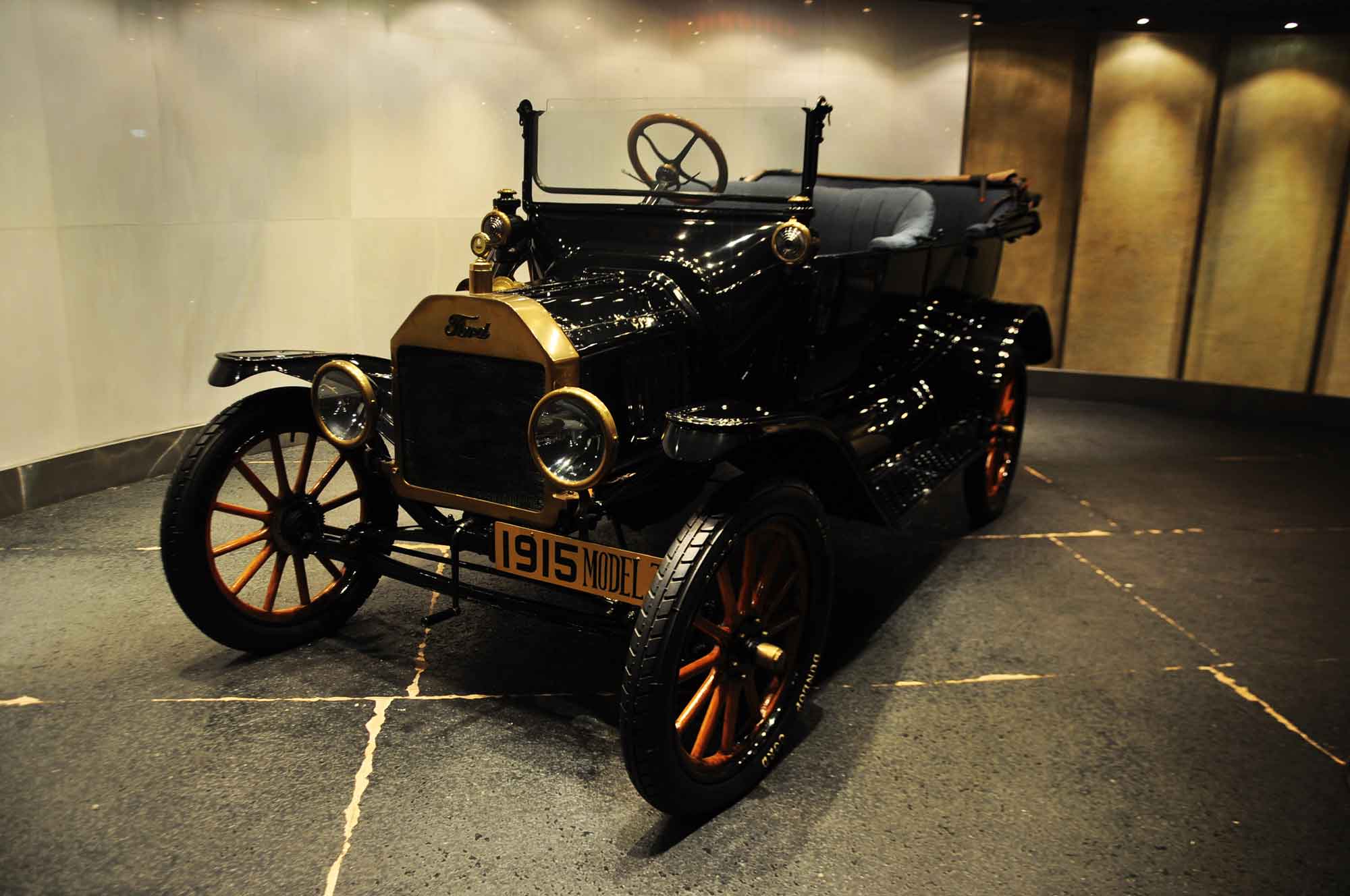 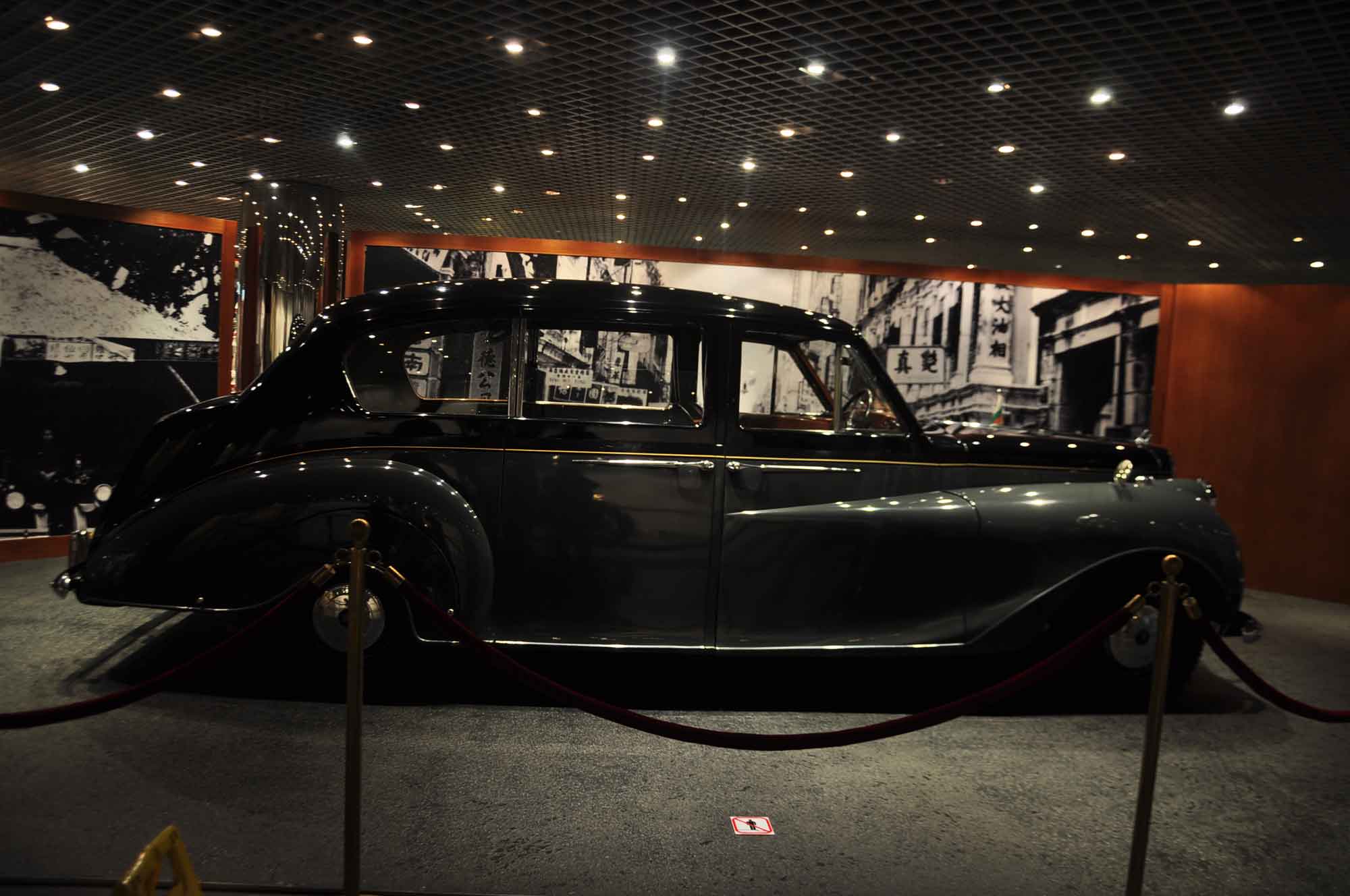 As for the Wine Museum, I only found one of its three sections interesting.  Set in a real wine cellar, the Museum Cellar examines how wine is made and has most of the tools used in the process on display. 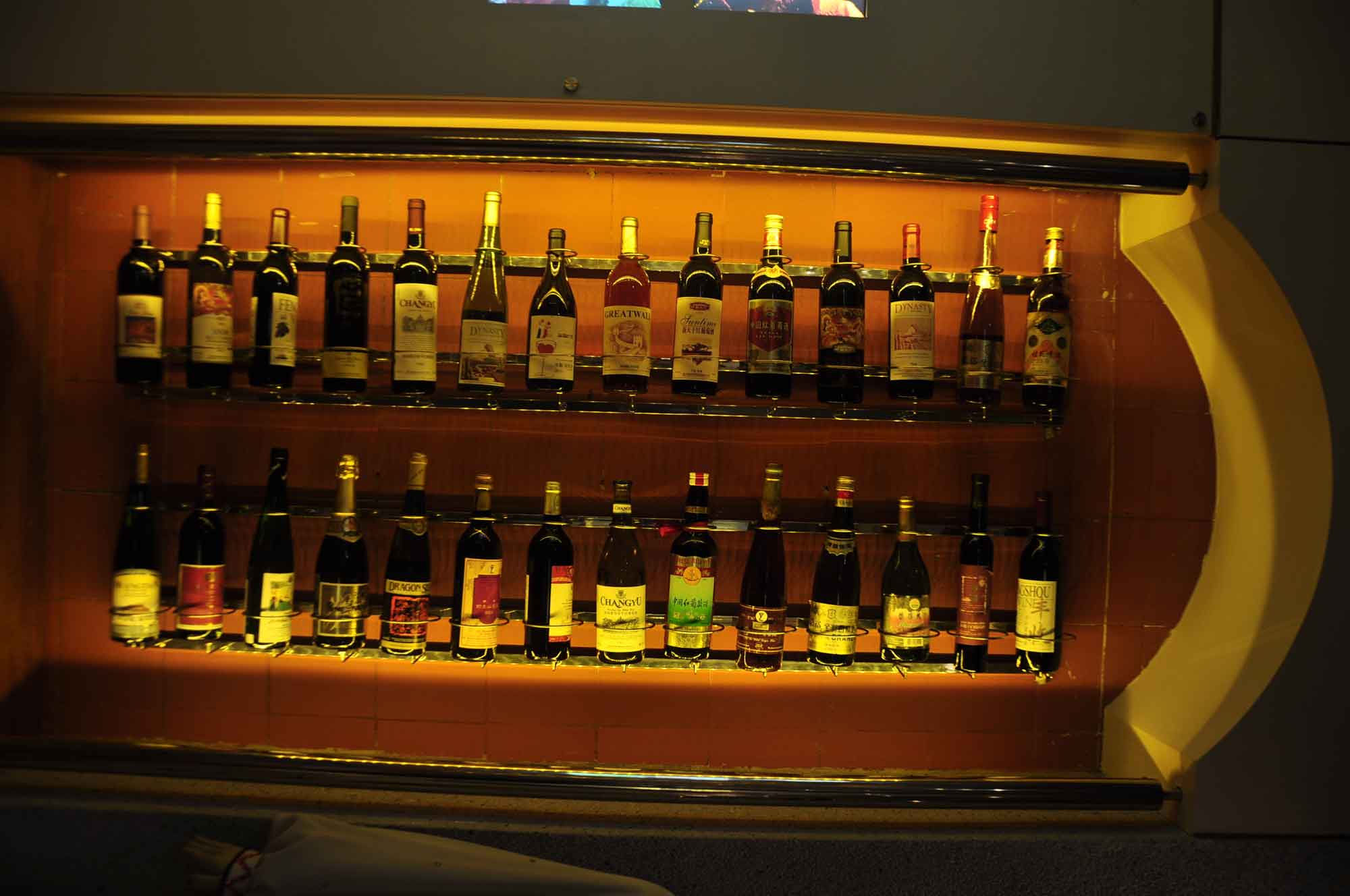 The Museum’s other two parts – Historical Hall and Wine Display – can probably be skipped altogether. 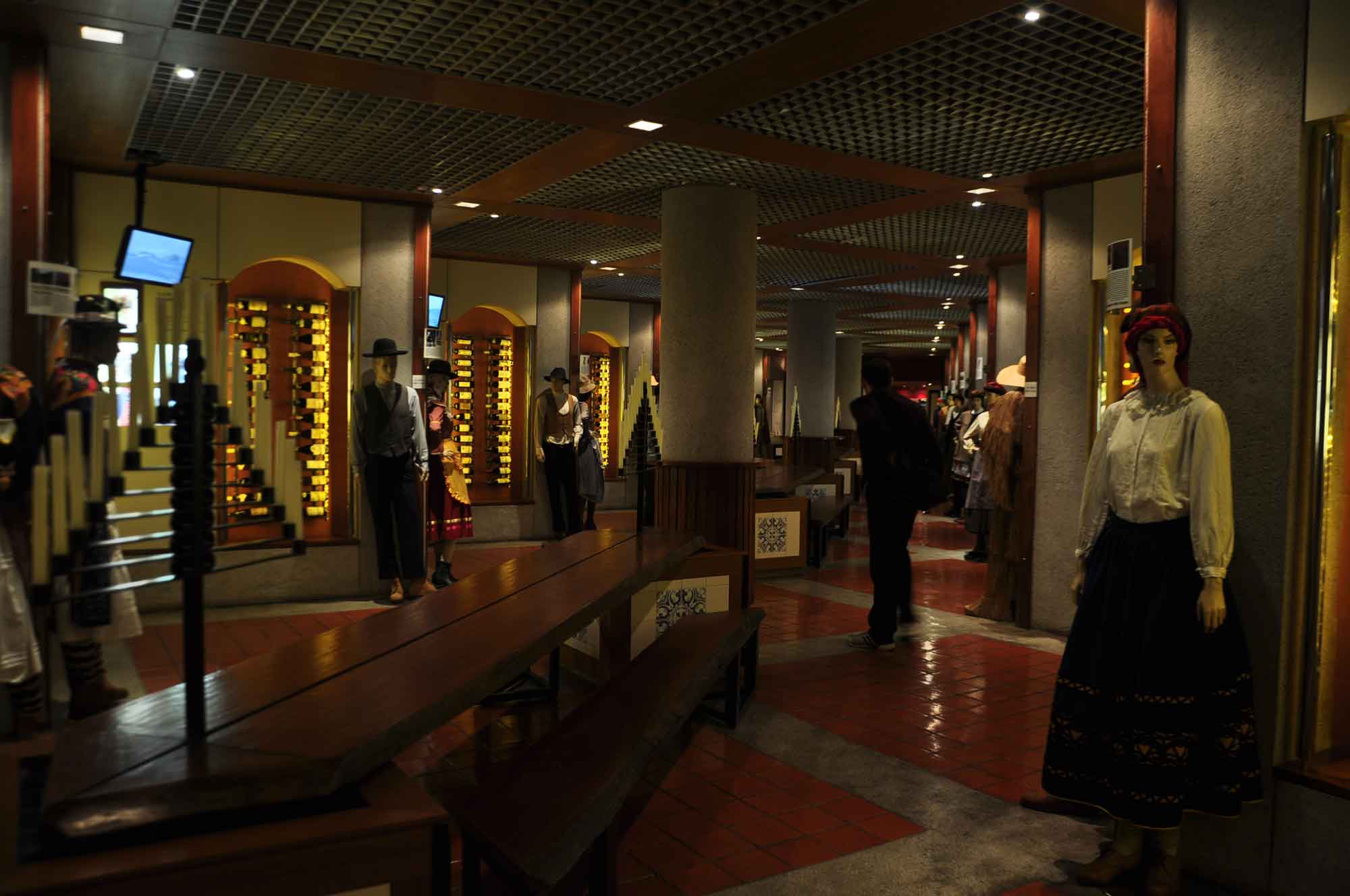 Before we left, we also made the mistake of paying $15 to sample three kinds of wine.  My advice is to forget this completely because the selection they use is strictly bottom of the barrel stuff. 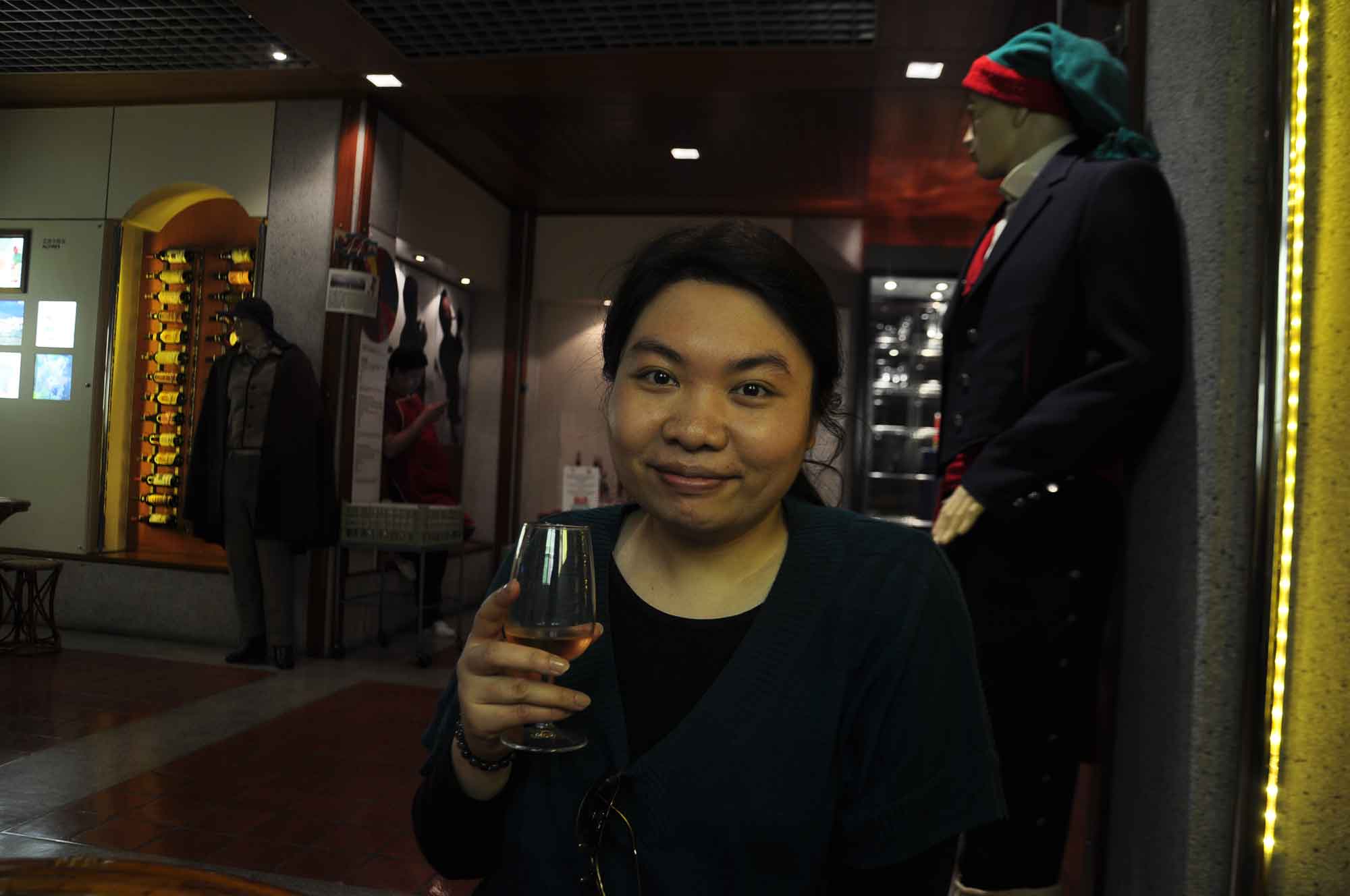 As if the museum wasn’t disappointing enough, I literally walked out of there with a bad taste in my mouth. 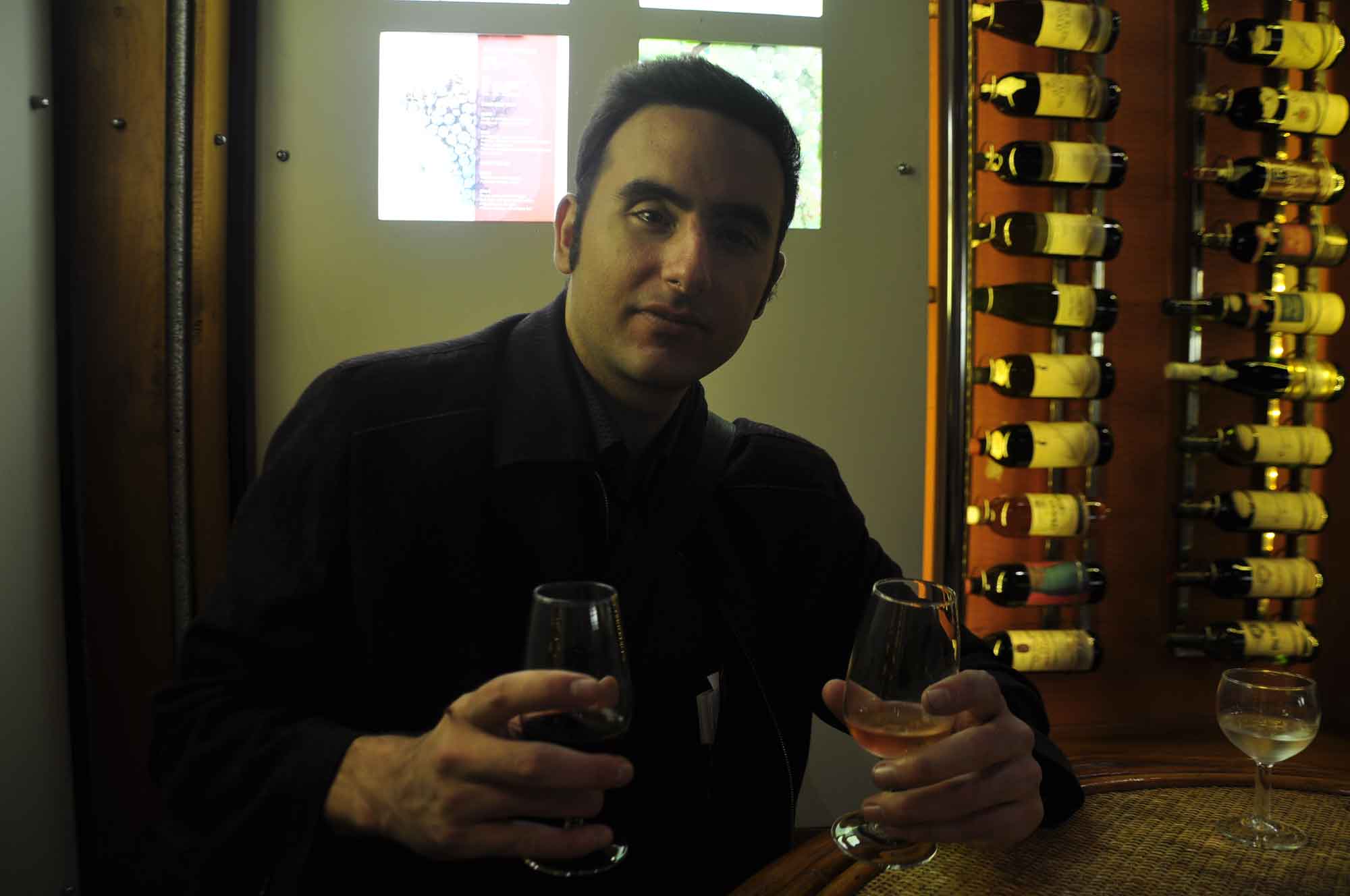