I had only booked one night at the Sintra so it was moving day yet again.  Before checking into my new hotel, the Guia, I took a little walk up Rua de Campo for my first stop of the day, G32, located in the lovely St. Lazarus District.

G32 is the type of attraction that I wish more cities around the world could have.  It shows the interior of a fully restored St. Lazarus home, as it might have appeared in the 1960’s or 70’s.  Museums often replicate rooms and living quarters but very rarely do visitors ever get the chance to physically enter a residential building to get a sense of how it feels to be within its walls.

When I was in Paris for example I would have loved to have seen the interior of one of those big stately apartments in the 7th Quarter; the same when in England of a Soho flat; the same true yet again when I was in East Berlin looking at those dreary Socialist apartment units that went up in the 1950’s.  Luckily for visitors to Macau, we have G32, which also happens to be located in one of the prettiest parts of town. . 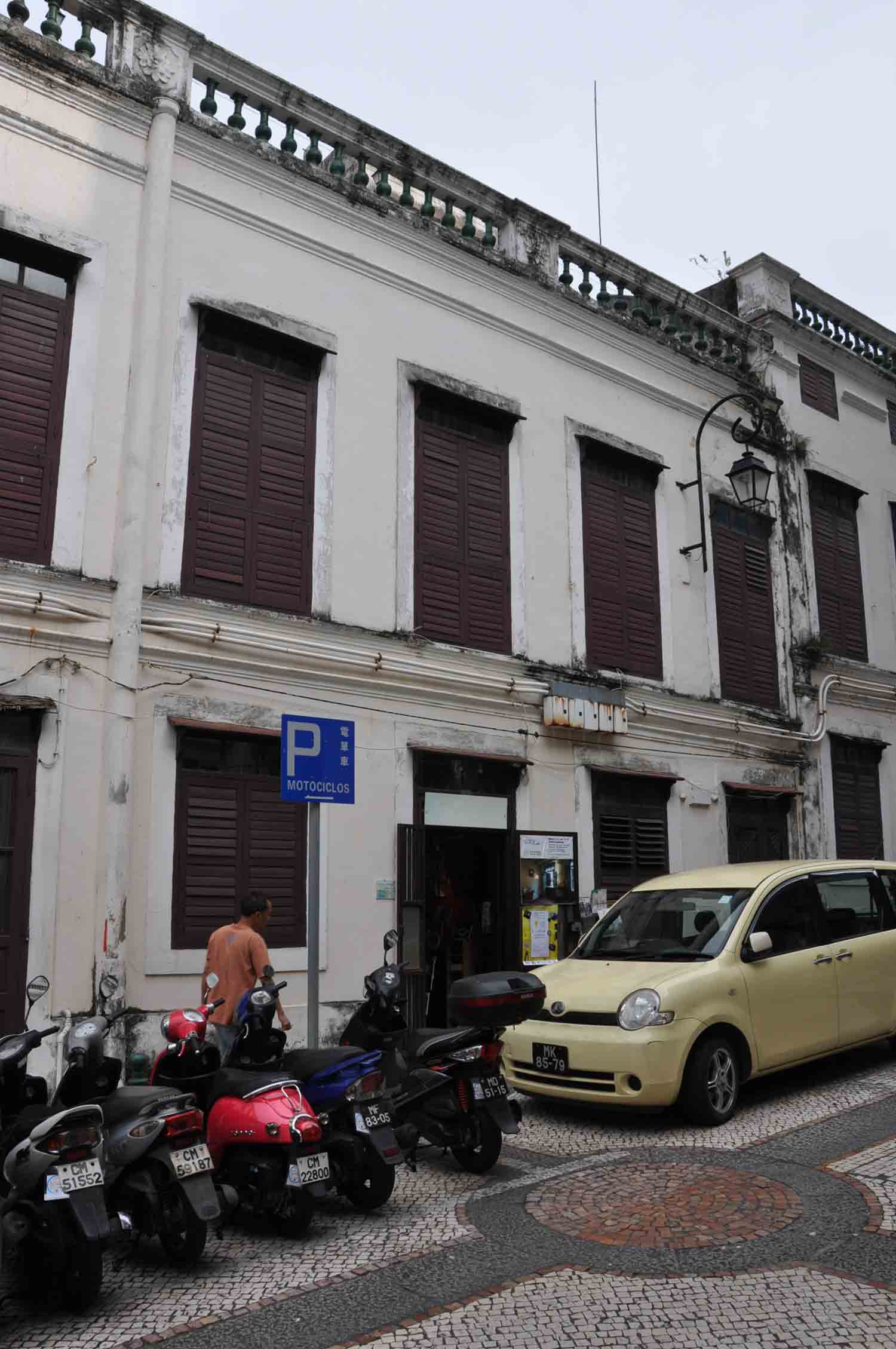 The building had been occupied by tenants as recently as 2011, but after a typhoon crumbled the rooftop that September, everyone moved out and a government organisation came in and picked up the pieces.  They assumed control of the whole property and started a mass restoration that took under four months to complete.  By December of that year, it was ready for public viewing.

The ground floor is used as an exhibition area to display local artists work, with no mind paid to furnishings like tables, beds, and chairs etc.  I thought that was pretty neat, knowing what I know about Macau history.  Macanese homes in the first three hundred years of their existence typically used ground floors for storage purposes only, with everyone living upstairs.  The city didn’t have shops in those days (and wouldn’t until the 19th Century) since residents bought food, goods and wine from shippers directly, often in bulk.  Ground floors therefore would have resembled mini warehouses, not any kind of proper living quarters, a fact that G32 reflects.

Up one long narrow flight of stairs however, the real action begins.  The first floor replicates the living room of a typical Macanese home around 50 years ago, complete with original furniture left by the tenants.  My first impression was that it looked quite a bit like the San Va, or what a suite at the San Va might look like, if they actually had any. 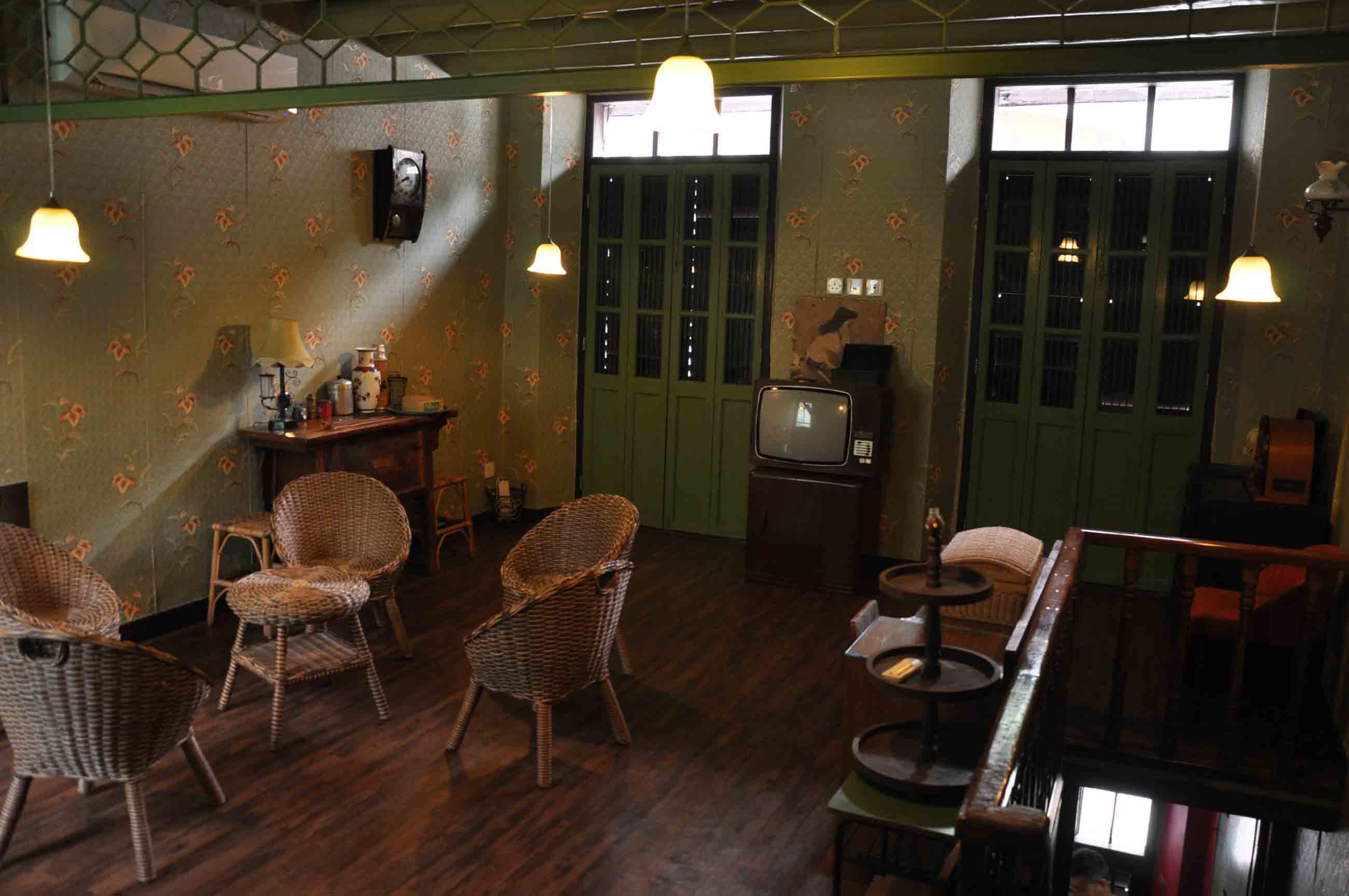 Straight ahead and simple, it’s quite shocking that an apartment like this is probably worth over $3 million US dollars, which just goes to show out of whack the Macau housing market is nowadays. 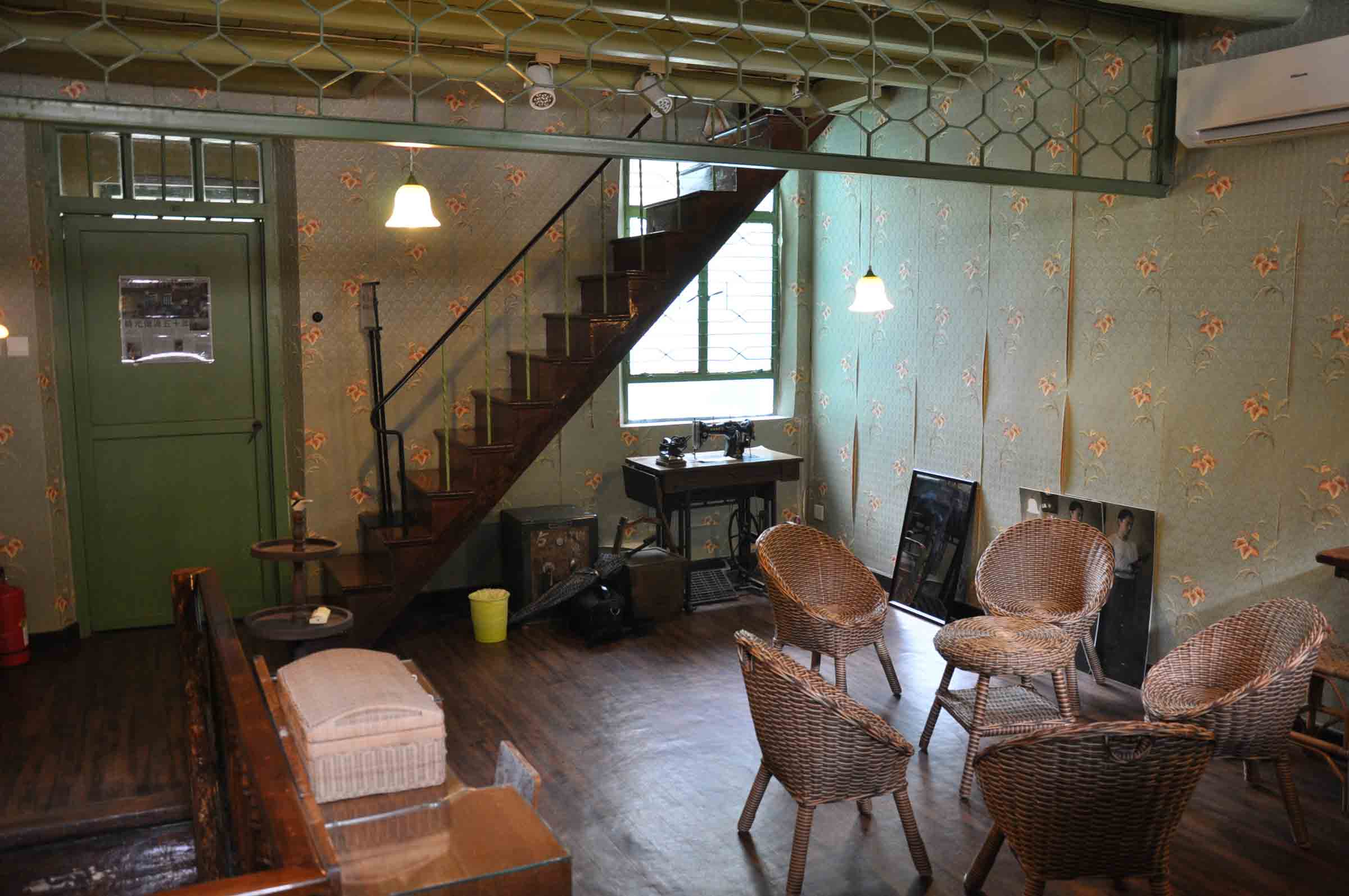 The second floor is used as a dark room with nothing on display, with the only thing of note up there the wooden floor, which is original.  (The one on the first floor had to be completely redone.) 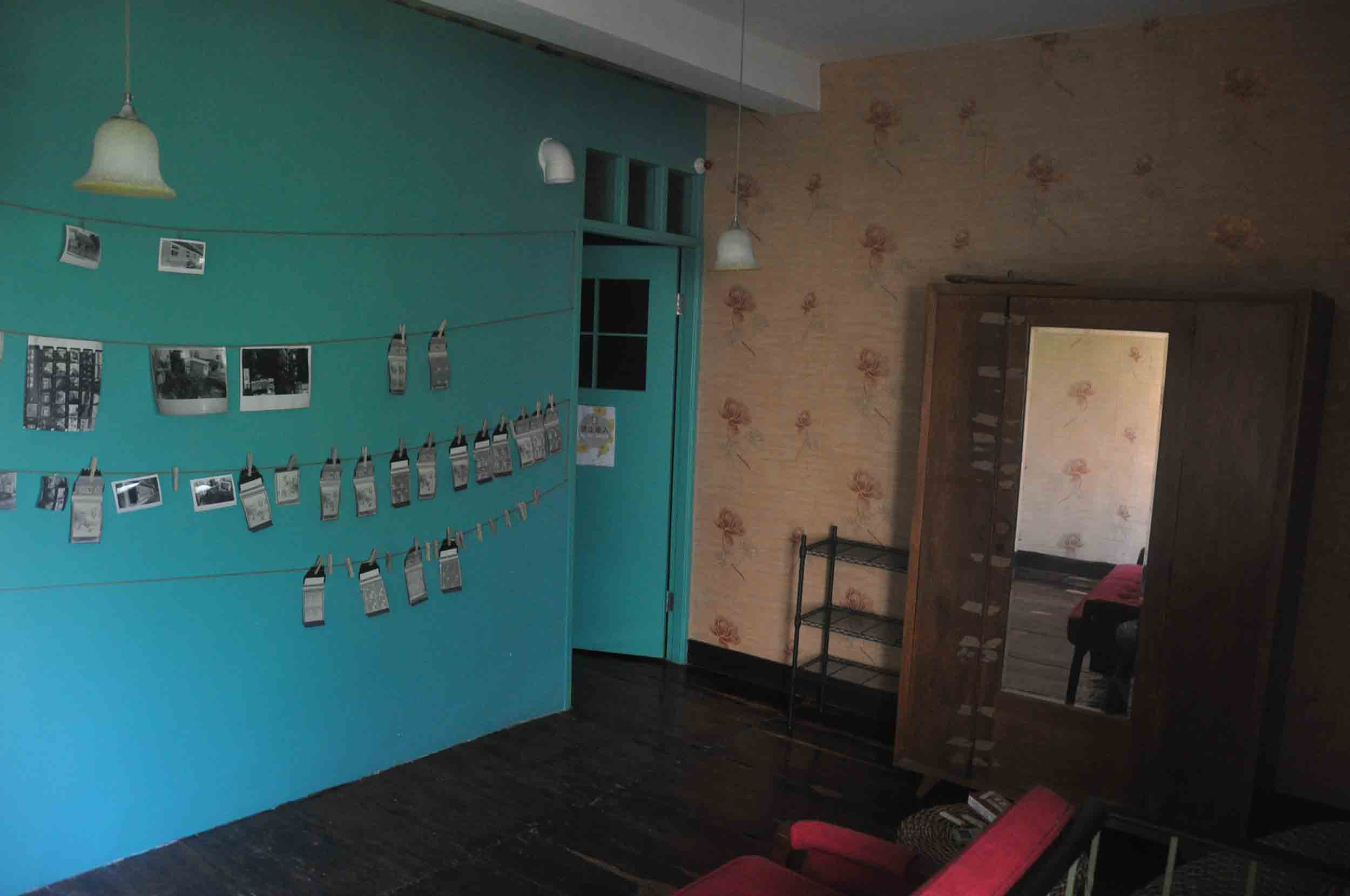 The last thing to see is the roof and the St. Lazarus Quarter from way on high, and I think I could do a lot of damage up there on a summer night, pimping some good white Pera Manca and blasting Amara Toure. 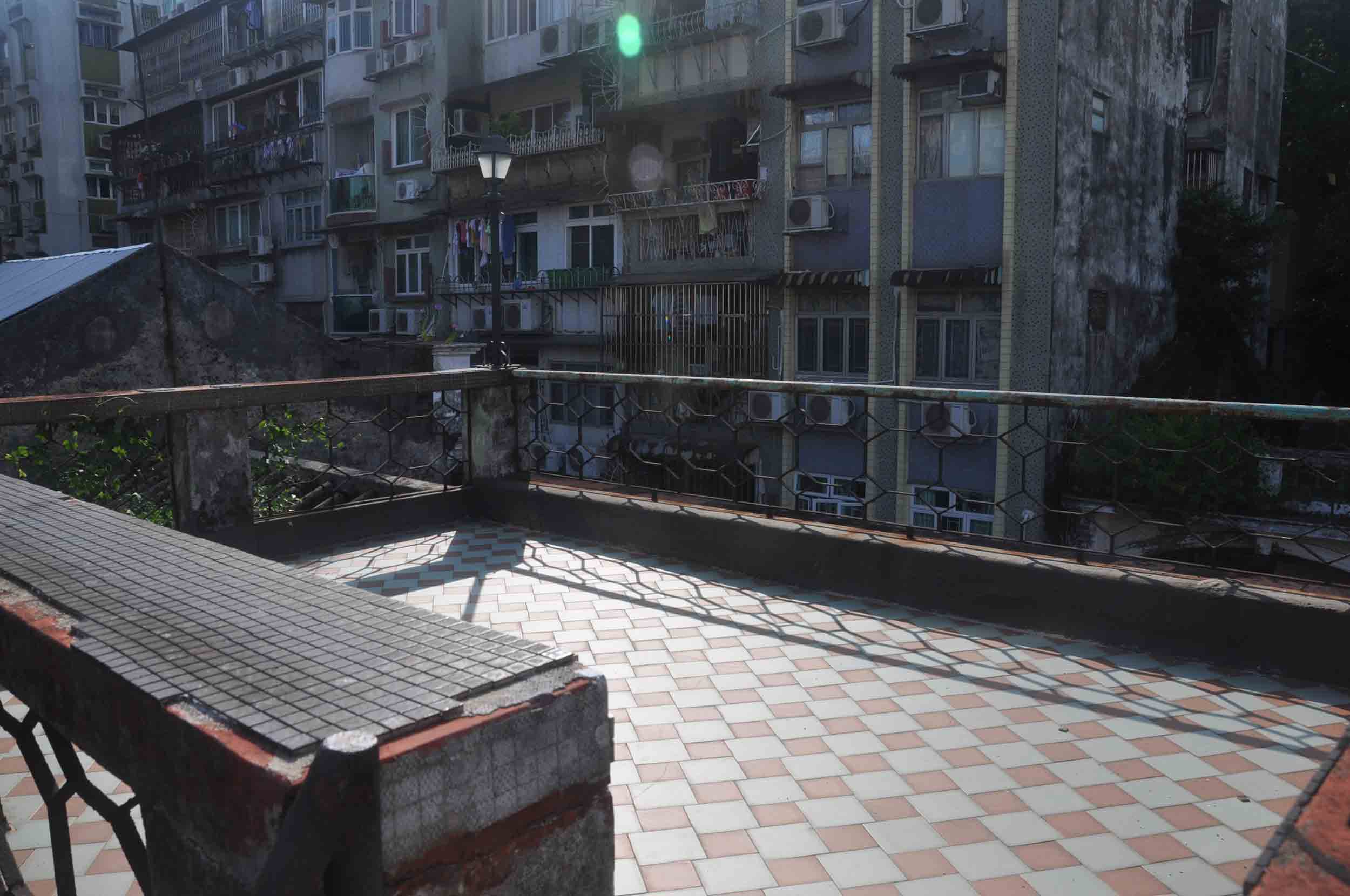 As an attraction, G32 is great for what it shows, but it could have been a lot better.  With all the space on the second floor, they should have added a bedroom and kitchen at least, just to make the house more complete.  As it is, you’re left with one living room and that’s it, but at least the vintage decor does take you back through time a little bit. 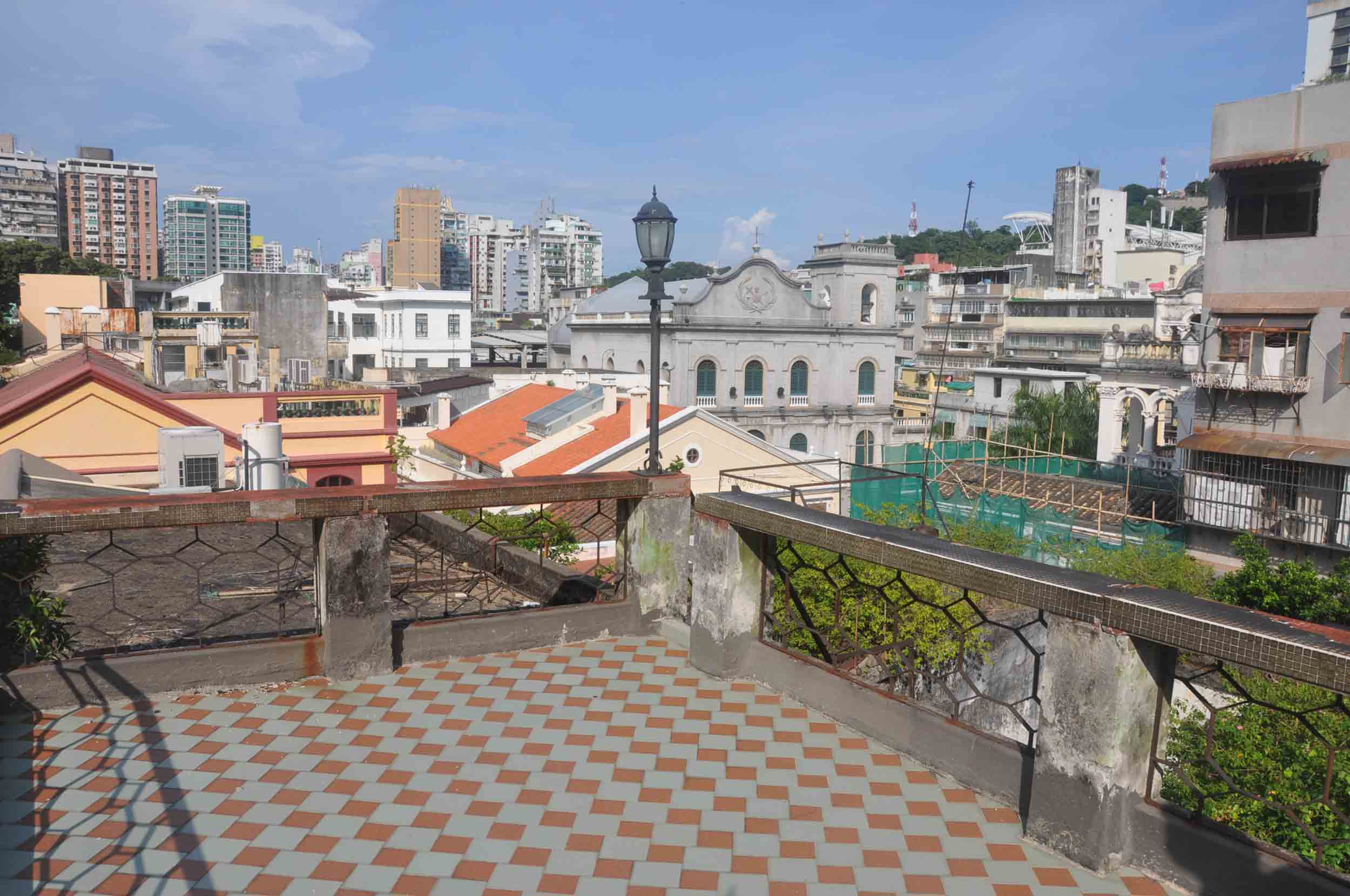 All nitpicking aside, I’d give my left arm to live there (but not my left eye, ha ha!), just because some things in life are too valuable to part with, even for a bitching pad in the St. Lazarus Quarter.

After G32, I walked over to the nearby Guia Hotel, my new digs for the day.  I had no idea how good it was going to be, since I only chose the hotel because I liked how the outside looked. 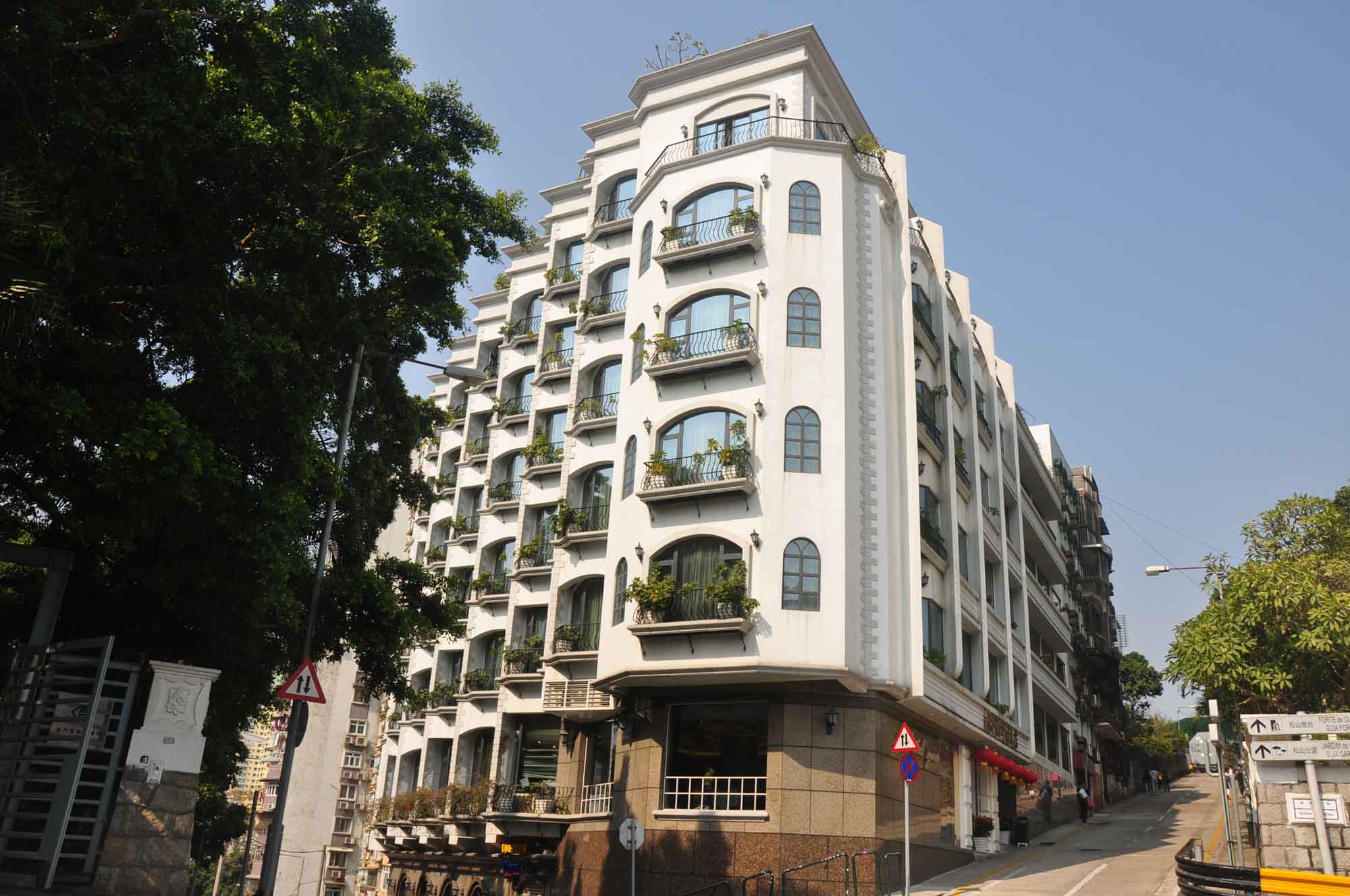 Much like Pousada de Mong Ha, Guia Hotel is located halfway up a hill, so if you don’t like climbing you should stay elsewhere. 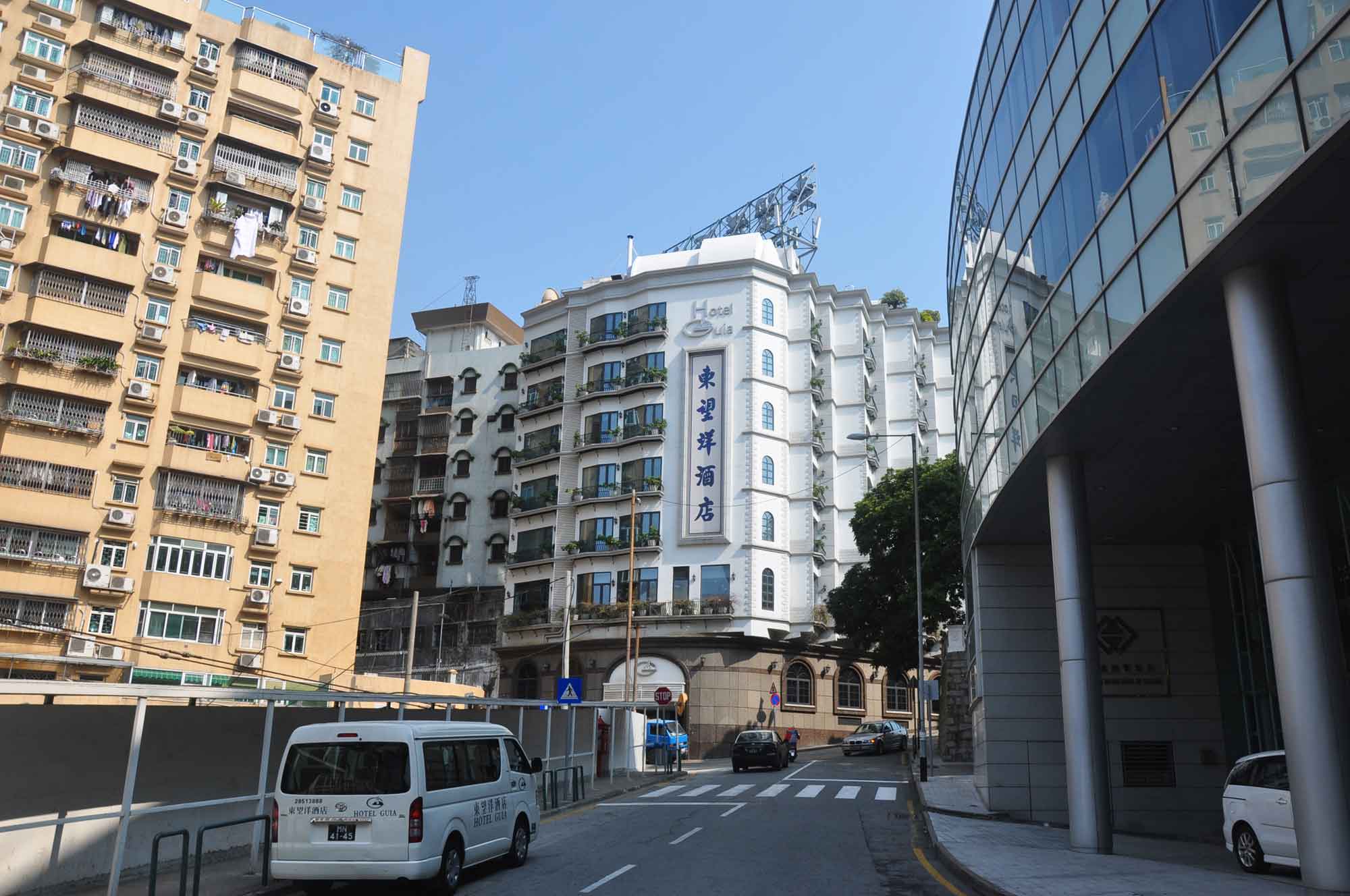 It’s also a little bit removed from San Ma Lo and the main action but not egregiously so.  Rua de Campo is only five minutes away by foot and San Ma Lo no less than fifteen.  Splitting the difference, it’s right by the St Lazarus District and a little closer to the northern sites so you catch a break there.  Some say getting a taxi is a problem, but the front desk can call one for you, and if you don’t have a lot of luggage and can walk, plenty of them can be had on Rua de Campo. 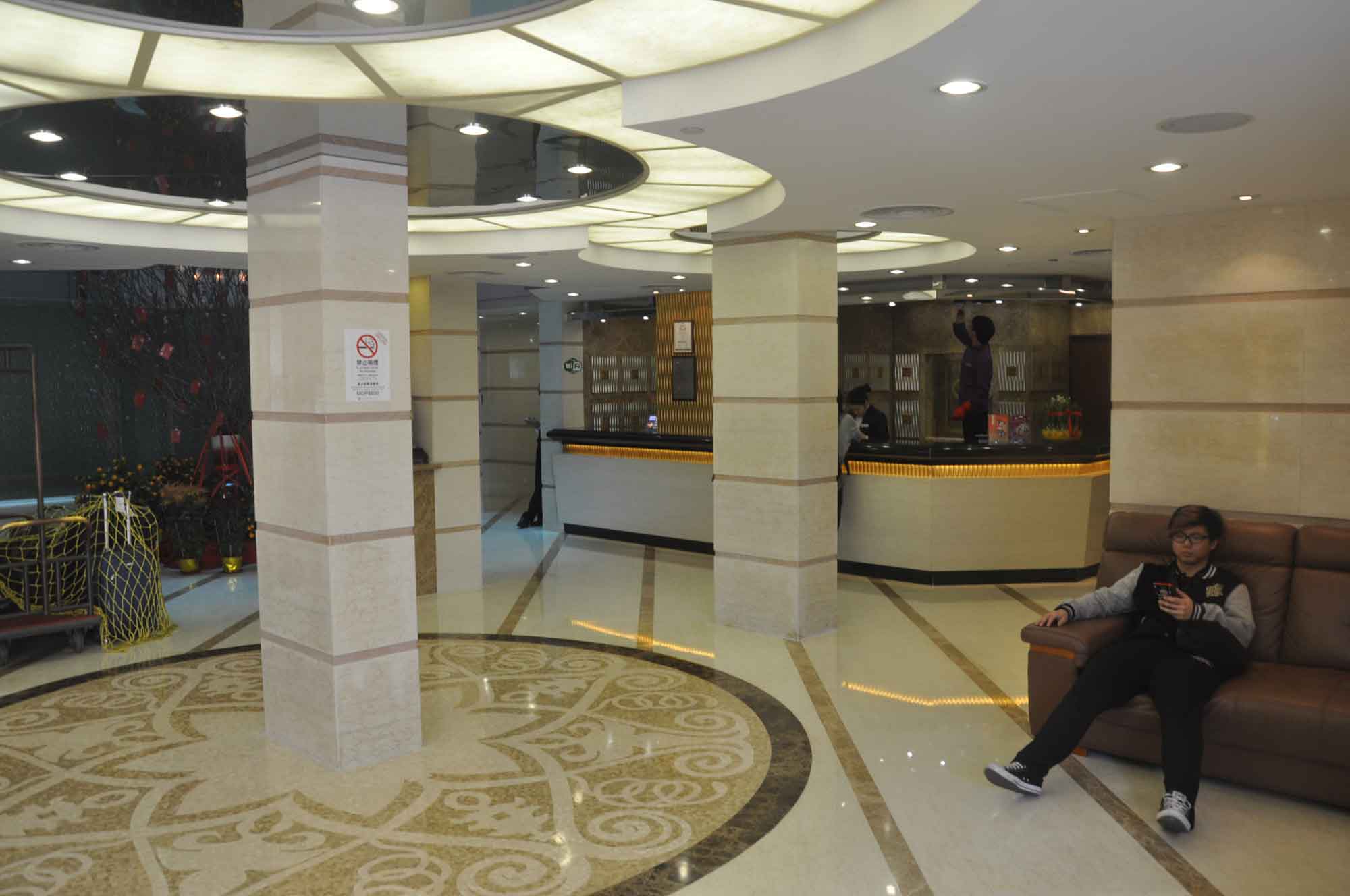 Prices are very competitive at the Guia, with current rates very similar to the Sintra.  Expect rooms to hover between $500 and $800, depending on season and the time of week.

I went for the cheapest room, the Standard Twin, which ran $911 for one night, and made sure to get one on the highest floor, since the noise from the Playmates Club in the basement (strip club/live sex show/brothel) sometimes disturbs patrons on floors 2 or 3.  If compared to the Sintra, nothing at the Guia was as good. 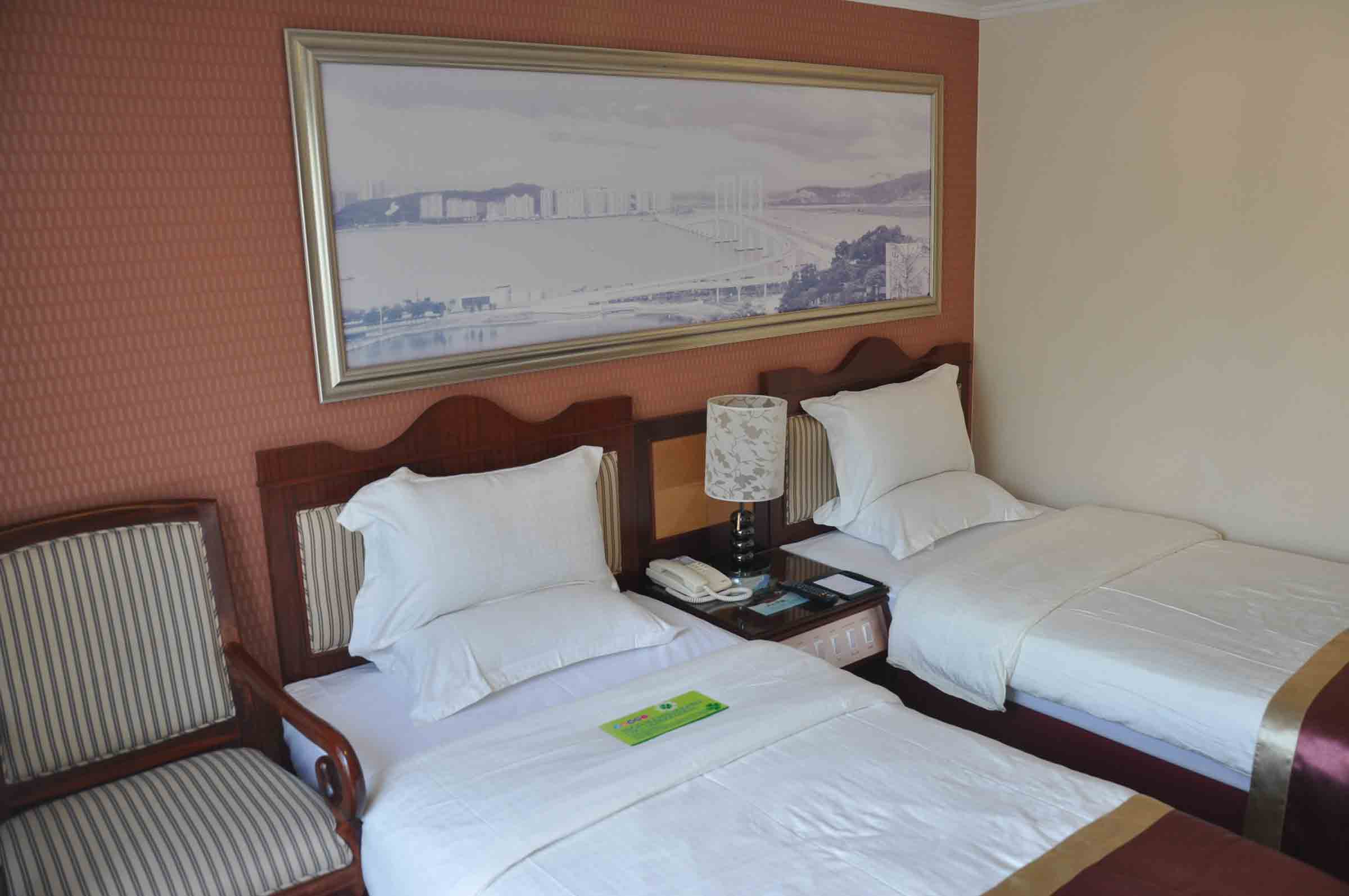 The room was older and shabbier, with cheaper furnishings and less space. 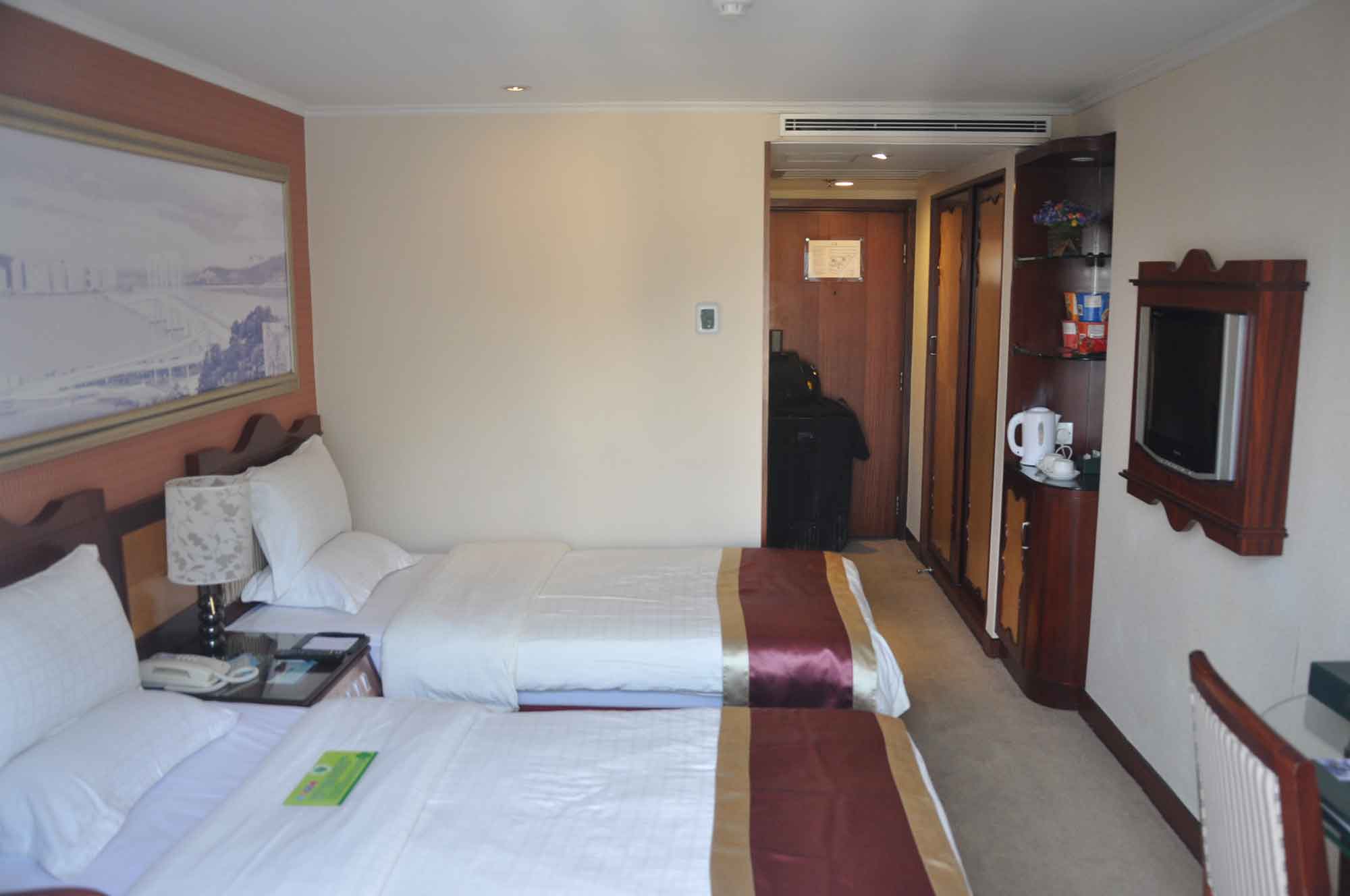 The bathroom was smaller and not as comfortable, the amenities not as nice.  The Wifi was really bad, always cutting out and extremely slow when connected, I couldn’t access half the sites I wanted to. 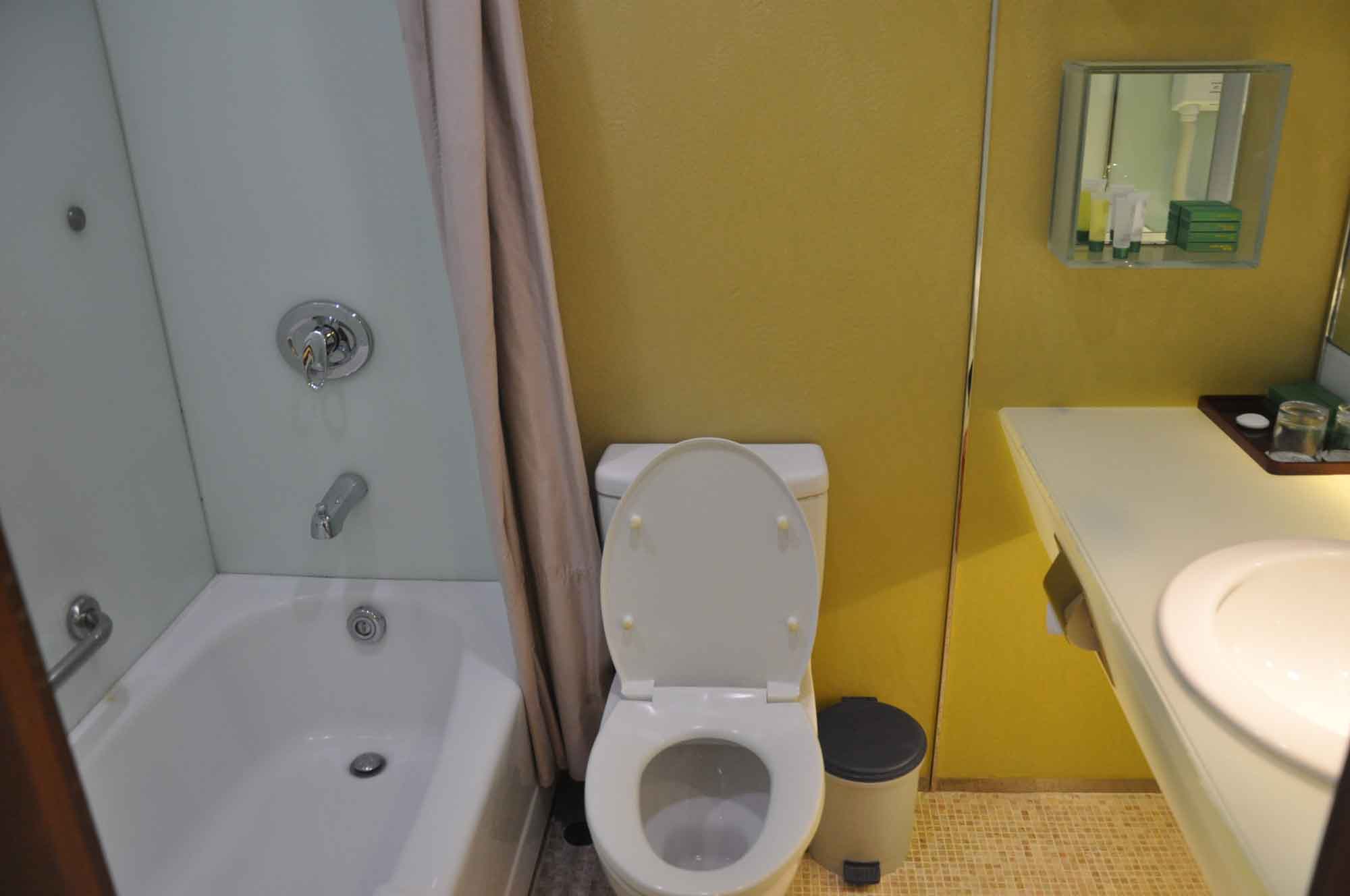 As for dining and entertainment, the Guia has one restaurant on the ground floor with no reputation, and some kind of rooftop bar that does poor business.  Take a pass on both, and that goes double for the seedy strip club in the basement, packed with disinterested dancers crying for tips and couches full of bored prostitutes.  I felt dirty even checking the place out.

The Guia isn’t the worst hotel in the city, but it’s far from the best.  In terms of comfort, it’s more like a motel in North America, functional and then forgotten the next day.  As a last ditch option I suppose you take it, otherwise don’t seek the place out.  There are much better hotels in this price range you should consider first.

After checking in and getting settled, I walked over to MGM Macau for a late lunch at Grand Imperial Court.

After five years on the job, I’ve come to learn that Chinese restaurants in big name Macau hotels are mostly all the same.  Clean and efficient, with good service, but really lacking character, and kind of contrived in a way. 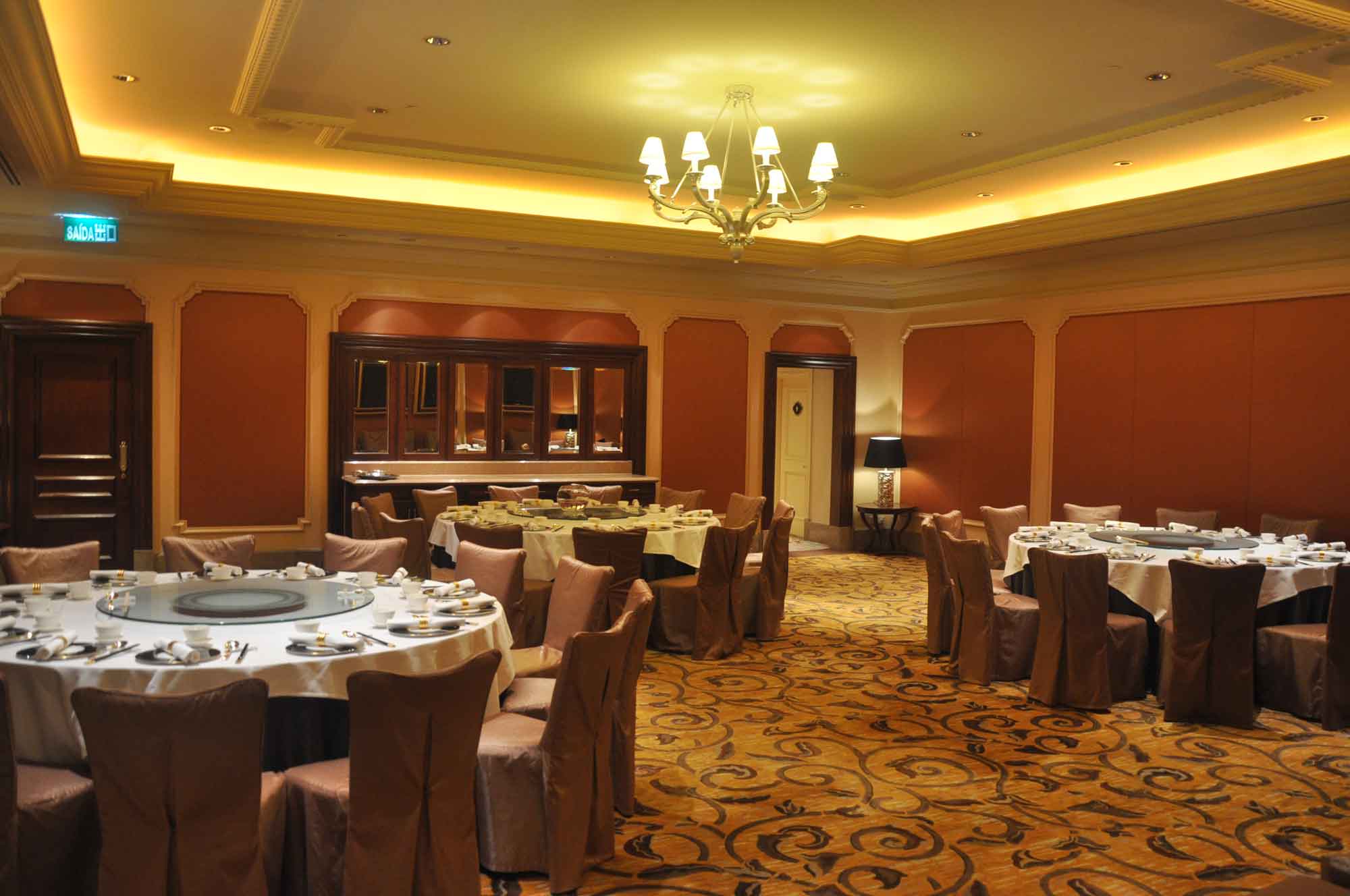 They’re made for hotel guests, not locals, and you can really see it in the clientele, or rather, lack thereof.  The pictures below tell the story, it was like eating food in a morgue. 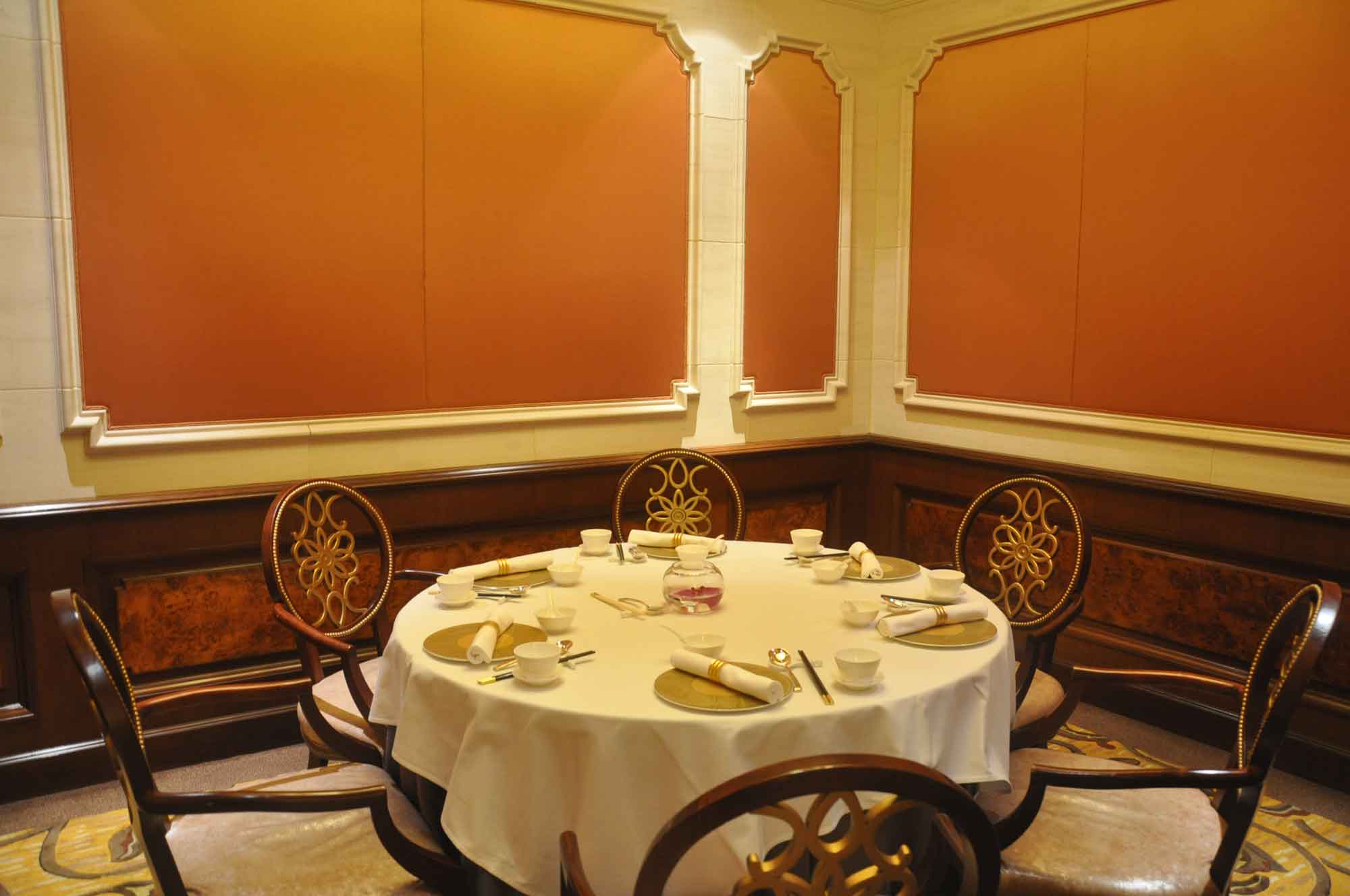 Grand Imperial Court, as the name suggests, wants to be all high class and trendy, but the truth is they’re anything but.  A restaurant of no real reputation, its only calling card is that it’s the fanciest Chinese place in MGM, which I soon learned doesn’t mean that much.

The seafood soup was way too oily for my liking, while the pan fried fish patties were okay, but really lacked bite.

The crispy pork rolls were amazing and I ordered another dish of them, just to make up for the first two.

The last dish of lamb was kind of like Thai food in a way, a little exotic, with a hint of pineapple/citrus and was served kind of cold, which I found weird.  Not that it was horrible or anything, but I couldn’t figure out what they were trying to do with it.

Long review short, the food was fresh for the most part and prepared well, but the taste just wasn’t my style.  Portions were of a decent size and the final bill ran $541 Mops, which I could live with.  I don’t think I’ll ever go back though.

(Update: I definitely won’t be returning.  Grand Imperial Court is now only available as a private dining venue.)

As a side note, I’d just like to mention that the service was wonderful and I think the best looking girls in Macau work in restaurants like Grand Imperial Court, Zi Yat Heen, and the 8, (AKA Chinese restaurants in big name casinos.)  It’s like they all got first pick or something, and they used it well.