After checking in, Mu Yi and I set our sights on the next destination of the day, Hac Sa Beach.  Not wanting to wait around for a bus, we walked it instead, and got there about 20 minutes later at 4 pm. 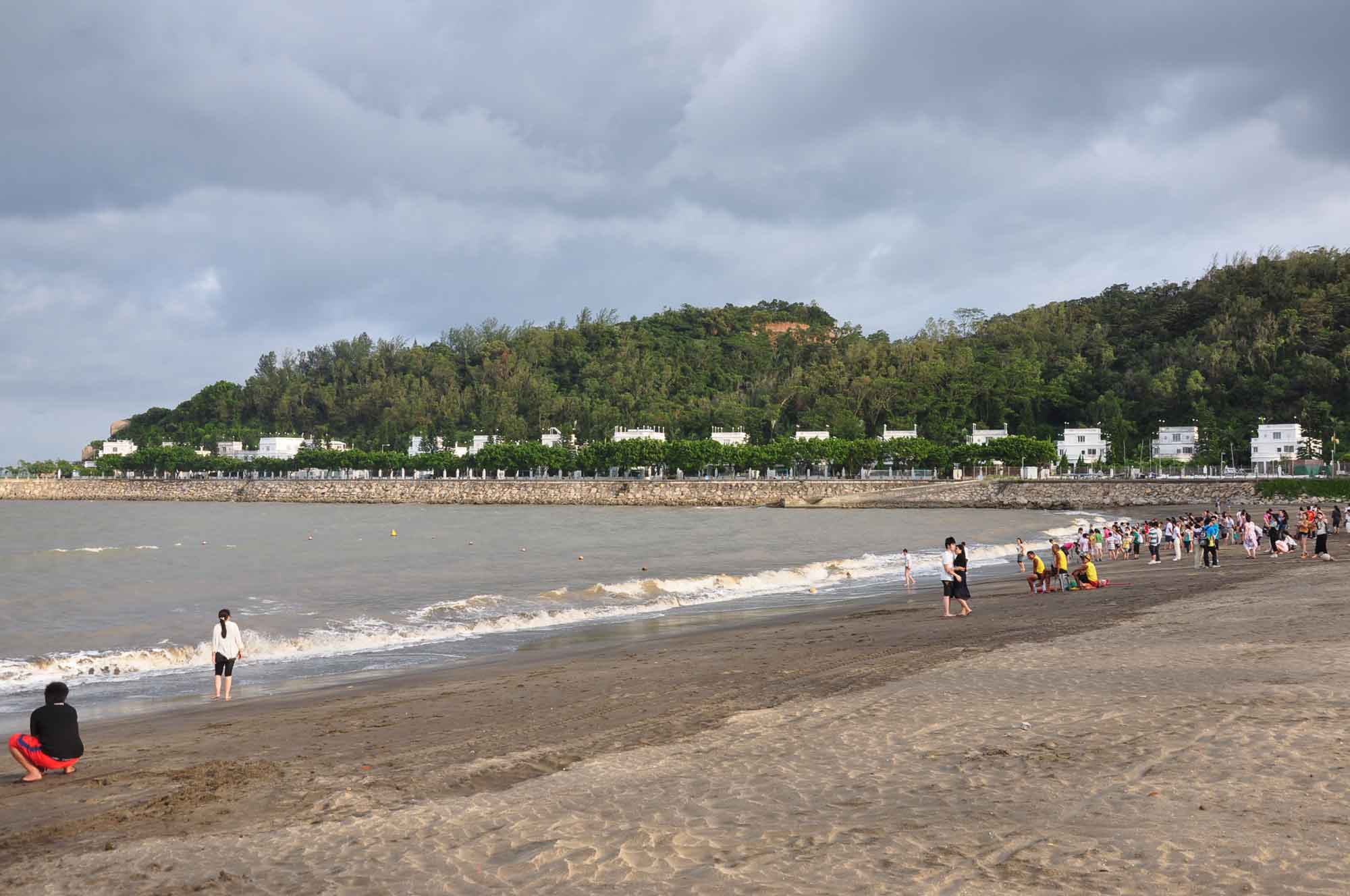 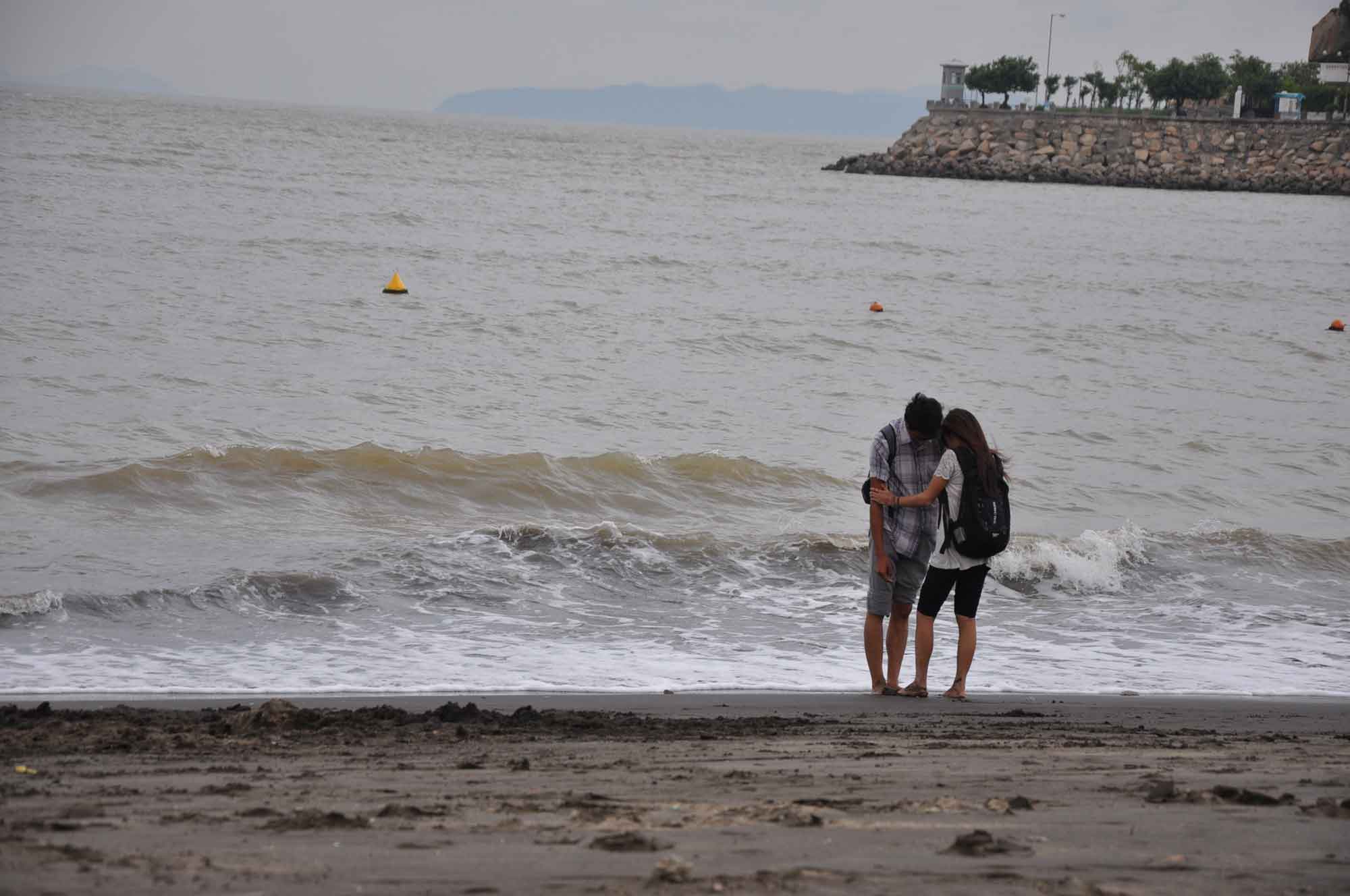 Imagine beach volleyball, wild surfing, and a row of white yachts lined up in the distance.  Imagine all of that and then forget it, because you won’t find it in Macau. 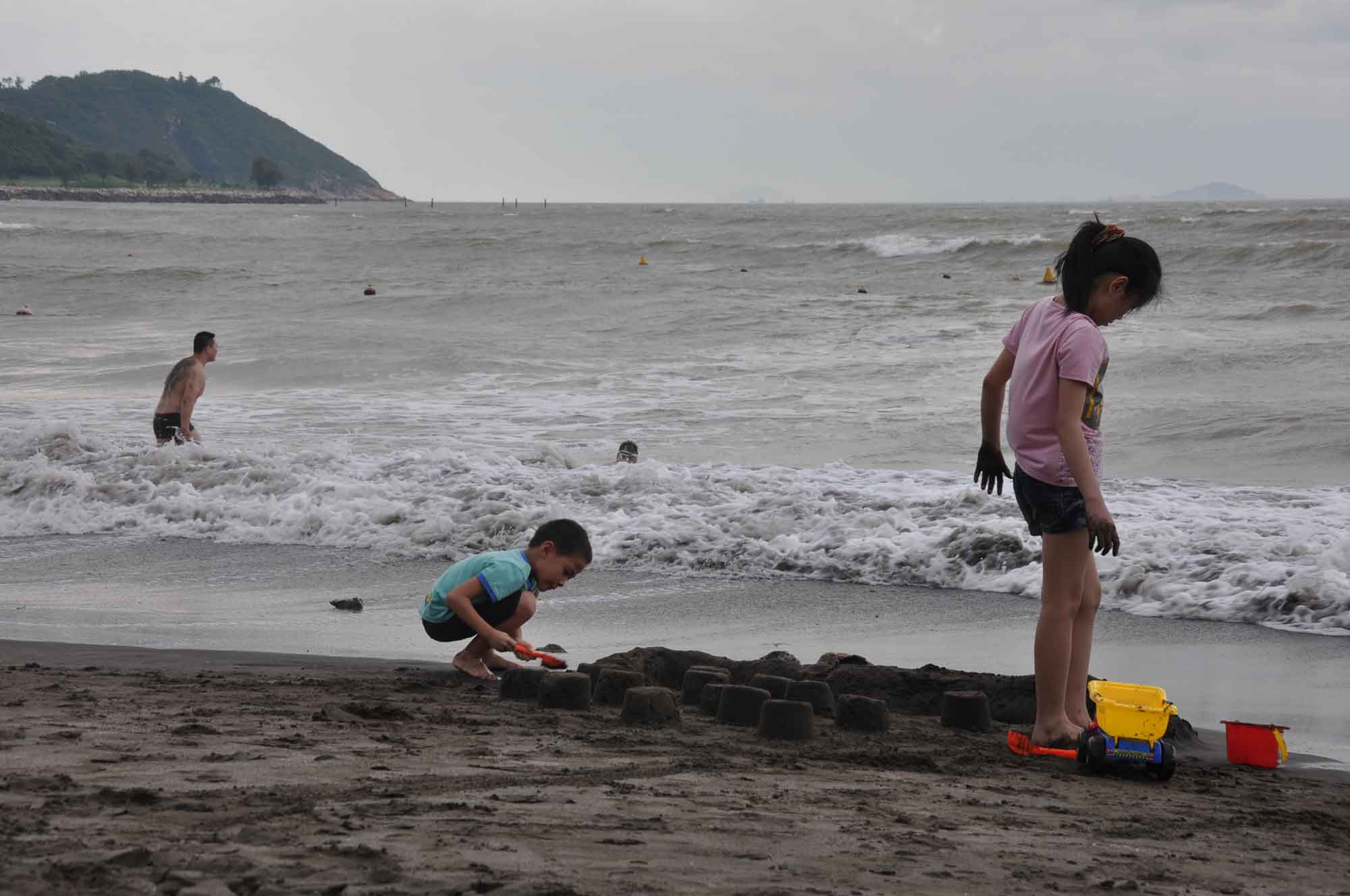 When the name of the best beach in town is “Black Sand” that should tell you everything you need to know. 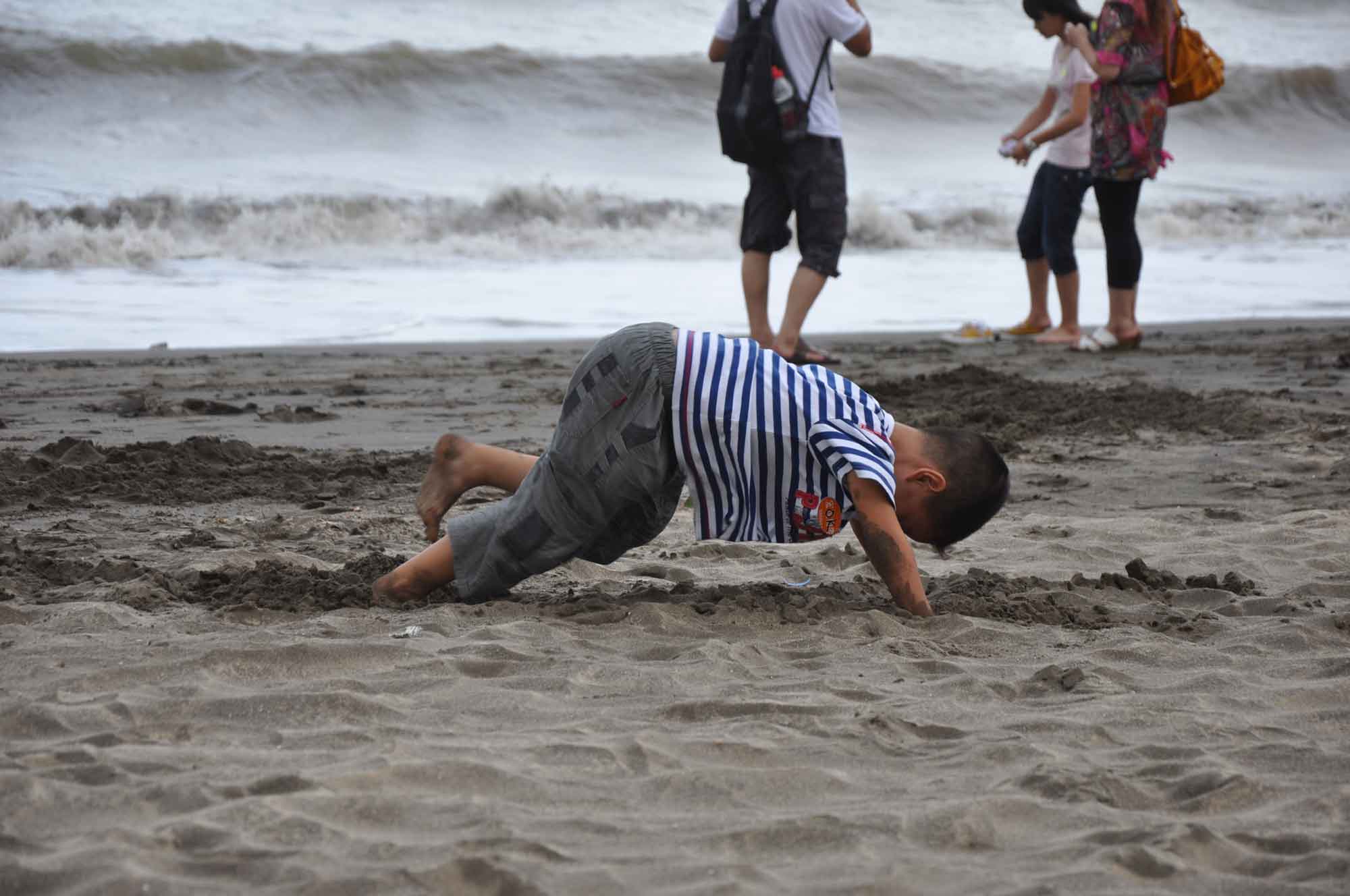 Okay, so Macau doesn’t have the best beaches in the world, but what they have is better than nothing. 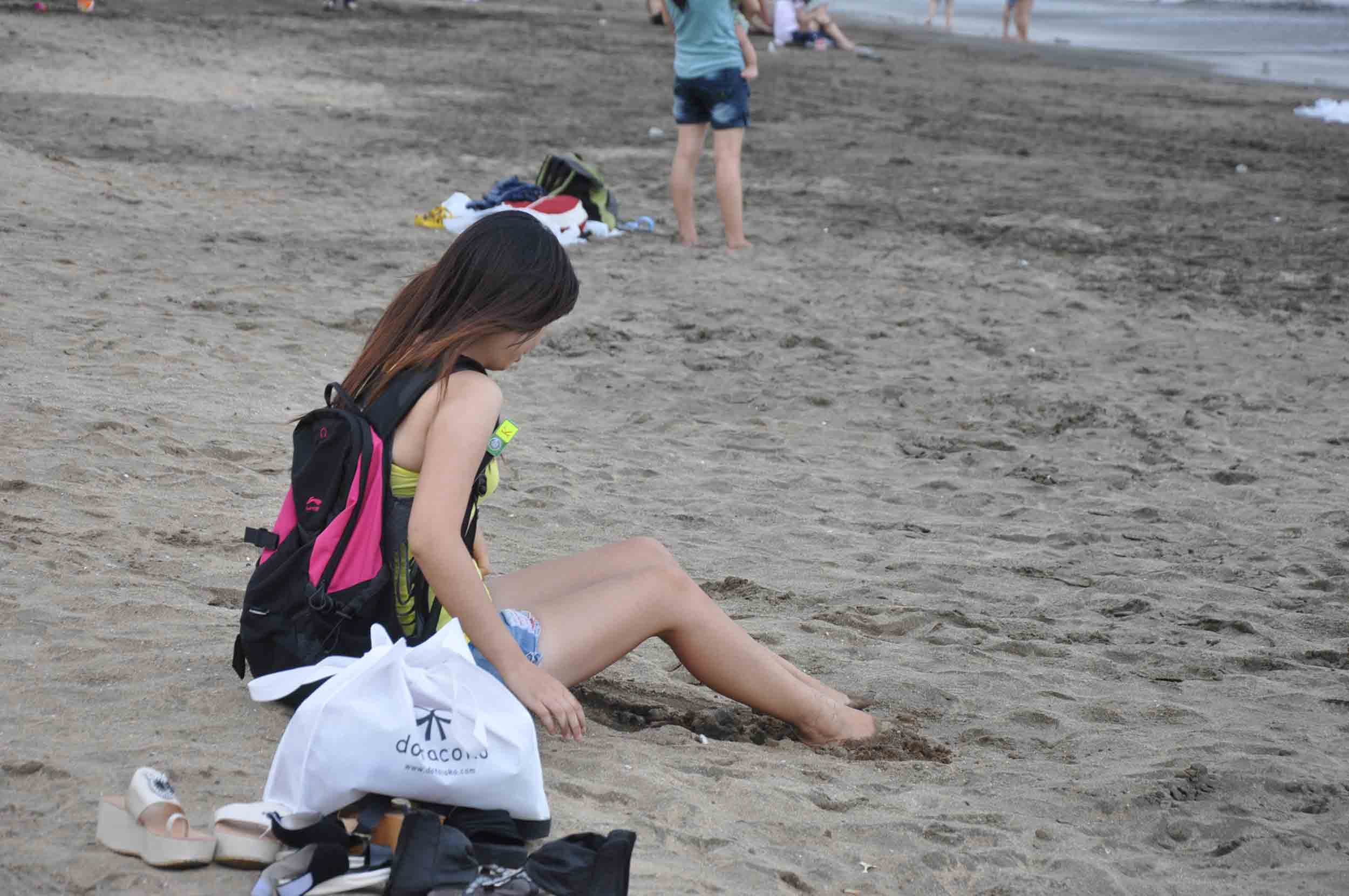 There was a typhoon warning on the afternoon we went, so the ocean was angry that day my friends, making it impossible to swim.  For those who did venture in, it was just to feel the fury of the waves, and hopefully not get knocked over in the process.  I hadn’t been to a beach anywhere in about twenty years, so I couldn’t wait to jump right in.  I was so excited that I forgot to take my cell phone out of my pocket, pretty much destroying it completely.

As I said earlier, with the waves being what they were I couldn’t actually swim, but I still managed to make it out to the floating boundary.  Even way out there the water was still shallow and I could stand up, so the beach should be safe for most kids and those who don’t swim. 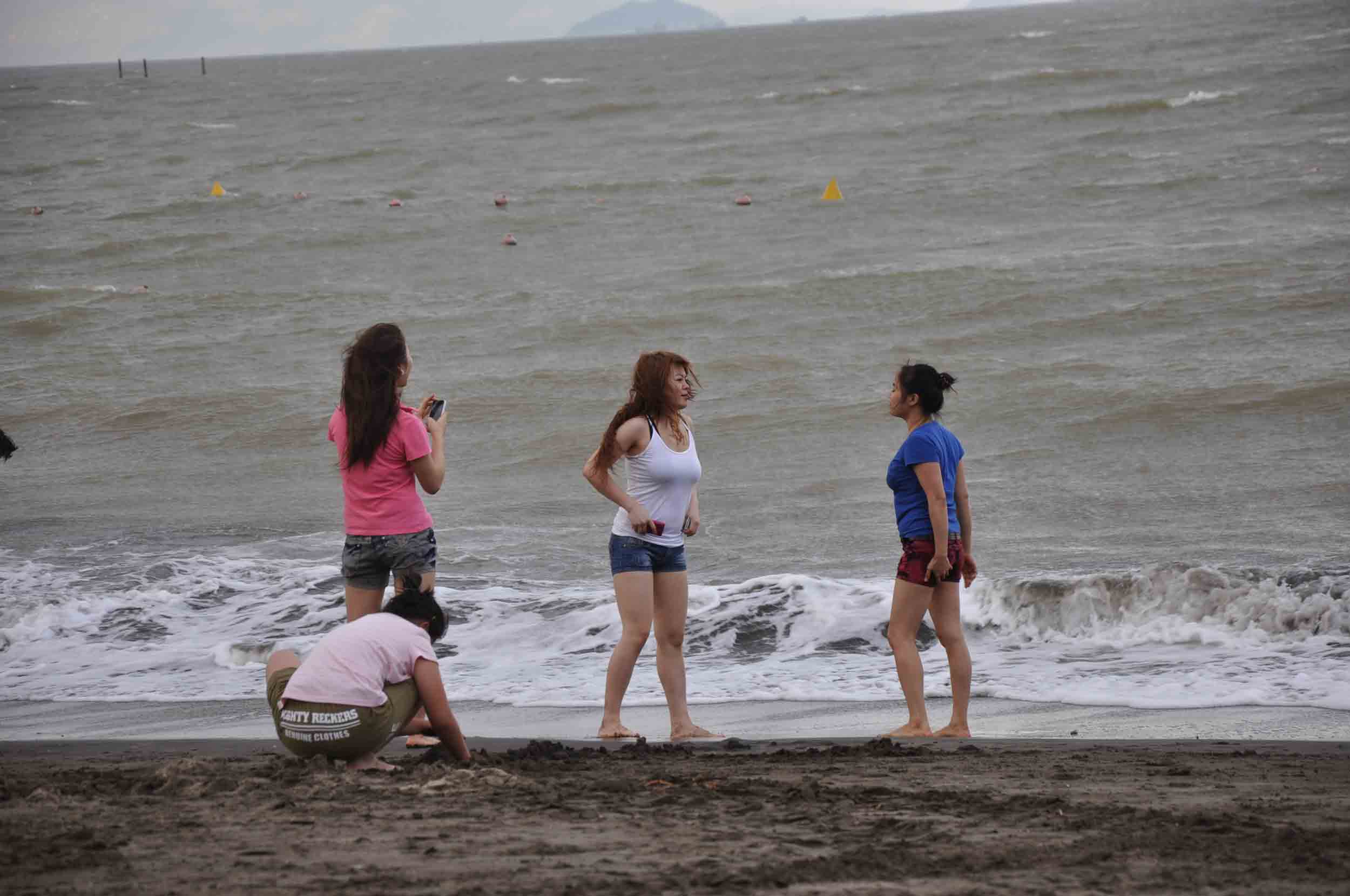 The highlight of the afternoon – for me anyway – was a group of 4 local girls, who took the beach by storm and made no secret of being there. 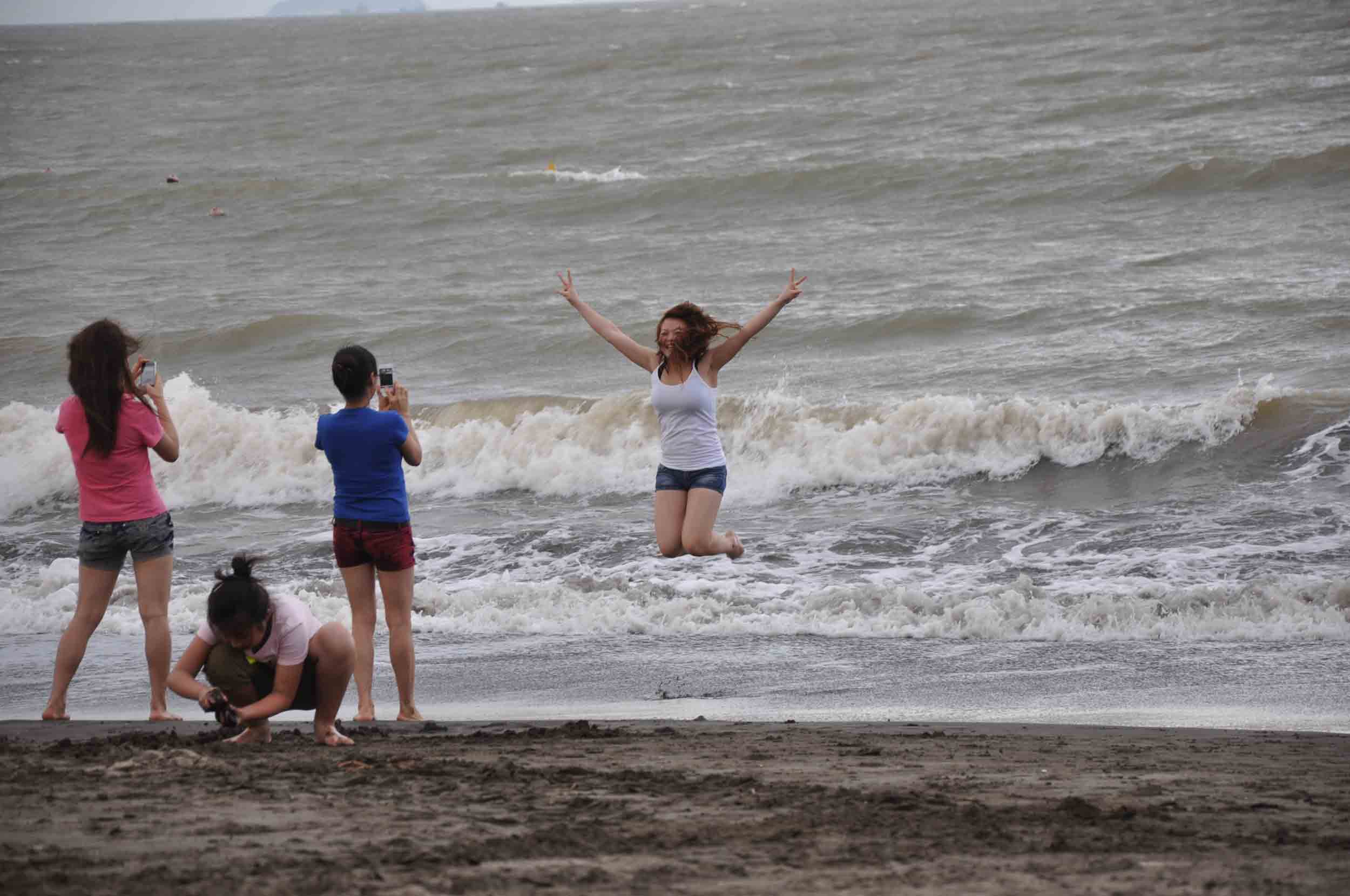 Loud, cantankerous and generally soaking up the spotlight, they were pretty much the only other ones in the water with me at the time. 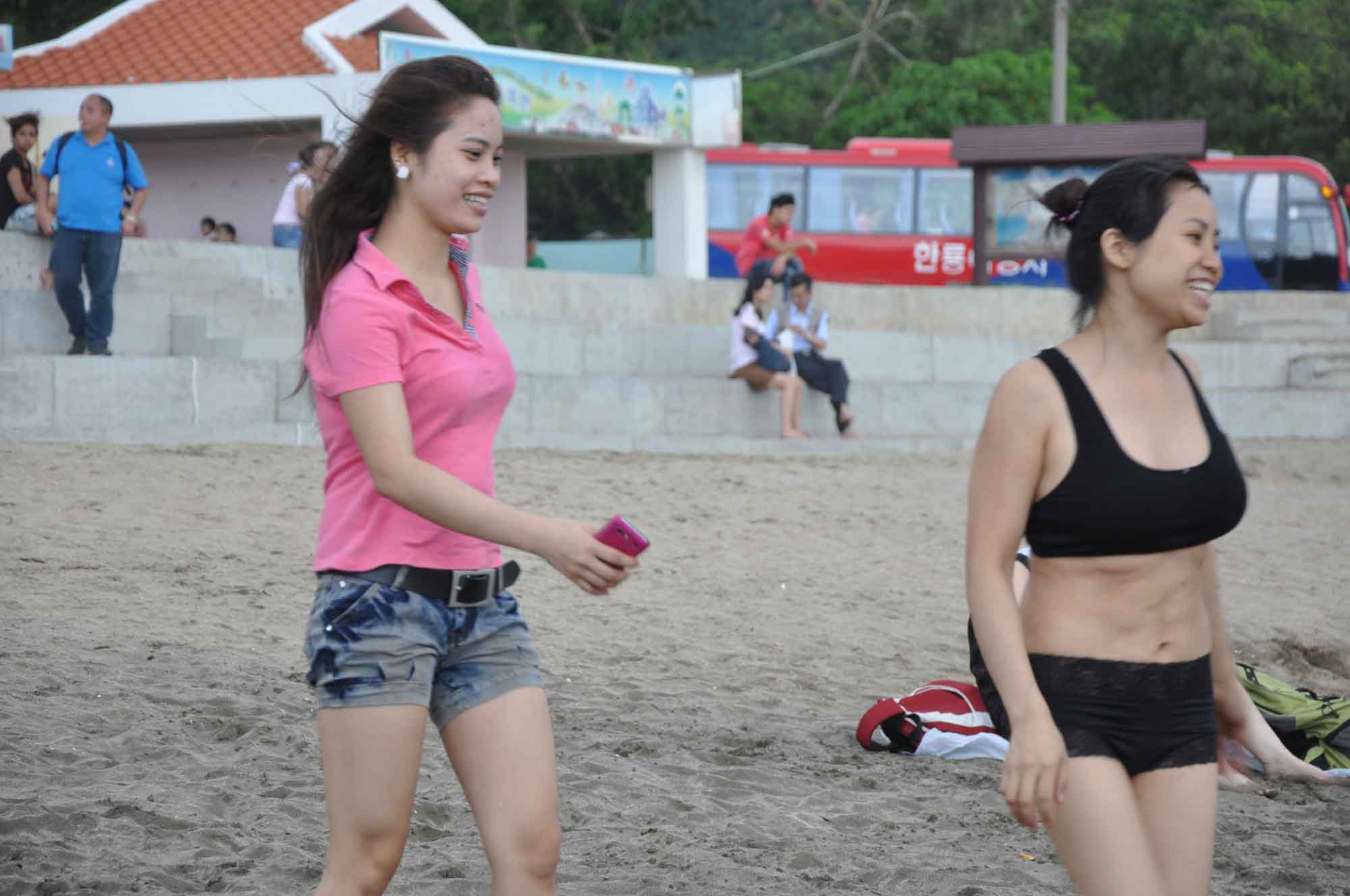 I liked the cute one in red the most, it was just too bad she never put her swimsuit on and joined the fun. 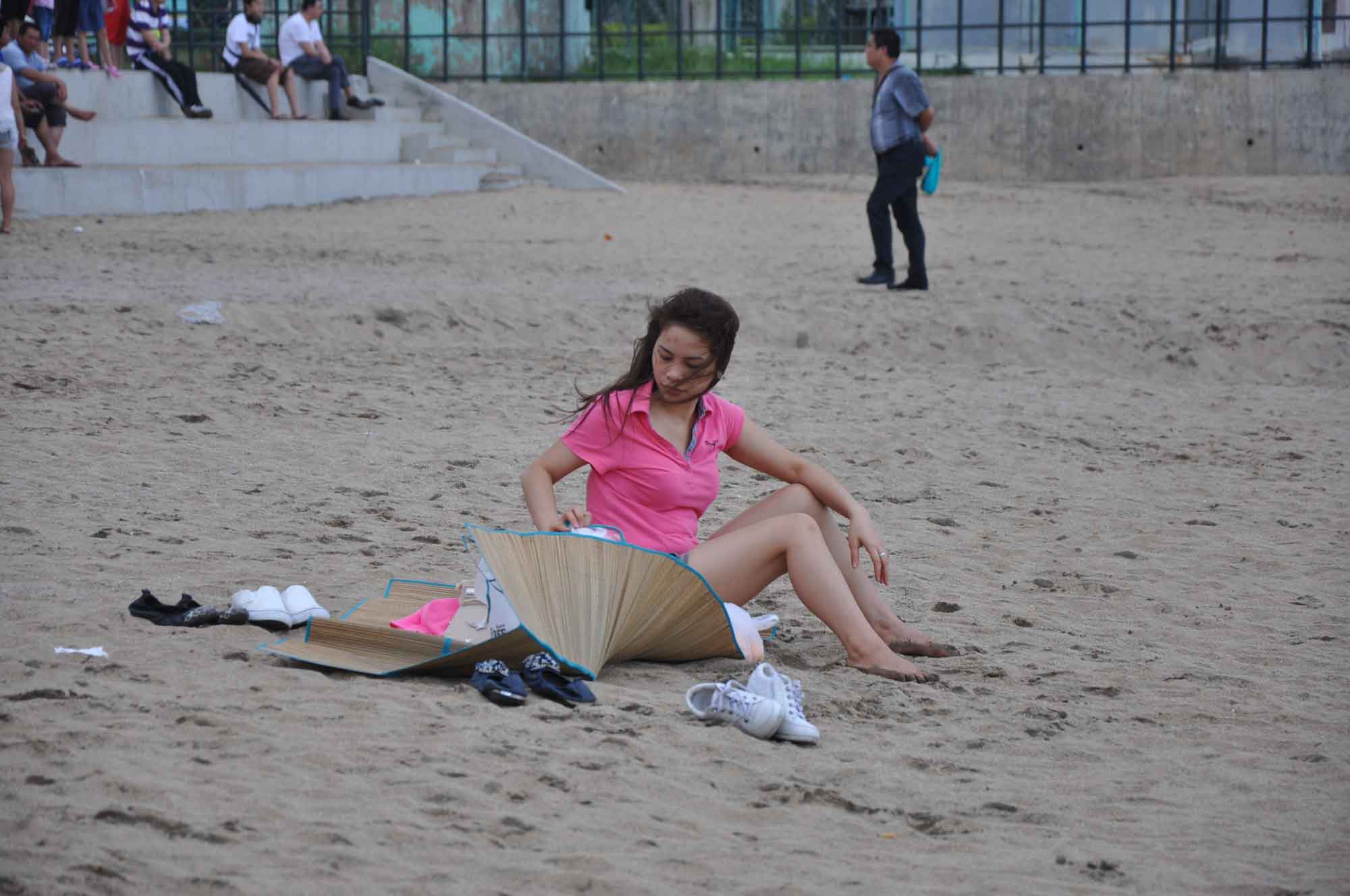 Besides swimming, there are other things to do around Hac Sa Beach.  If you get hungry there’s a row of vendors selling barbecue treats nearby as well as a couple of restaurants, including one of Macau’s 10 Iconic Restaurants, Fernando. 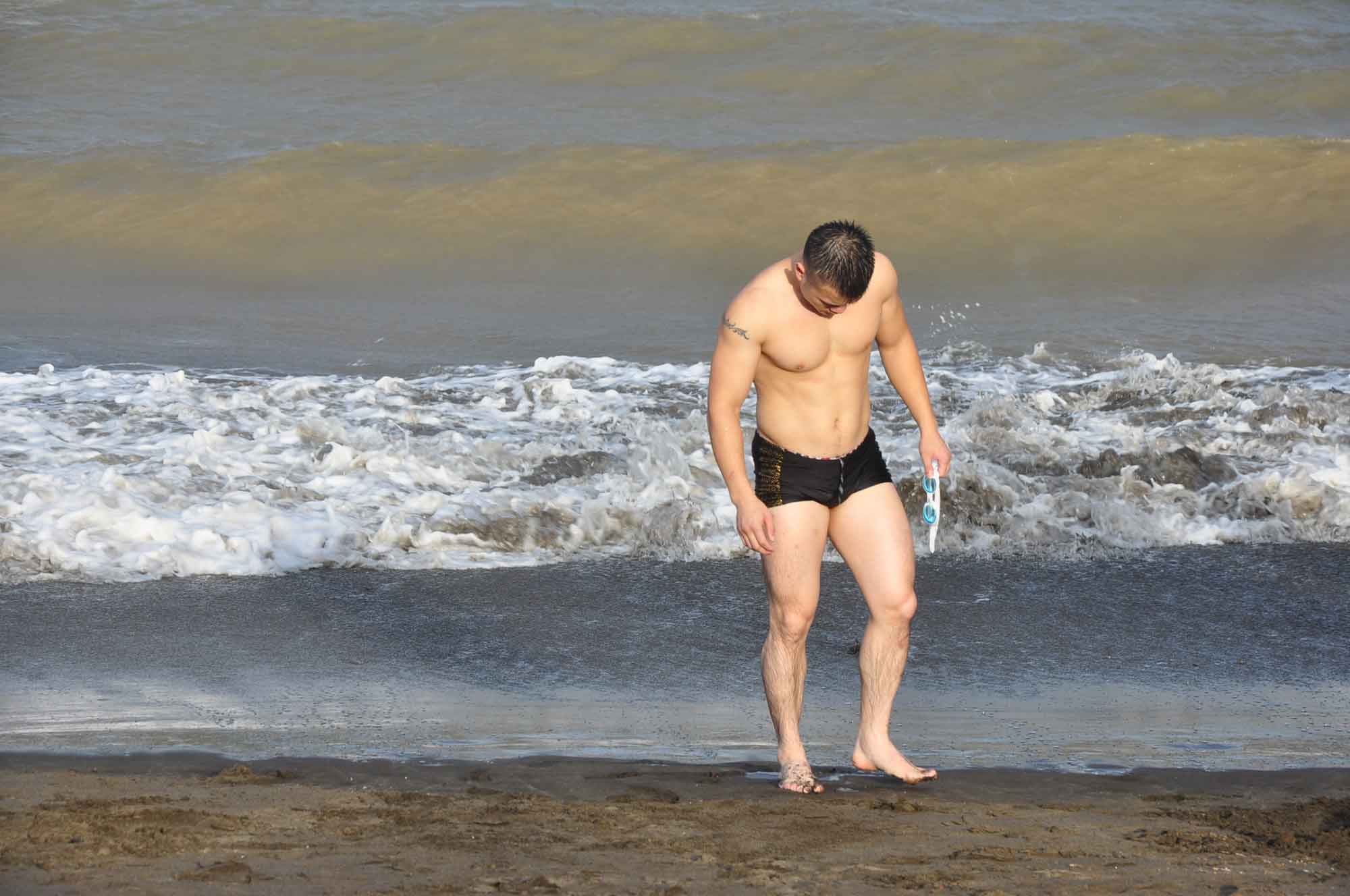 There’s also public barbecue pits available if you want to cook your own food.  Hac Sa Reservoir BBQ Park is right in the area too, complete with hiking trails and a Nautical Entertainment Center where you can rent boats and motor scooters. 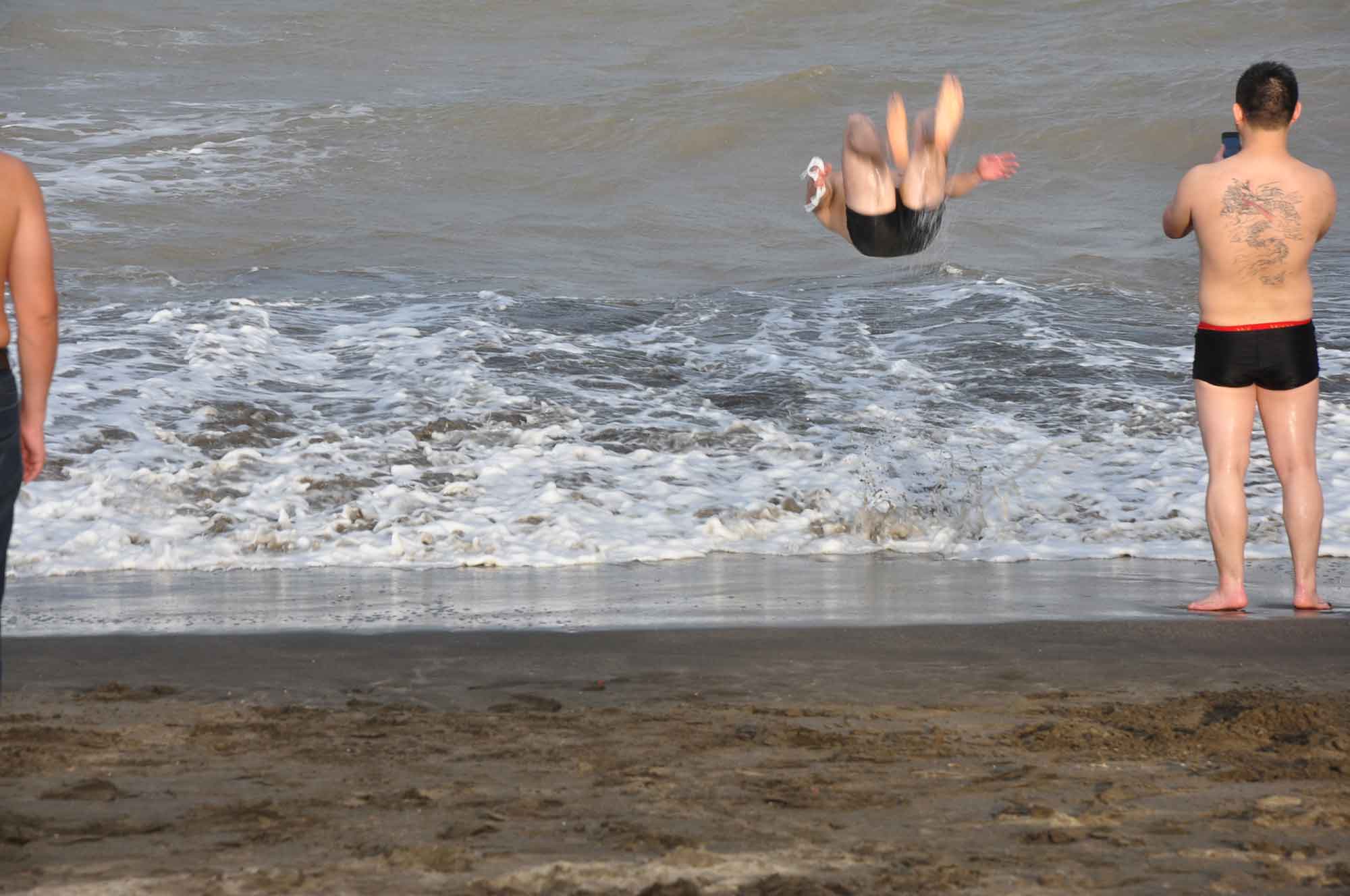 The best way to get to Hac Sa Beach from Macau might be to take a bus.  There are quite a few that go down there and they’re almost as fast as taxis once you leave Taipa, given the limited number of stops.  A cab from the Venetian, for example, might cost $75 or more, while a bus is only $6.  Bus numbers 15, 21, 25 and 26A all service the beach, with 21, 25 and 26A originating on Macau peninsula.

After about an hour at the beach we returned to the Pousada De Coloane and prepared for our evening endeavours at the Japanese restaurant, Kira.

Kira is one of four restaurants found inside the Altira hotel, located in the northeastern part of Taipa, close to the University of Macau.  Only open at night, Kira deals in pricy Japanese buffet, and from what I can tell, it’s the most expensive one in Macau, running $650 a head, or just over $100 US dollars. 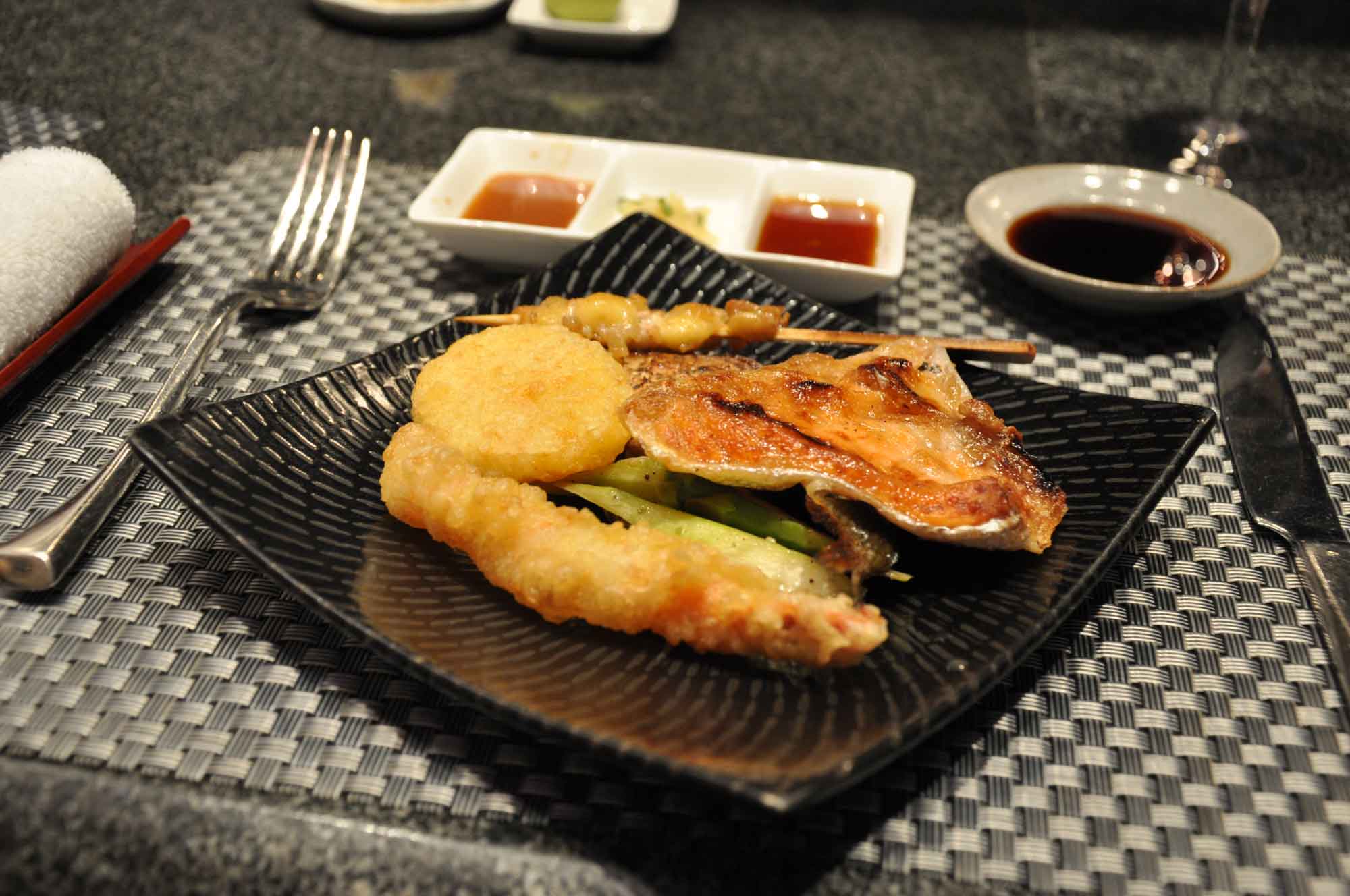 Before you let those prices scare you off, the standard price I pay in a Japanese restaurant for a la carte is usually between $400 and $500, and obviously that food isn’t unlimited. 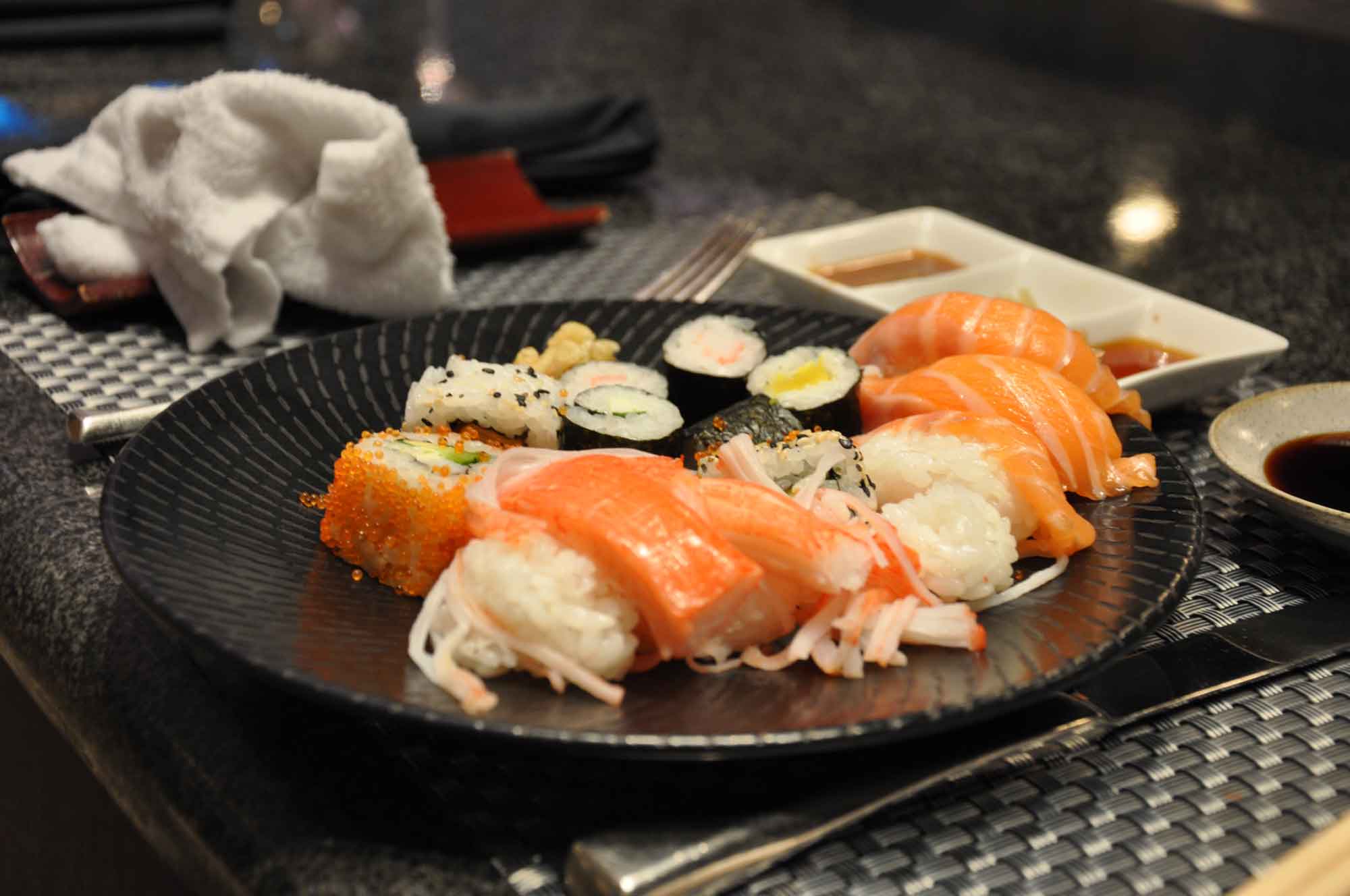 Basically, there are two questions you need to ask yourself before going to Kira: how much do you like Japanese food and how hungry are you?  Mu Yi and I intentionally only had egg tarts for lunch, so we were more than ready to go. 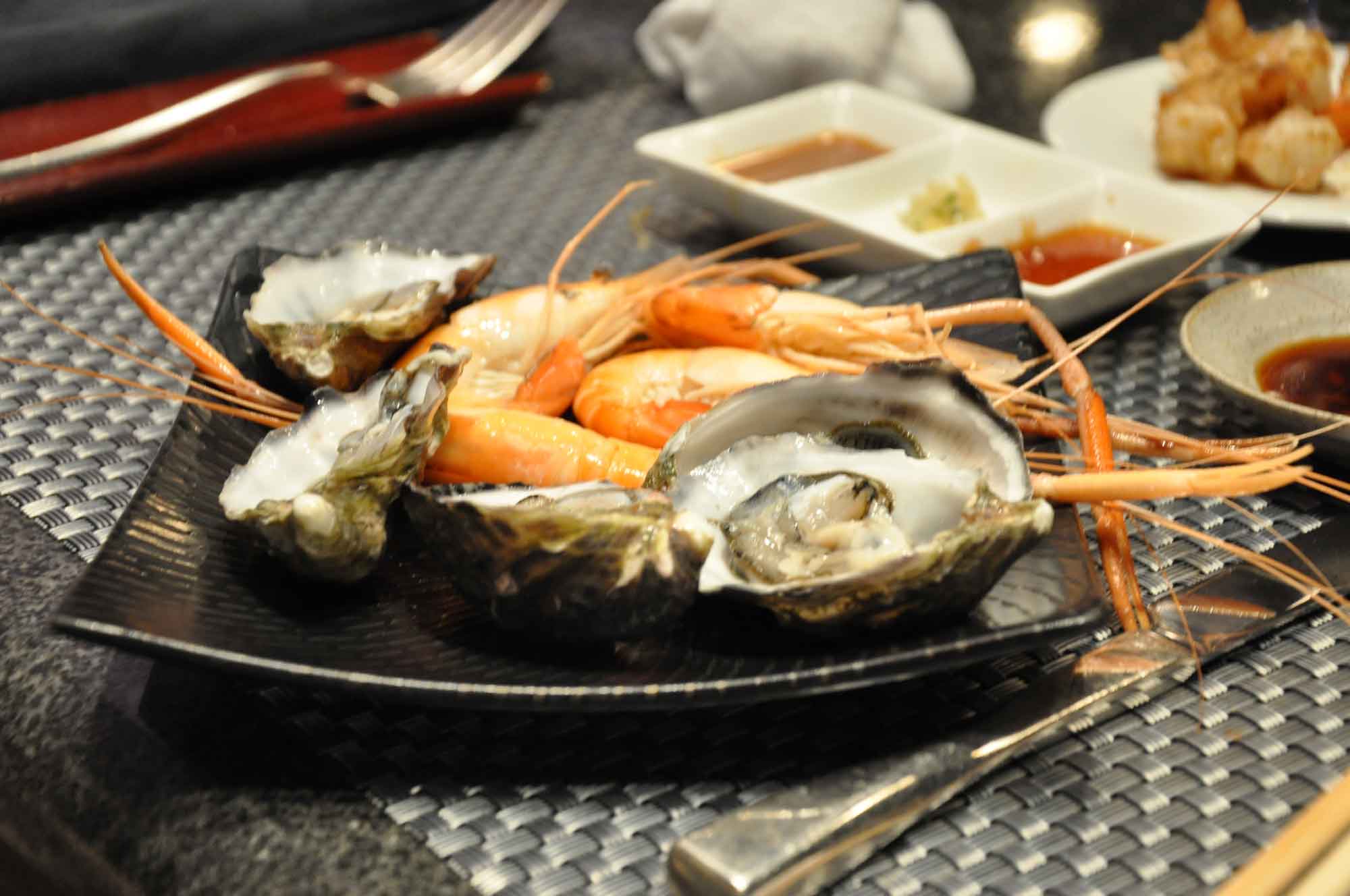 We attacked the buffet line hard, and filled our plates up without pity or remorse.  Looking at the pictures now I feel a bit like glutton in retrospect, but $1300 was no small price to pay for two, and we’d gladly do the same thing again. 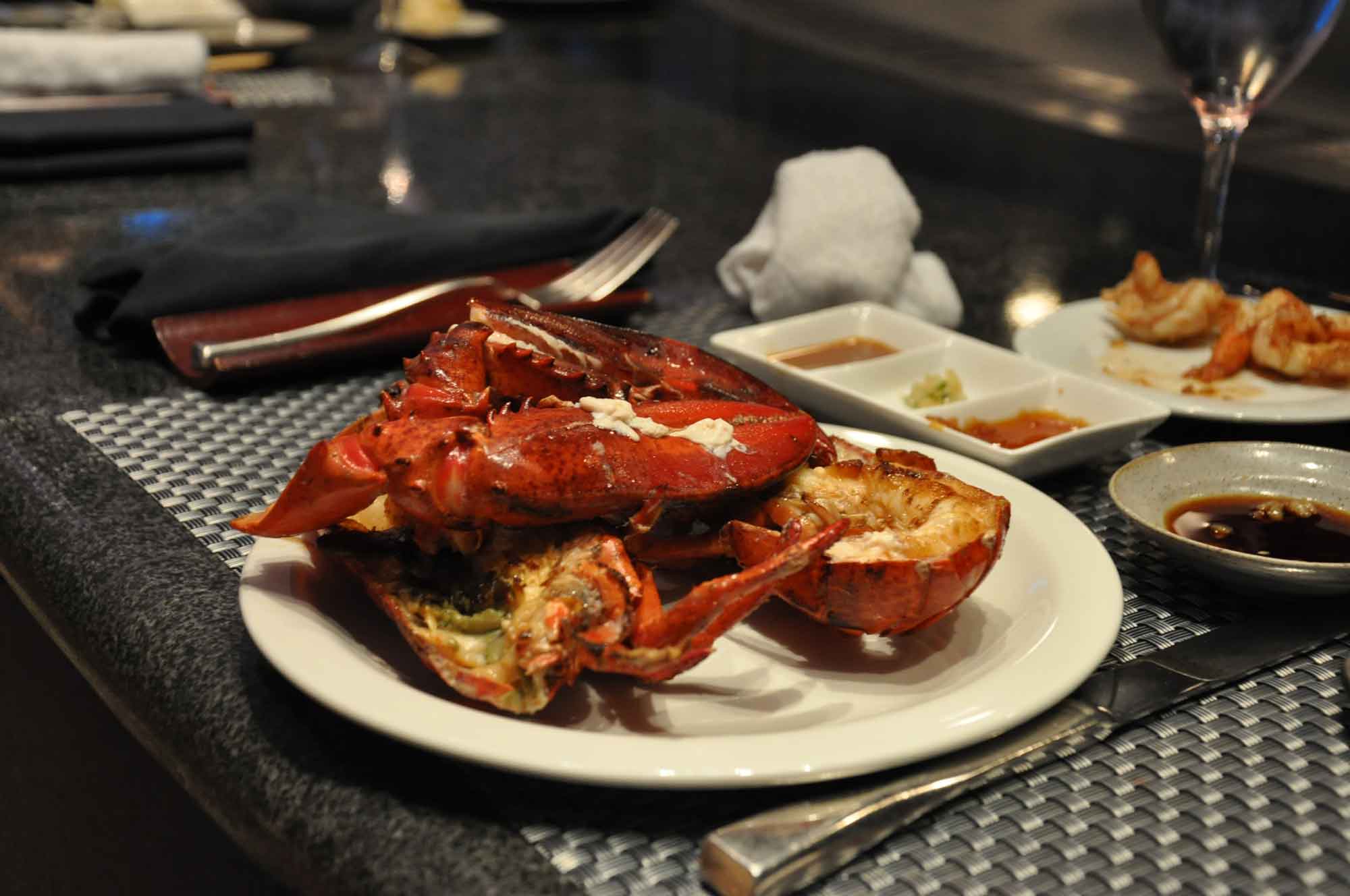 Both of us thought the variety of food offered at Kira was pretty impressive.  All of the standard Japanese dishes accounted for, namely sushi, sashimi, teppanyaki, tempura, lobster, beef, shrimp. prawns, oysters, etc.  The majority of it was seafood, and the majority of it was very good. 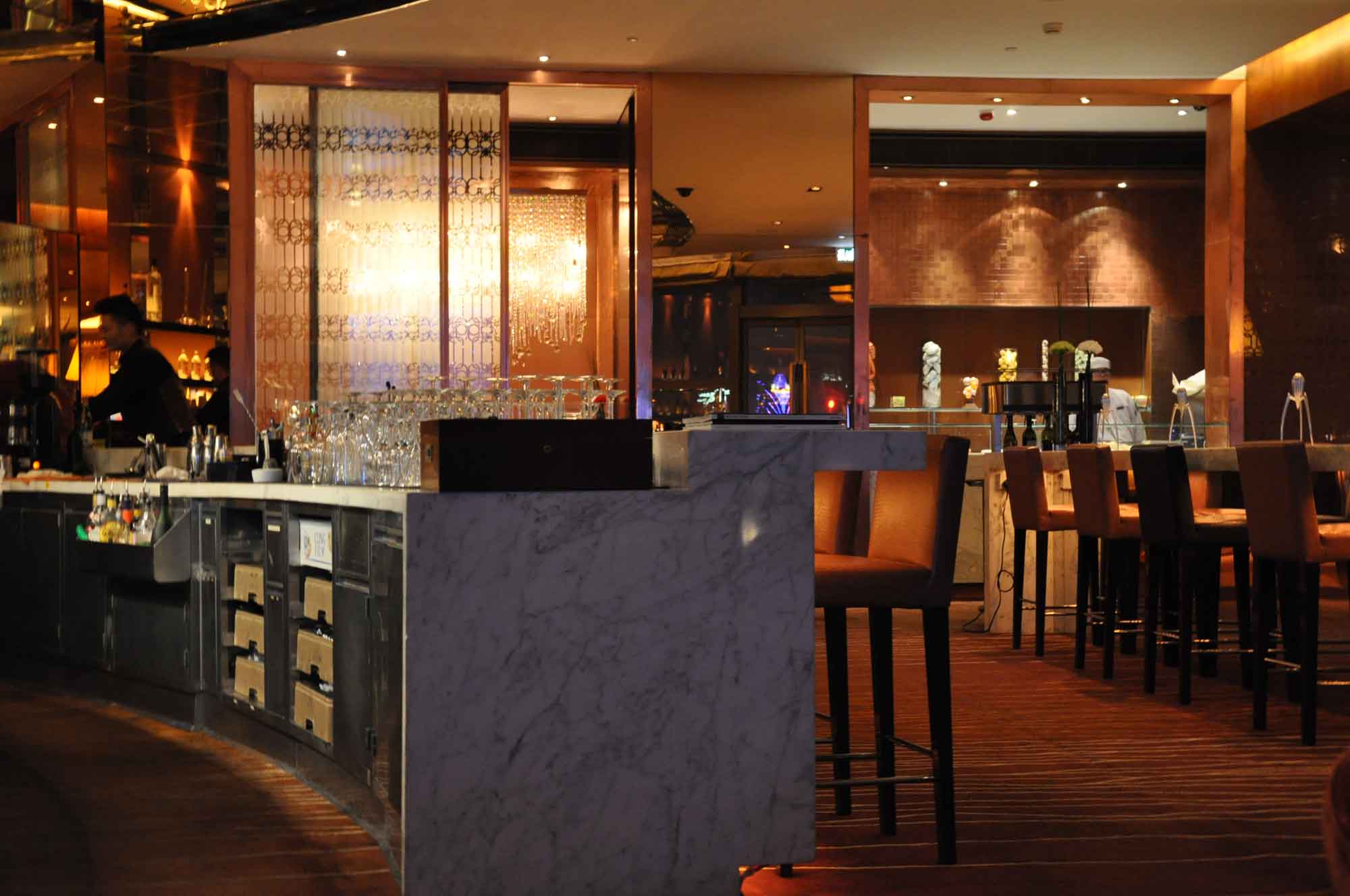 A few things like the beef, tiger prawns and lobster needed to be specially ordered from the chef, so those items took a bit more time, but there were no restrictions on how many times you could order them.  A little tip: if you want to make sure you get your money’s worth and more, then just load up on that premium fare. 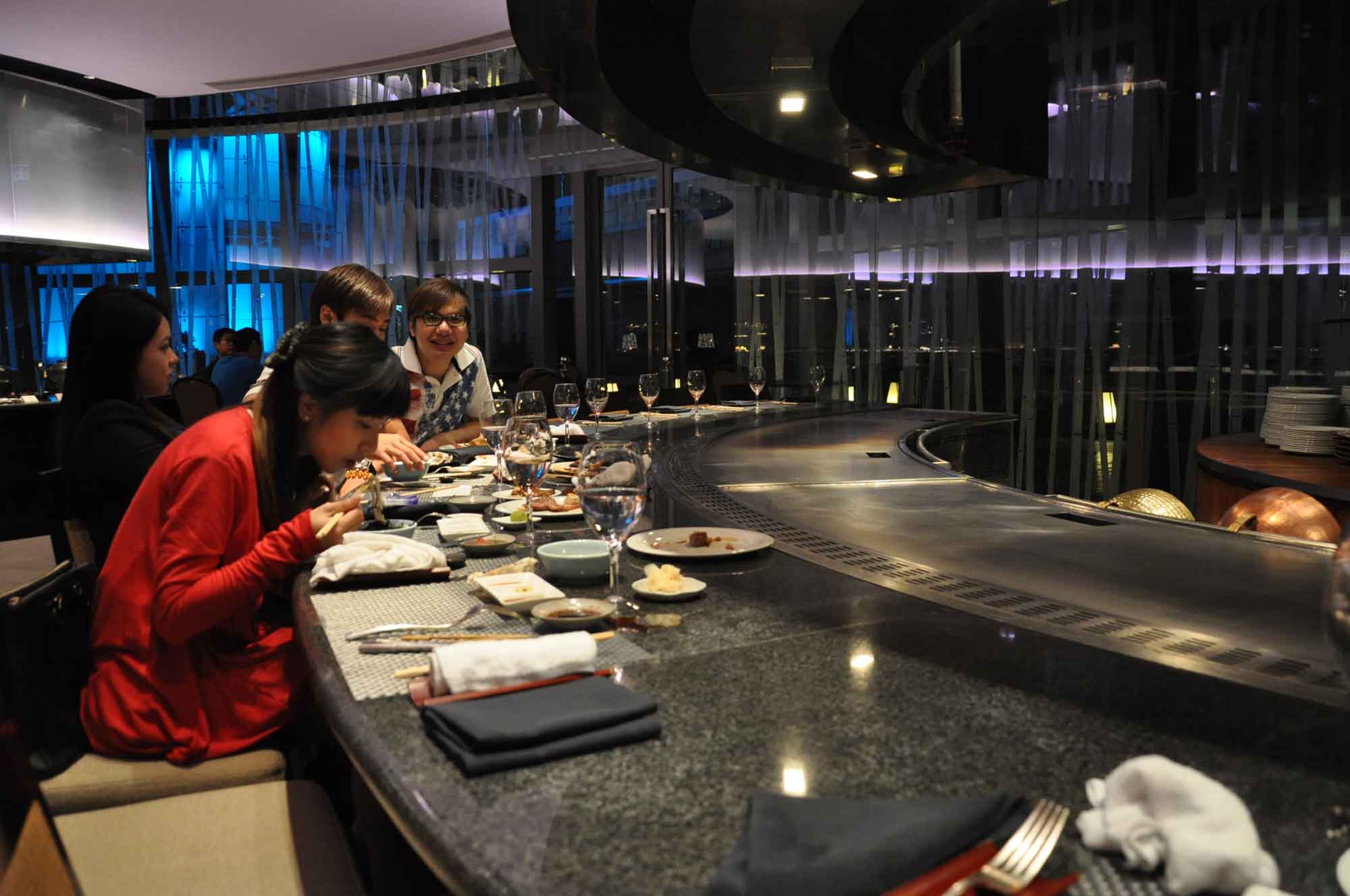 Perhaps my only complaint with the buffet was that there wasn’t much variety among the selections.  Six different kinds of sushi would have been better than the three they had, the same goes for the sashimi and the teppanyaki.  The dessert section also could have been larger and more comprehensive too.  As far as buffets go though, it’s hard to make an argument that it’s overpriced and not worth it though, considering how expensive Japanese restaurants normally are as a rule.  Just be sure you’re good and hungry though before you go.

After dinner, Mu Yi and I snuck up to the 12th floor for Altira’s excellent Italian restaurant Aurora.  Treating ourselves to nice little nightcap, I introduced her to one of my favourite white wines, the Chimera Trebbiana, which I’ve only been able to find at Aurora.  Just as we did on the first day of the first Trip Report some four months back, we drank to another very enjoyable day in Macau. 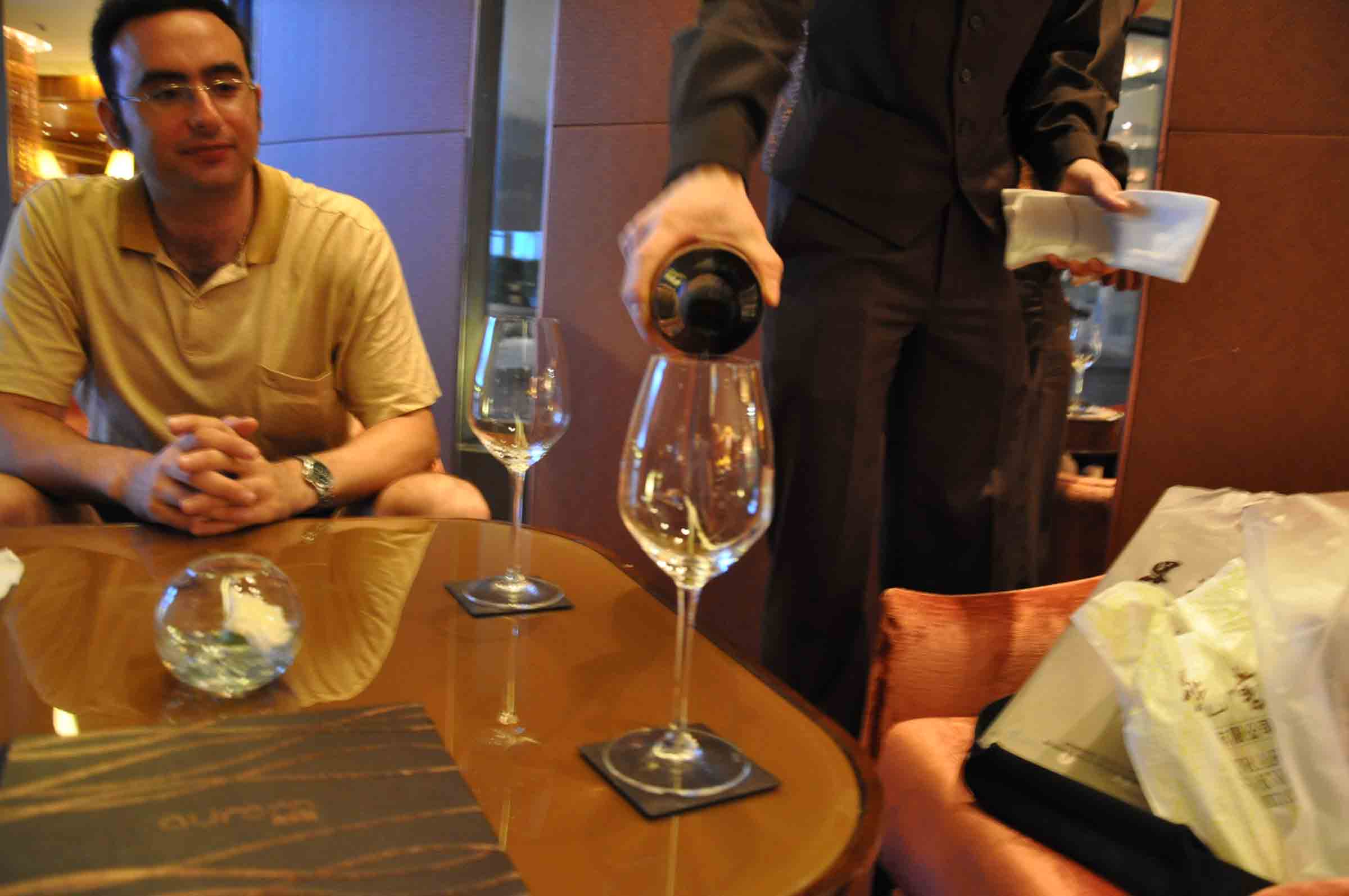