I think the first Ice World exhibition was held in 2010, while I know the second one followed in 2012, and the third in 2014.  I’m no math whiz here but I think I can spot a pattern there.  Each Ice World has had a different theme, with the third incarnation aimed exclusively at children, in the form of Dreamworks Characters. 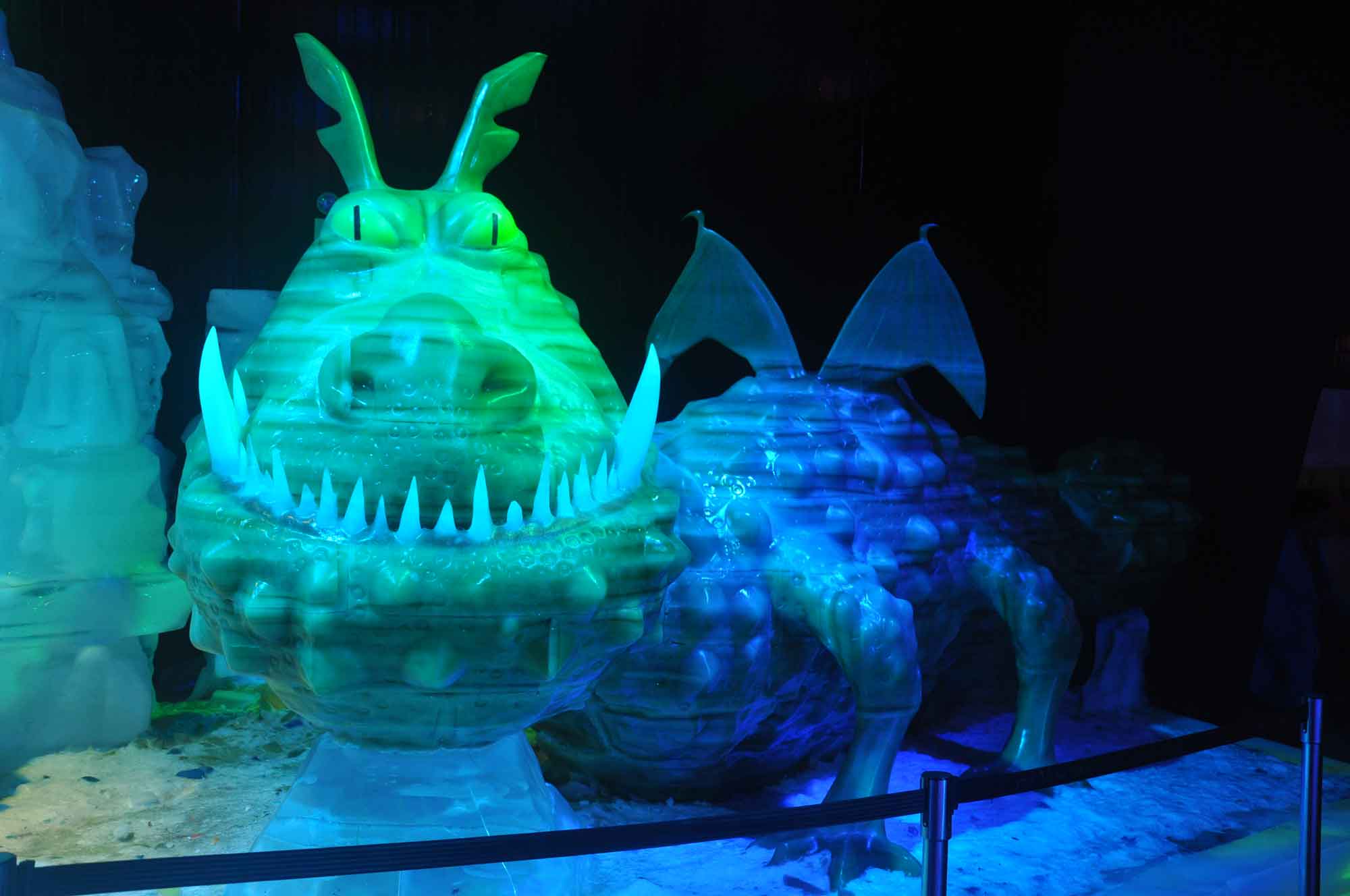 That means I basically had no idea what I was looking at, but I think I spotted Shrek, Kung Fa Panda, and the Three Pigs. 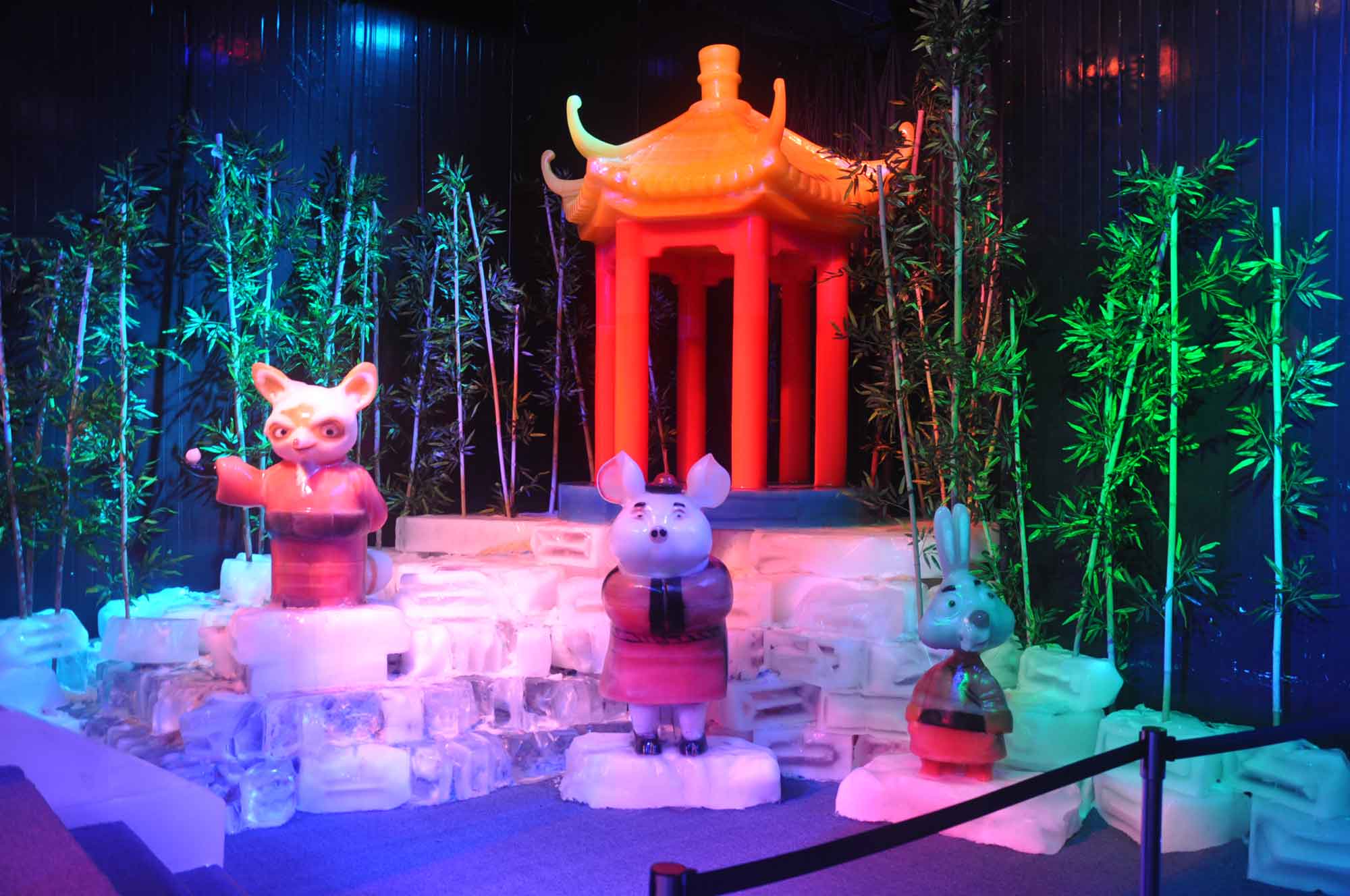 Even though Dreamwork Characters aren’t my thing, Ice World is always a fun event worth visiting and the price was right, only $100 MOP. 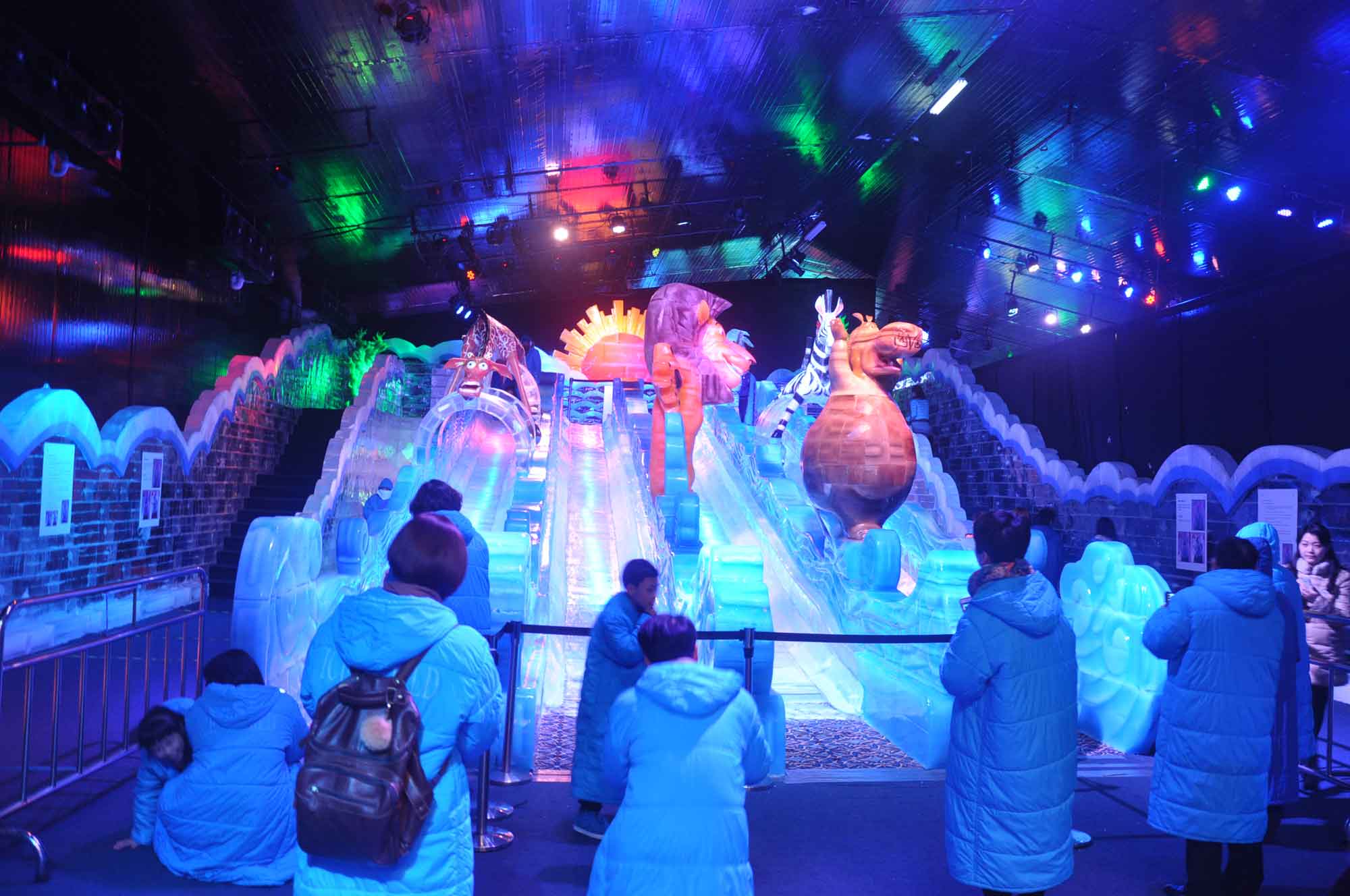 As I’ve said a few times on this site, anything that caters toward children in Macau should be commended almost regardless of the quality, because there really isn’t enough for them to do here. 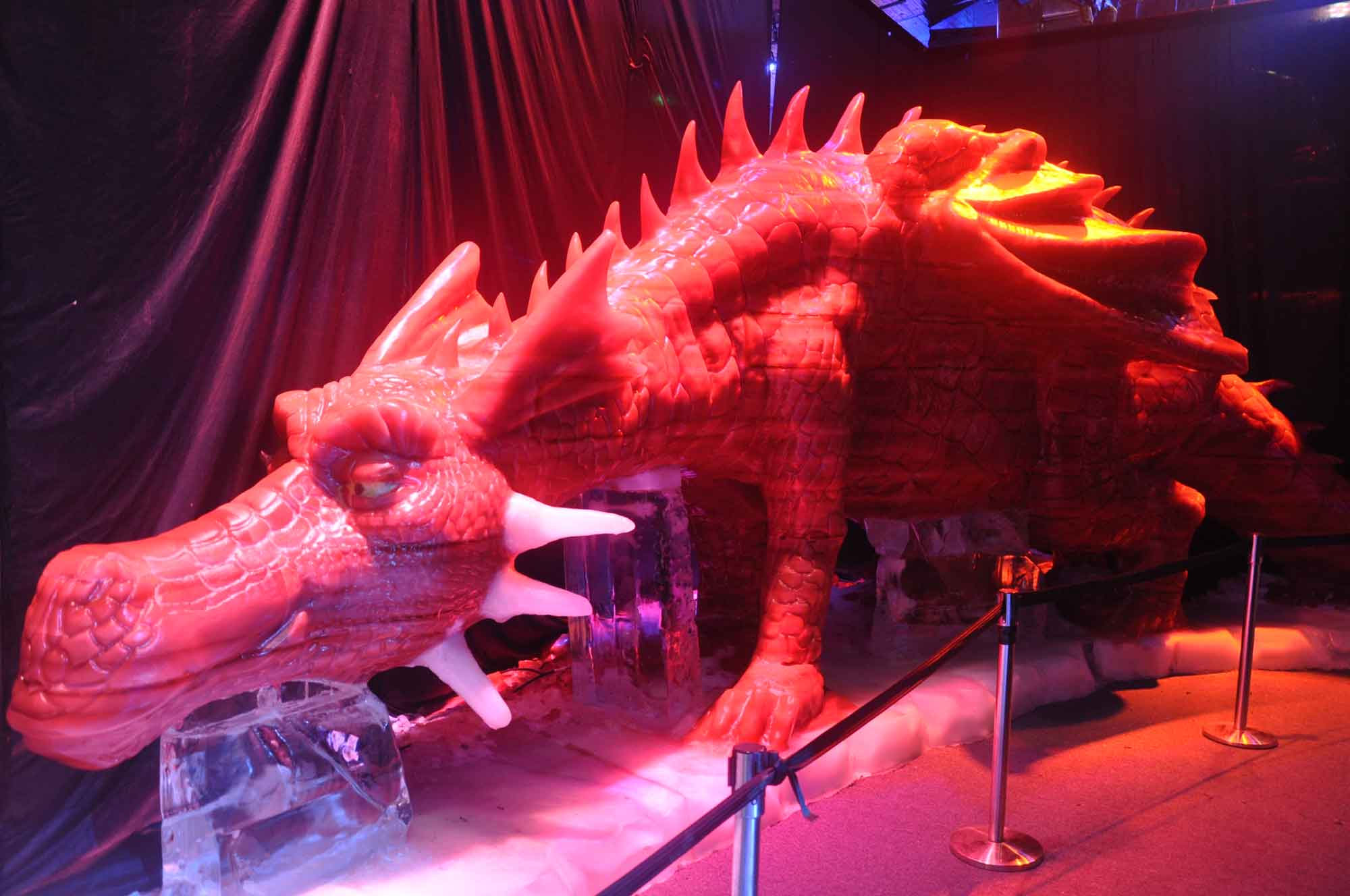 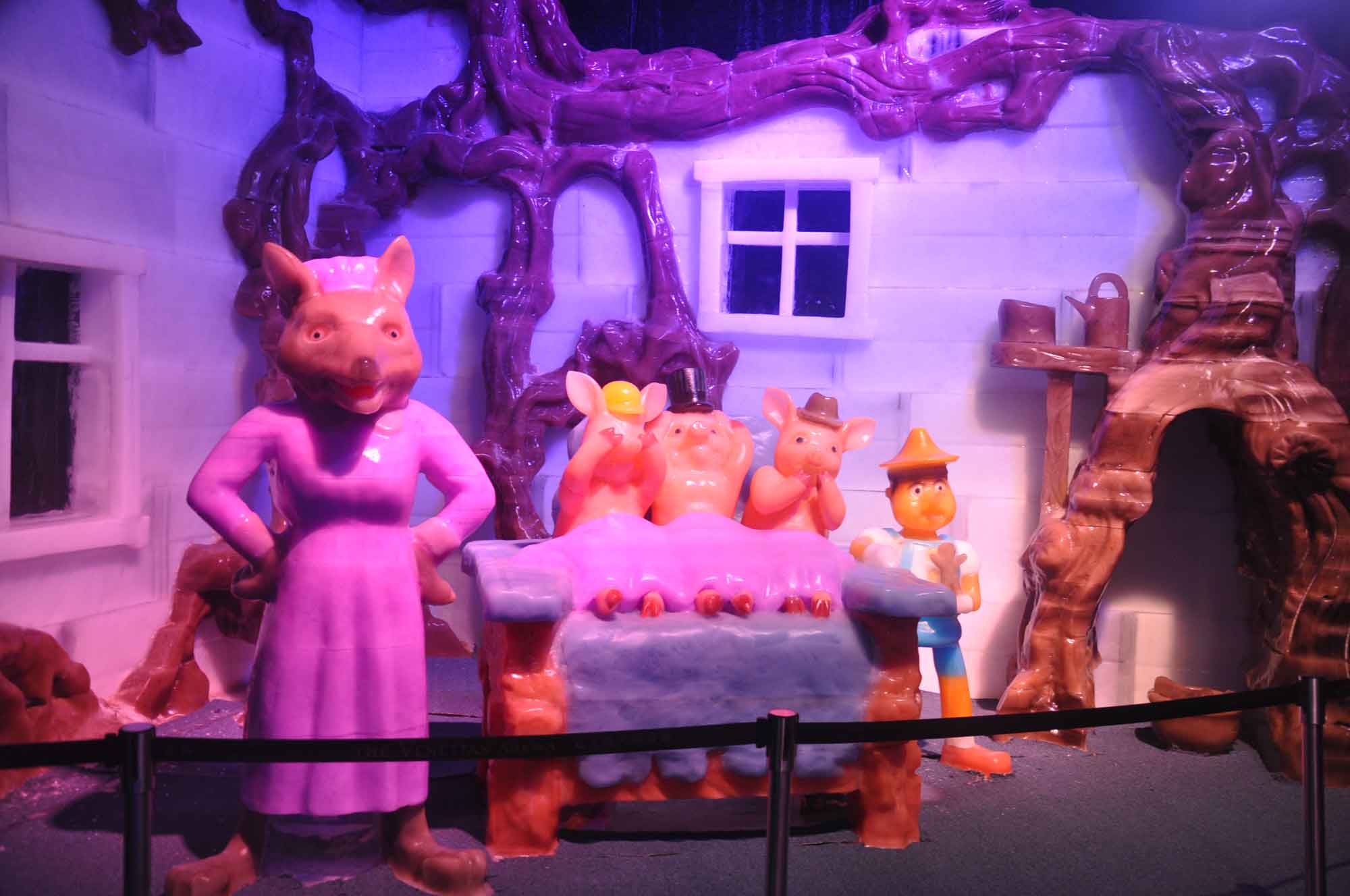 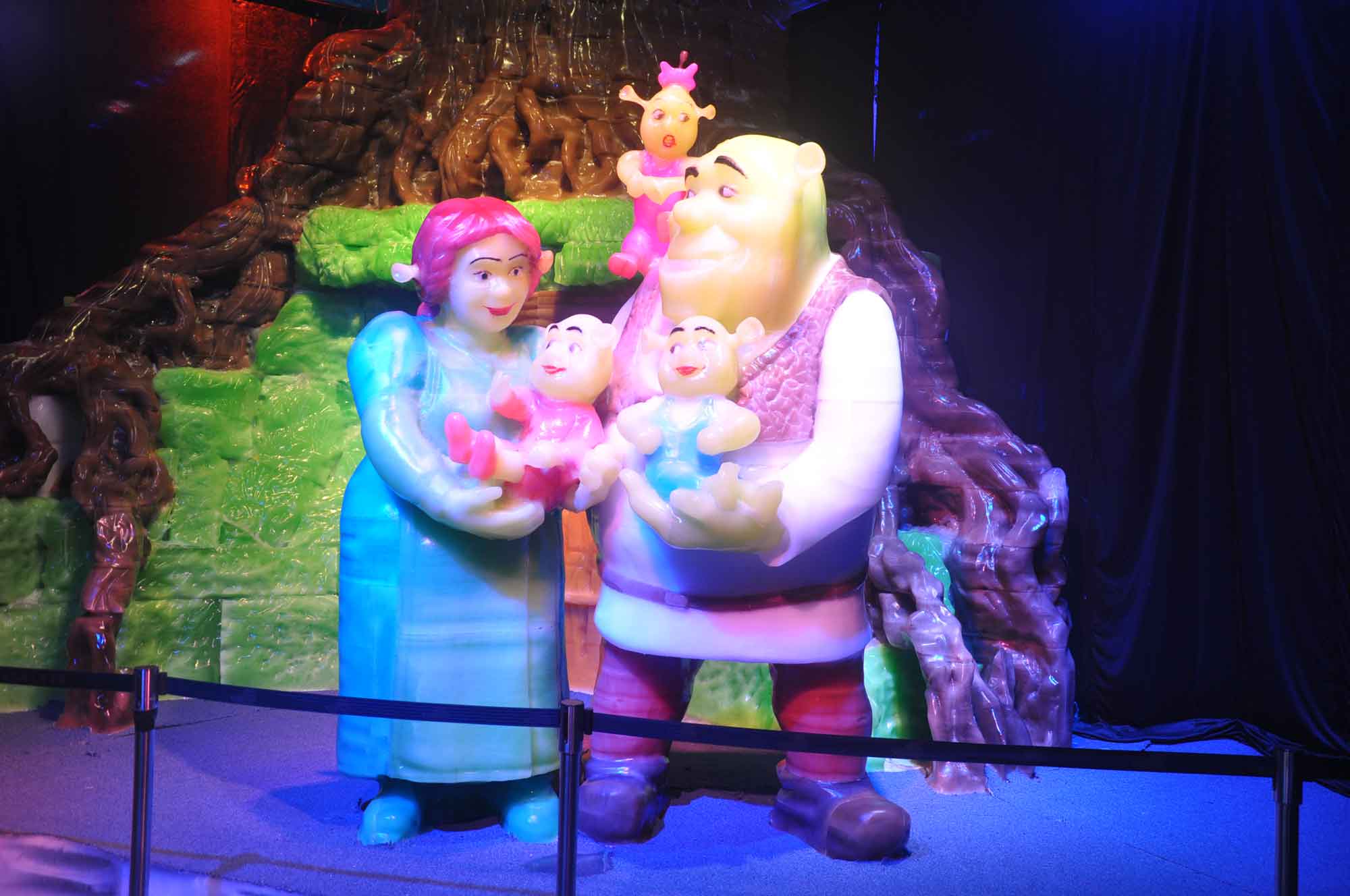 After the exhibition I walked over to the City of Dreams and hopped a free bus back to the Sintra Hotel.  Free casino buses rock!

Dinner that evening would be at a seafood restaurant on the Street of Happiness, Southwest.  According to my guidebook, here’s the backstory. 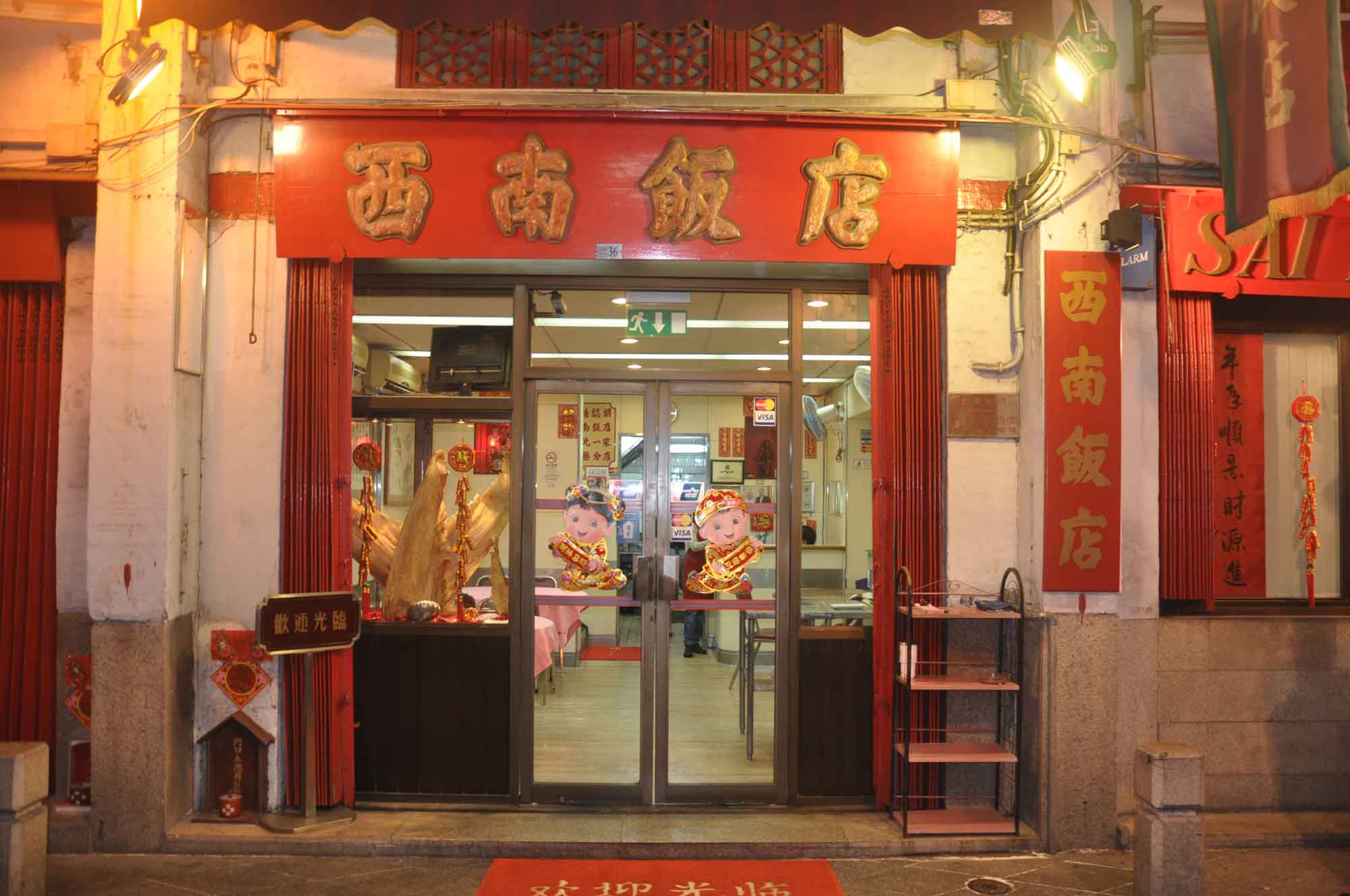 It’s owned by a Mr Tong who came to Macau with his family when he was only 12.  With Macau in dire economic straits at that time, life was not easy for him.  Being the oldest son, Tong felt an obligation to earn money to help his family and worked a number of jobs, such as shoeshiner and garbage collector.  In particularly difficult times, he even took to begging on the street.  Some years later, he started working in a restaurant where he was not paid for his services, only fed.  Tong’s hard work and perseverance impressed his boss, who made him a chef’s apprentice.

In 1967, Tong’s boss left Macau and sold the restaurant to him, allowing Tong to pay the $10,000 back once he could afford to do so.  Business was not so good at the beginning, but Tong’s determination kept the restaurant afloat.  He inspected the ingredients daily and made sure the food was always of the highest quality.  Southwest achieved more and more recognition and reputation through the years, and is now a well known shark’s fin restaurant in Macau and Hong Kong. 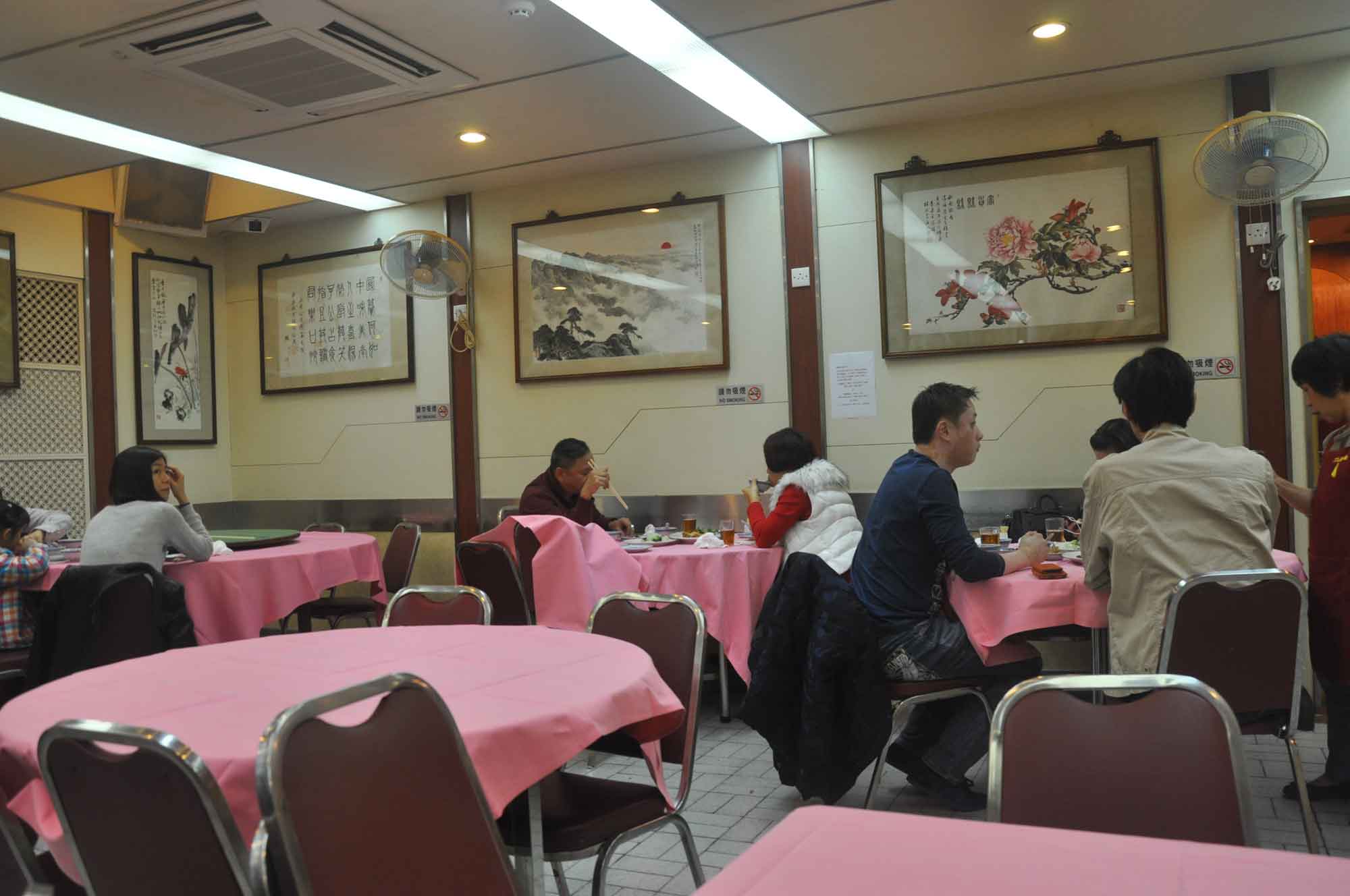 I don’t know about that last line.  I’ve walked by Southwest a million times and never saw anyone in it.  If it’s so well known then where are all the people?  Before going I had a bad feeling about the place and true to form, my meal there was atrocious, possibly the worst I’ve ever had in Macau.

If there was a government bureau I could complain to about being cheated, then I would have done so right away.  I spent $961 in total for what I considered to be nothing – a fish with no taste and one small lobster that was neither here nor there.

After asking the waitress about the fish and why it had no taste, she answered that all fish have no taste, because it’s just flesh.  Really?  Fish has no taste?   Then why don’t I just go outside and eat some dirt then?

At Southwest not only does the food insult you, but the staff does too.  And I wasn’t the only one.  There were at least three other tables who were all unhappy about one thing or another, whether it be the food, service or the drinks.  One table full of Malaysians were so incensed that they asked for a refund, which of course, was denied.

I’m not going to waste anymore time writing about Southwest because the restaurant is completely irrelevant.  There’s a ton of seafood on the menu, but 80% isn’t available.  Bland fish costs $700, but hey, at least the sauce tastes okay.  Small lobster runs $140 and is completely forgettable.  I advise you to do the same.  Leave Southwest to the ignorant because those are the only people who would ever go there.  And once they learn, they don’t go again.

You know what the icing on the cake was?  When the bill came out to $961, I gave $1000 and asked for $40 back, just so I wouldn’t get nine $1 coins.  The waitress just shook her head and said no, then sent me packing with a pocketful of change.  As I walked back to the Sintra I saw the Grand Lisboa in the distance and it dawned on me that I’d spent almost as much at Southwest for one than I did at the 8 for two, which is unfathomable.  And as I write about it now, I’m still disgusted.

Ladies and gentlemen, no two ways about it, Southwest is a deplorable place.