After our afternoon of high culture we had to make it over to the Wynn Macau for an Italian dinner.  In between we ran into a nice little urban park about halfway there, right where the statue of A Ma is. 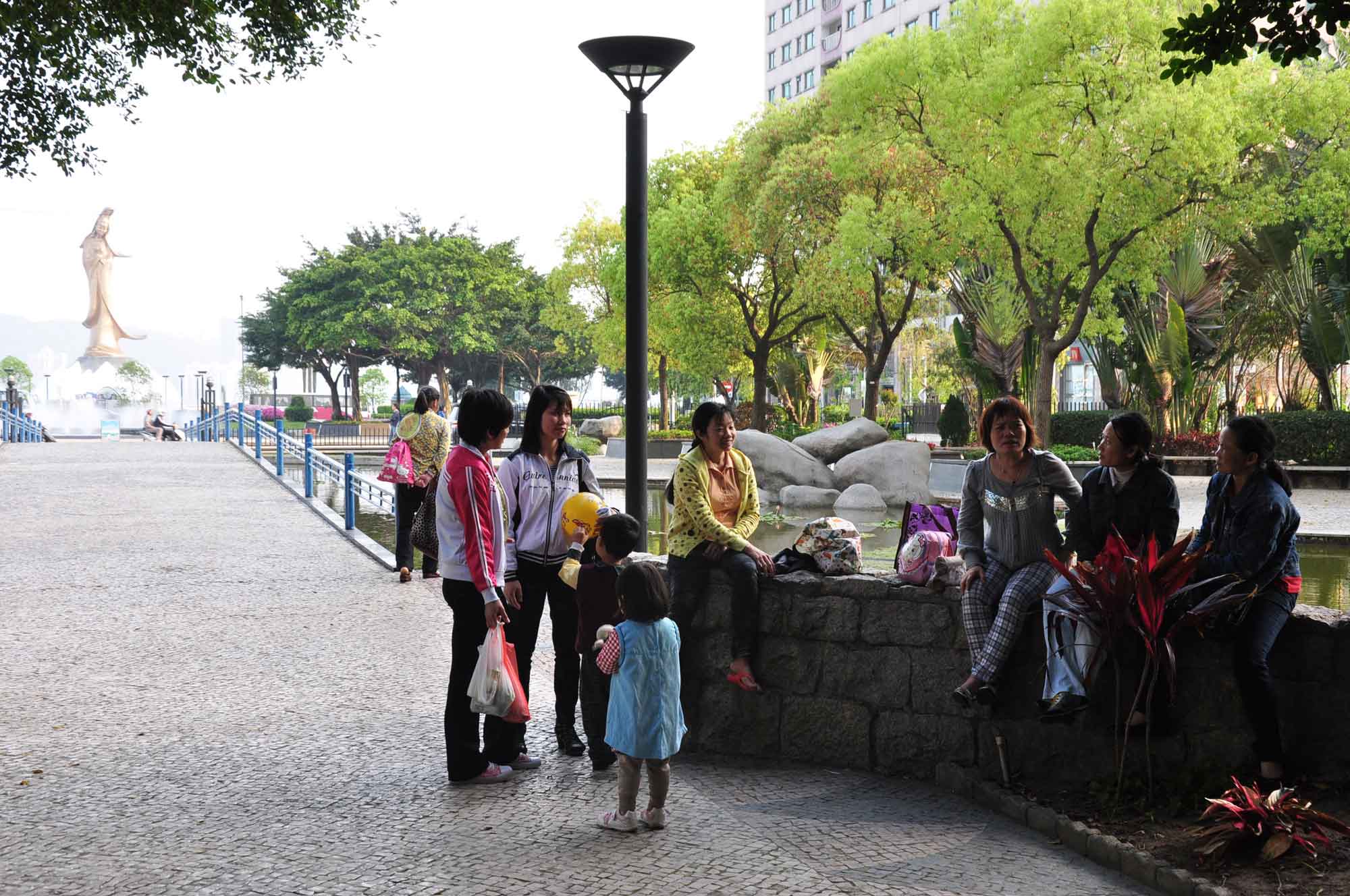 Dr Carlos Assumpacao Park, I didn’t know you were so nice! 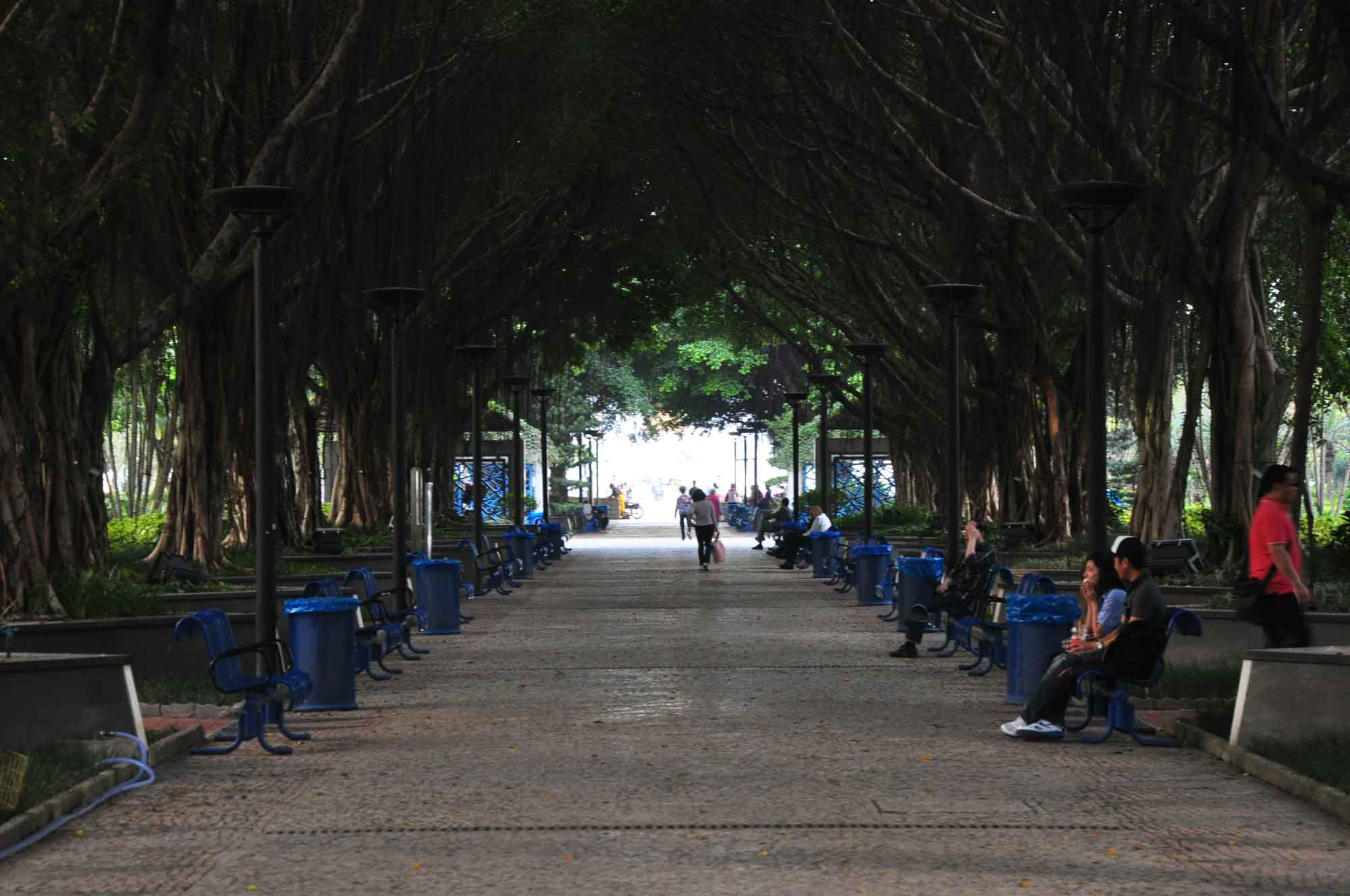 After the lunch at Robuchon I was a little wary of what to expect at Il Treato.  Would it be another overpriced rip off in the name of Fine dining?

Italian restaurants on the whole usually scare me too, since I don’t like cheese, and that’s their main ingredient in basically EVERYTHING. 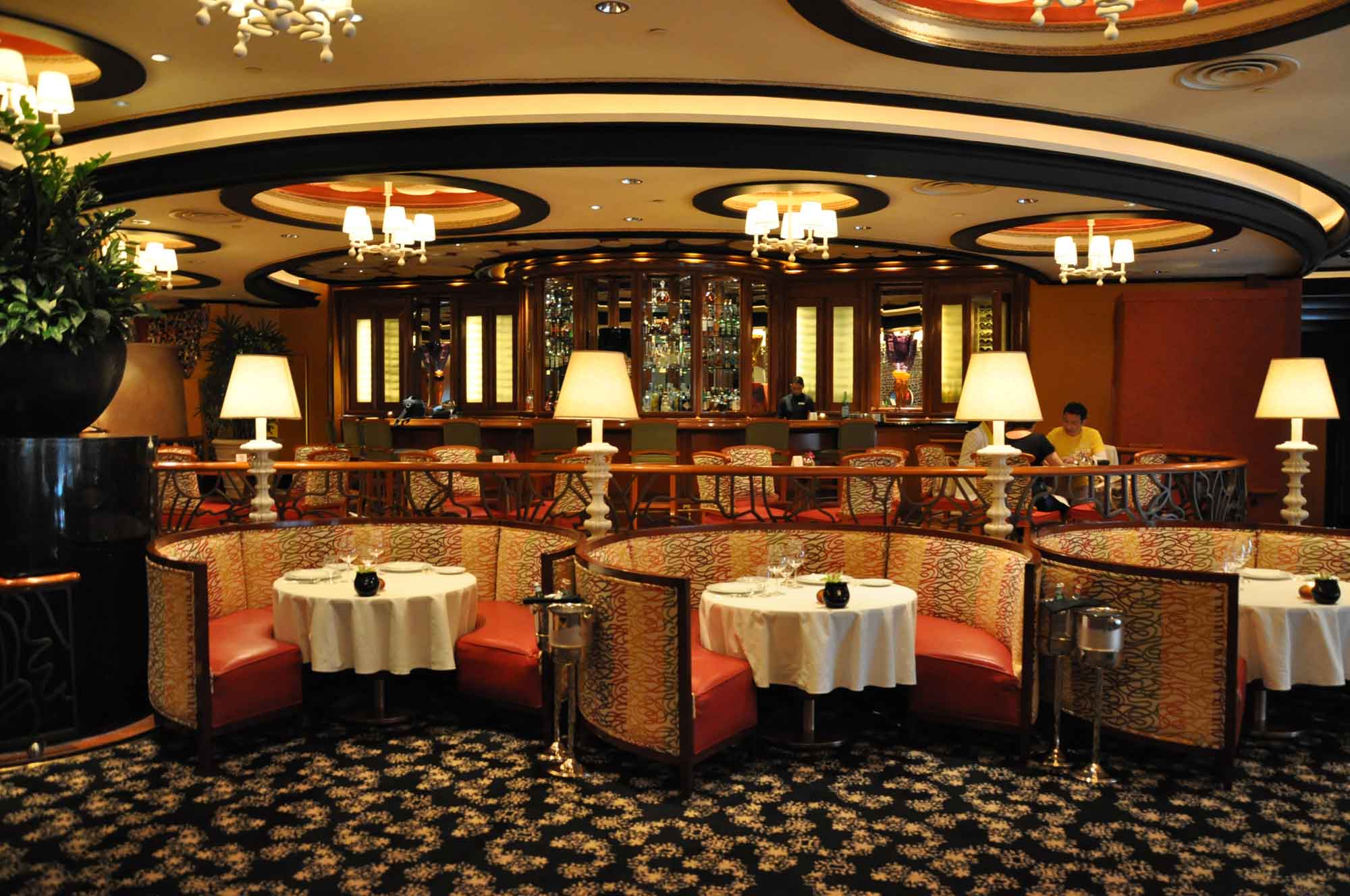 Before I walk in I know I can’t touch their set meals and probably 75% of their dishes. 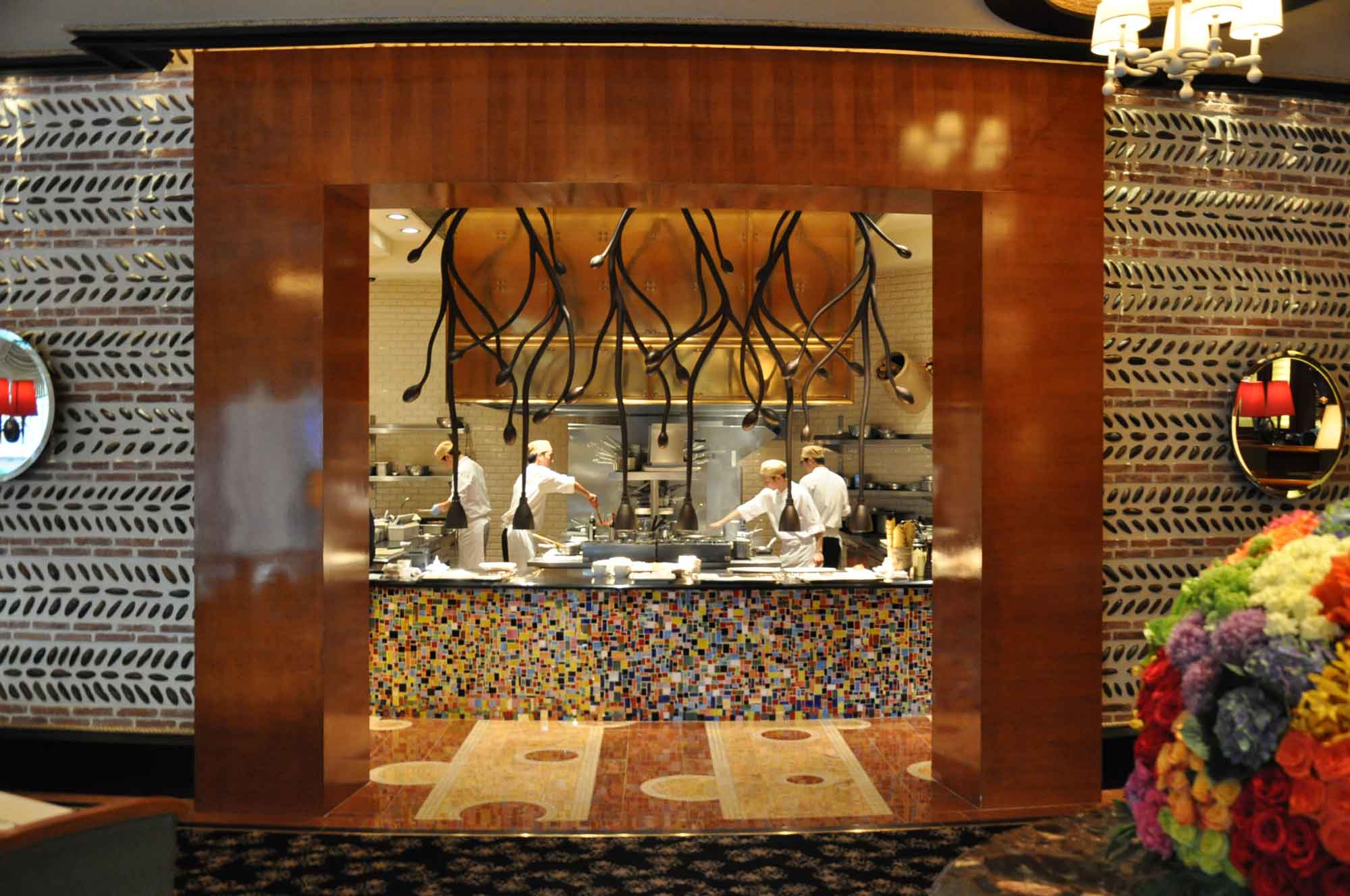 With that being said, our dinner at Il Treato was wonderful. 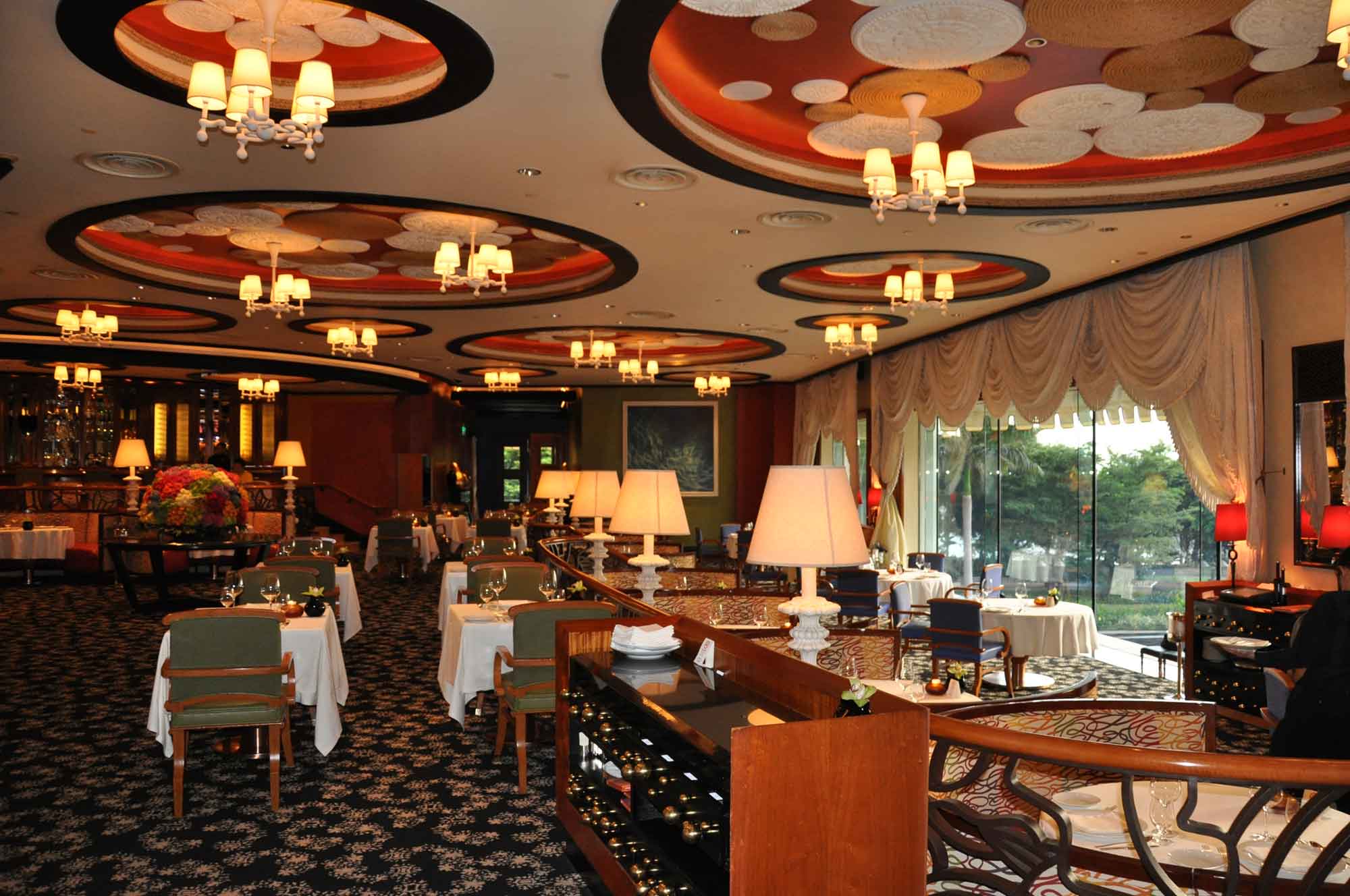 Mu Yi and I both tried a different salad, shared a soup and then dug into a succulent main course meat dish, which meant steak for me and lamb for the lady.

Everything we tried was very tasty and the servings were fairly large too, almost as large as at Litoral.

Service was exemplary and we also had great views of the water show that happens outside in the Wynn Performance Lake.

After taxes our bill came to $1579.  While I would say the food was probably as good as at Litoral, it cost twice as much.  In my book, 4 star food at 5 star prices, makes for 3 stars overall.  The food is good at Il Treato, just not worth that much.  At least I walked out full though, and in a good mood for the evening’s performance.

Looking for the Vegas of the East in Macau?  Entertainment wise, you’re not going to find it.  Zaia bombed at the Venetian, ending its run about three years early, leaving the House of Dancing Water as the only large scale show in town.  Very popular with visitors, the theatre is almost always at 90% capacity, if not sold out.  True to form, the night we were there, the place was packed.  (For pictures, please click my entertainment review here: House of Dancing Water.)

Tickets range from $480 to $1380, and we had the second cheapest ones, going for $680 a pop.  If I were to go again though, I’d go straight for the $480 ones, because I don’t think there’s a bad seat in the house.  You might want to avoid the lower rows if you can though, as a few poor unfortunate souls get pretty wet there throughout the course of the show.

I don’t know what disappointed me more during the day, Robuchon Au Dome or the House of Dancing Water.  Throughout most of the 90 minute performance I felt very bored and couldn’t wait for it to end.  While the stunts were good, especially the motorcycle jumps and some of the diving, there was no story to tie everything all together.   I didn’t know what one character had to do with another, who was who, where they were or what the point was.  The story just jumped from scene to scene, stunt to stunt, performer to performer, like you were watching a circus performance.  On a scale of 1 to 5, I give the special effects a 4, the story a 0, for an overall score of 2.

Mu Yi, on the other hand, loved it.  She thought it was one of the greatest things she’d ever seen.  In her words, “Cute, funny and the acrobats were amazing.  Good choreographed dancing, and the special effects were sinister.”  More than that, she said there was a story, that a Chinese would understand what was going on.  Maybe, but after I pressed her about a few details, she couldn’t really answer.  And that’s when she said she didn’t have to have any answers, the performance was fantastic throughout and it was easily 5 stars.  I think if I knew what was going on, then I probably would have given the show 5 stars too.

That wrapped up our second day!  One more to go!