Our second day would be far less hectic than our first.  We had a new hotel to check into, the very exclusive Pousada de Sao Tiago at the base of Barra Hill, before doing lunch at their highly acclaimed Spanish restaurant, La Paloma.  In the afternoon we’d head down to Taipa for the Minority Sculptures Exhibition Park, located beside the airport.  Our day would finish up with dinner at MGM’s signature French restaurant, Aux Beaux Arts.  We started, however, by taking a walk up San Ma Lo for the Leal Senado Building, Macau’s municipal government headquarters. 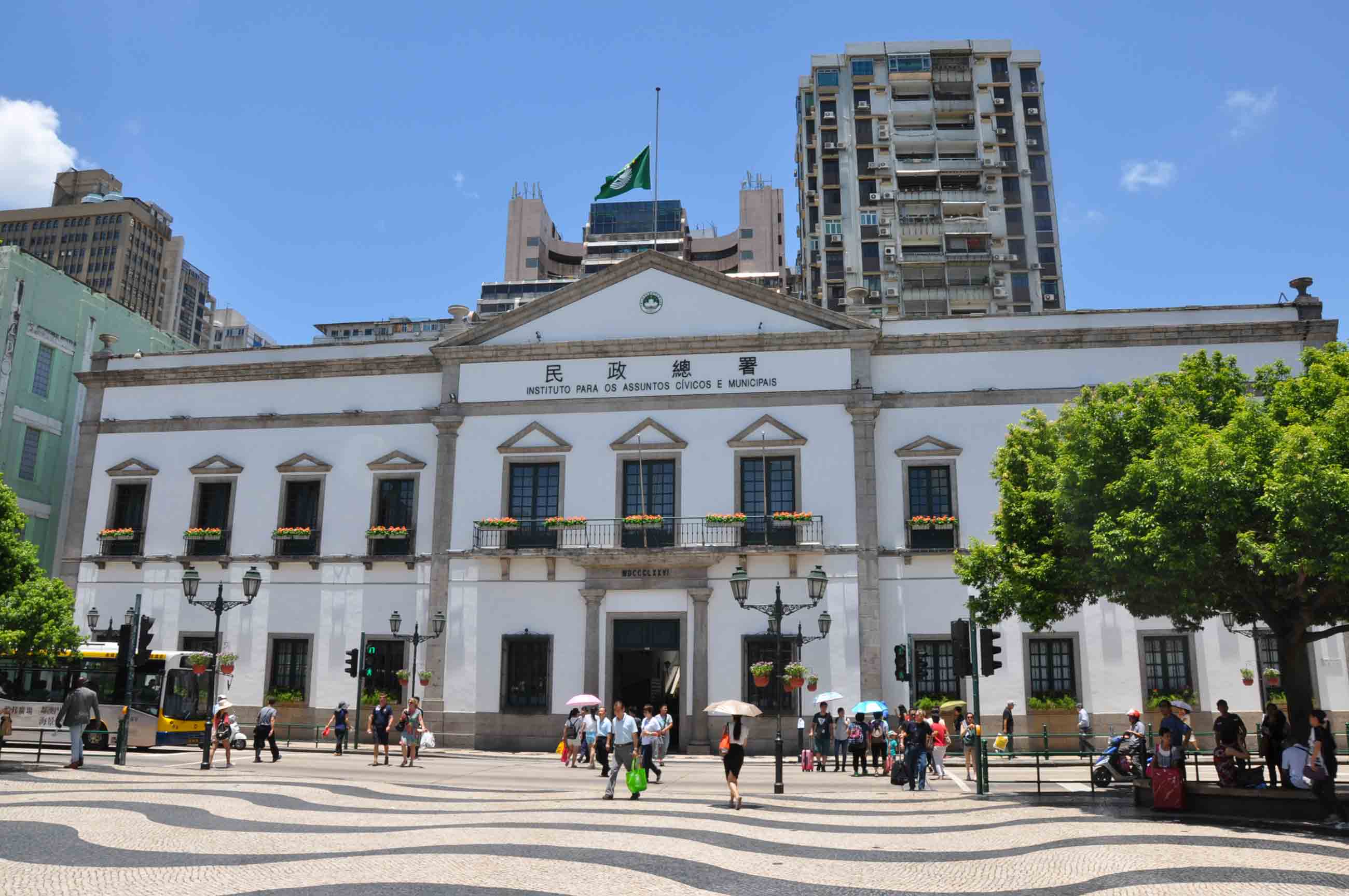 The Leal Senado Building is not only is the home of local politics, but also of frequent exhibitions, and we were very lucky to have seen local painter Lio Man Cheong’s excellent works on display that day.  The theme of the exhibition was Macau and I thought his best paintings captured the city and what if feels like to be in it rather brilliantly.

On the one hand, there were straight up renderings of local people and famous places like Penha Church and St. Anthony’s Church that were overtly pleasant and optimistic.

Penha Church is covered in bright light, a picture of pristine beauty, a beacon of hope on top of the city.

Old men from Camoes Park smile in the late afternoon, care free and content, a bird cage in the background.

A street parade in Coloane Village is about to whisk around the corner and light up the day, depicted in thick muddy red and passionate orange.

In other works, however, especially of street scenes and other isolated landmarks, a more melancholy side to the city was revealed.  There was the impenetrable cold grey of a Monte Fort cannon pointing straight out into nothingness, abandoned and alone.

Na Cha Temple scowls dark and defiant, a pillar of strength and poverty at the same time.

Women kneel outside a shop on the Road of Merchants, Rua dos Mercadores, plying their trade on a street that slips into grey; the buildings opposite them indistinct and blurred with intermittent streaks of red, which are faded and unfinished.  Man Cheong doesn’t even bother completing them, they’re that insignificant.

Does he show the front of St Paul’s?  No, he shows the back, perhaps saying to everyone, our great treasure, our most important landmark, the symbol of our city, is a facade.  It’s just ruins.  The glory is gone.

There were 3 or 4 other really good paintings, much larger works, but the security guard wouldn’t let us take pictures of them, so you’ll have to do with the selection I provided above.

Just because we can, I’d like to fast forward in time a little bit all the way to 2020, when the same artist had another exhibition at the Old Ladies Home.  The subjects were more diverse this time, with inspiration drawn from places both in and out of Macau. 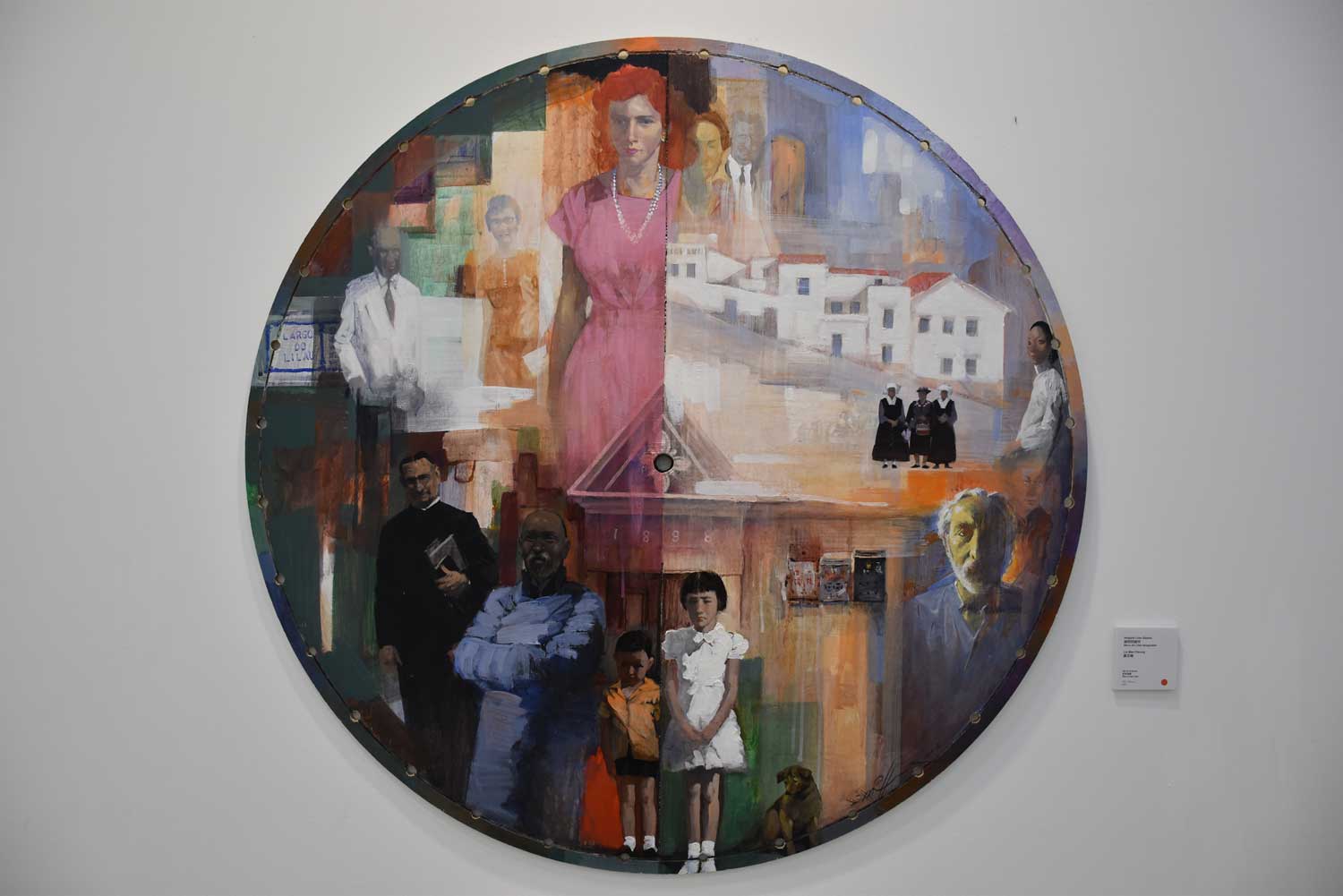 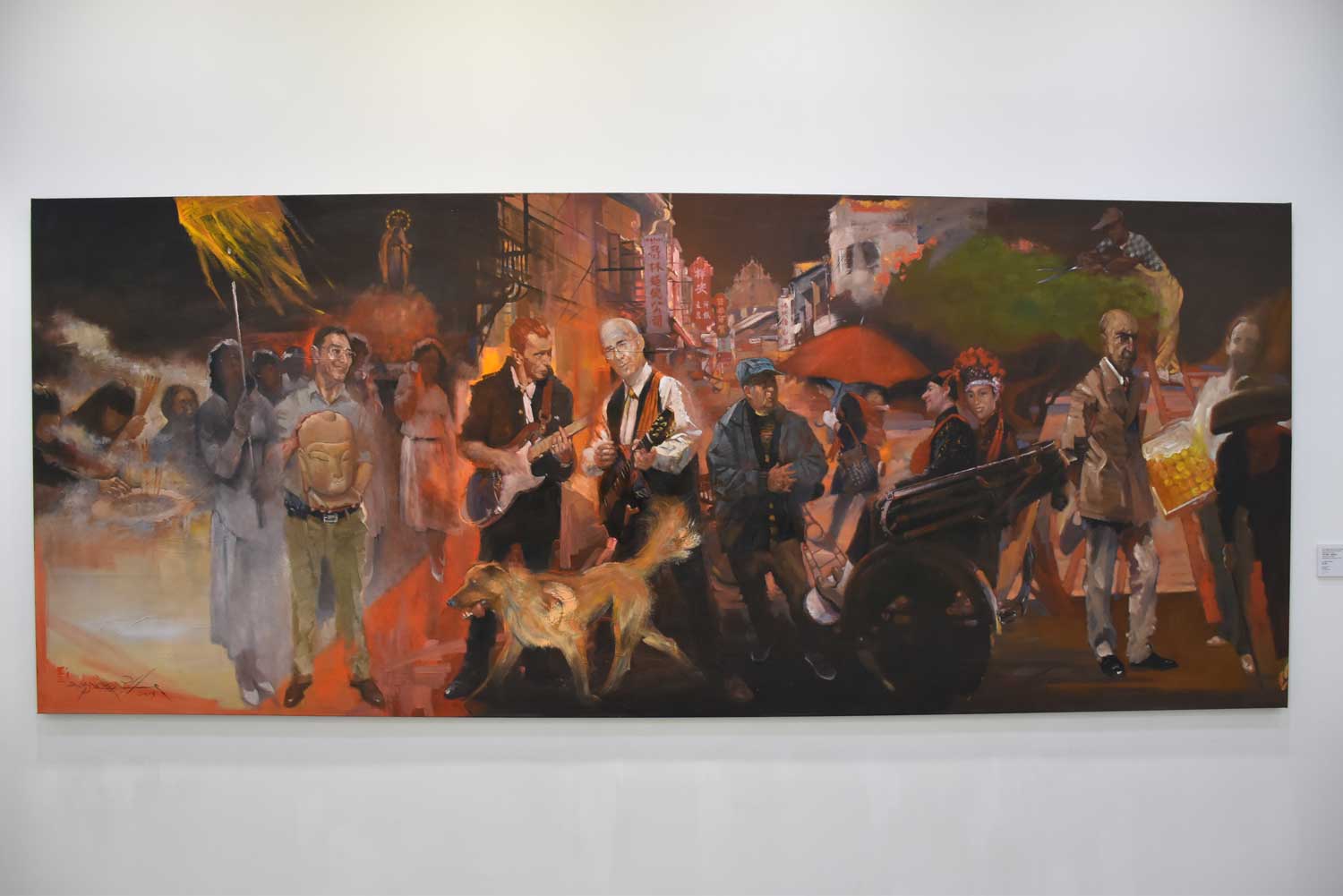 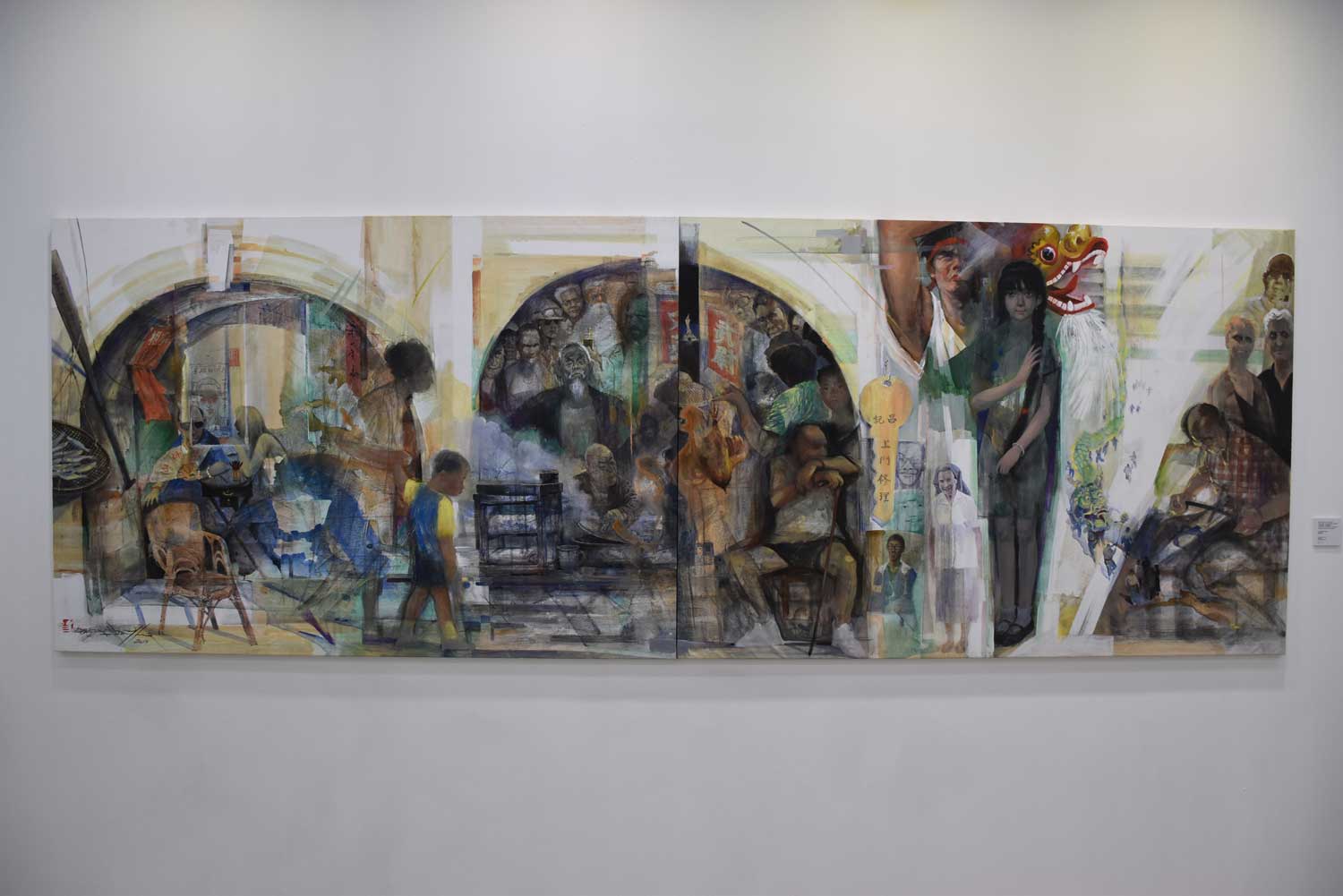