The park opposite Our Lady of Carmel Church served as the outdoor restaurant for the festival, with the catering provided by Antonio restaurant. 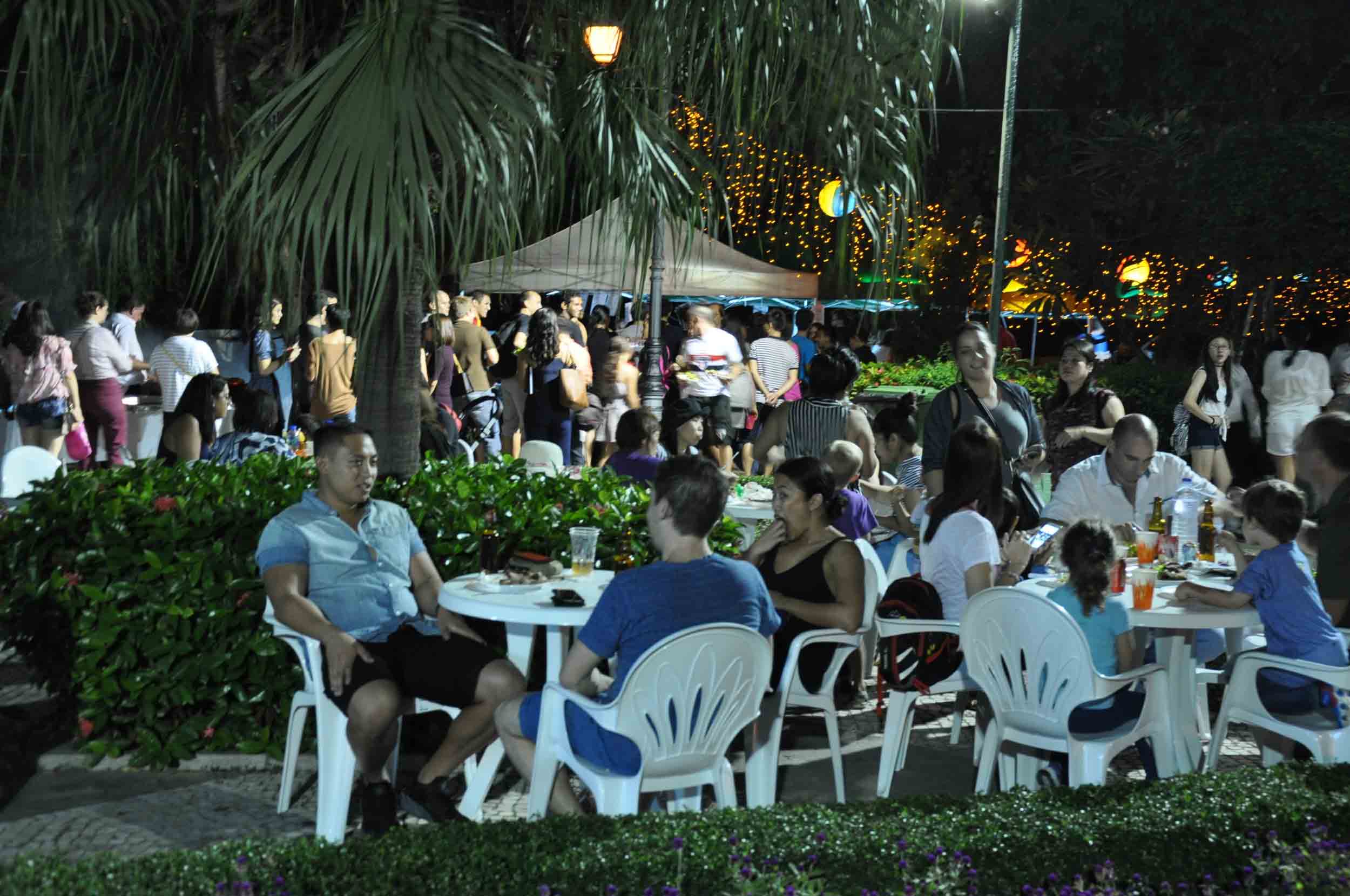 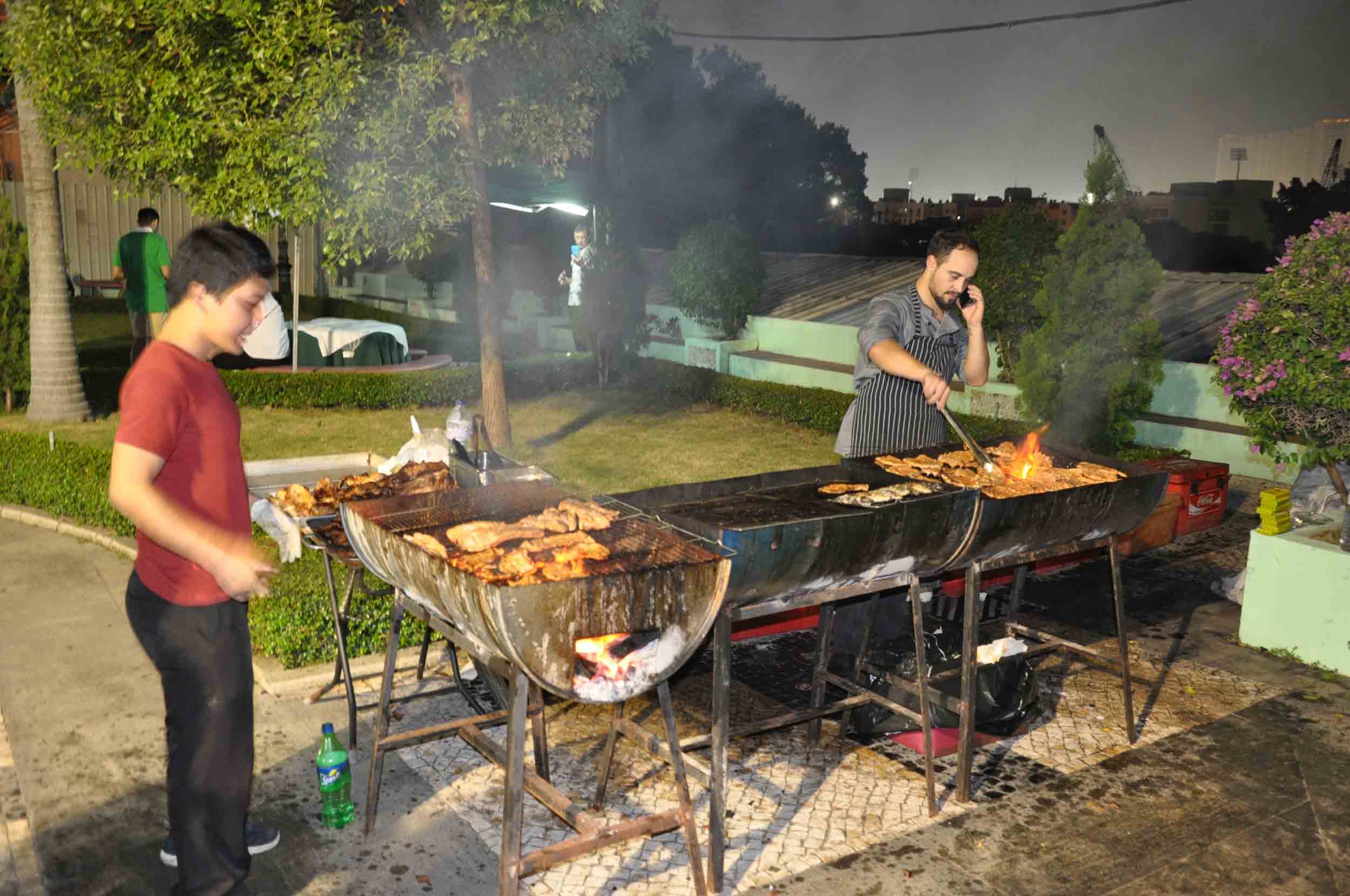 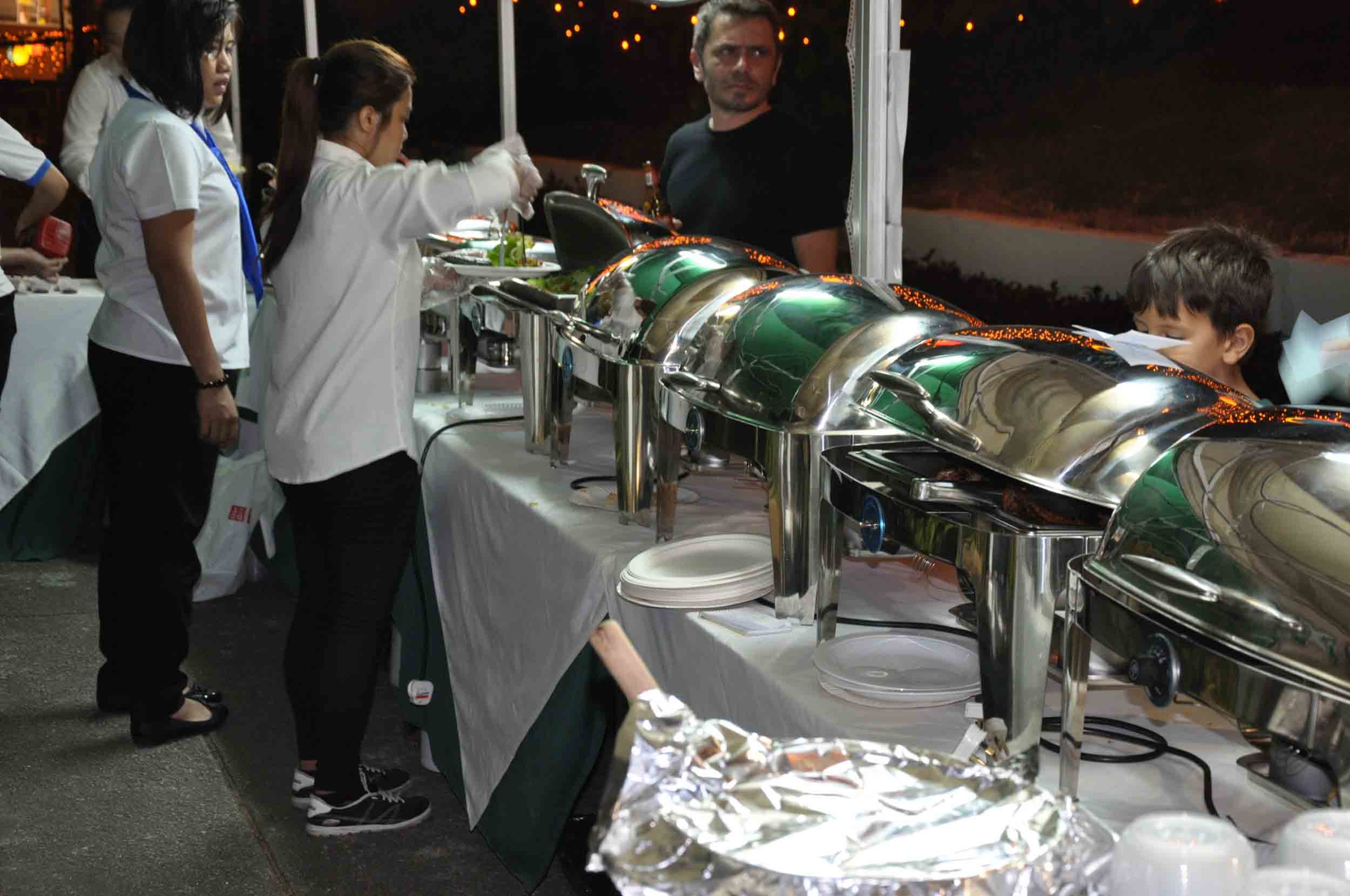 Over Friday and Saturday, here are the main courses I tried:

I stopped trying the food after Saturday though because something I ate that day gave me a nasty case of food poisoning –  either the Duck Rice or Feijoada de Gambas.  If you get food poisoning once, shame on you.  If you get it twice from the same place, then shame on me.  It’s for that reason alone that I will never, ever eat anything again at any future Lusofonia Festival.

Well, on second thought, maybe that’s not true.  I may make an exception for the Grilled Sardines because they were really really good, easily the best thing I tried at the festival.  In fact, they may have been the best Grilled Sardines I’ve had anywhere in Macau at any time.  I often find them done way too dry, but they were barbecued to perfection, moist and tasty and really very fresh.  The Codfish with Cream was also very good, while the Barbecue Chicken and Barbecue Pork Leg were both okay.  Nothing too memorable, they both tasted like something from a family outing, and the Barbecue Chicken was served cold at that.

During lunch it was really easy to get food, but it was a serious headache at night.  Not only were the lines very long, but some of the food would occasionally sell out, so even people at the front had to wait an additional 20 or 30 minutes to get what they wanted.  There wasn’t enough seating in the garden area either and a few unfortunate people (me included!) had to eat standing up.  It definitely wasn’t ideal nor something I’d like to go through again, especially when you factor in the food poisoning.  My advice would be to skip eating at the festival all together and just book a table at A Petisqueira, O Santos or Antonio instead.  They’re all great Portuguese restaurants located minutes away in Taipa Village but be sure to make reservations in advance.

In the afternoon though it’s a different story and if you go then, definitely try the sardines first and the codfish second.  Everything else just leave alone.