Here’s something I probably shouldn’t admit, running a website with a large emphasis on Macau gambling and all, but I’ll say it anyway – if you’ve been to one Macau casino, you’ve been to them all.  It’s nothing like Vegas, where the scene is much more diverse, and you can find large discrepancies in games, rules, player cards, promotions and entertainment, with the clearest line of demarcation casinos on the Strip and casinos downtown.  In Macau, everything is far more streamlined, the vast majority of casinos just knocked off versions of each other, that all bleed into one.

In other words, it makes writing a Casino Guide like this rather difficult, with some decisions boiling down to the most minute of details and splitting of hairs. Remember what ultimately matters most is what games you want to play at what minimums, and those two factors should always take precedence when deciding where to gamble.

The Cotai Strip has the most expensive tables in town, and if you’re priced out of action, then hit the Peninsula and its plethora of smaller mid range casinos.  If you can’t afford those, then you’re pretty much out of luck, unless you can handle the conditions at the last casino on the list, where $20 Live Gaming Baccarat reigns supreme.

The battle for best casino on the old Peninsula boils down to three contenders: Grand Lisboa, Sands Macao and MGM Macau.  In the end, I’m giving it to Stanley Ho’s last great contribution to Macau, the Monolithic Misadventure, the Lotus Flower Lolita, the tallest building on the old Peninsula that was borne out of such bad taste that it could only turn up aces in the end. 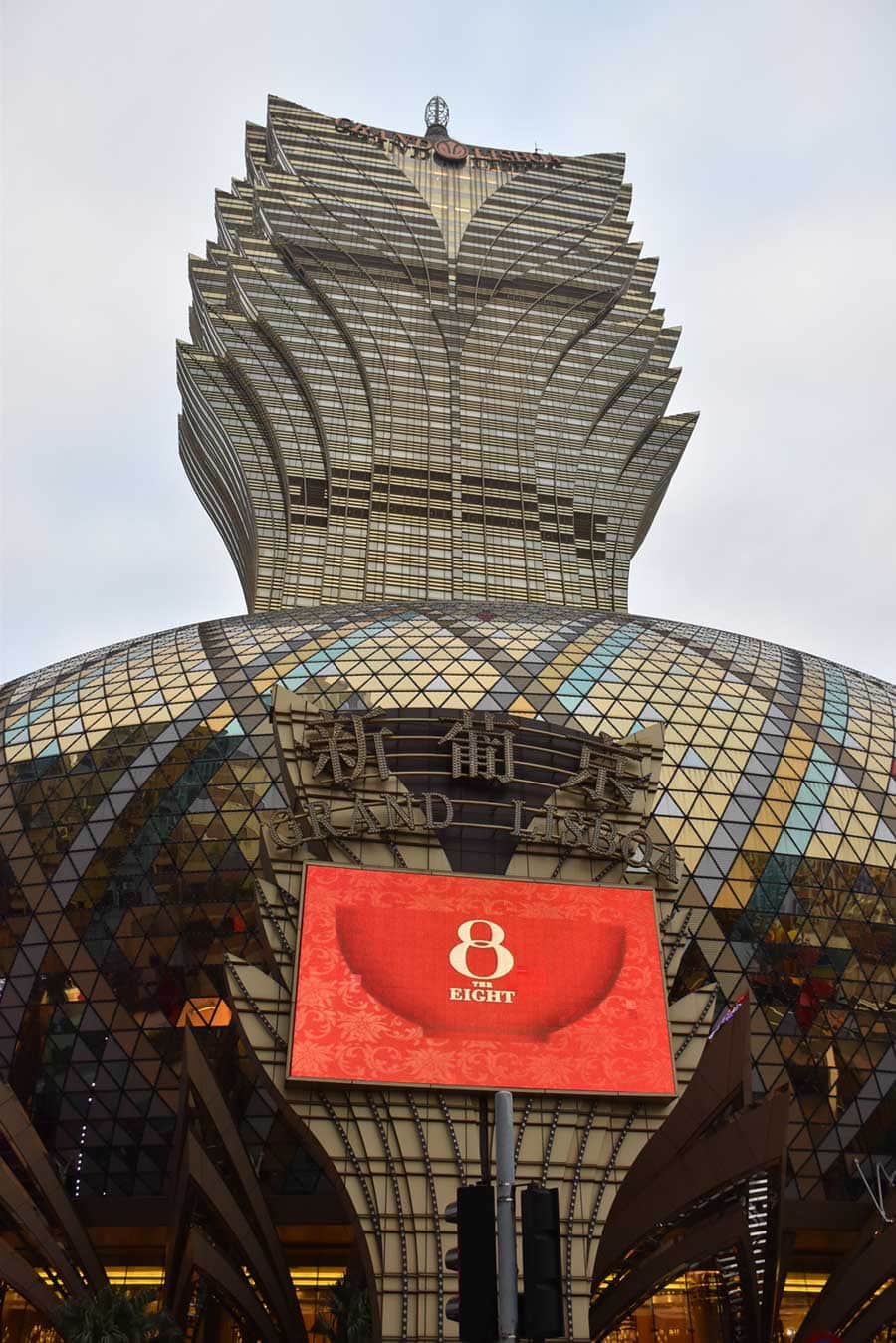 No matter what you think of the Grand Lisboa’s controversial design, the casino has always been top notch, highlighted by four floors of gaming and 10 games, including $200 Caribbean Stud Poker, Commission Free Baccarat and Blackjack, fantastic minimums for a casino this size.

The Grand Lisboa takes this honour almost by default, as 95% of Macau casinos don’t do a single thing in the entertainment department.  The Sands Macao has been known to put on singing and dancing numbers but they pale in comparison to the Crazy Paris Show, a Macau mainstay that’s been pushing the envelope since the 1970s. 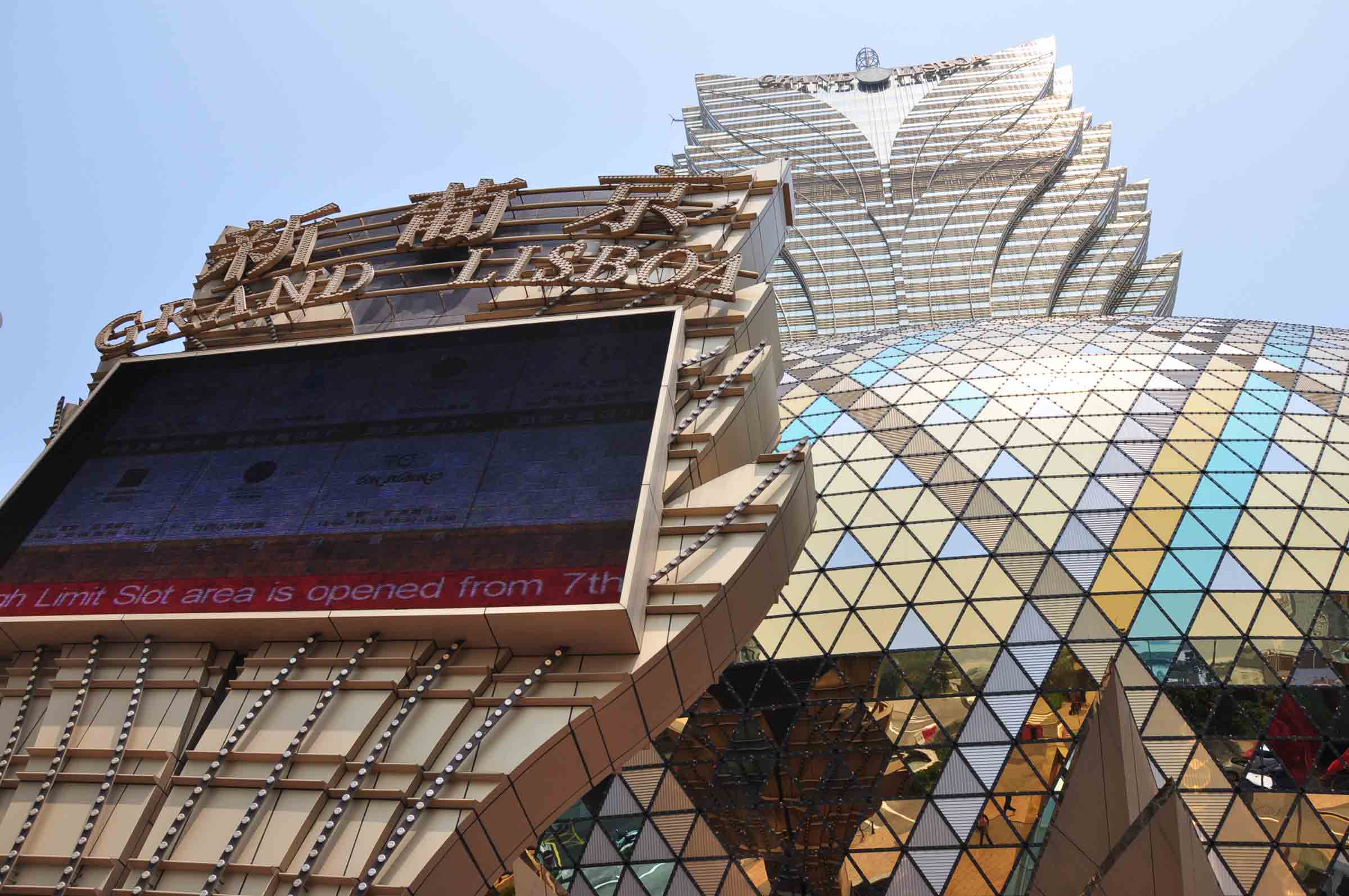 Showtime is 1 pm to 9 pm daily, and the foreign talent can be quite breathtaking, as they melt the floor with Brazilian samba, French can can, and occasional Pole and Hoop debauchery.  Even though it’s basically the only show in town, standards don’t suffer, and the Grand Lisboa should be commended for giving their patrons more to look at than a row of tables and some rude casino carpet.

I can think of only one thing worse than gambling on crack, and that’s gambling in a crack house, which is what makes the Venetian so dangerous.  For those addicted to the rush and run of flashing lights and easy money, you might just meet your maker at the Venetian, which boasts not only the largest casino floor in Macau, but the entire world. 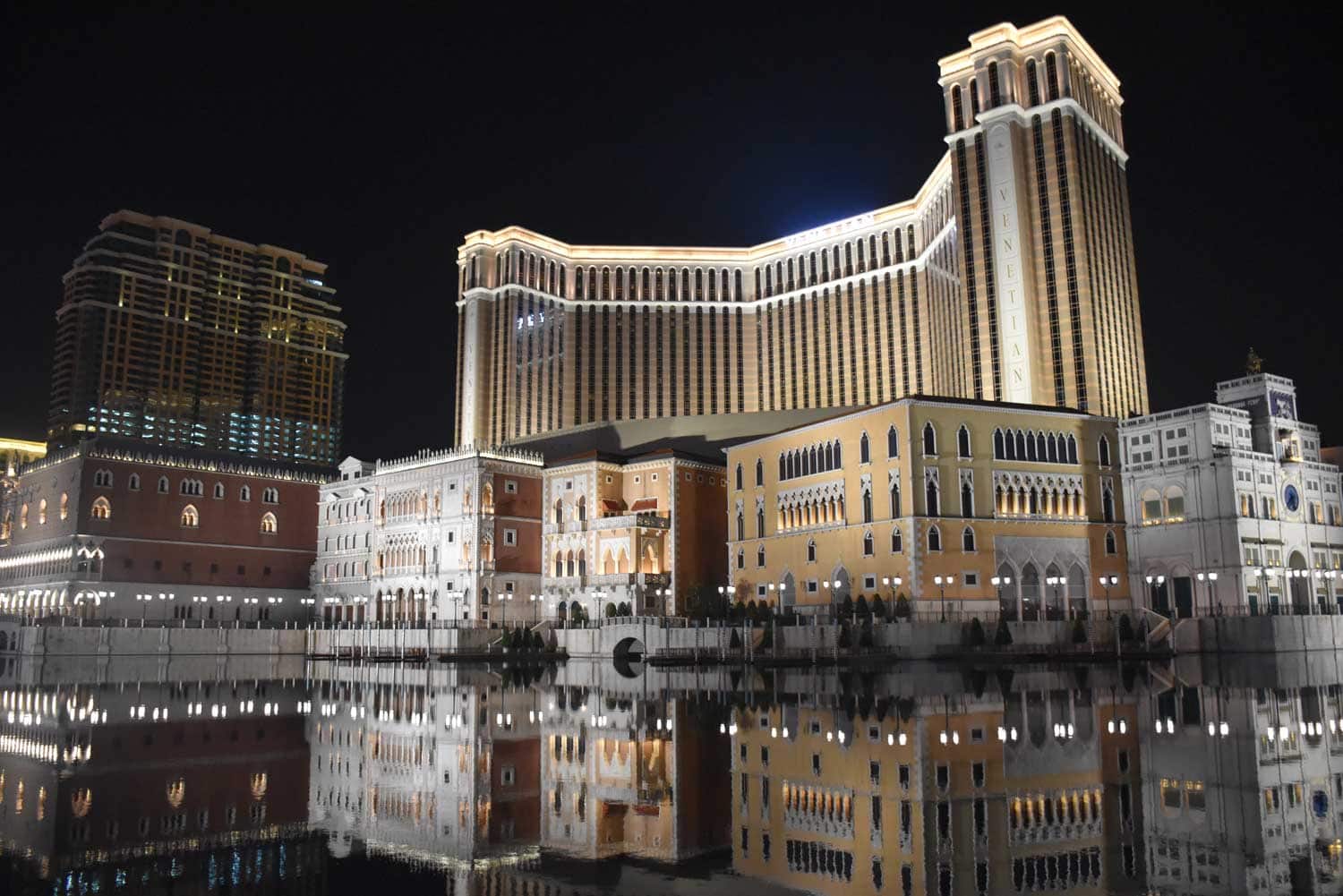 With over 376,000 square feet of tables, slots and electronic games, the Venetian offers the best game selection in town, and includes Texas Hold ‘Em, the only place to play it in Cotai.

If you’ve hit the big time with the bank to prove it, you’d best be doing it in the best hotel on the old Peninsula – the Wynn Macau by a country mile.  Always historically strong in the VIP segment, Wynn gets over on their competitors due to the ogling opulence of the Encore Tower suites, along with some pretty big brand name reputation and first class treatment and service. 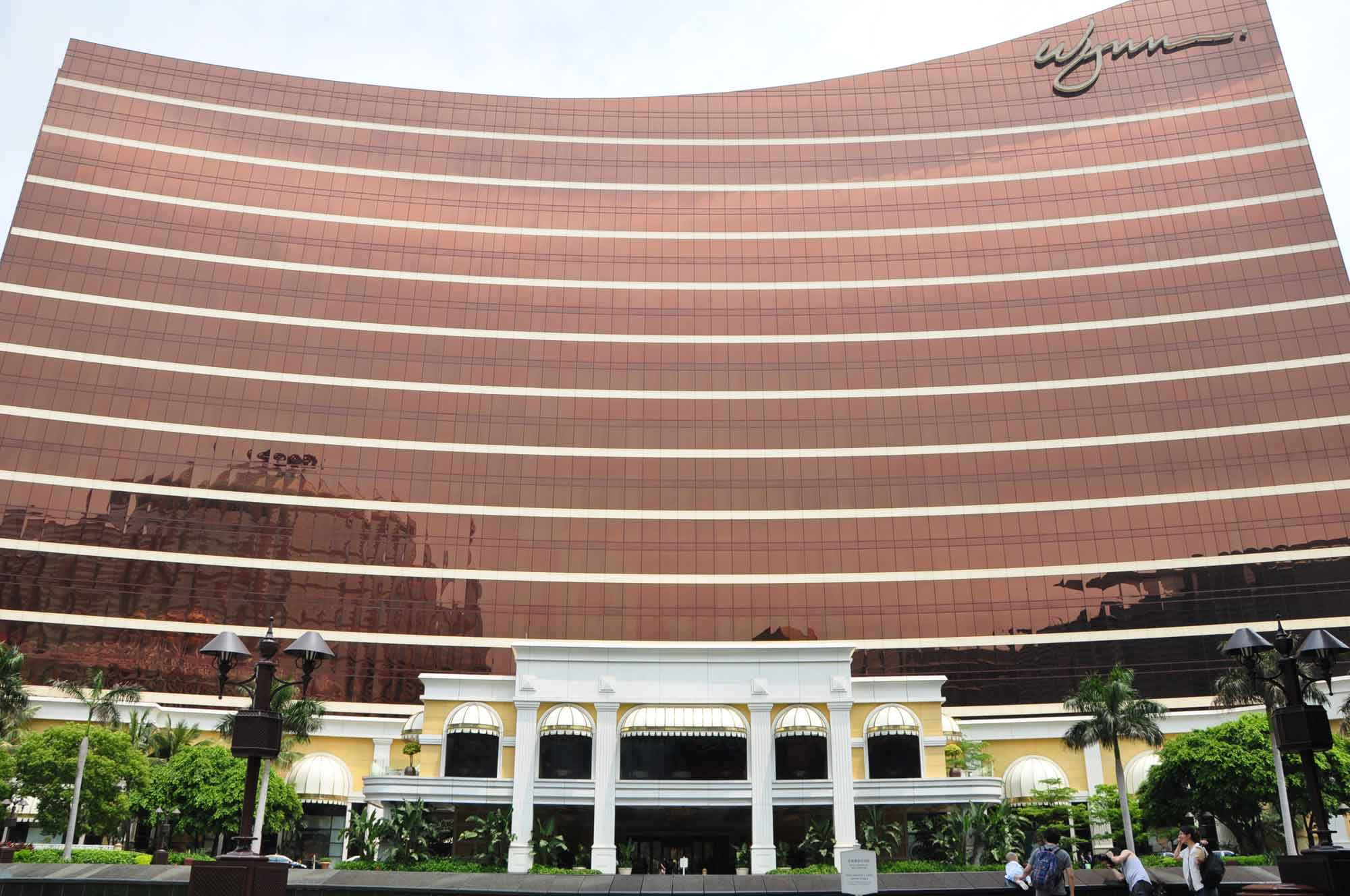 Keep in mind that VIPs are usually limited to just playing Baccarat, a game whose house edge gets cut down to 0.54% once the cash back return hits 1.2%.

If you’re a straight up numbers kind of whale, Grand Lisboa returns 1% after rolling just $500,000 while every other major casino requires $5,000,000.  Wynn actually returns the worst, only giving 1% at the $8,000,000 mark, which just illustrates how excellent their rooms and other comps must be.

The best mid sized casino in Macau really comes down to which games you want to play. If you prefer Western style games like Caribbean Stud Poker, Blackjack and Roulette, there’s really only one choice that ticks all the boxes, and that’s Landmark, which was formerly known as Pharaoh’s Palace. 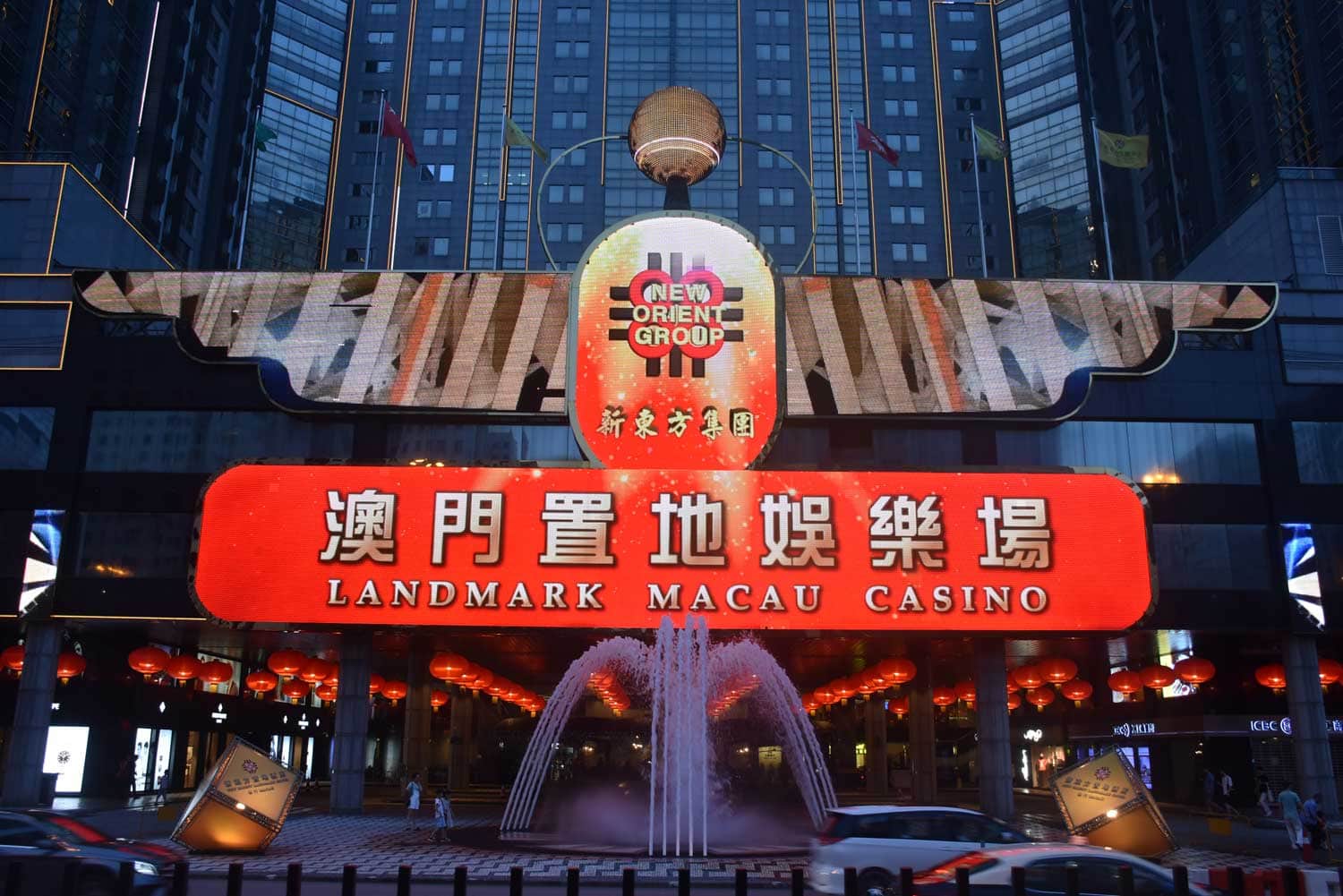 Minimums are excellent too, with Caribbean Stud Poker, Roulette and Sic Bo only $100, while Blackjack and Baccarat are just $200. The only downside to the casino is that they no longer offer a player card, but I’ve gotten next to nothing over the years from my Macau player cards, except for discounts in the hotel restaurants. 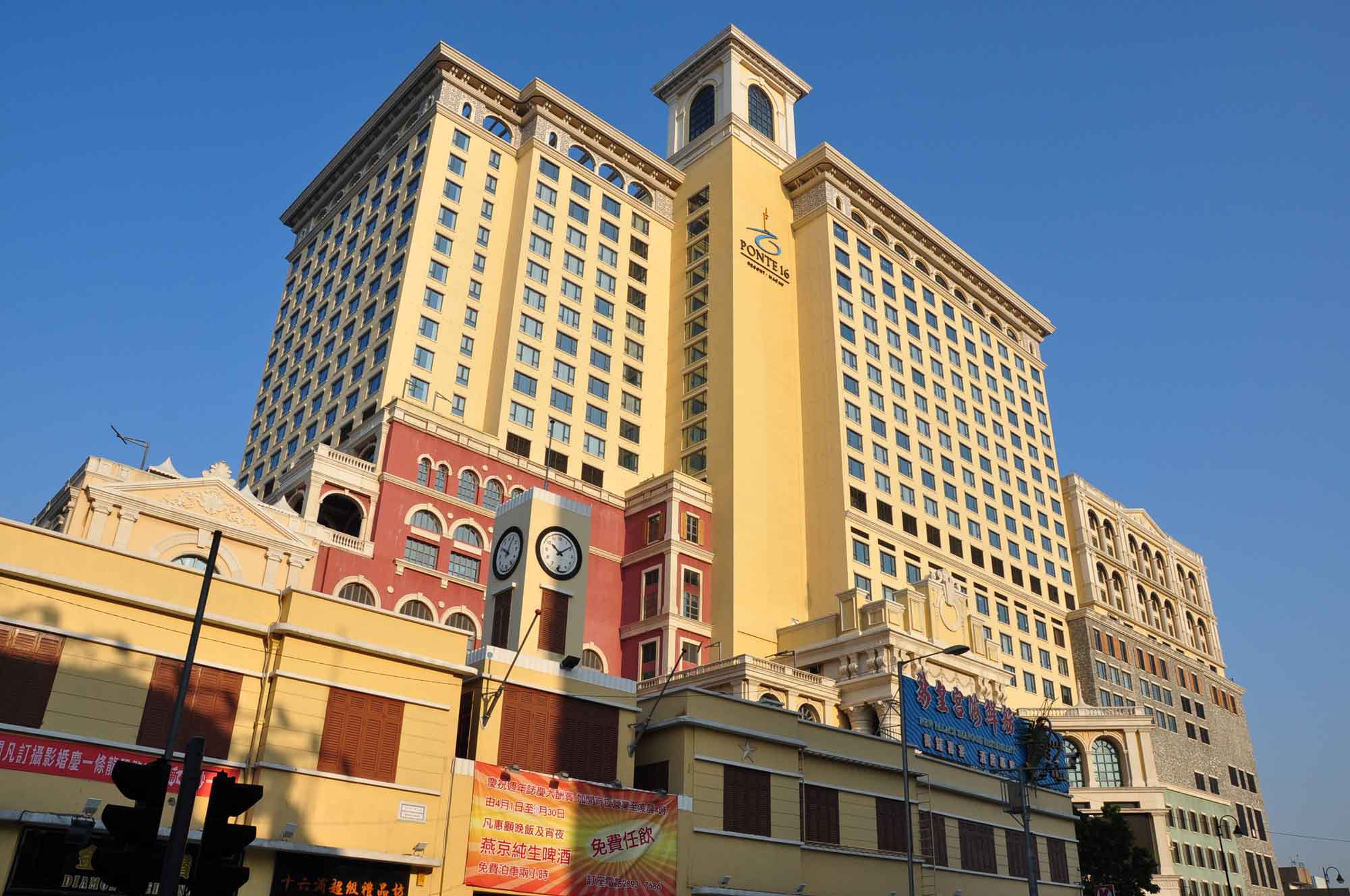 Unlike Landmark, they’re very good in the promotion department, so your loyal business will inevitably result in comped benefits of some kind.

A slam dunk pick, it can’t be anything but the oldest casino in town, Stanley Ho’s iconic Lisboa, a product of the glorious 1970s and all that Macau used to be.  A decade ago it used to scare the living hell out of me, but the intimidation factor has gone down as the lights have been turned up, and I no longer feel like I’m entering a dark medieval battle cage buttressed by contorted dragons and ominous orbs of light. 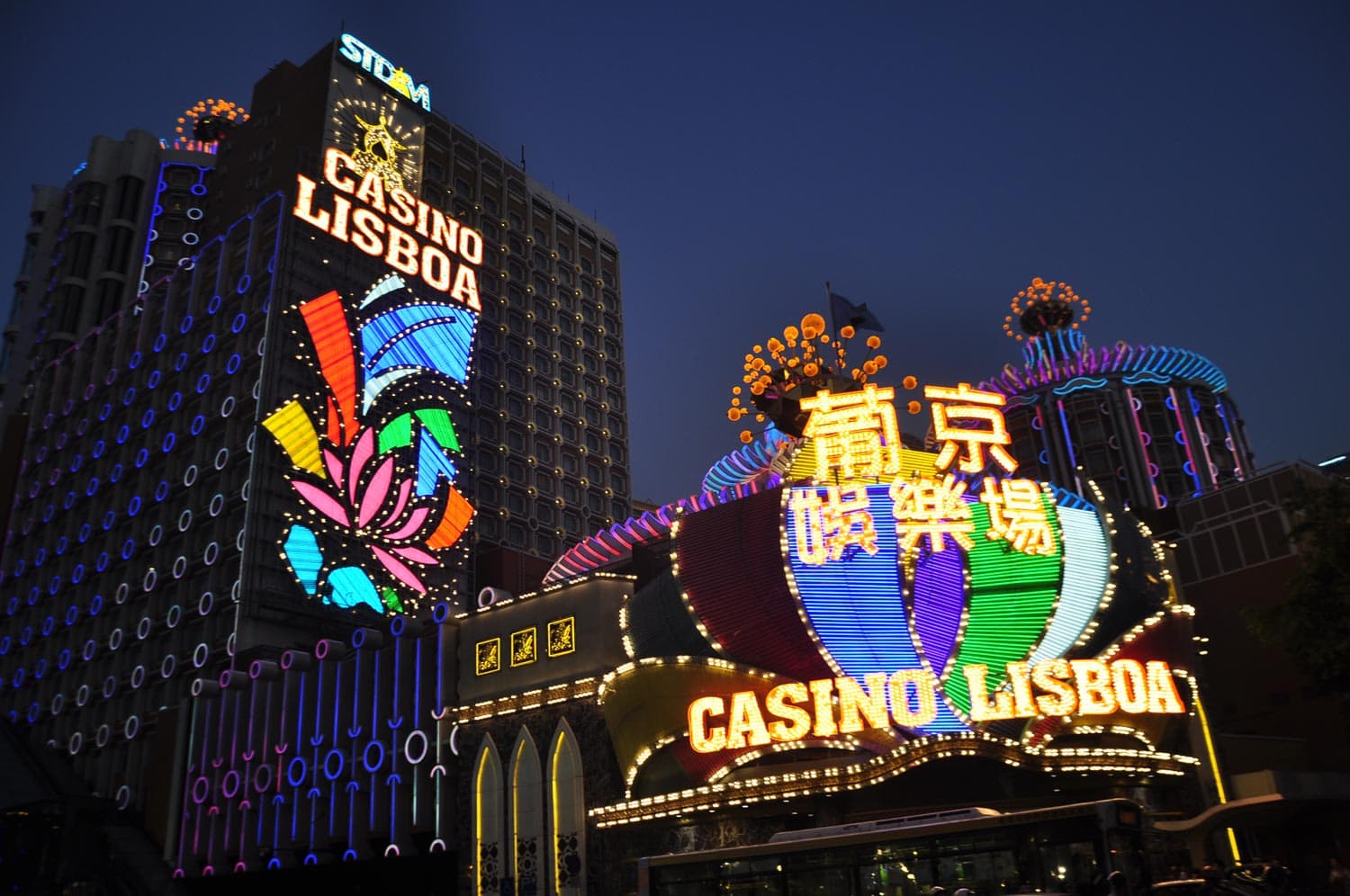 Worth a visit even if just to check it out, it won’t cost you much to take a seat either, with the Crystal Palace casino notable for its $100 Commission Free Baccarat and Sic Bo games, while Blackjack and Three Card Baccarat are only $200. 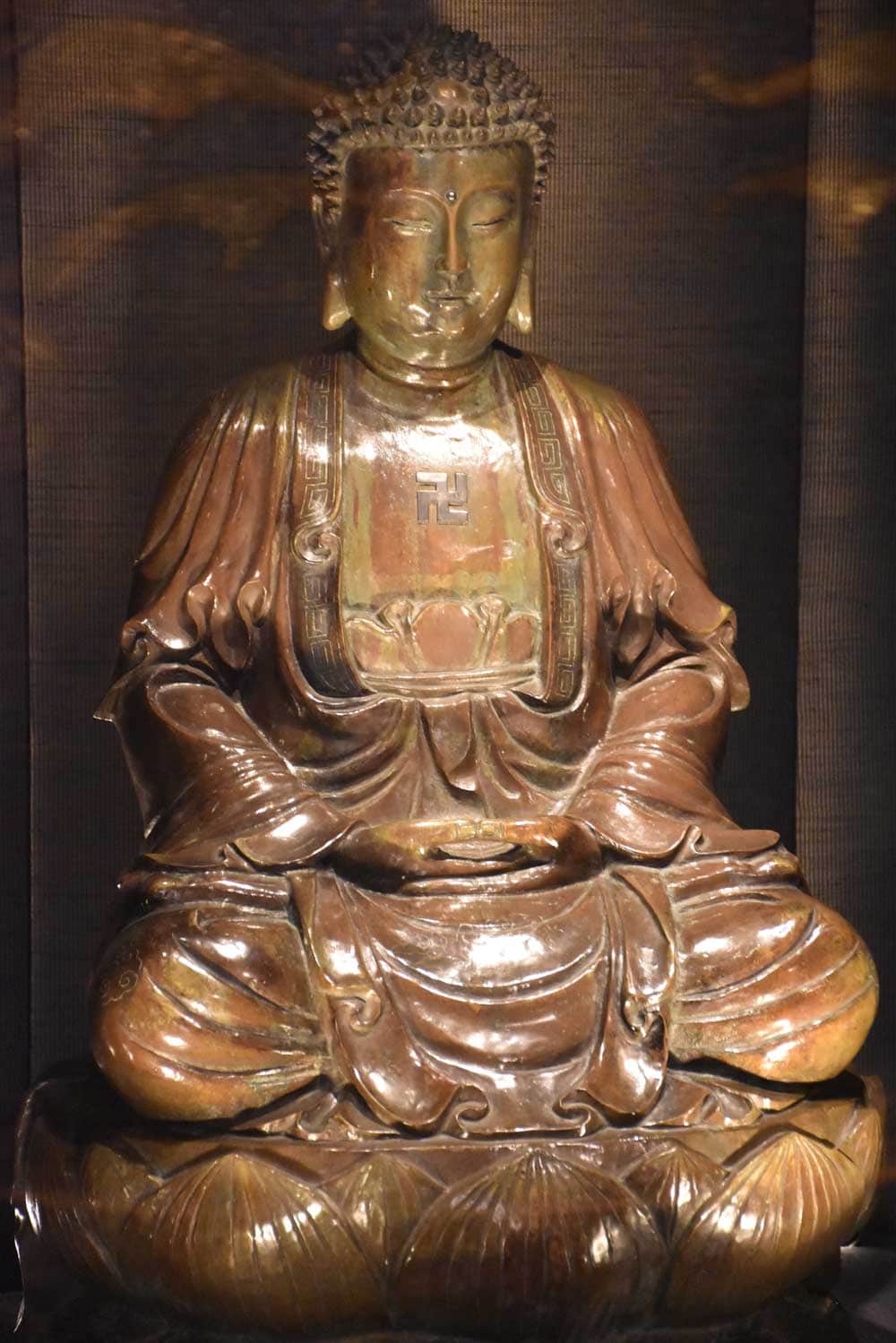 Its lobby and common areas are also criminally underrated for gamblers and tourists alike.  It might just be the best art museum in Macau, given the extensive collection on display courtesy of the legend himself, Stanley Ho. The lobby next door at the Grand Lisboa is similarly well endowed. 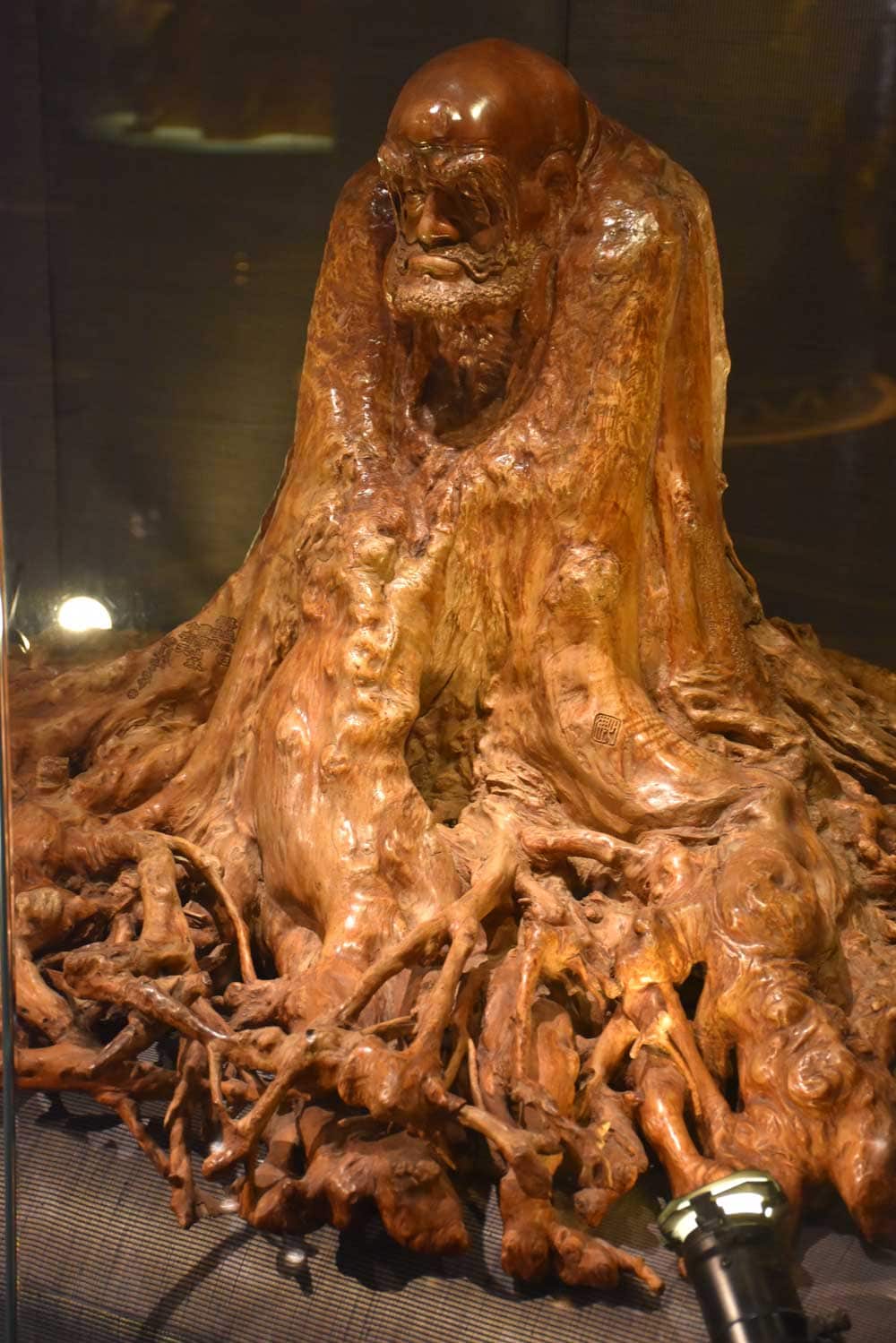 I haven’t gambled seriously for years and if you want the dirt on the reason why, I laid it it all out for you here: Gambling Problems.  Back when I was riding high though, the Galaxy Player Card was the best one in town, and it still is today. 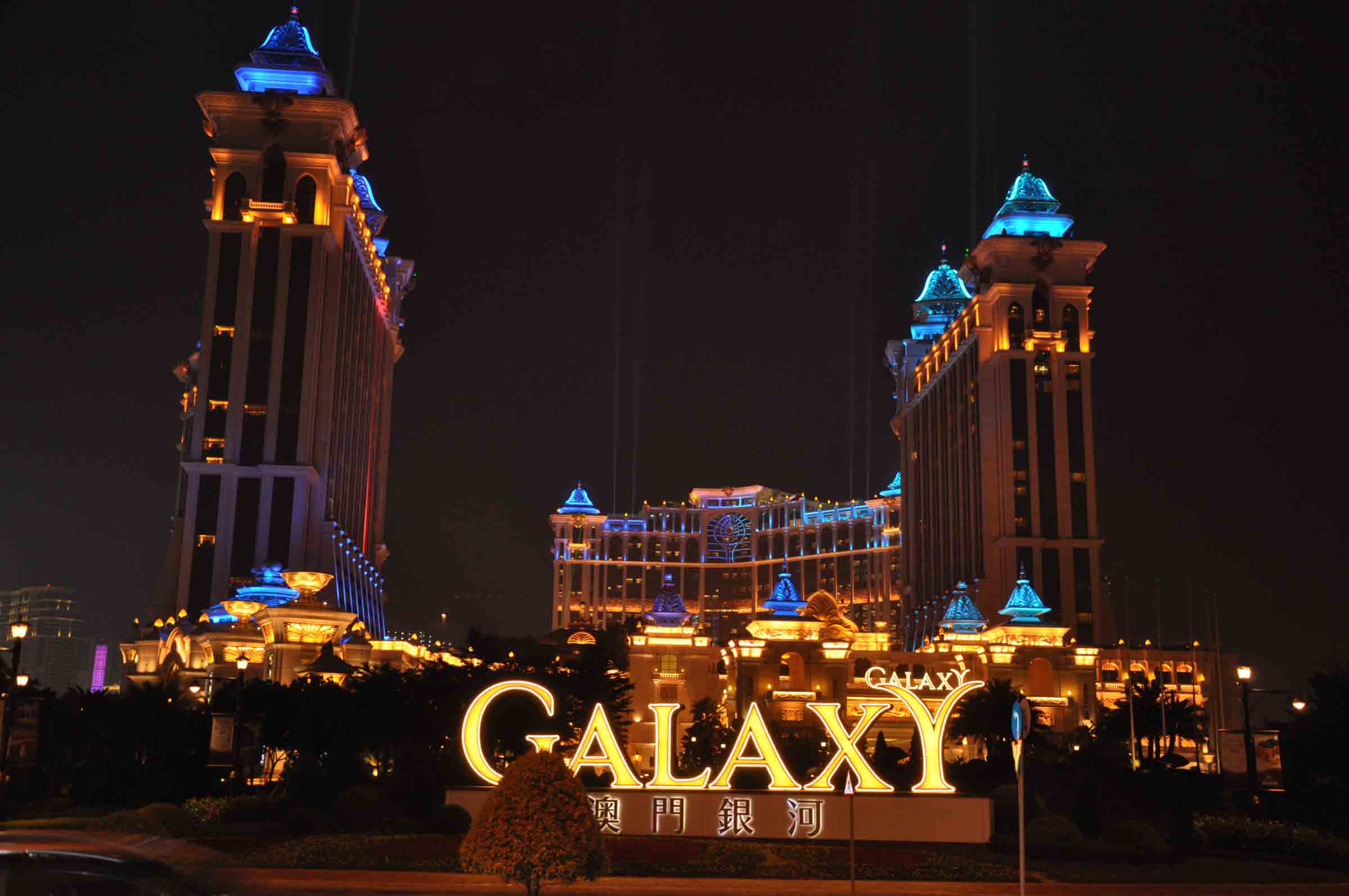 Currently it only requires 10 points to move up to the Platinum card, which is quite frankly unheard of in Macau.  At that level, points and dollar rewards both triple, meaning even recreational gamers should score some decent benefits for their efforts.

Or to put it another way, Galaxy is the market share leader in Macau, basically on the strength of two casinos, only one of which is any good.  Common sense suggests they must be doing something very right with their player card and comps in order to bring that amount of revenue in.

I first heard the hype on the Plaza drinks from the Man himself, Micheal Shackleford, who was raving about them in 2008.  As with most things he says, he was absolutely right and if I had money to burn I’d be setting the Craps table on fire every weekend. 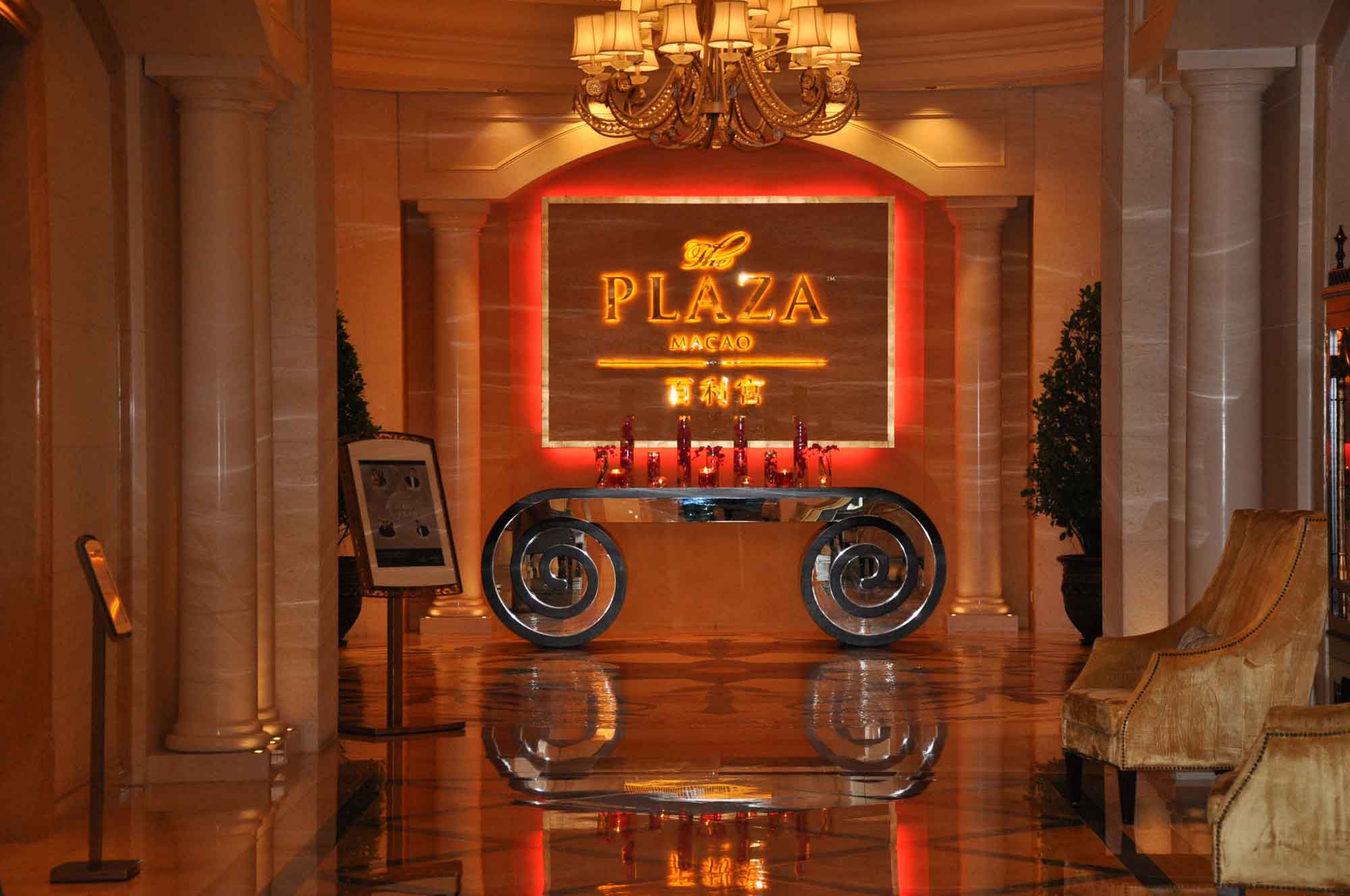 The house wine is remarkable and they even serve free glasses of cognac, which no one in Macau is doing outside of high stakes VIP.  Watch the minimums there though, as most games start from $500.

Live Gaming is basically all Paradise Kampek is, so if $20 Baccarat and $10 Sic Bo are all you can afford to play, then by all means, go where the action is. 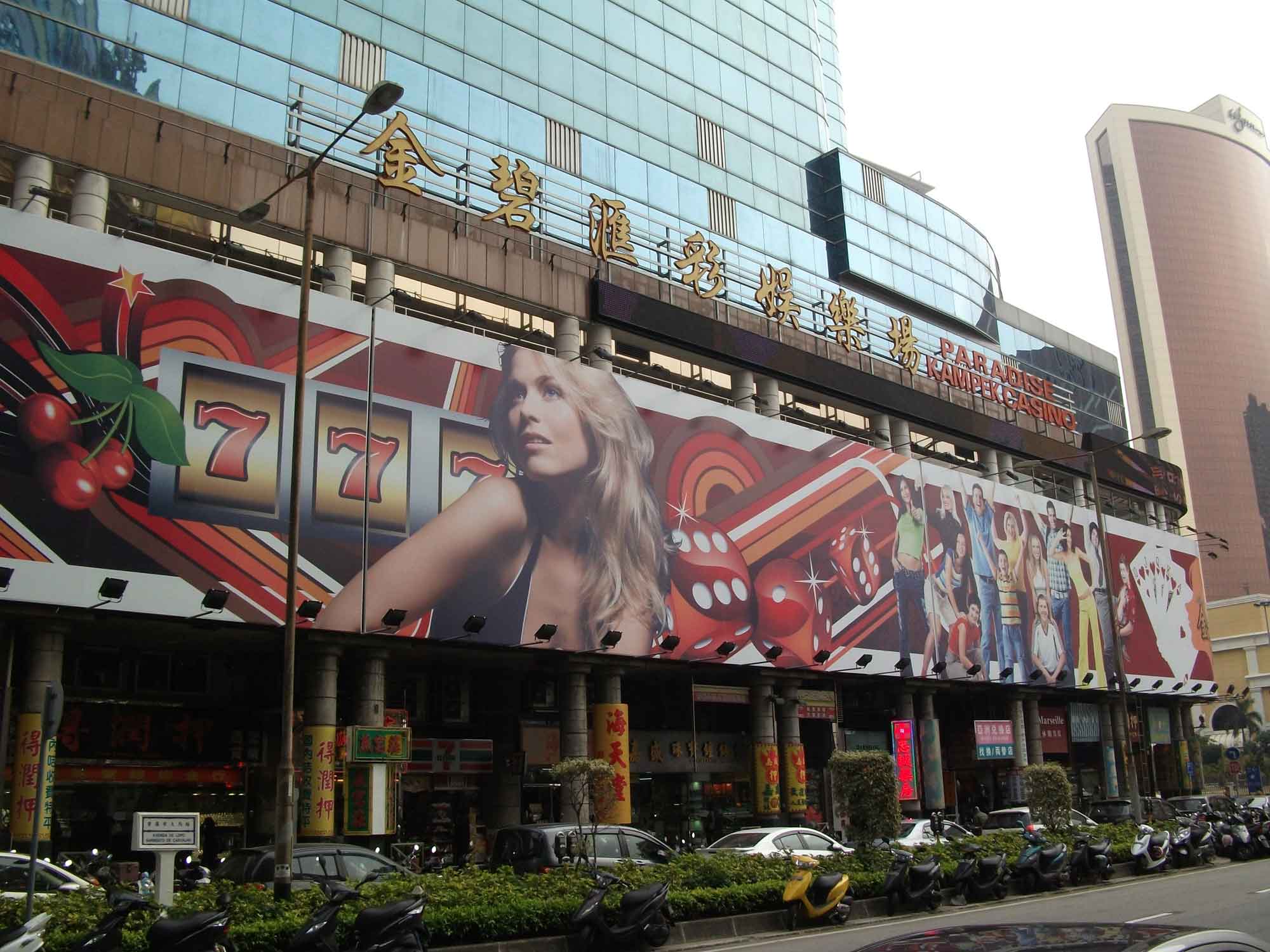 Besides that, $20 Live Gaming Baccarat is extremely hard to find in many other Macau casinos, with the standard number usually $50 in the nicer venues.  The Venetian would be the only exception, where it’s somehow only $10.

To learn valuable House Edge information for every game in Macau, just follow the link below!