The main qualifying session for the F3 race was held on Saturday afternoon at 1:45 pm.

The field would do 10 laps around the track to establish position for Sunday’s race.  I was sitting beside an middle aged Aussie and his wife, who were huge motorsport fans and had been there all day.  He told me that this particular track wasn’t suited to passing, so whoever was in the pole on Sunday would have a big advantage over his competitors.

He also said that the first Lisboa turn always has a crash there and watching crashes is what auto sports were all about.  I had told Jane the same thing before we came, that I was out to see carnage, and the more vicious the wreck the better, so long as no one was hurt.  She looked at me like I was an idiot and said that she just wanted to see good, clean racing.  Just more proof that I’ll never ever understand women!

The Aussie was helping himself to beers he had brought into the track himself, and I shudder to think how warm they must have been, a good six hours into the day.  After seeing the concession prices though, he probably wasn’t wrong to bring his own. 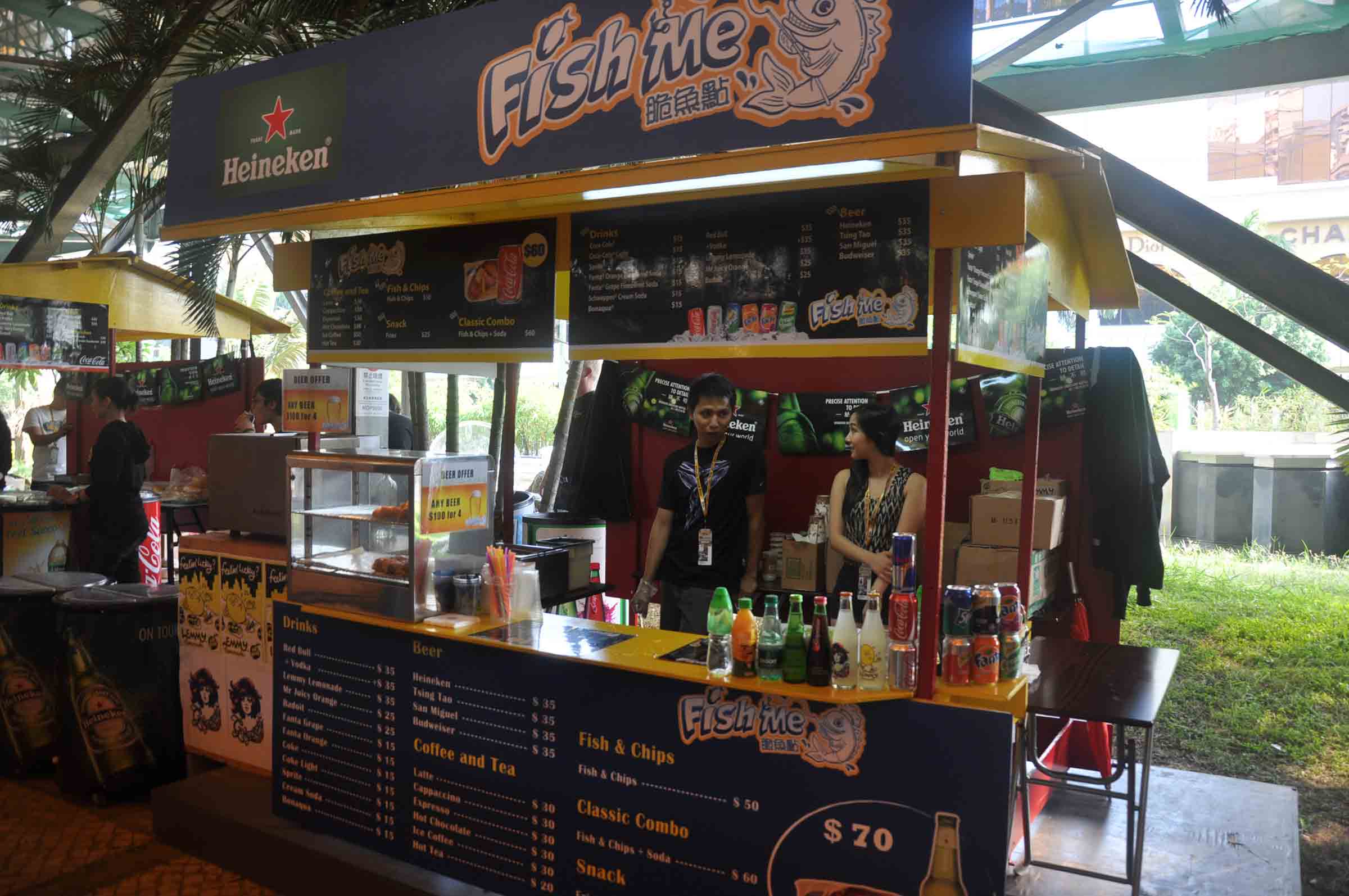 Prior to the race starting I got onto the big screen a few times, the first time that’s ever happened to me in my life. 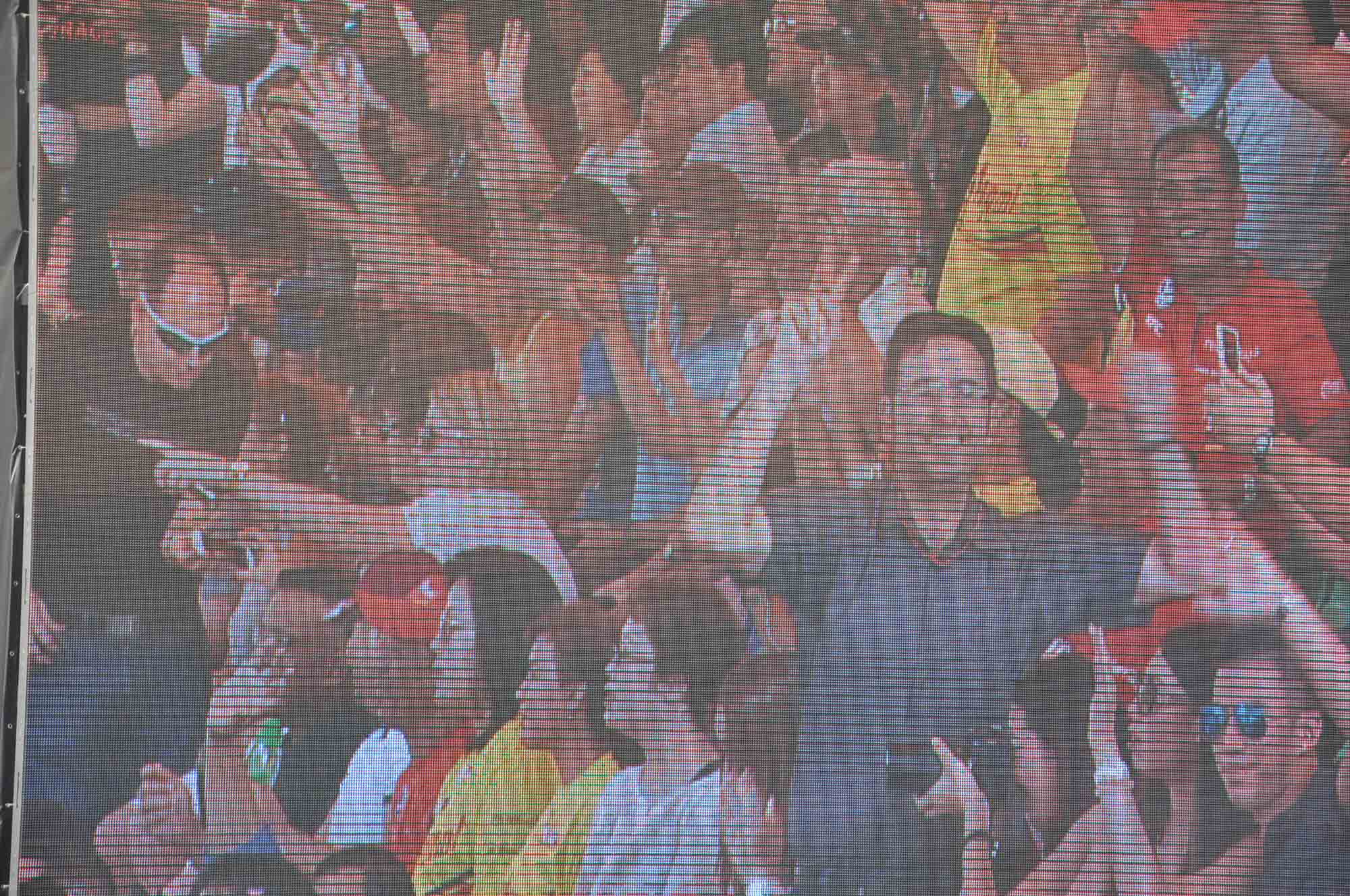 Once the race began, I couldn’t believe how close the cars stayed to each other, considering how fast they were moving.  During the Lisboa turn some cars were right on the back bumper (if indeed race cars have bumpers), so the level of trust between drivers must be absolutely insane.  Any slip up by the guy in front and both cars would be in deep trouble, definitely damaged in some way and out of the race. 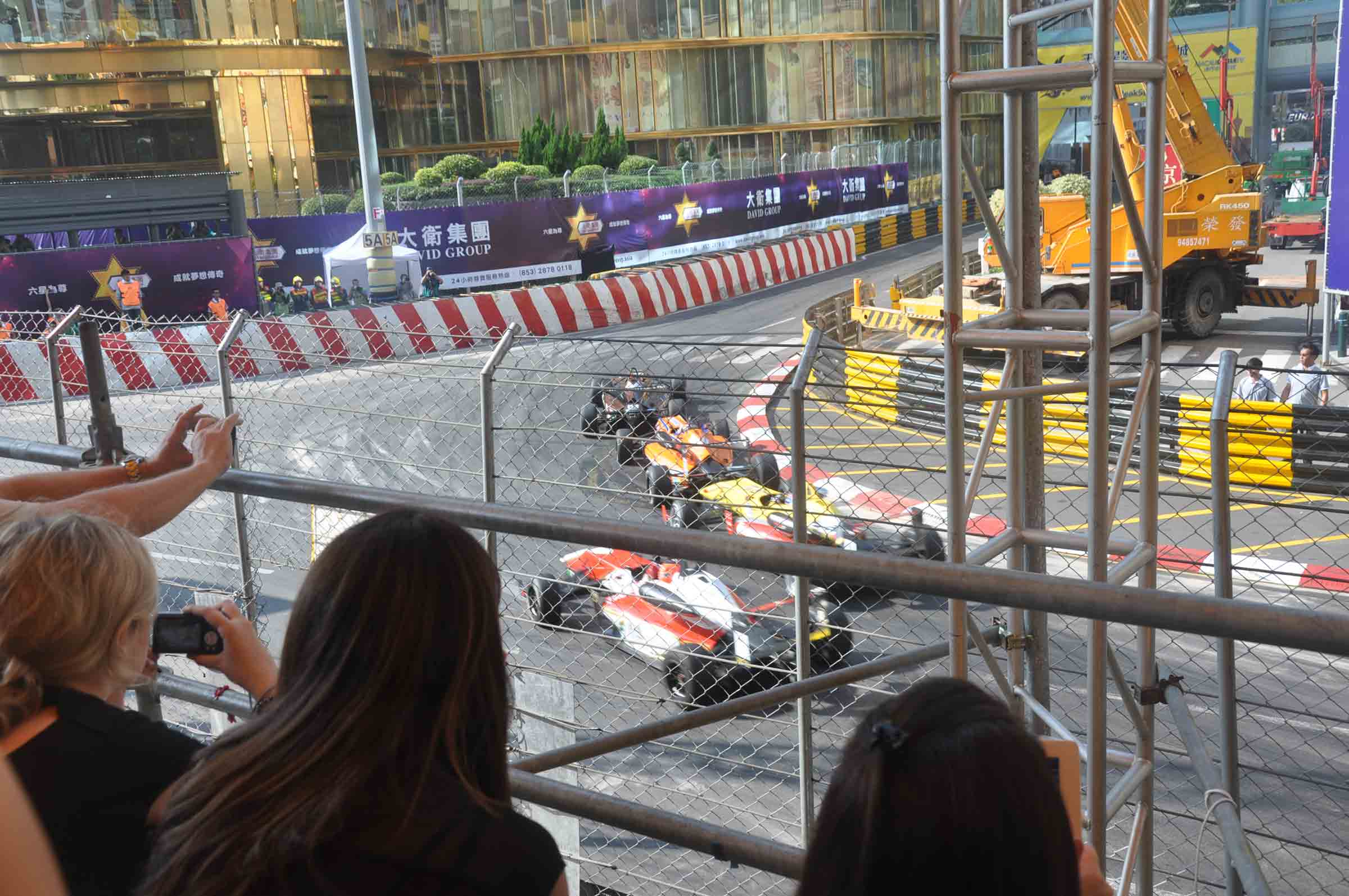 On the 5th lap, something happened to a driver away from us that brought the safety car out. 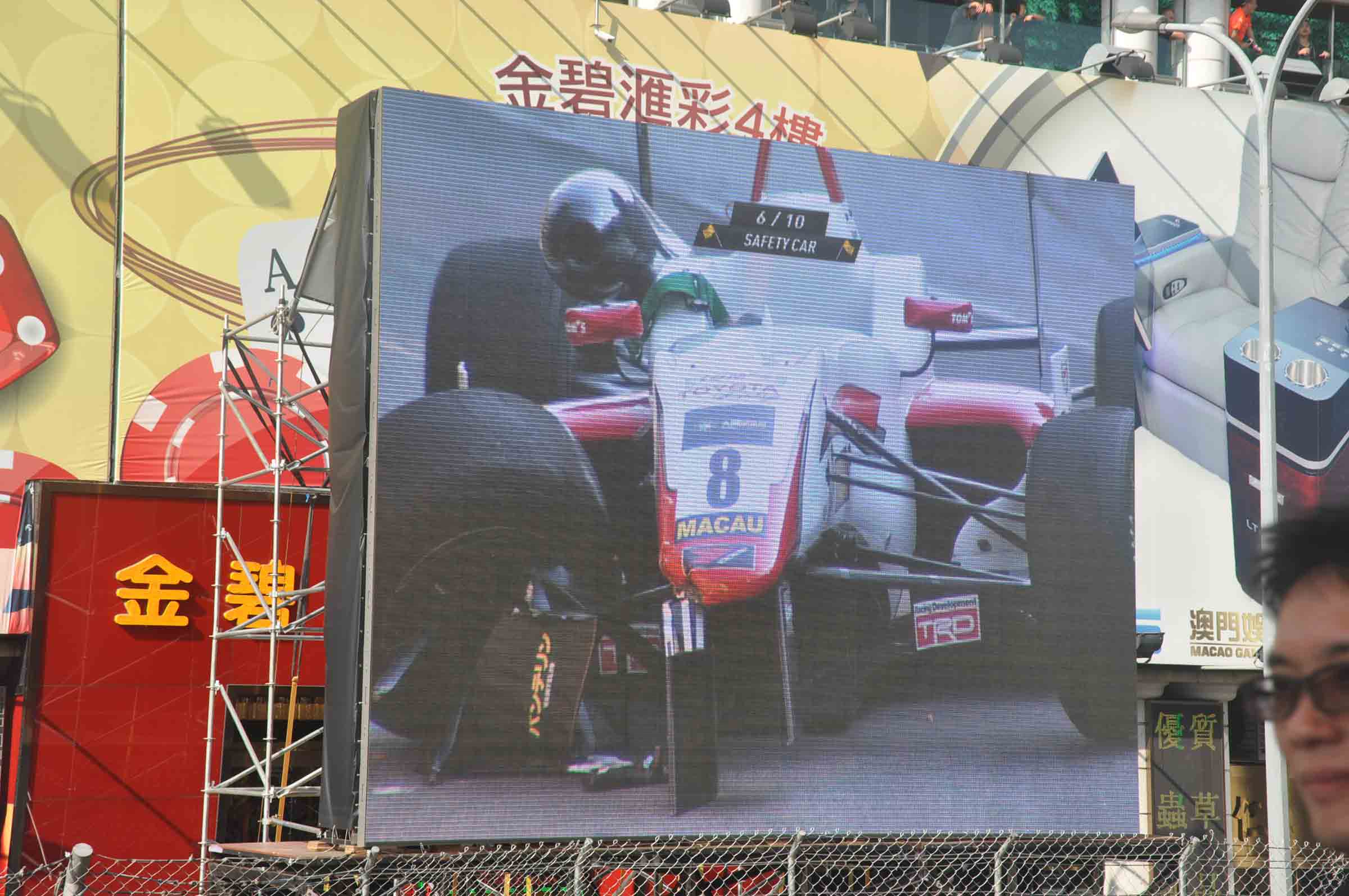 The next 3 laps were then played under a warning which pretty much sapped the life out of watching the event.  Speeds were greatly reduced, no more passing was allowed and cars would zig zag down the straightaways just to keep the temperature in their tires warm.

Once the race resumed on the 8th lap, Swedish driver Felix Rosenqvist overtook the leader right in front of us before the Lisboa turn.  The Aussie actually called the pass about ten seconds before it happened, and Rosenqvist cruised to victory soon after.  He would be the man to beat tomorrow.

After the race finished there were a few cool stunts and then the motorcycles took over. 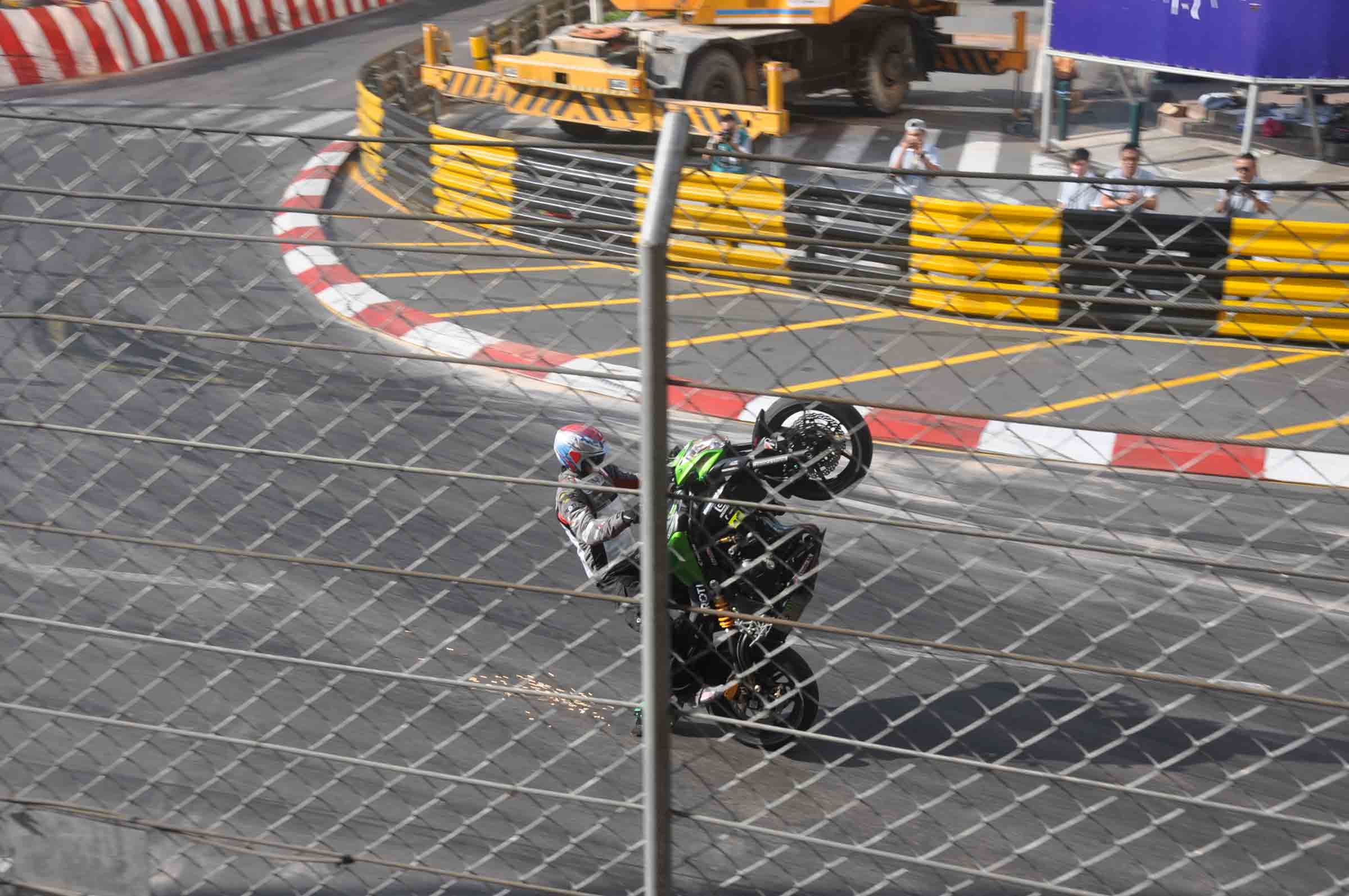 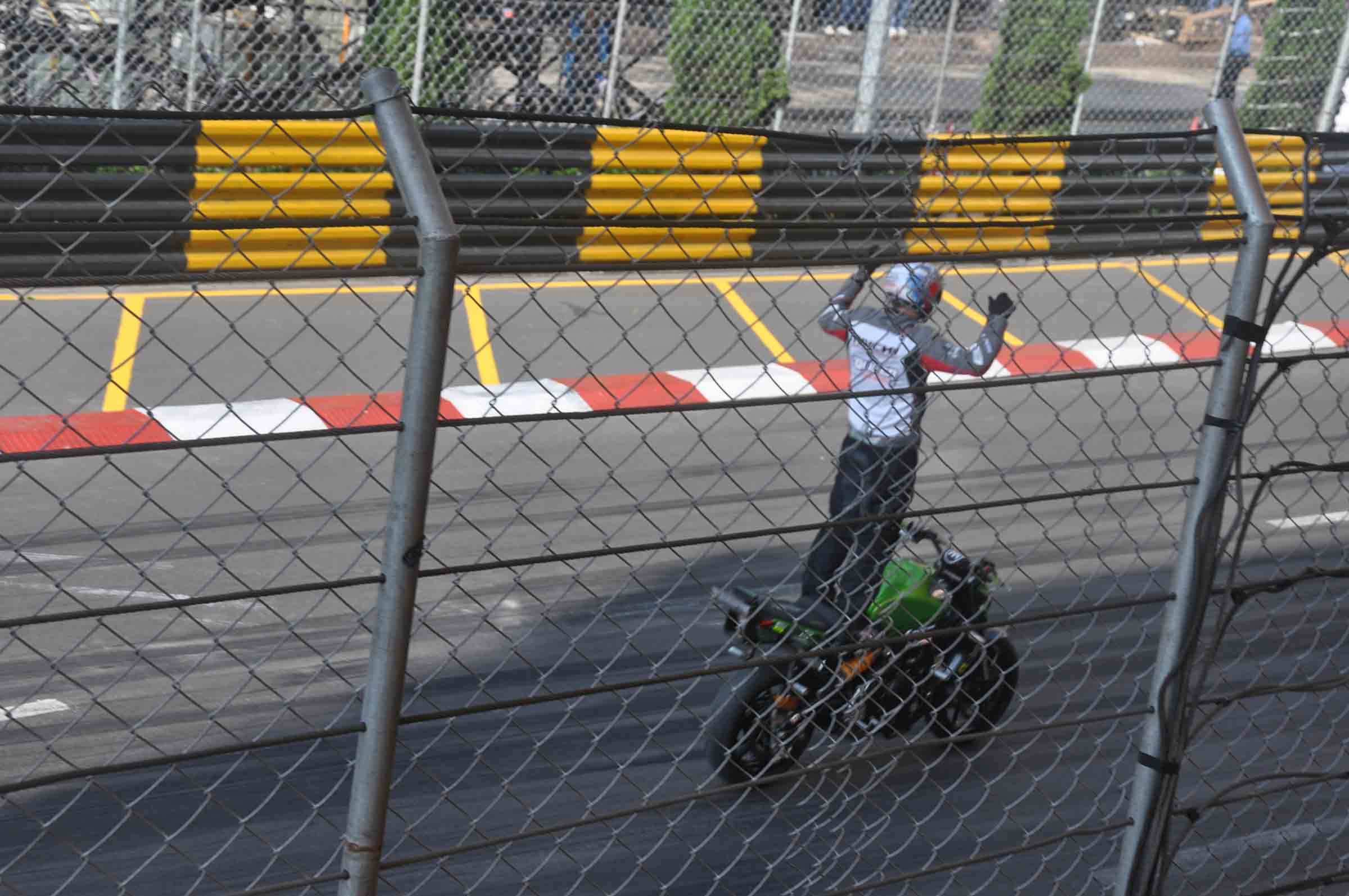 Now the bikes definitely kept more distance between each other than the cars did, and rightfully so.  That sport has to be ten times more dangerous than F3. 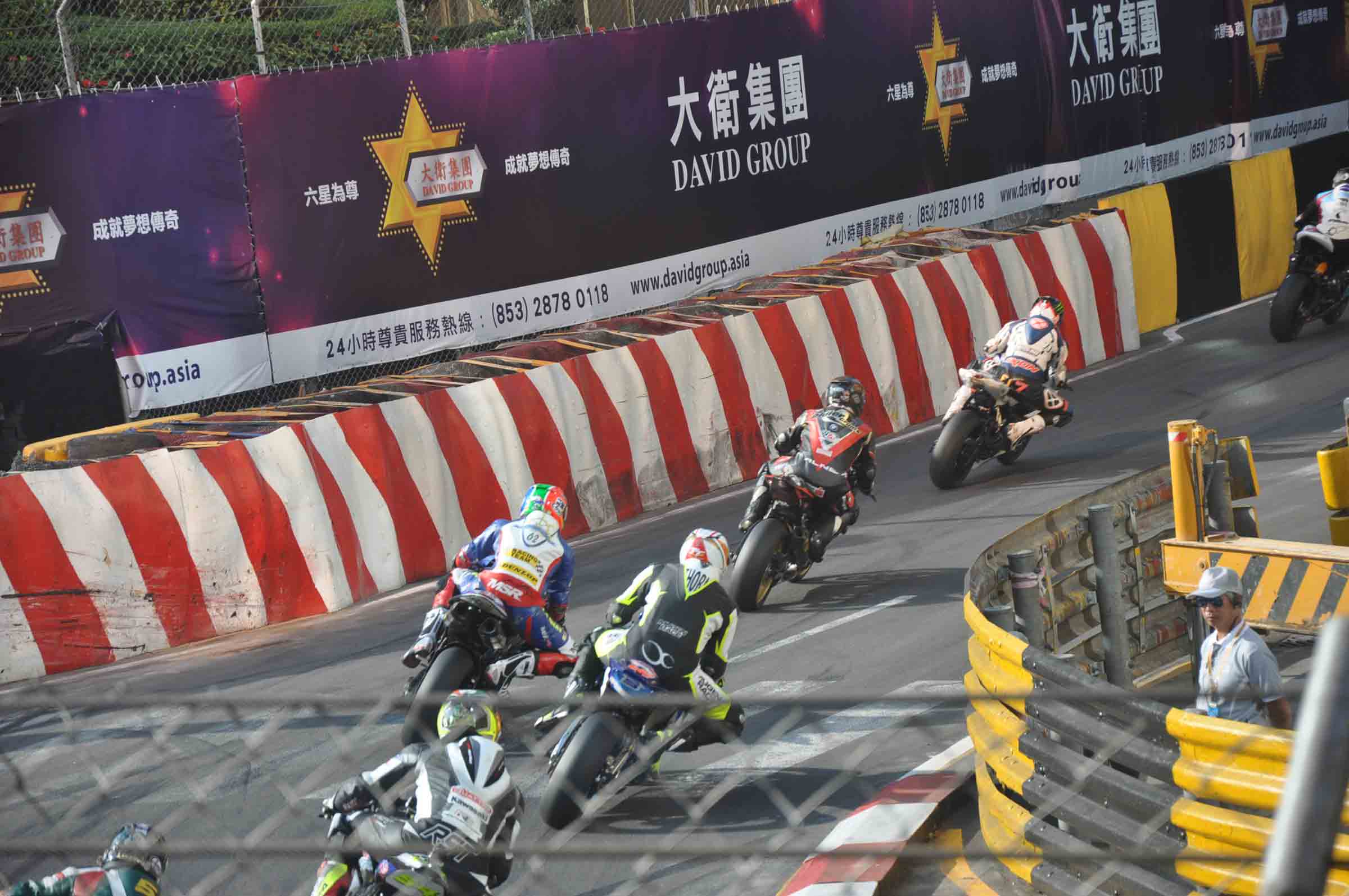 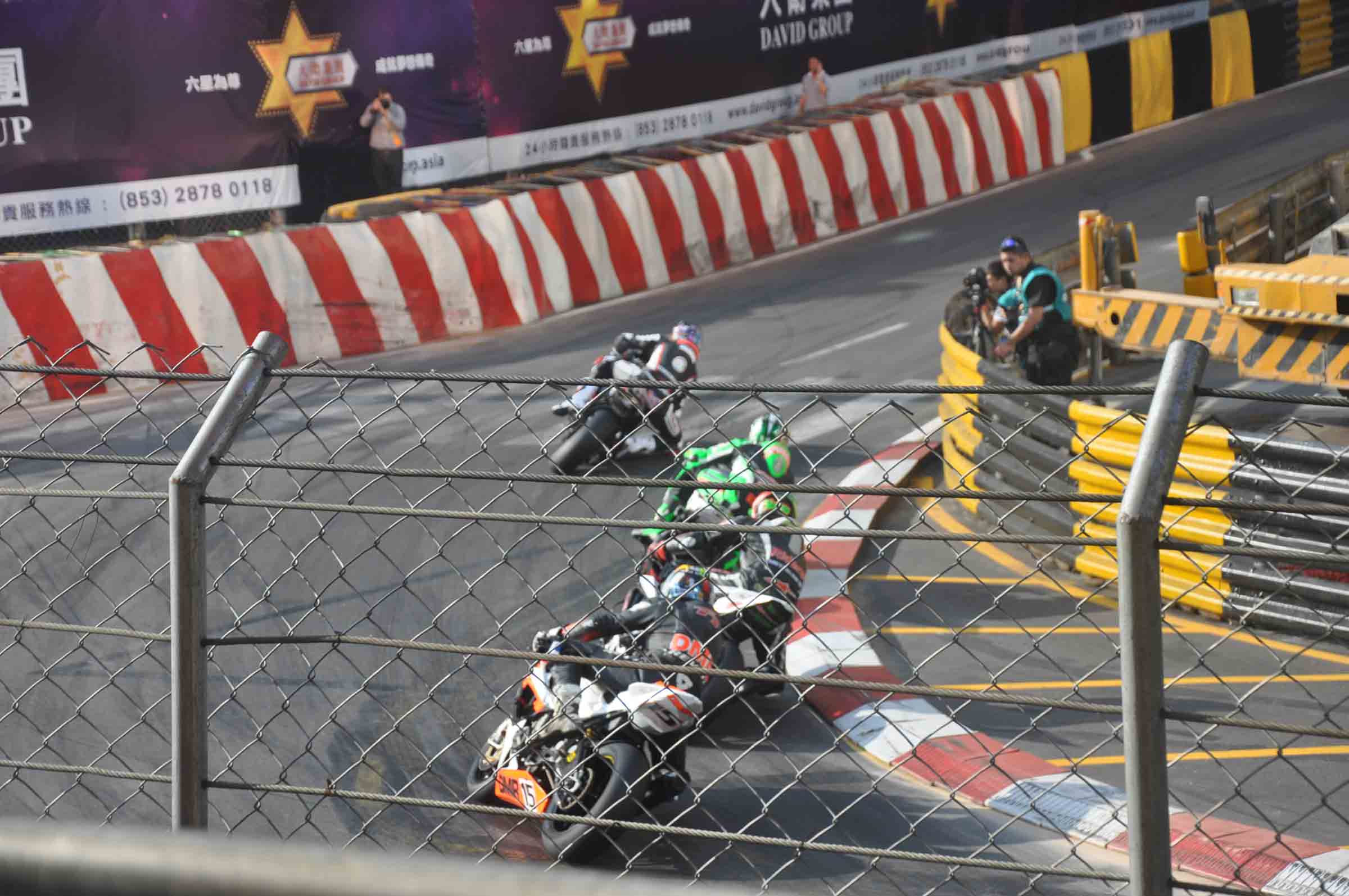 For the main race on Sunday afternoon, just follow the link below!