Day 2 was going to be all about museums and fine European dining.  Macau Museum in the morning, the Art Museum in the afternoon, along with visits to the Grand Lisboa’s Robuchon Au Dome and Wynn’s Il Treato for lunch and dinner.  In the evening, we had tickets to see the City of Dreams signature House of Dancing Water performance.

Situated beside St Paul’s inside the Mount Fortress, I’d wanted to go to Macau Museum for over a year, ever since Lonely Planet called it one of the best museums in all of Asia. 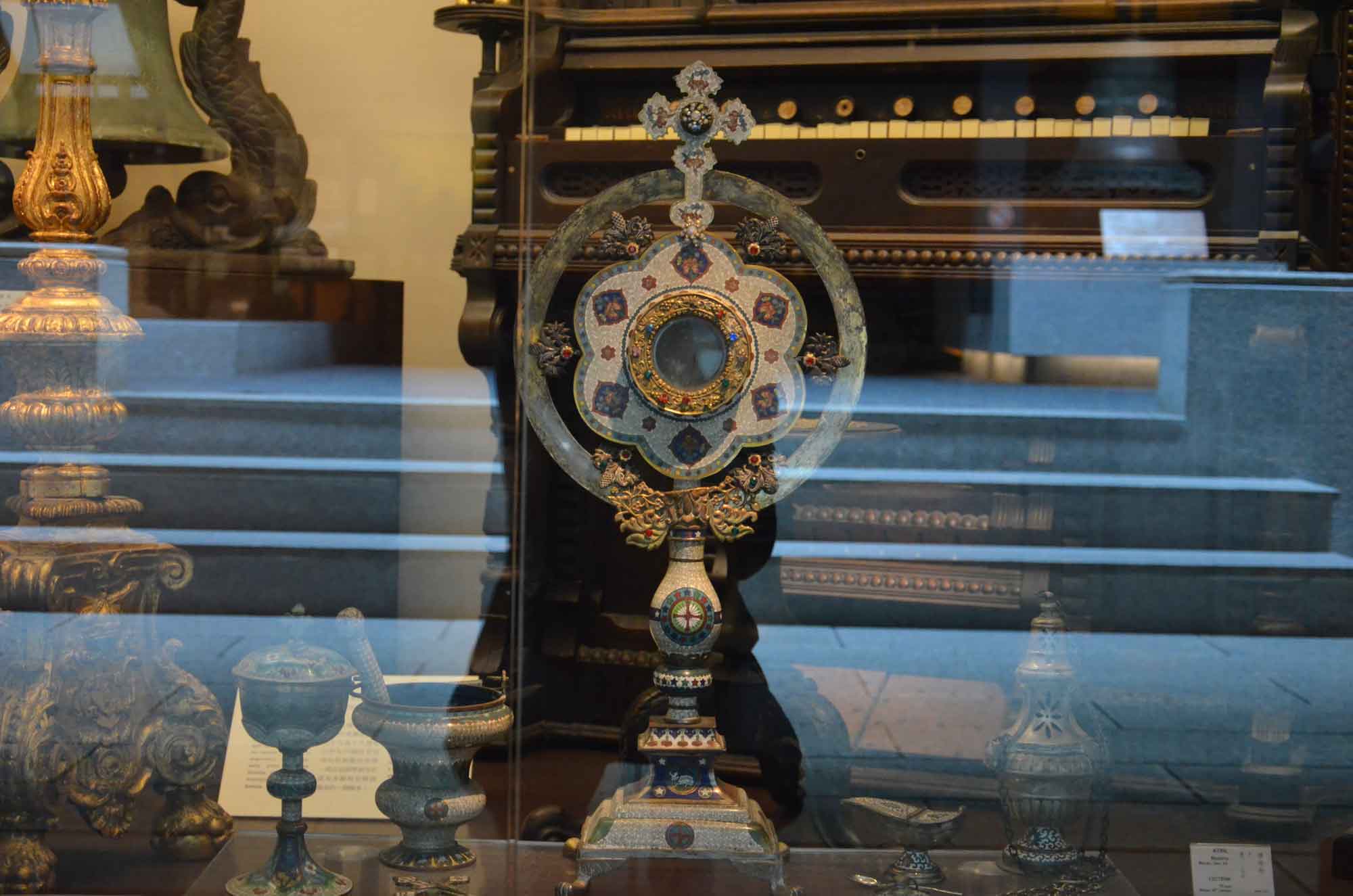 After having been there now, I wouldn’t go that far, but it’s still very good. 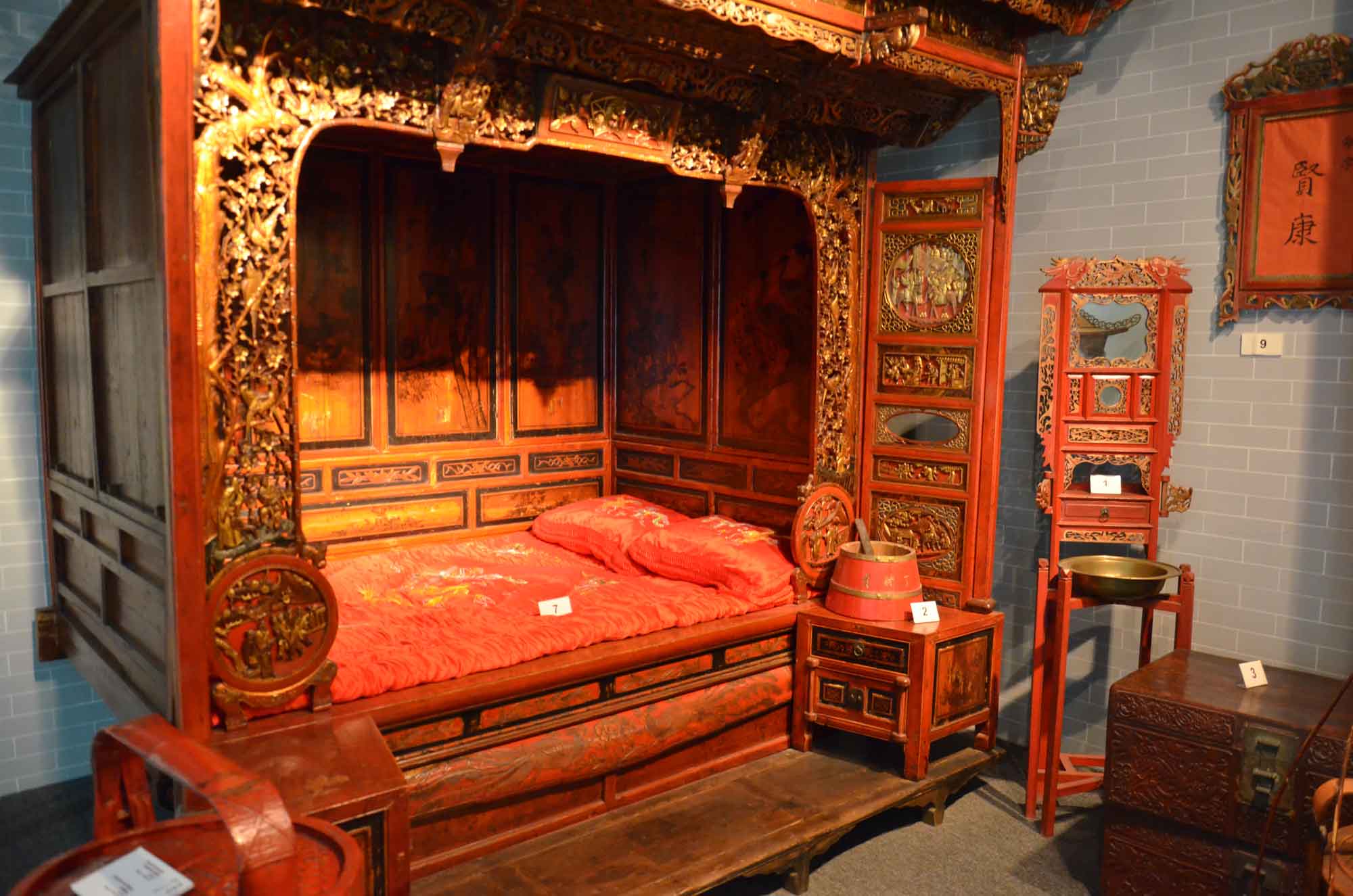 Extremely comprehensive, the museum covers everything from building design, shipping, and trade, to day to day life and local customs like marriage, religion, food, opera and sports. 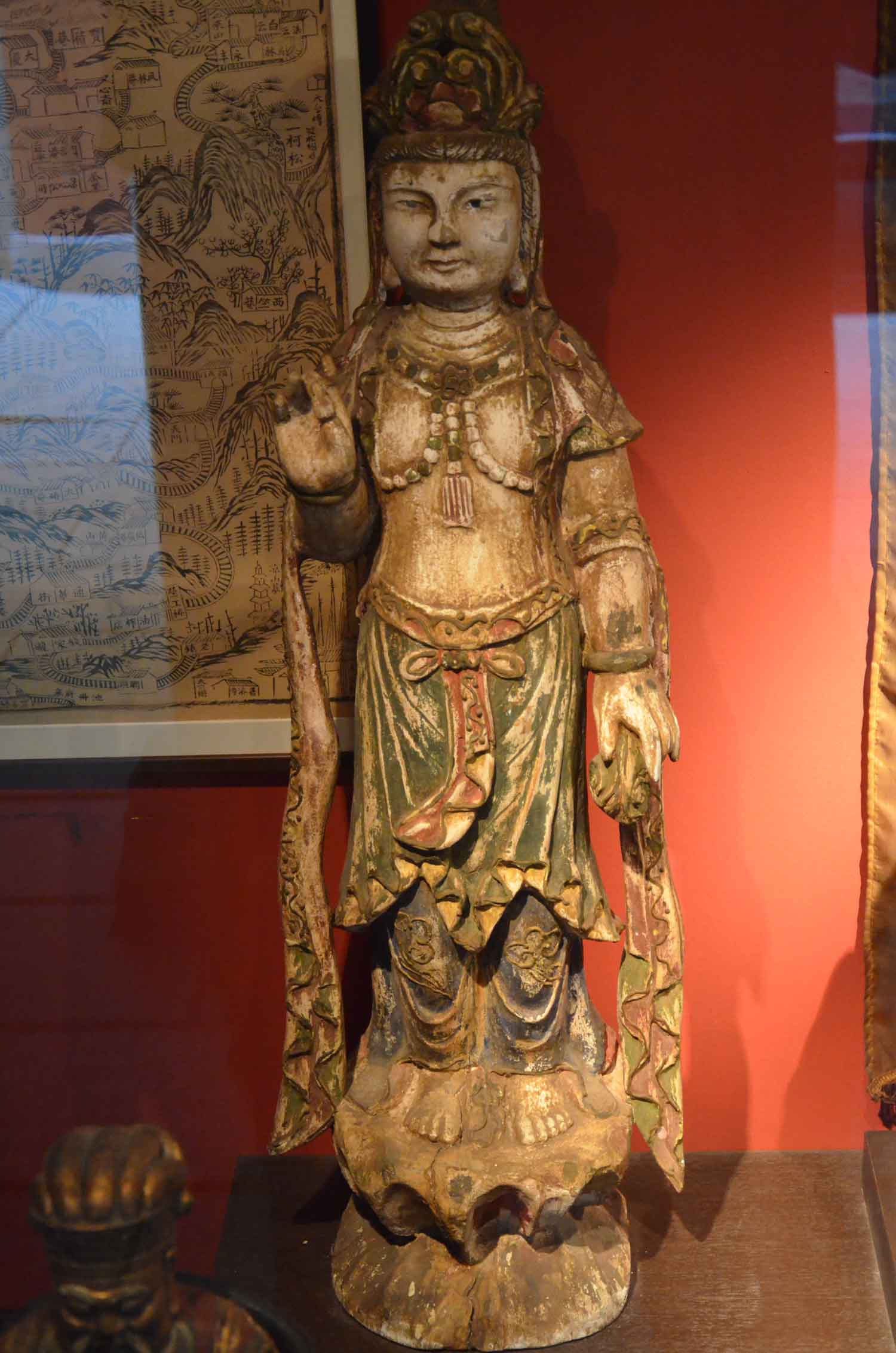 The exhibits I liked most were ones that showed the effect that East had on West, or vice versa. 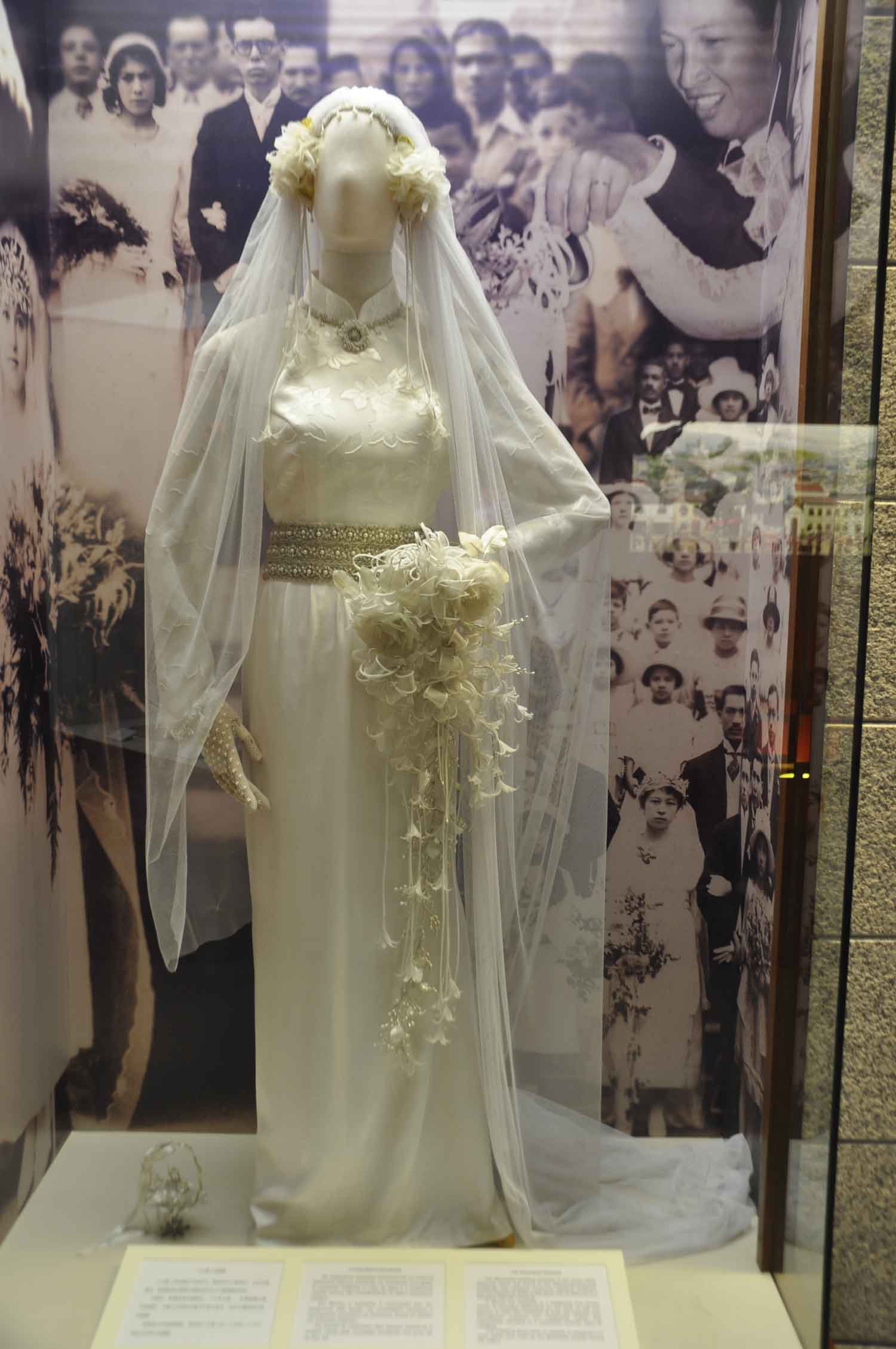 Mu Yi pointed it out with their wedding dresses, while I could see it clearly when looking at their traditional plates. 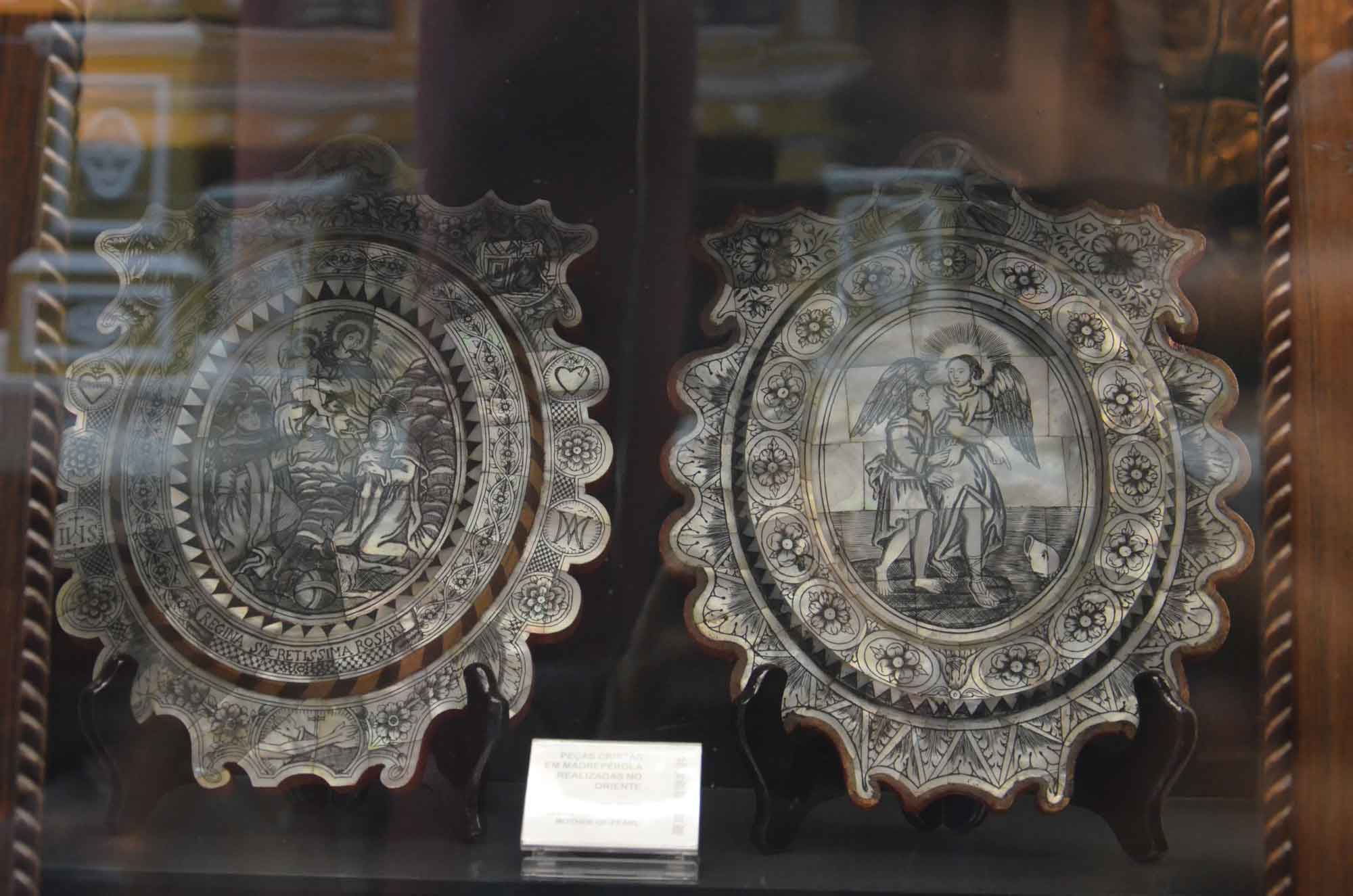 Drawings of Christian angels on decorative china was something I’d never seen in the Far East before. 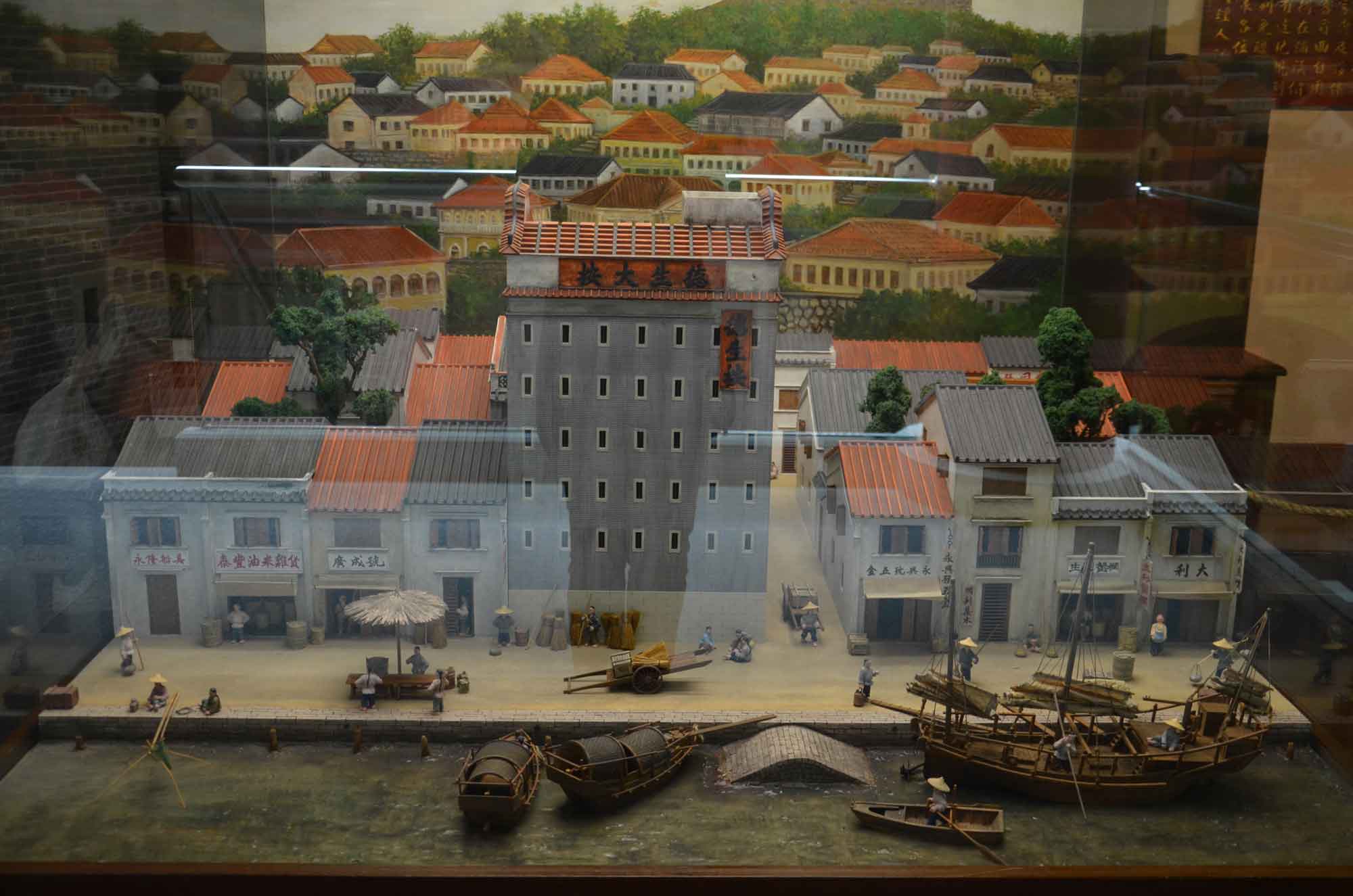 Other things I found interesting were that Macau pawn shops doubled as the city’s first banks.  Their security methods were so successful in thwarting thieves that people starting storing their valuables and money there instead of entrusting them to more traditional institutions.

Then there was the story of the champion cricket fighters that used to get buried in miniature coffins. 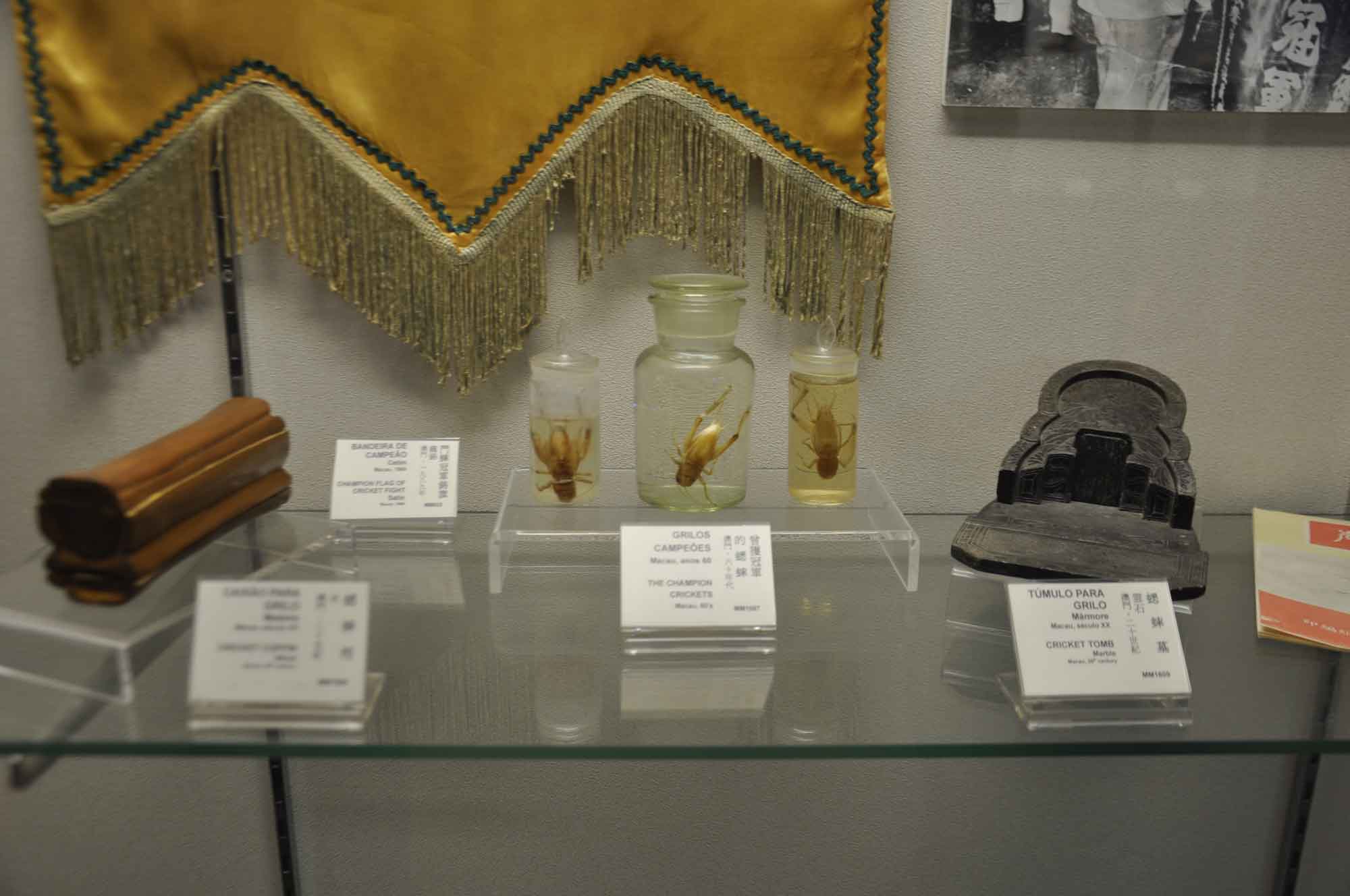 The crickets also seemed to grow exceedingly large, brought on by a signature diet of ground shrimp, red beans, goat liver, and maggots.

Finally I thought the story of the “water girls” was particularly charming.  Between 1920 and 1950, young girls had the task of delivering water to houses that didn’t have wells.  “After transporting the water, these girls would frolic merrily in the streets.  Their noisy clogs, the smell of rice cooking and the sound of children playing in the streets created the charms of old Macau.”  How nice! 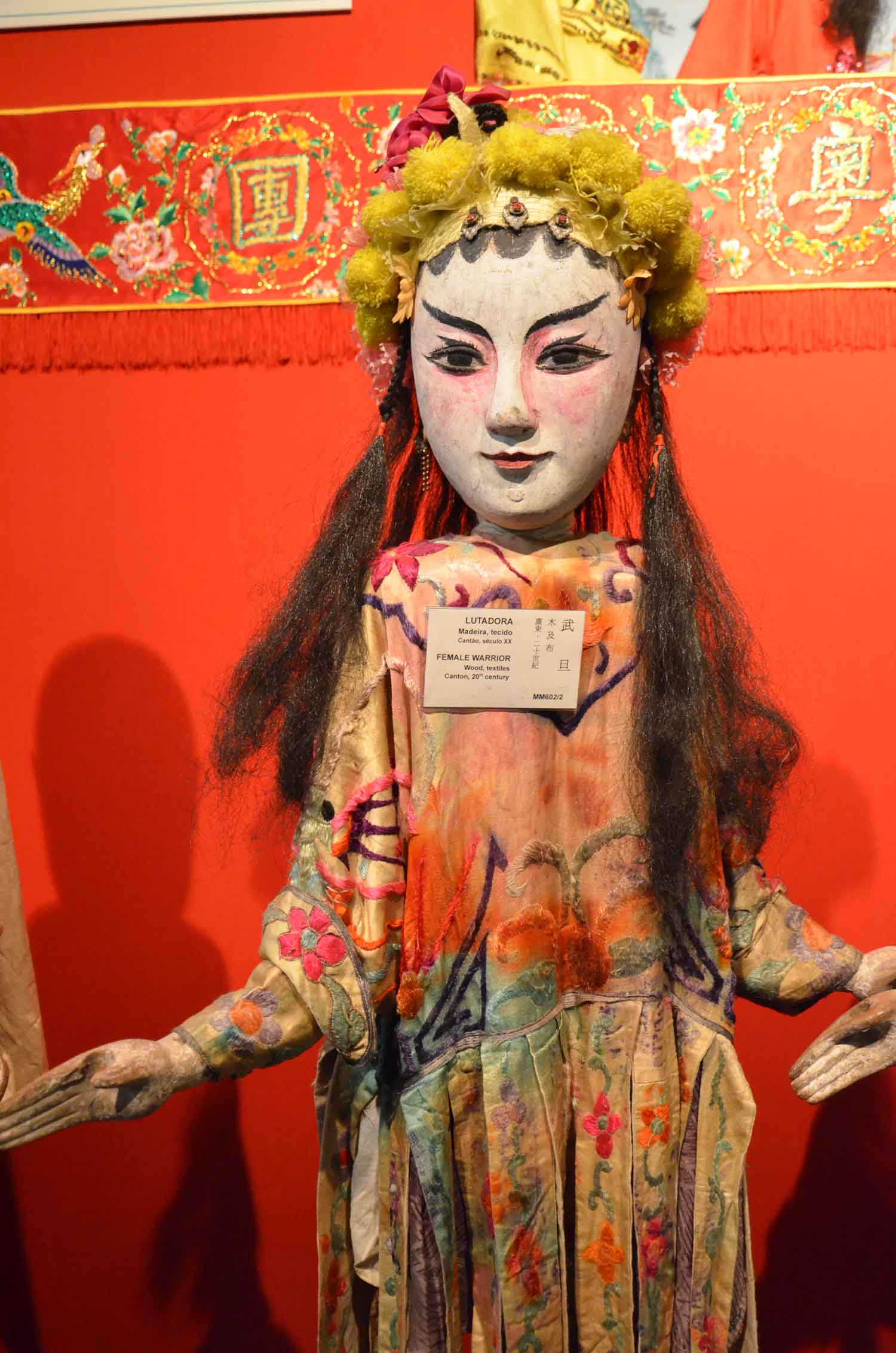 Only $15 to get in, the Macau Museum should be on everyone’s itinerary when visiting Macau.

Next it was onto the Grand Lisboa and Robuchon au Dome.  Of all the restaurants we planned to go to, this is the one we thought was going to be the best. 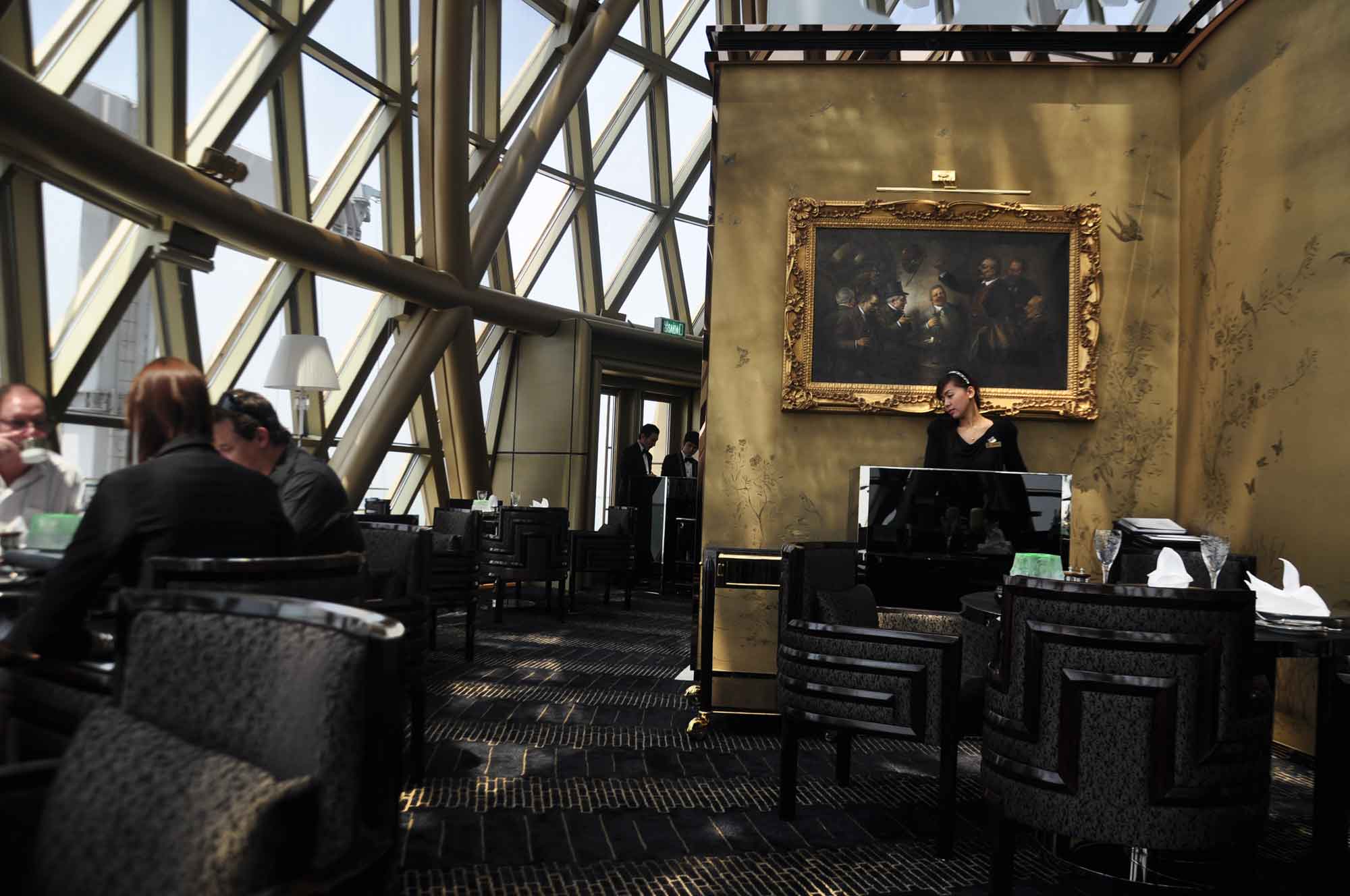 Situated at the top of the Grand Lisboa, in an absolutely gorgeous 3 star Michelin restaurant, with stunning views of Macau, hey, what could go wrong?

It turns out nothing really, except for the food. 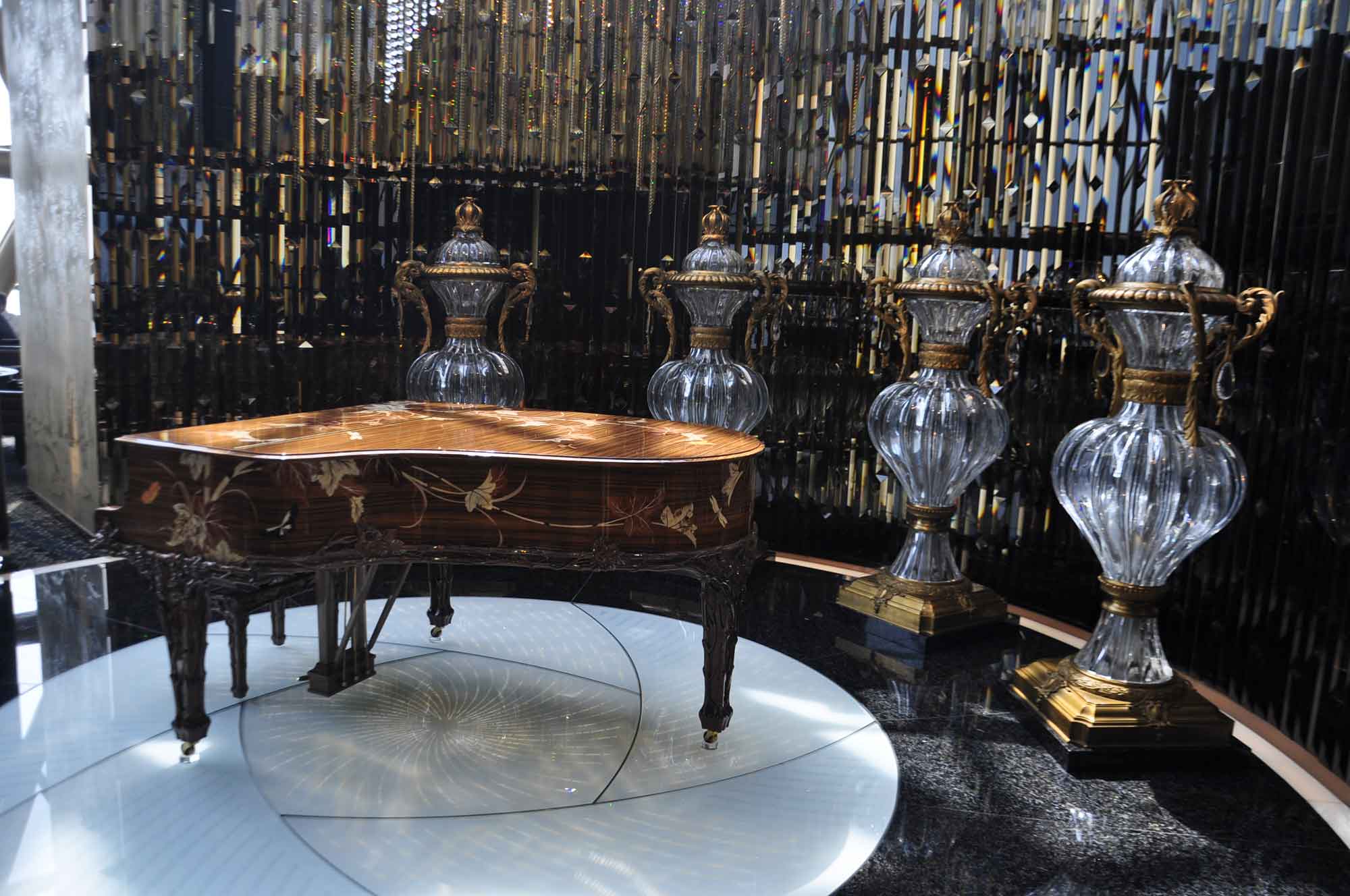 I can’t say that the meal was bad, only that is was very ordinary.  The soup and the fish, in particular, were big letdowns. 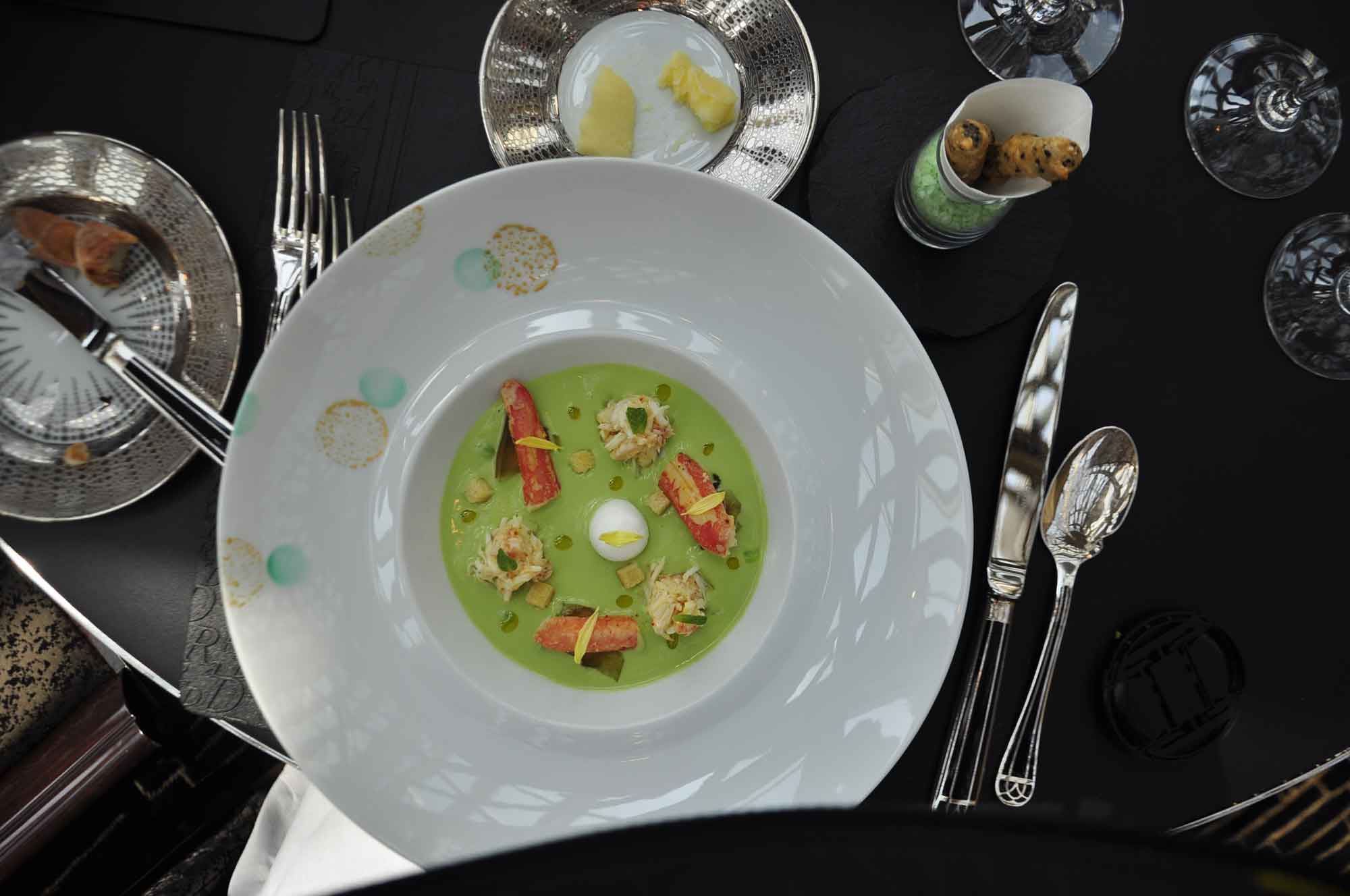 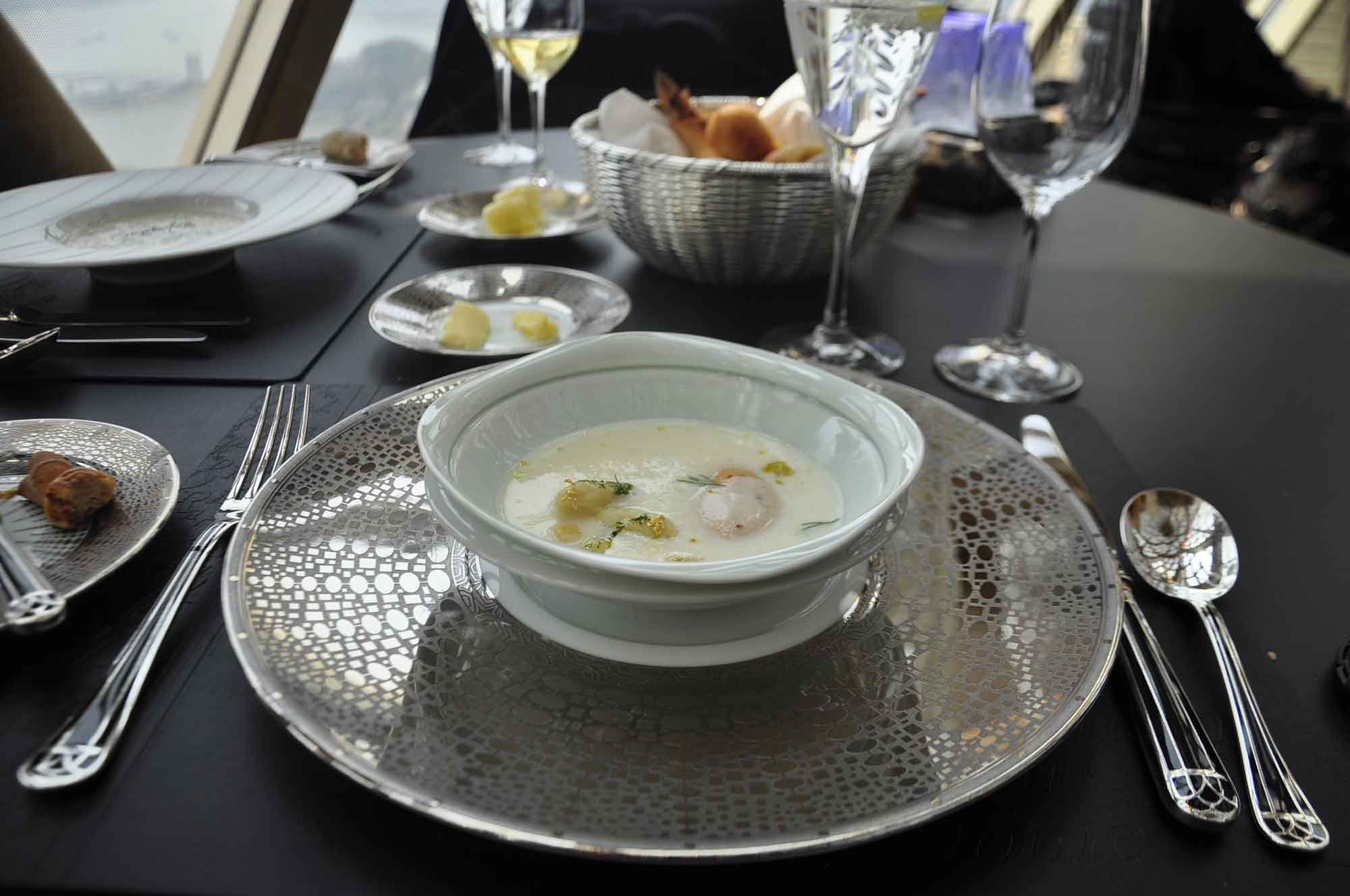 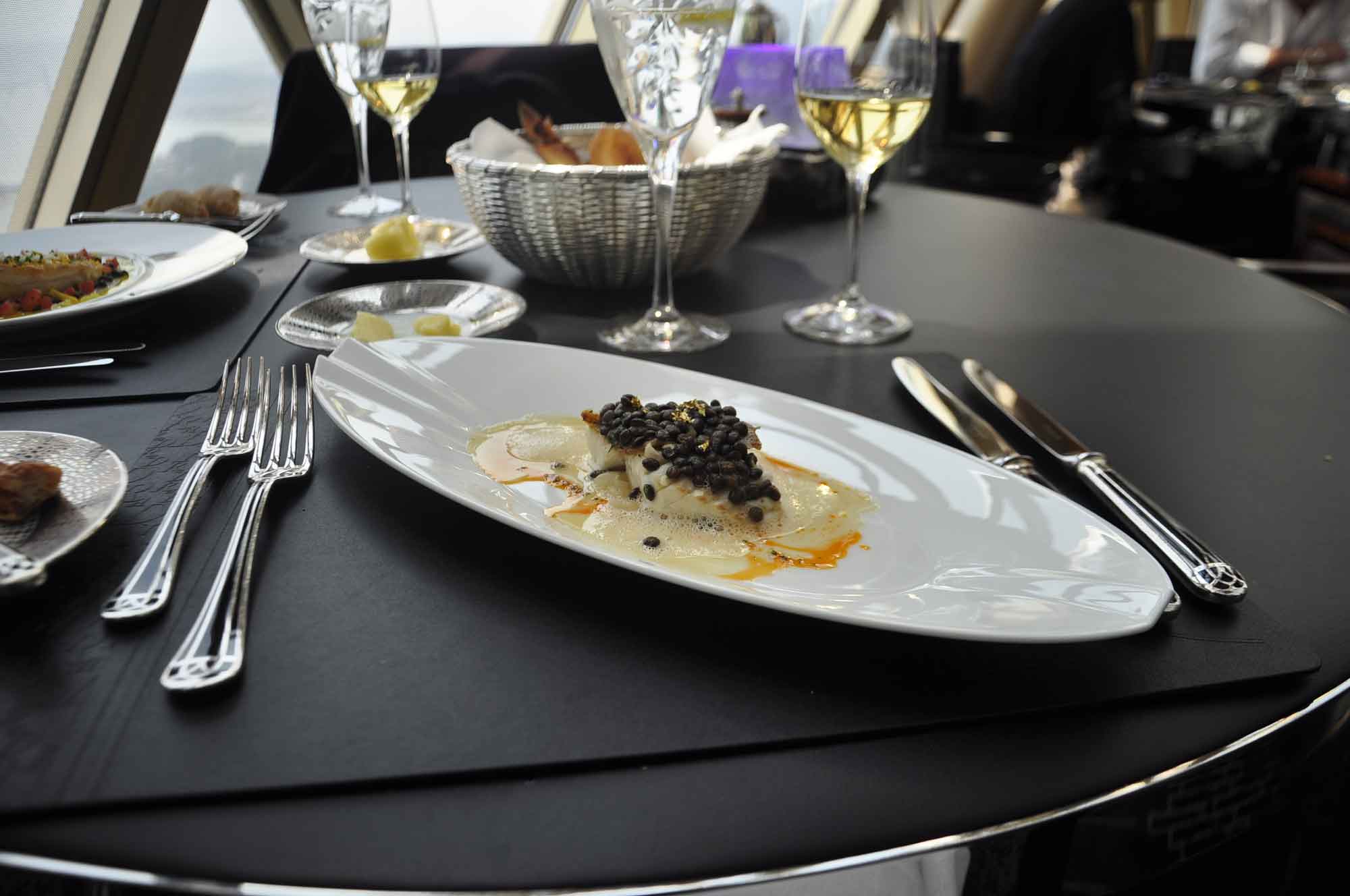 While the main course meat dish and seafood appetizer were much better, the servings were way too small.  Just as soon as I realized I liked it, it was finished.  I walked out of the restaurant 90 minutes later still hungry which should never happen after a set meal. 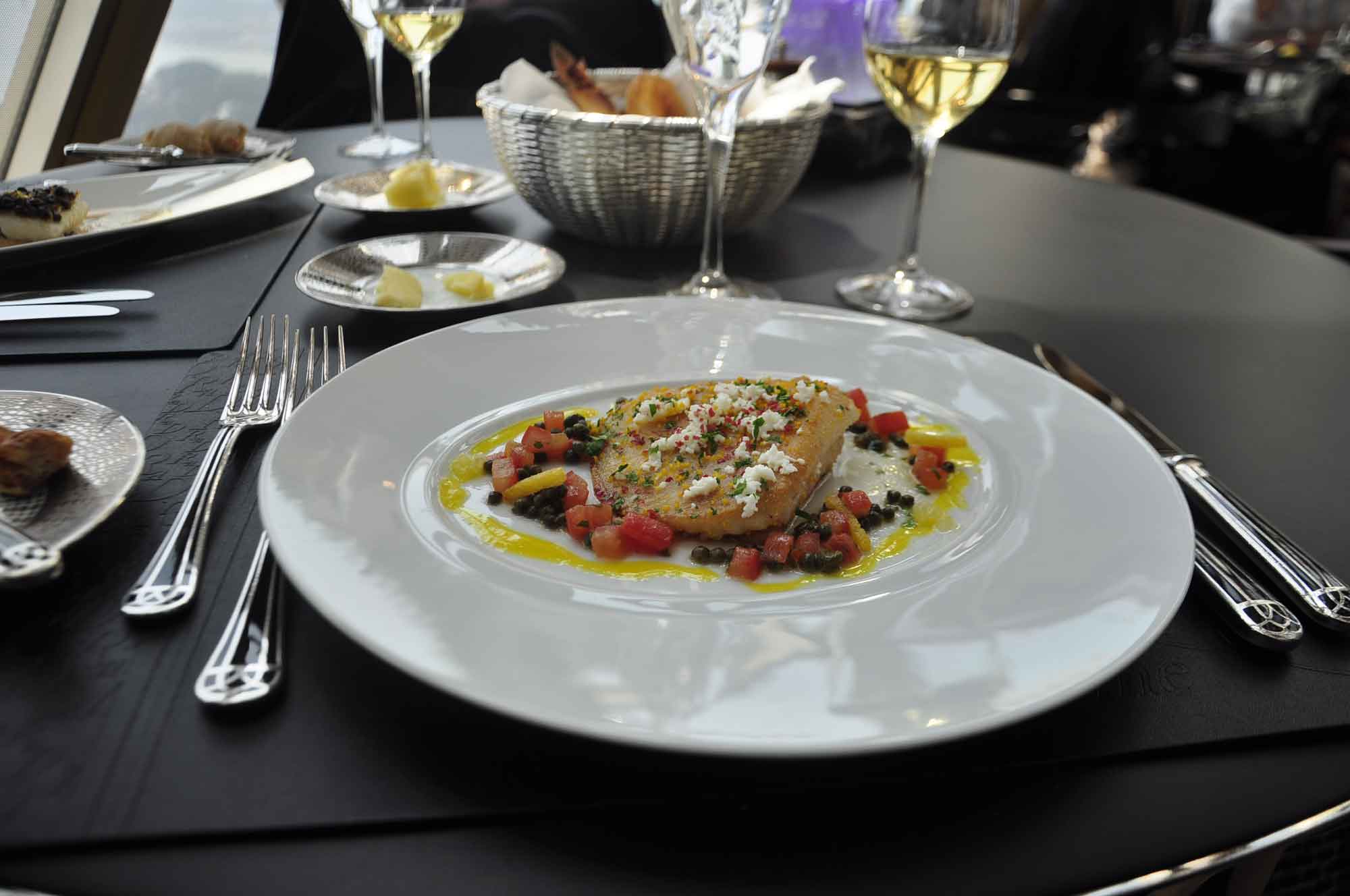 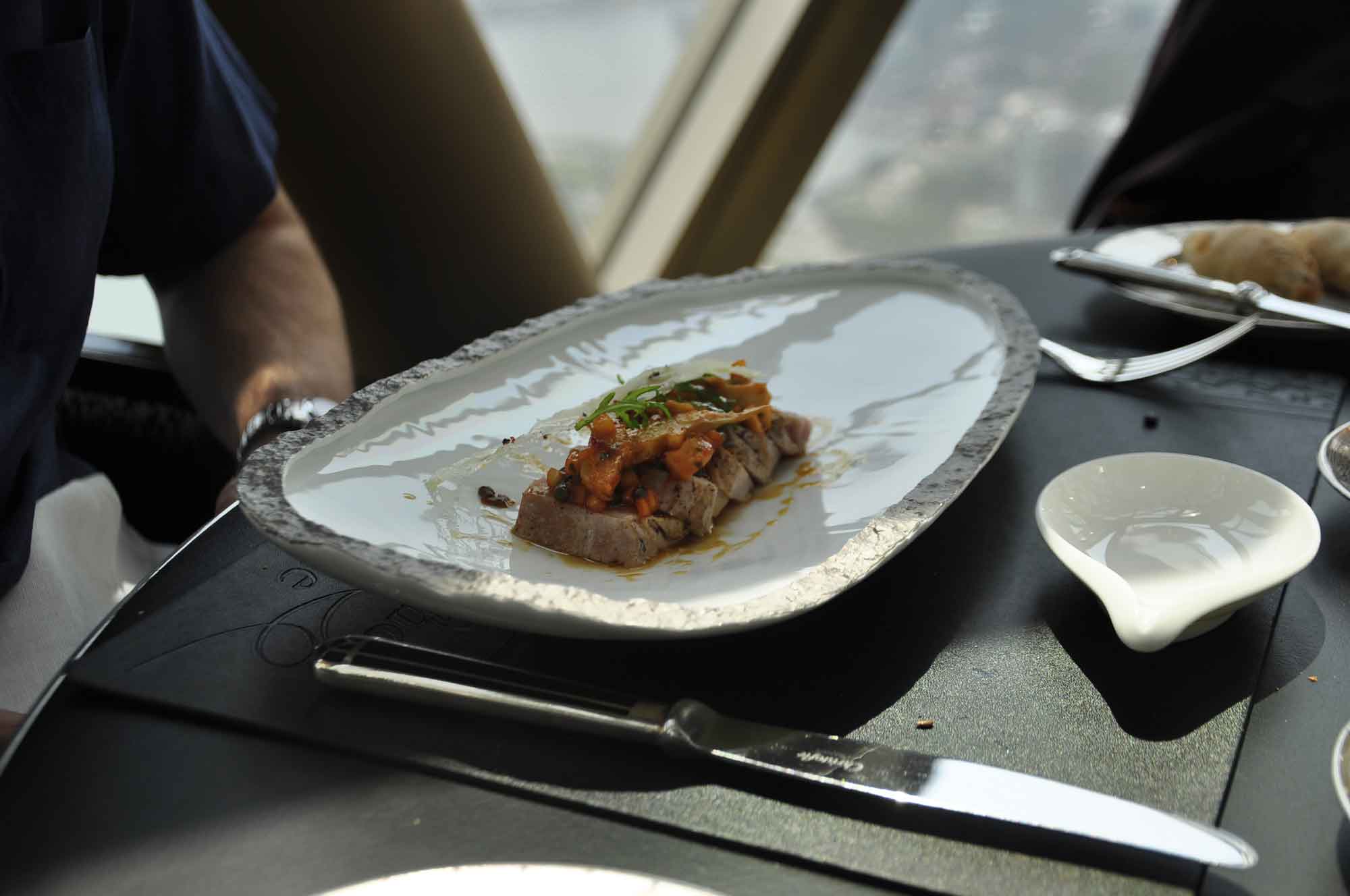 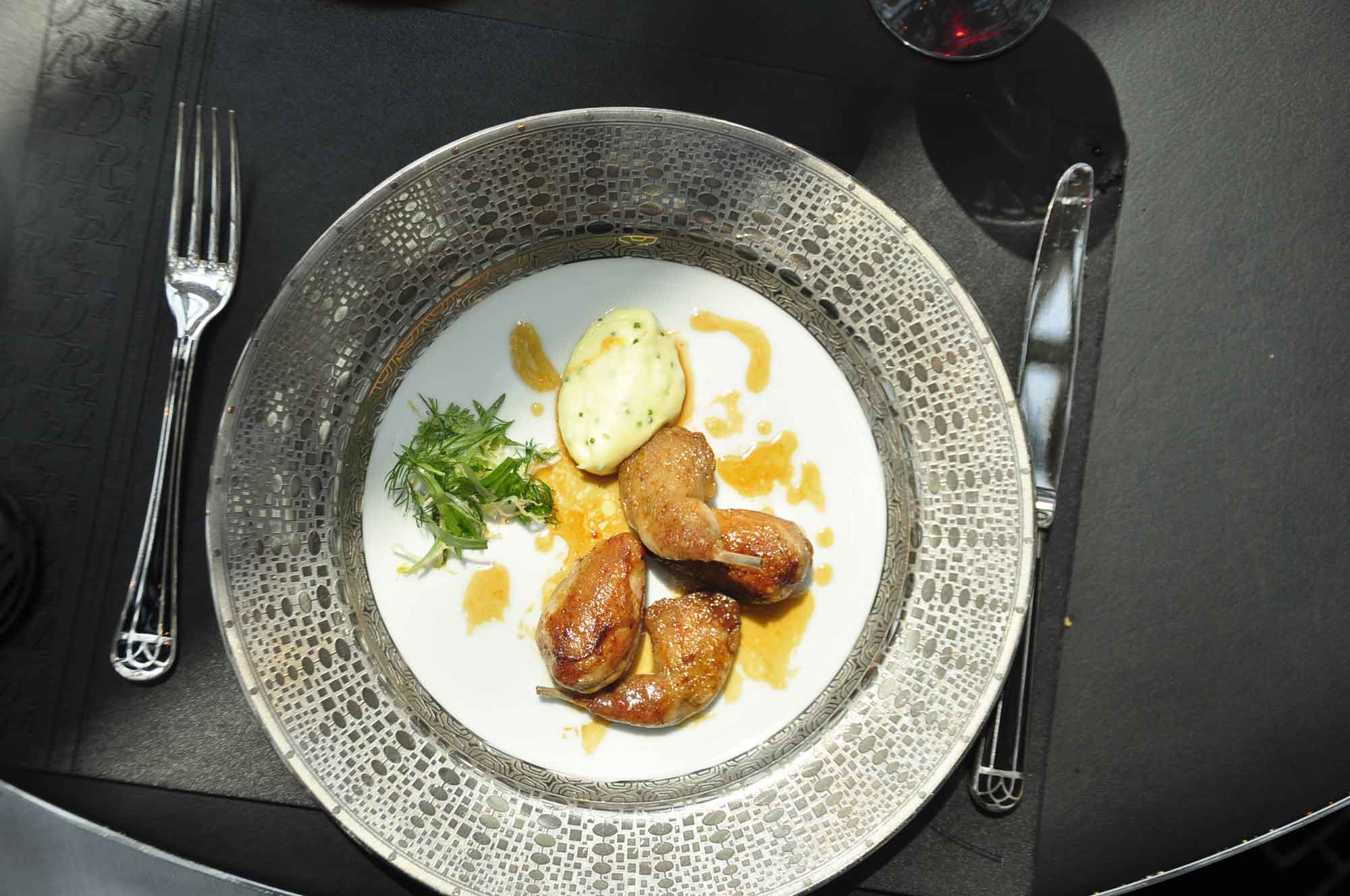 Grossly overpriced, what you’re paying for at Robuchon is the eye candy only – for the gorgeous restaurant visuals, silverware and presentation of food.  You’re certainly not paying for the food itself, which is regrettable, because we went there to eat.  Mu Yi summed it up perfectly when she said the best part of the lunch was the sparkling water. 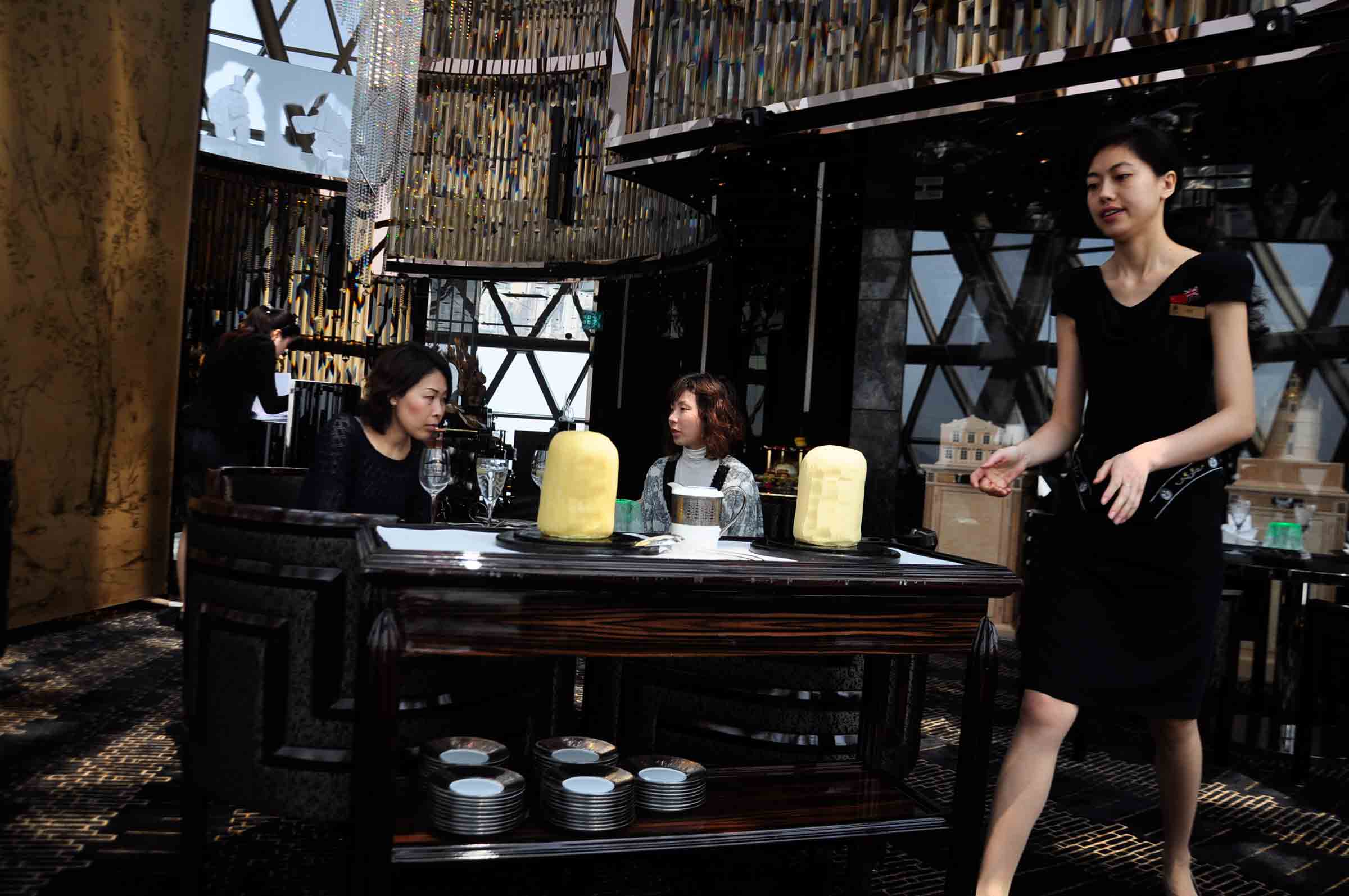 We both had the full set meal (three courses and dessert) along with three glasses of wine.  The damage ran $2267 in total, at least a grand more than it should have been.  At least the sparkling water was damn good though.