Most of the temples in Macau are either Buddhist or Taoist, and are built according to the principles of feng shui.  In ideal circumstances, they face the sea or a broad field, and/or back onto a mountain.  That’s so they can see evil dragons and other such nefarious spirits coming.

The roof is usually very complex, decorated with porcelain statues and other auspicious symbols, like dragons and carp.  In more affluent temples, there are also finely carved wooden pictures and clay friezes.

Temple guardians are usually painted on the entrance doors, which are often flanked by two stone lions.  The main feature inside is the altar, with is usually decorated with candles and flower vases, along with offerings of fruit and drinks.  Two imposing statues are often placed there: Thousand-Li Eye who wields an axe and sees all, and Favourable Wind-Ear, who can hear everything.

In terms of deities, the four most popular ones in Macau are the Buddha, Kun Iam (Goddess of Mercy), Tin Hau (or A Ma, Goddess of Seafarers) and Kwan Tai (God of Riches, Literature, War and Pawnshops).

Temples are individually managed and financed by worshippers, so if you visit, dropping 5 or 10 Mops into the donation box might go a long way.

Let’s begin then with major temples situated around Camoes Park.

Originally this temple was nothing more than a stone tablet dedicated to Grandpa Shi Gandang. 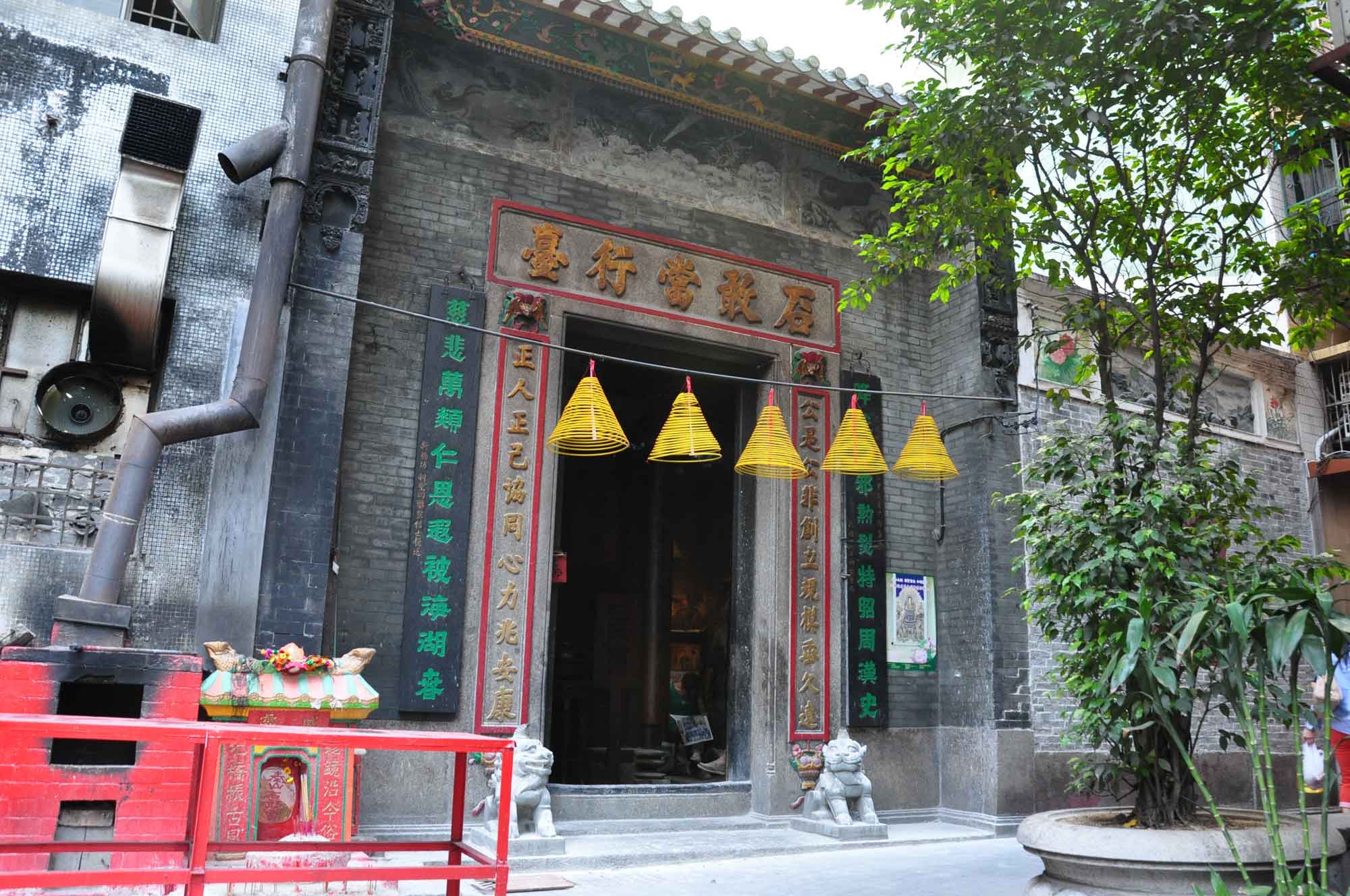 In 1894, locals decided that a stone tablet didn’t do the man enough justice, so they built a temple as well. 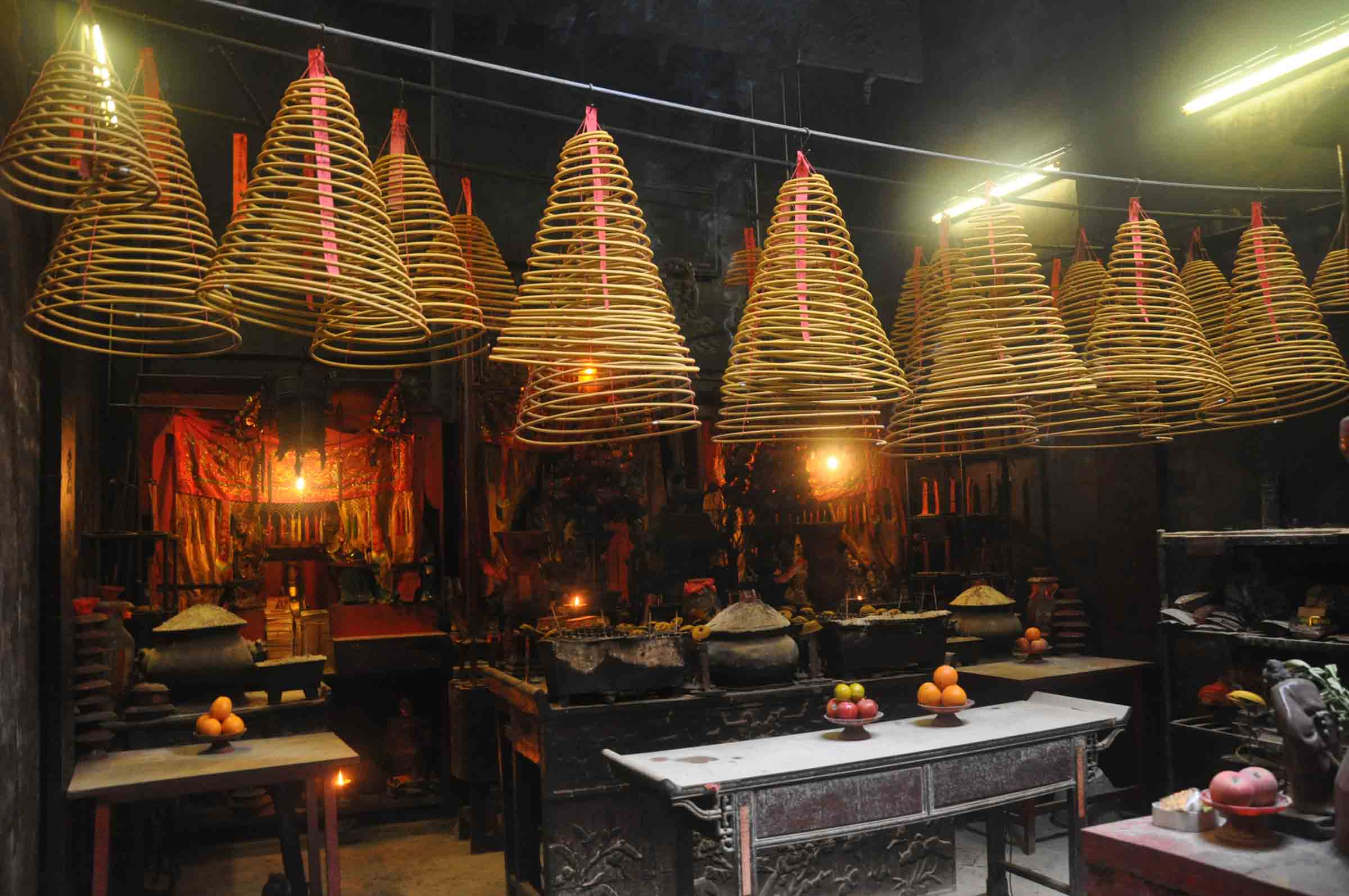 One of only two Shi Gandang temples in the world – the other being in Jinan, China – the Macau version is said to be much better. 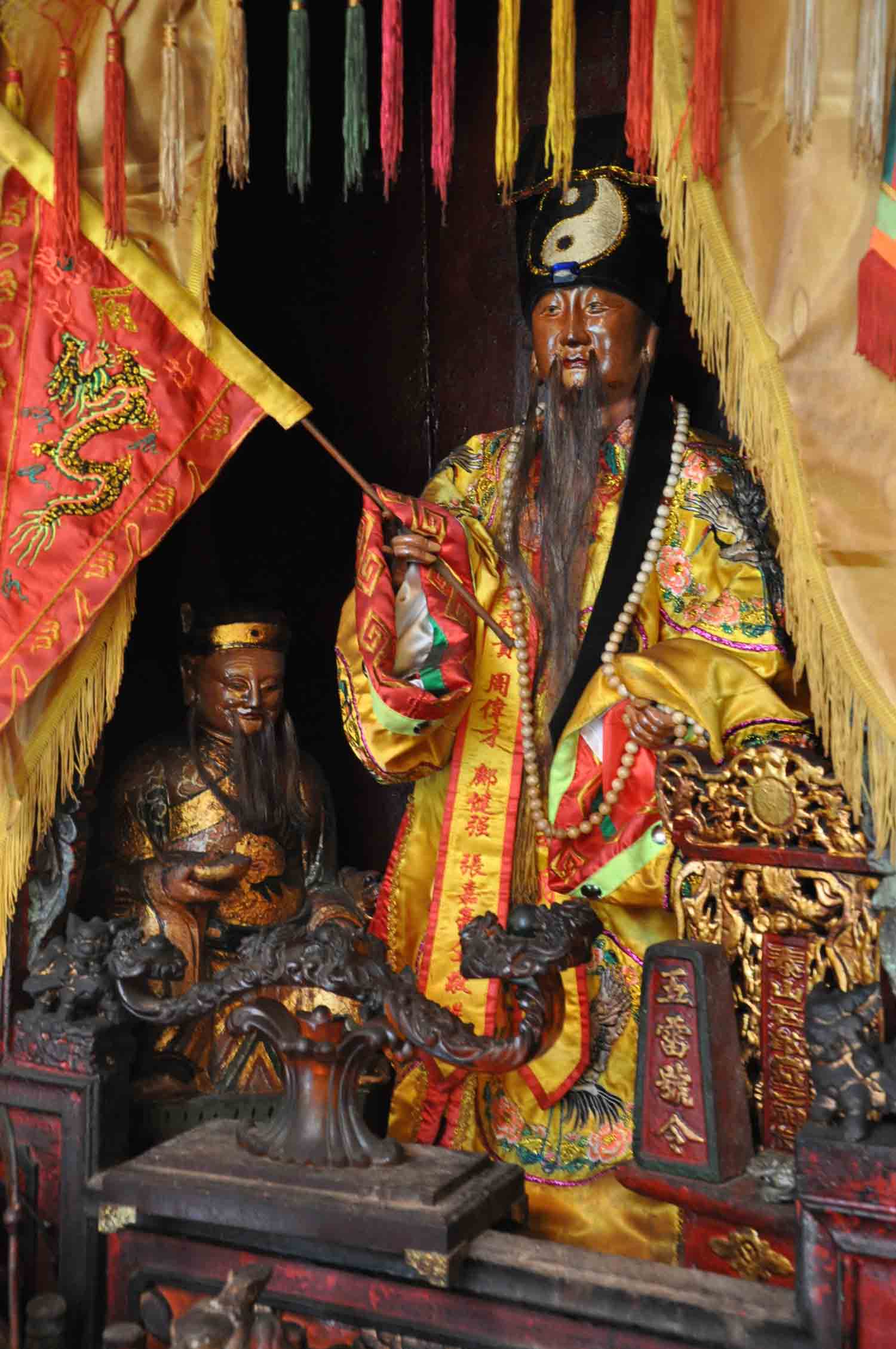 This small complex is composed of three adjoining temples: Pao Gong Temple (1889), Nam San Temple (1889) and the Temple of Divinity of Medicine (1893). 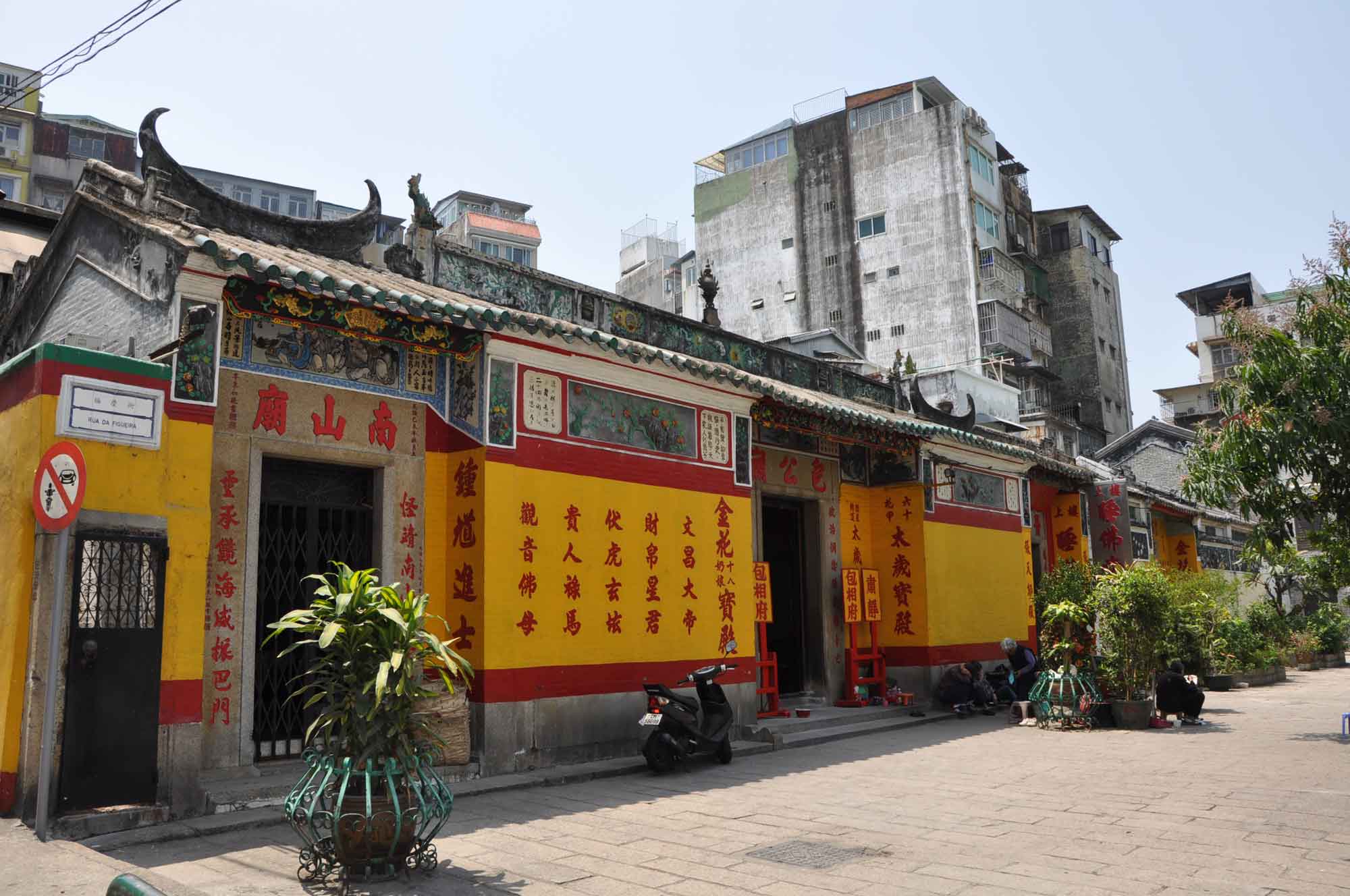 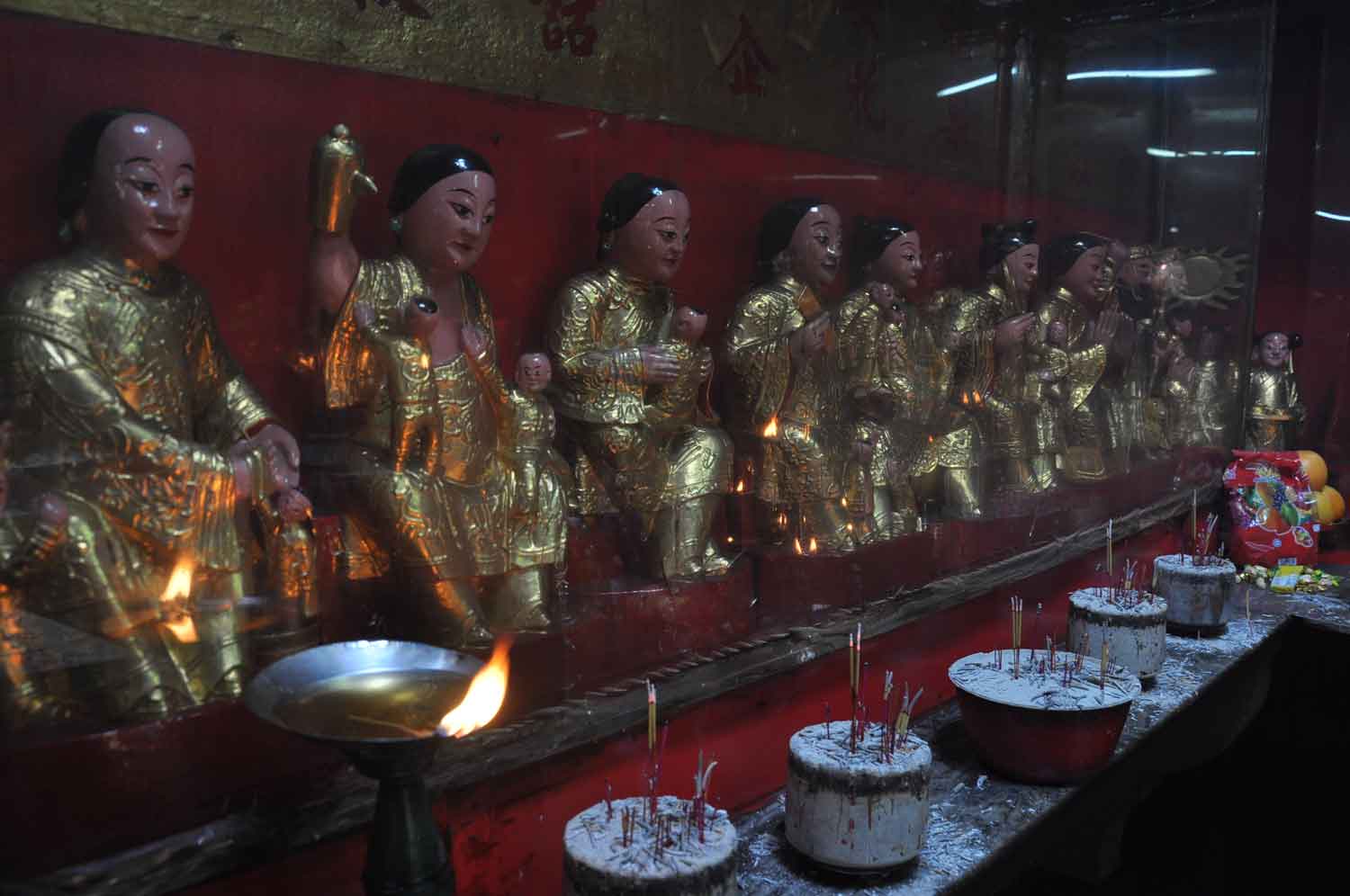 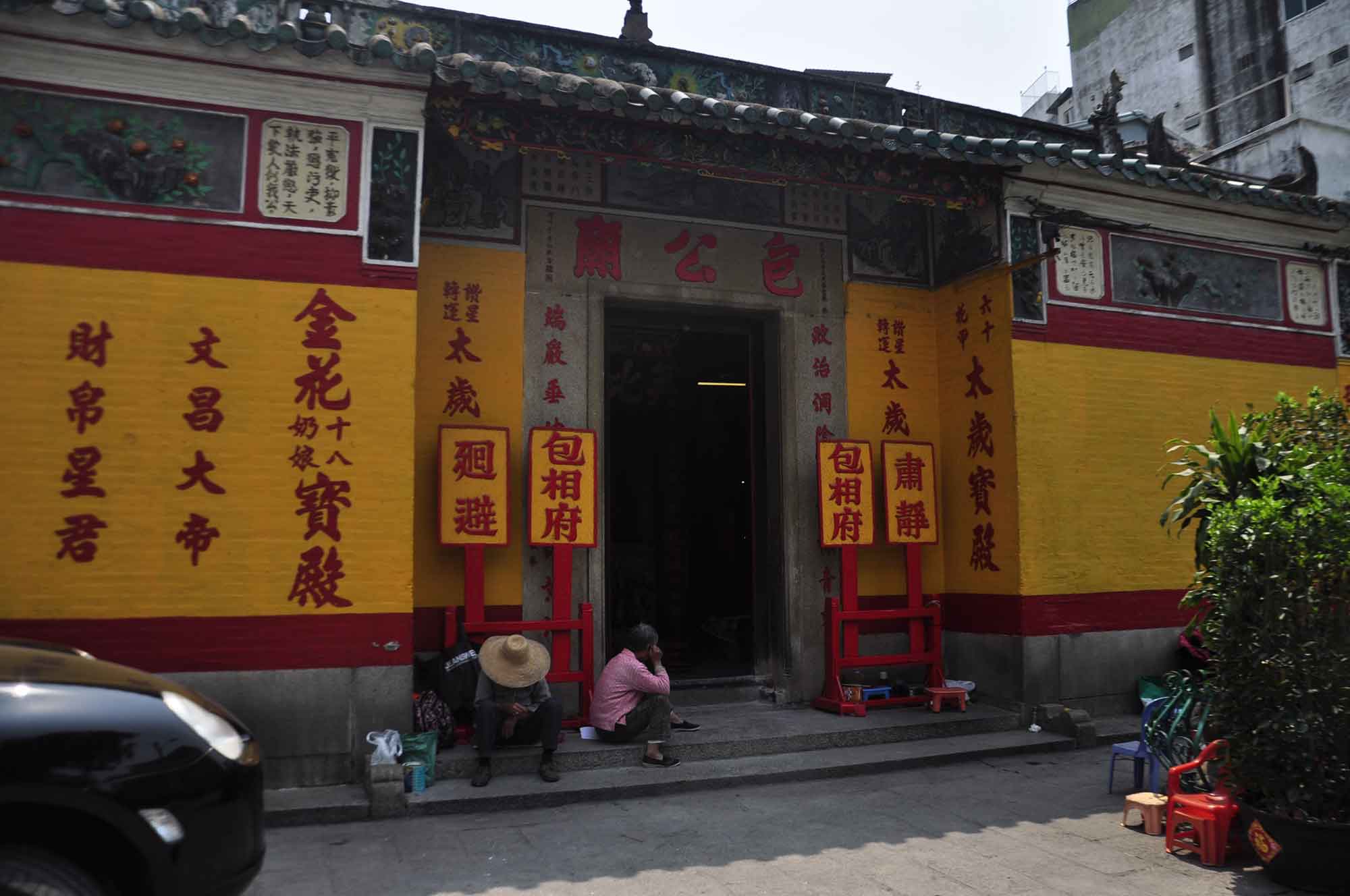 It’s a popular place of worship among pregnant women, who pay respect to the God of fertility and child rearing. 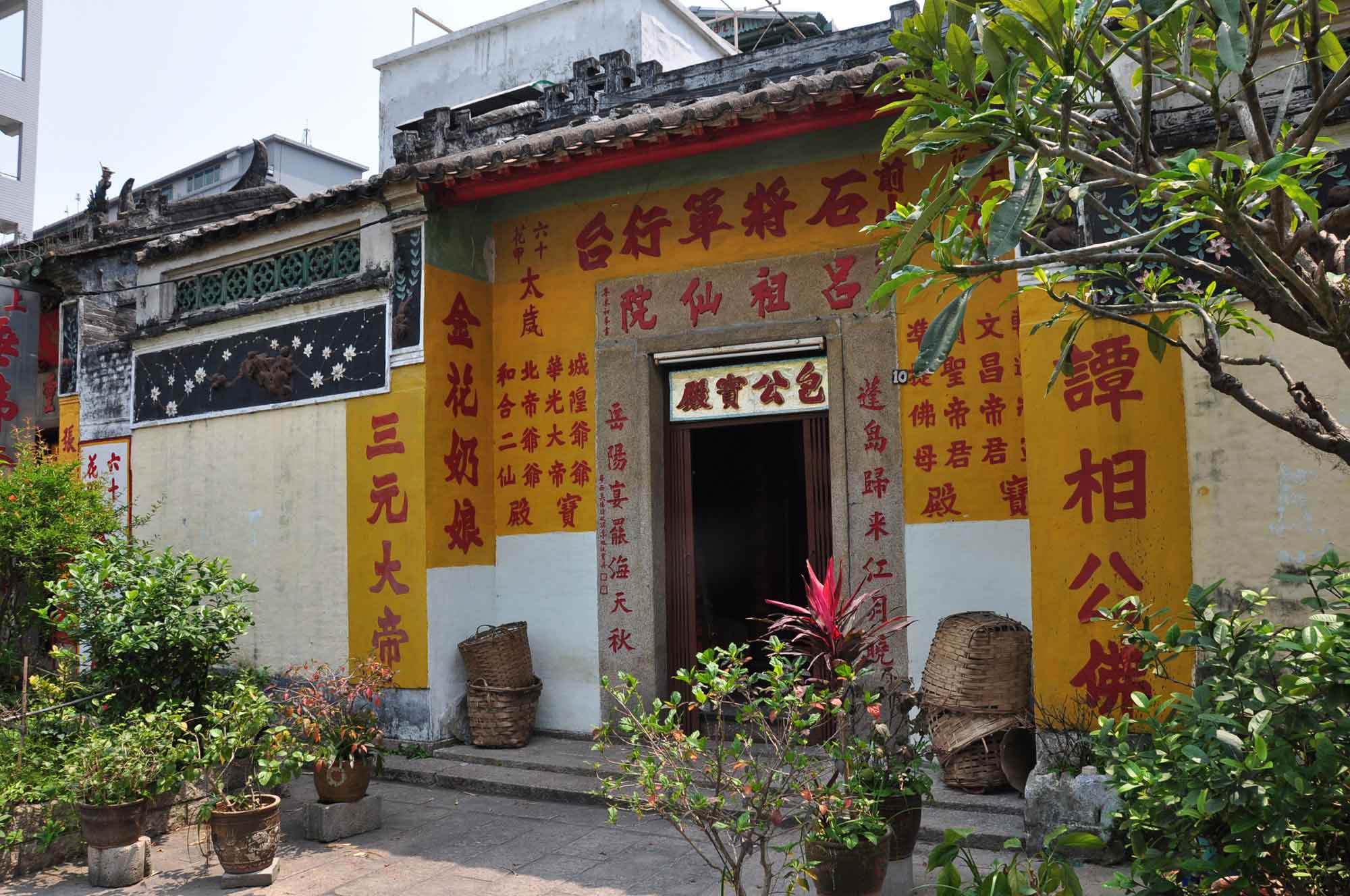 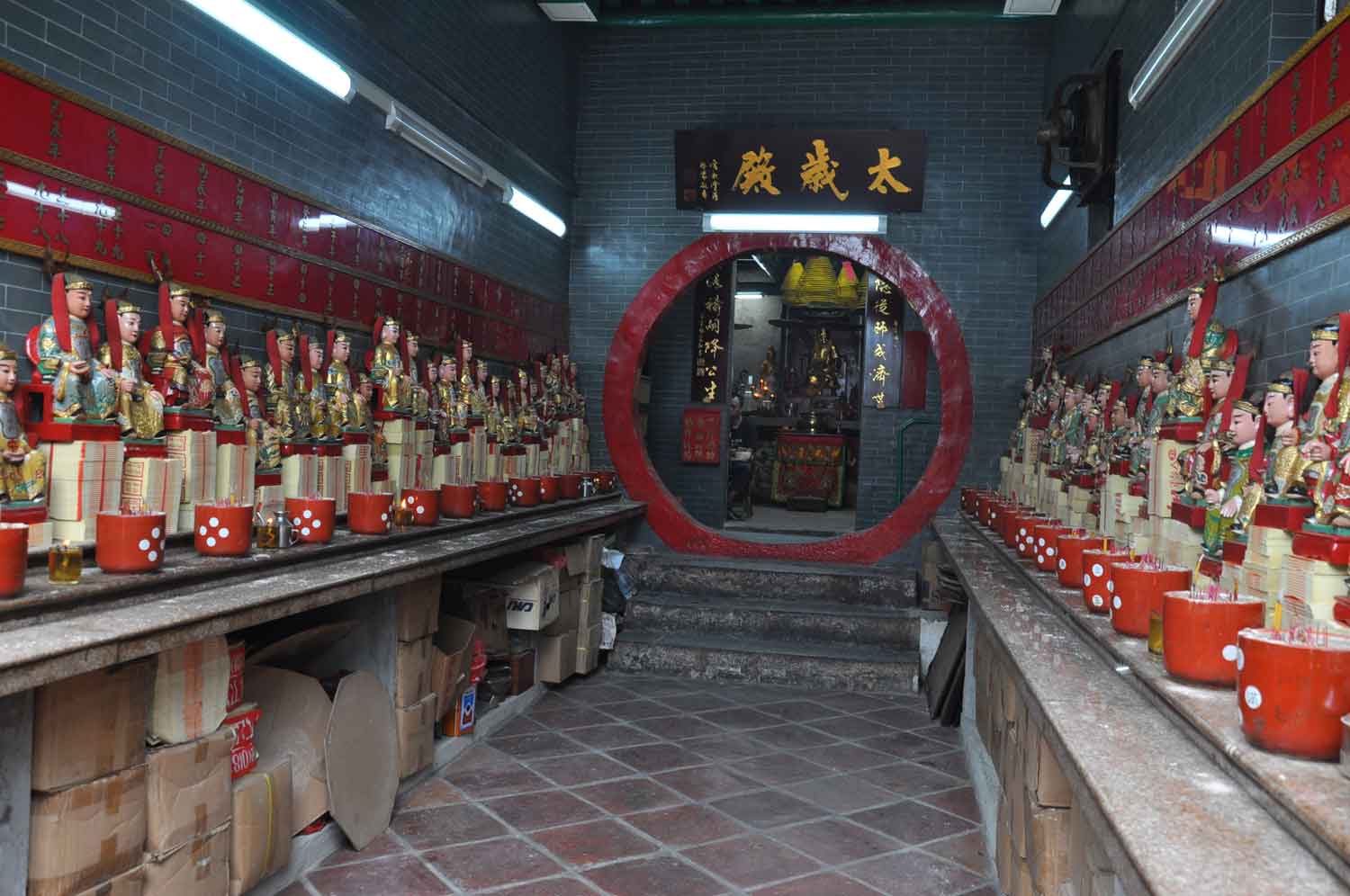 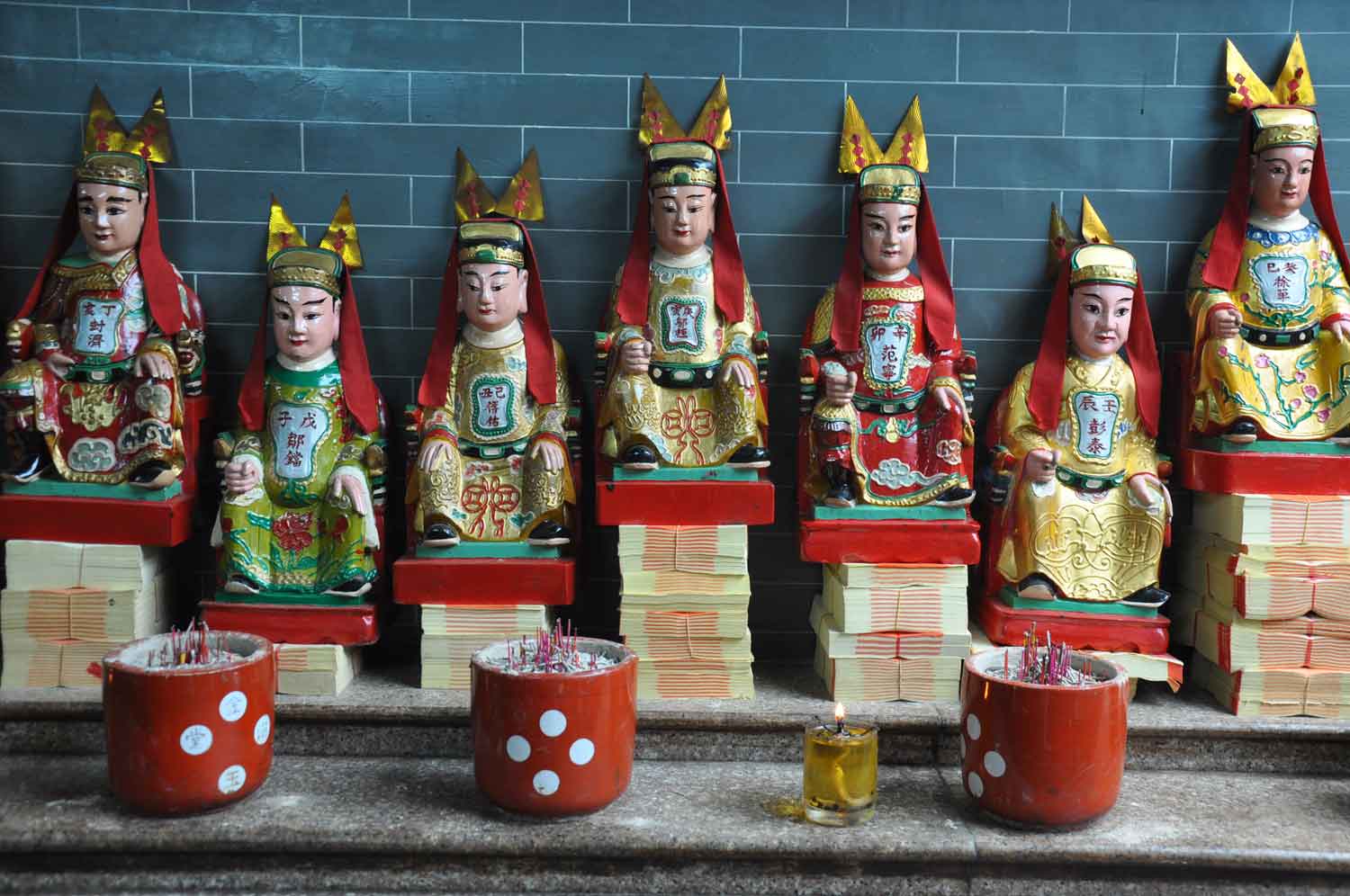 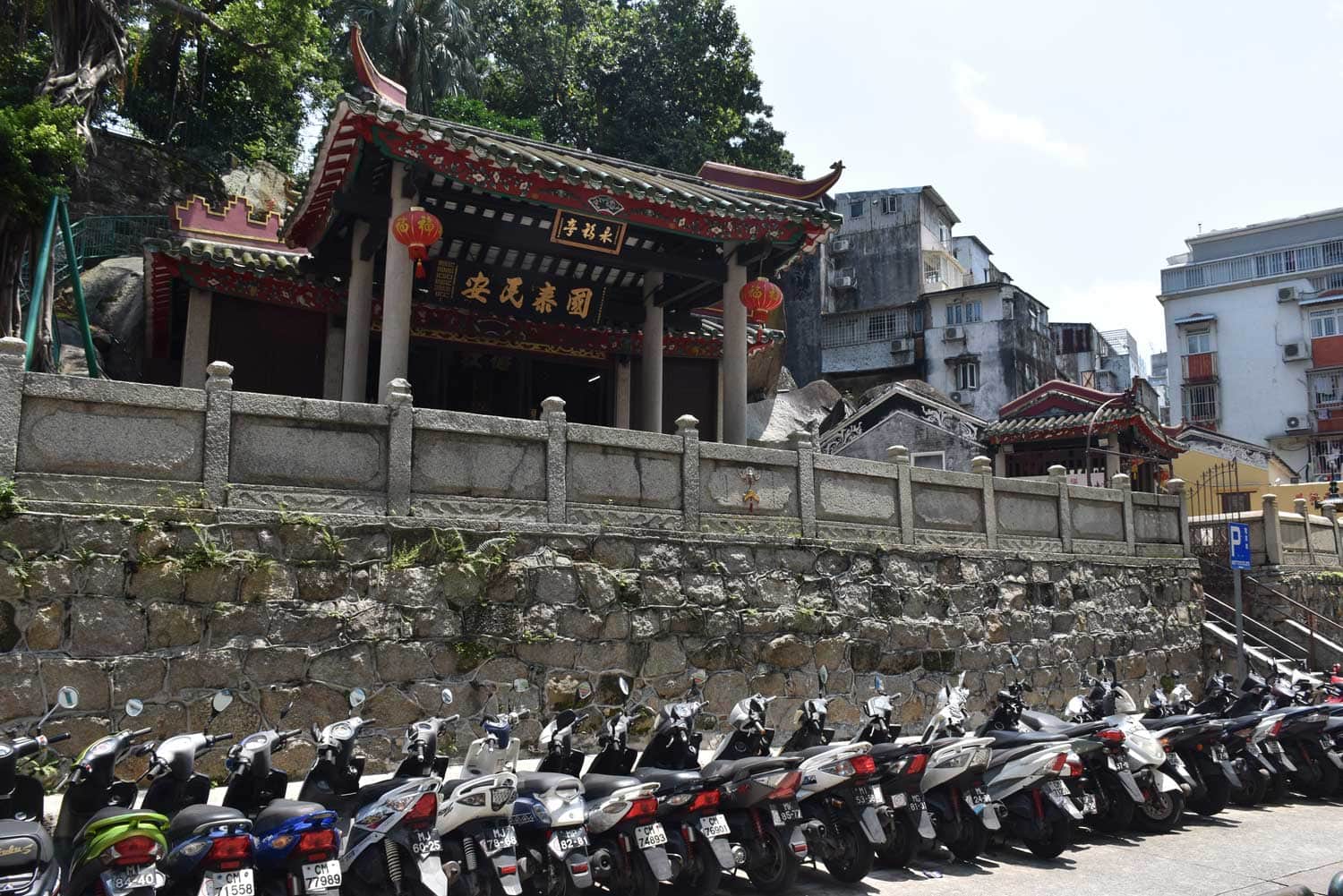 Located on the Northern side of Camoes Park, Tou Tei Temple was founded in the late Ming Dynasty. 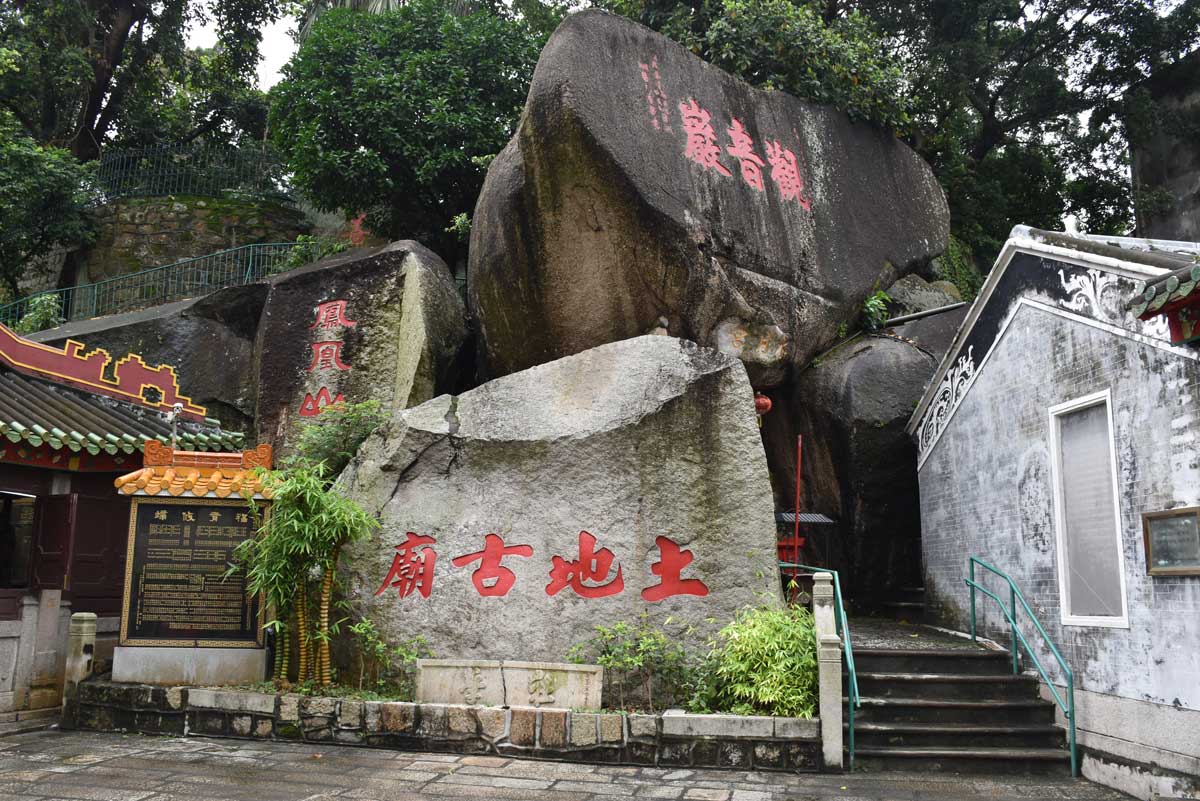 One of the oldest shrines in Macau, it has a history of over 600 years. 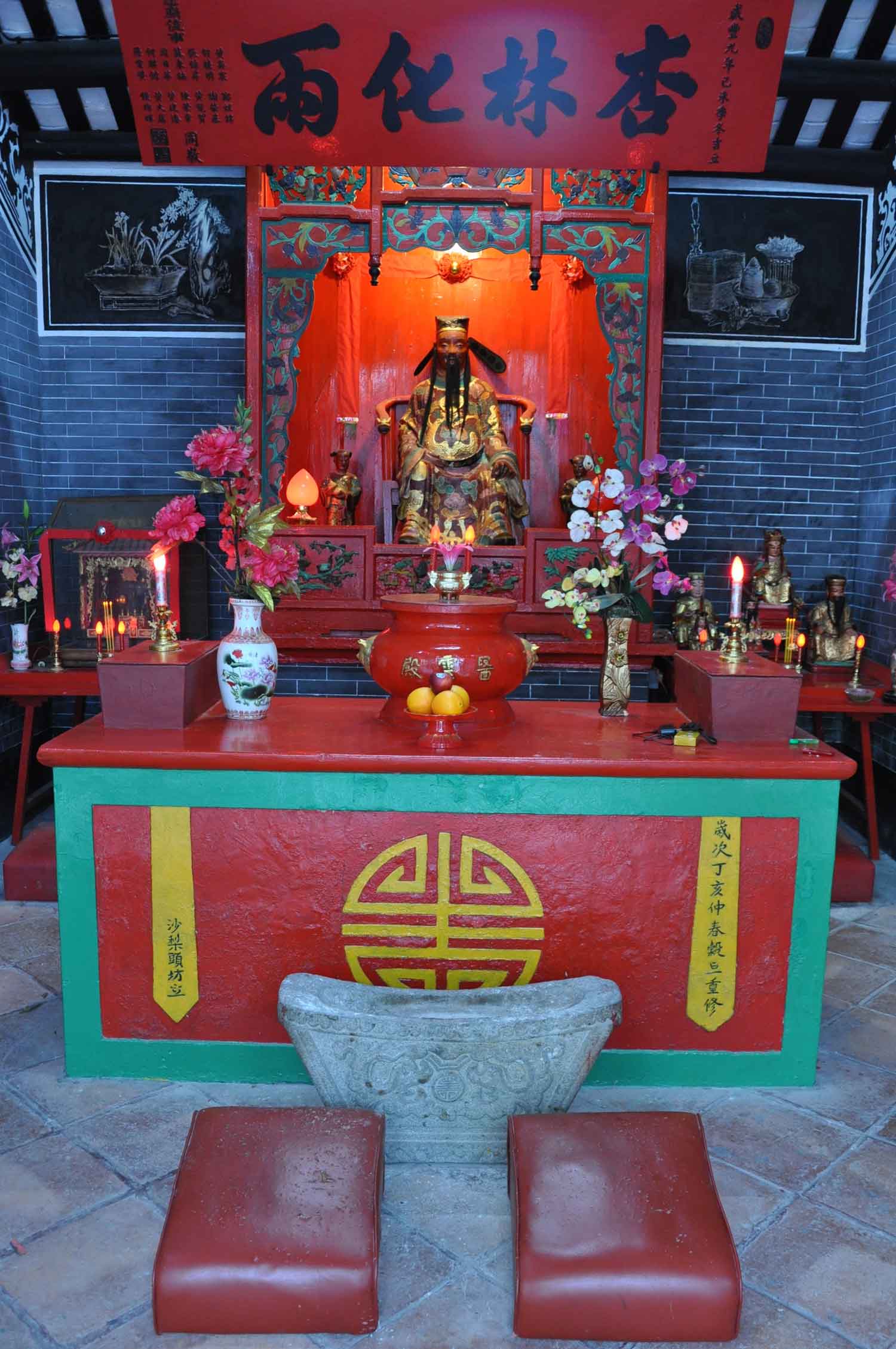 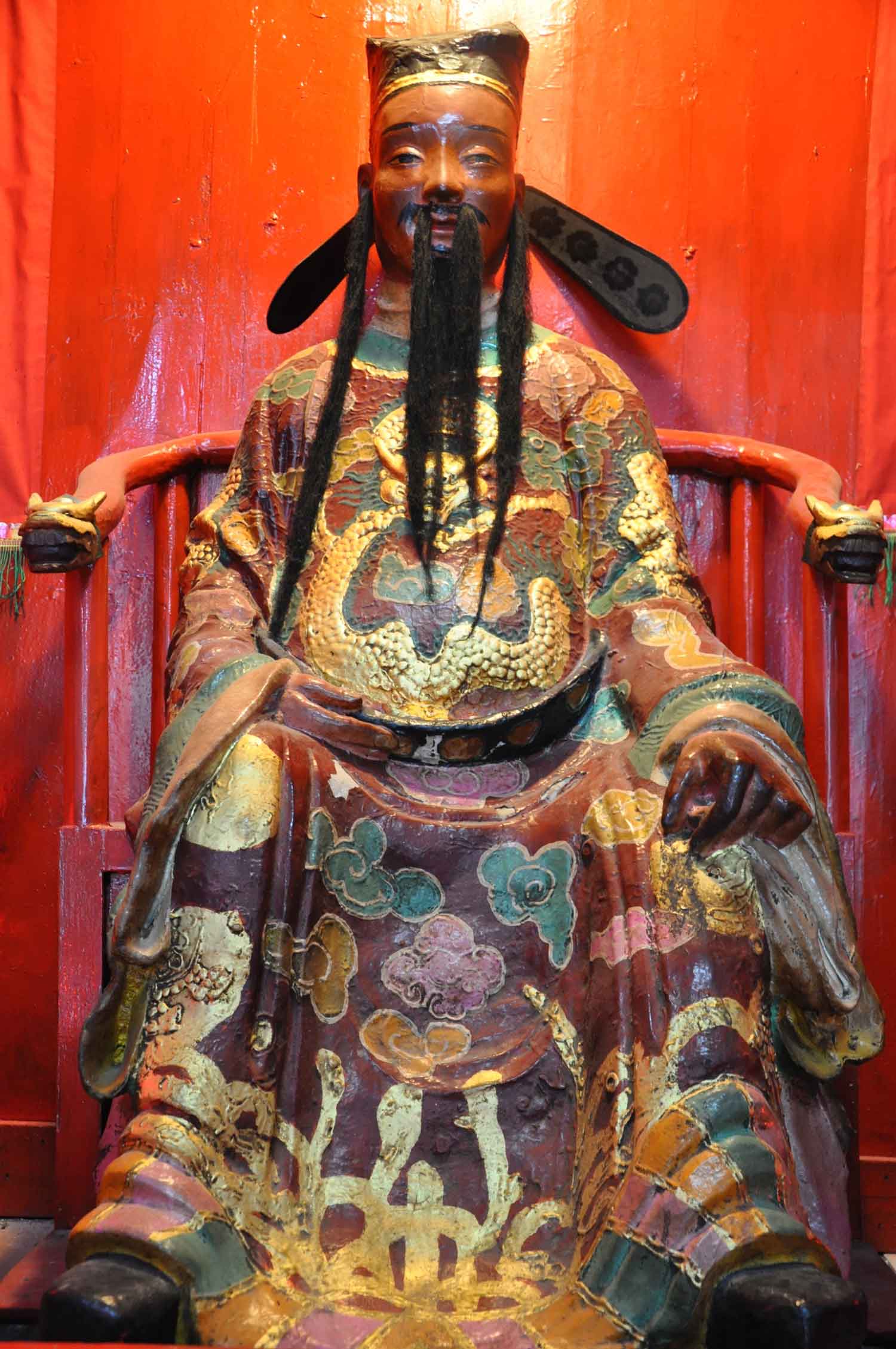 Every year the Earth God Temple is home to the Feast of Tou Tei Festival in February or March. 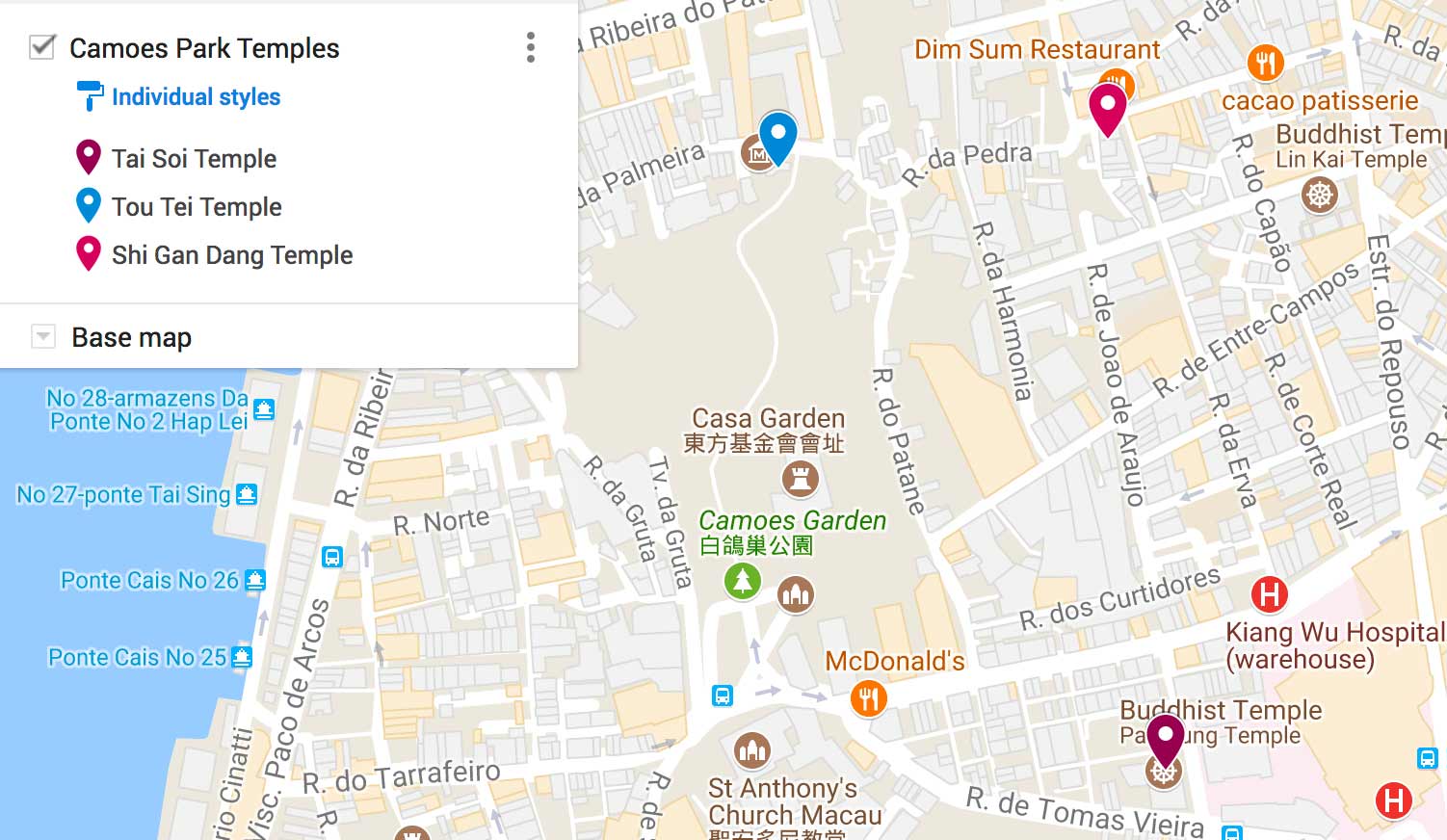 To take a tour of Mong Ha temples, just click the link below.