This small temple was built in 1800 and pays tribute to one of Macau’s most beloved deities, Kun Iam, the Goddess of Mercy. 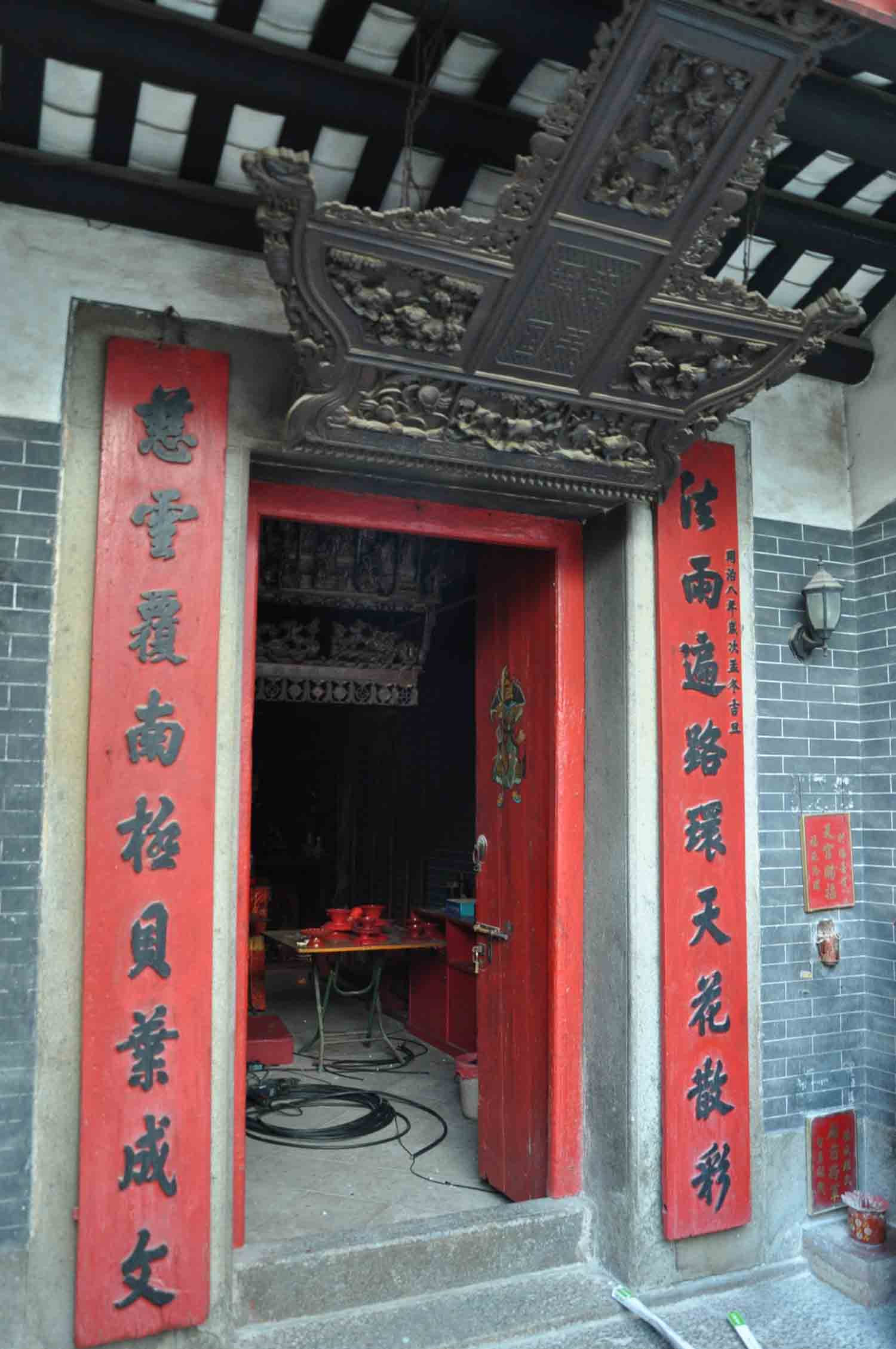 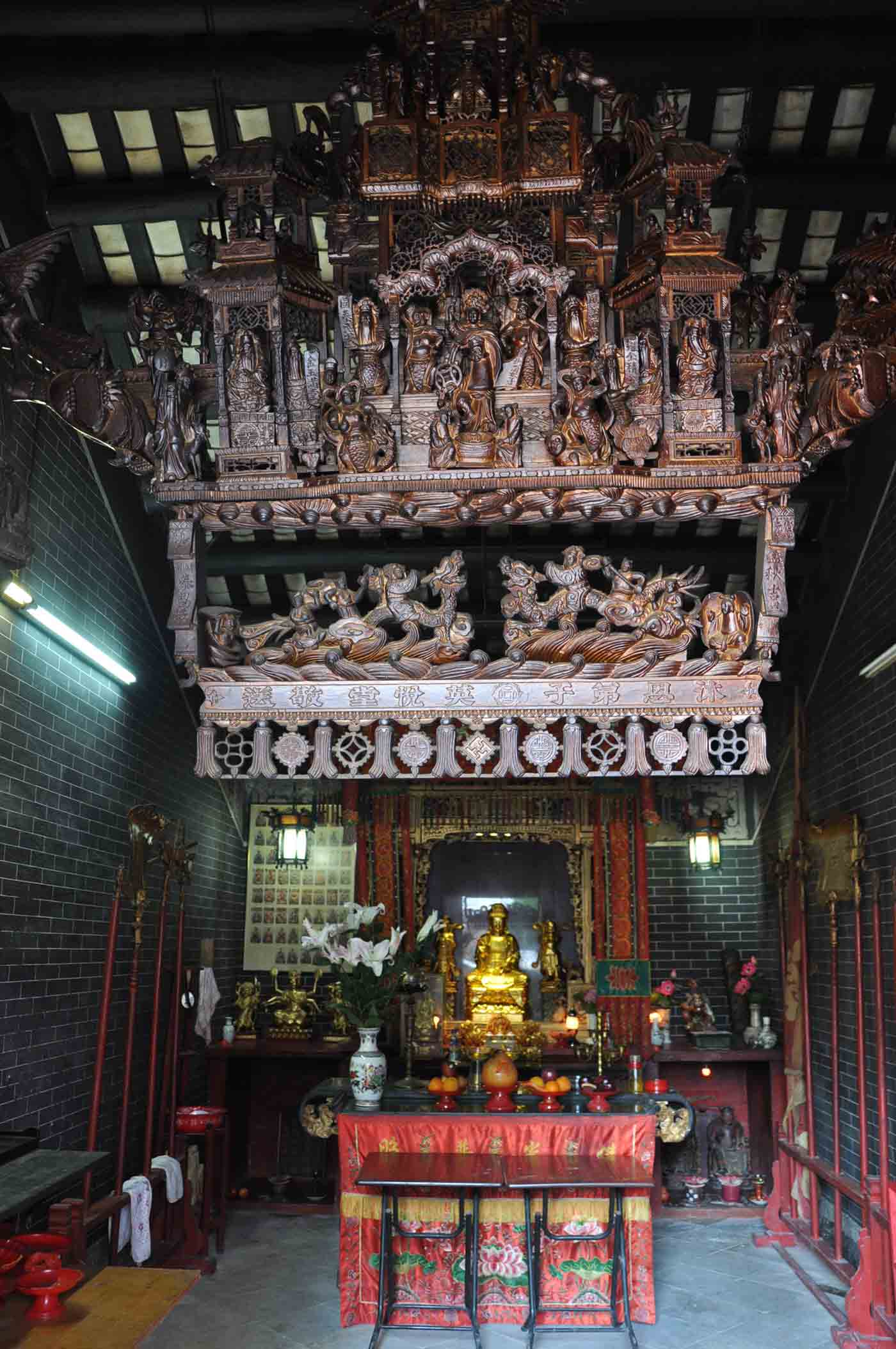 The large wooden carving above the door is the most intricate one I’ve seen in any Macau temple to date. 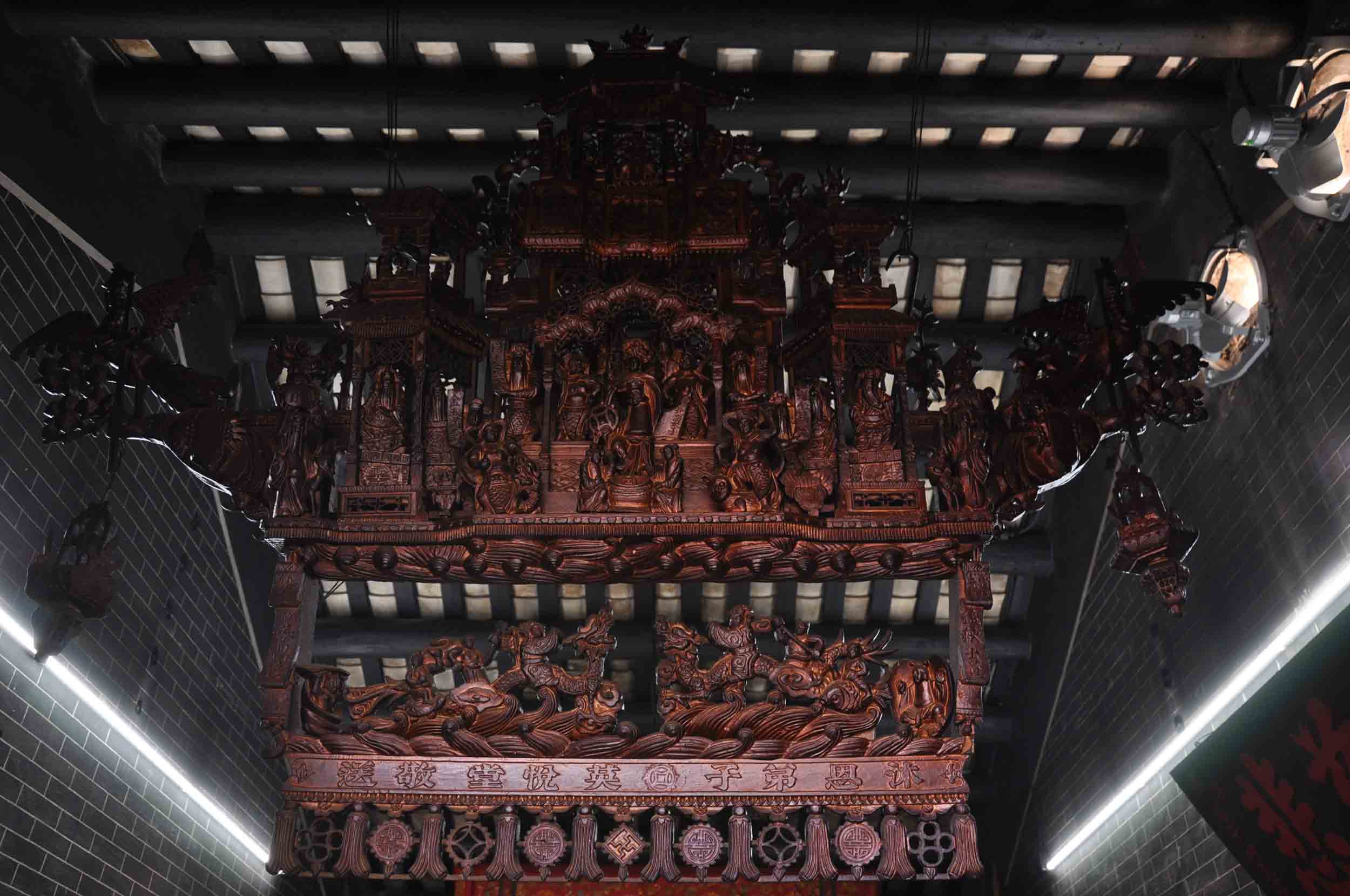 The altar is similarly well endowed, full of character and colour. 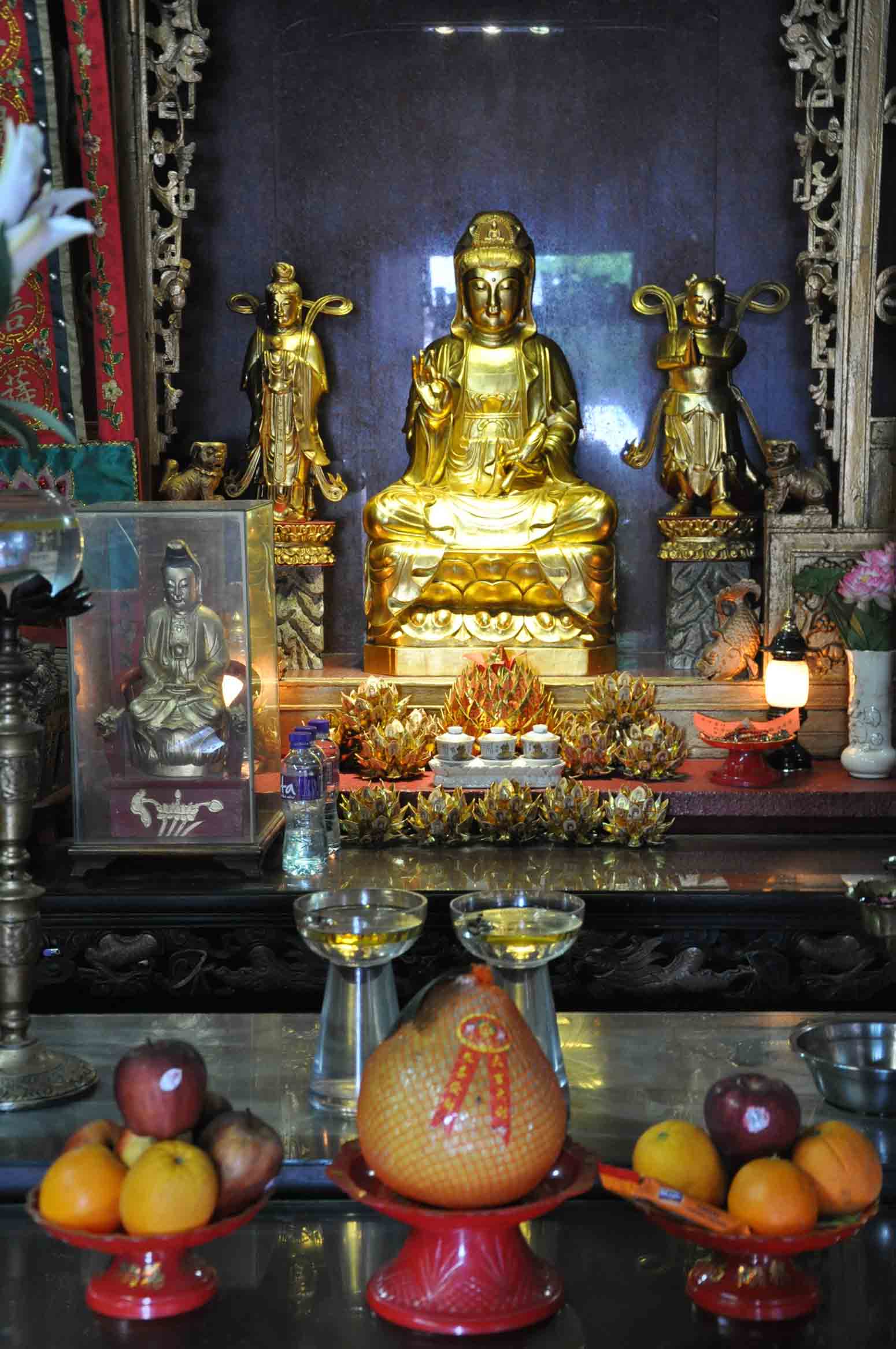 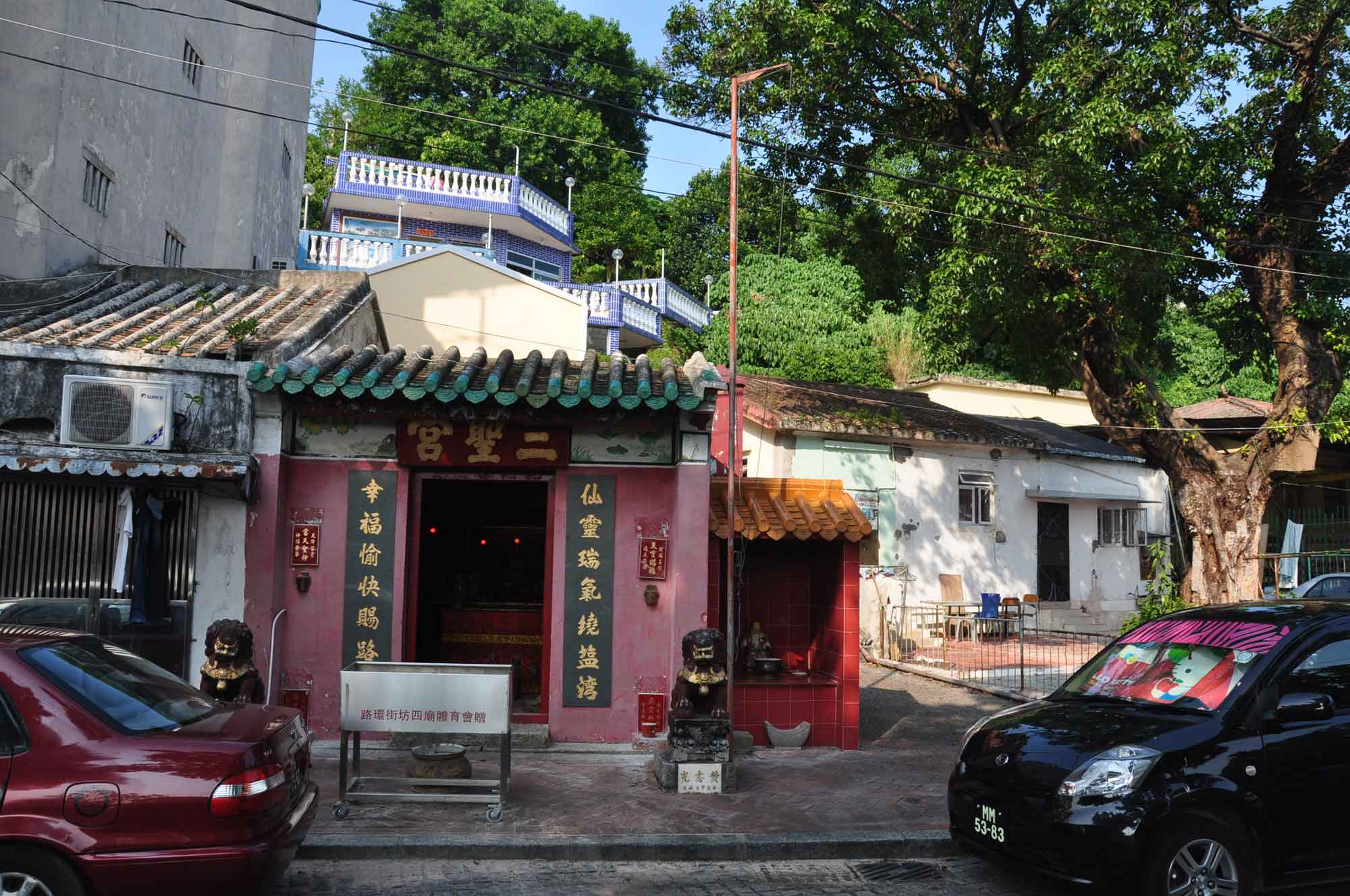 Kam Fa is the most revered deity at the temple, so much so that the temple is sometimes called Kam Fa Temple. 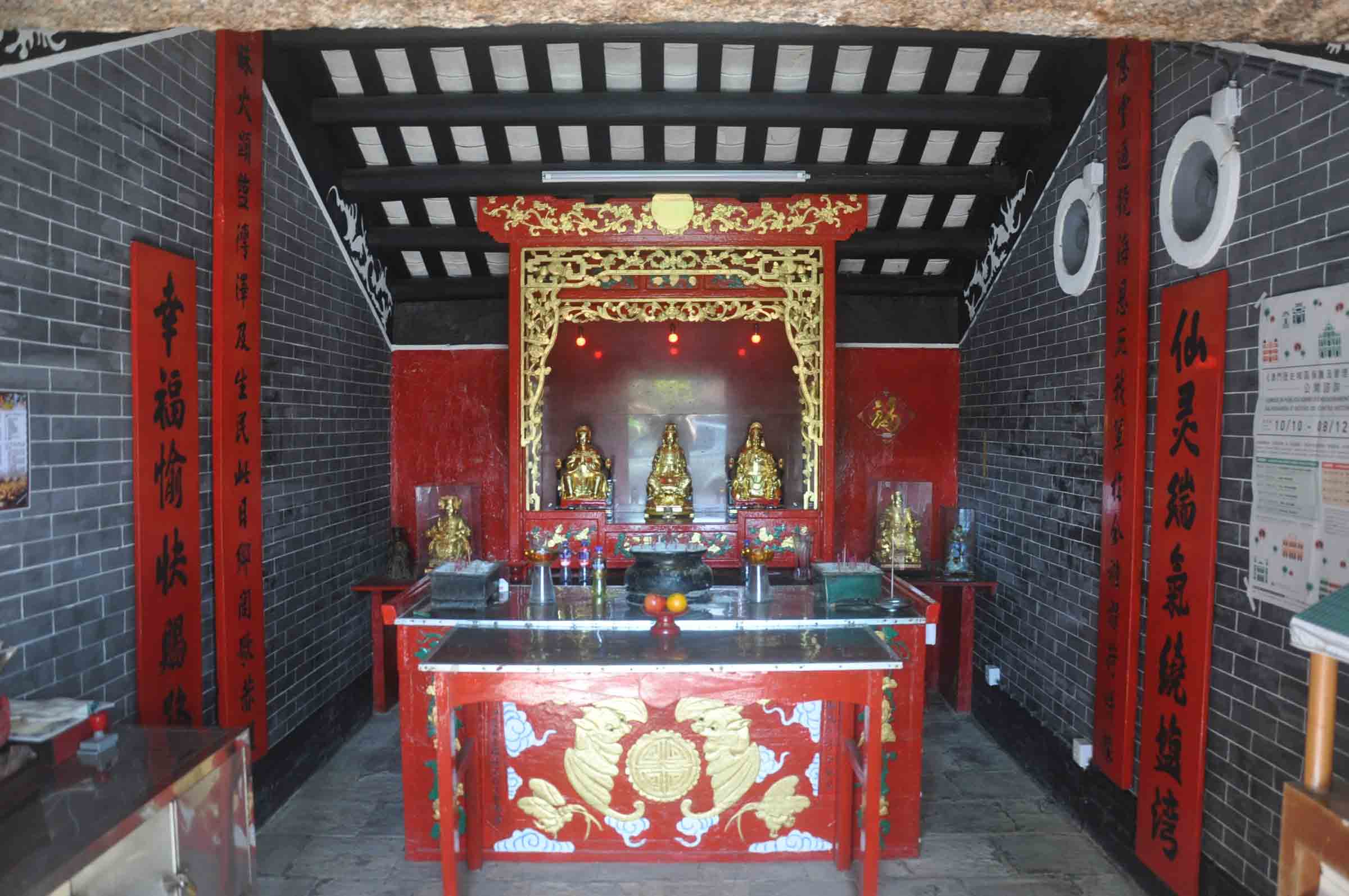 Kam Fa is both a protector and provider of children, so the temple is very popular with expecting mothers. 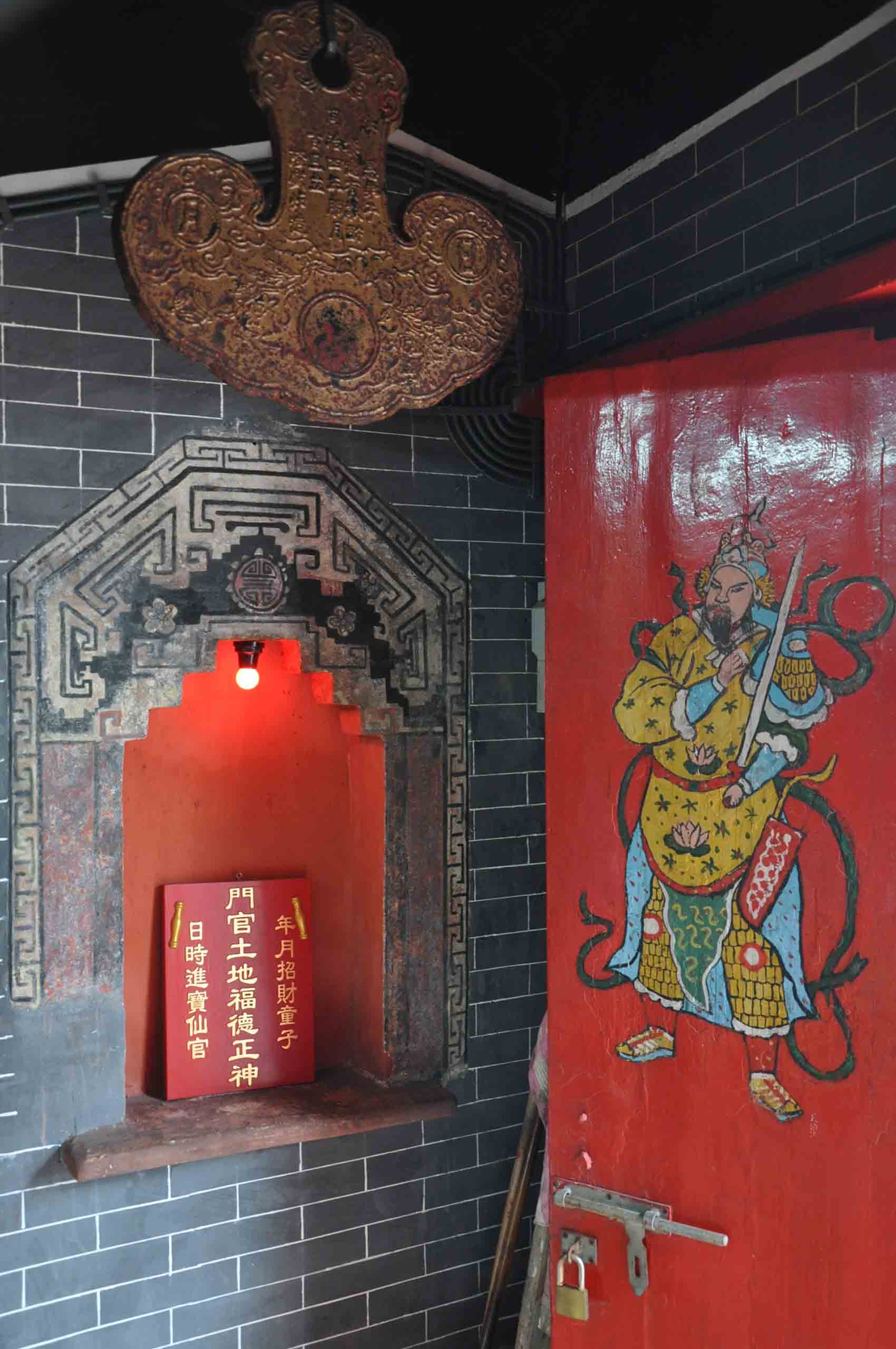 In 1988, the temple was rebuilt with money provided by four other temples in Coloane.

Tam Kung Temple was built in 1862, named after a powerful child deity who could heal the sick and control the weather. 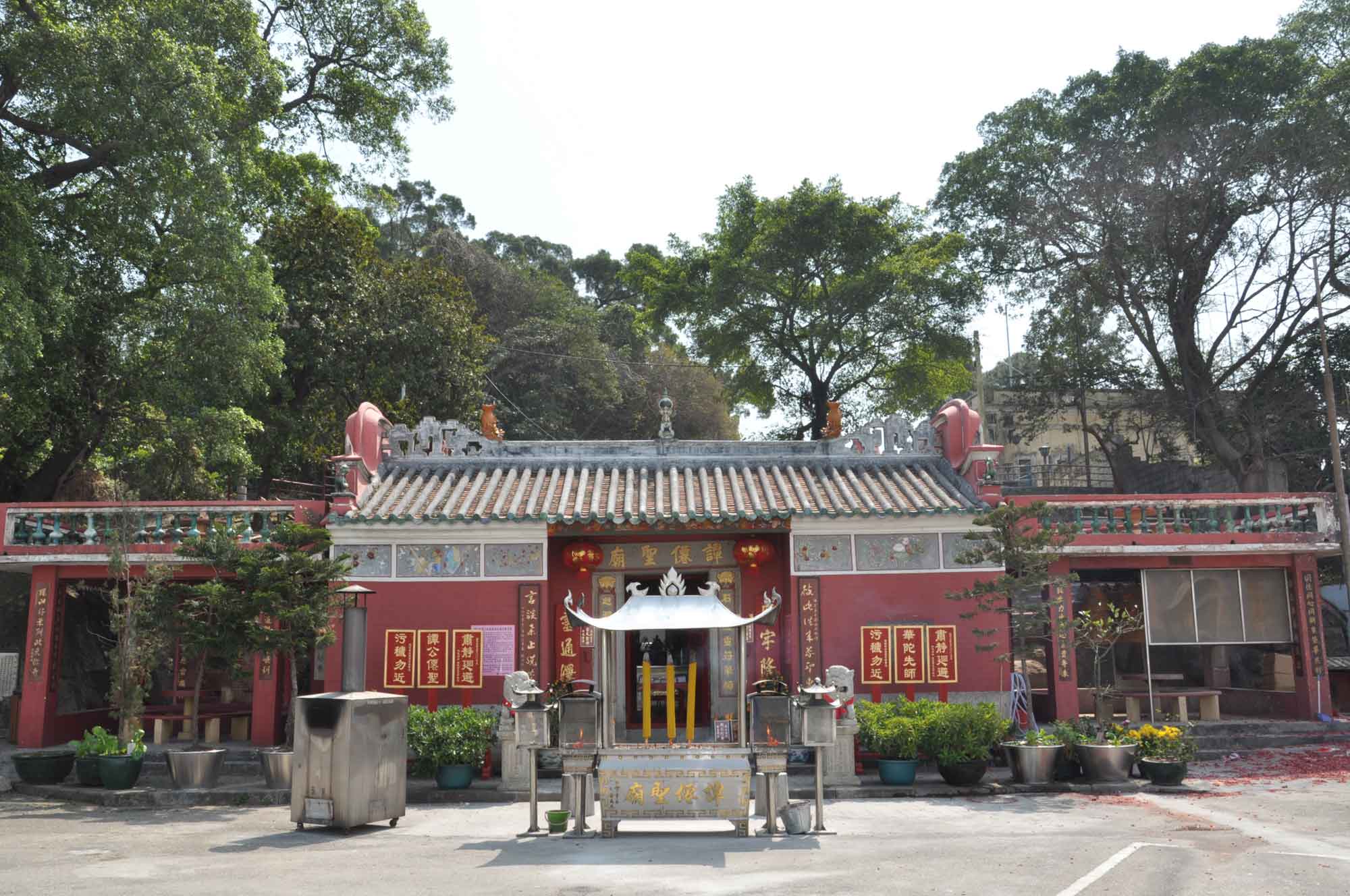 Among seafarers and other fishing folk in Macau, Tam Kung is second in popularity only to A Ma. 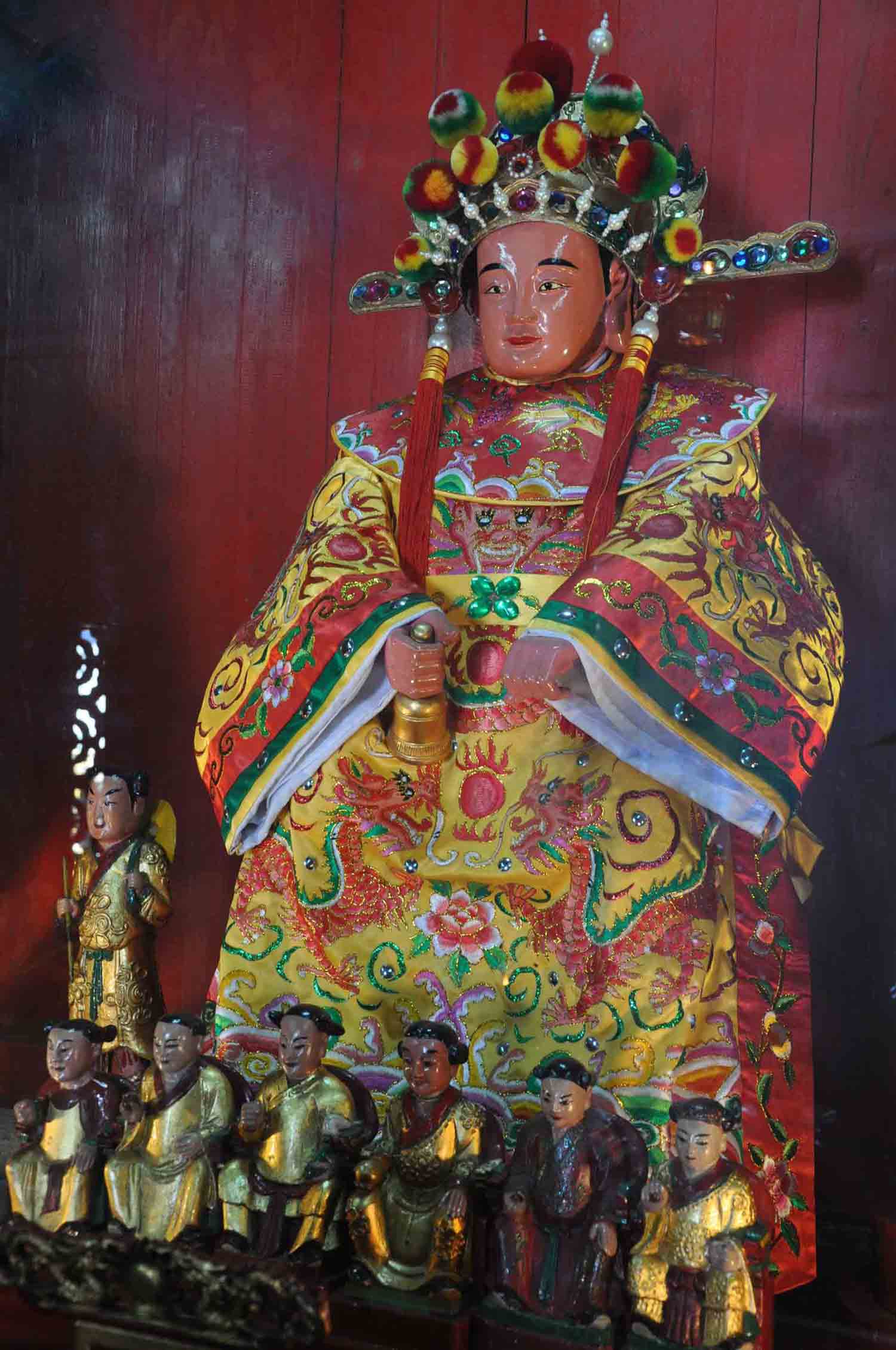 The temple is notable for two pieces of artwork: the first, the ancient dragon boat made from a whale bone. 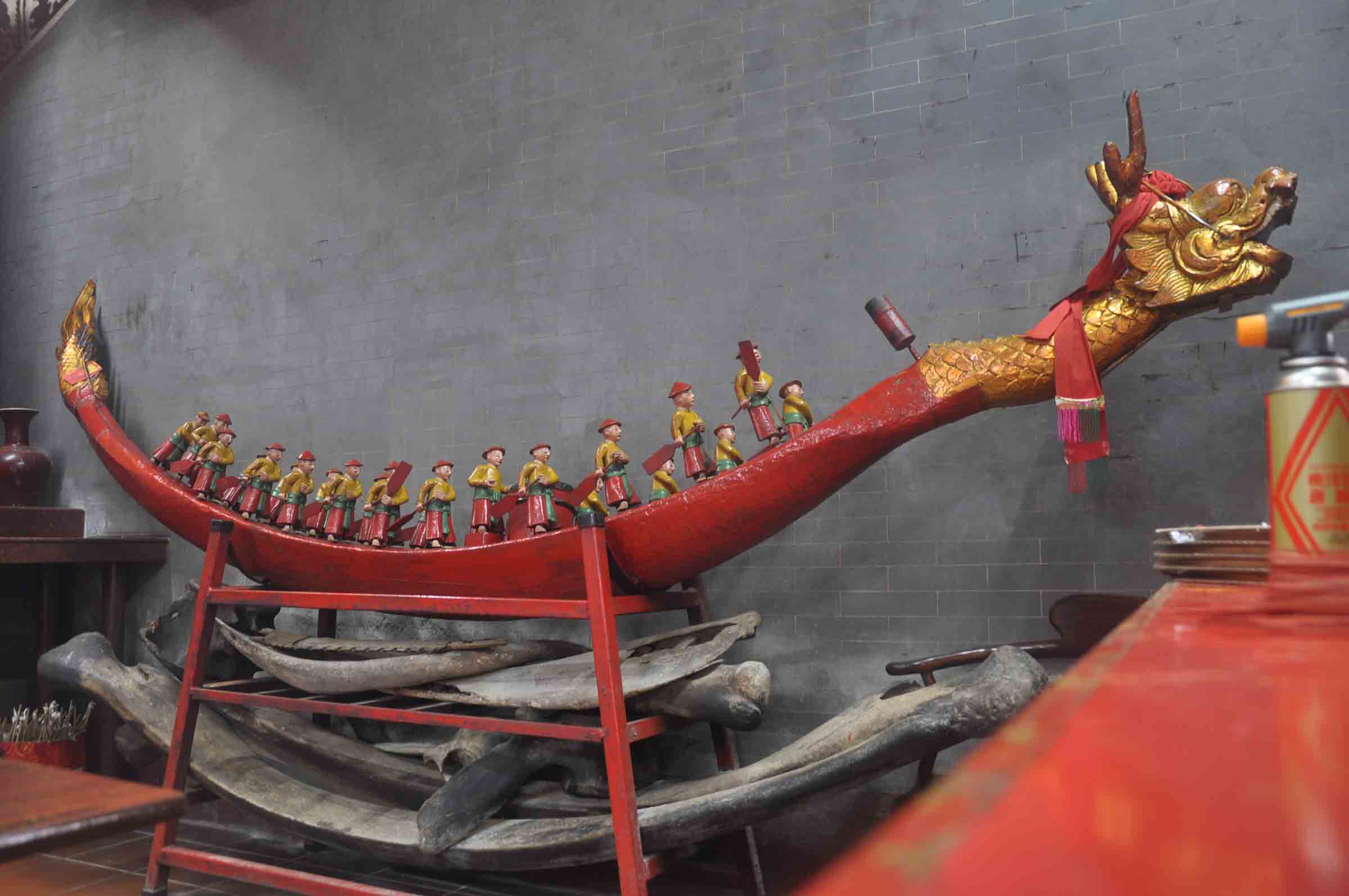 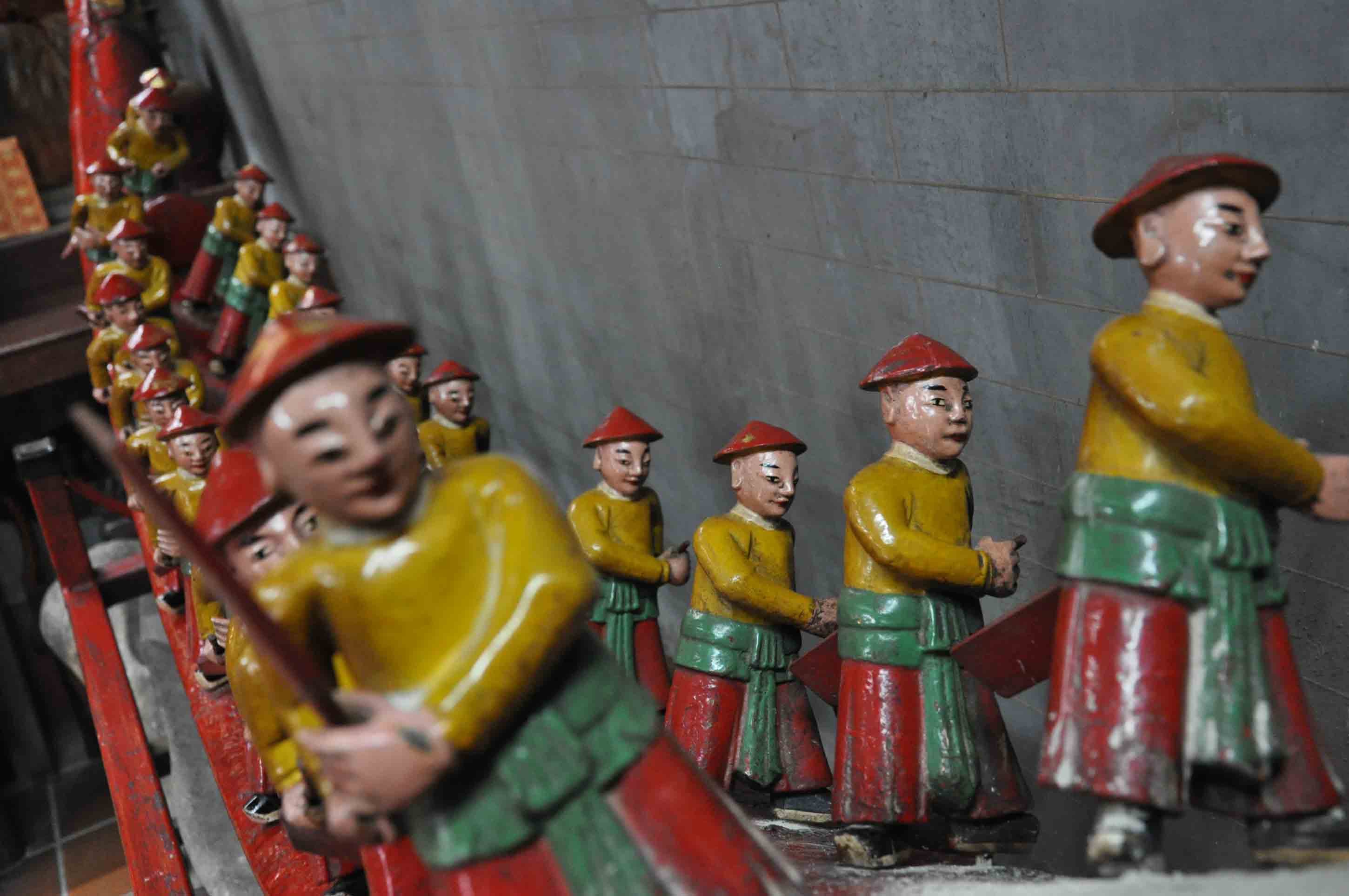 The second: and a mural depicting a tiger with a cub, as tigers often accompanied Tam Kung. 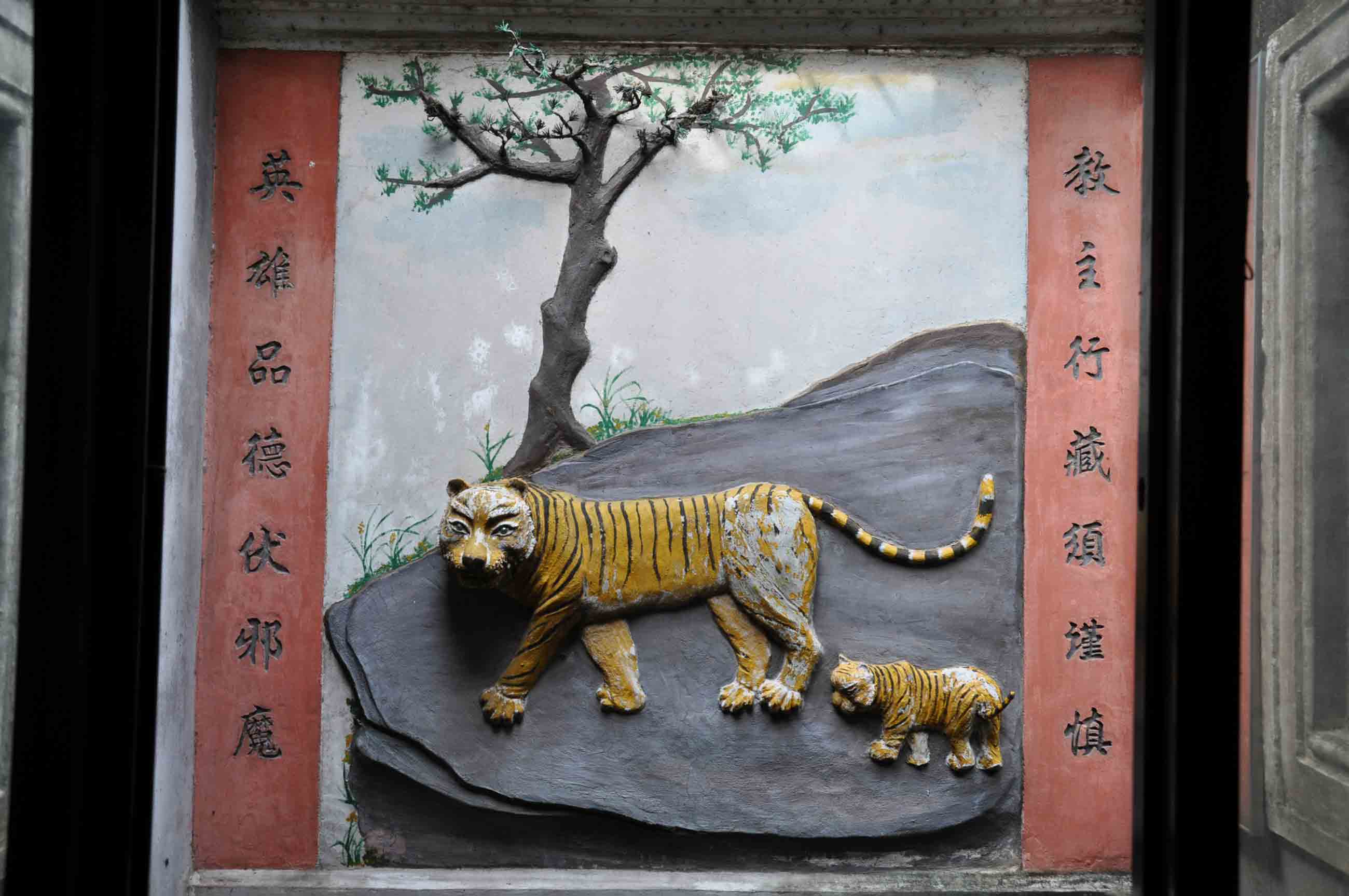 Everything else, of course, is just eye candy. 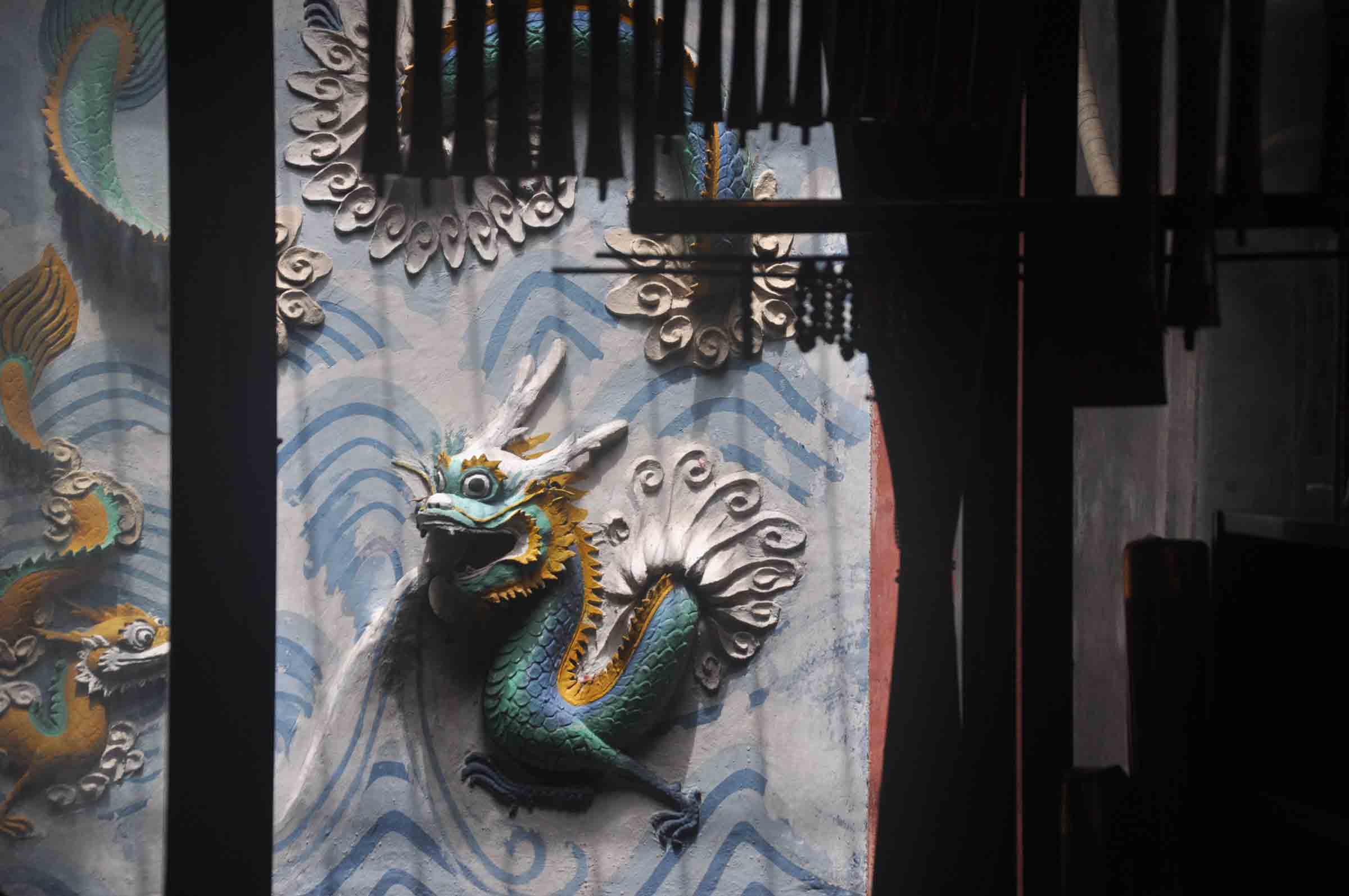 Dropping a few dollars might go a long way as well, since every Macau temple is publicly funded. 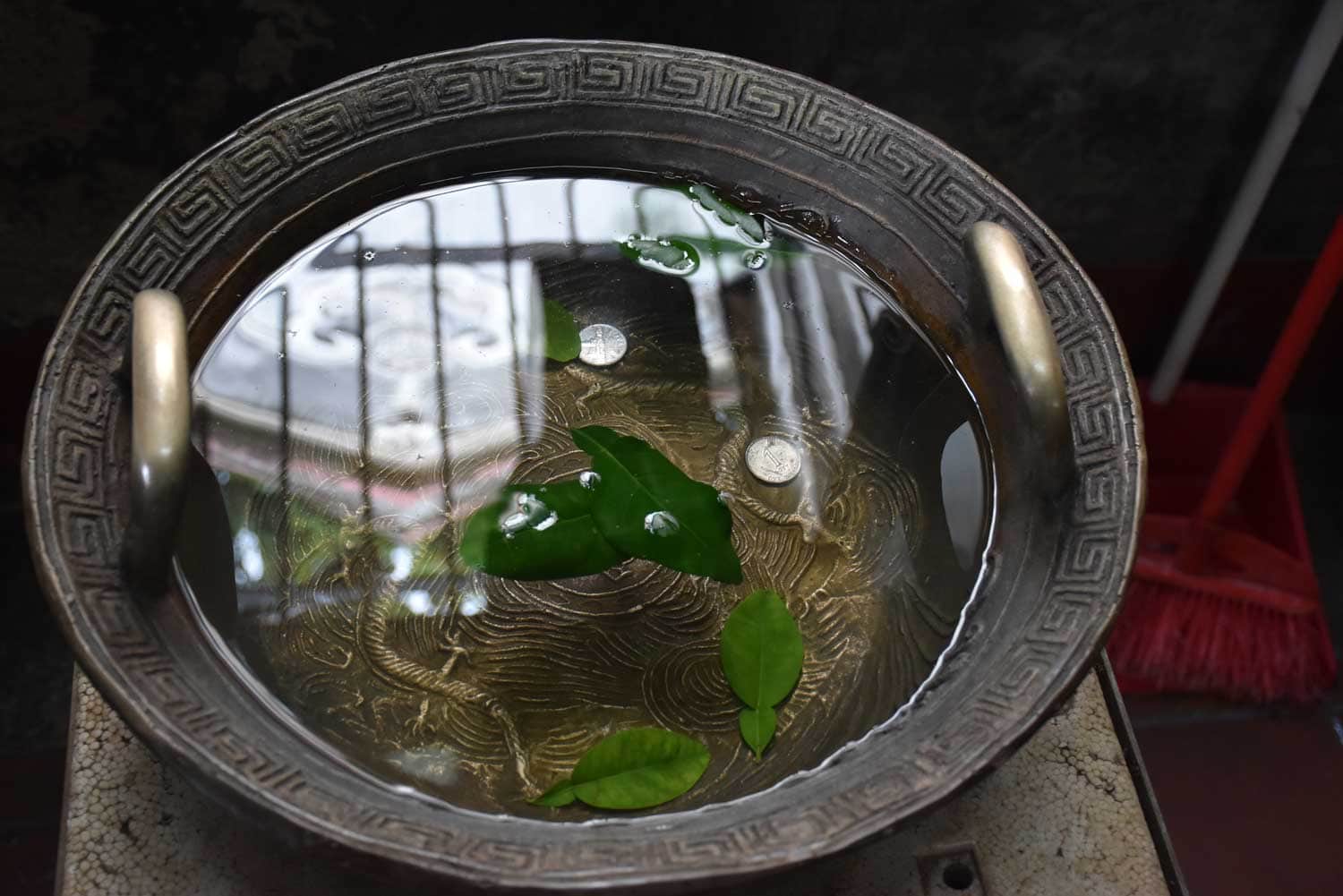 Every year on the day when the Buddha is bathed, the temple plays host to the Tam Kung Festival.

No one knows for sure when Tin Hau temple was built, but everyone agrees it is the oldest temple in Coloane.  Perhaps constructed as early as 1677, it is another temple paying tribute to Tin Hau, or A Ma, the goddess of seafarers. 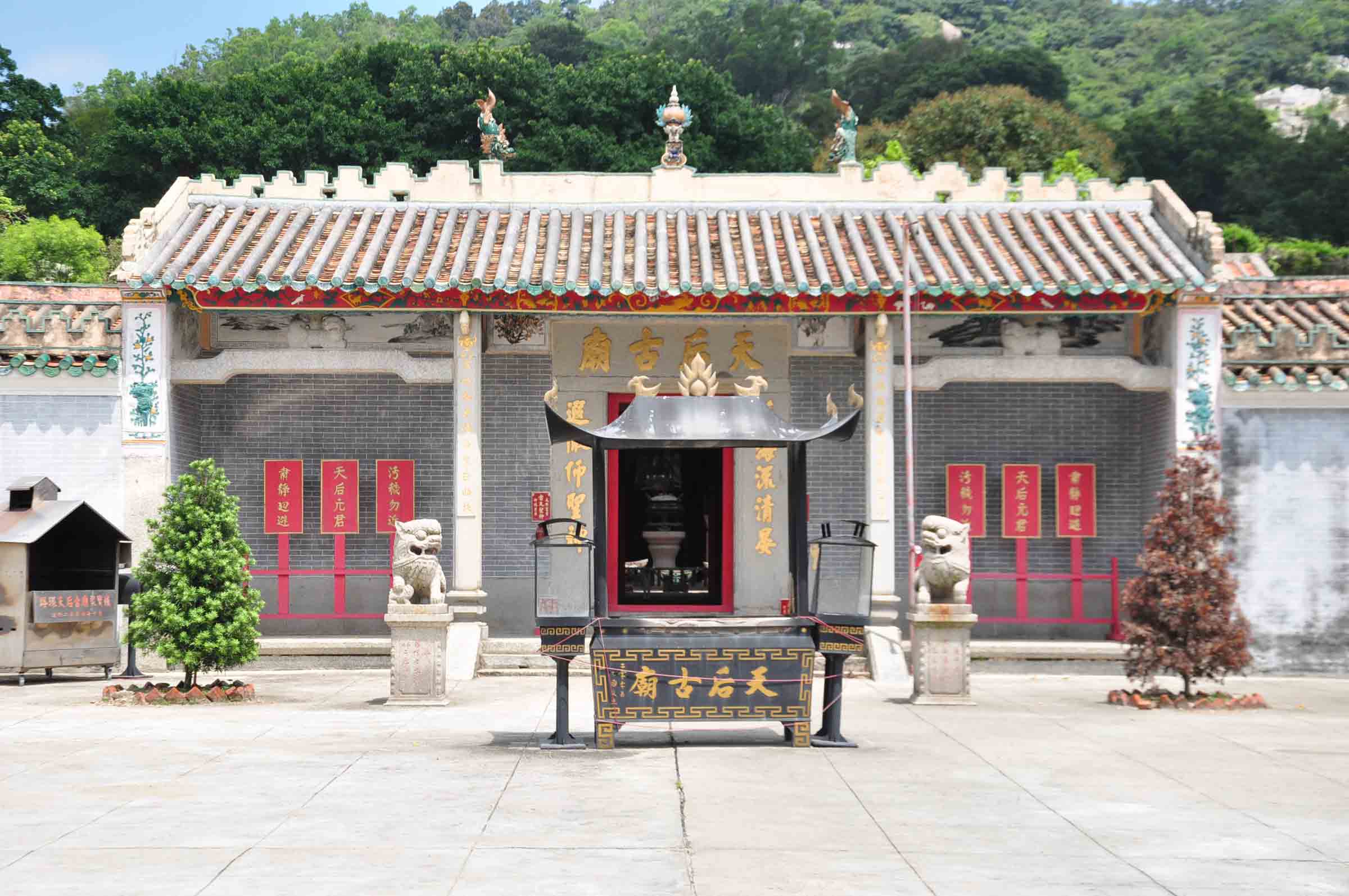 In front of the altar are three elaborate wine boats carved with images of dragons and carps, used by devotees when offering gifts of alcohol. 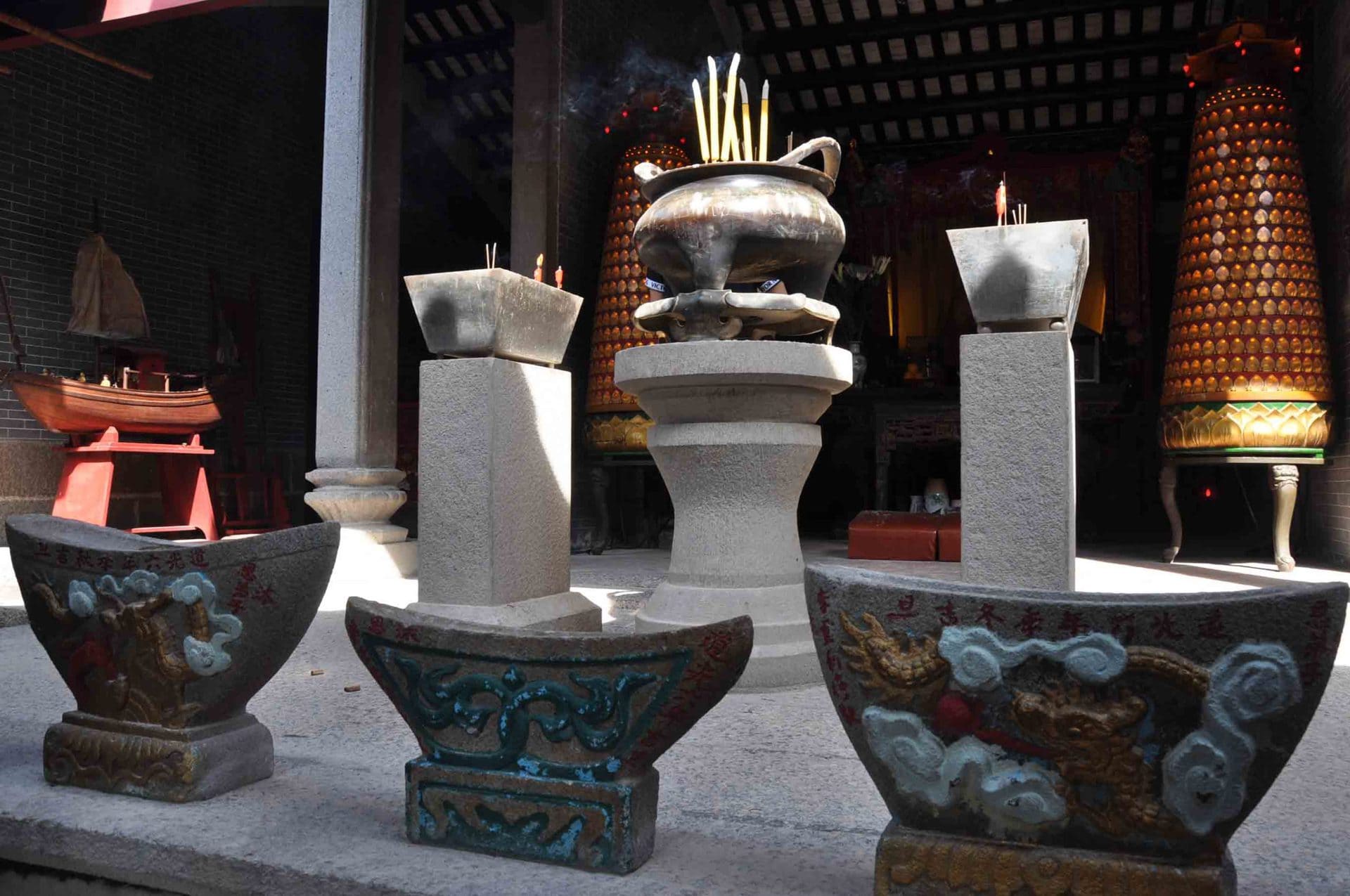 Temples usually only have one wine boat, the fact that Tin Hau has three is a testament to both its splendor and historical significance. 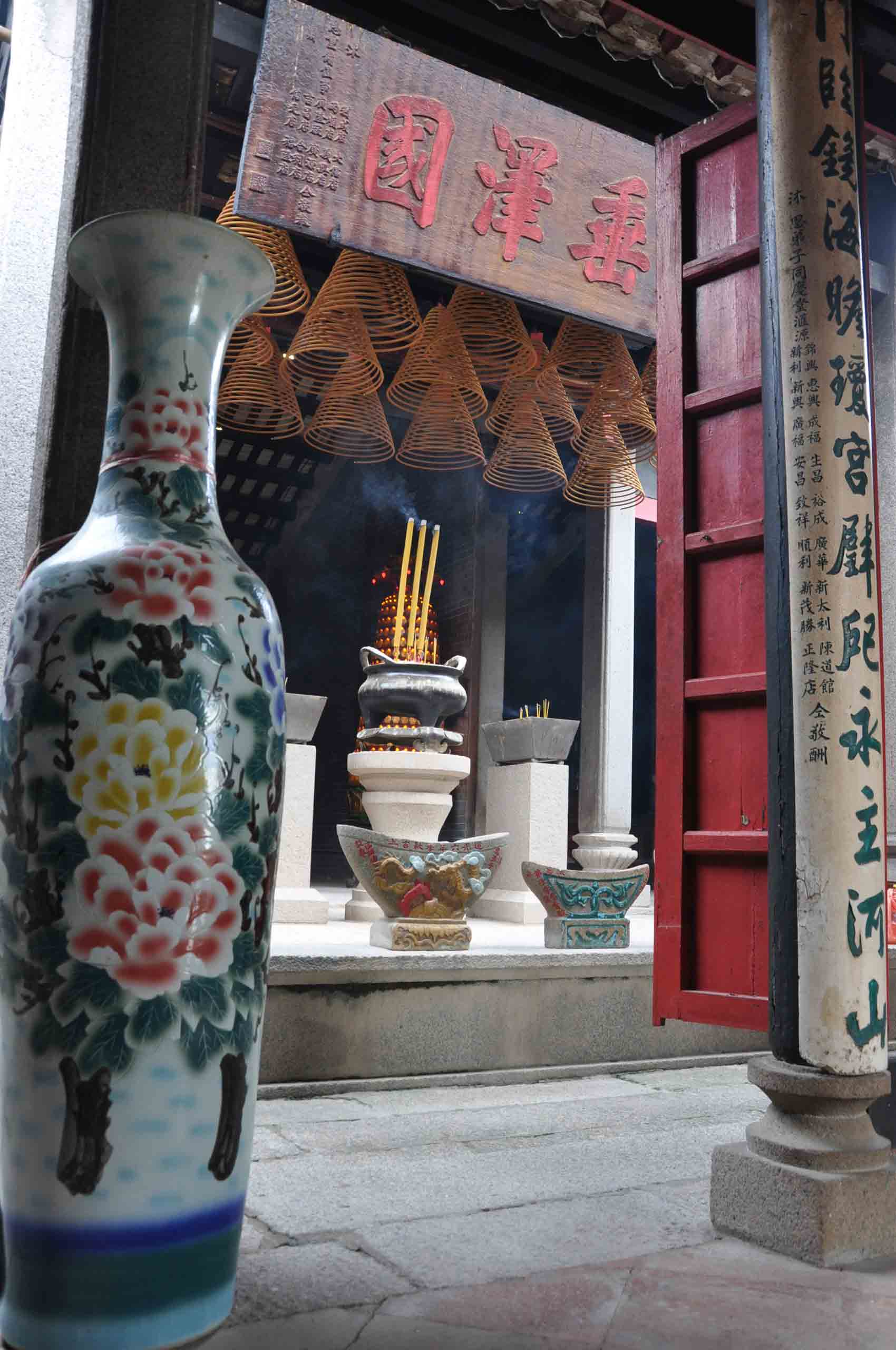 Looking both kind and dignified, A Ma can steer my ship anytime. 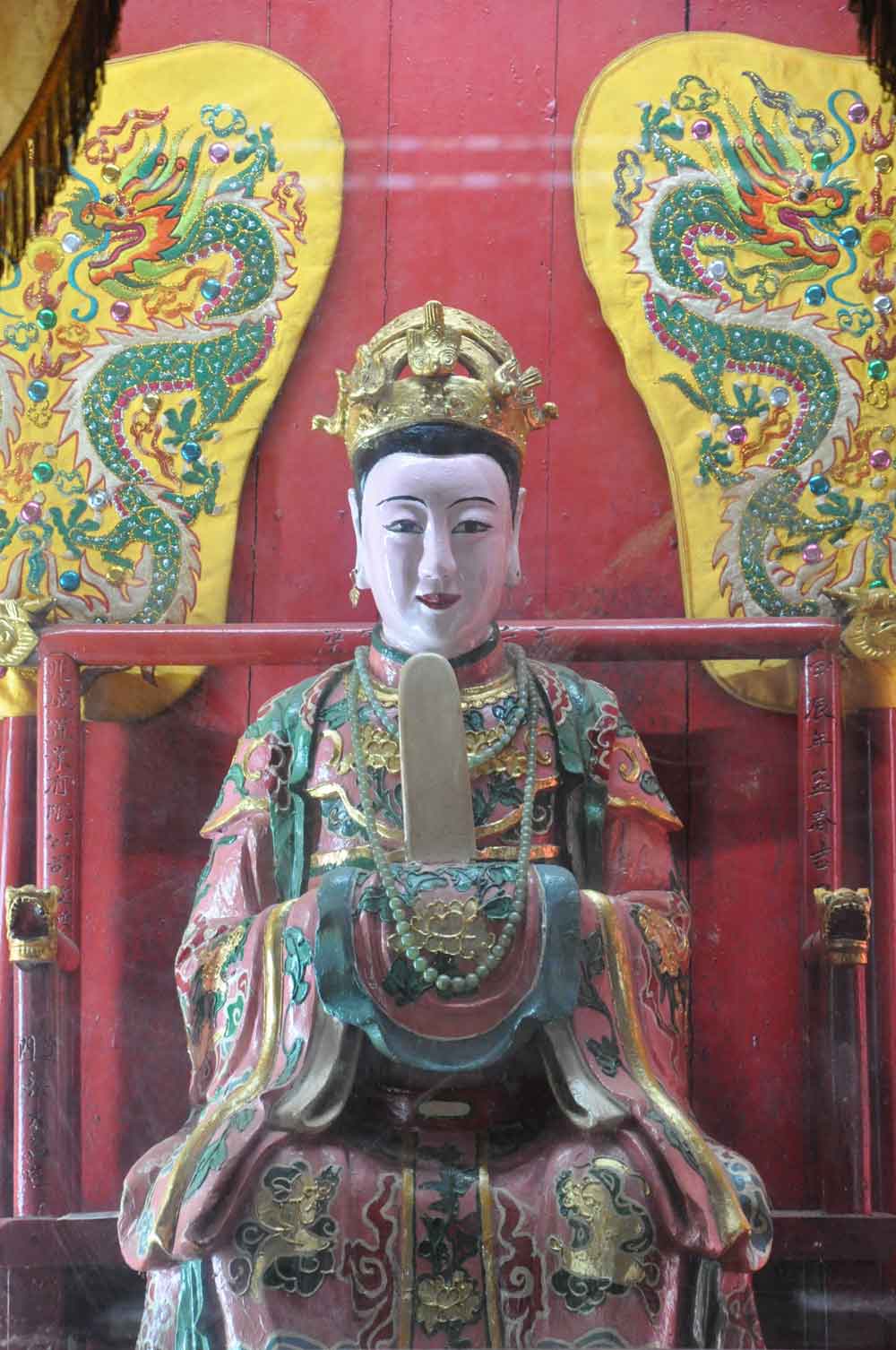 In addition to A Ma, the temple also pays tribute to five other Gods: Wah Tor (God of Medicine), Choi Bak Sing Kung (God of Wealth), Lo Pan (God of Builders), She Ji (God of Earth and Grain) and Guan Yu (God of War).  An ancient bell on the right side of the temple dates from 1763. 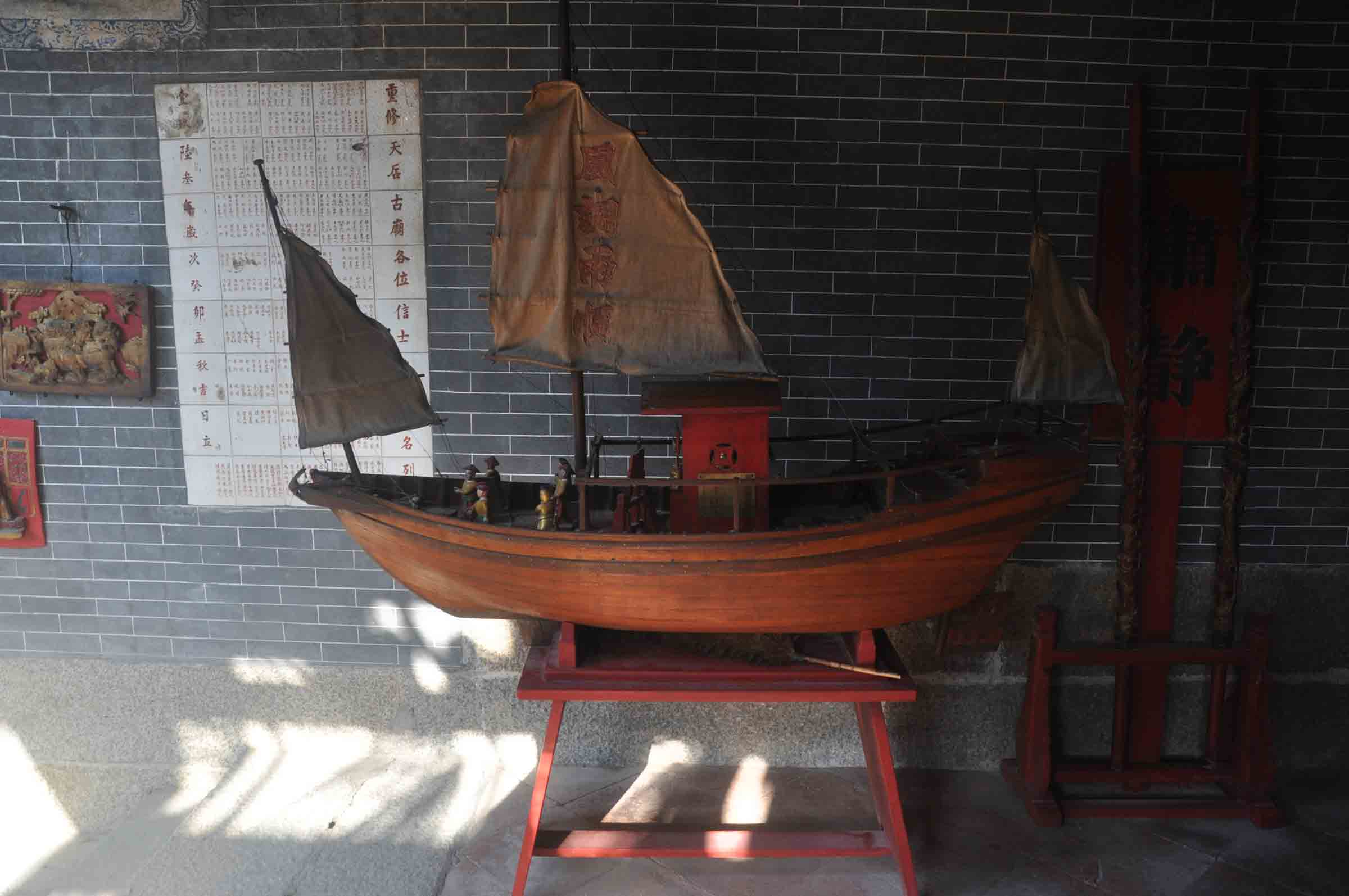 The temple doormen are just another treat as well. 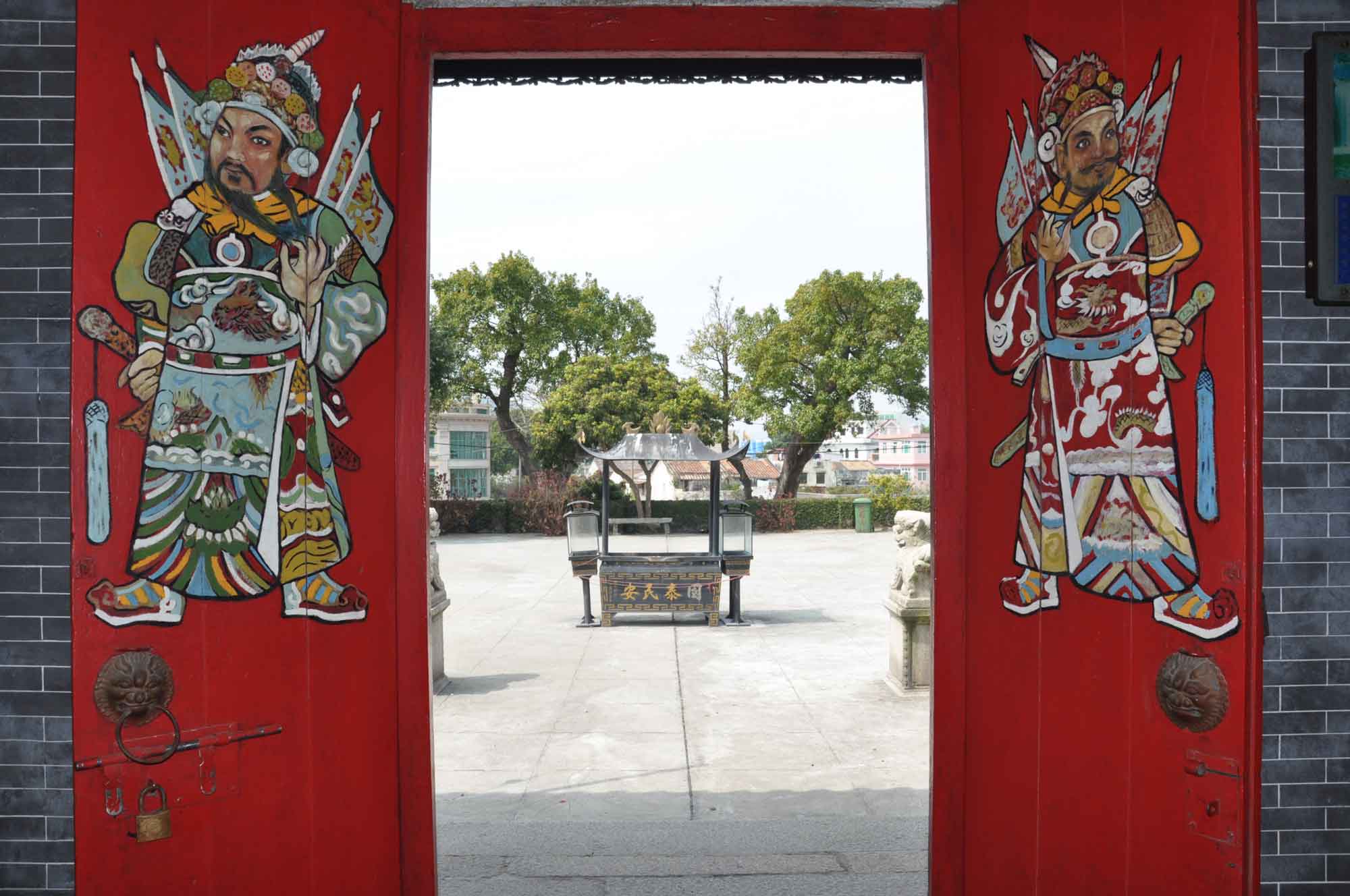 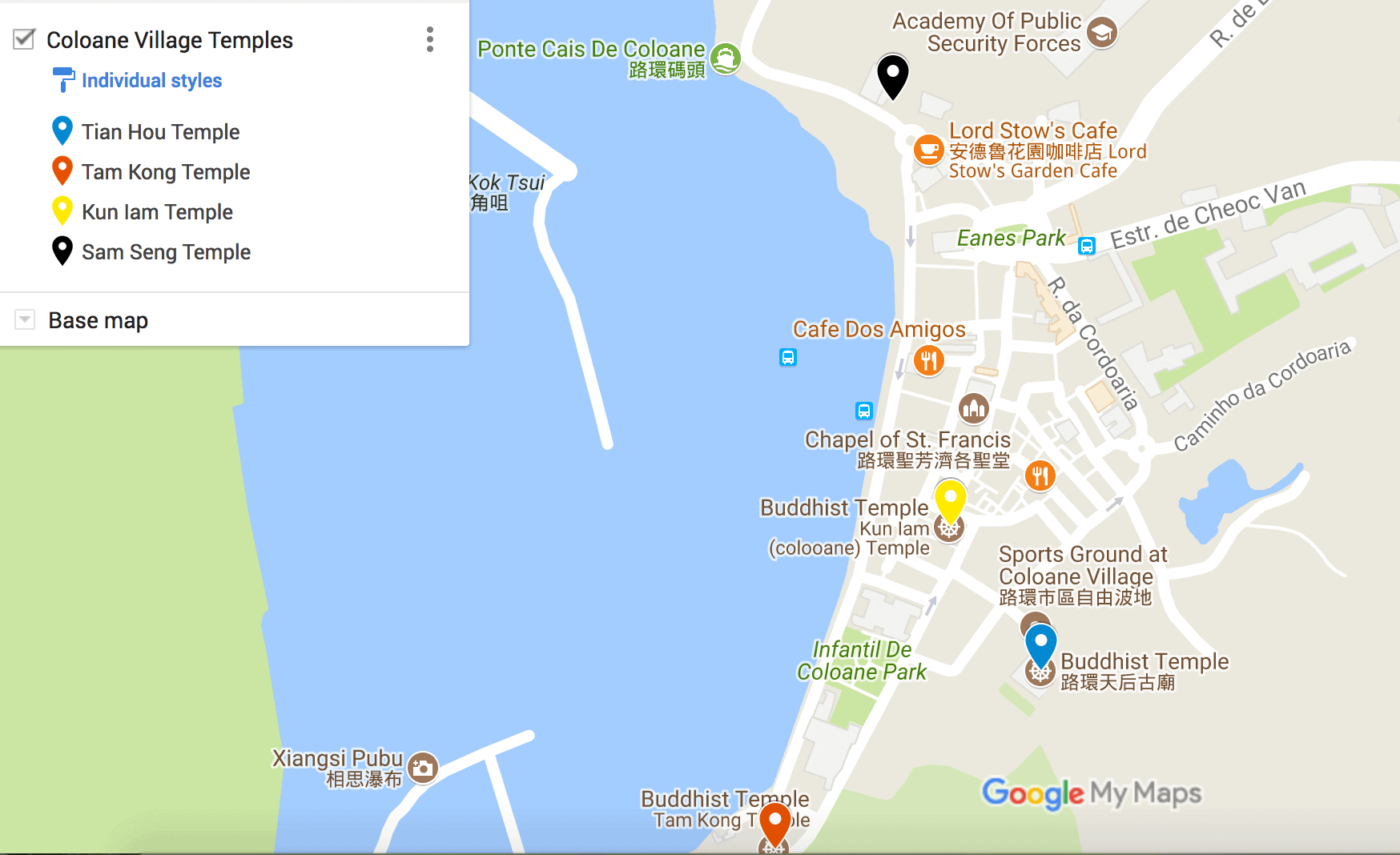