Macau has many parks, but I think these four stand head and shoulders above the rest.

There ain’t nothing or no one in this world cooler than a one eyed poet.  Luis Vaz de Camoes was a satirist, sage, life adventurer and author of Portugual’s greatest epic poem – Os Lusiadas, which was published in 1572.

Legend has it that Camoes reached Macau in 1557, where he was appointed Trustee of the Dead and Absent, which sounds a lot like my love life.  Since 1630, the bouldered hill on top of the park has been known as the “Rocks of Camoes”, and today features his bust along with excerpts from his writing. 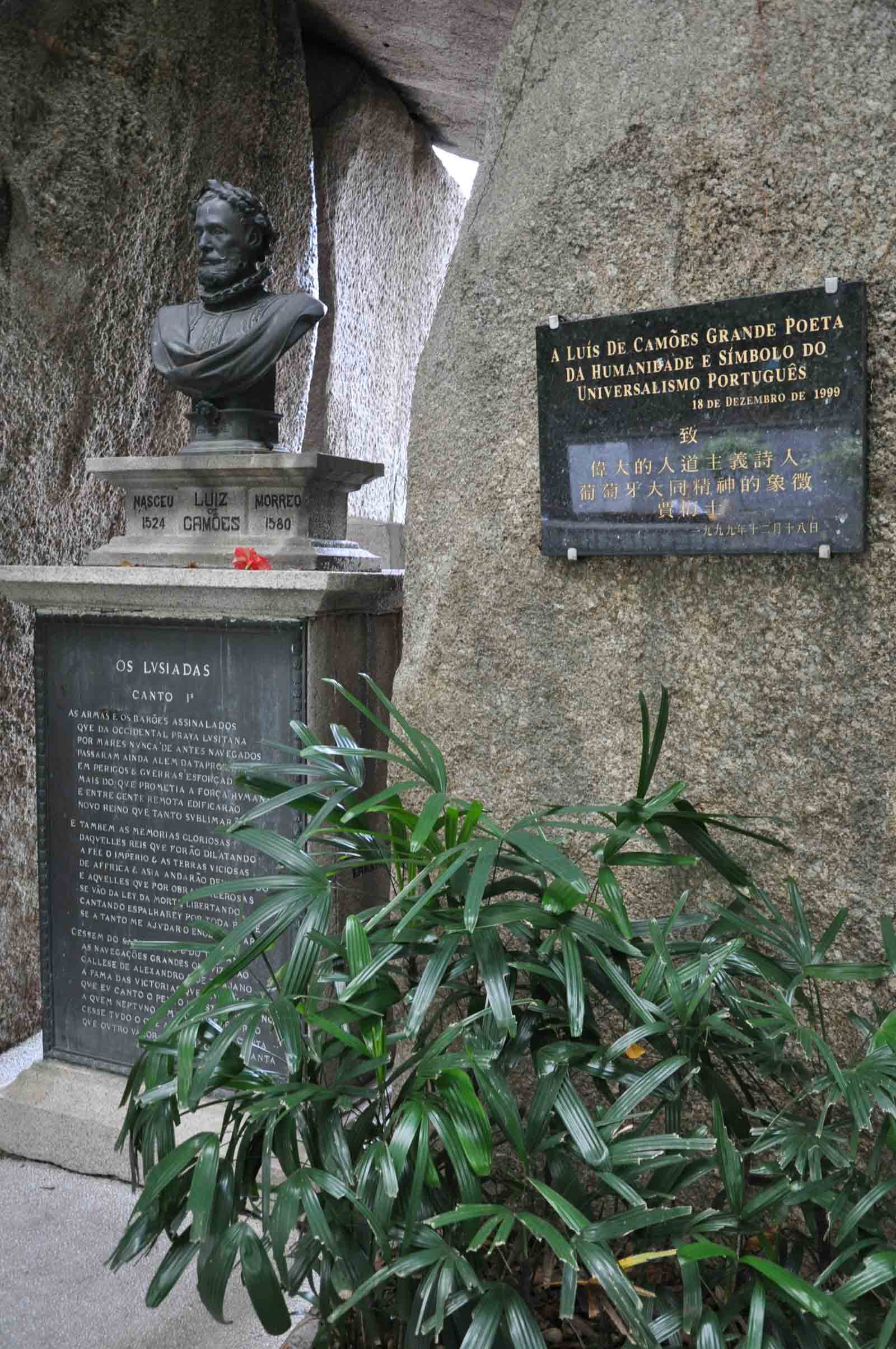 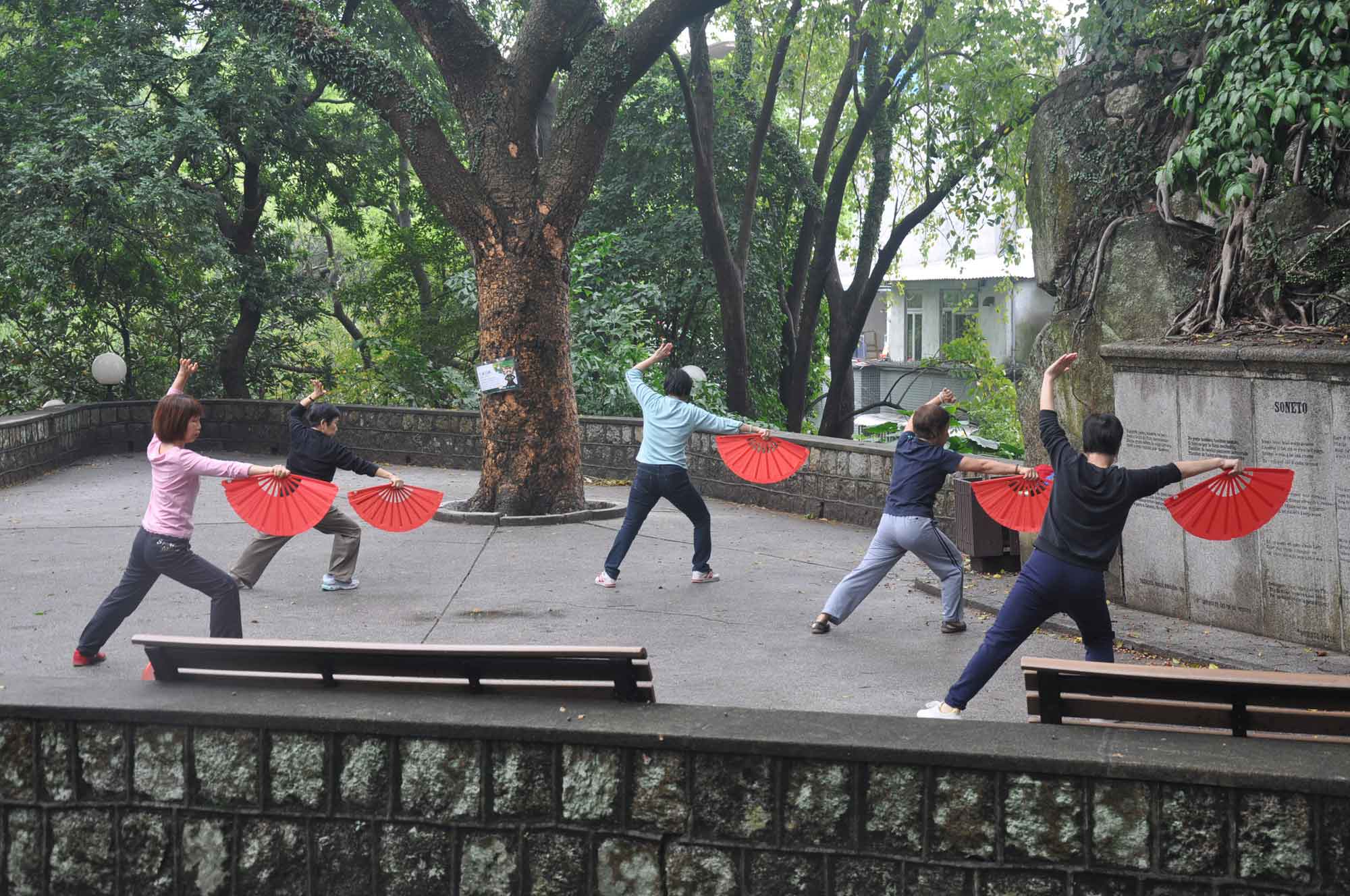 Flora Garden is located on the site of an old Portuguese aristocratic mansion named Flora Palace.  The stone gateway near the entrance used to be the guardhouse, while the former location of the palace is now home to an aviary and small zoo. 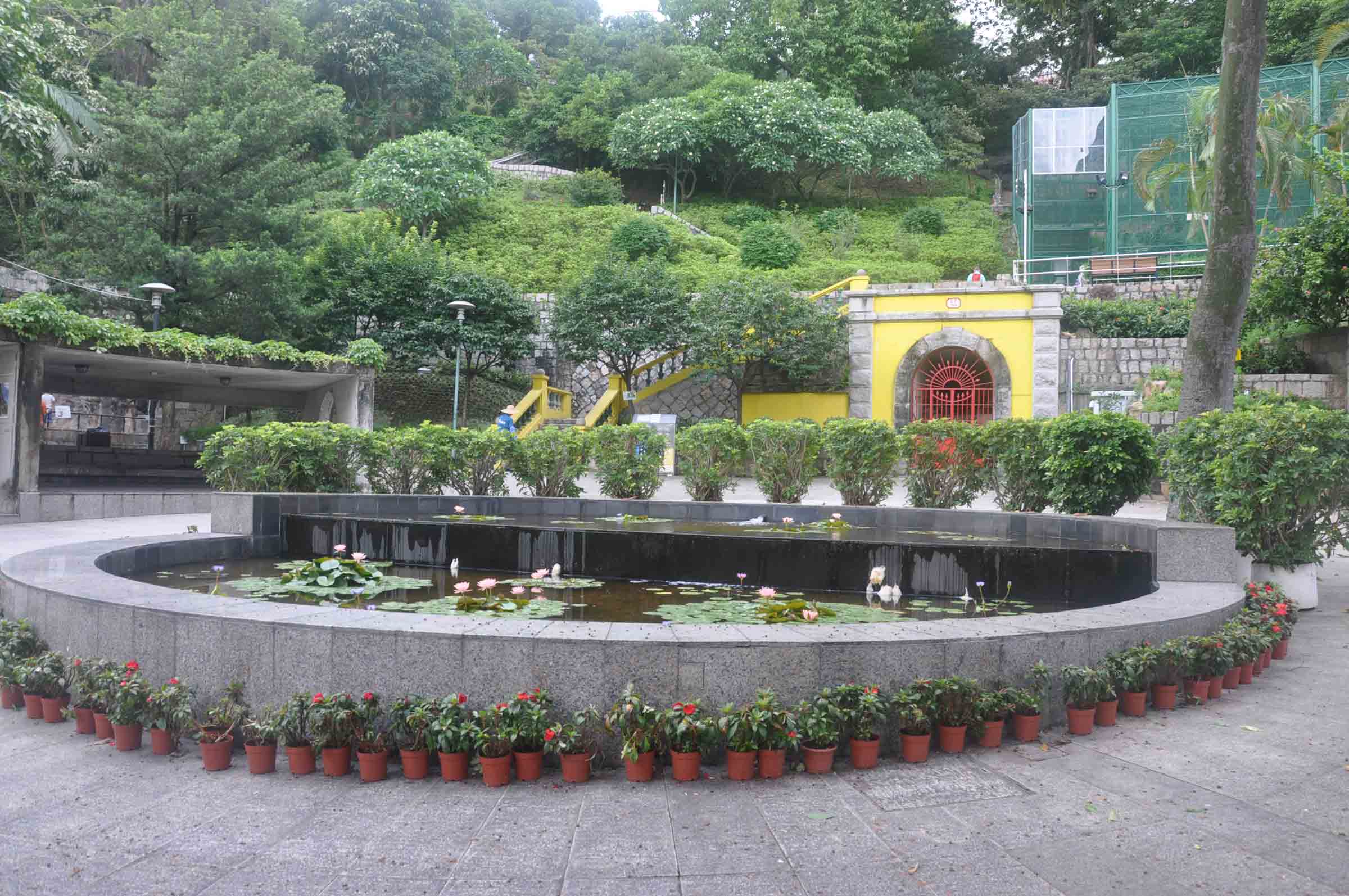 Mu Yi and I visited Flora Garden and Guia Park on the final morning of Trip Report I. 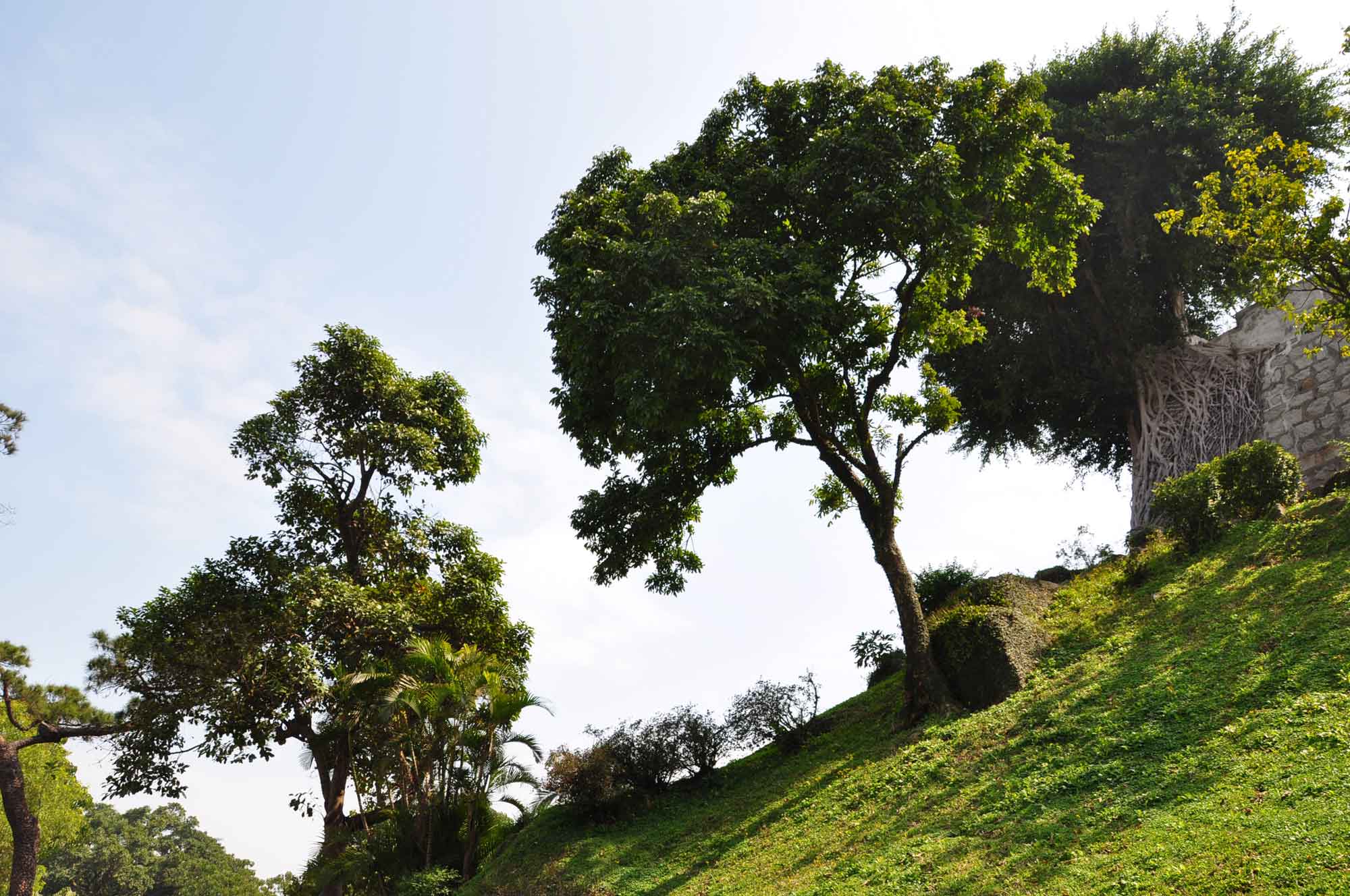 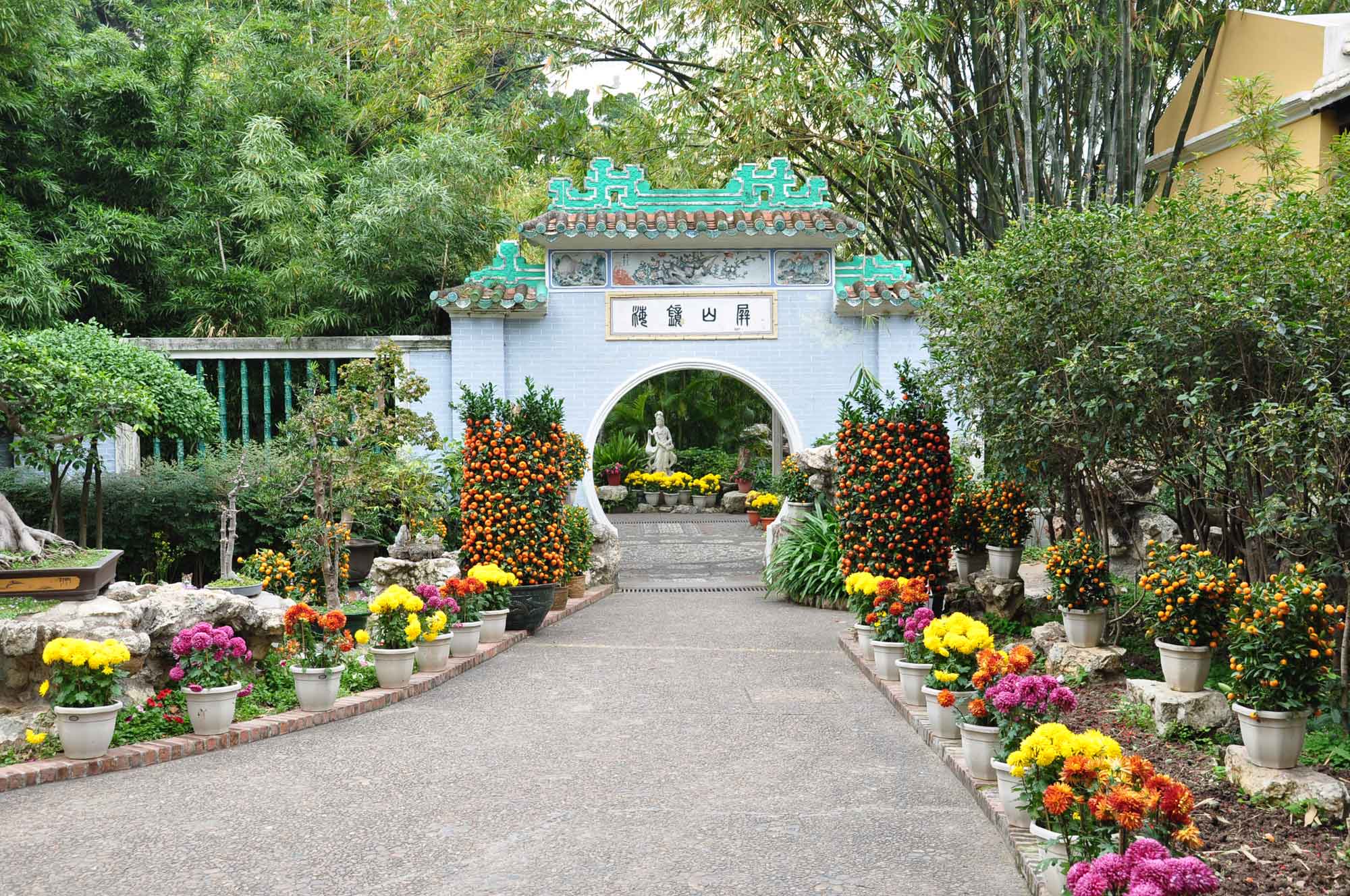 Wealthy businessman and lottery mogul Lou Kau (of the Lou Kau Mansion) began building this garden in the late 19th Century.  Finally completed in 1925, it was named after his son Lou Lim Ieoc, who inherited it in 1906. 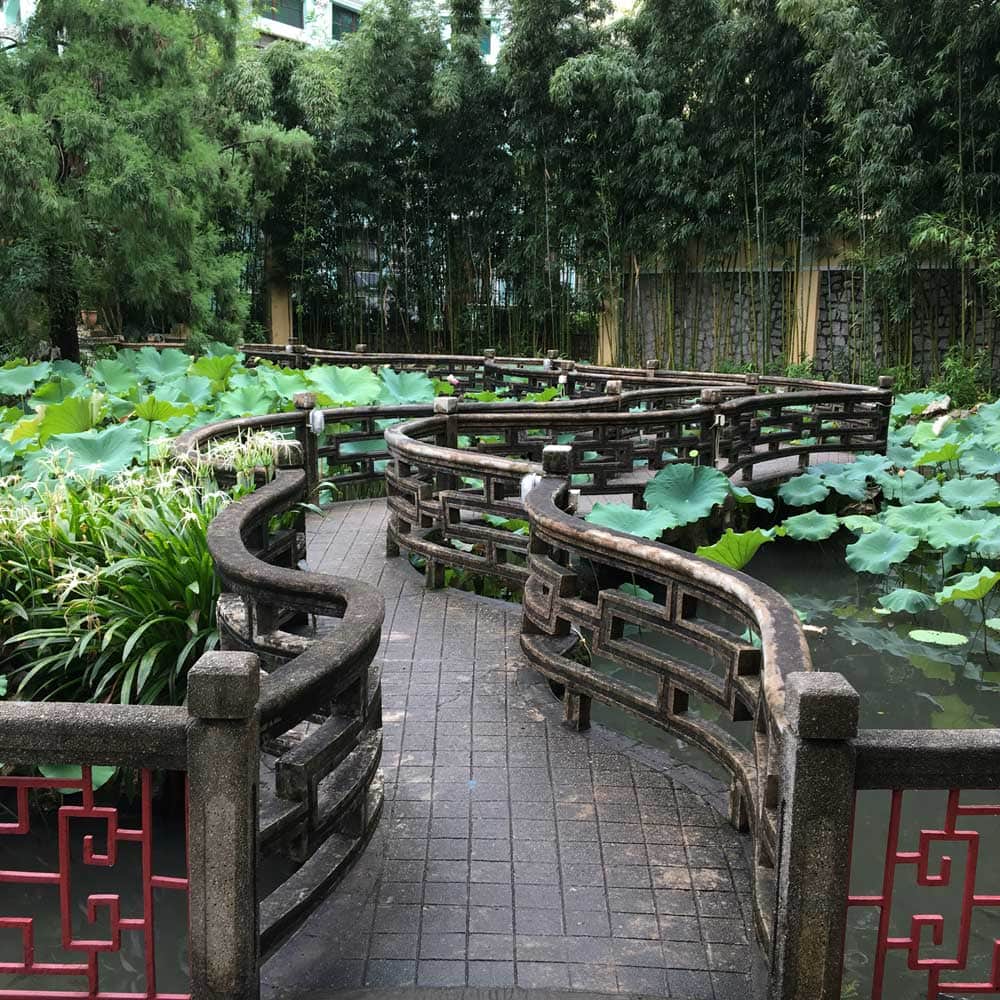 Mu Yi and I spent a nice morning there, as part of Trip Report II.

The Sculpture Park of Chinese Ethnics

Located beside the New Orient Landmark Hotel in the middle of the Amizade Strip, the Sculpture Park of Chinese Ethnics opened in late 2019.  The sculptures had previously been displayed in Taipa Grande Park next to the airport, an isolated locale that saw next to no tourist traffic. 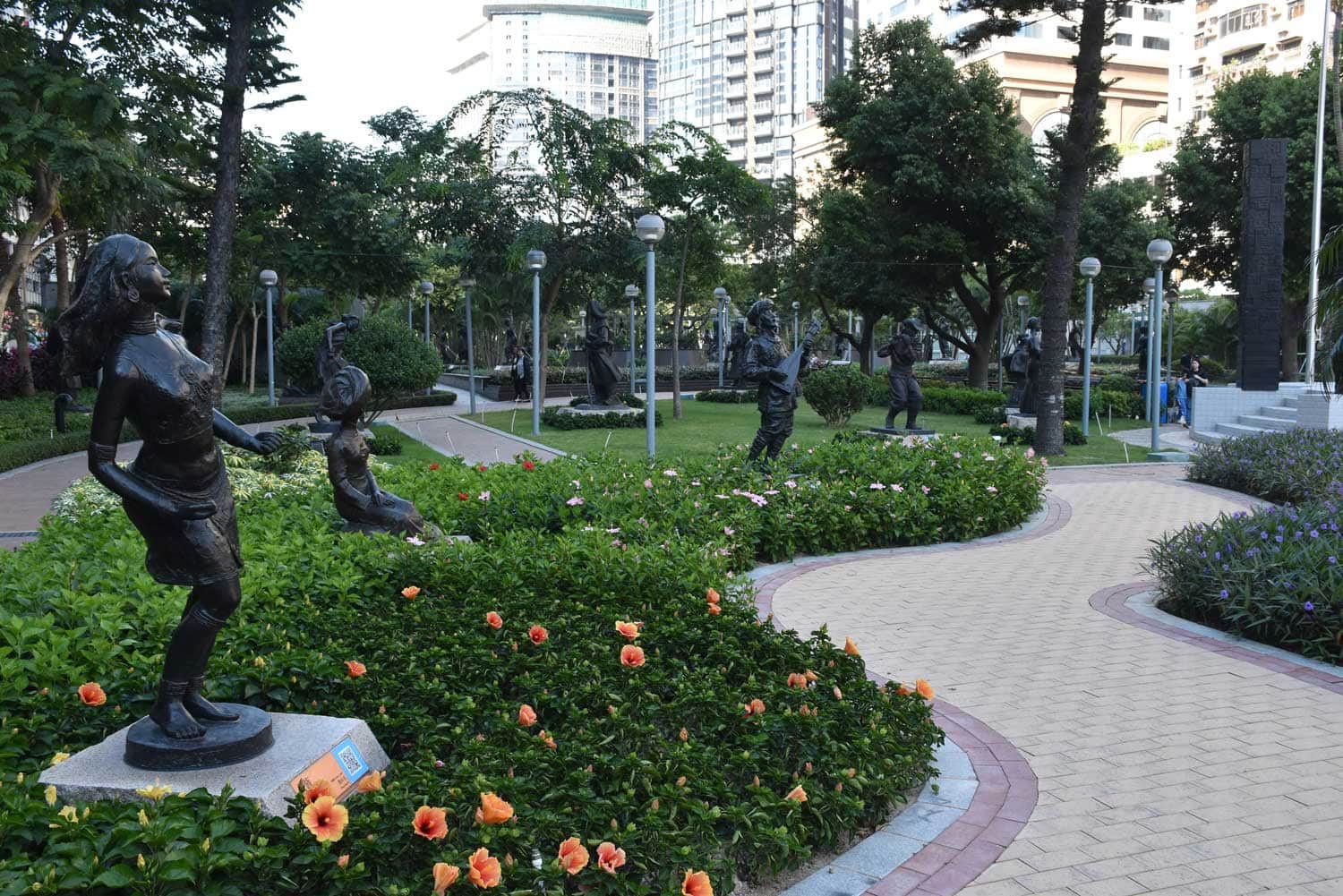 There’s no doubt they’re in a much better place now, and the park is definitely worth checking out, if you happen to be in the area. 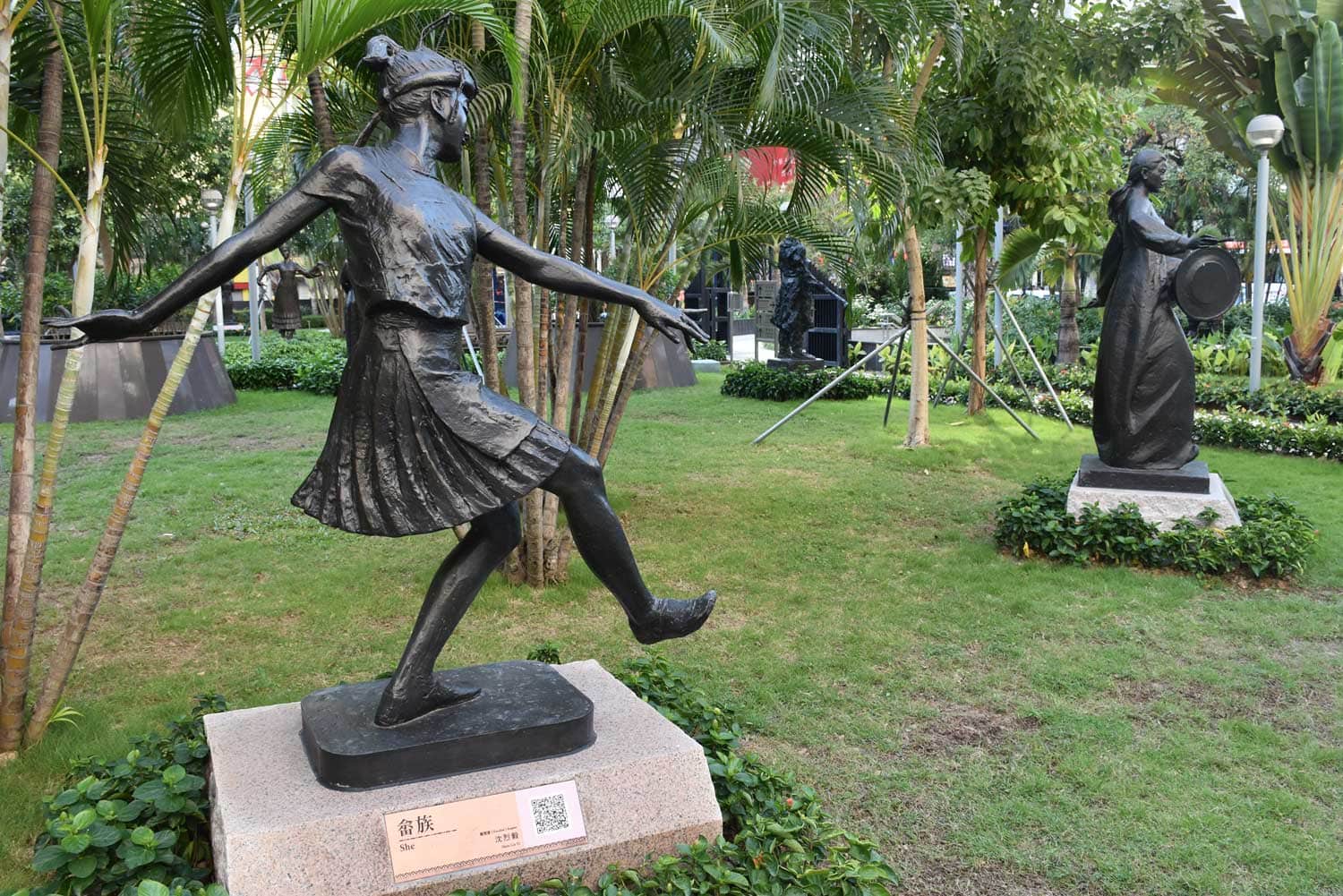 One of the most pleasant urban parks I’ve ever been to, the way the sculptures are arranged now is far harmonious than at their previous venue, which Mu Yi and I visited as a part of Trip Report II. 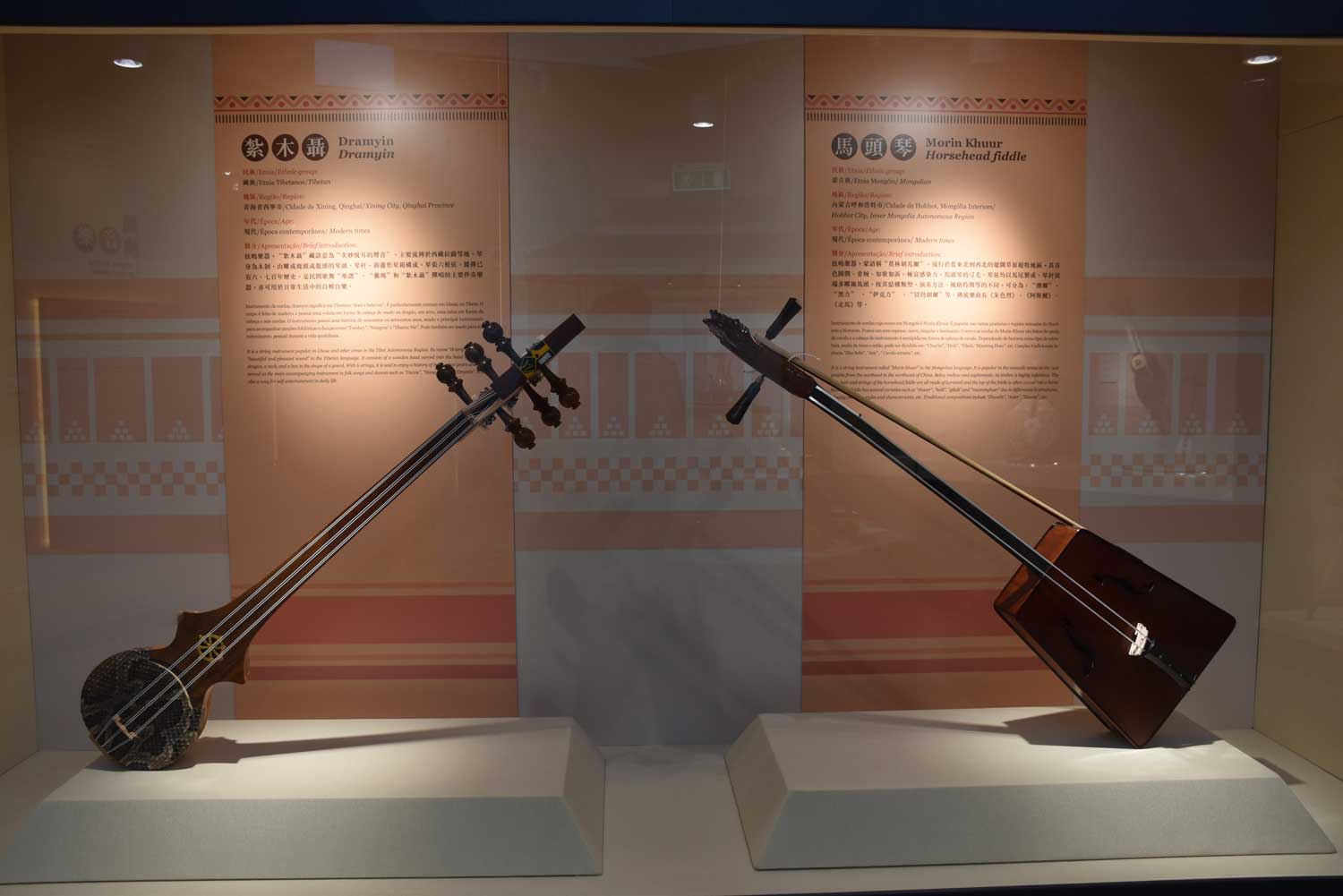 There’s also a small exhibition center displaying clothes, instruments and other pieces of cultural heritage from the various minorities. 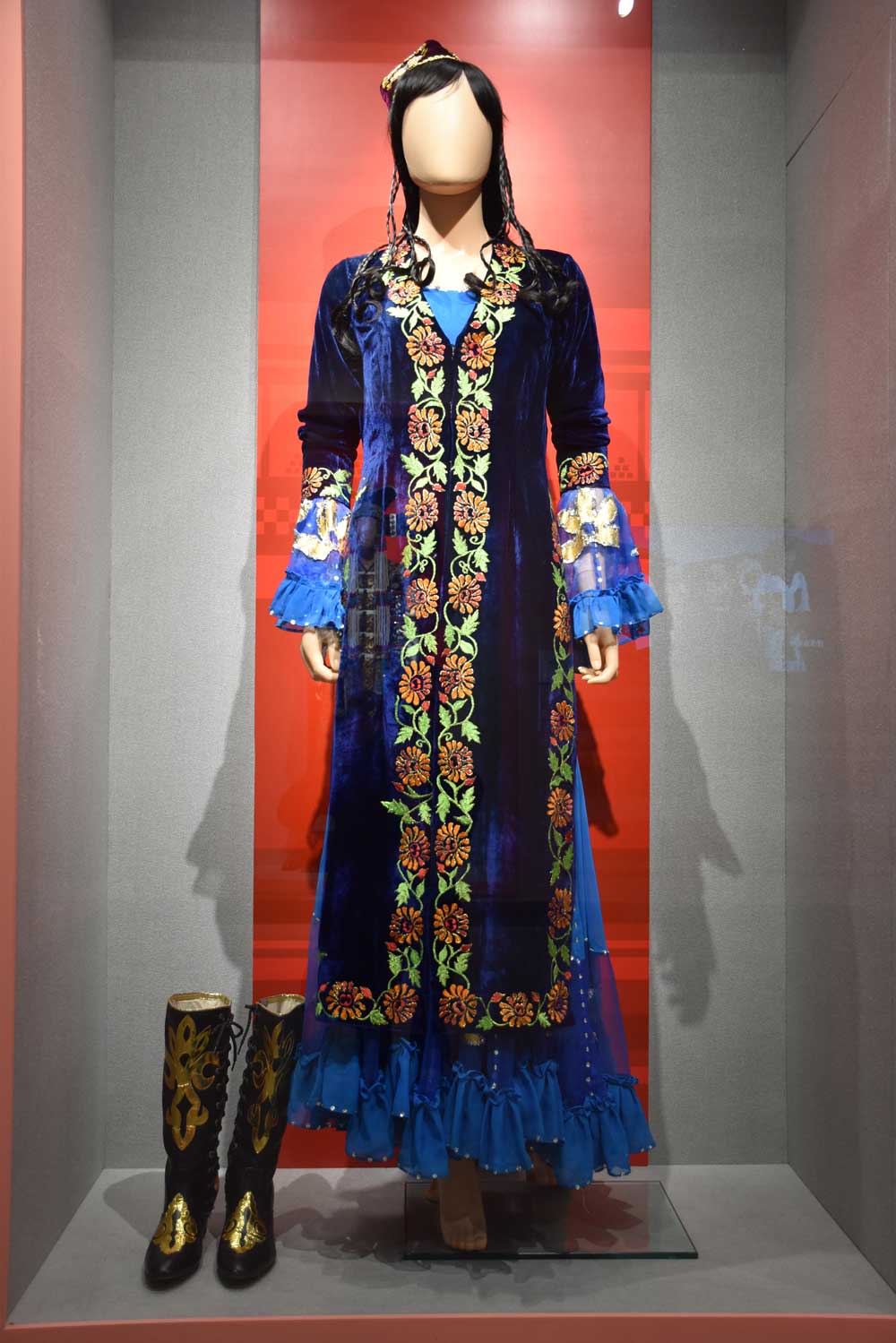 As for Taipa and Coloane, I think the two best parks are Hac Sa Reservoir BBQ Park and Saec Pai Van Park. 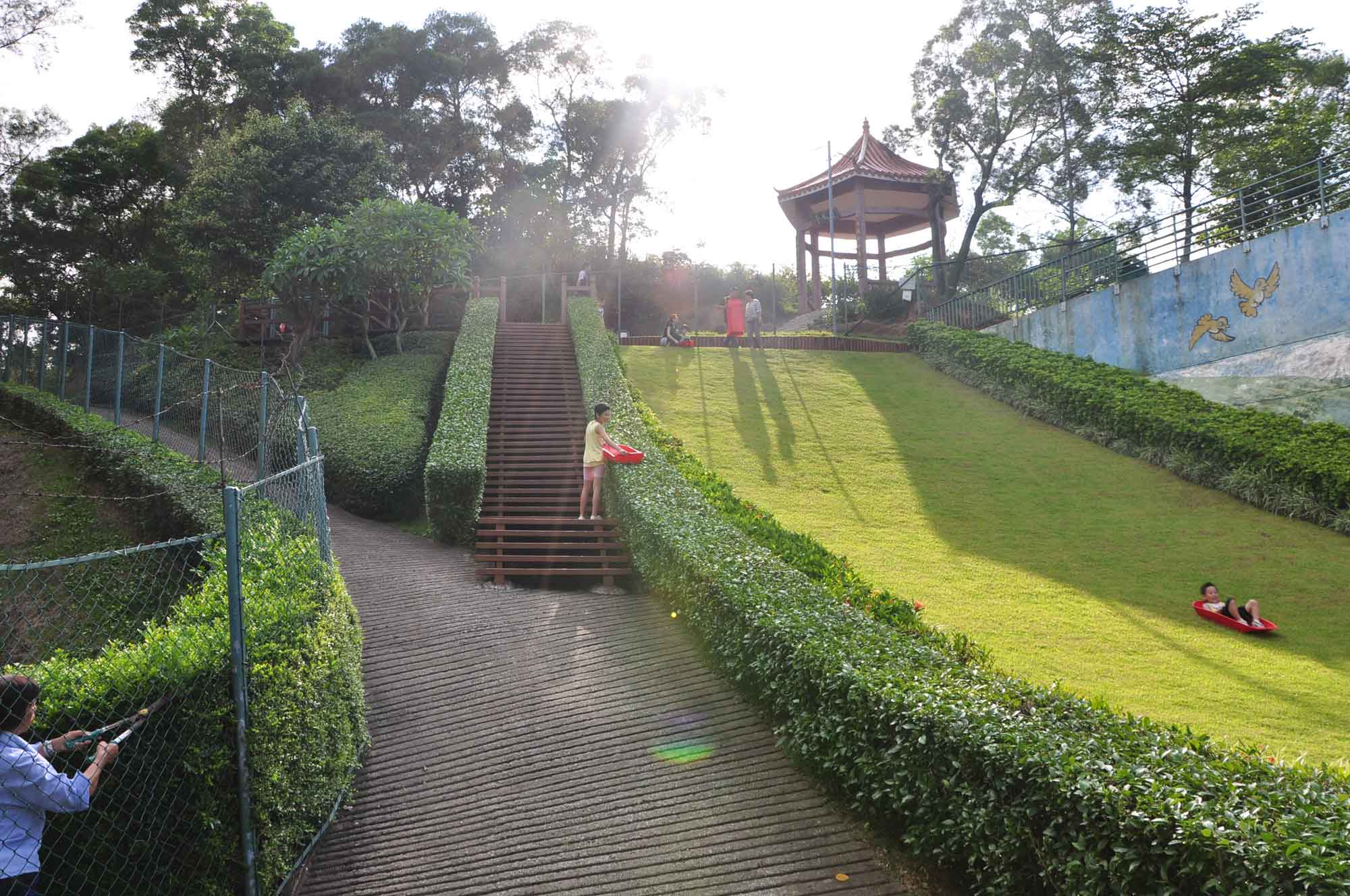 In addition to hiking trails, this big park is also home to the Nautical Entertainment Center where boats and water scooters can be rented. 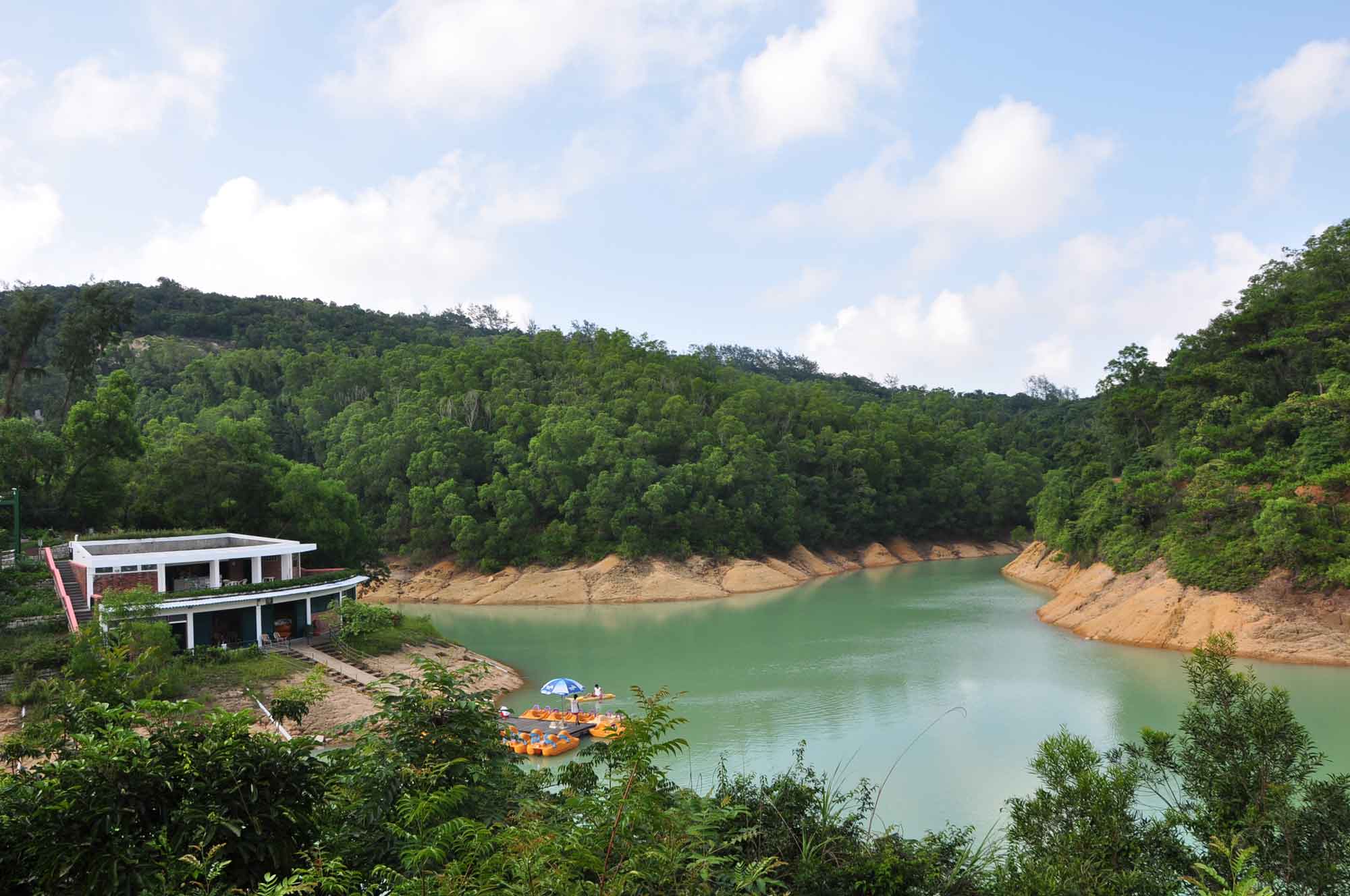 The main attraction of Saec Pai Van Park is the Giant Panda Pavilion, where visitors can watch resident pandas Kai Kai and Xin Xin eat a whole lot of bamboo.  When put together their names form Kai Xin, or 开心 in Chinese, which means “happy.” 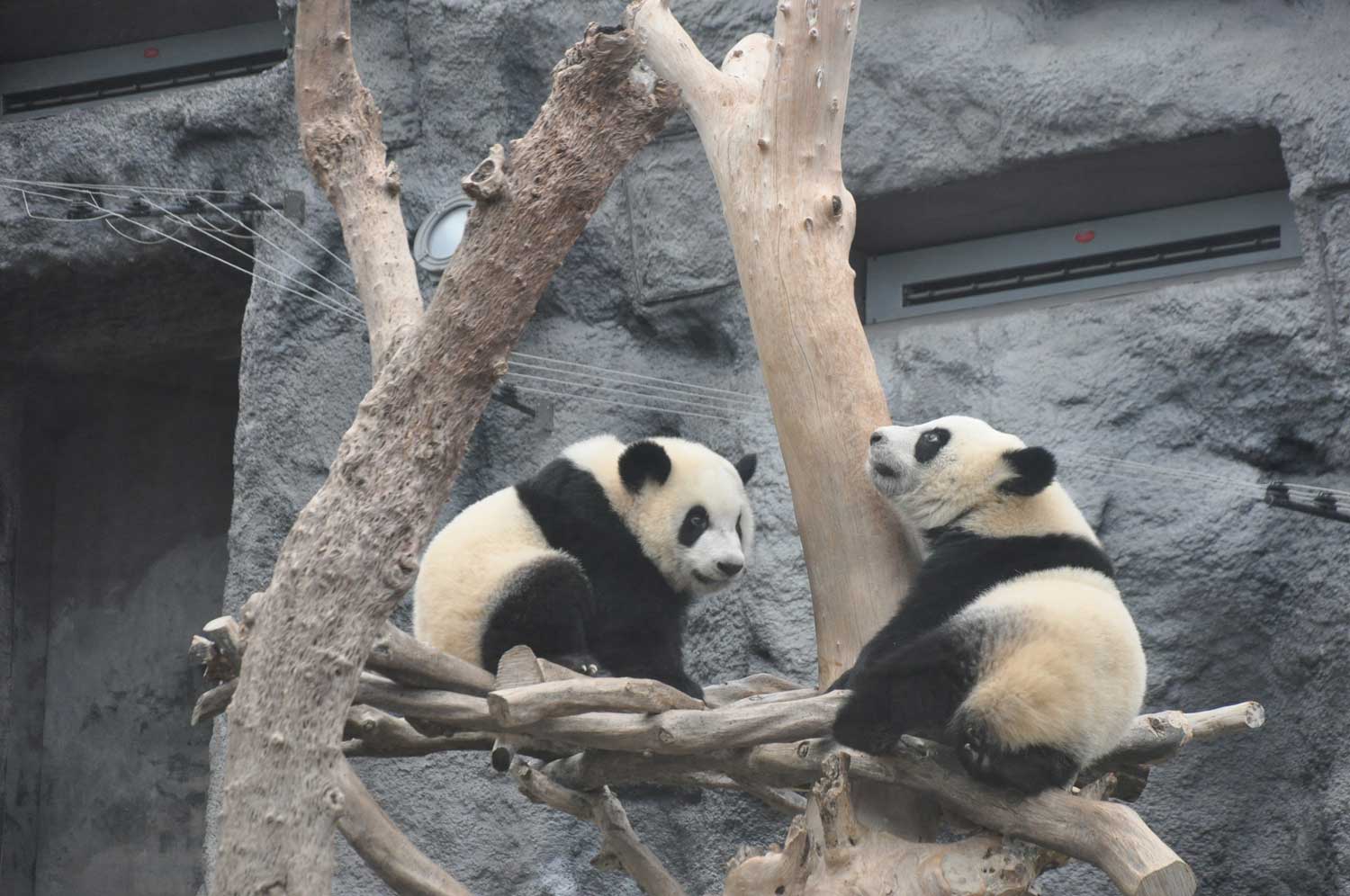 They had twin babies in 2016 which are only available for public viewing on Sunday afternoons, while two new red pandas were introduced in 2017. 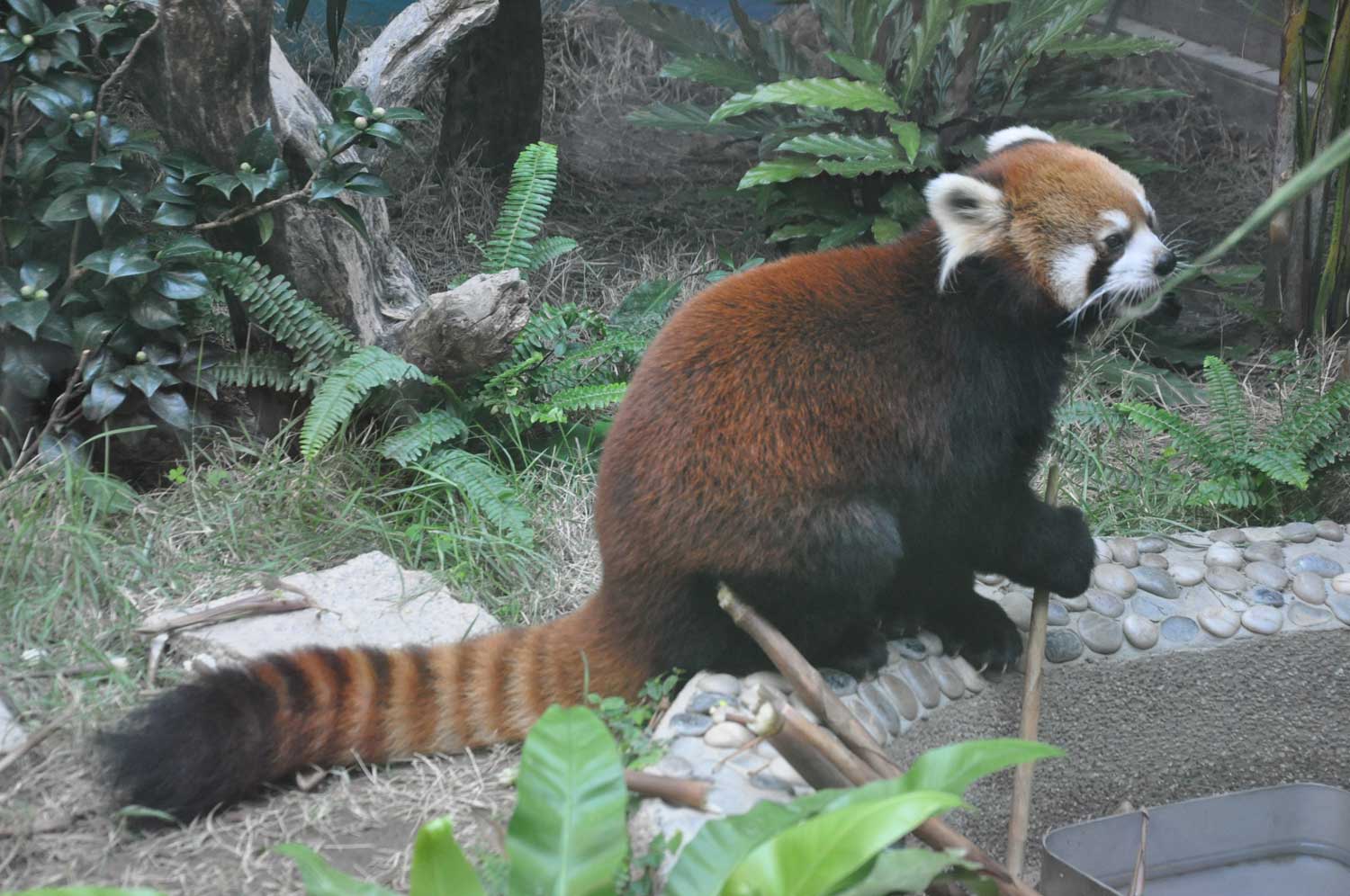 The Giant Panda Information Centre is also located in the park, where visitors can learn more about China’s most prized animal. 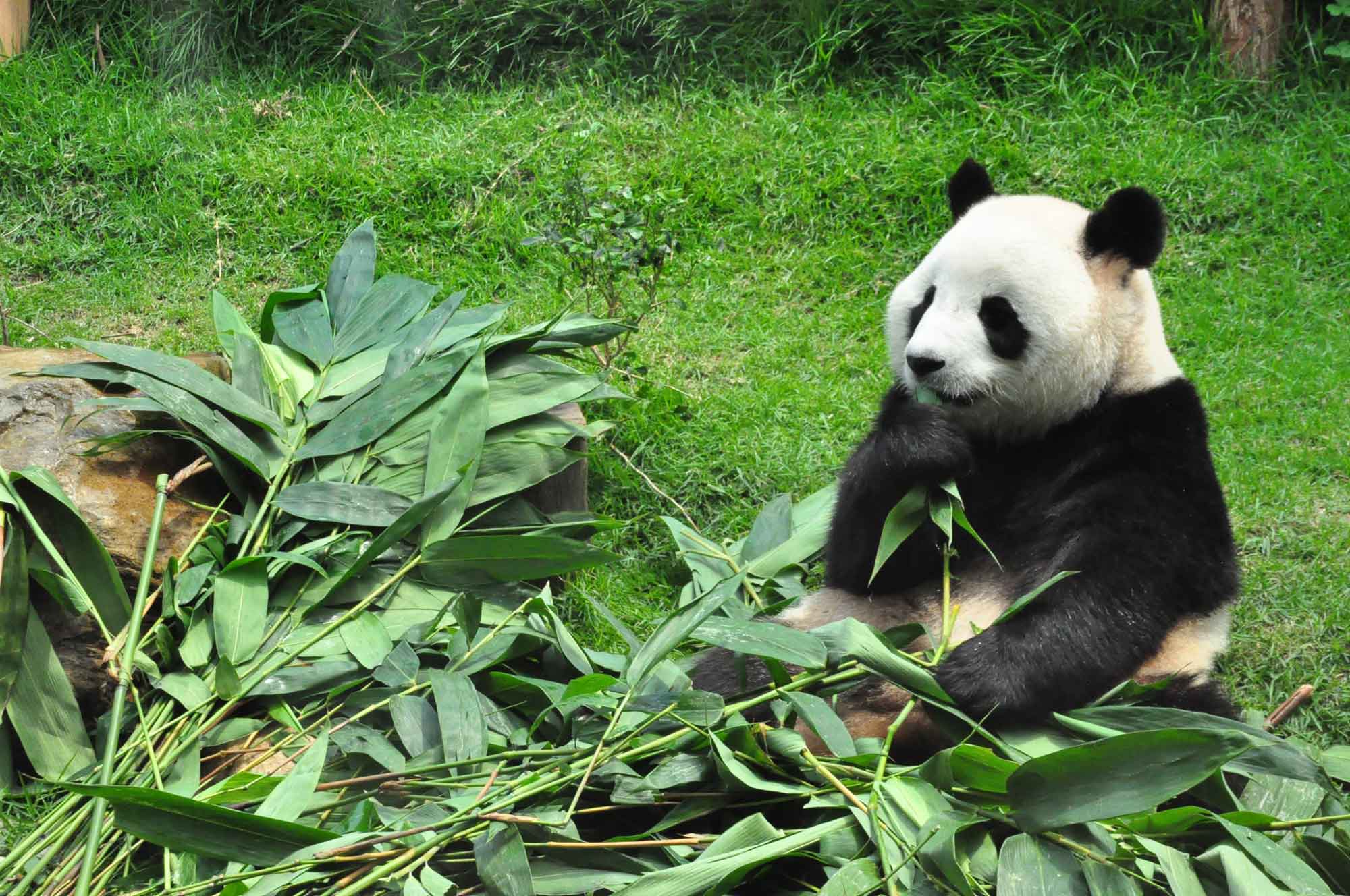 For those visiting Macau with children, the Giant Panda Pavilion is undoubtedly one of the city’s top attractions.  For more information, please check out their website at www.macaupanda.org.mo

Follow the link below to learn more about Macau Beaches