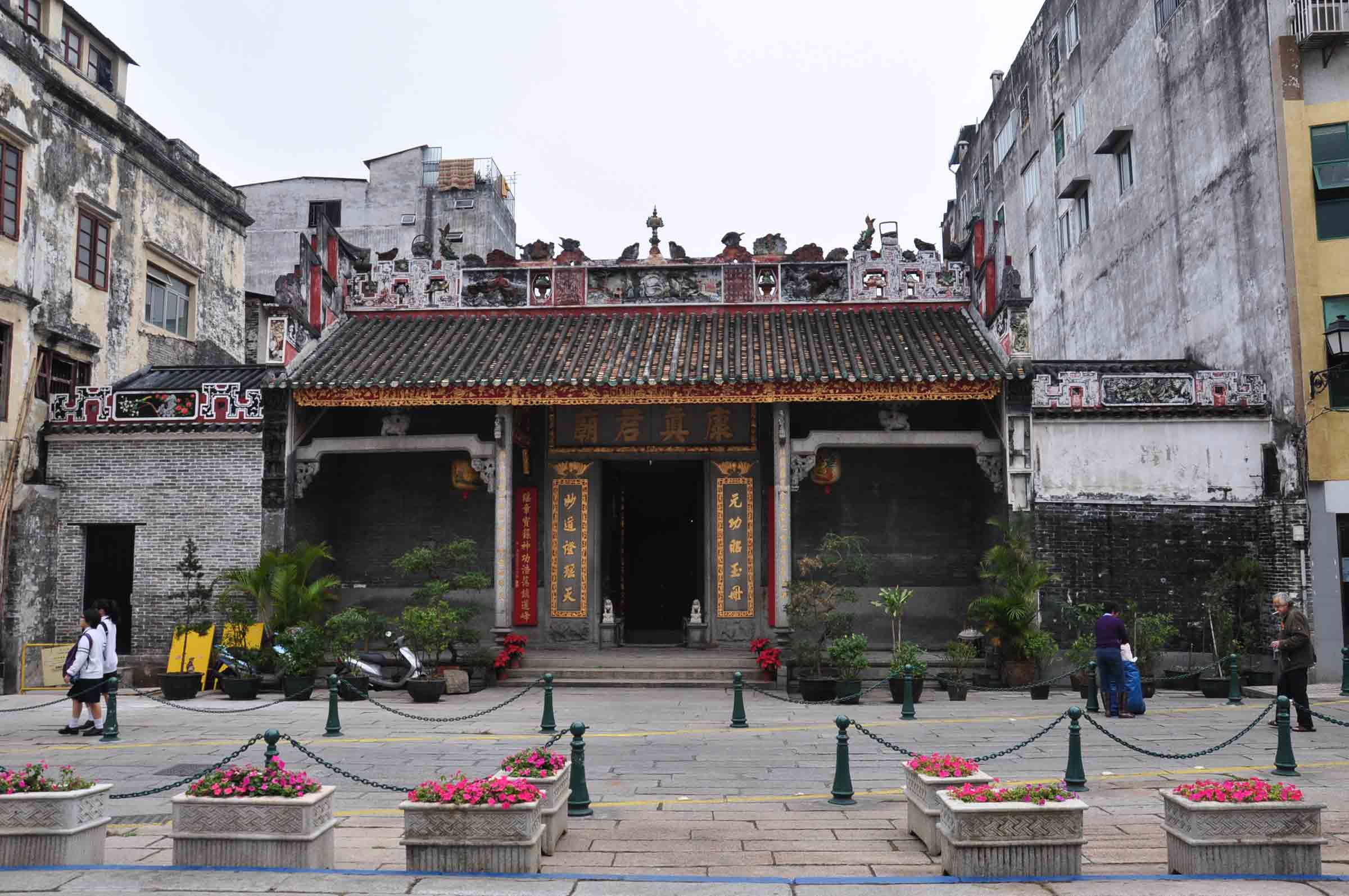 In the 19th Century, Hong Kung Temple used to be located right on the coastline, and one day a wooden statue of Hong Kung washed up onto the shore. 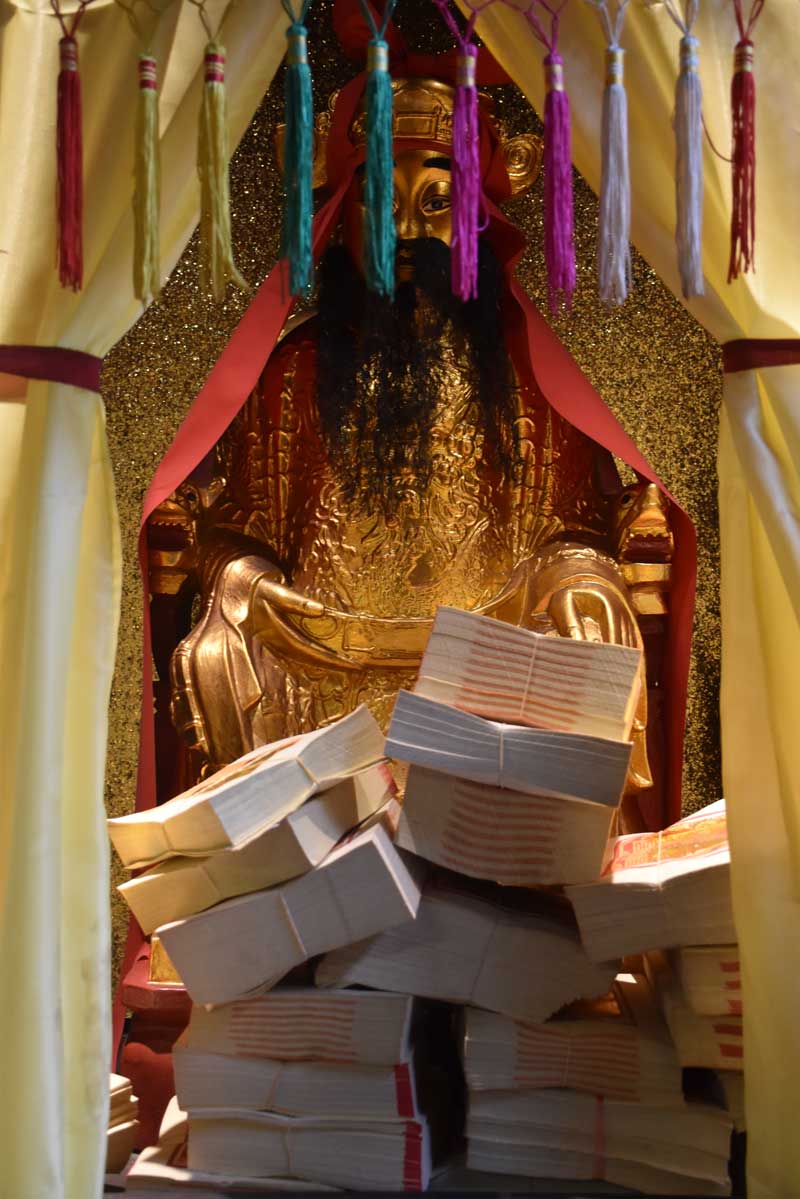 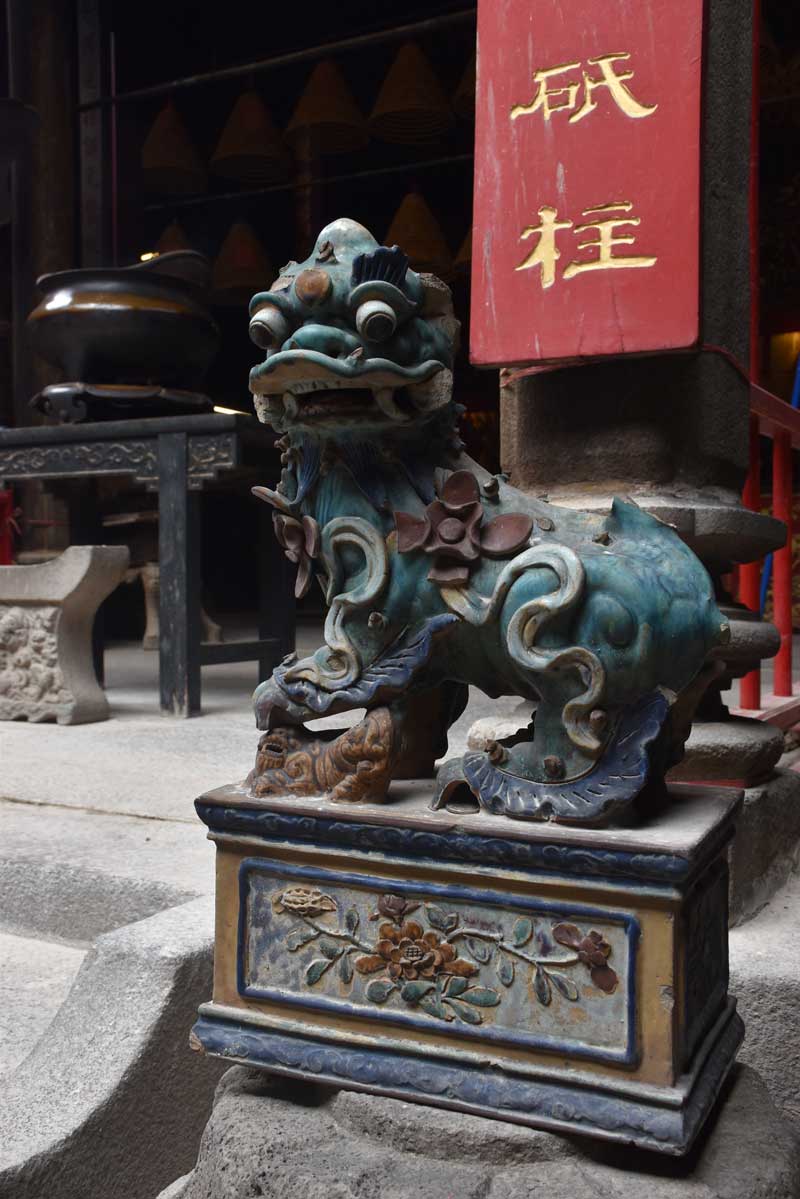 The local residents took it as a sign of divine intervention and built a temple there in 1860. 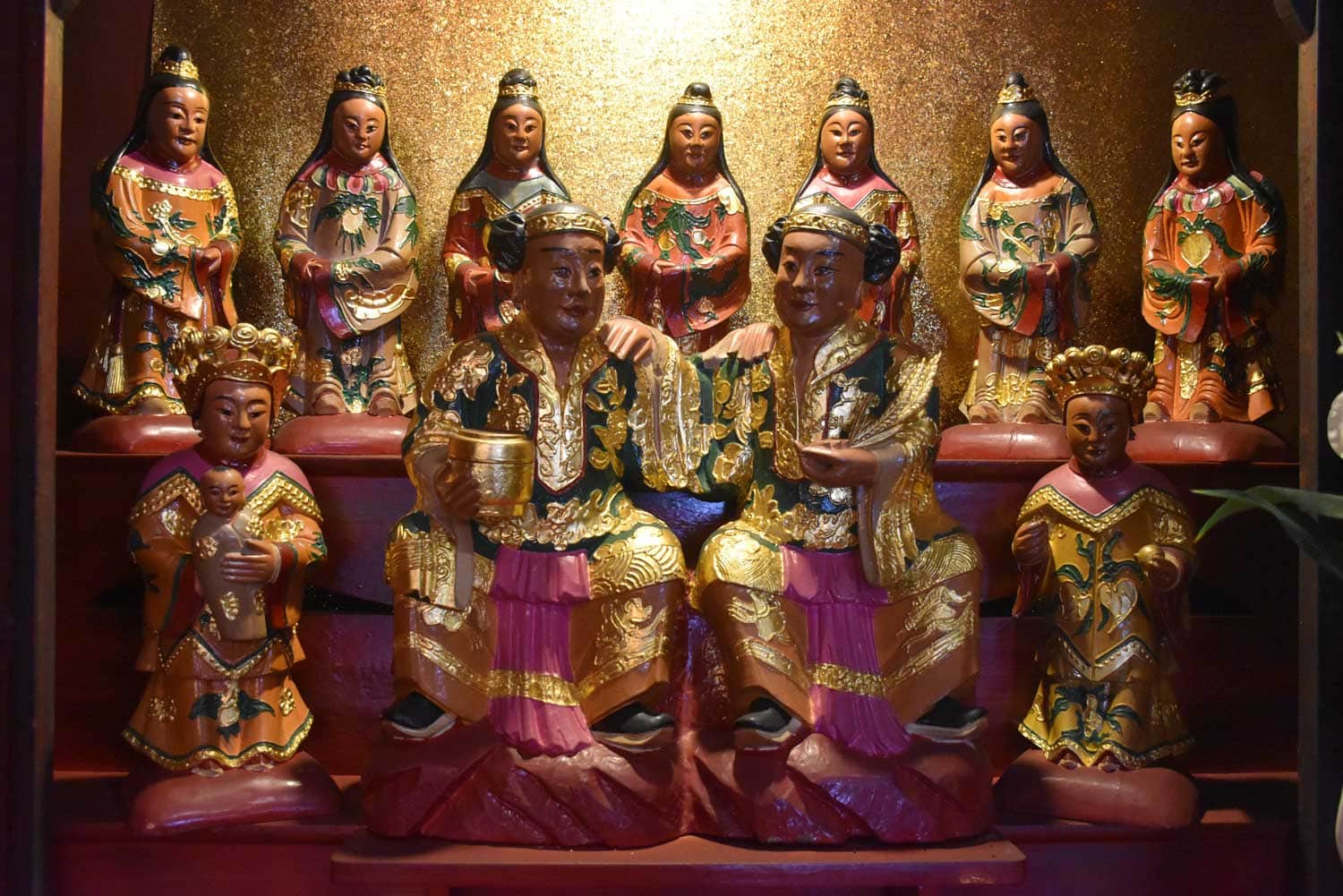 Up until the 1970’s Hong Kung Temple was home to a free school for the poor and illiterate, and is also known as the Bazaar Temple. 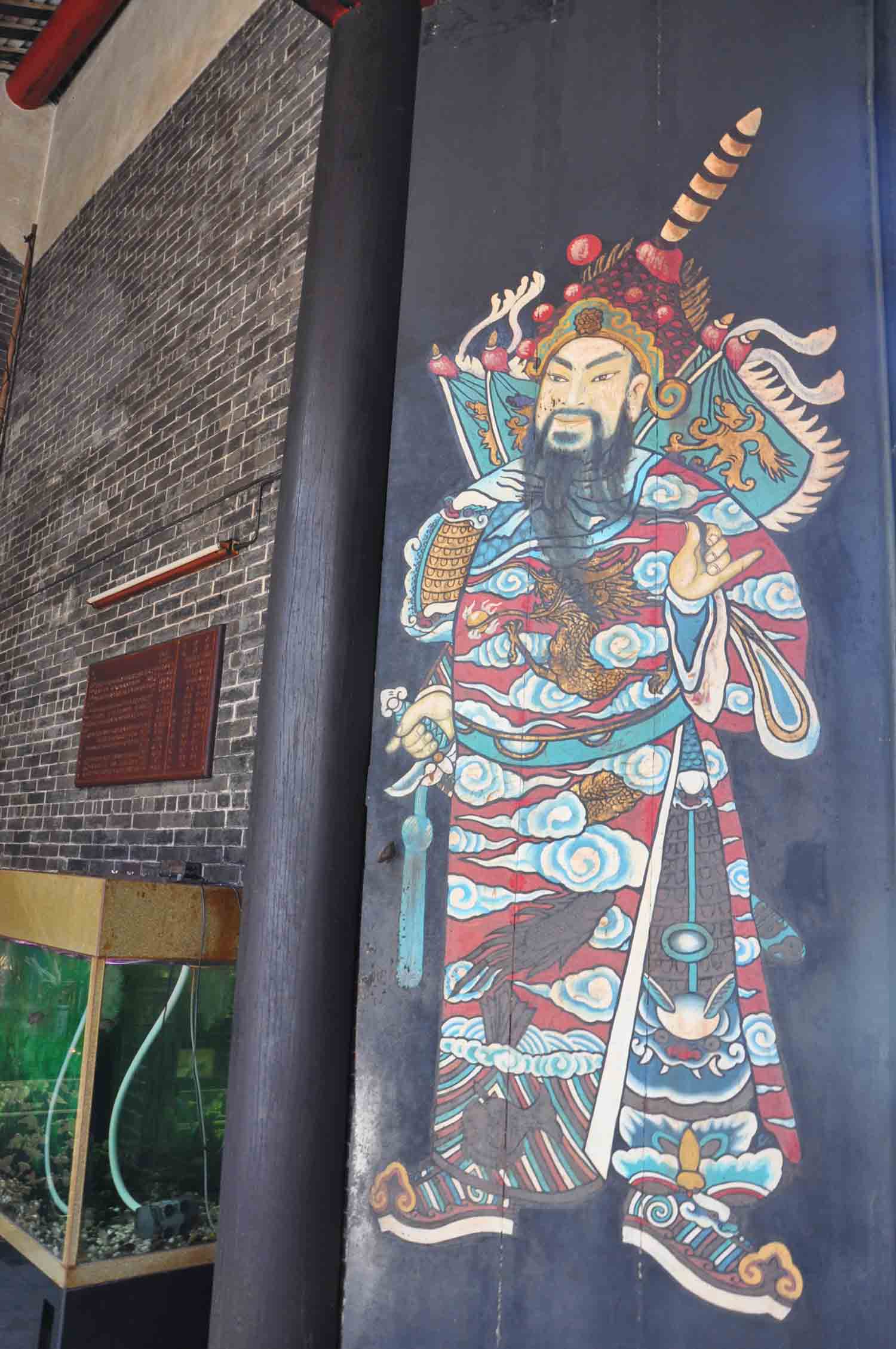 To view more pictures, please have a look at Trip Report III.

Lin Kai Temple was built in the 17th Century, and features an intricate facade of granite carvings and tiled pictures. 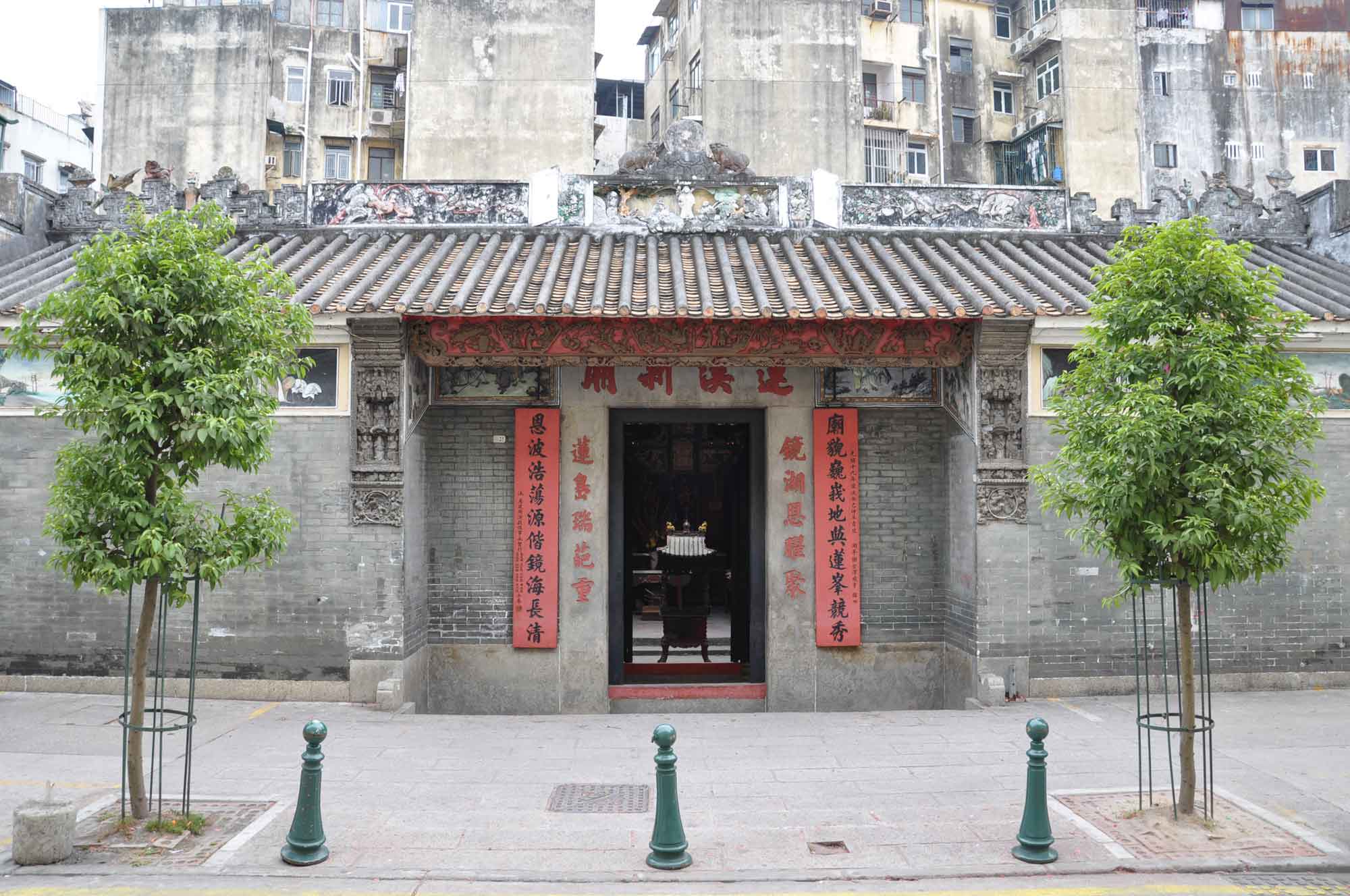 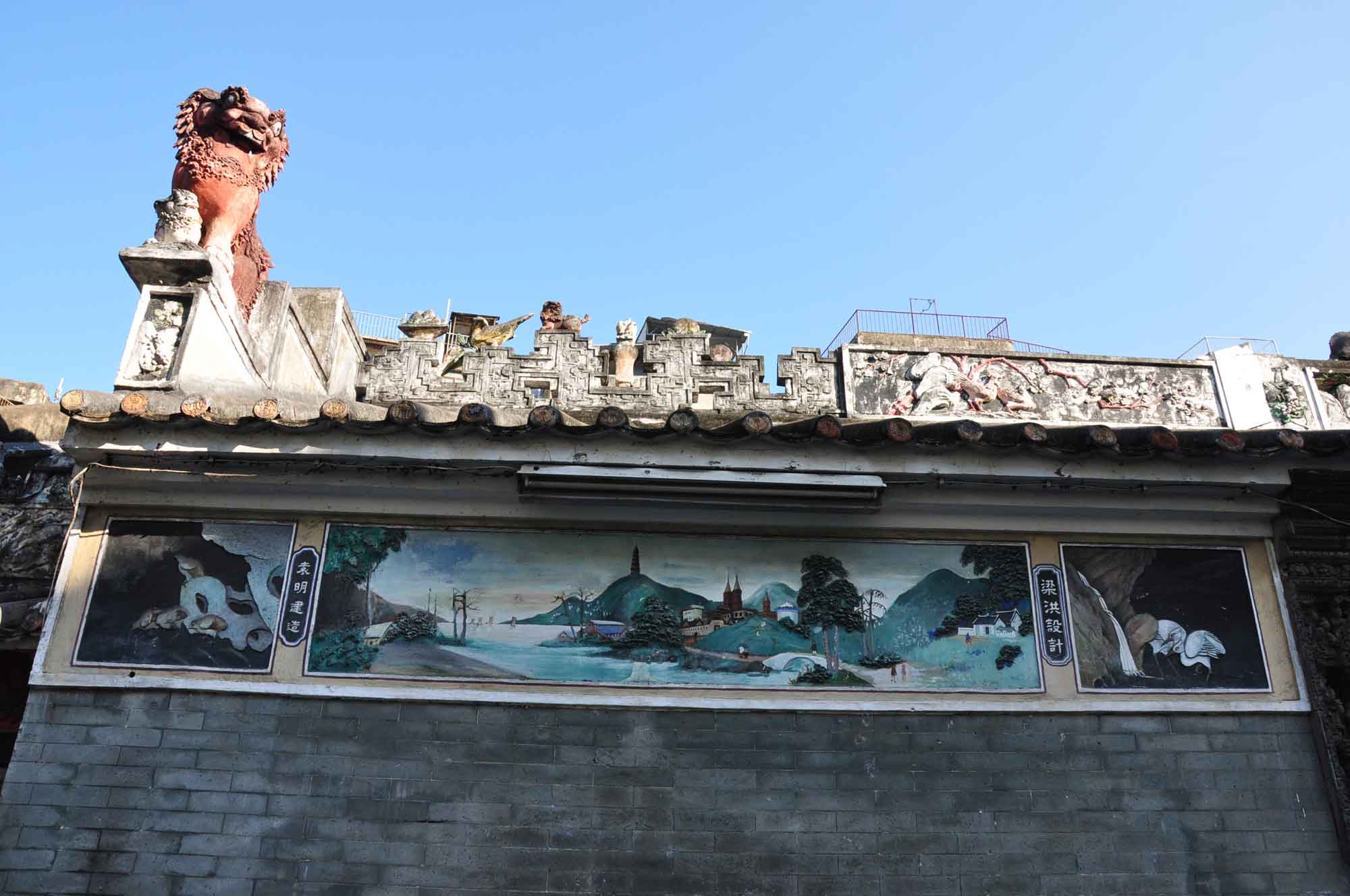 The main hall is a shrine to Ua Kuong, the dark-faced God who guards against fire. 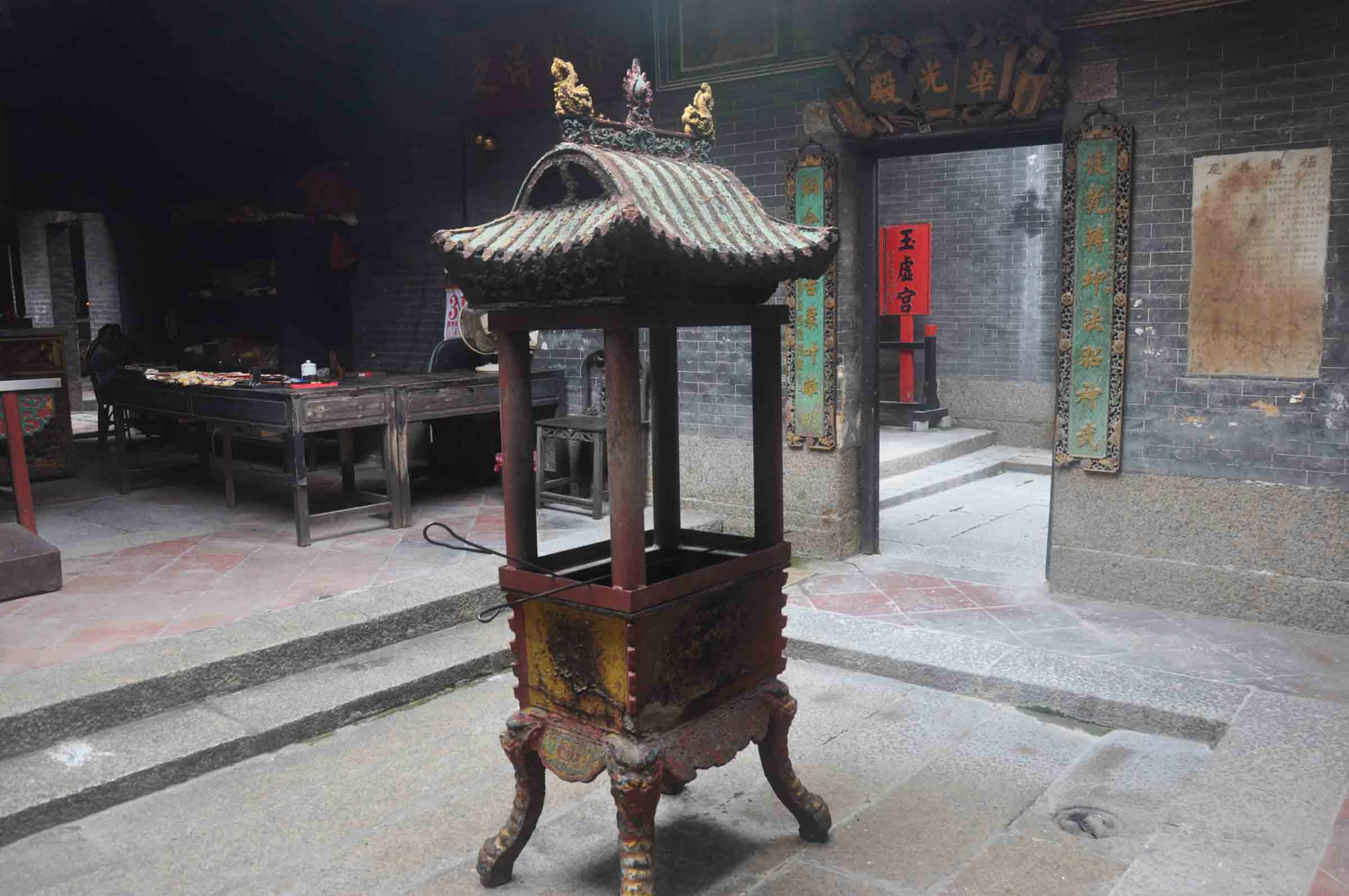 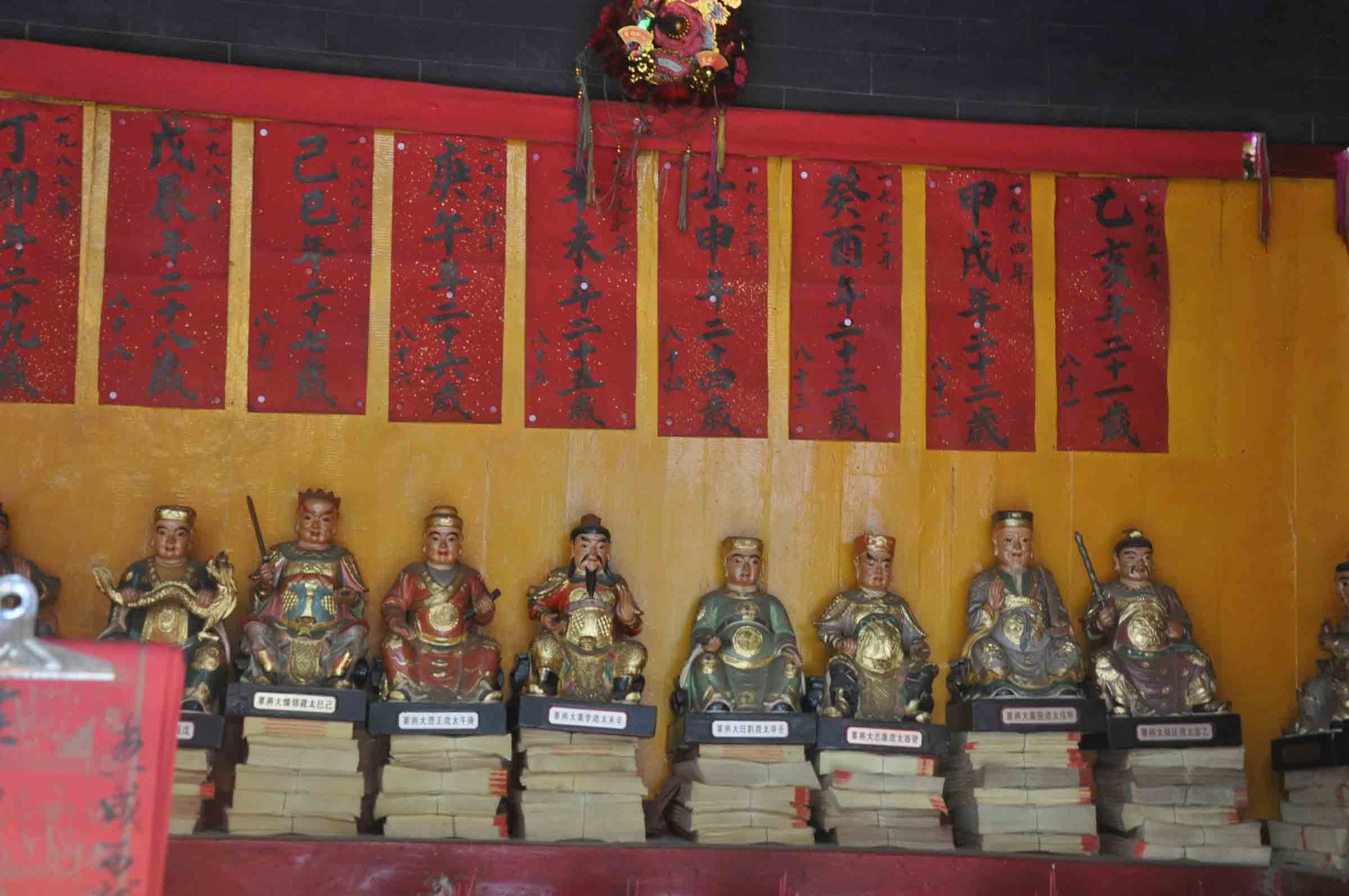 In an adjoining hall there are statues of 18 goddesses with children, symbolizing childbirth and rearing. 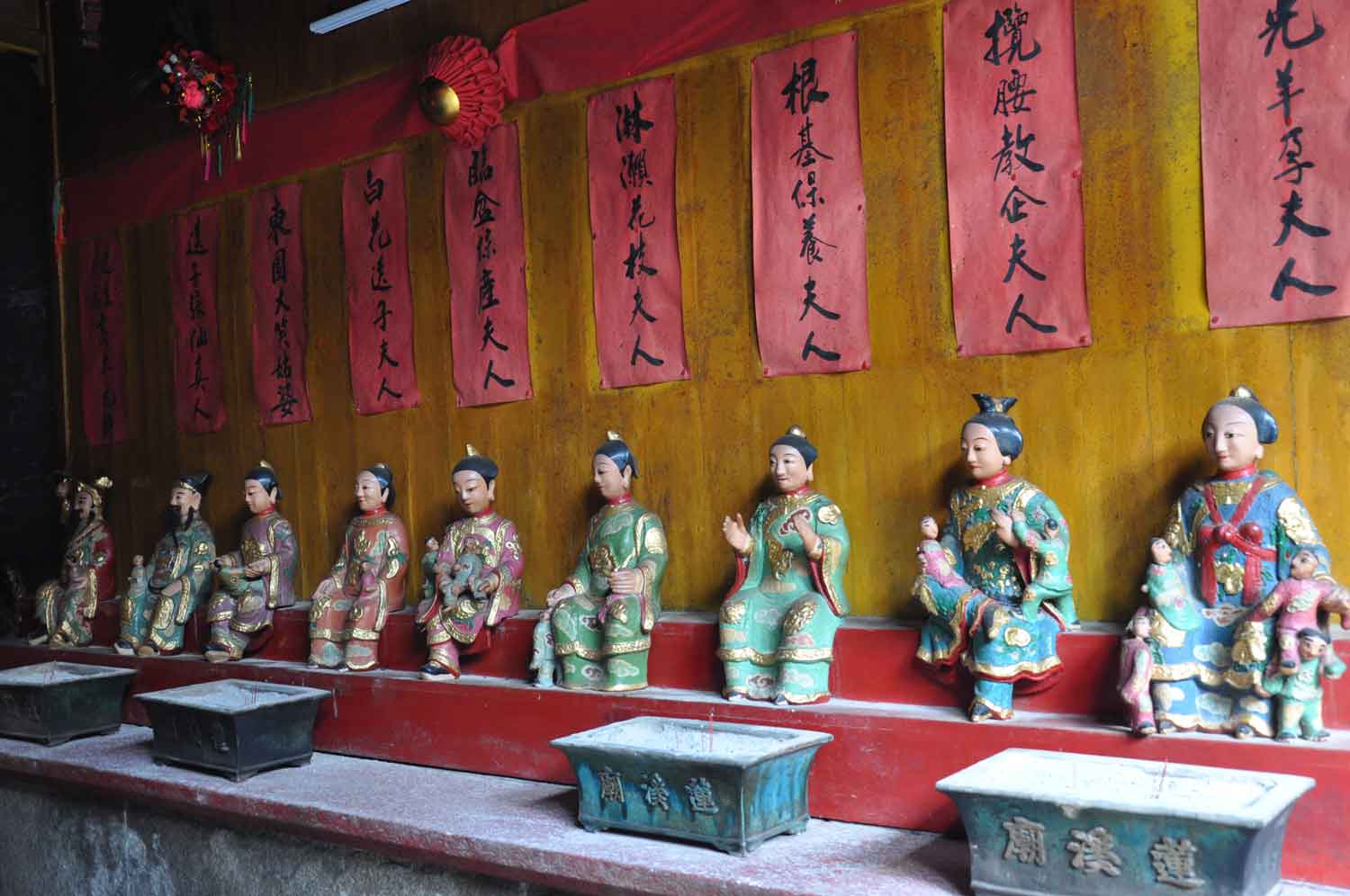 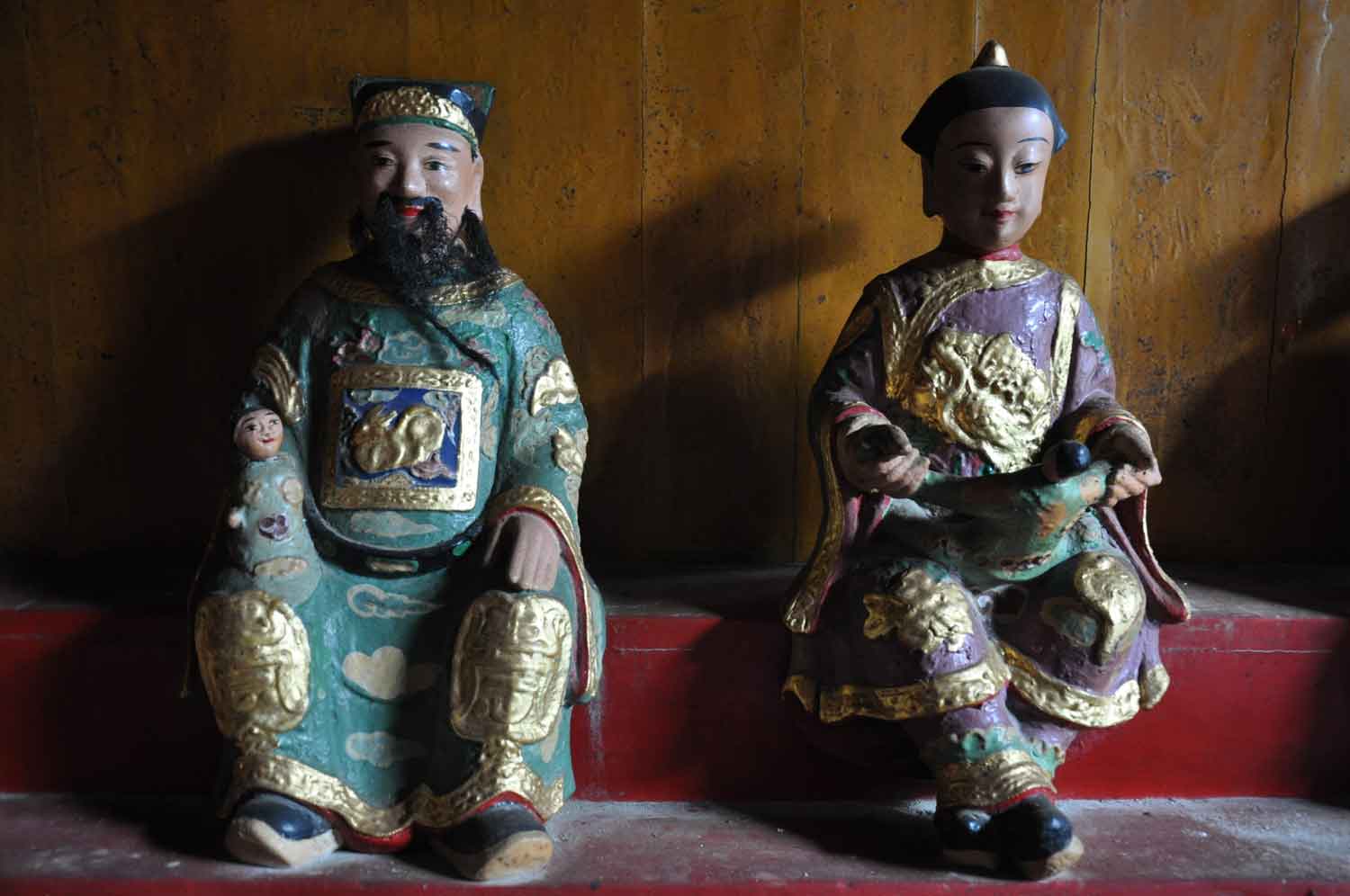 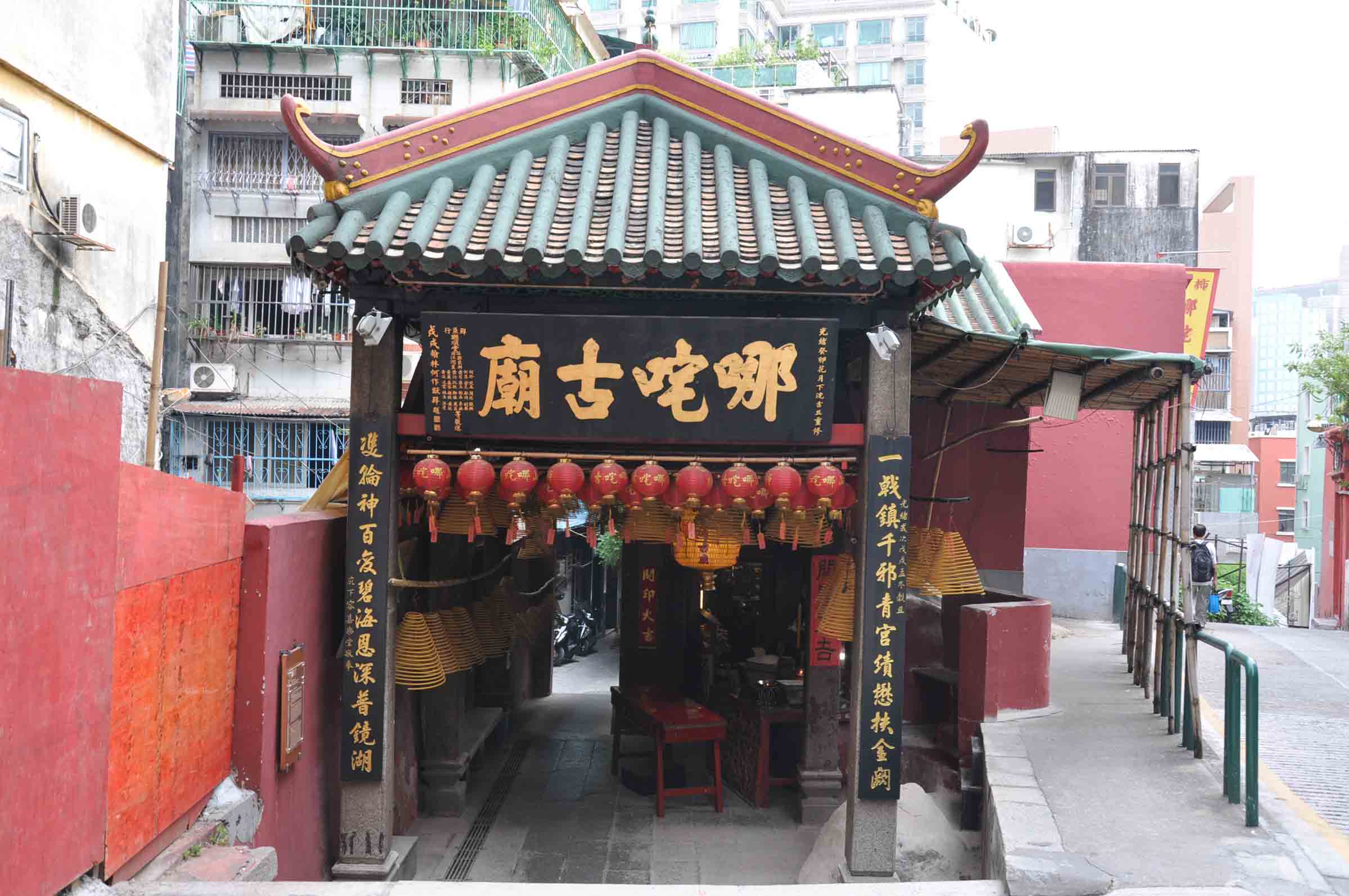 One of two temples dedicated to the child God Na Tcha, this one is much older, having been built at the beginning of the Qing Dynasty. 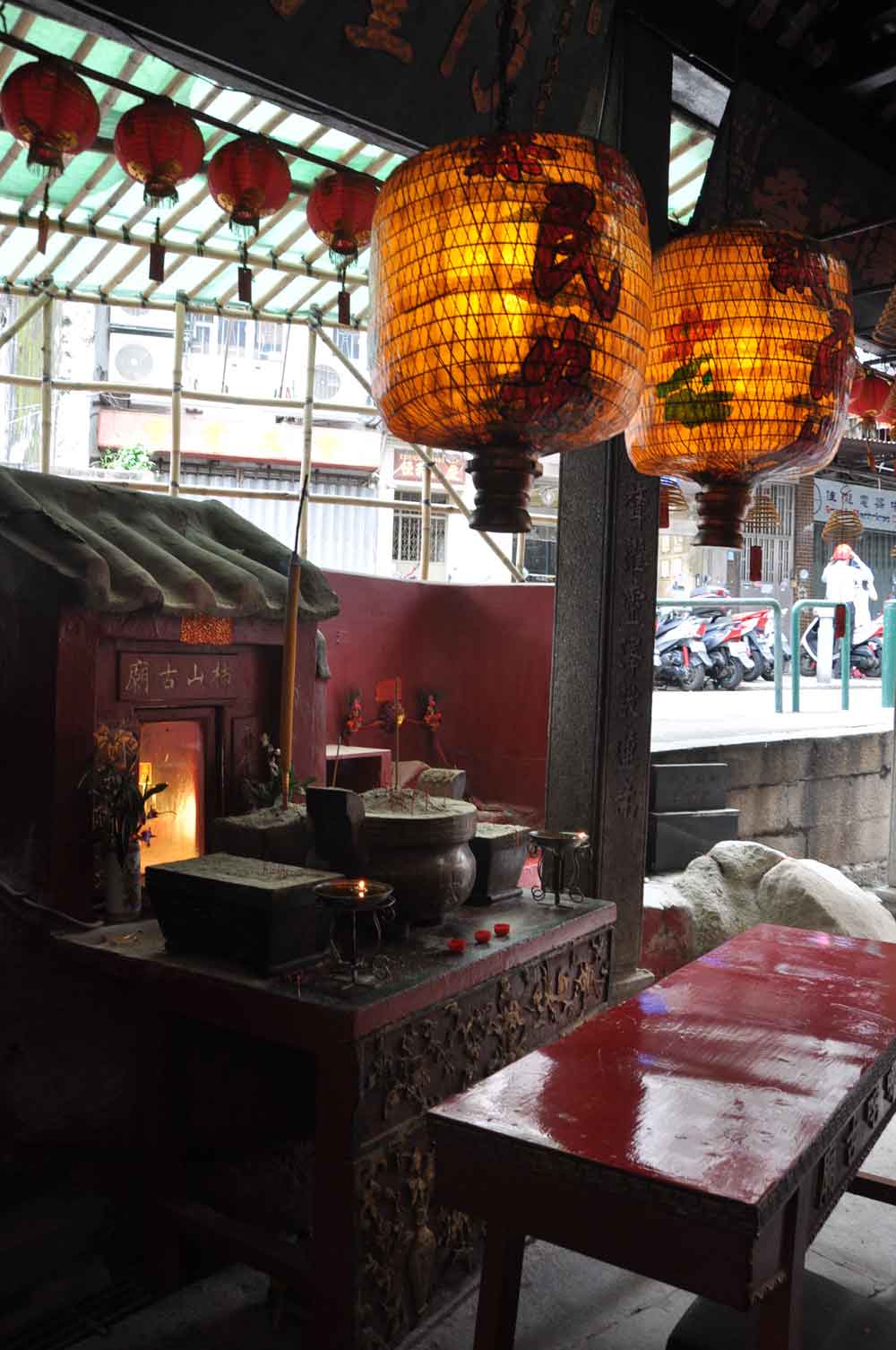 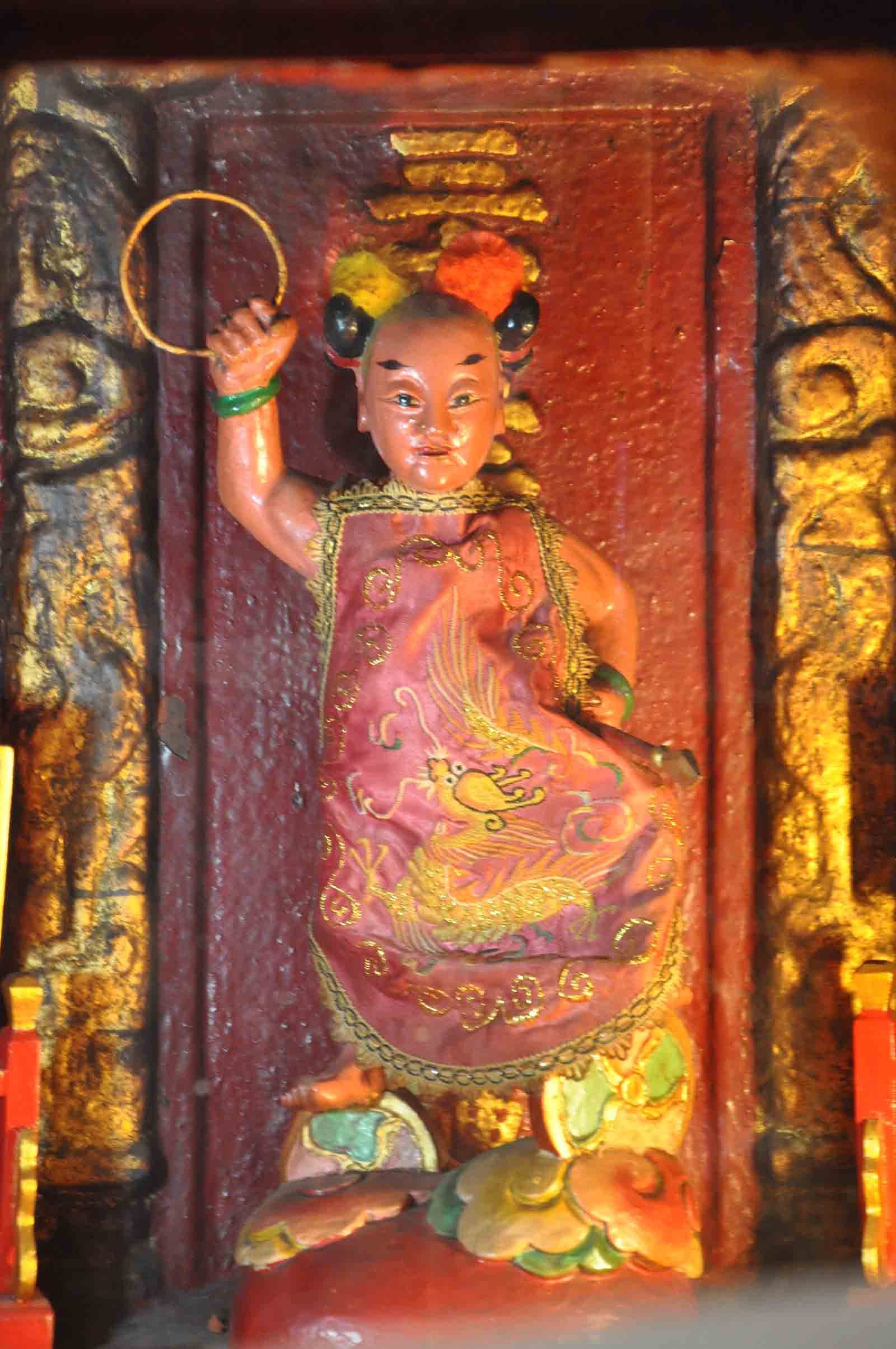 Macau Temples: Temple of the King of Medicine

This pretty yellow temple was first constructed in 1933.  It recently underwent a reconstruction that I don’t like, so I’ve left the old pictures up. 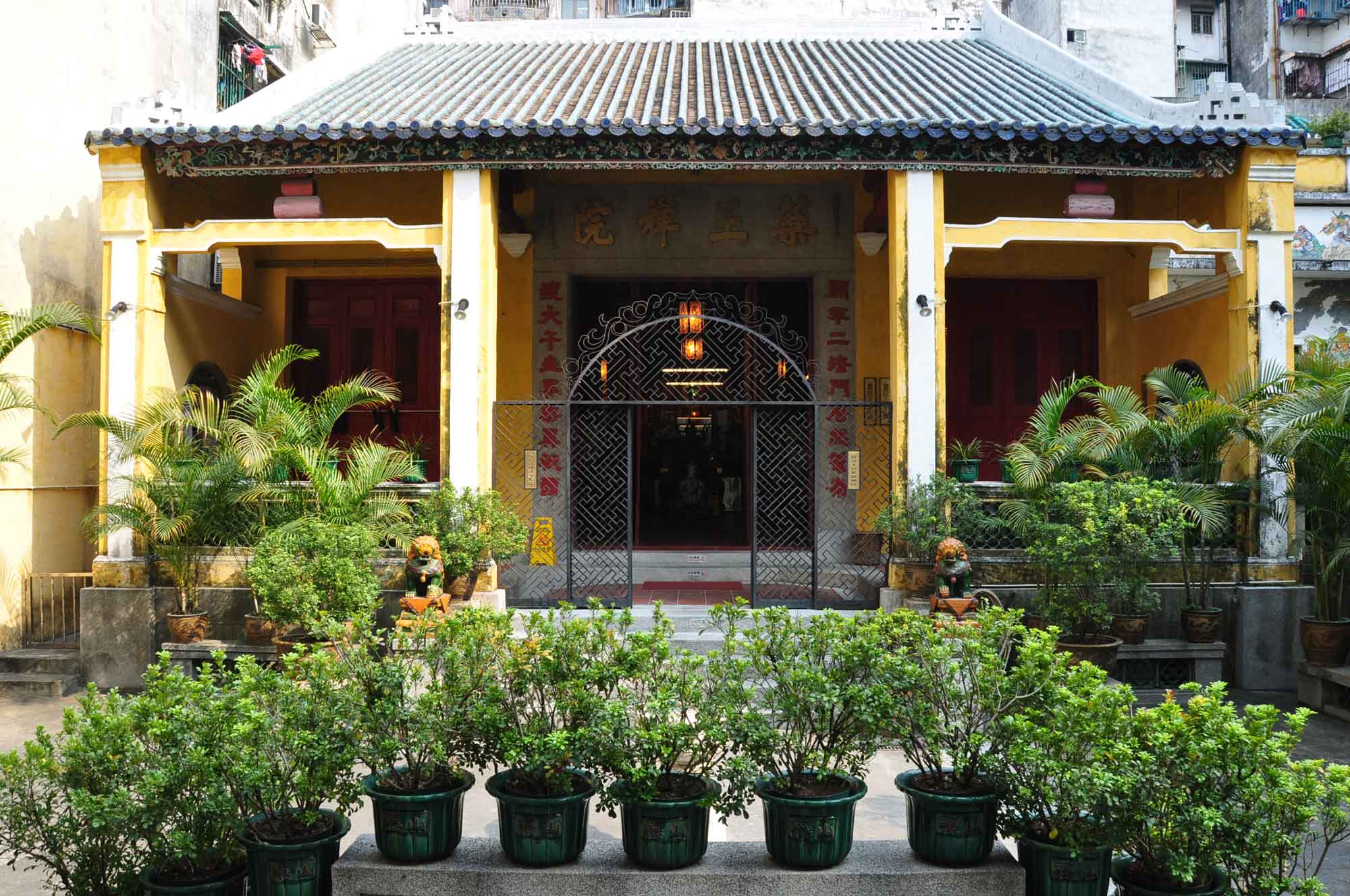 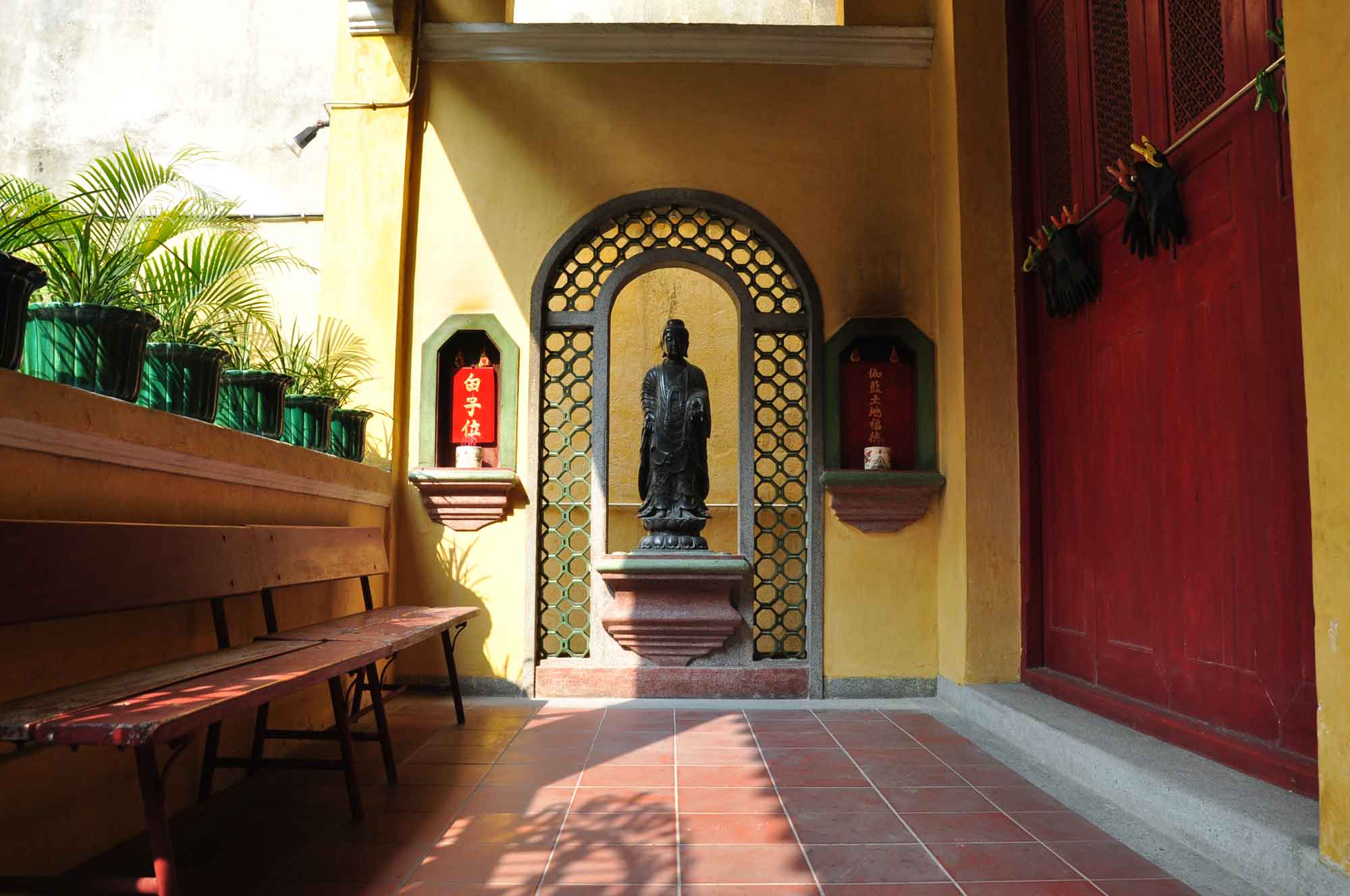 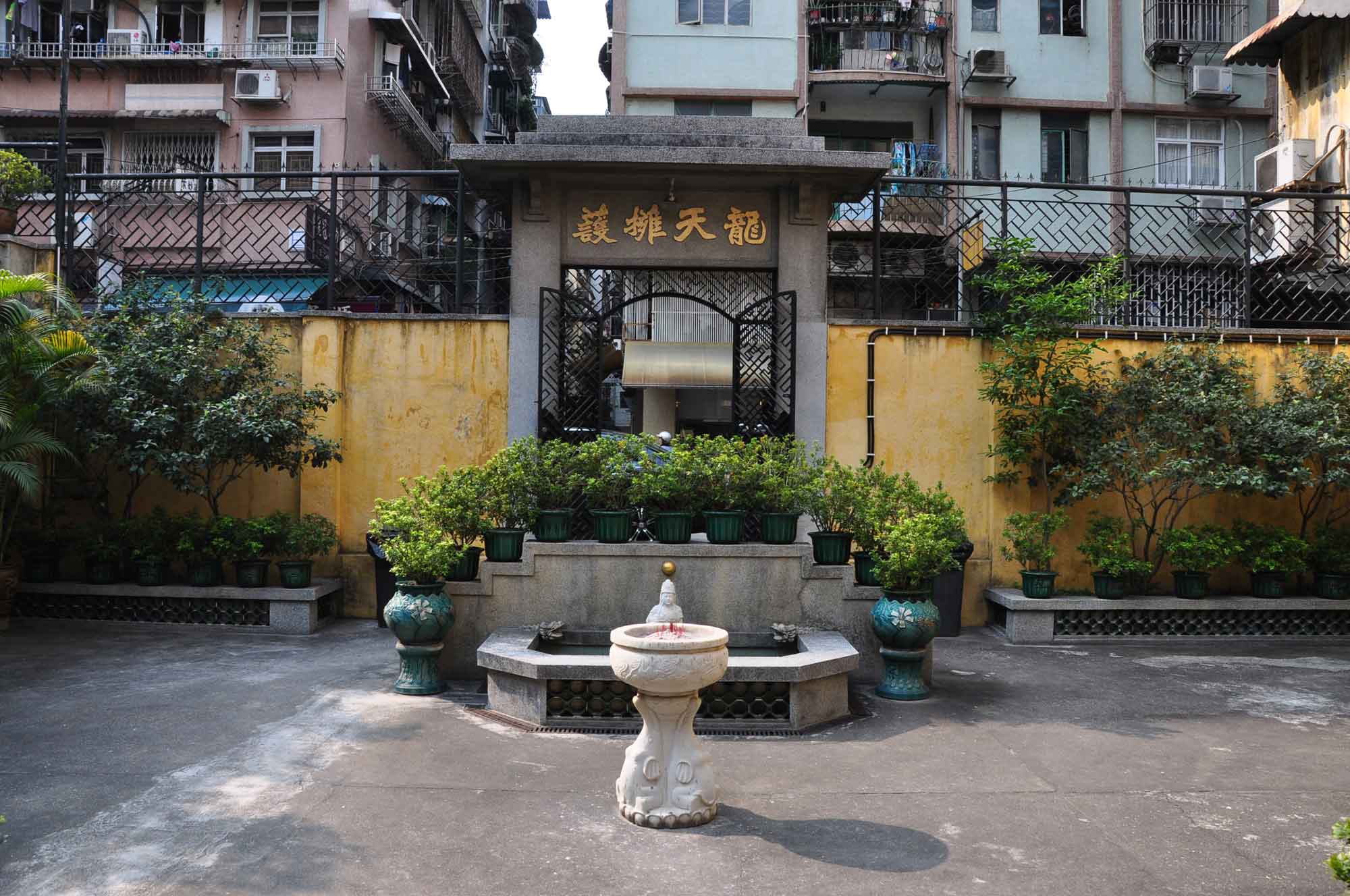 To see more pictures of how it used to look before, please follow the link to Trip Report I.

Follow the link for more temples in Taipa Village!