Macau’s City Hall was built in 1784 and means “Loyal Senate” in Portuguese.  The name derives from the time of King Joao IV, who restored Portuguese sovereignty in Portugal by overthrowing Spain’s Phillip III in 1640.  Macau was in a sorry state at the time, cut off from Europe, a shadow of its former self.  Indeed, all of Portuguese Asia was in shambles.

But the residents were overjoyed with the news and threw together what they could to offer Joao IV a humble tribute of guns and money.  When their new King on the other side of the world received it, and was told what condition the pitiable city was in and where it was, he proclaimed, “City of the Name of God Macau, There is None more Loyal.” 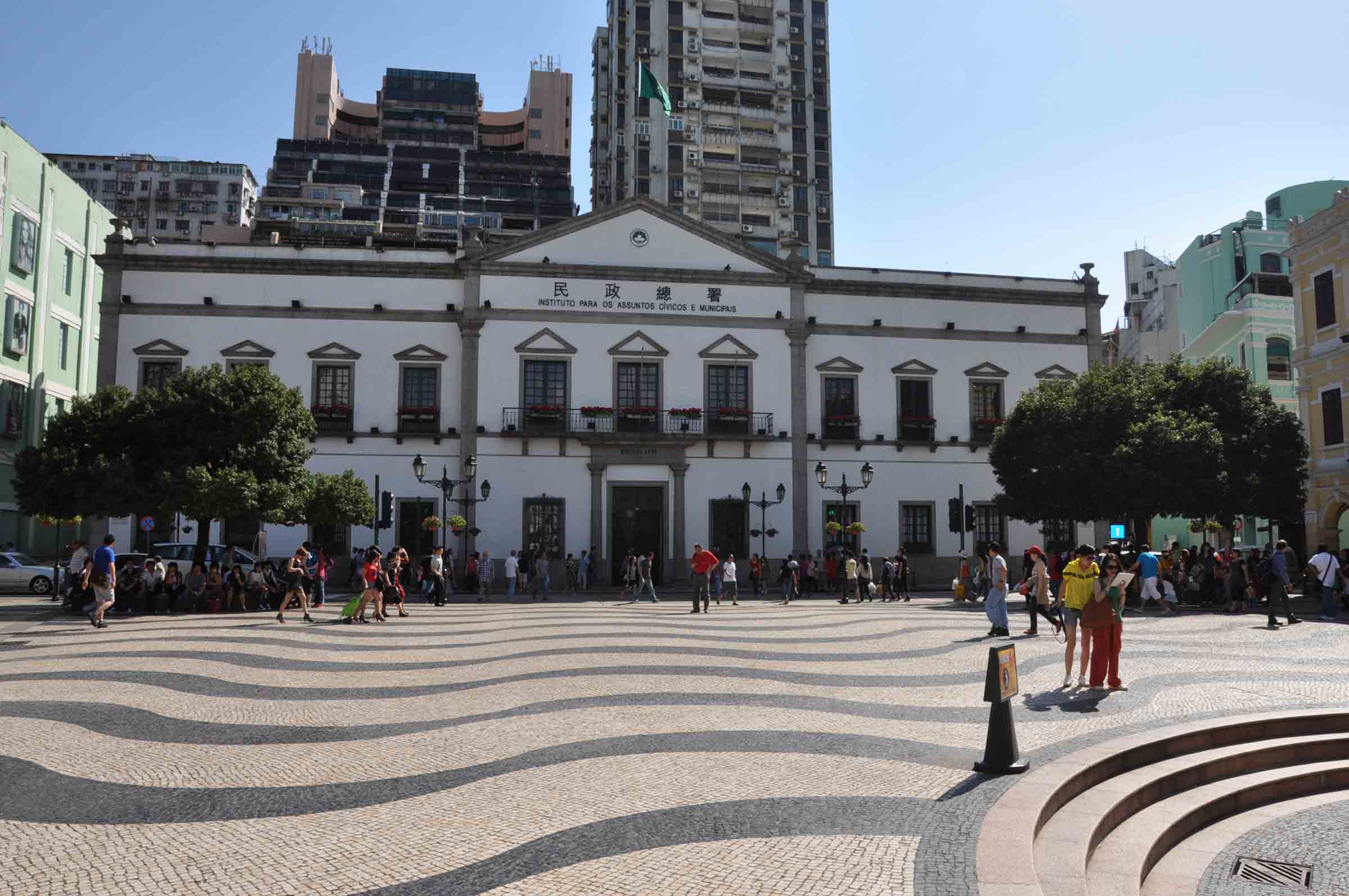 Leal Senado’s current appearance dates back to a renovation in 1940. The library on the 1st floor opened in 1929 and was modeled after the Biblioteca do Convento, a library in the Mafra National Palace. 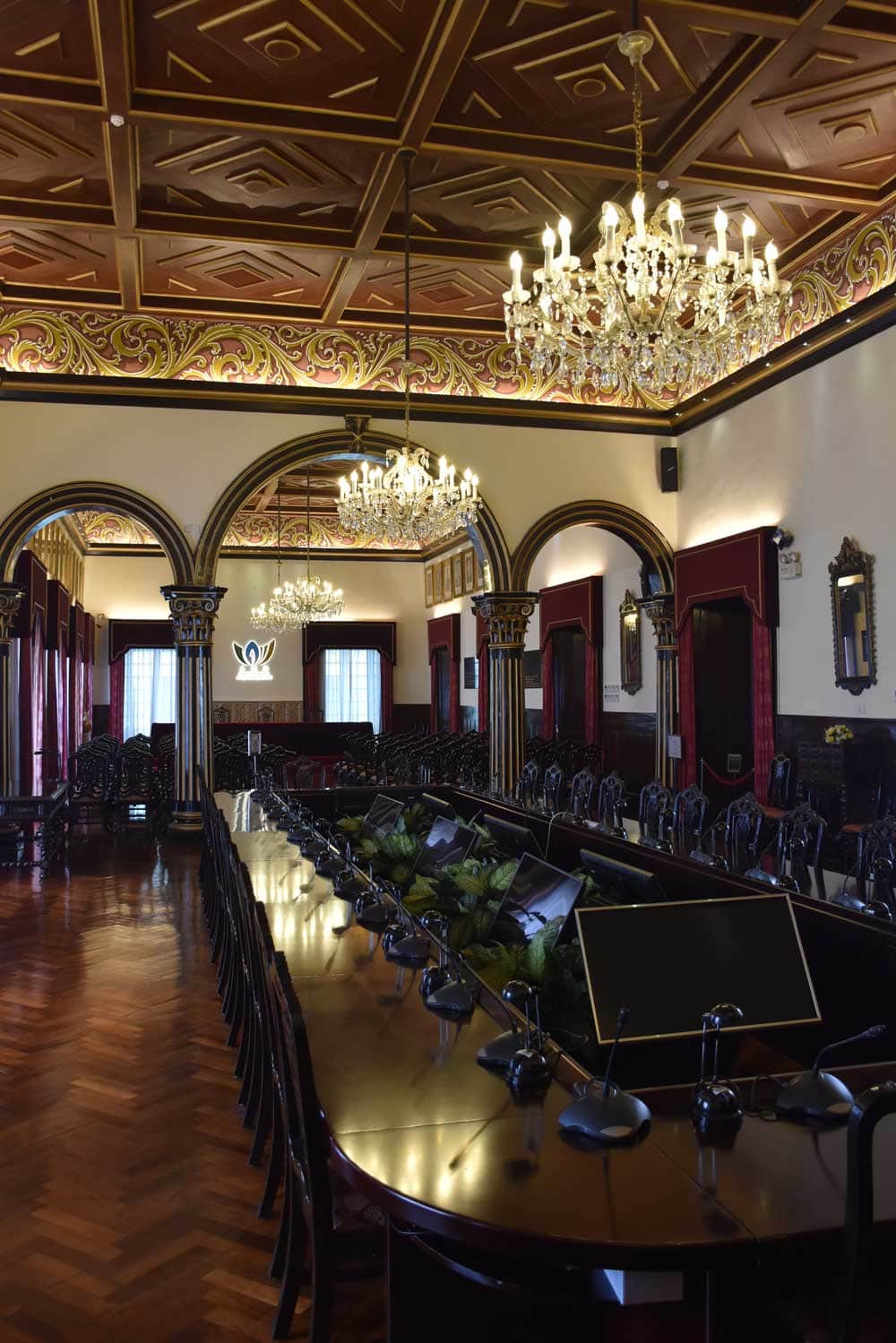 There’s also a splendid little courtyard in the back. 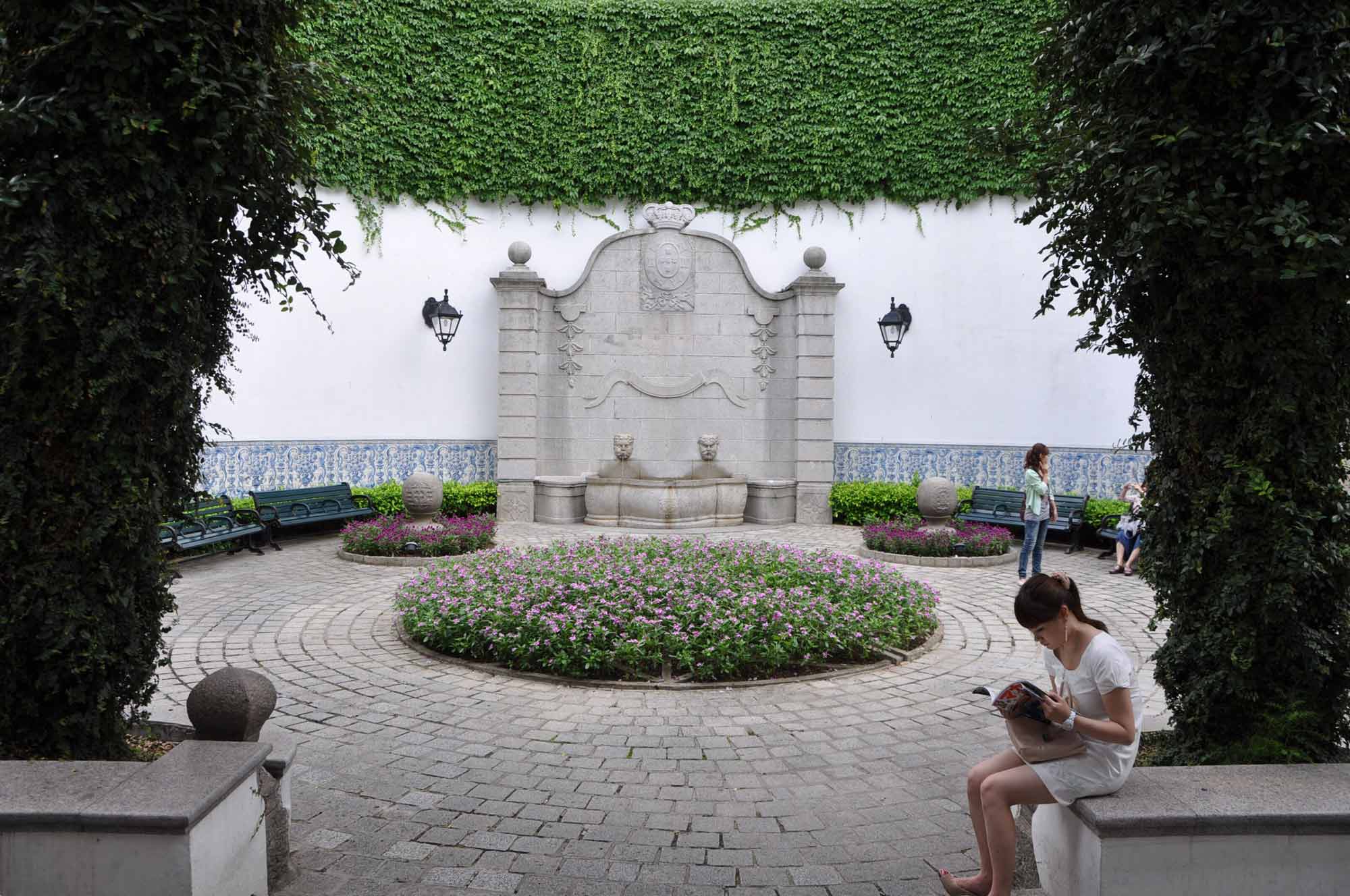 If any kind of important public function is taking place in Macau, rest assured, it will happen in Senado Square. 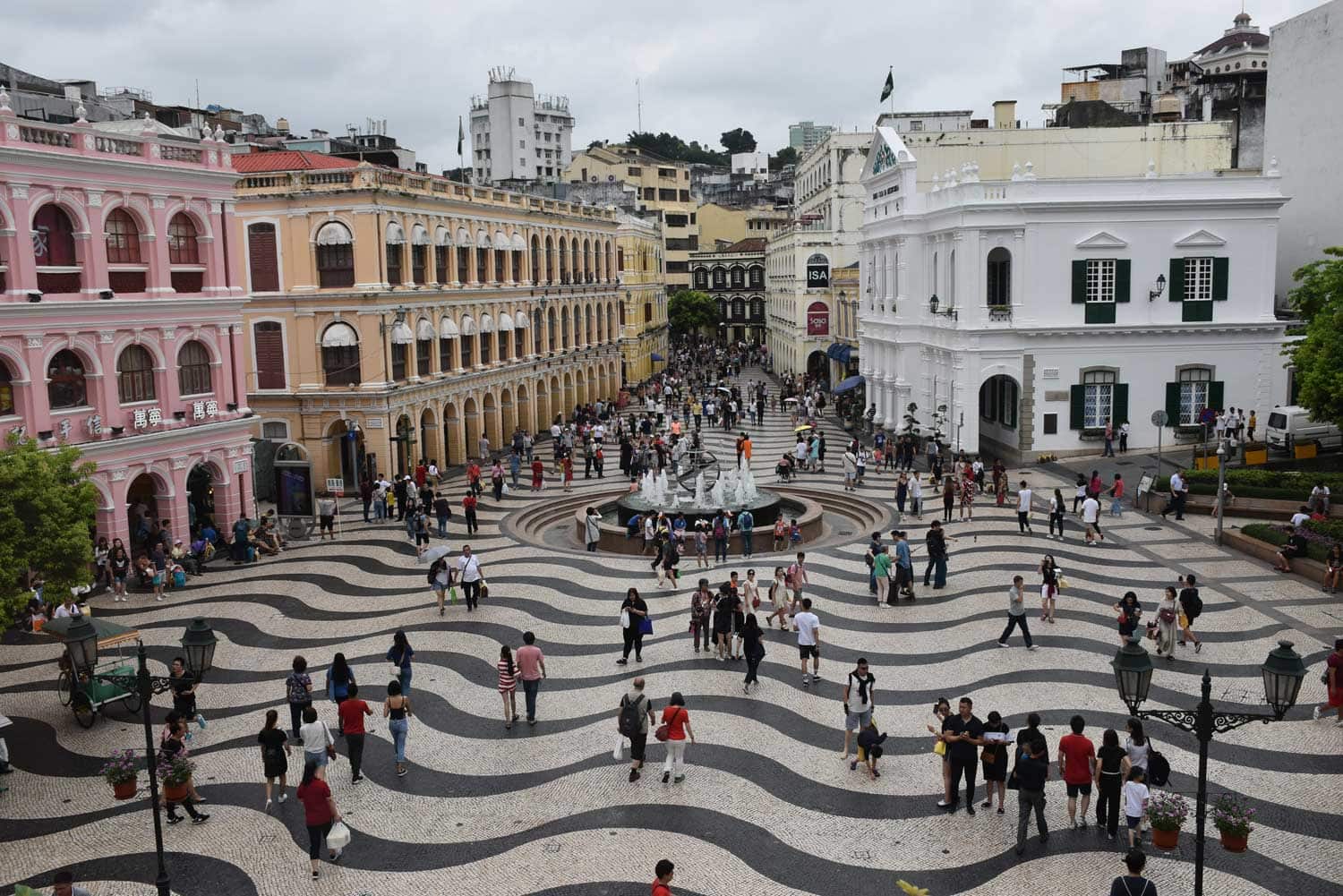 The centerpiece of Macanese life, it’s been closed off to traffic and fully pedestrian since 1993.  The distinctive black and white sea wave tile was also laid down that year. 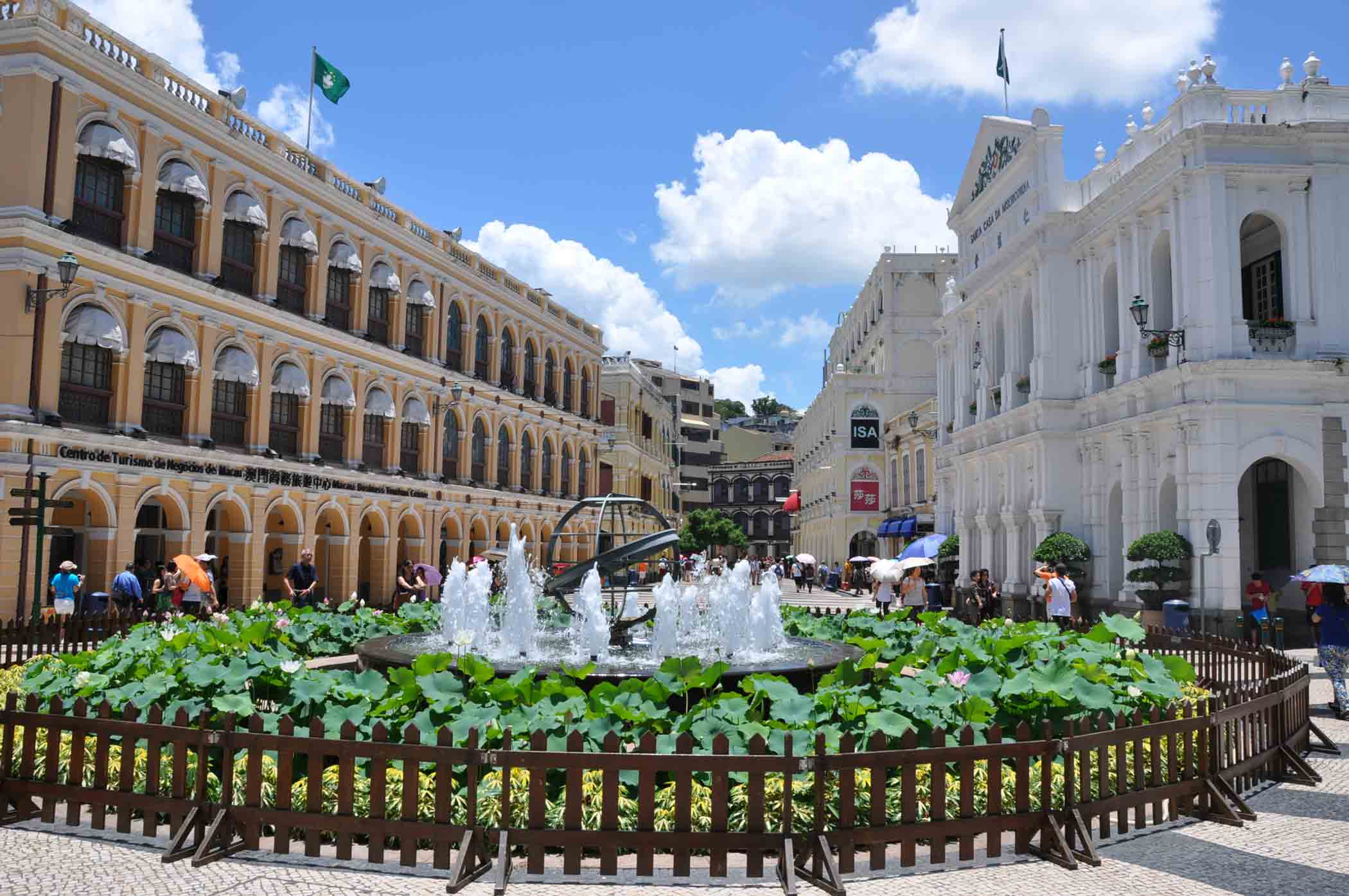 The buildings in the square are all over 100 years old, while the fountain was added in 1970. From then on the locals began calling the Square just that: Pan Shui Chi, or fountain, in English. 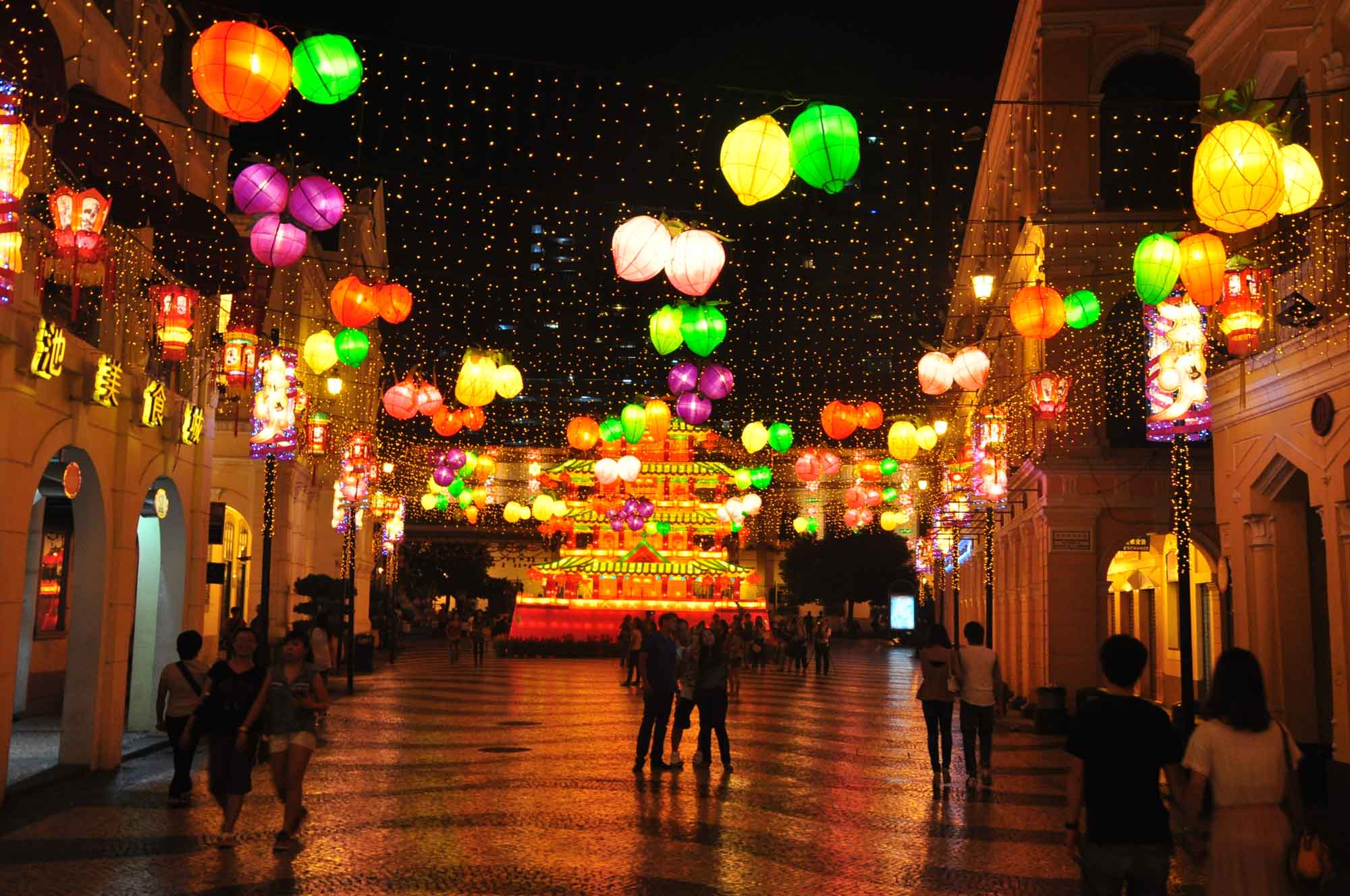 This temple was built in honour of the Saint of War, Kuan Tai, who represents loyalty, righteousness and bravery. 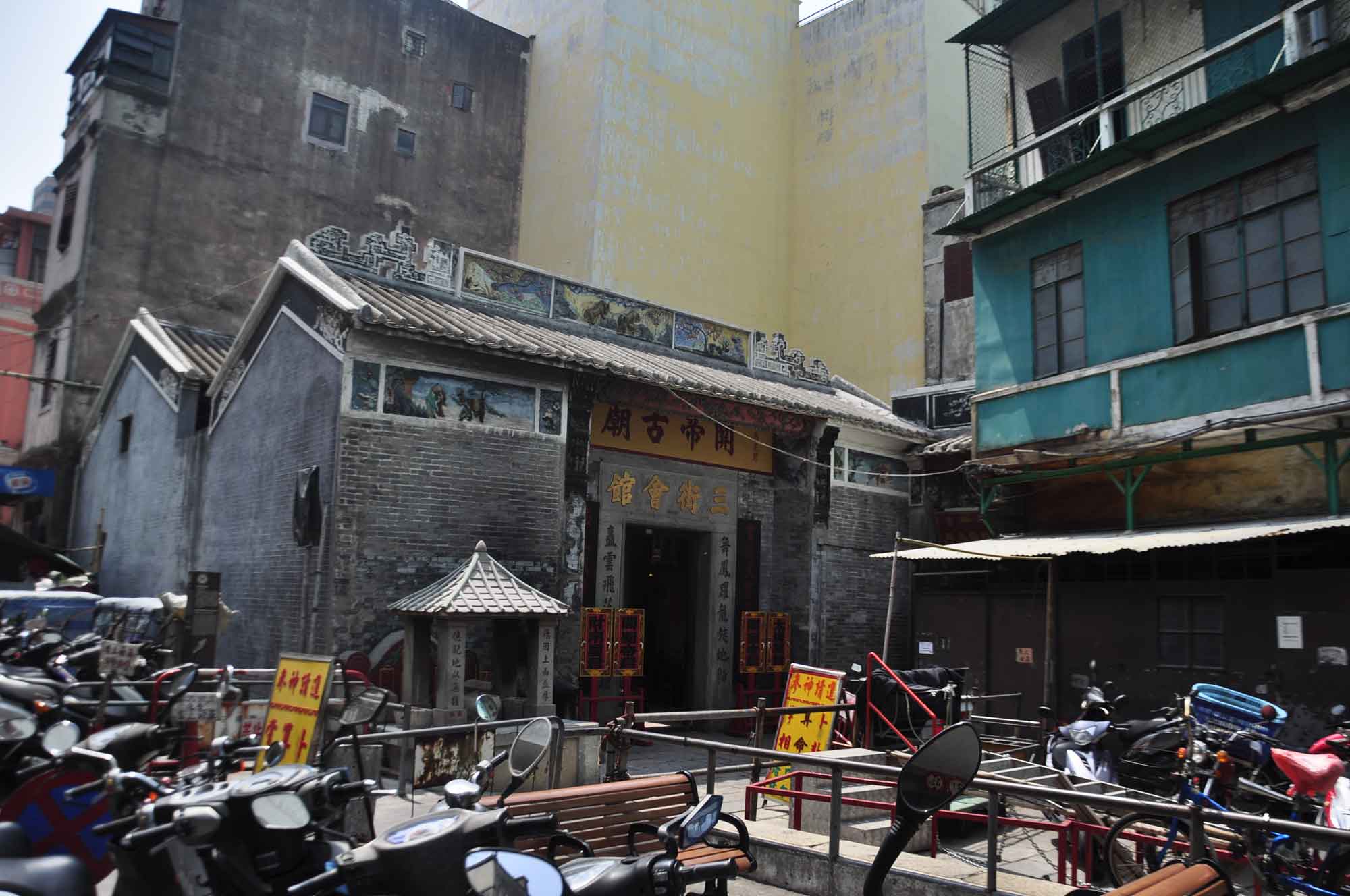 No one quite knows when the temple was first constructed, only that it was built by local tradesmen and that a restoration occurred in 1792. 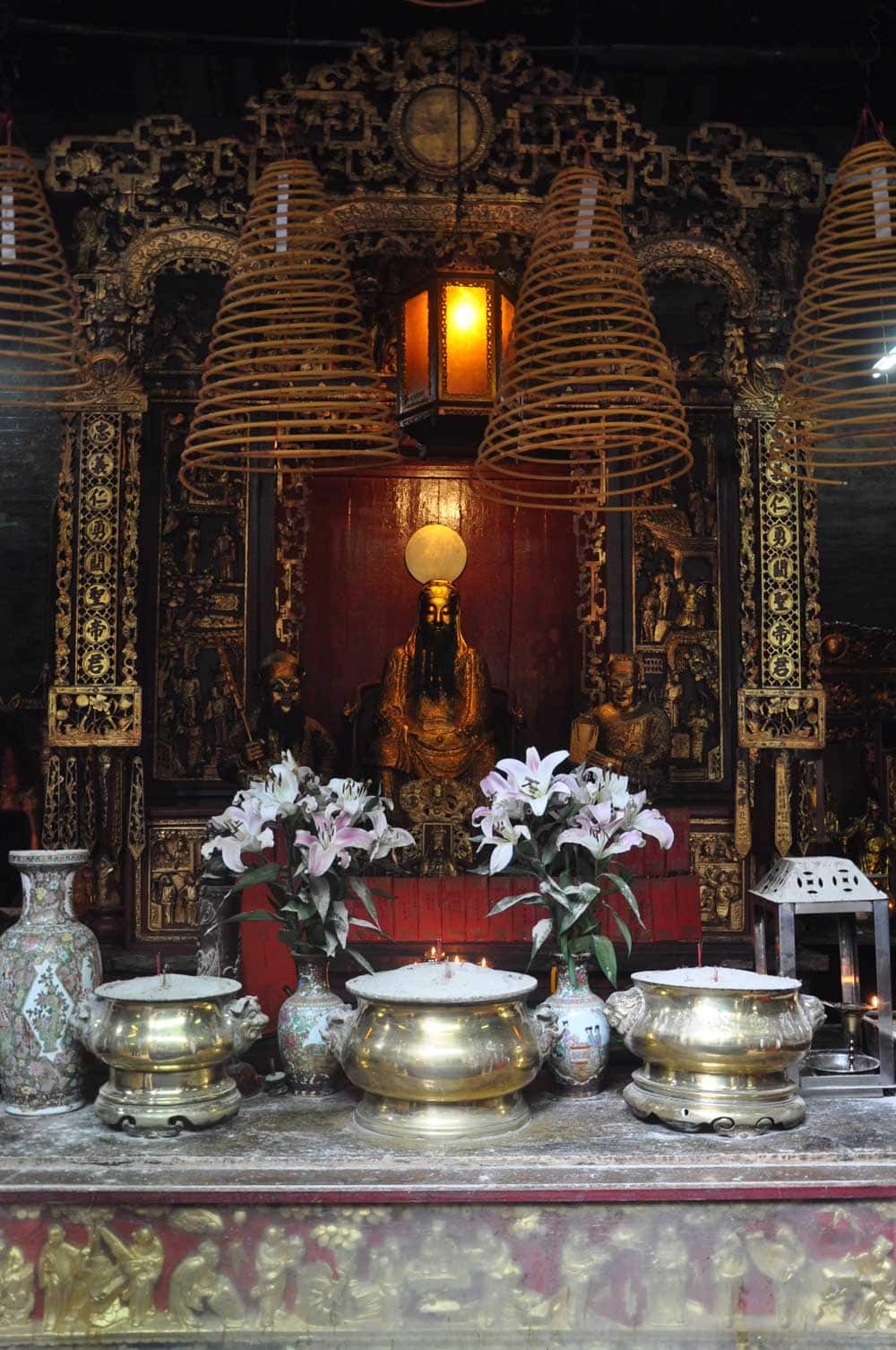 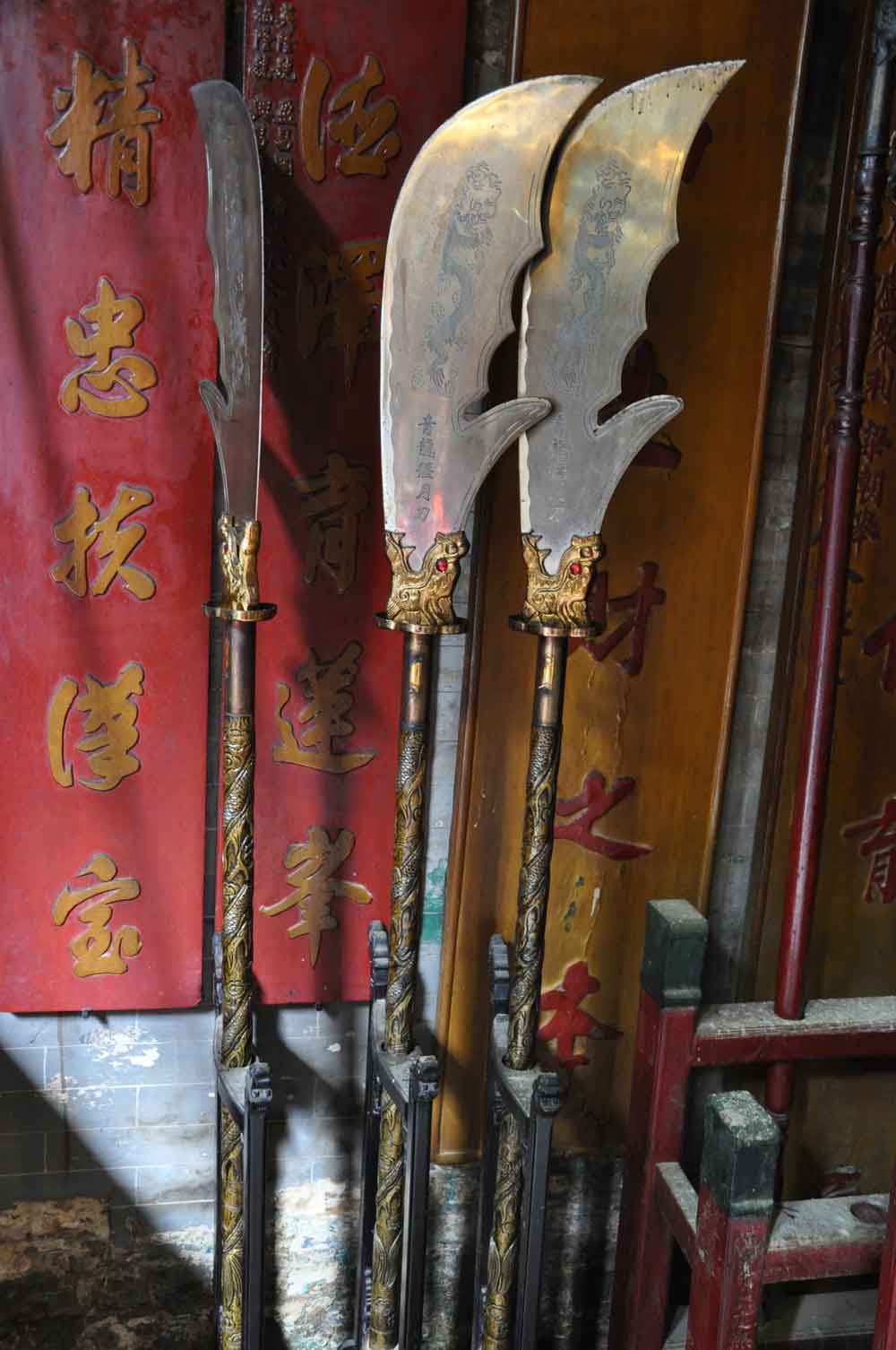 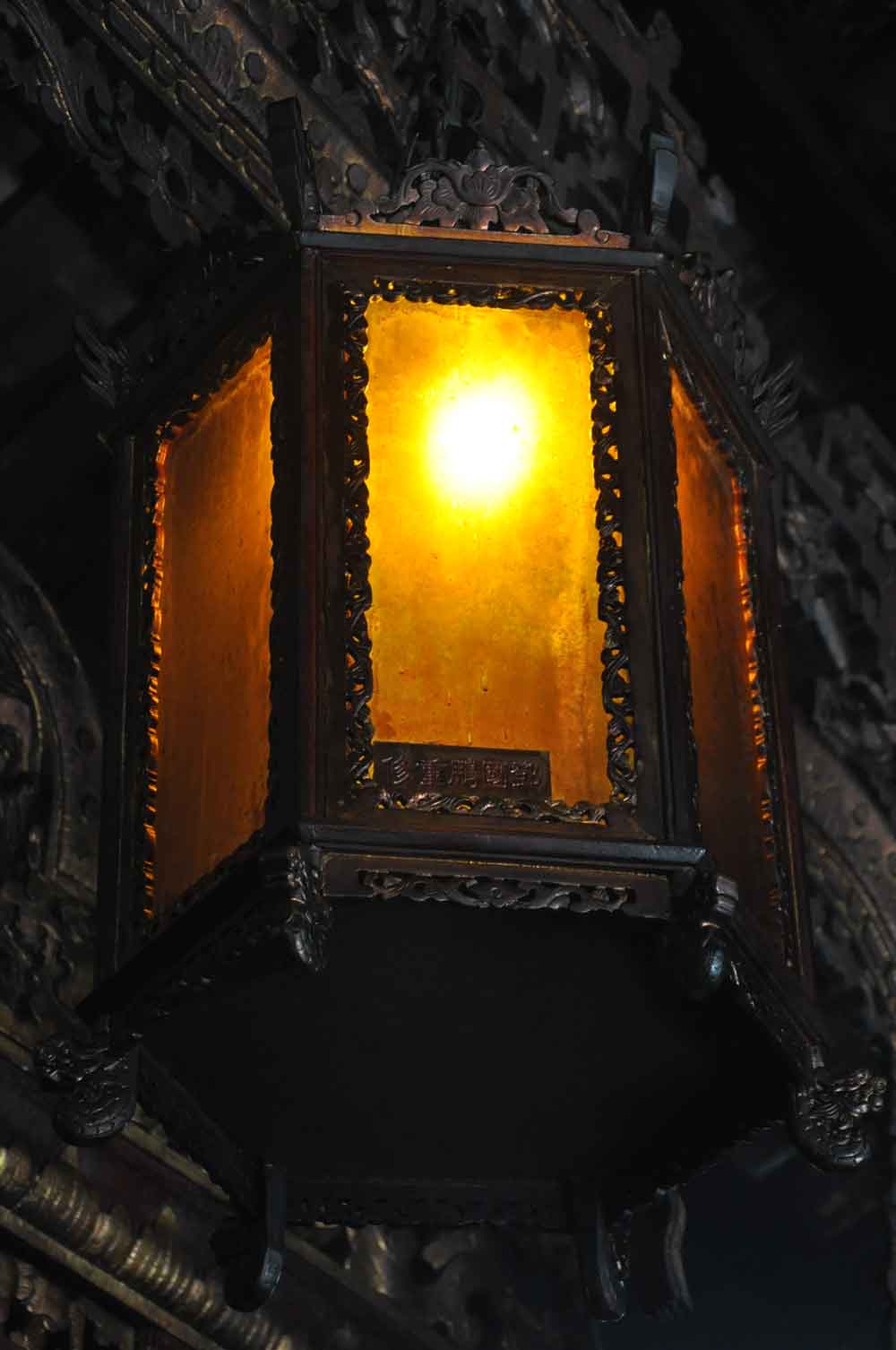 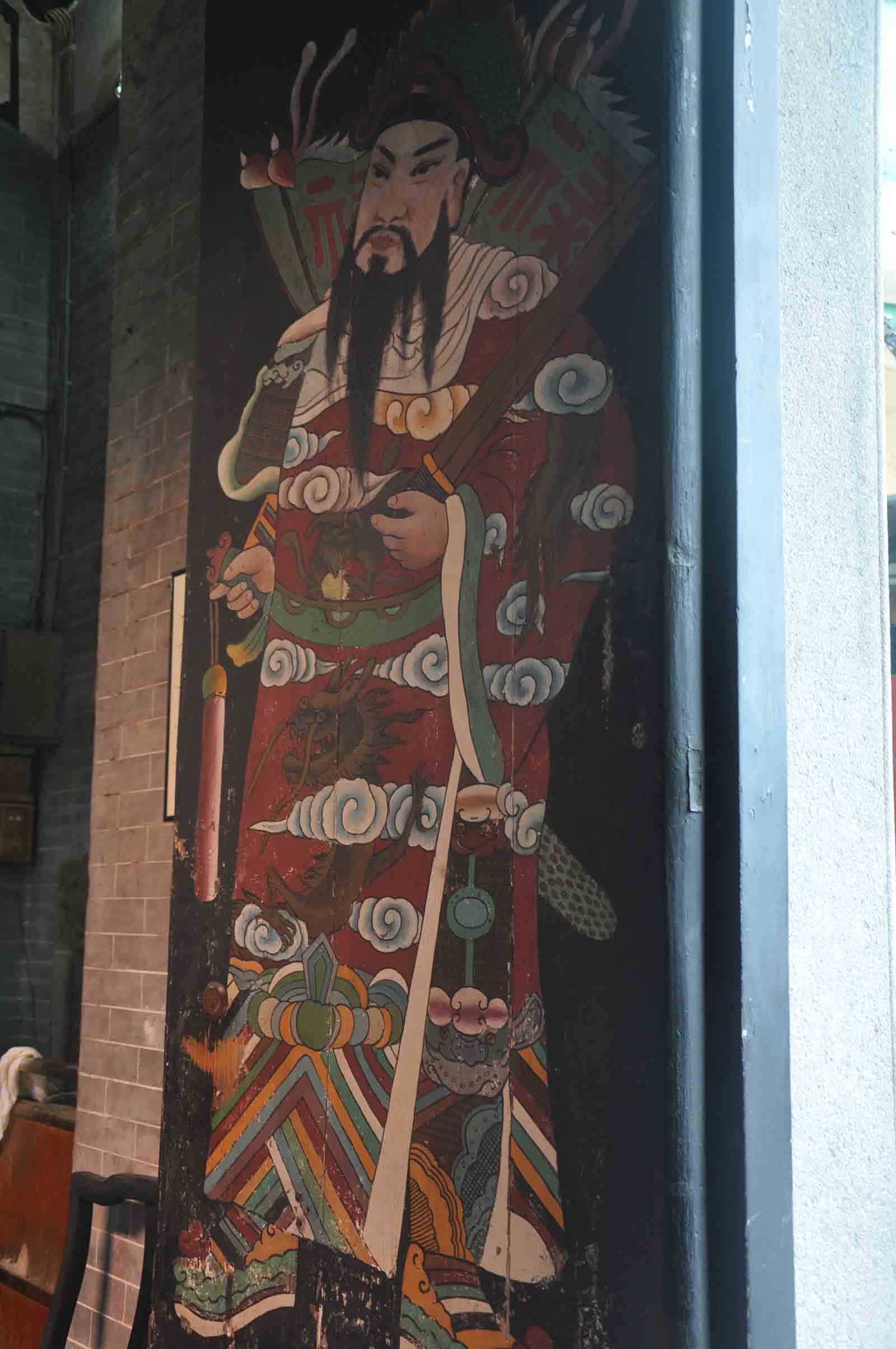 The temple then became the traditional meeting ground for many local shop owners and businessmen.

Macau’s social welfare system dates back to 1569, when the first Bishop of Macau founded the Holy House of Mercy.  A charity institution, it first provided assistance to the widows of dead sailors as well as food for impoverished families.  Neoclassical in style, the building’s present structure and form dates back to 1905. 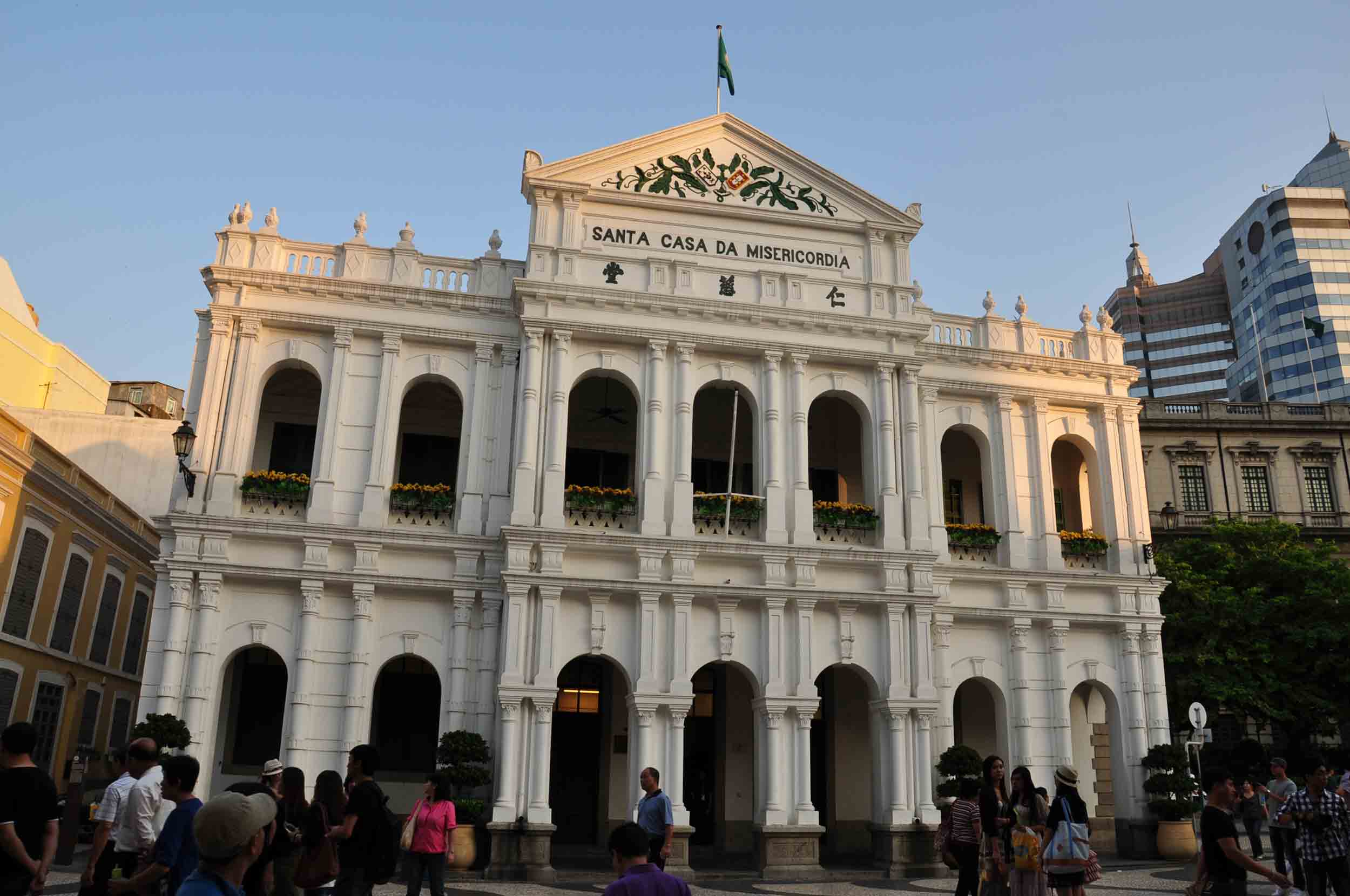 A small museum on the 2nd floor houses a lot of Christian texts and relics, some of which date back to the 16th Century. For some reason they also preserve and display the skull of the first Bishop of Macau. 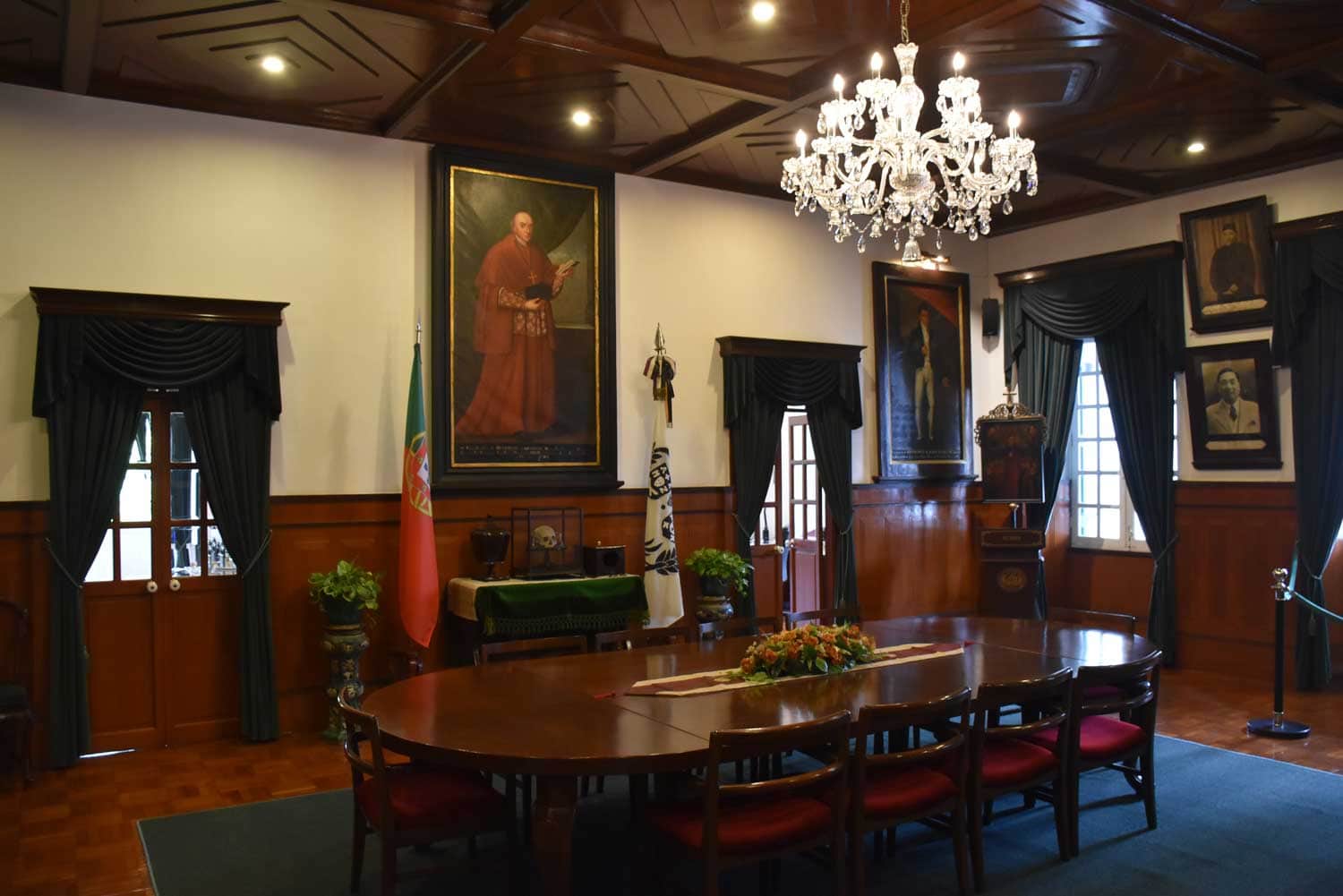 Fortunately, the rest of the works are far less macabre. 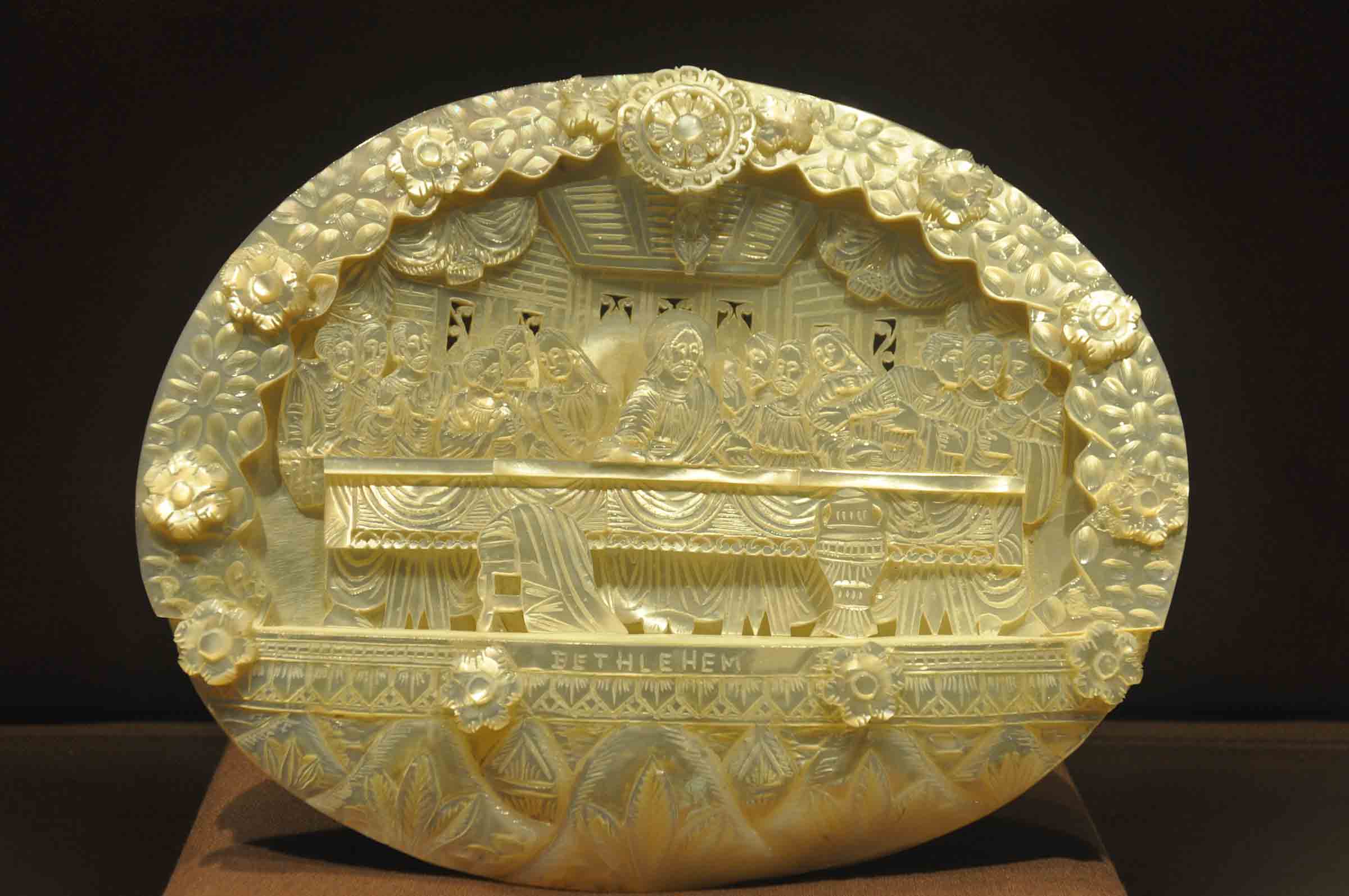 You also won’t find a better place to relax with better views of Senado Square. 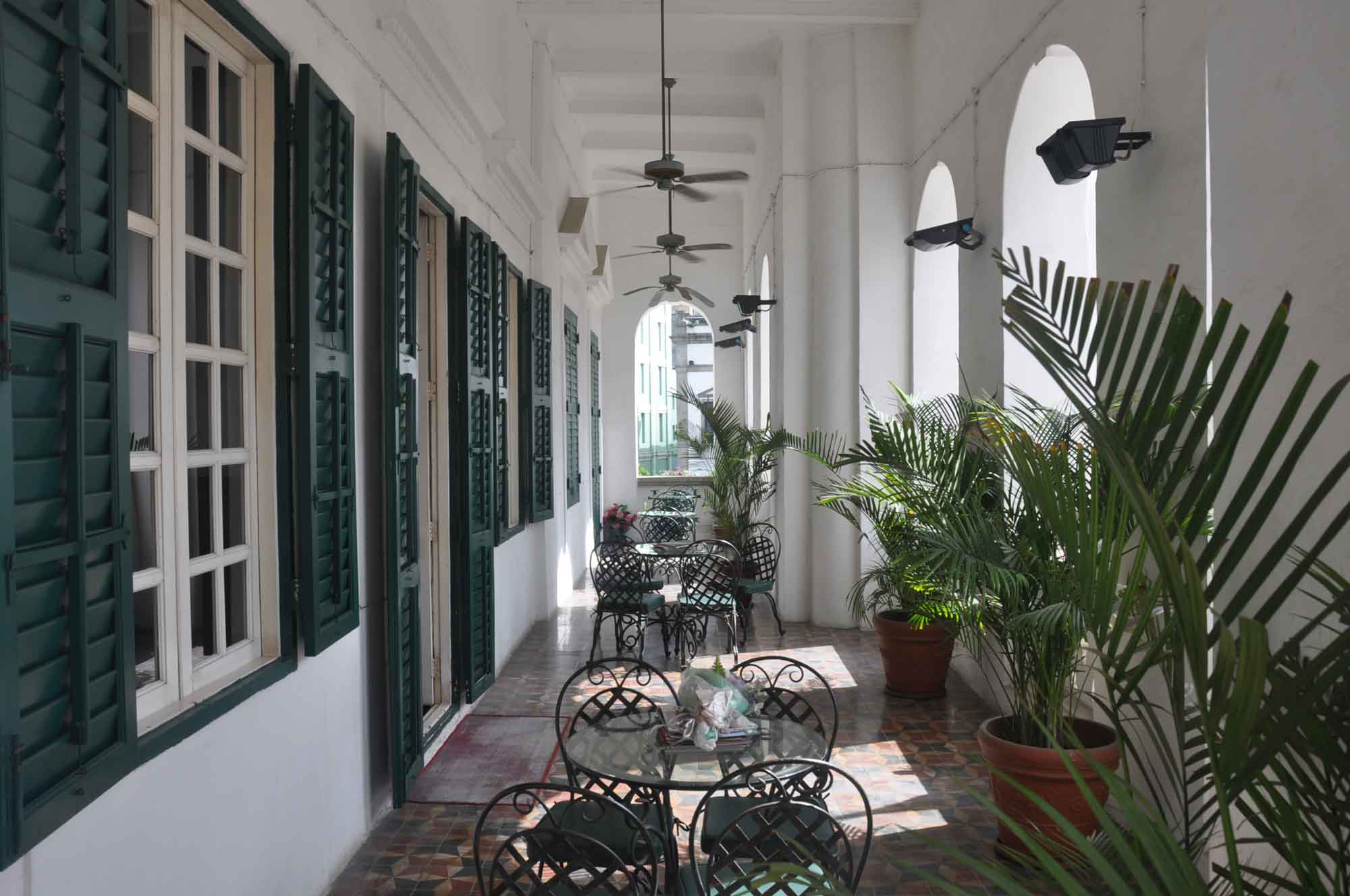 Dedicated to the Virgin Mary, Cathedral was originally made of wood and built sometime before 1576.  For its second incarnation in 1622 it was constructed of soil and straw. 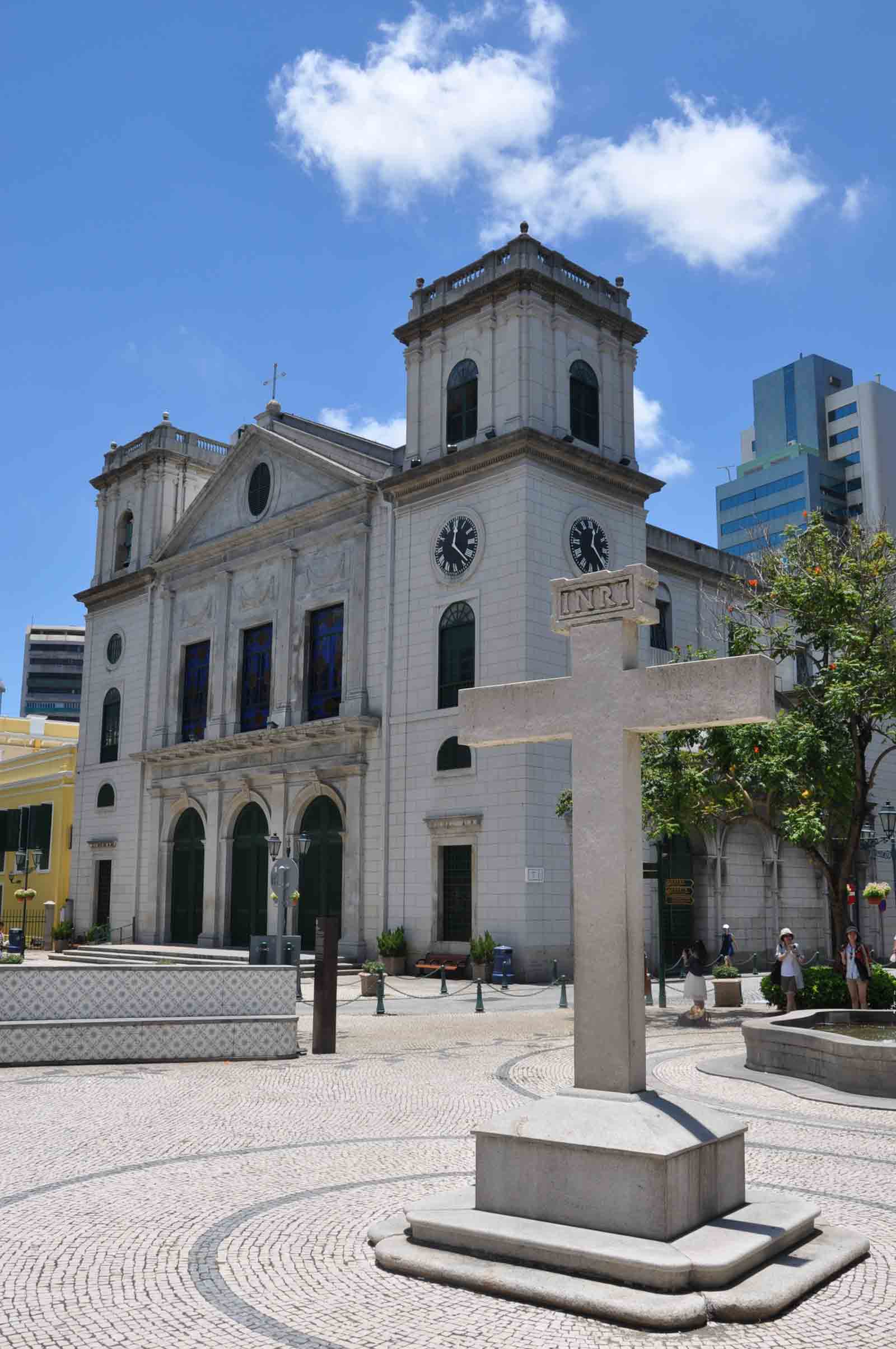 After being severely damaged by a typhoon in 1836, Cathedral was redesigned by a local Macanese artist in 1850. 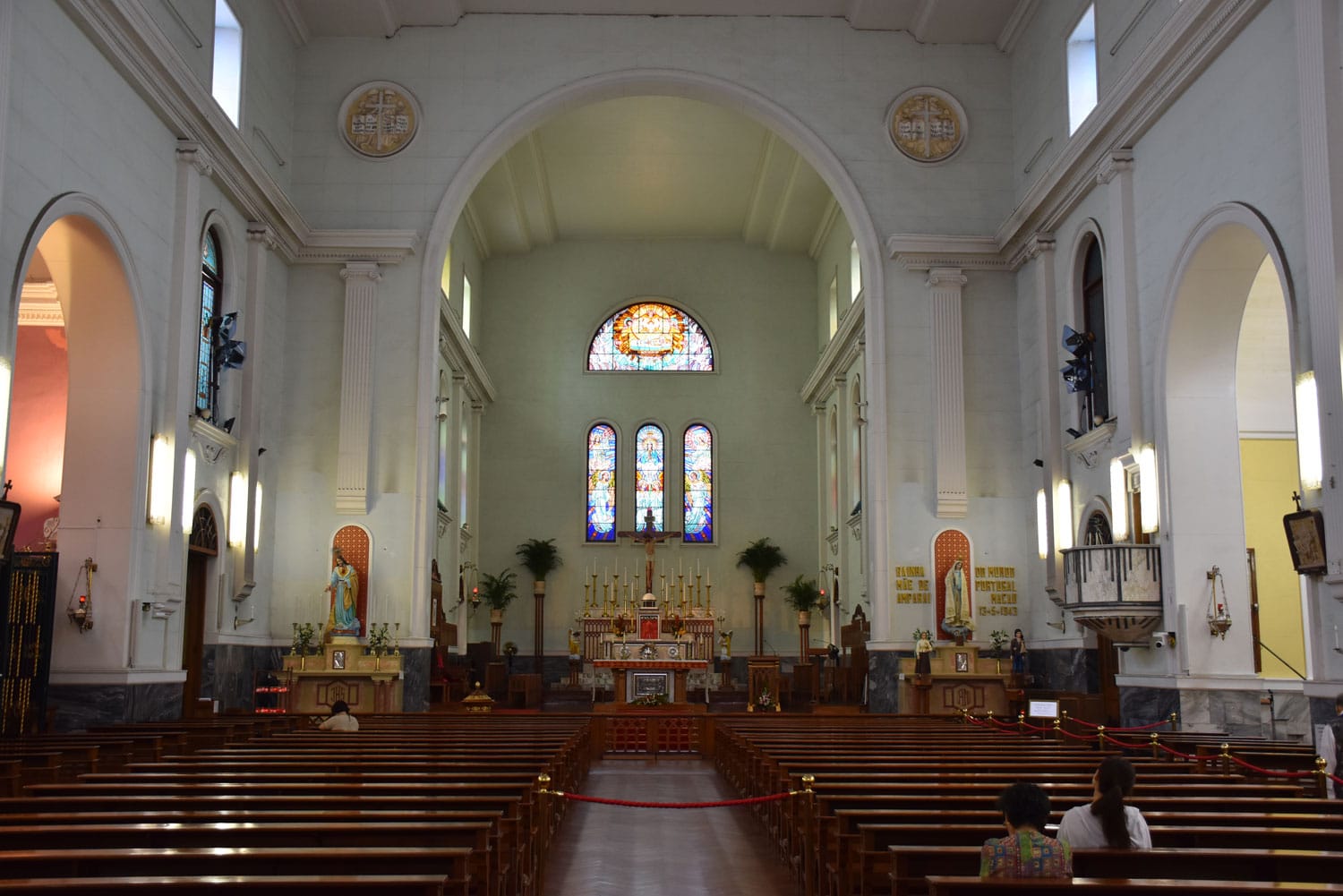 Up to the 1950’s, the building used to be painted pale yellow, quite the contrast to its current grey and gruff demeanour. 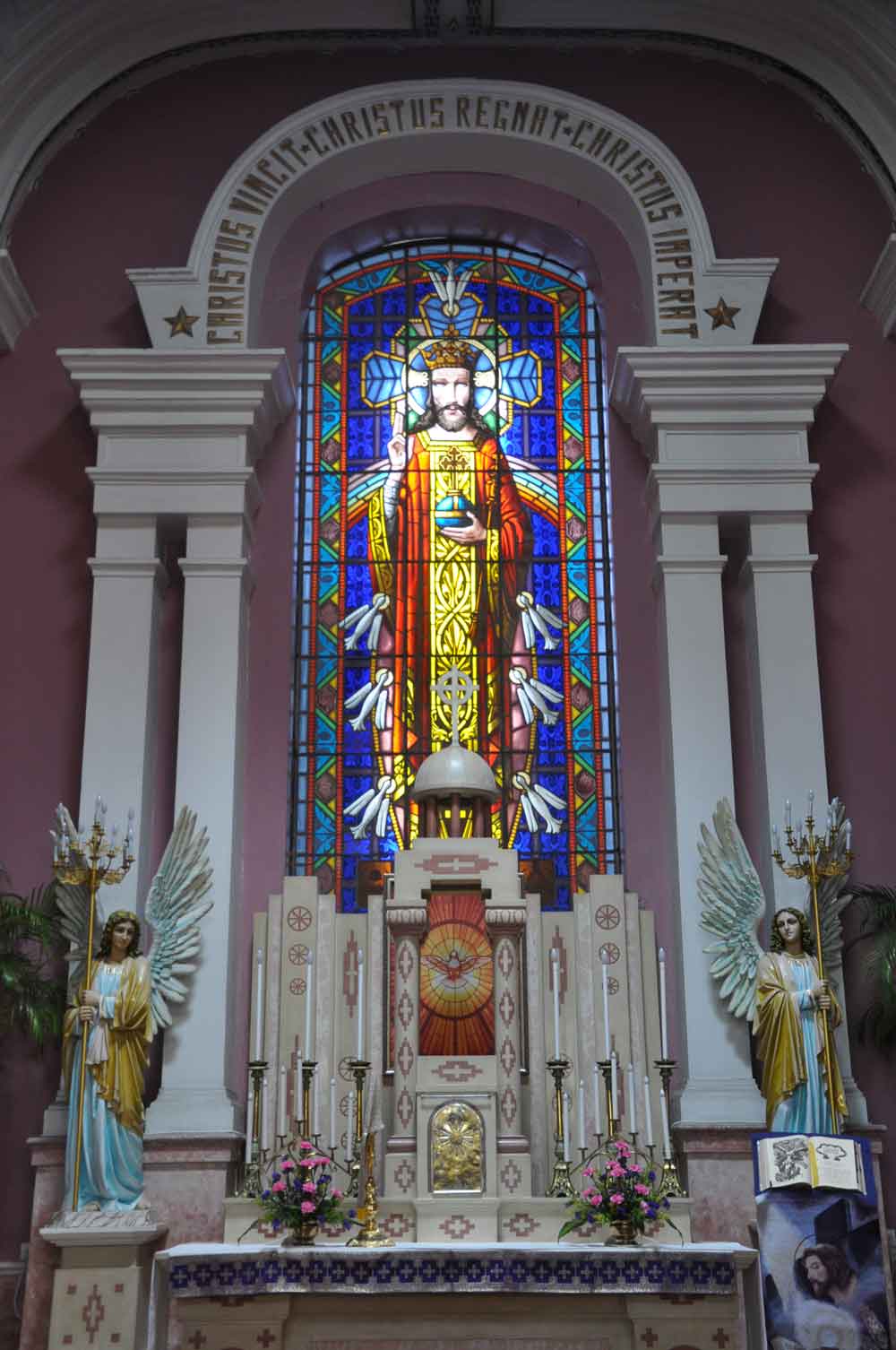 Historically, it’s been the custom of every Macau Governor to place their sceptre next to the Virgin Mary before they take office. 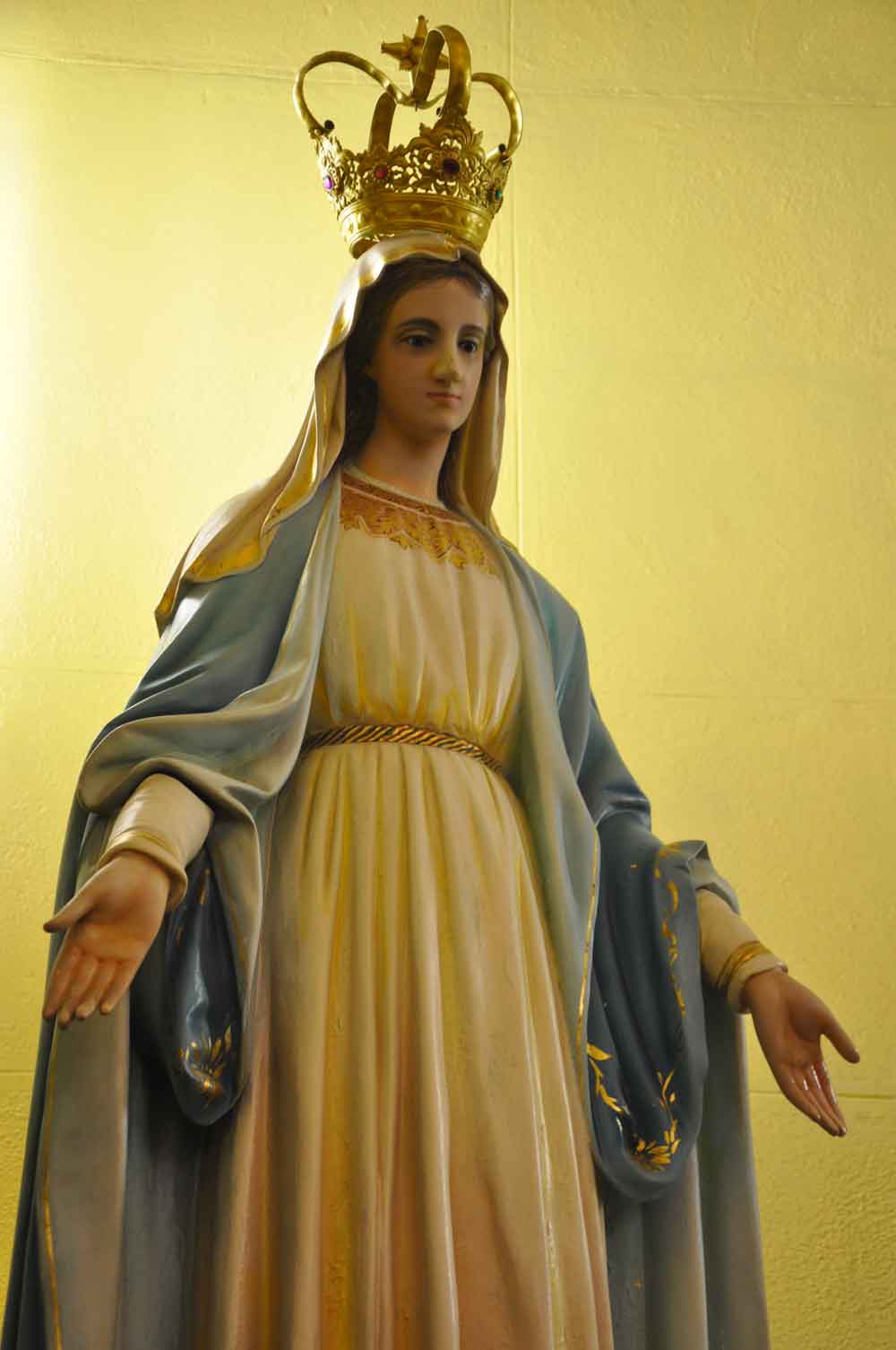 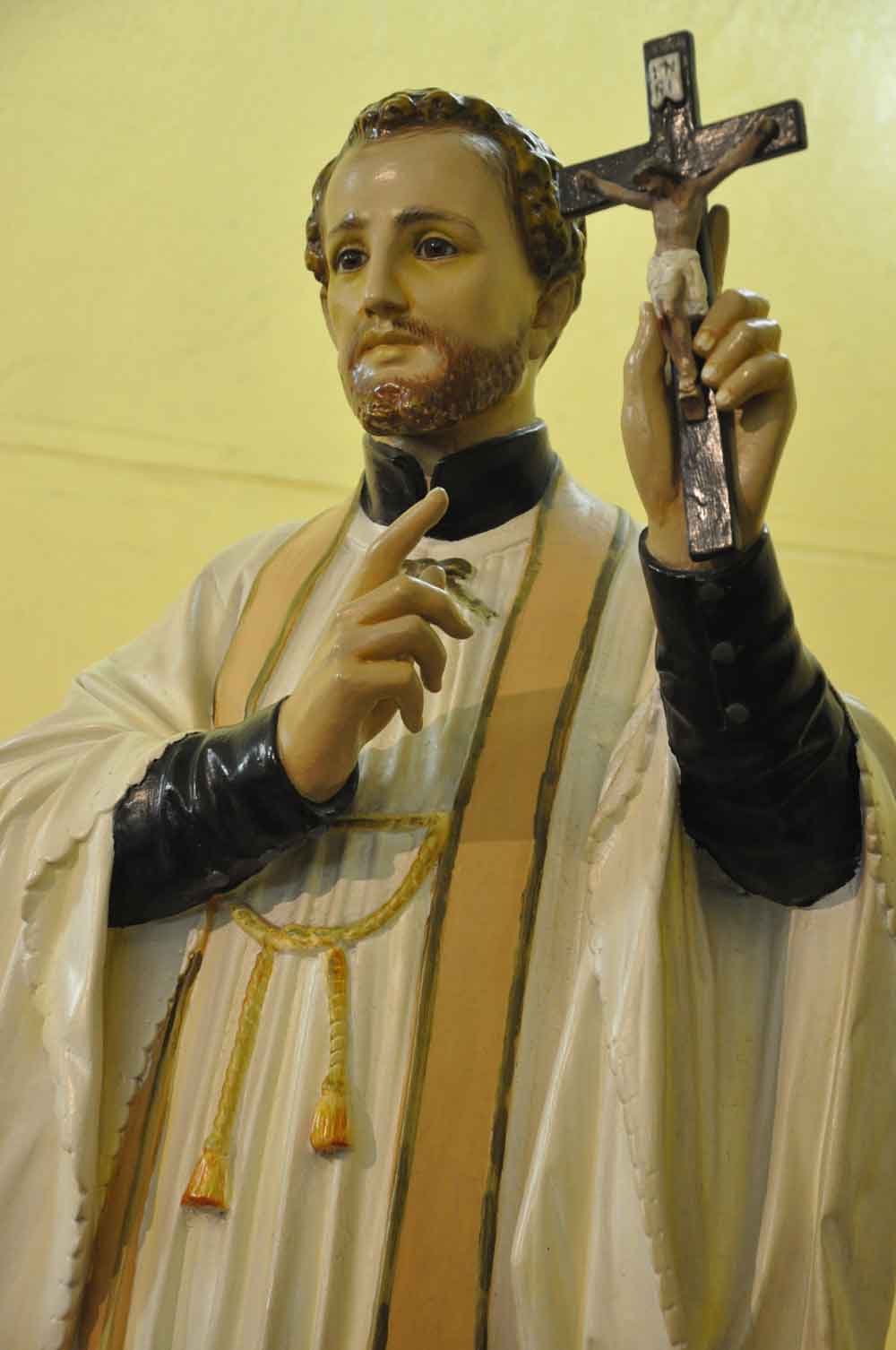 Cathedral is one of the two churches involved in the Passion of Our Lord Procession held annually in February or March.