The Cotai Strip does a few things better than any other place in Macau, so if a large part of your trip revolves around the following activities, then you might want to consider basing your stay from there.

Large scale entertainment on the Cotai Strip ebbs and flows – sometimes a lot is on, while other times, the pickings are slim.  Sadly we’re currently in the middle of a dry spell, which I’m starting to think could be the new normal moving forward.  Regardless, it should still be enough to keep you occupied for 2 or 3 nights.

Here’s a rundown of what’s currently playing.  (Please note that the House of Dancing Water has been discontinued until 2021.)

Macau’s most successful show has been selling out since it opened in 2011.  Mainland visitors love it, while Westerners usually aren’t as impressed, mostly due to a rocky story that doesn’t always make sense.  Regardless, the stunts and diving are worth the price of admission alone.  Tickets start from $598 with two shows daily at 5 pm and 8 pm.  On Tuesdays and Wednesdays, it’s dark. 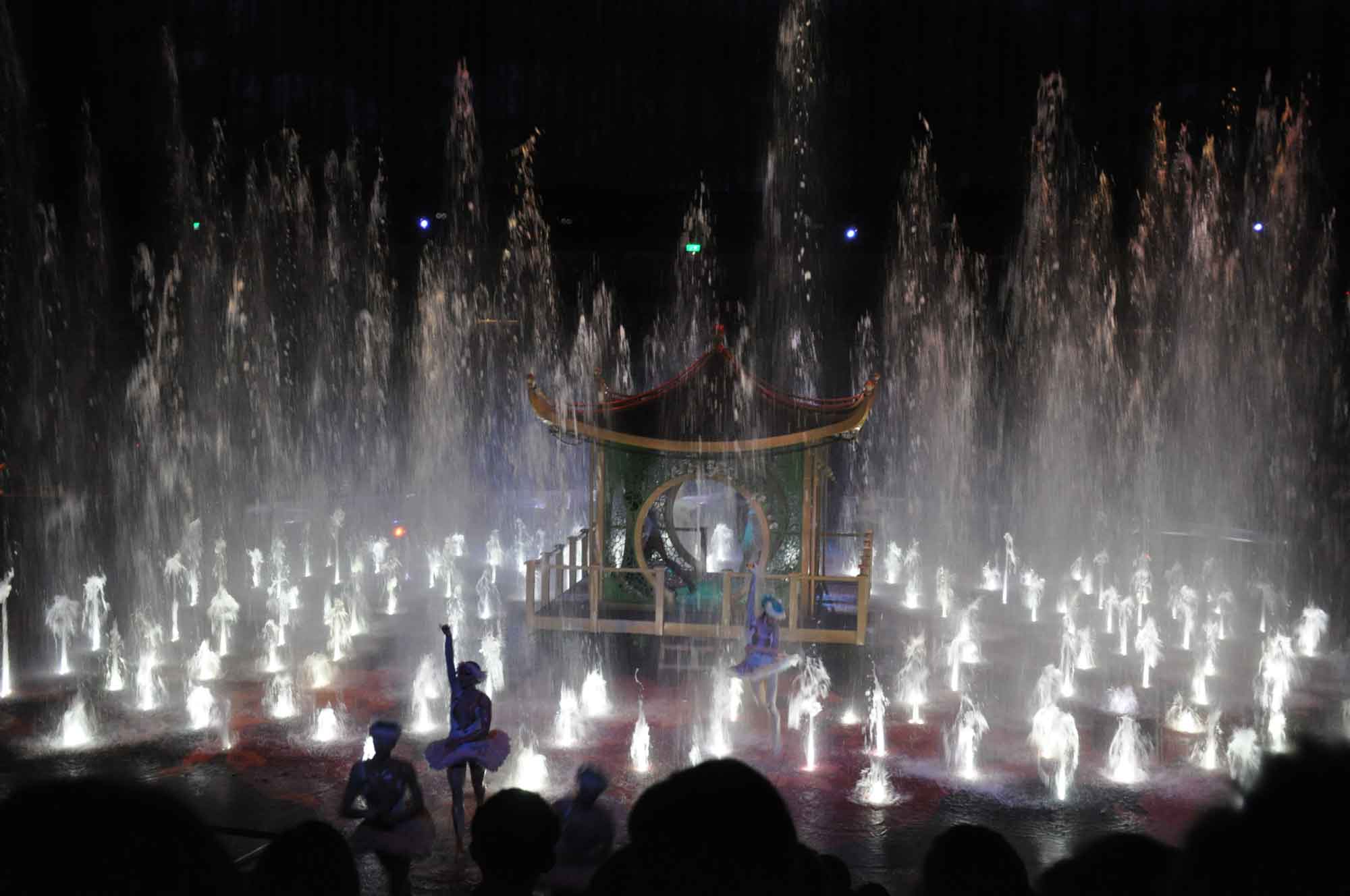 Only 15 minutes long, this state of the art amusement ride is a harrowing journey through the streets of Gotham City, as you ride shotgun with Batman to save humanity from the Joker’s latest diabolical scheme.  Packed with action and adventure, it’s a good time and makes for a nice afternoon diversion, particularly if you have children. 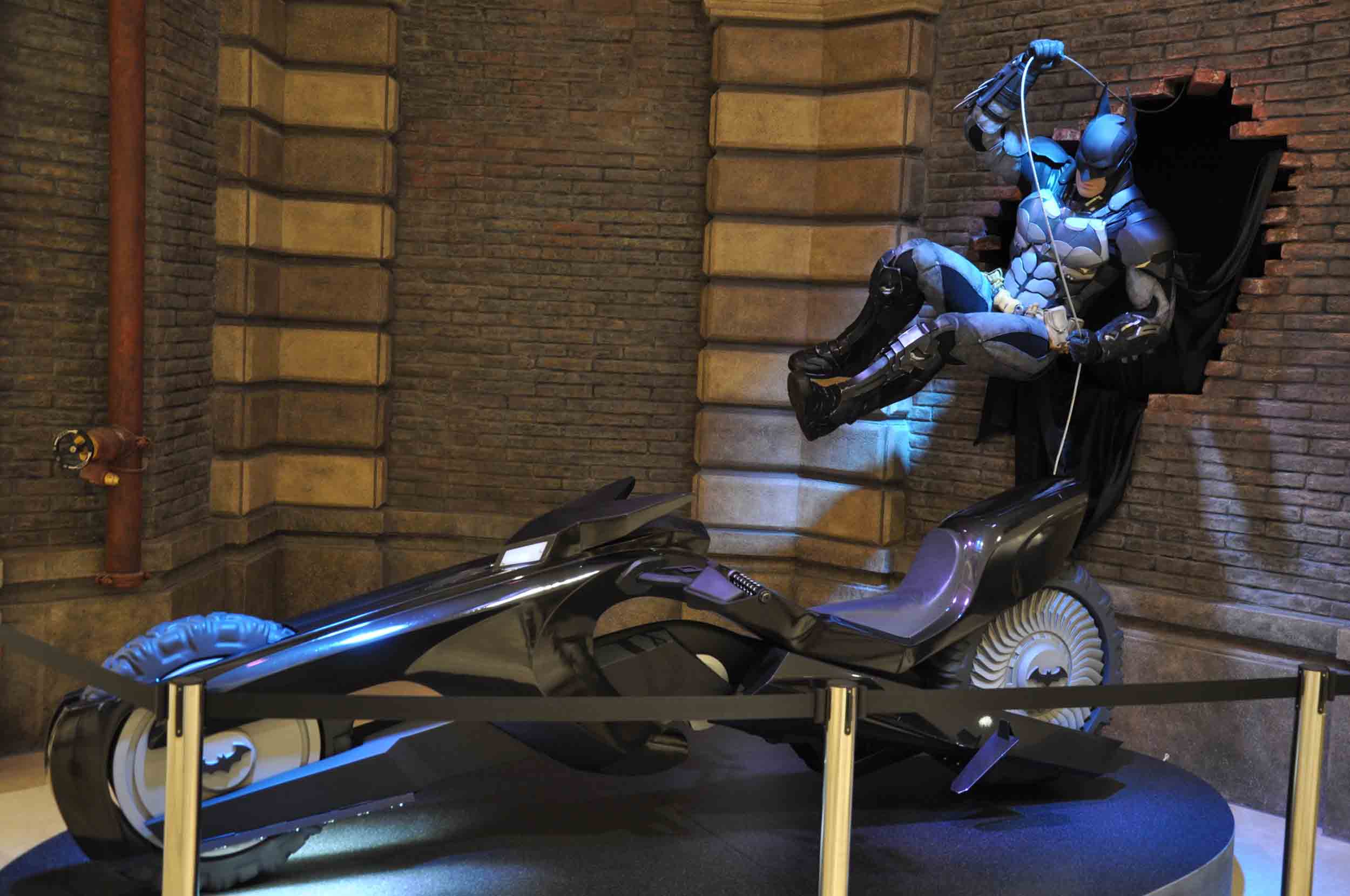 You might not be able to go to Paris, but there’s an Eiffel Tower in Macau.  Half the size of the original, the newest Cotai Strip landmark is a sight to behold at night, when it’s ablaze in a sea of color and light.  It’s not too shabby during the day either and that’s probably the best time to visit it, given the better views afforded then. 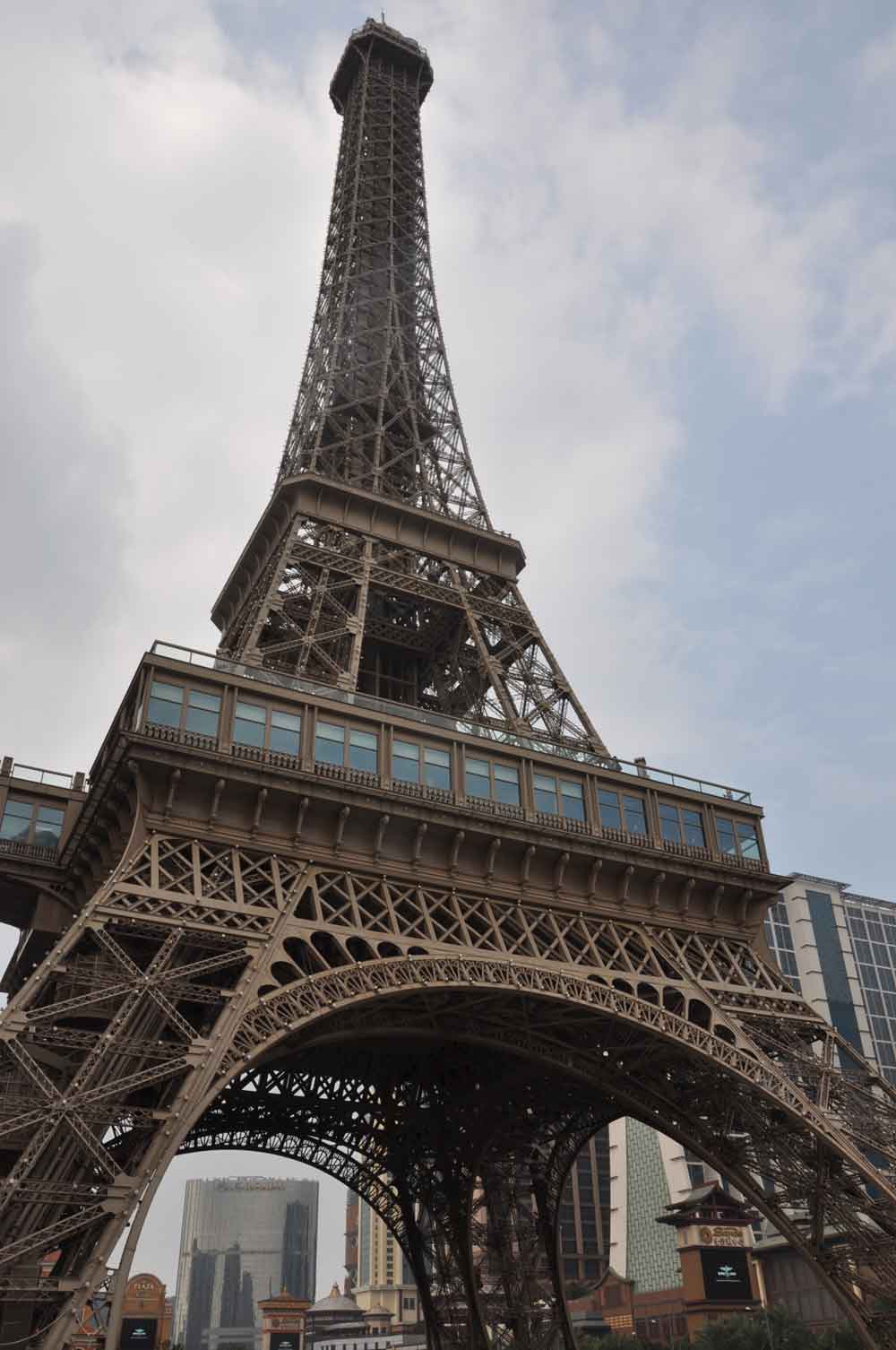 The Cotai Strip has several venues that offers live music.  Due to the rotating nature of house bands, I won’t keep an updated list of who’s playing, just know that the shows generally start from 8 or 9 pm nightly and carry on until midnight, while Sundays are generally dark.

With everything from jazz to rock, pop to piano music, it shouldn’t be hard to find something you like.

As always, be sure to keep tabs on the Cotai Arena (Venetian), Parisian Theater (Parisian), Sands Cotai Theater (Sands Cotai) and Broadway Theater (Broadway) to see which singers, shows, concerts and activities will be on in town when you are.

The two best nightclubs in Macau are both located on the Cotai Strip: Showhouse at Studio City and Club Cubic at the City of Dreams.  I’ve always been a fan of China Rouge over at the Galaxy too, especially if you’re looking to drink more than dance, but that venue hasn’t caught on with Westerners the way I thought it would.

Ladies Night at Cubic is Wednesday and Friday night at Showhouse.  Those two evenings always draw a big crowd because ladies drink and get in for free, which is obviously a big bonus for women, and men too, in a roundabout kind of way.  On other nights, expect a cover charge of about $200 to get in, while most standard drinks stay in the $70 to $100 range.

Both Cubic and Showhouse get a lot of action from the 20 to 30 year old crowd, and won’t really start heaving until LATE, usually past 2 am.

With no shortage of retail space, shopping is one of the major calling cards of the Cotai Strip.  Clothes, cosmetics, jewelry, electronics, bags and watches are all in plentiful supply, at prices that suit all comers.  The shops and boutiques at Wynn Palace and Four Seasons are exclusively up market, while you should be able to find more economical brands and goods in the other hotels.

Keep in mind that some of the malls in Cotai are tourist destinations in themselves and worth checking out just to have a look.  Attracting more than just would be shoppers, there are canals and gondolas at the Venetian, Champs-Elysees and the Arc de Triomphe at the Parisian, and Times Square and Beverly Hills at Studio City.

Macau might not be the best city in the world for children to visit, but they should feel right at home on the Cotai Strip.  For some of the great fun they can expect to have there, please follow the link to the Macau for Children section.

Dining is a very significant plus no matter where you are in Macau, and that’s doubly true on the Strip.  Michelin stars mingle with food streets and food courts to provide every kind of world food imaginable, at prices that suit all budgets.  From simple street stall fare to some off the most highly acclaimed restaurants in the world, no one ever need go hungry in Cotai.

Here are some of the top restaurants I’d like to recommend divided by food type.

Truly worthy of the Ritz; a superlative venue with stunning food and out of this world service.

Classic Cantonese food given a French twist; the fusion dim sum is a must try.

Jade Dragon is up to 3 Michelin stars now, which might be 3 stars too many; regardless, the service and environment are both world class.

Fun little food street with live performances and some of Asia’s most well known snacks and bites.

Best Indian restaurant in town has the Michelin star to prove it.

Urban Kitchen has set the standard for buffet dining in Macau since it opened in 2015.

Not in the same stratosphere as Urban Kitchen, but it works as a cheaper alternative.

There are two notable omissions from that list: no Portuguese restaurants made the cut while three hotels – Studio City, Wynn Palace and MGM Cotai – weren’t represented.

There aren’t many Portuguese restaurants in Cotai to begin with, and you’ll be hard pressed to find praise for the ones that are.  However with Taipa Village being so close you’re never far away from quality Portuguese establishments like A Petisqueira, Antonio and O Santos.  Maybe you can even get away with O Manuel too, so long as you ask him what’s fresh that day and what his recommendations are.  (Of course, you can never go wrong with his roasted chicken either.)

As for Studio City, Wynn Palace and MGM Cotai, there hasn’t been much news to report on the dining front since these properties opened.  I would have expected at least one or two of their restaurants to have generated some hype by now, but only Sichuan Moon and Pearl Dragon have received accolades, and I’m still not convinced that either venue is truly special.

We might have to give these three hotels a bit more time to produce a dining star or two.

I don’t know if the spas on the Strip are worth the prices which basically start from $1000 for hour long massages, but I am sure of one thing.  Self indulgence is a skill and only those who have truly mastered it can enjoy life to the fullest.  Thus I present to you the fully legit spas of the Cotai Strip, where decadence is divine and all manner of tantalizing body massage, body scrubs, wraps, and facials rule the day.

Now, I personally get 2 hour massages in Zhuhai for $158 that are just as good as anything you’d get in Cotai, but if you’ve got money to burn, you might as well do it on a clean bed.  (Oh no, did I just say too much….?)

As for tips and suggestions, I’d investigate the spas at Wynn Palace, Four Seasons, Ritz Carlton and St. Regis first, before considering Banyan Tree and MGM Cotai next.

Couple treatments are always fun (and really expensive too), so if you’re travelling with your significant other, head over to the Four Seasons, Ritz-Carlton, and Wynn Palace, the only spas in Cotai that offer such services.

As a way to finish up, I’d like to remind you that the Cotai Strip is really out in the middle of nowhere.  There’s nothing there but massive hotel properties and empty lots, with nothing to see or do in between.

Making use of free shuttle buses provided by the hotels is often the best way to move between them, with such services generally ending around midnight.  As for what’s in the area, Taipa Village is within walking distance from Galaxy and Venetian, while Coloane and Coloane Village are easily accessible via public buses on Estrada Do Istmo, with the fare $6 a person.

Keep in mind that unless you enjoy walking around big hotels and casinos, I don’t think the Strip is very interesting in the morning or afternoon.  For that reason, maybe the best time to visit it is at lunch or dinner, before cutting loose at night.

For a ranking system of the individual hotels geared toward guests and casual visitors alike, please follow the link below!