One of the first decisions people need to make before visiting a place is deciding where to stay.  For those journeying to Macau, the choice often boils down to the older, more historic Peninsula or the city’s new wild child, the bombastic casino driven Cotai Strip.

Like all decisions of this nature it’s largely dependent on personal taste and what you want out of your trip.  Most of this website already details what to do and see on the Peninsula, while this article focuses entirely on attractions, activities and hotels in Cotai.

Hopefully by the end, you’ll know if you staying there is right for you, whether dropping by makes more sense, or if you’ll want to avoid the area altogether!

I’ll begin by talking about the history, before moving on to what the Strip does best before finishing up with a quick overview of the individual hotels.

The story of the Cotai Strip began in 2004, when the Macau government completed the arduous task of uniting two islands (Taipa and Coloane) into one connected land mass.  The reclaimed area was originally earmarked for industrial purposes, but those plans were quickly shelved after the gambling industry exploded in the mid 2000’s.  With space on the historic Peninsula running out for new casino projects, the government designated Cotai as the future home for all Macau gaming moving forward. 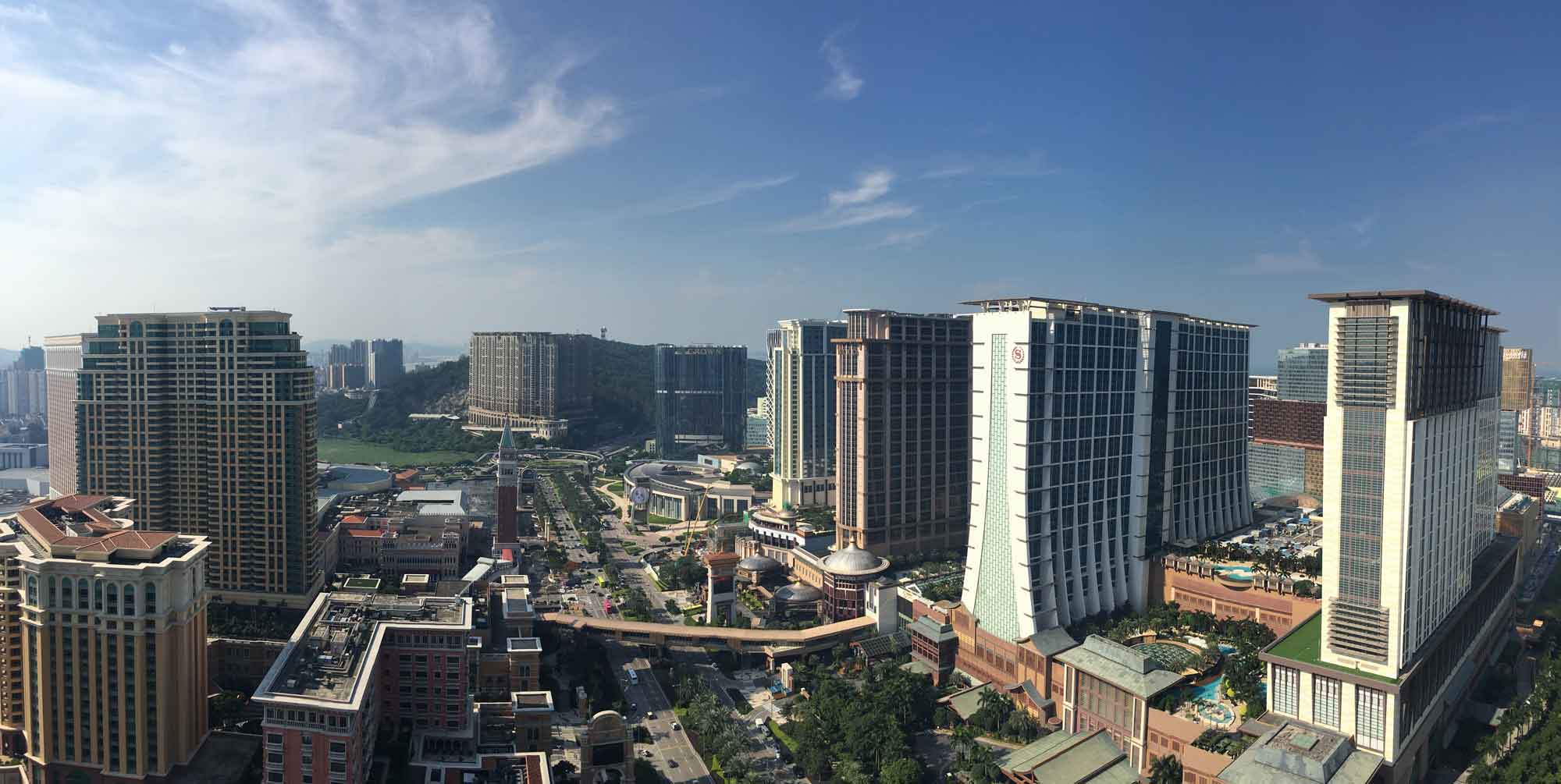 Two years later in 2006, Cotai welcomed its first hotel and casino, the Grand Waldo.  An inauspicious start to say the least, the Grand Waldo was a commercial failure, a vast complex characterized by excessive amounts of unused space.  An entertainment center without any entertainment, it was like a theater without a show, and most of the huge hotel remained empty before closing down in 2012.

Galaxy subsequently bought the property and brought it back in 2014, rebranding it the Broadway Macau.  Much more successful in its new incarnation, Broadway is notable for its 3000 seat theater, interesting food street and Roadhouse Bar, one of the only venues in town where you can still hear live music.

The next property to debut was the one everyone was waiting for, and it not only met the enormous expectations, it crushed them.  Opening to massive fanfare in August 2007, the Venetian Macao put the Cotai Strip on the map, and is still considered the most successful casino/hotel in Macau.  A rousing rendition of Italy, complete with canals, gondolas and singing gondoliers, it’s also home to the largest casino in Asia and 3000 suites.

Packed with visitors everyday, the majority of whom are walk in guests, the Venetian Macao is a tourist destination in itself and has been since the day it opened.

The Four Seasons came next in 2008, but it didn’t move the meter very much.  A quiet, low key property with fantastic rooms, pools, gym and spa, it’s a luxury quarter that wants to be left alone and basically is.  For travelers, maybe the only reason to visit would be to see the Shoppes at Four Seasons, the largest grossing mall per square meter in the world.  Impeccably appointed and decorated in very high style, many of the sections inside the mall are definitely camera worthy.

The next game breaker arrived one year later when the City of Dreams opened in June 2009.  Melco Crown’s signature property set up shop right across the road from the Venetian and was the polar opposite of its arch rival.  On the one hand, you have the old money, the Papacy, the Establishment, the institution that thinks in centuries.  Pompous, rich, bloated, and completely full of itself, the Venetian broods over the Cotai Strip like a miser over his stack of money, confident to the point of condescension.

Then on the other side, there’s the City of Dreams, the new kid on the block, the punk, the upstart, Mr Rock N Roll, party central with its racy pool parties, bitching nightclub and risque mermaids.  Flaunting moxie, energy, passion, and youth, or all the things that make us young forever, the City of Dreams is where I’d go if I only had 6 months to live… because I wouldn’t last 6 months anyway.

And even to this day, more than a decade after both hotels opened, at this intersection of class and style where two worlds collide, is where you’ll find the absolute heart and soul of the Cotai Strip.  Everything that has come later was or will be built around it. 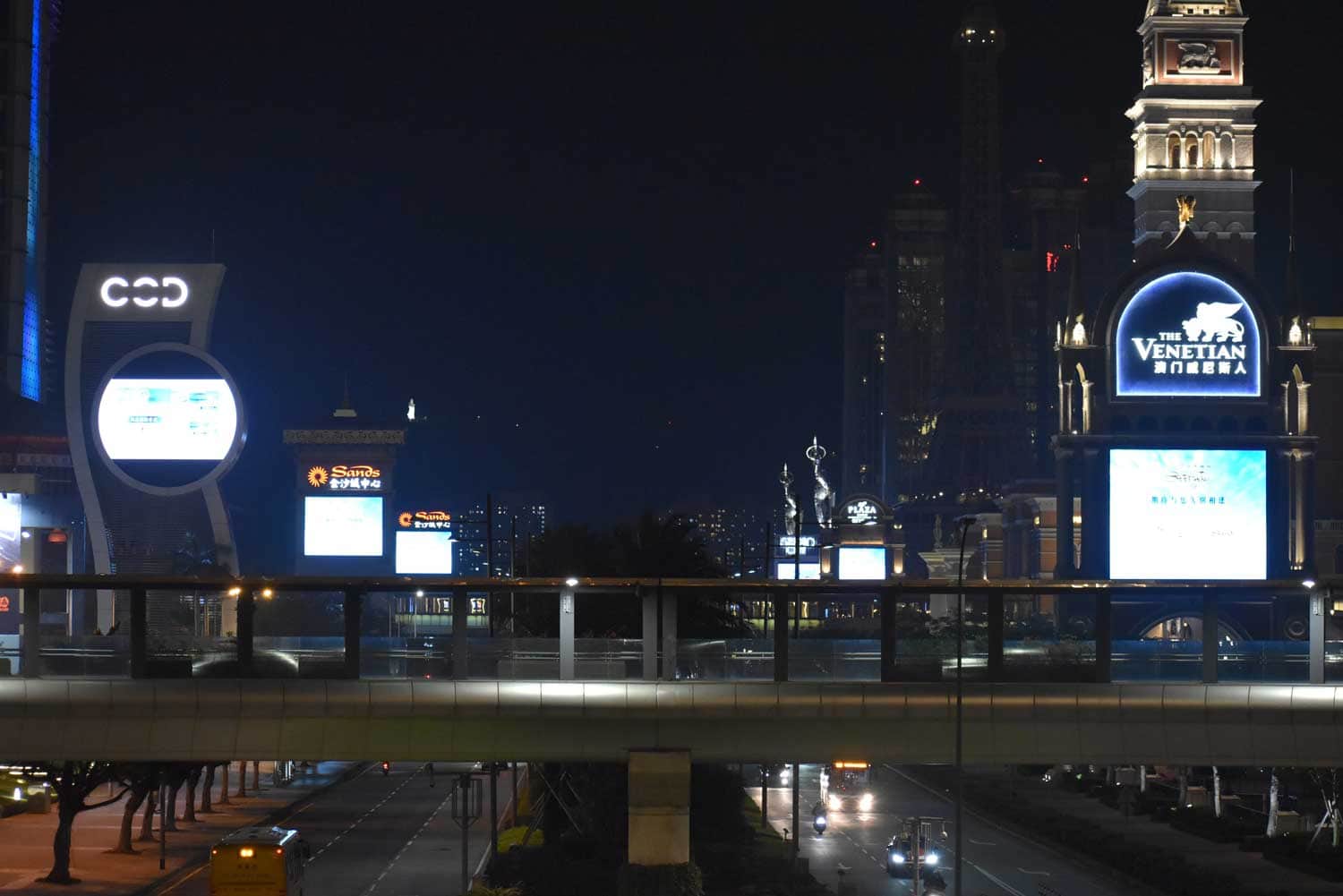 All stayed quiet in Cotai for two years, before the Strip underwent another seismic shift when the Palace of Asia, Galaxy, debuted in June 2011.  The property expanded in 2015 with the addition of a third tower, thereby completing what I consider to be the best mega resort in Cotai.  The crown jewel of the hotel is the stunning 75,000 meter Grand Resort Deck, an attraction usually reserved for live in guests, making it pretty imperative you stay in one of the five hotels they have there.  With some truly great restaurants, interesting bars and even a full fledged cinema, Galaxy is every bit on the same level as the Venetian and City of Dreams, and has probably even surpassed them.

The good times had to end eventually and all of the fantastic momentum that the Strip had built up since the Venetian opened came crashing to a halt when Sands Cotai arrived in 2012.  A colossal bust since its early days, the only thing it adds to the Strip are a whole lot of hotel rooms, with almost 6000 of them to be exact, headlined by the world’s largest Sheraton Hotel (3863 rooms).  For a few years it was the most kid friendly resort in town, thanks to their fun collaboration with Dreamworks Entertainment, a productive partnership that sadly came to an end in 2017.

In an attempt to turn the around the property’s fledgling fortunes, Sands China has unveiled a plan to re-make Sands Cotai into the Londoner Macao, with renovation work slated to begin next year and finish some time in 2021.  While it sounds like a great plan and all, where was this idea 10 years ago when they needed it most?

Studio City came first and immediately branded itself the entertainment capital of Asia, bringing us the House of Magic, 4D Batman Ride and Golden Reel, not to mention the most happening nightclub in town – Showhouse. Every bit as hip, hot and glamorous as the City of Dreams, Studio City also rocks one of Macau’s most memorable building designs, showing the world what a hotel would look like if a meteor crashed through it.

House of Magic unfortunately bit the dust in 2017, leaving the House of the Dancing Water as the only large scale show in town.  Here’s hoping that Melco Crown has a new trick up their sleeve and something in the works to replace it, because you can’t call yourself the epicenter of entertainment with an empty stage.

Cut from the same cloth as its sister hotel the Venetian, the Parisian is another smashing success, this time bringing all of the snob and swag of the City of Light to Macau.  With a mock Eiffel Tower stealing the show outside and a whole lot of bread, garlic, mimes, jugglers, living statues and opera singers inside, the Parisian is destined to become a tourist attraction in itself, the same way the Venetian did a decade earlier.

Sure you can call it tacky and kitsch, but it’s even won me over, and I’m one tough sell when it comes to copying landmarks and building them halfway across the world.  Basically, if you’re in Macau you’ve got to visit the Eiffel Tower and Parisian, especially when it’s lit up at night.

As for Wynn Palace, I guess you can say that two out of three aren’t bad.  Large and somewhat luxurious rooms are all the hotel has to offer, but I don’t even think they’re that nice.  Unlike Studio City and the Parisian which give walk in tourists reasons to visit, Wynn Palace doesn’t do anything to bring people in.

The most disappointing property to debut on the Strip since Sands Cotai in 2012, here’s hoping that Phase 2 and Phase 3 of the Palace produces something of merit.  As it is now, Steve Wynn’s fairy tale foible is a flop, one that not many people saw coming.

The last resort to open was MGM Cotai, commencing operations just before Chinese New Year in February 2018.  A personal favourite of mine, the jewellery box wonder is awash in art and artifacts, so much so that free guided tours are given four times daily, the only hotel in Cotai to do so.

With its prized collection of carpets and crystal, Dancing Lights and lacquerware, MGM Cotai should be commended for being the most beautiful property on the Strip, one that art lovers simply must check out, in particular the two lobbies that are just gorgeous.

So that’s the story of the Cotai Strip up to this point.  As of January 2021, we’re up to 10 hotels with just one more in the works: SJM’s long awaited Lisboa Palace, which is scheduled to open sometime this year.  To see the next chapter of the story and how it all unfolds, just keep tabs on this page and site in the future.  We promise to be there when it happens (Covid permitting, of course!).

With this little historical overview out of the way, let’s turn to the main reasons you’ll want to visit Cotai.