House of Dancing Water has been discontinued until Macau re-opens.

The City of Dreams House of Dancing Water performance is easily the biggest show in town.  Wildly successful with Chinese audiences, the theater has been selling out ever since debuting in September 2010. 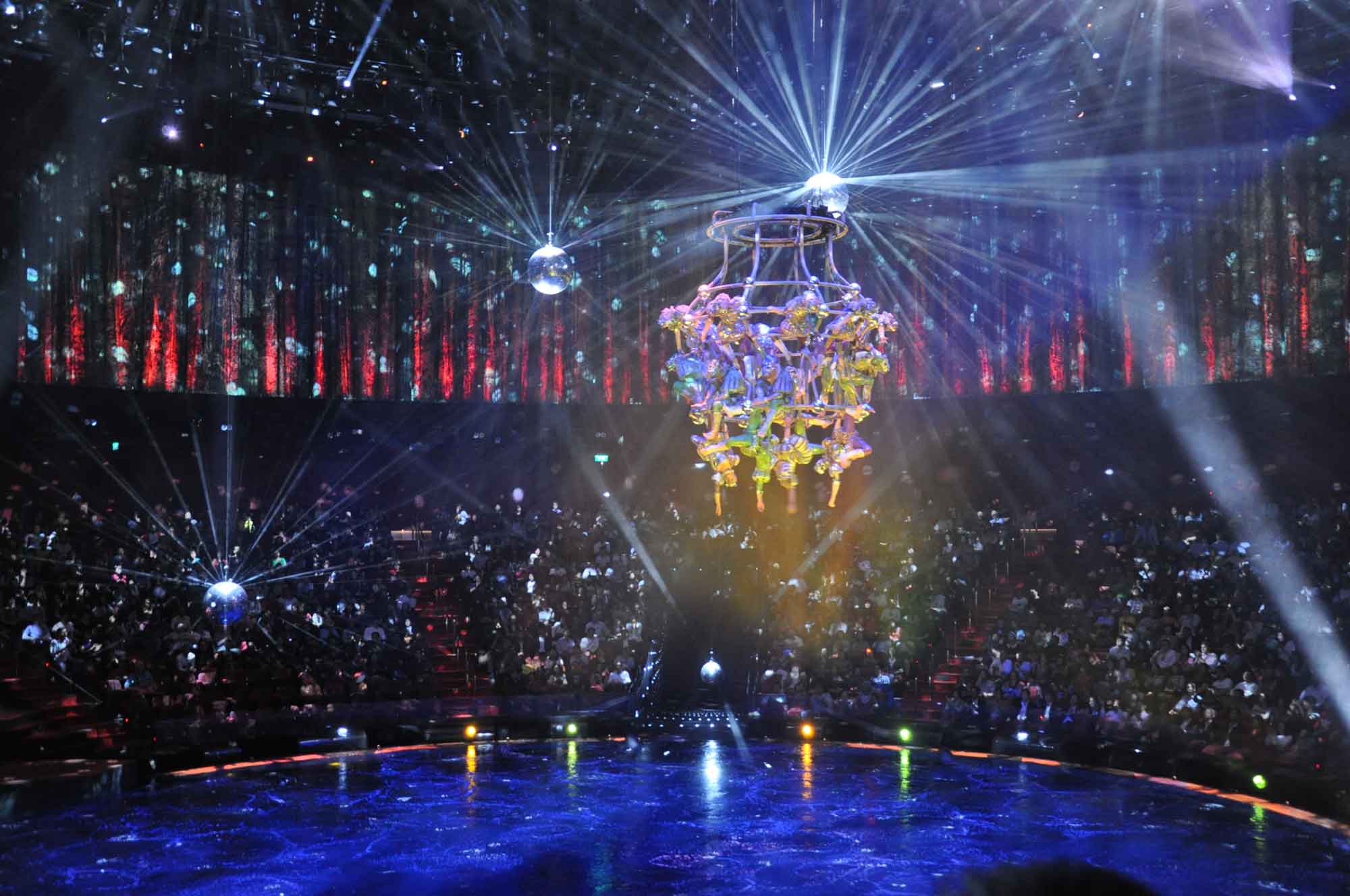 I’ve seen it handful of times through the years but still can’t figure out the story behind it.  To me, there is no linear plot, just an endless repetition of different scenes and stunts that should tie together in some way, but never do. 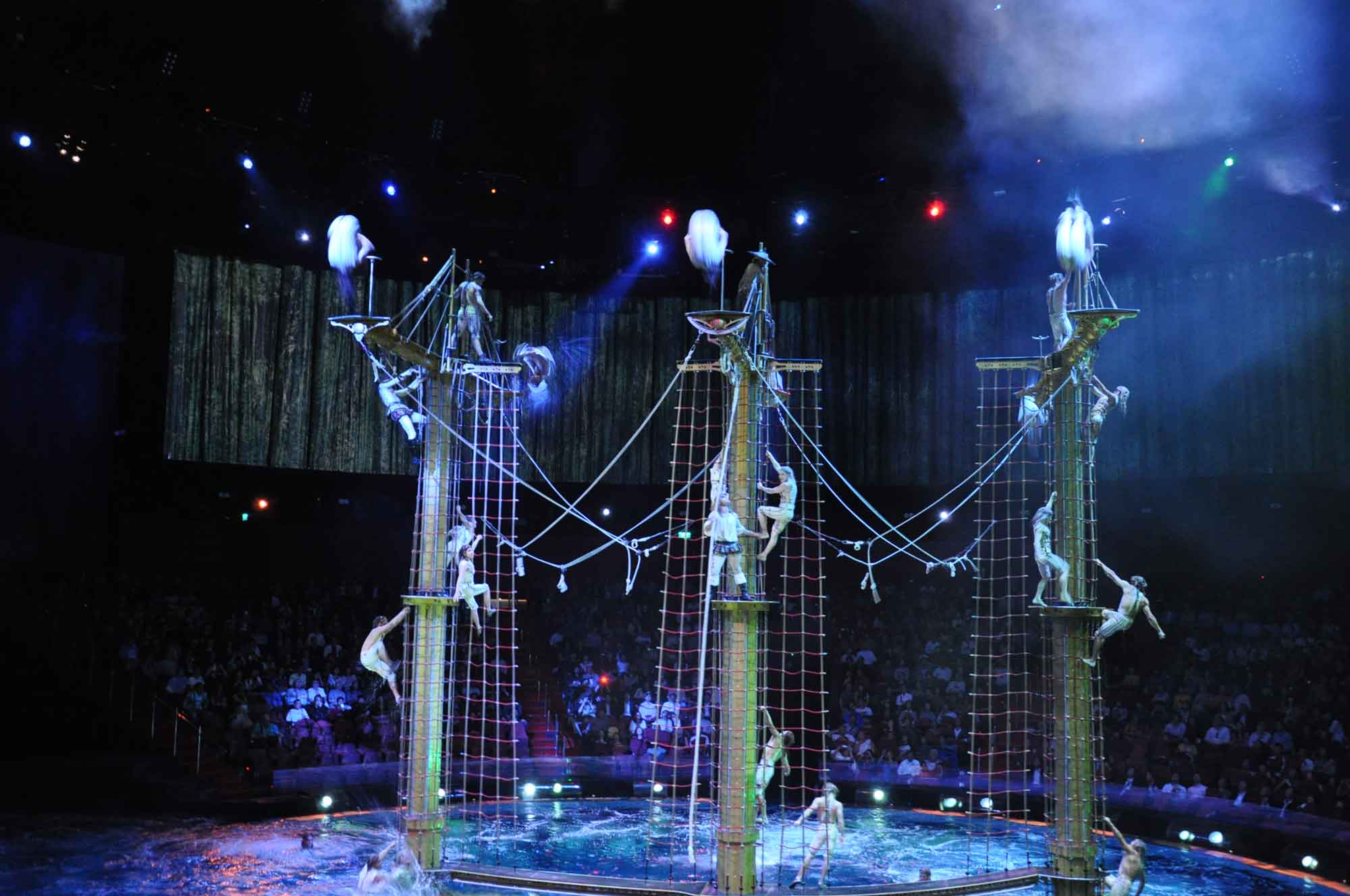 While I’m always utterly lost throughout the 90 minute performance, don’t let dissuade you!  There is literally nothing else going on in Macau entertainment wise, making the House of Dancing Water a must see by default. 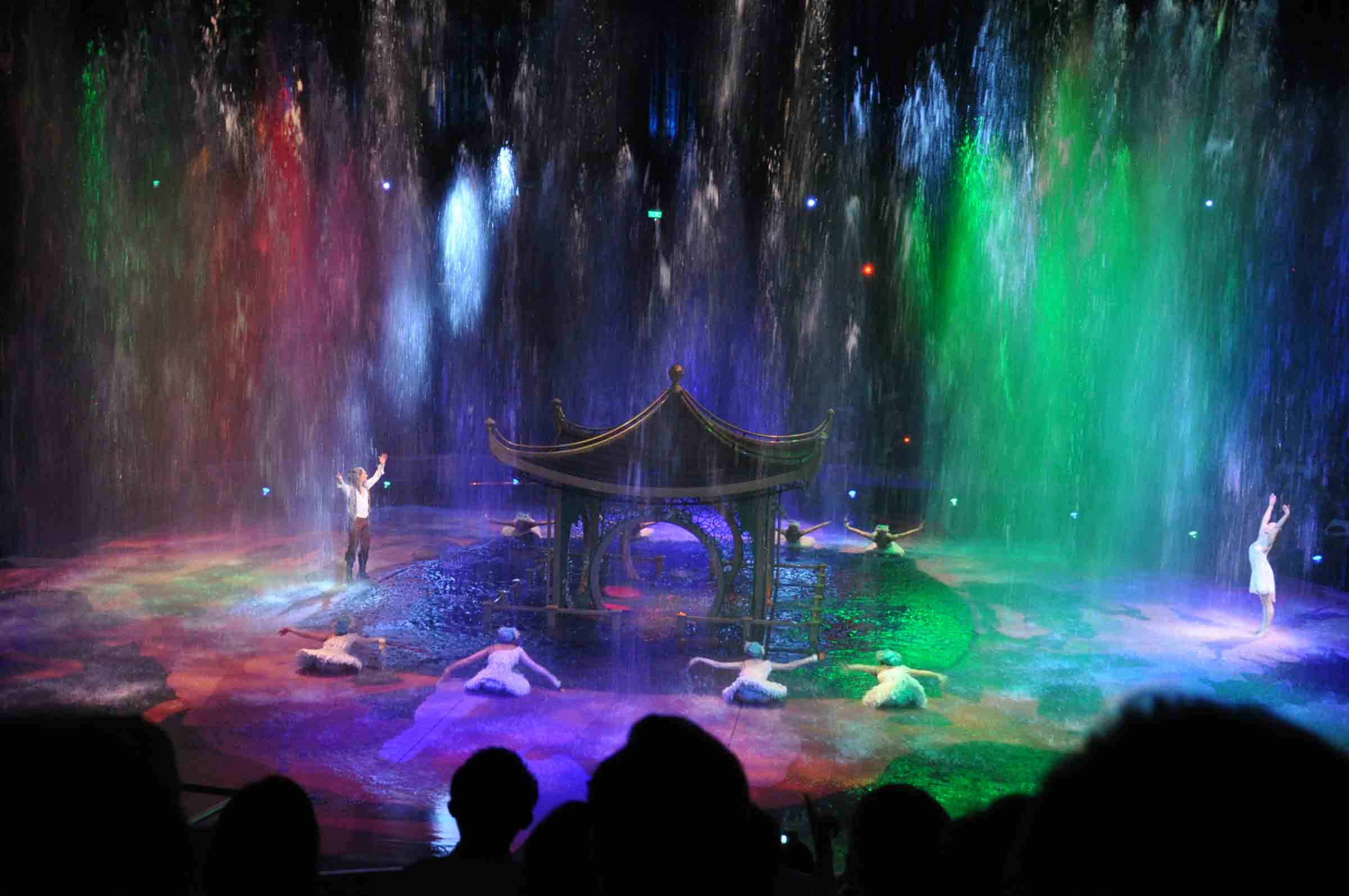 If you lower your expectations and go in knowing it’s more like a circus performance, then you should be sufficiently entertained.  Simply put, story or no story, the House of Dancing Water is one hell of a grand scale extravaganza. 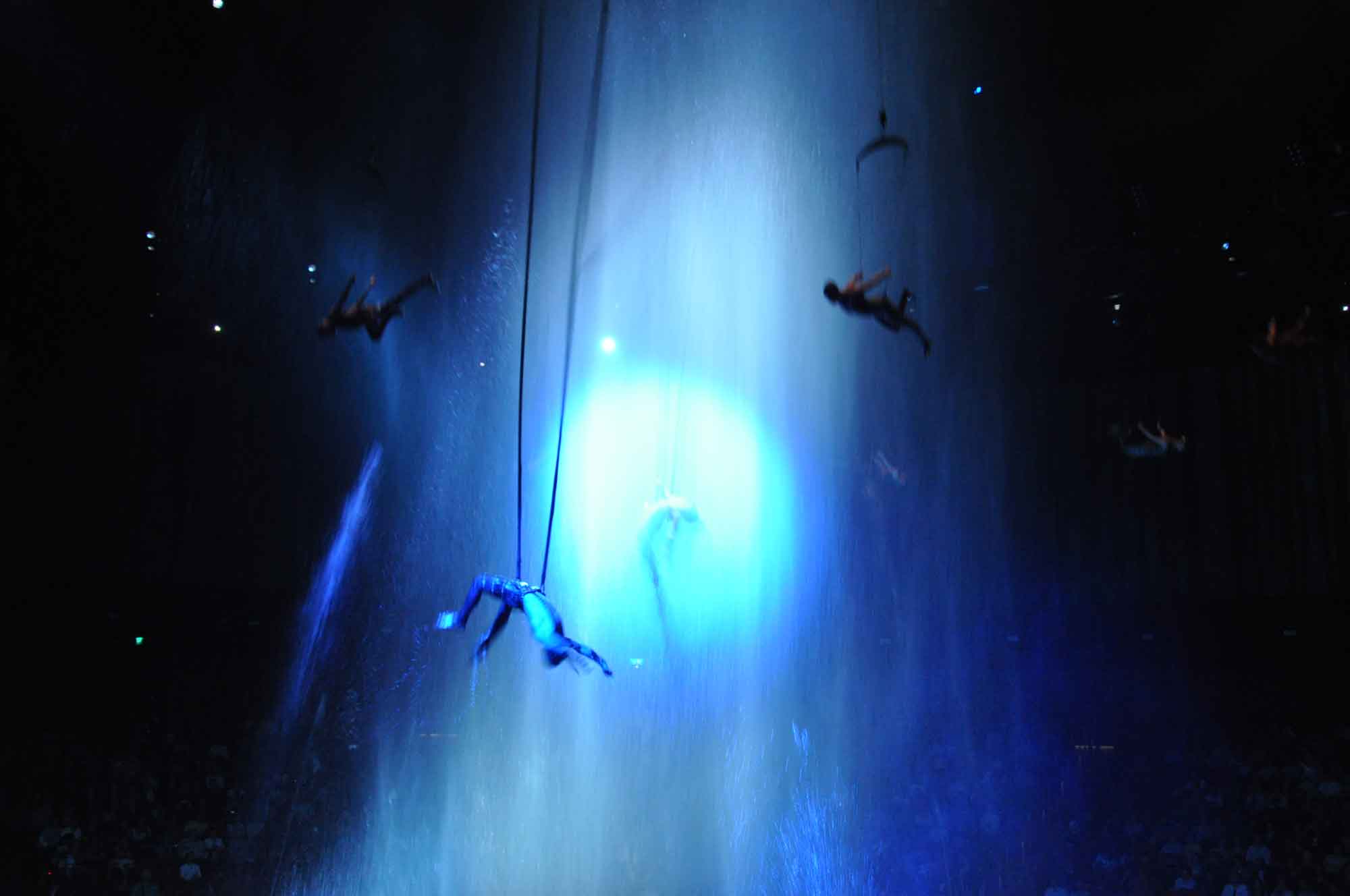 First, as I’ve said, the stunts are absolutely amazing and worth the price of admission alone.  You had people zooming down from the rafters, diving from the sails of ships, flying across the stage on huge swings and of course, motorcyclists flipping over in mid air while others flew across the stage while only holding onto their handlebars….  I mean, it was some really amazing stuff. 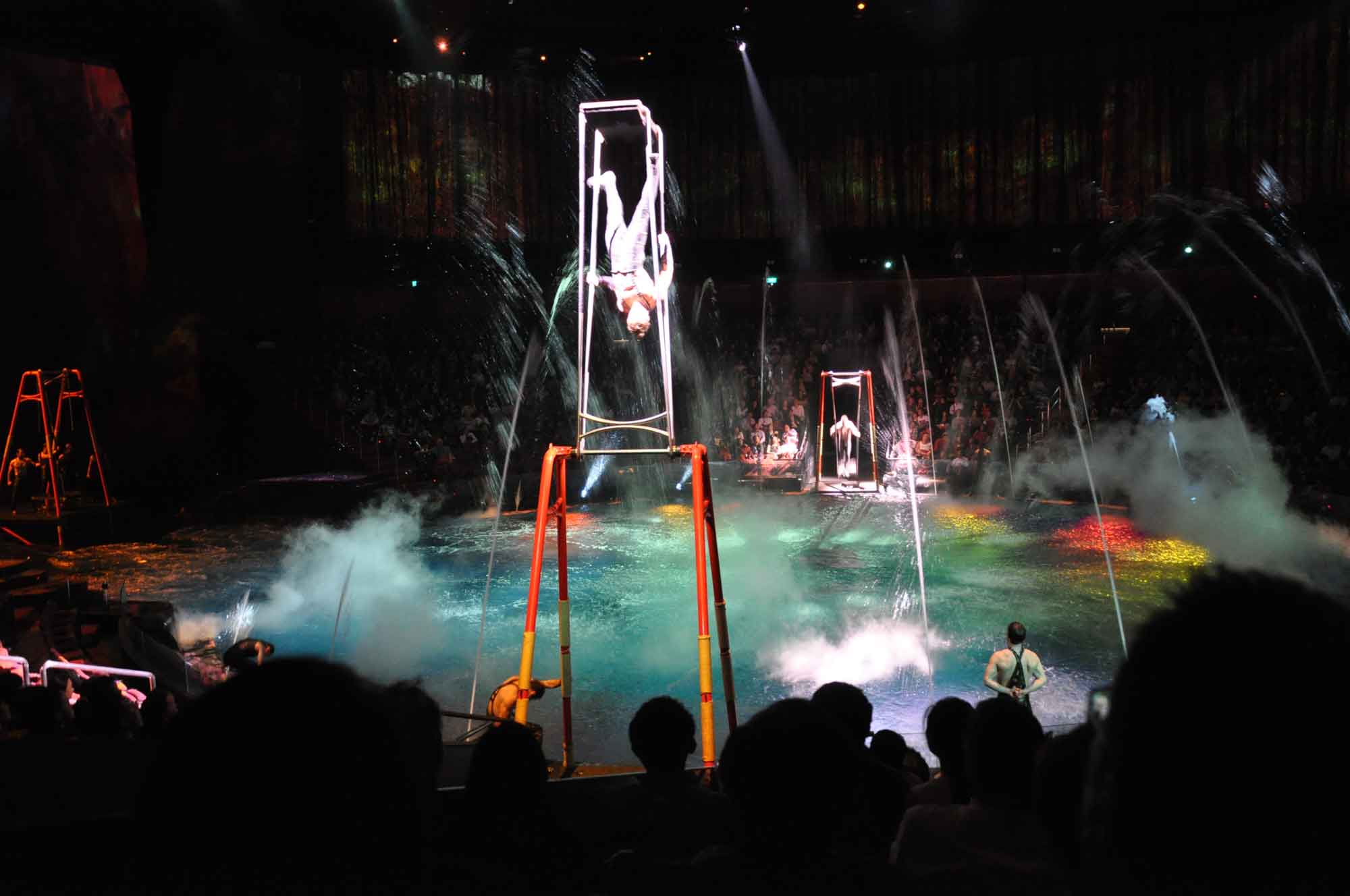 Second, when the performance slowed down and turned more artistic, in the way of mime or complex choreographed dancing sequences, the show might have even picked it up a notch.  Not only were the actors spot on, but there was excellent use of sound, lighting, and colour to back them up.  From start to finish, the House of Dancing Water was a very impressive visual spectacle. 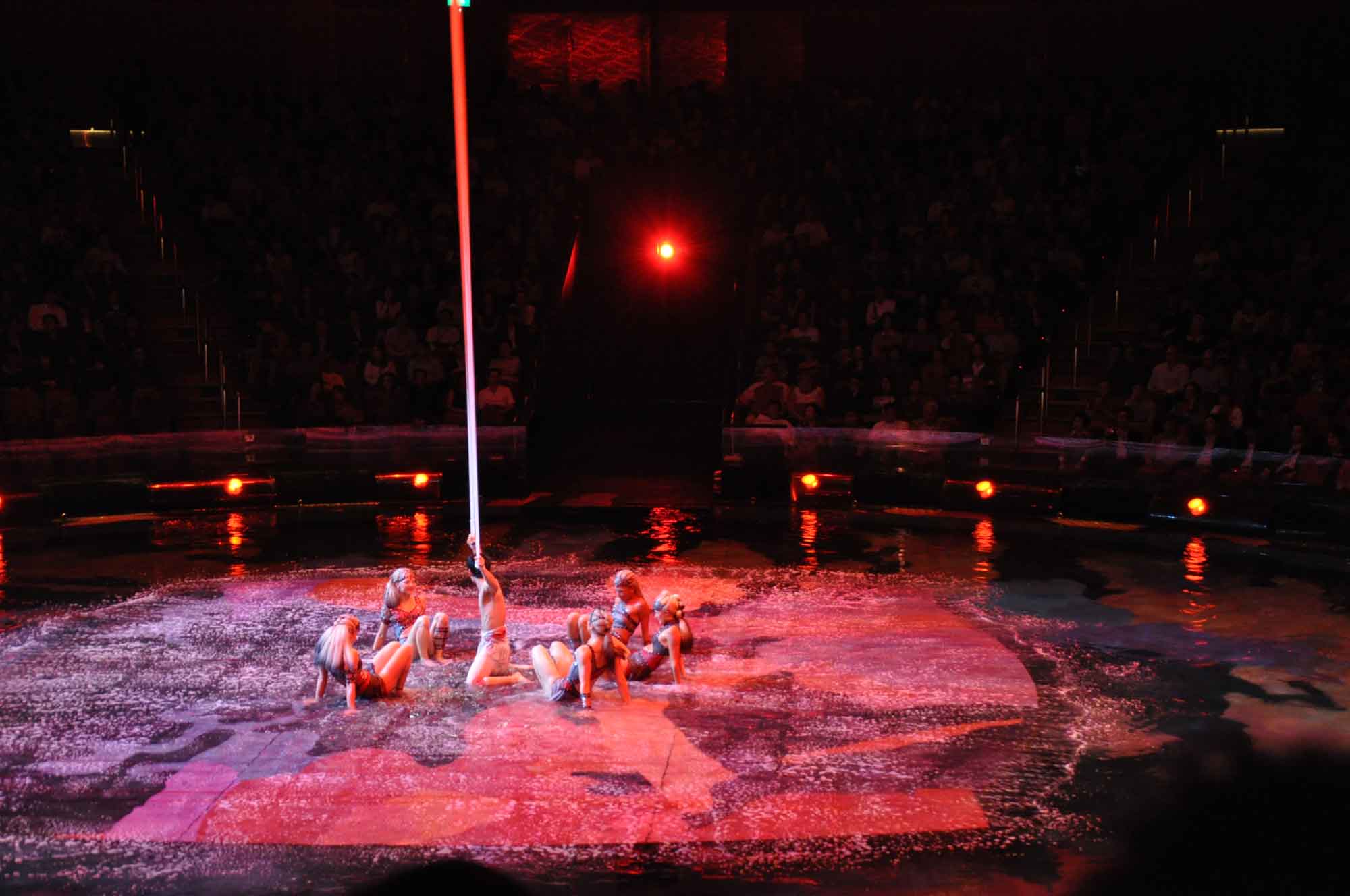 The House of Dancing Water has two performance times, an early show at 5 pm and a later one at 8 pm, and is dark on Tuesdays and Wednesdays.  Adult tickets range from $598 to $1480, with children and senior’s tickets slightly cheaper.  The next time I go I think I’ll buy the ones for $598, since I don’t think there’s a bad seat in the house. 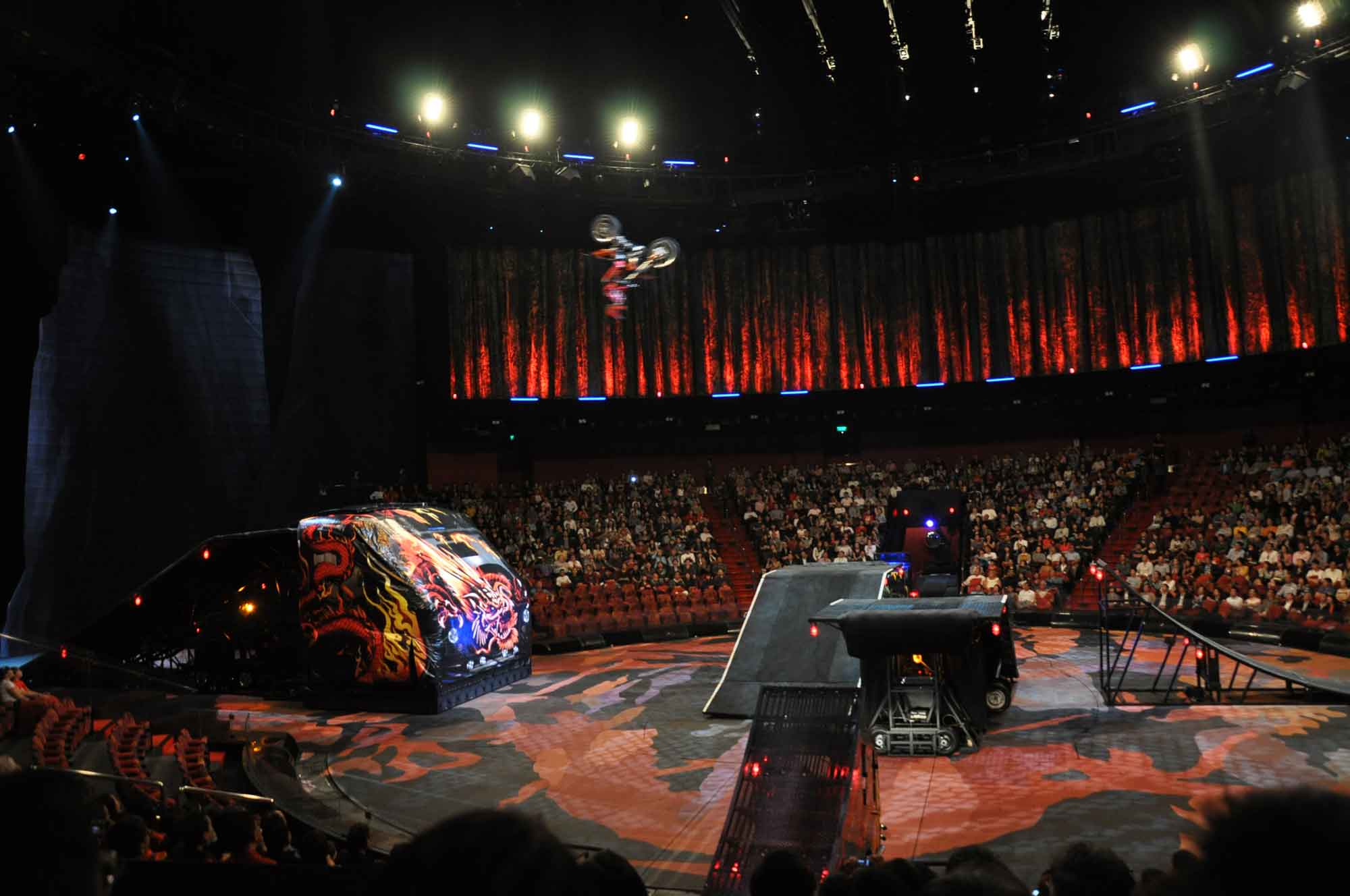 Although I think my Western friends should temper their expectations for what they’ll see, my Chinese friends won’t have any need to do so.  The show sells out almost every night for a reason, and it’s because mainland spectators love it.  While it’s probably true they could have done a better job getting a story across, the House of Dancing Water is still worth checking out for its amazing stunts, vibrant presentation and special effects.  While you may not know exactly why you’re seeing something, you will be seeing something spectacular and magnificent. 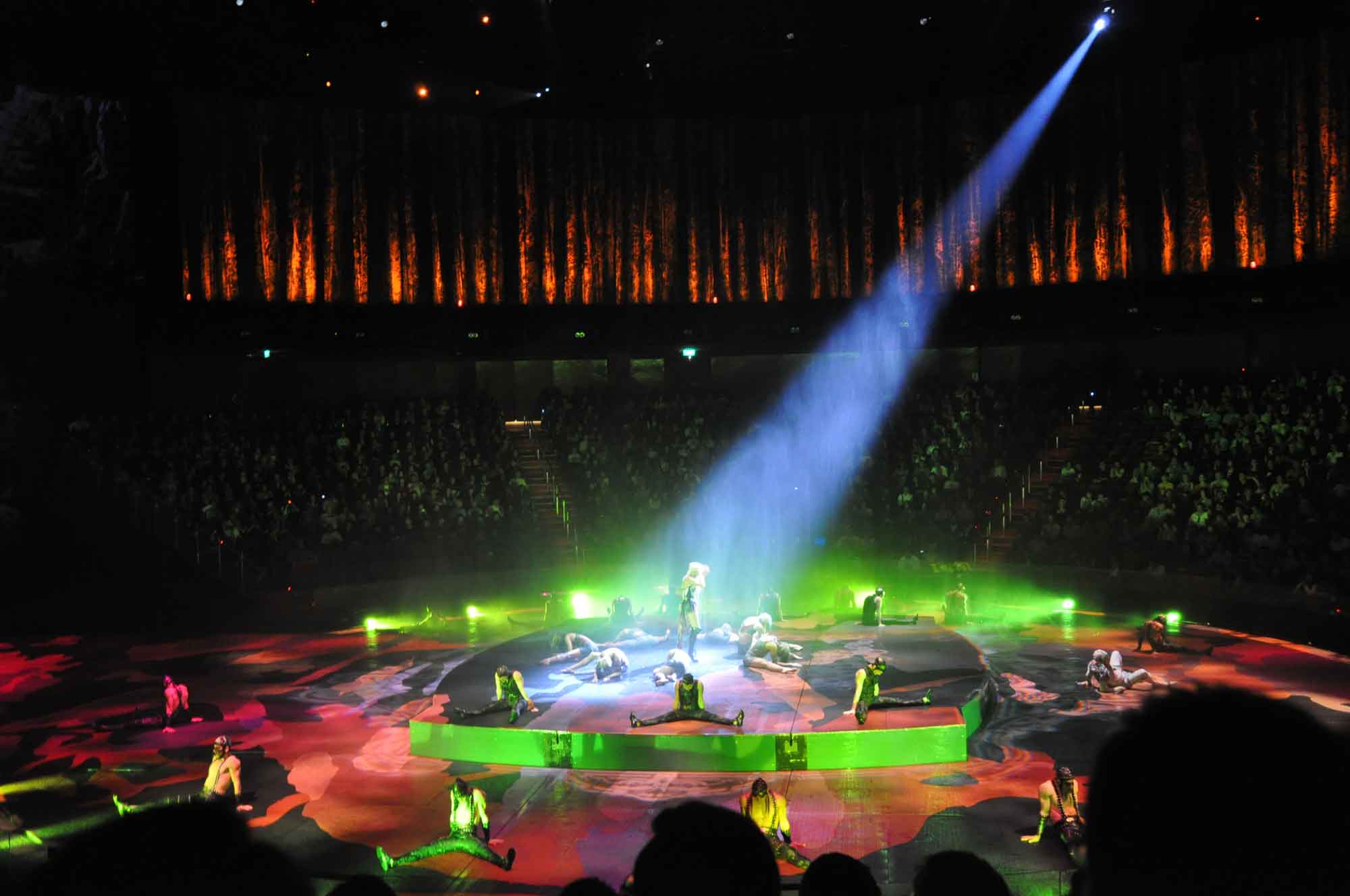 And for a lot of people, that’s more than good enough.