Macau is home to 696,100 people, 90% of which are Chinese. A further 2% are Macanese, which means of Portuguese and/or mixed Portuguese/Chinese descent.

It is the most densely populated area in the world, which is very surprising because it doesn’t feel that way.  Hong Kong, by comparison, is a lot more crowded and hectic, while the day to day scene in Macau is much more sedate.

The official languages are Cantonese and Portuguese, although the latter is hardly ever used. Mandarin is understood by a large number of people, while English is very hit or miss. Inside the big hotels with their heavy influx of Filipino, Indonesian and Malaysian workforce, it is widely understood. On the street however, or with the dealers in casinos, good luck, especially if they’re older than 30.

Macau has the second longest life expectancy in the world, at 84.4 years, ranking second to only Monaco in that category…. Who knew gamblers lived so long??

Macau used to be composed of 1 peninsula (Macau) and 2 islands (Taipa and Coloane). In 2004, Taipa and Coloane were merged together to form one connected land mass, due to land reclamation on the Cotai Strip.

Here are a couple of pictures taken near Our Lady of Carmel Church during the 1950’s. 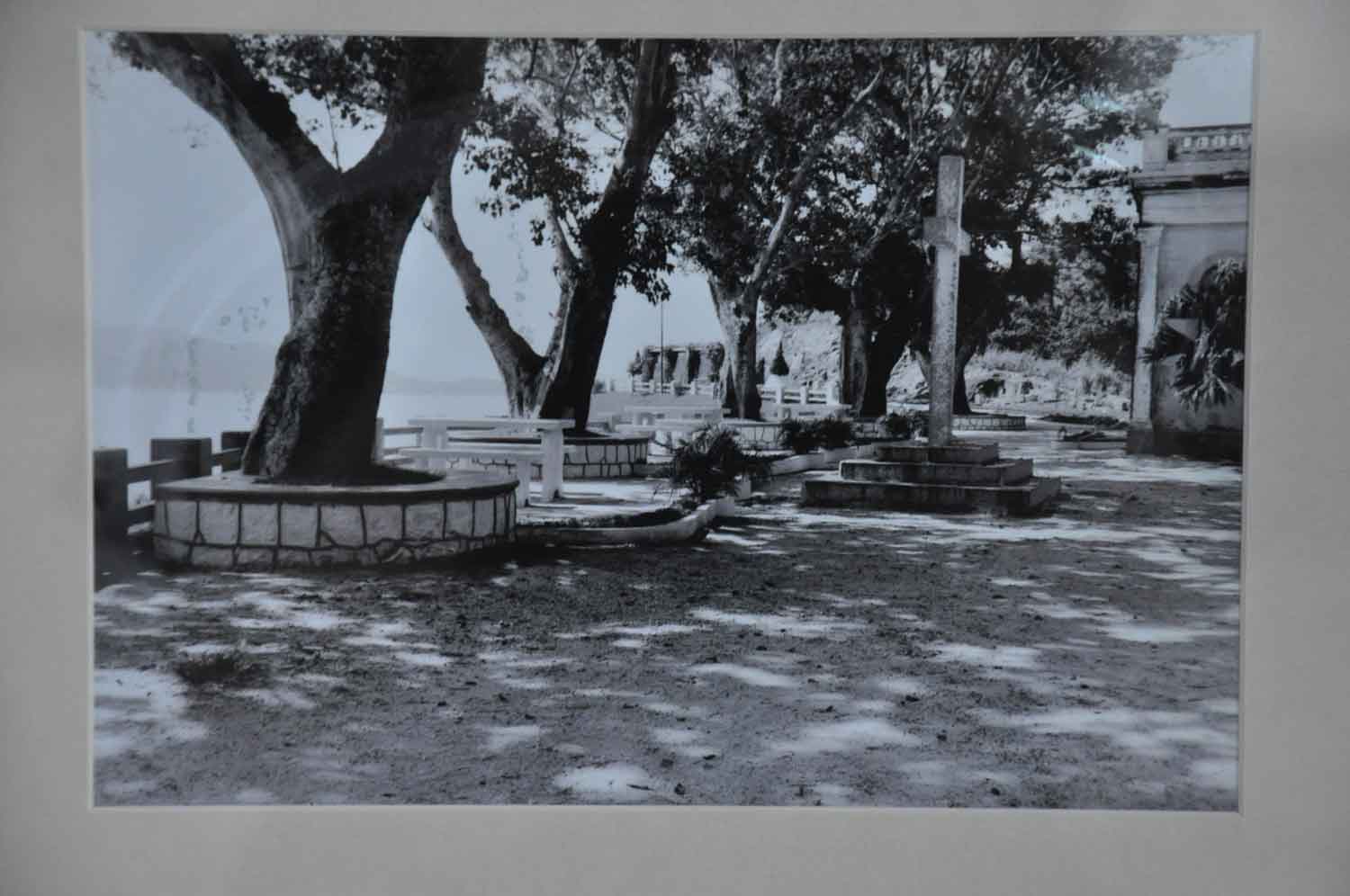 That’s right. The truth is that every time you go to the Venetian you should be doing so on one of their gondolas! 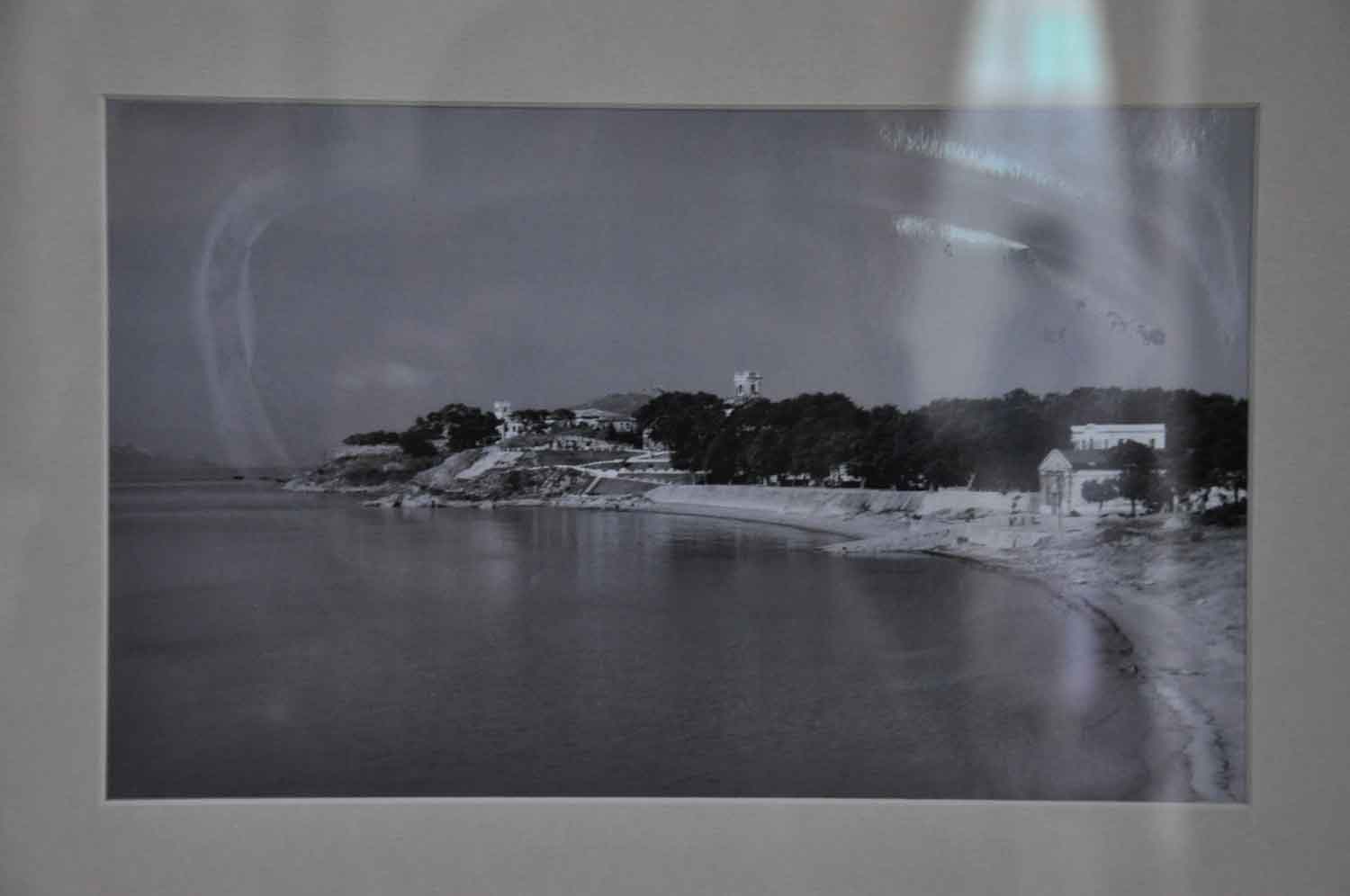 Most of the city’s history is found on the old peninsula, and that’s probably where you should be spending most of your time. Think of it like the downtown region. Taipa, in comparison, is much more laid back and residential, like the suburbs. And Coloane finally is 100% green and serene, so I’ve always likened it to the countryside.

Hong Kong dollars are widely accepted in Macau, at a rate of 1-1, which is about a 2% hit. Keep in mind that it doesn’t work the other way around – people in Hong Kong want nothing to do with your Patacas (AKA Mops).

In terms of money changing, the easiest thing to do is just use your ATM card in one of the city’s many machines, which dispense currency in both Macau Mops and Hong Kong Dollars. Holders of Chinese bank cards however lost this privilege in July 2017, a policy instituted by the mainland government to curb the flow of RMB leaving the country.

It won’t change a thing of course, mostly just inconvenience tourists who have never done anything wrong, and who now just change their money beforehand, or at banks or exchange windows after they arrive.

As for tipping, the wonderful saying “When in Rome” certainly works in your favour when in Macau. As mentioned above, 95% of the people in Macau are Chinese, and tipping does not happen on the mainland. Pay the amount quoted on the bill and that’s it. Besides that, restaurants and hotels all charge a 10% service fee automatically, so you’ve already had to shell out extra for that.

In my experience the only people who have ever expressed displeasure at not receiving a tip have been expat staff in some of the restaurants. Whenever I’ve been in more local Cantonese joints, no one’s even batted an eye.

Regarding currency restrictions, there are no limits on the amount of money you can take in or out of the country.

Most of the visitors who shop in Macau are tourists from the mainland. They come to buy cosmetics, medicine, and electronics, because the prices are lower than in China and the quality is assured. The main shopping area is Senado Square and San Ma Lo, which often get turned into zoos during peak hours. The area around the old Holiday Inn on Rua de Pequim is another good area for electronics and other goods, but be sure to bargain before you buy anything. At the very least, you can usually get 10% to 15% off.

Watch and jewelry shops are also very popular in Macau. I don’t know how the city can support so many of them because no one ever seems to be in them, but it somehow does. According the Macau government website, if you want to purchase something of significant value, you should always bring an expert with you. When buying gold or other expensive jewelry, always ask for a certificate of warranty and also make sure that you get a proper receipt which clearly indicates the full details of the shop, as well as the exact details of the item/s purchased and the price. Don’t buy gold or valuable jewelries in a street-stall or in a shop that does not look “serious” enough.

Among the most reliable shops you can find are Hong Kong-based chains like Look Fook and Chow Tai Fook, which have branches on San Ma Lo as well as in many top casino hotels like Venetian and the City of Dreams. Good and reliable outlets can also be found on Infante D. Henerique, located near the Lisboa and Wynn.

Clothes! Like any city Macau has a ton of stores selling hip and happening threads, for any occasion. For less expensive clothes, try the street stalls located between Senado Square and Rua do Mercadores. When it’s time to style and strut, the large hotel casinos deal exclusively in high end fashion designer goods. From $10 skirts to ones well over $10,000, Macau has you covered.

Arts and antiques are the last things I’d like to mention. The area around St Paul’s has a lot of stores which specialise in antique furniture, lacquer screens, large chests and bed frames, as well as silk rugs, delicate porcelain vases, and various miniatures. In particular have a look at Rua de São Paulo, Rua das Estalagens and Rua St António. This area is just a great place to wander around and get lost in too, so definitely do some window shopping at least.

If there’s something you’re looking for that we haven’t covered here, just try the friendly folks at any of the Macau tourist offices. They’ll be happy to give you a friendly suggestion and point you in the right direction.

Macau has a subtropical climate, best characterized as very humid, warm, and wet.

The best time to visit is definitely mid September to mid December: expect temperatures to be in the 20’s with clear skies, low humidity and little rain.

Winter hits from about Christmas and lasts into March, with temperatures between 10 and 15 degrees. It’s a damp chilly cold however meaning it gets into your bones and always feels a lot colder than the temperature suggests. In other words, jackets and sweaters will definitely be required.

April is the worst month to visit because the sun never comes out. The sky is permanently tangled up in grey, so don’t visit then if you have a choice. For an idea of how despondent the city looks at the time, please follow check out the Photobook Contribution: Dour April.

The remaining months, May to mid September is full on summer season, with temperatures routinely in the 30’s that may feel more like the 40’s with the humidity. Rain is often in the forecast, although the storms don’t tend to last very long, usually for less than an hour and sometimes for as little as 10 minutes. But when it rains it pours, so always take an umbrella out with you during that time of year.

May to September is also typhoon season and if one hits while you’re visiting, you’ll probably lose two days to it.

Macau has free WiFi that’s available in several hotspots around the city. The network name is WiFi Go, or WiFiGo-s, for encrypted service. The password for both is wifigo.

To learn more about hotspot locations, pick up the Wifi pamphlet at any Tourist Office, or alternatively, just look here: Wifi Go.

Most visitors to Macau do not a visa, and are allowed to stay for 30, 90 or 180 days, depending on their country of origin.

Stays for up to 180 days: United Kingdom

For more information, check out the Macau visa page on Wikitravel here: Wikitravel.

A couple points I’d like to stress. Your passport needs to be valid for at least one month, or else they won’t let you in. I got turned away in 2012 for that very reason. Also, let’s say your passport has 45 days left until expiration, and under normal circumstances, you’d be able to to stay in Macau for 30 days. In that instance, they’d only give you a 15 day stay.

Two, if you want to visit China after Macau, you’ll need a Chinese visa in order to enter. For more information about visa type and fees, as well as where to apply, please follow the link here: Office of the Chinese Consular in Macau. Perhaps a more prudent approach would be to apply for your Chinese visa in your home country before visiting Macau, so as to avoid any last minute problems.

If you just want to hop over the border and visit Zhuhai for 3 days, you can apply for a visa at Gongbei Border Gate. For most Western countries, the fee is 168 RMB, and it must be paid in Chinese currency.