Unless you happen to be in Macau for a week or more and have absolutely nothing else left to do, then I would avoid all of the places on this list.

Their principle clientele are tour groups, and I always feel sorry for those suckers whenever I see them, because they’ve obviously stepped onto the wrong bus.

Here are a few places to avoid at all costs when in Macau.

I don’t know when travel blogs and tour group operators will smarten up.  Fisherman’s Wharf is a complete and utter waste of time and has been since its inception.  The only reason anyone has ever had to go there is to visit one of its two nightclubs, D2 or D3, which only start to get going around 2 am. 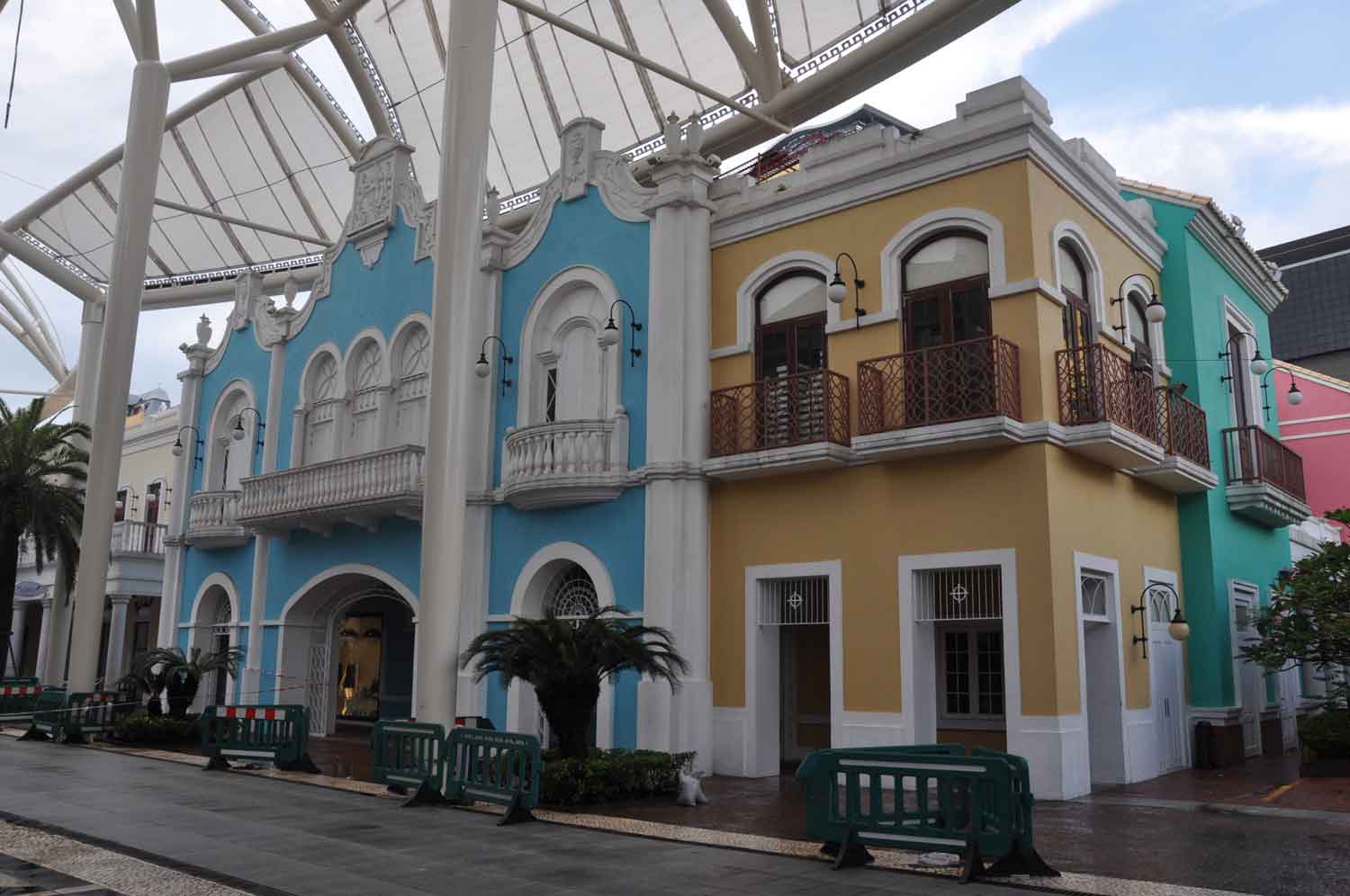 Let me repeat the again just so that there are no misunderstandings.  I’ll even make it into its own paragraph.

Macau’s Fisherman’s Wharf is a failed commercial venture that’s been a disaster since it first opened and is not getting any better.

Thank you, I feel a lot better already. 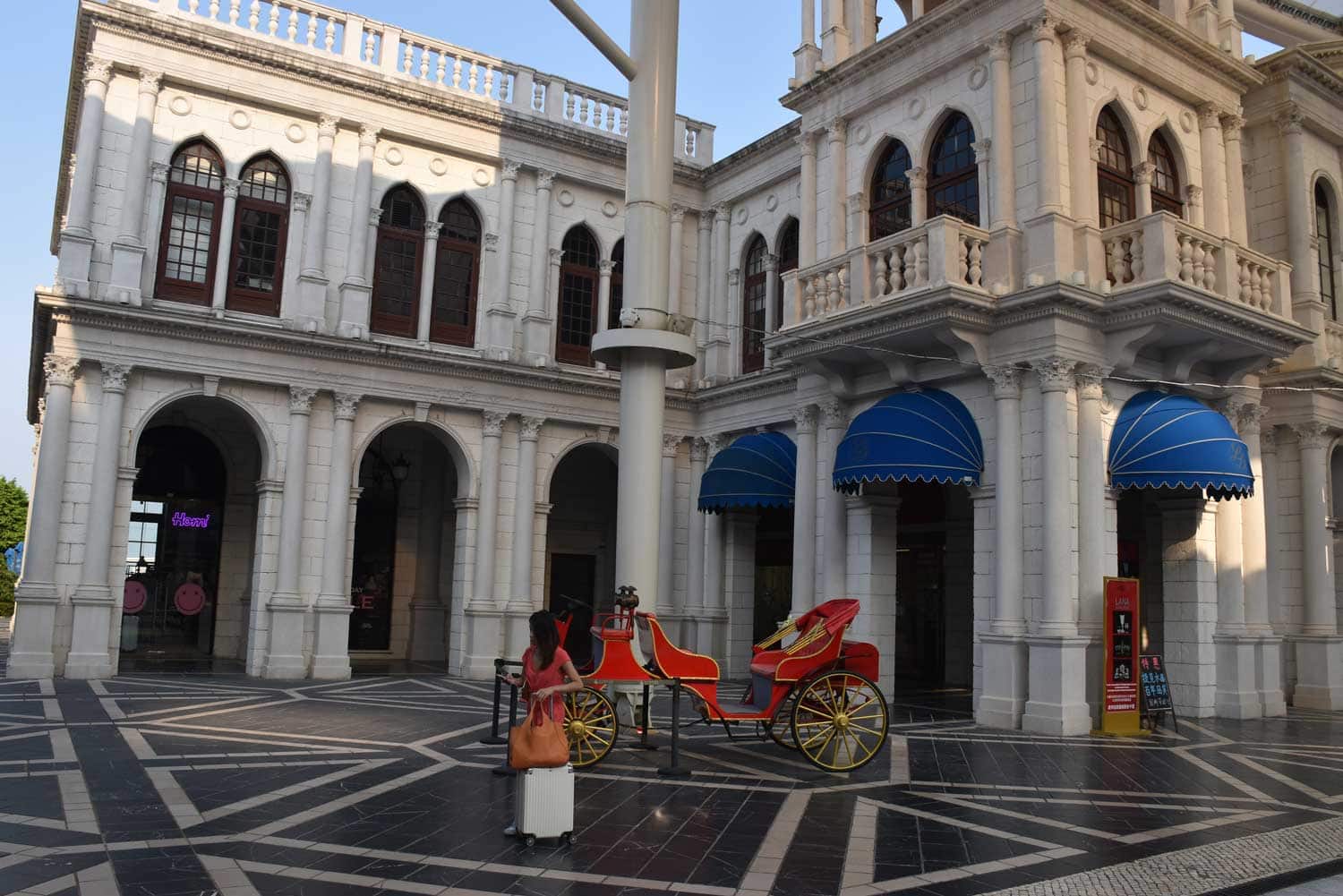 The owner has even thrown in the towel, by converting the entire Western end into two new hotel properties.  The rest of the Wharf is forever in a state of flux, with things perpetually being built then torn down, arranged then rearranged, conceived but ill conceived.  If you fancy a walk down faux pas Promenades lined with empty tourist shops that don’t attract any tourists, then Fisherman’s Wharf might be for you.

Be careful to avoid all of the barriers, trucks, and cranes as you wind your way around the maze of misery though, a long solitary walk that ultimately takes you to nowhere and nothing. 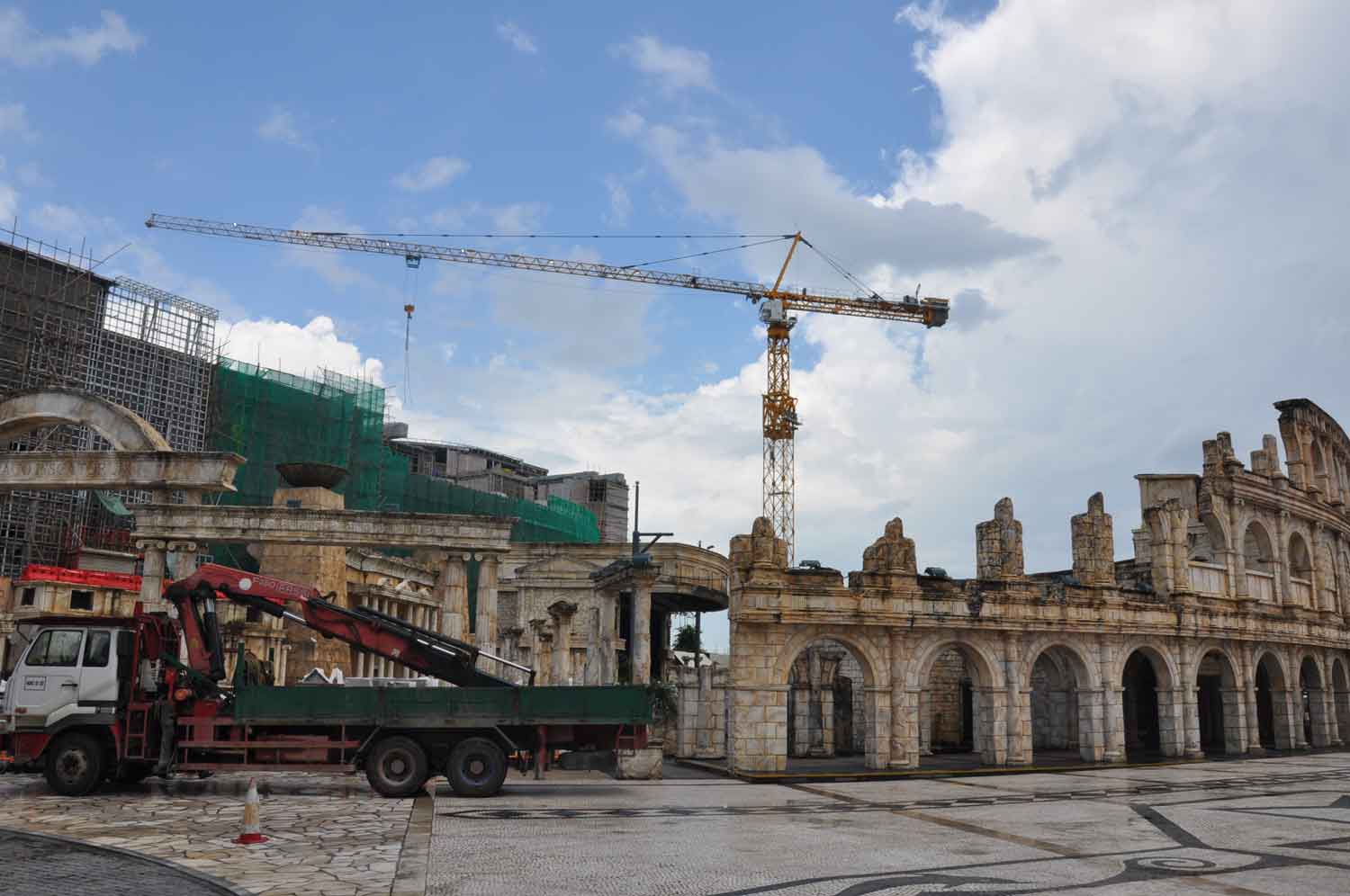 In fact, I wouldn’t be surprised if all of Fisherman’s Wharf wasn’t hotels by 2025.

Another place pretty much frequented by tour groups and no one else is Lotus Square, home to the 6 meter tall bronze sculpture “Lotus Flower in Full Bloom”.  While it’s certainly a nice piece of art, its located in a perpetually empty square in an unappealing part of town full of cheap hotels, casinos and massage parlors. 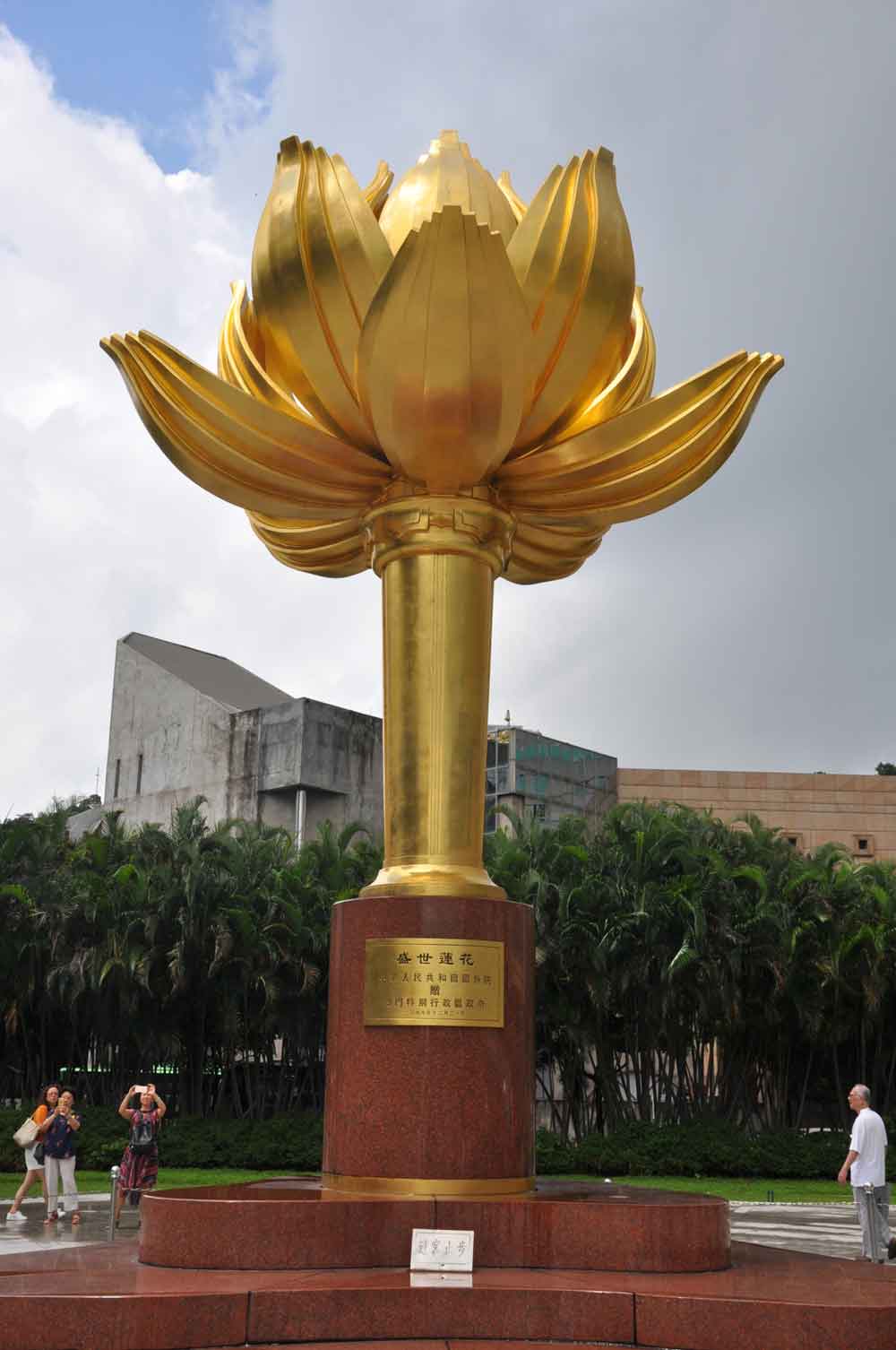 If you’re already in the area then okay, otherwise there’s no need to seek Lotus Square out.

This bronze statue of Kun Iam is located down by the water next to MGM Macau.  Unless you’re a devotee of the Goddess of Mercy and want to pay your respects, then this is another attraction that can be avoided. 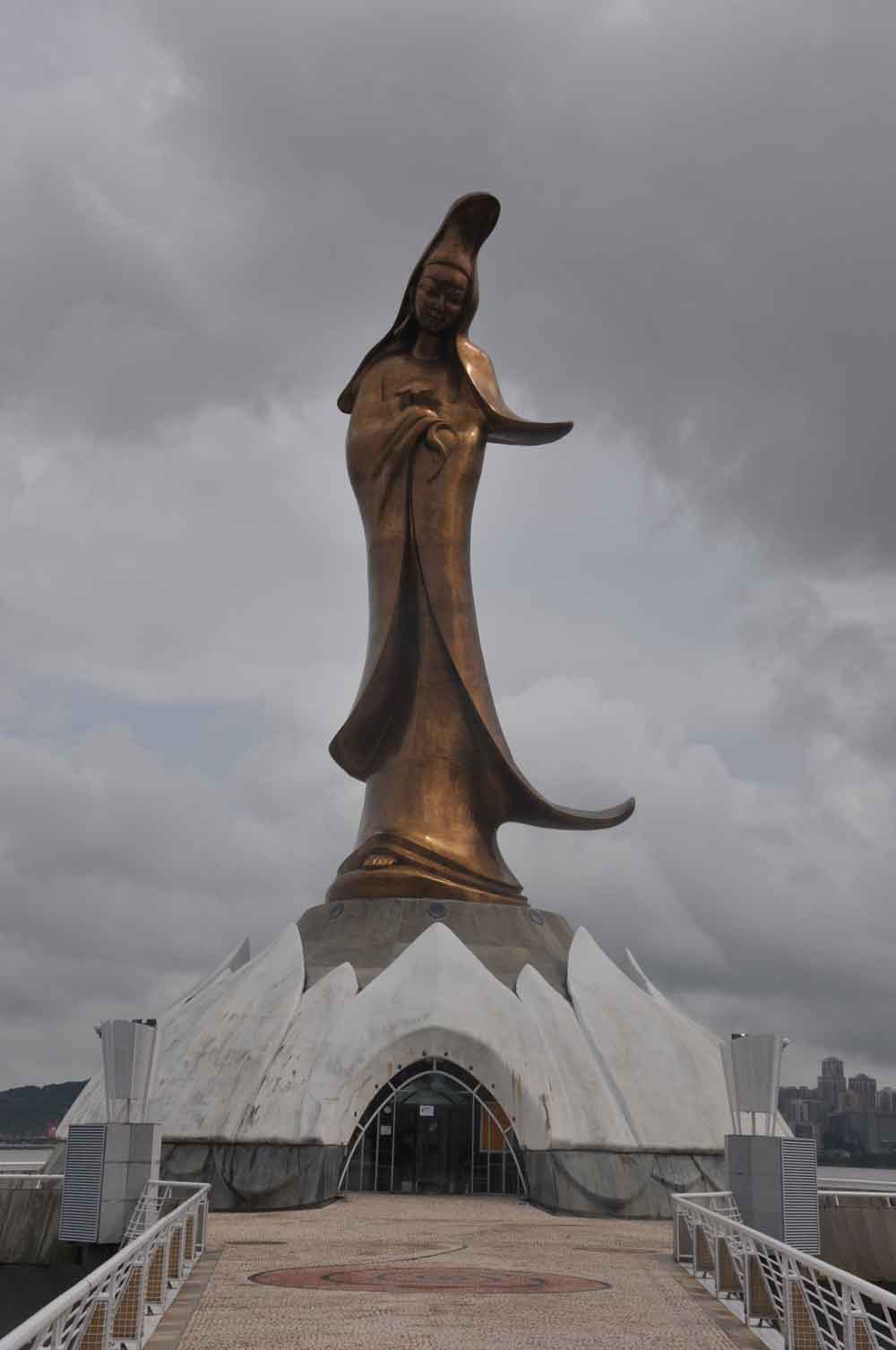 If there were more to do in the area then maybe I could see it, but it’s located in another uninteresting part of Macau bereft of history and culture.

For killer views of the city I think it’s a better idea to climb Penha Hill, Guia Hill or Monte Fortress than pay the 135 Mops it takes to do it from the 58th floor of Macau Tower.  Maybe if the Tower were more centrally located it would be more appealing, but it’s nowhere near anything, all isolated and alone on the southern tip of the Peninsula between Sai Van and Nam Van Lakes. 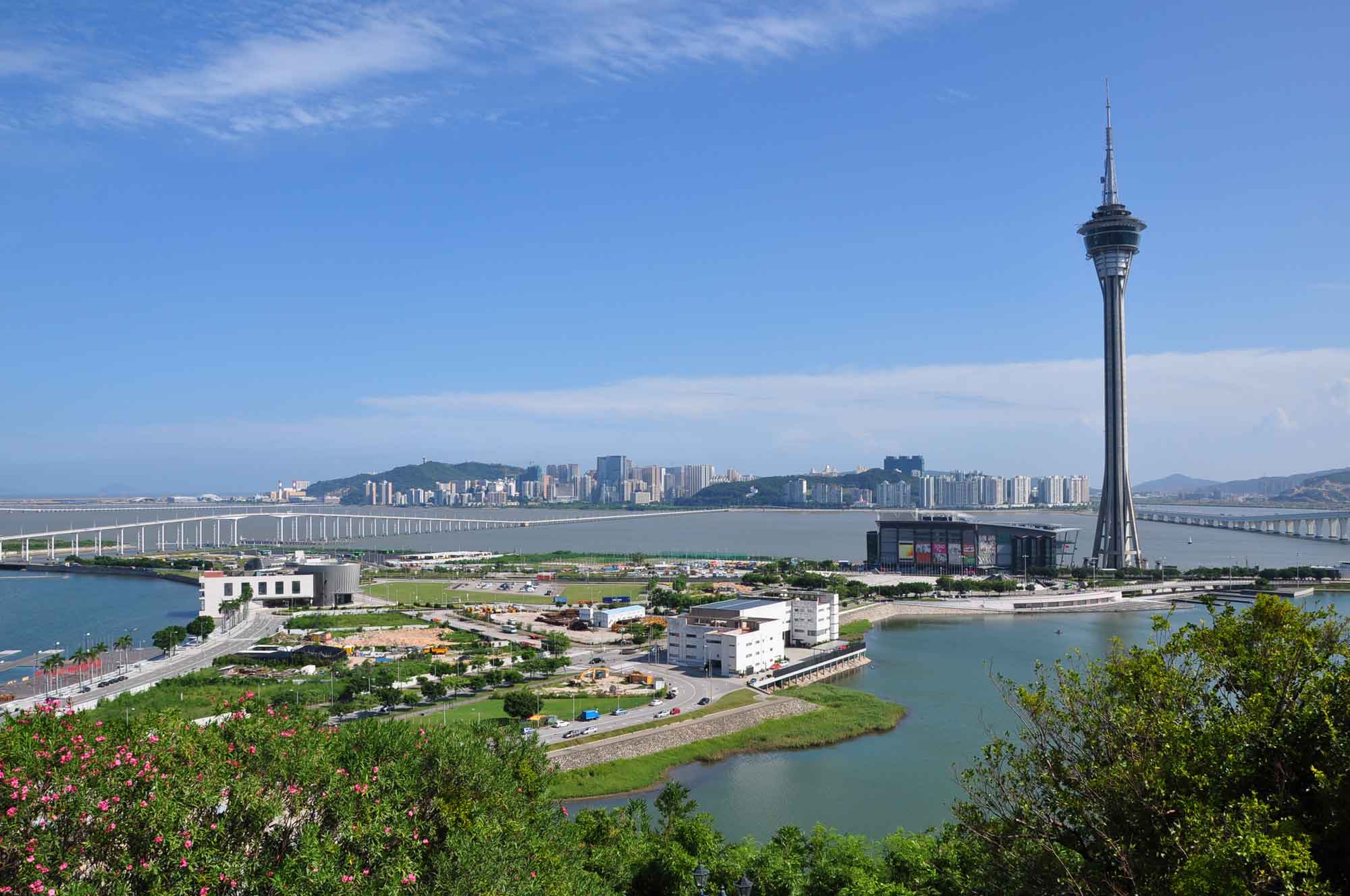 The only reasons to visit the Tower would be to take your children, or do some of the other extreme activities offered by AJ Hackett like Bungee Jumping, Sky Jumping or Sky Walking.  For more information and prices, please follow the link to their website: AJ Hackett.

Apart from those two reasons, the Tower is kind of pointless.

For those traveling to Macau on the cheap, casino entertainment is sometimes mentioned as a possible thing to do, if for no other reason than because it’s free.

Both Galaxy and Wynn Macau have been putting on brief two to five minute shows for years, but neither are worth your time.

The Wynn Macau water show isn’t half bad, especially when it spurts fire at night, but again, it’s not a must see by any means.

The best free casino entertainment is the Crazy Paris show at the Grand Lisboa.  Not to say that’s it’s absolutely amazing or anything, but the way some of those girls work the pole in G Strings is straight out bitching.  The new cable car attraction at Wynn Palace also lets people on free of charge if you only do half a loop, so that might work too if you’re in the area.  (The only downside to that, of course, is that you’ll be stranded in a hotel that sucks.)

On the whole though, free casino entertainment in Macau is substandard because the vast majority of casinos simply don’t do anything at all.  The Vegas of the East, in some ways, it most certainly is not.