You only turn 34 once.  The 17th of August is my birthday and I was going to celebrate it in fine style.  I began first though by taking Mu Yi to my summer home.

Mandarin House is one of the better UNESCO 25 Heritage sites, located near Lilau Square and the Moorish Barracks, on the southern tip of the island.  It was the home of prominent 19th Century author Zheng Guanying (1842-1921), who wrote the critically acclaimed Shengshi Weiyan (Words of Warning in Times of Prosperity) in the 1890’s. 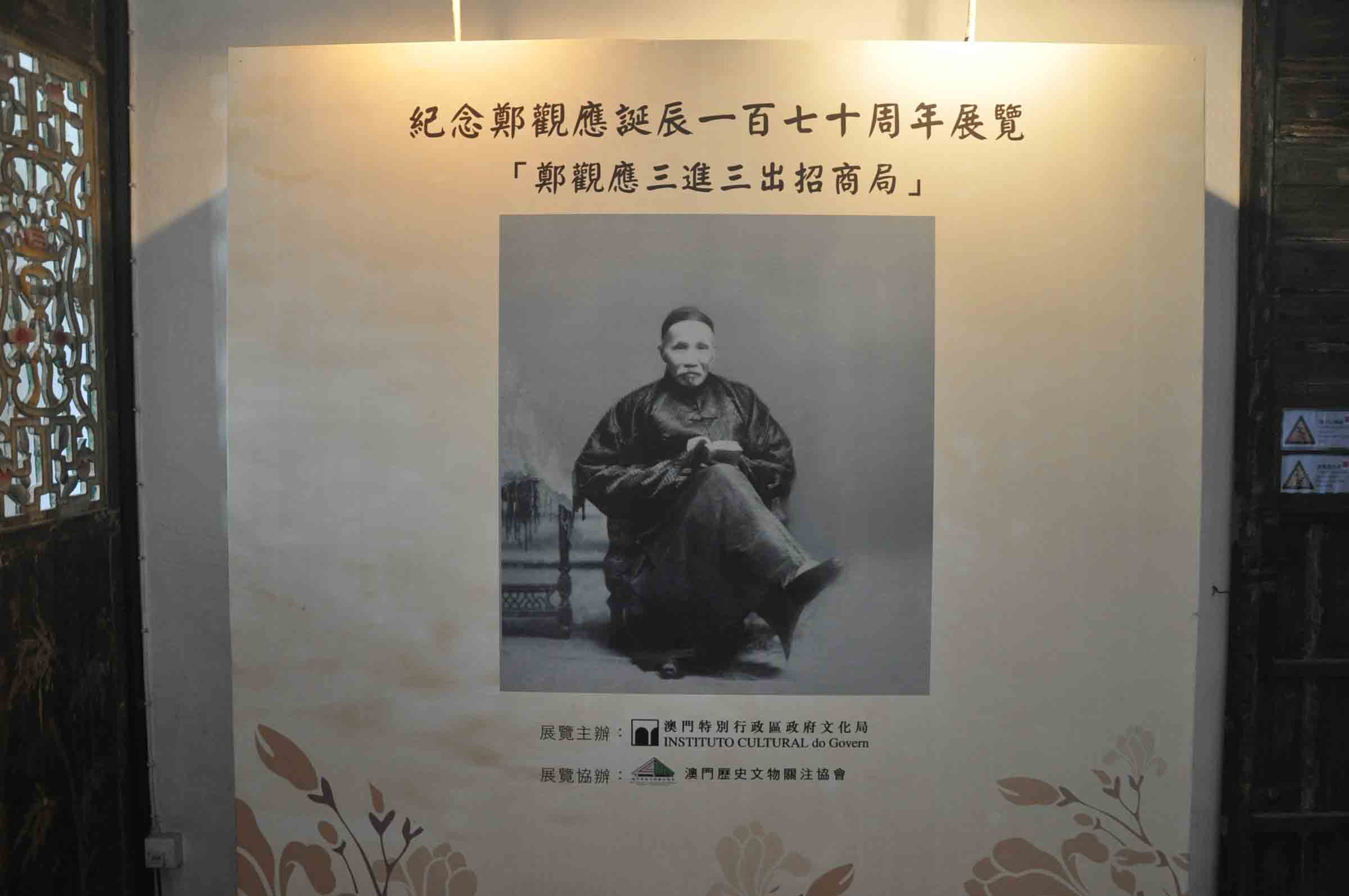 In it he argued that in order for a country to become strong, it needed to create wealth, and wealth came from education, industrial development and political reform, very sound advice for the moribund Qing dynasty who were still stuck in 1755. 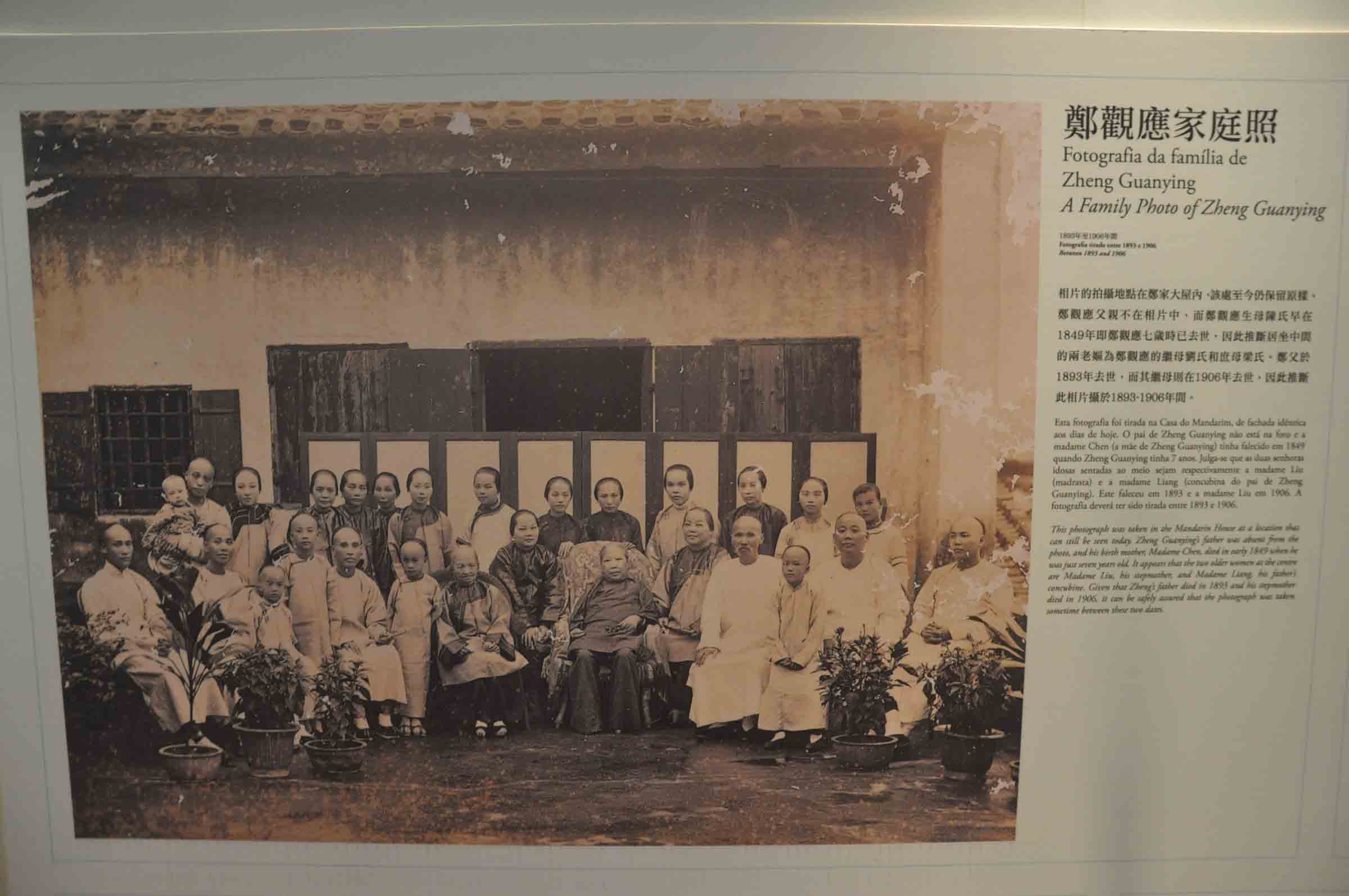 With a size of 4000 square meters, Mandarin House is the largest residential complex in Macau and has more than 60 rooms.  Construction began in 1869 by Zheng’s father and then was enlarged in subsequent generations by he and his brothers. 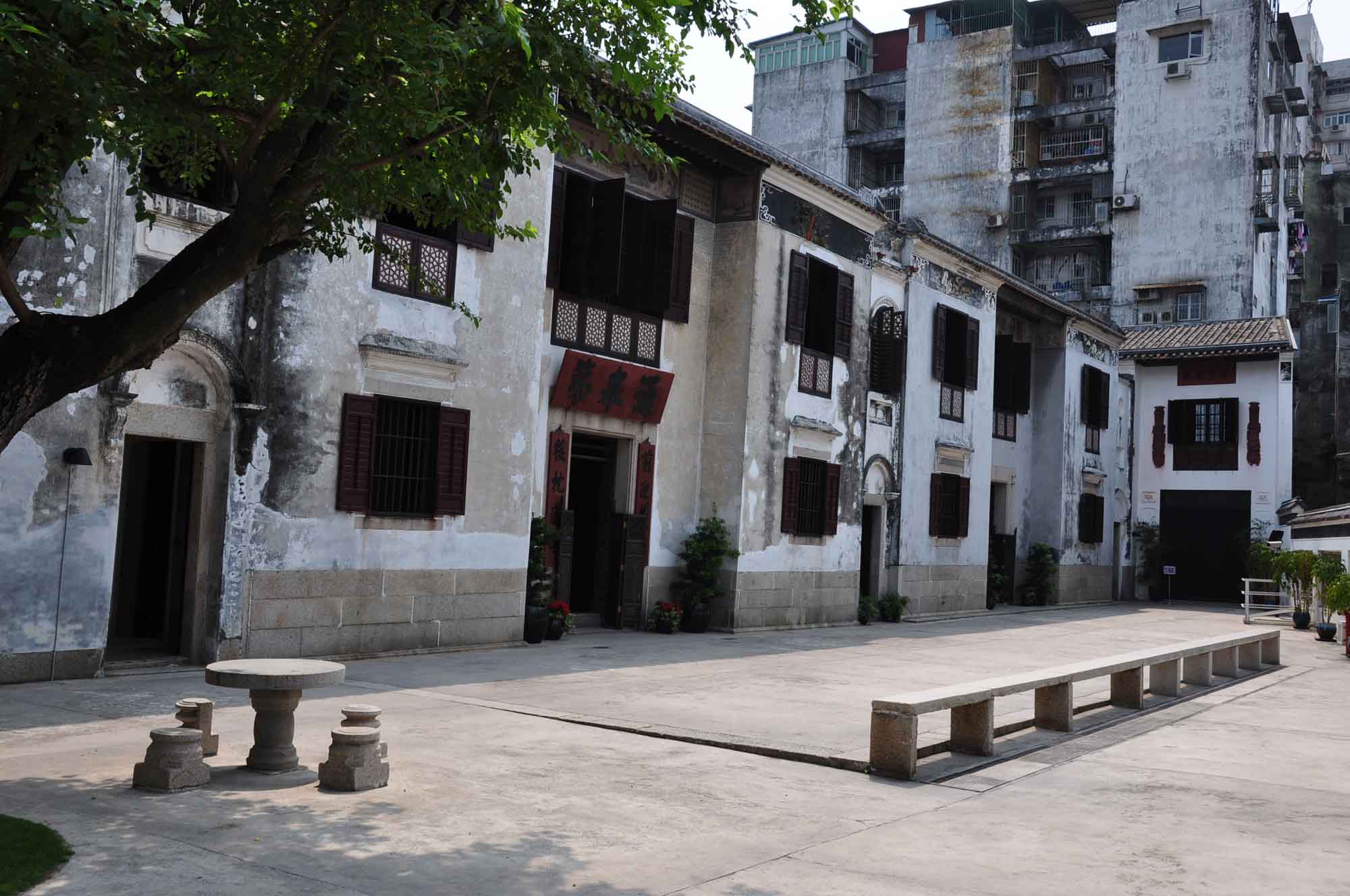 In the 1950’s and 60’s, most of Zheng’s descendants moved out, and rooms in the mansion were rented out.  At its peak there were over 300 families living there, and the sheer number of tenants took a large toll on the property. 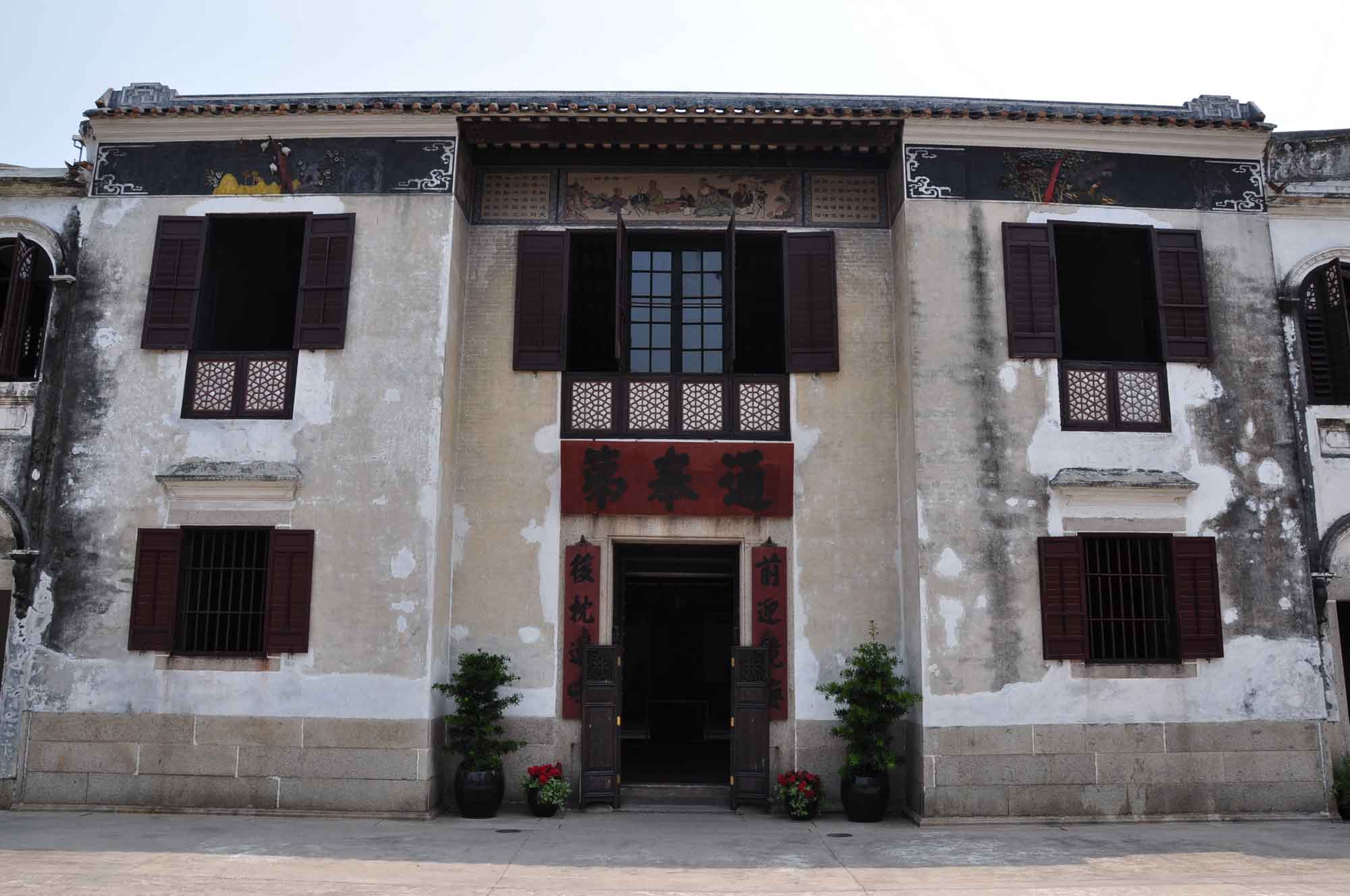 When the Macau government assumed ownership in 2001, more than 80% of the Mandarin’s House was damaged in some way.  It took eight years of continuous renovation to restore the mansion to its original condition. 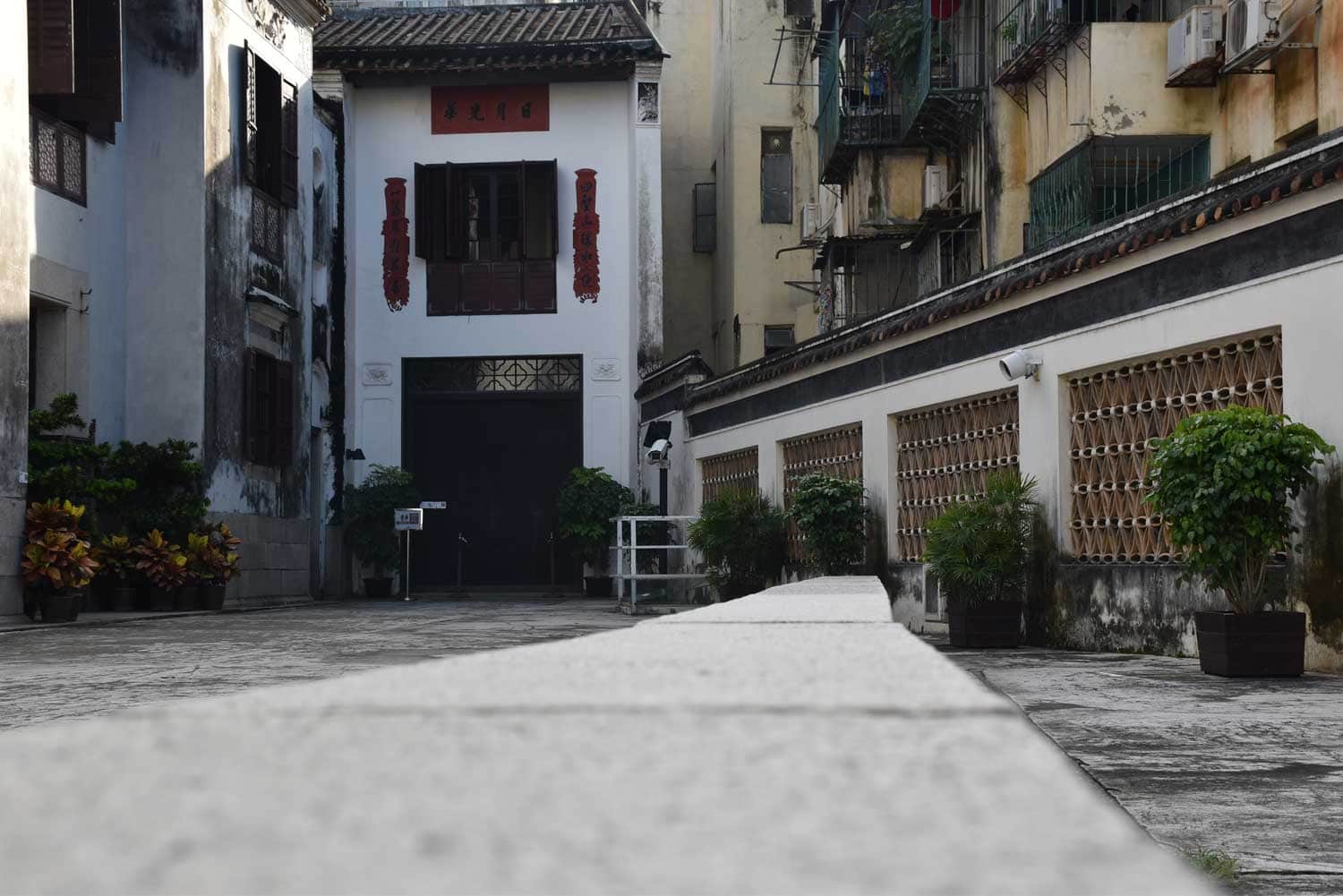 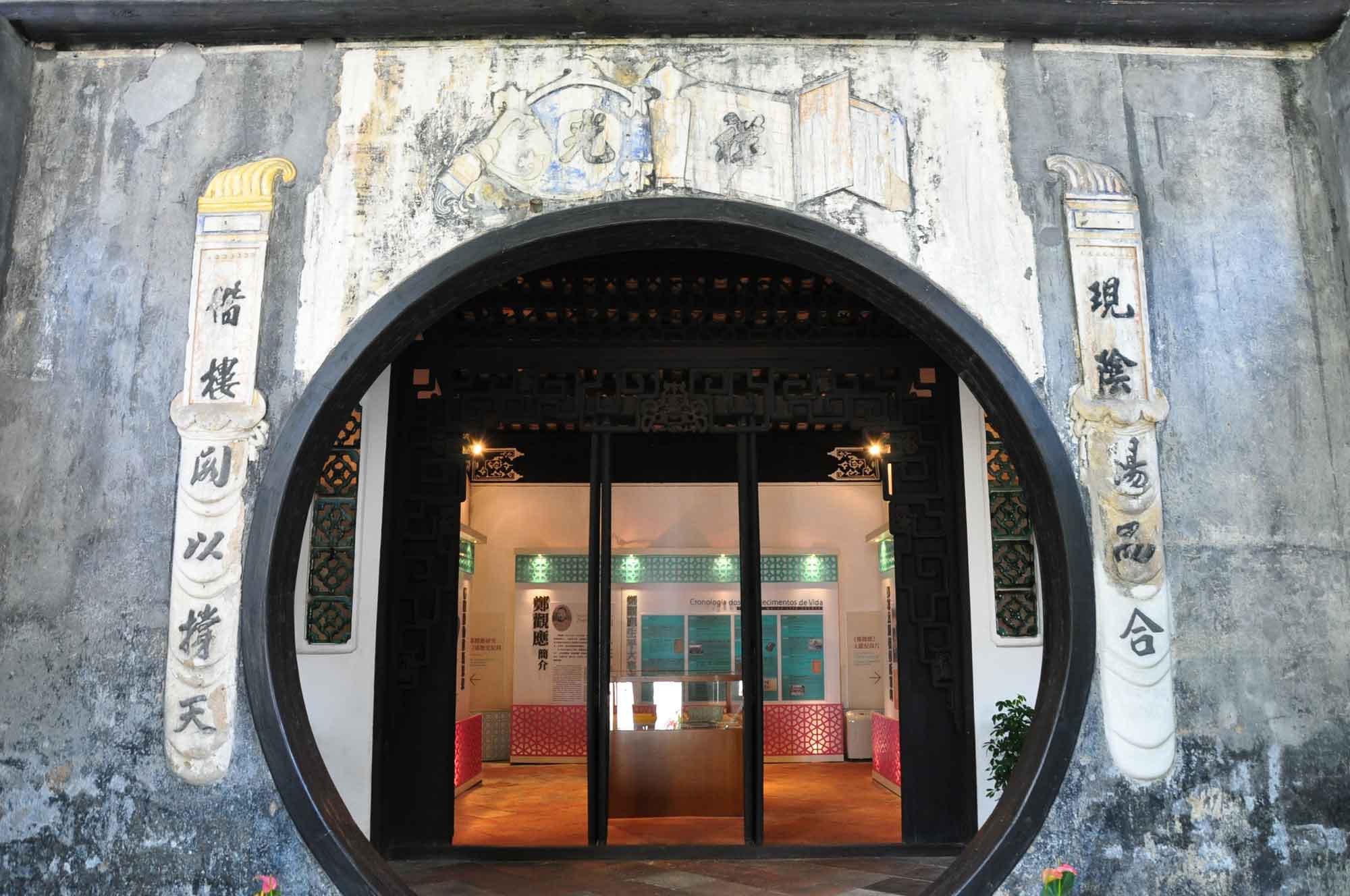 Many of the rooms now house exhibitions and displays giving visitors more information about the building’s background and history.  Guided tours are also available on the weekend, but they’re only in Cantonese, so make sure to bring a Chinese friend with you to translate. 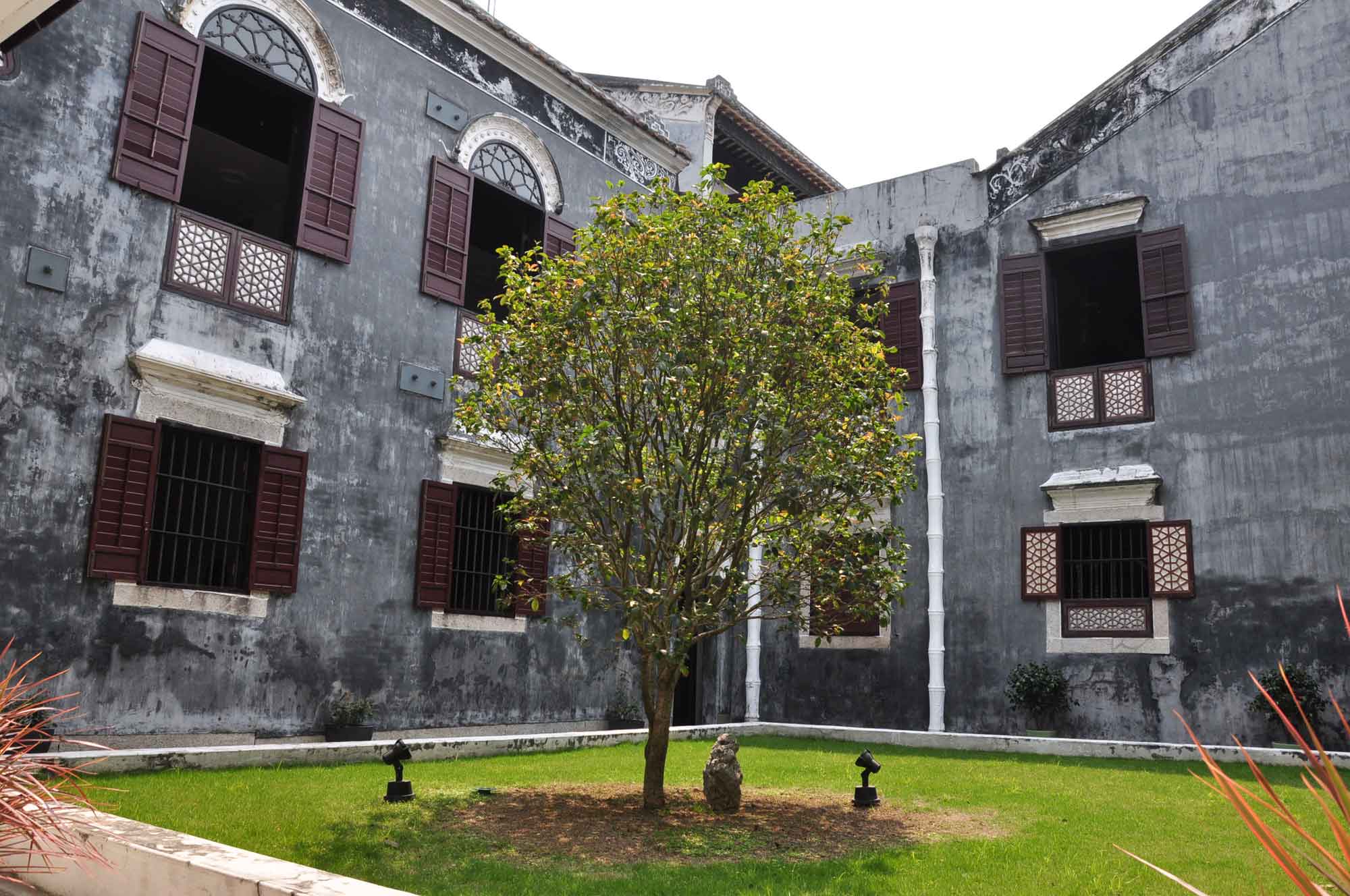 Mu Yi and I spent over an hour there, happily wandering from room to room, floor to floor, checking out all of the exhibits.  One problem I have with old buildings like this is in China is that most of the rooms and hallways are empty.  Mandarin’s House is supposed to be a home, but doesn’t feel like one. 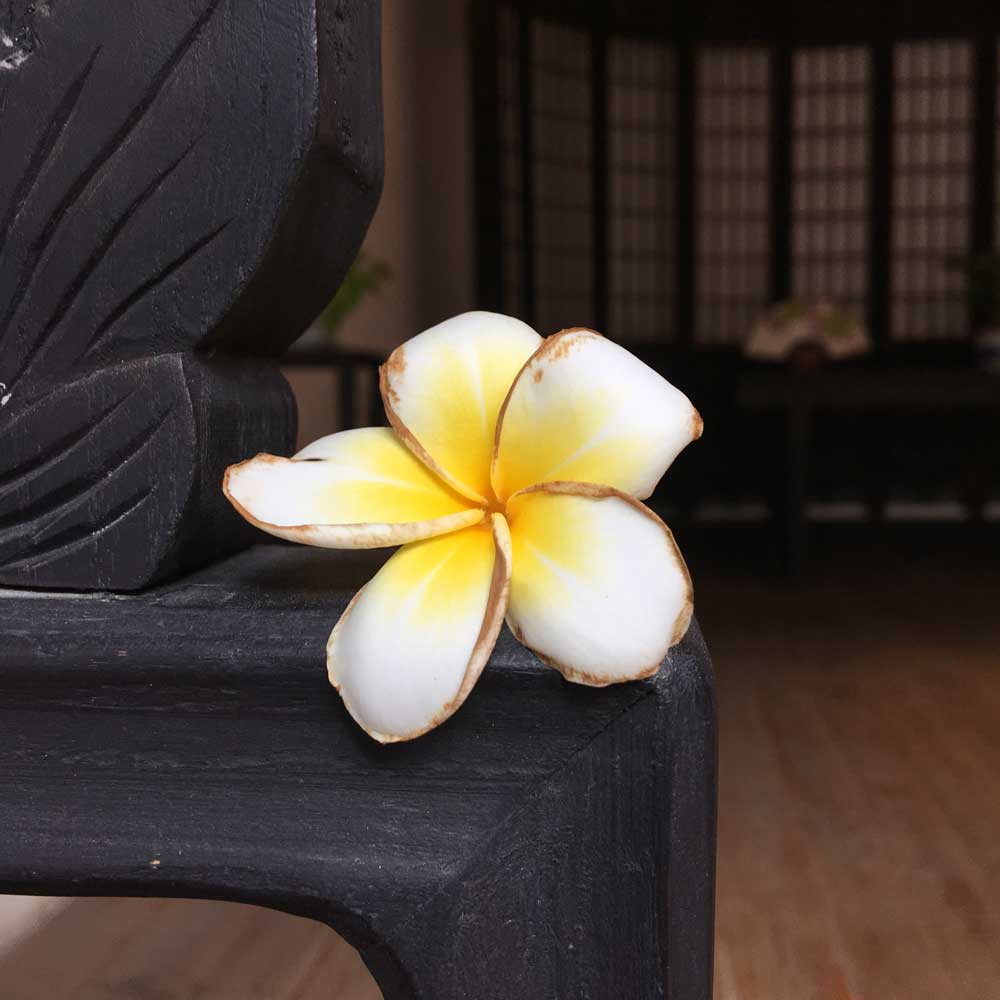 Instead, there’s an overwhelming feeling of space and no real intimacy, which dampens the experience a little.  If 6 or 7 rooms were properly furnished with replica artwork, cabinets, tables, beds, dressers etc then it would have been a lot better.  I think visitors would then have a much better sense of how opulent the mansion was and how wonderful it must have been to live there. 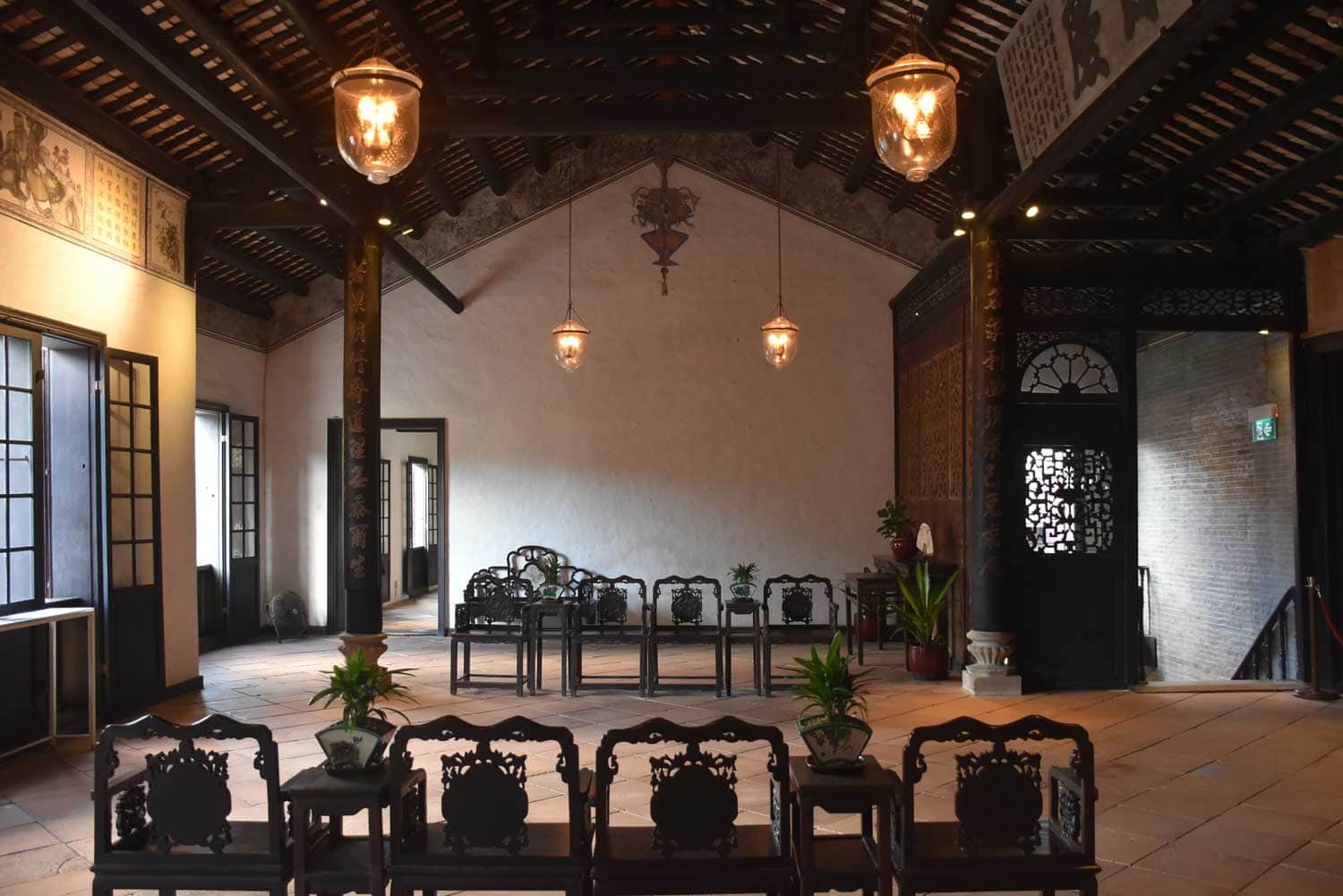 All nitpicking aside, Mandarin’s House is still a very worthwhile attraction, with a lot of things to see and learn.  Hours everyday are from 10 to 6, excluding Wednesdays, when it’s closed.  Best of all, admission is free.

Lunch was next and Mu Yi and I decided on the Landmark Hotel’s very popular Royal Orchid Chinese Restaurant.  When I updated the casino hotel review for the Landmark a few months ago, the manager of the restaurant told me that their dim sum lunches were the best in town, and that I should try it out one day. 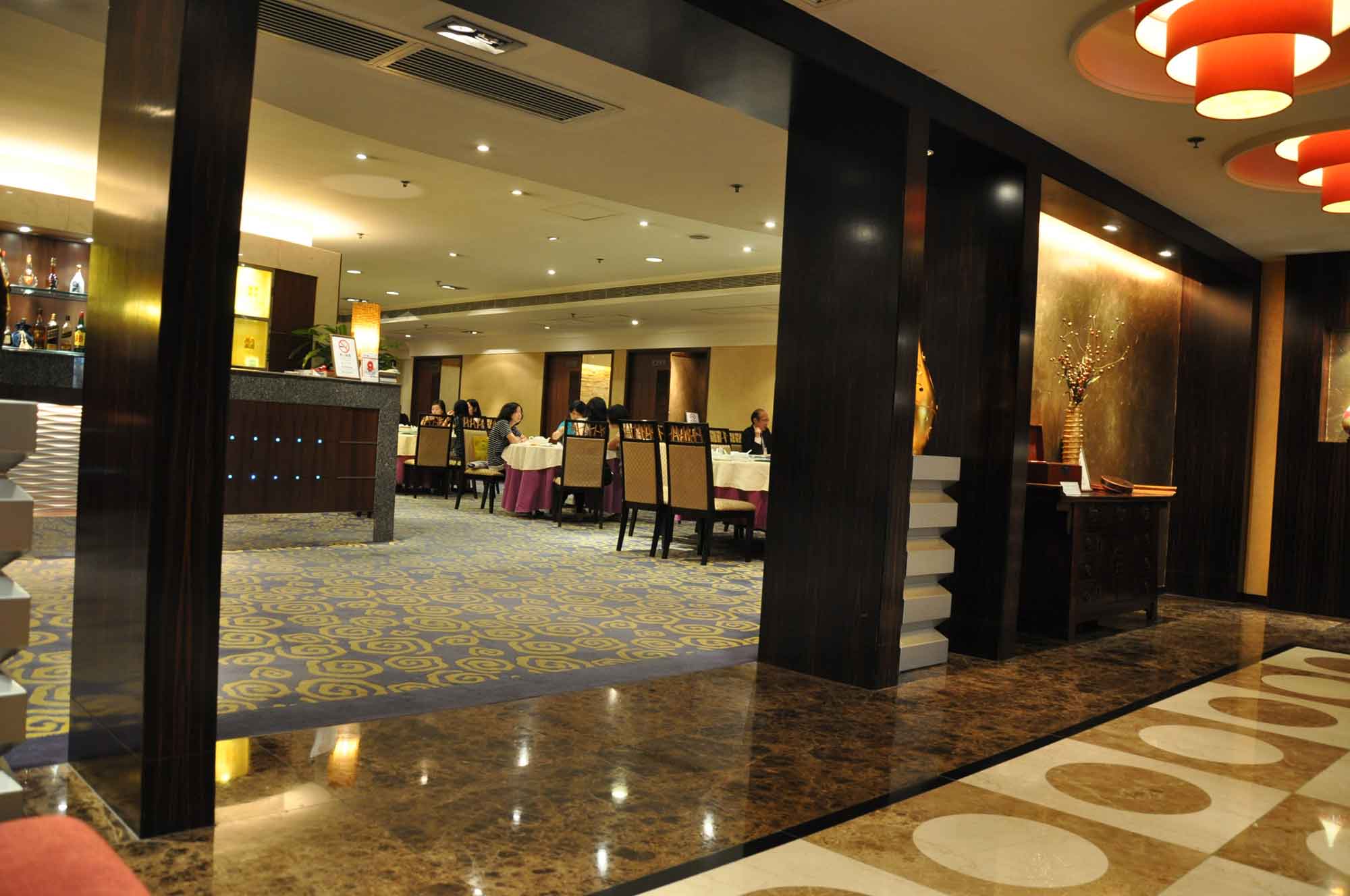 We then started chatting about other things, like my life and work, which for the Chinese invariably means talking about my family and whether I’m married or not.  When she found out I was still single, she immediately asked if I was interested in meeting any of their nice young waitresses.  She then pointed, rather indiscriminately, to two of them and said that one’s single, and so is she.  I scouted the talent for a second and liked what I saw, but thought better of it, since I didn’t actually live in Macau.  I did tell her, however, that I would try their lunch one day. 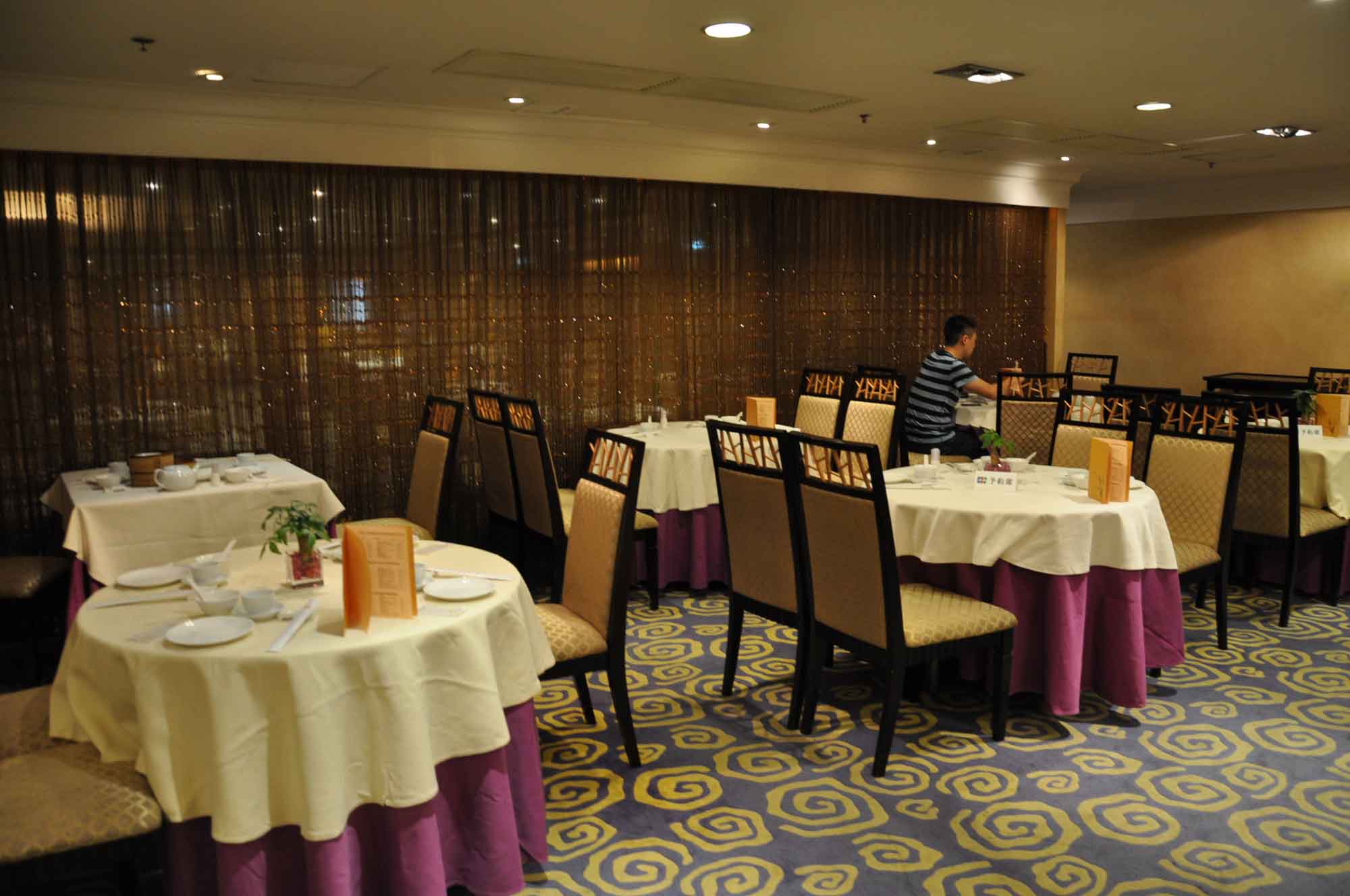 My birthday turned out to be that day.  I was disappointed not to see the nice manager again, so Mu Yi and I got straight to work on the dim sum menu instead.

Compared to what we had at Long Wa, the dim sum at Royal Orchid was prepared with more skill and with more of an eye towards appearances.  It was also a little more expensive, but not overly so, averaging around $30 to $40 per piece.

I think as an introduction to dim sum, Royal Orchid makes a fine choice, and both Mu Yi and I enjoyed most of what we ordered, in particular the shrimp dumplings, spring rolls, fried leek pie and wonton soup.

The restaurant indeed got very full as the hour approached 1 pm, and I noticed one large table of 8 were taken care of especially well, including a personal visit by the head chef.  It all made a lot more sense after Mu Yi overheard one of them being addressed as Mr Ho and she even thought the eldest gentleman might have been Stanley Ho himself.  I quickly shot that down by saying that he hasn’t been seen in public for years and if he isn’t dead already he’s probably incapacitated at worst and in a real bad way at best, as brain surgery can be a bitch.

Besides that, the gentleman she pointed out was 70 at most and Mr Ho was 20 years older, and probably never made a habit of dining at Royal Orchid, even when in the best of health.  Still though, my heart did jump for a second when she first said that it was him, and that would have been quite the wild birthday present, to share the same room with the King of Gambling, the man who made Macau what it is today.

(Update: The Royal Orchid restaurant is no longer open.  For great dim sum in this part of town, try Campo de Dragon instead.)