For dinner that evening I was back near the Street of Happiness for Mou Kei, a seafood restaurant.

There isn’t much written in the guide book about Mou Kei, only that it’s been opened for over 60 years.  It originally was Mrs Lam’s husband’s family business, before being passed to her.  When Mou Kei first opened, there were only a few side dishes and no seafood.  In order to stay competitive, the menu was expanded and fish tanks were added outside the restaurant, a feature still retained to this day.  Mou Kei likes to keep it simple, that’s why they stick with the same tables and chairs they’ve used forever while old handwritten menus still cover the walls.  Mrs Lam didn’t know much about how to run a restaurant before taking it over, but now she’s an expert in the seafood business. 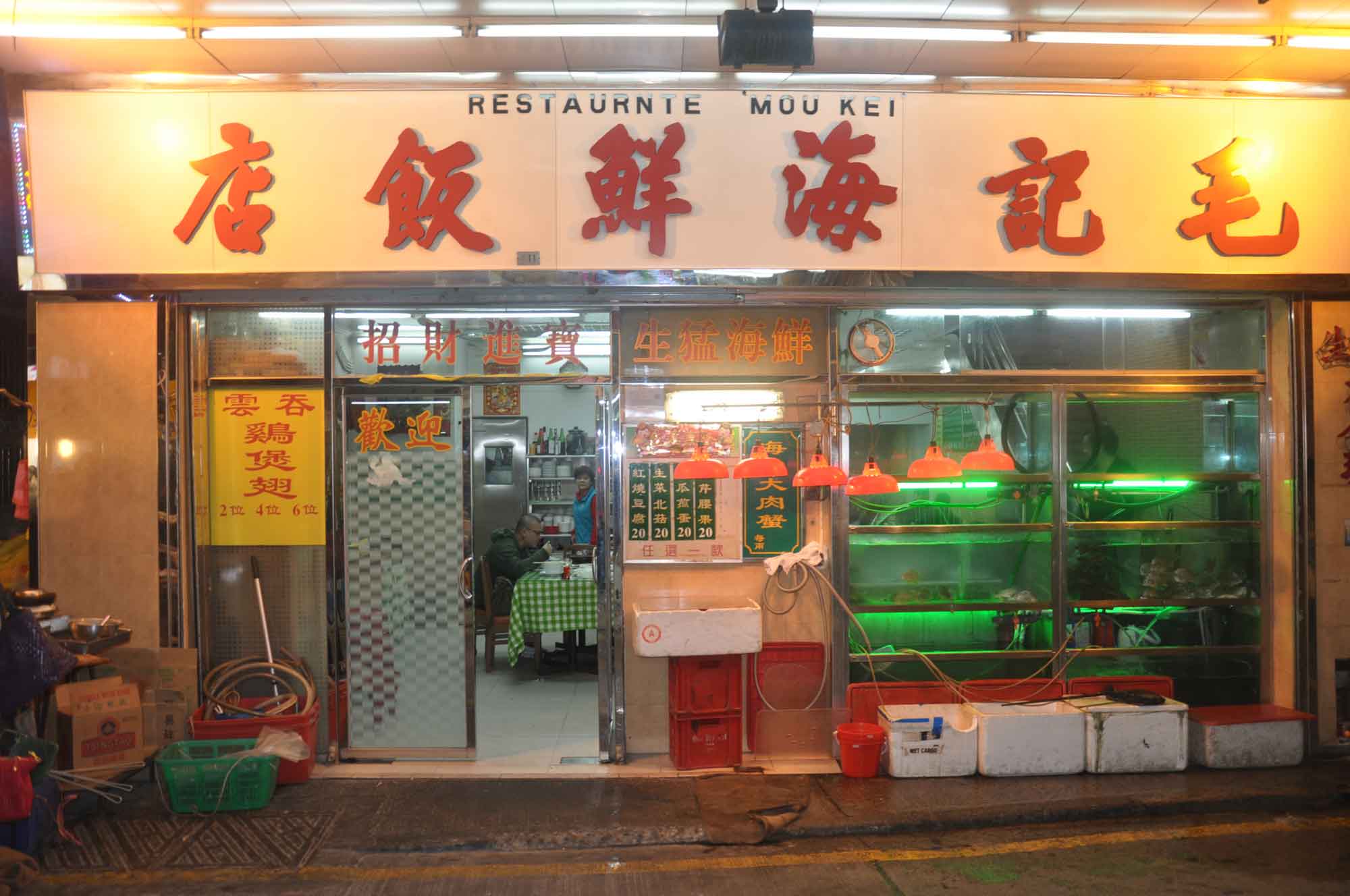 Mou Kei is on the same street as Fat Siu Lau and Tou Tou Koi, right around the corner from the San Va.  Doing a nice business when I arrived, all of the tables in the back were full so I took a seat near the front. 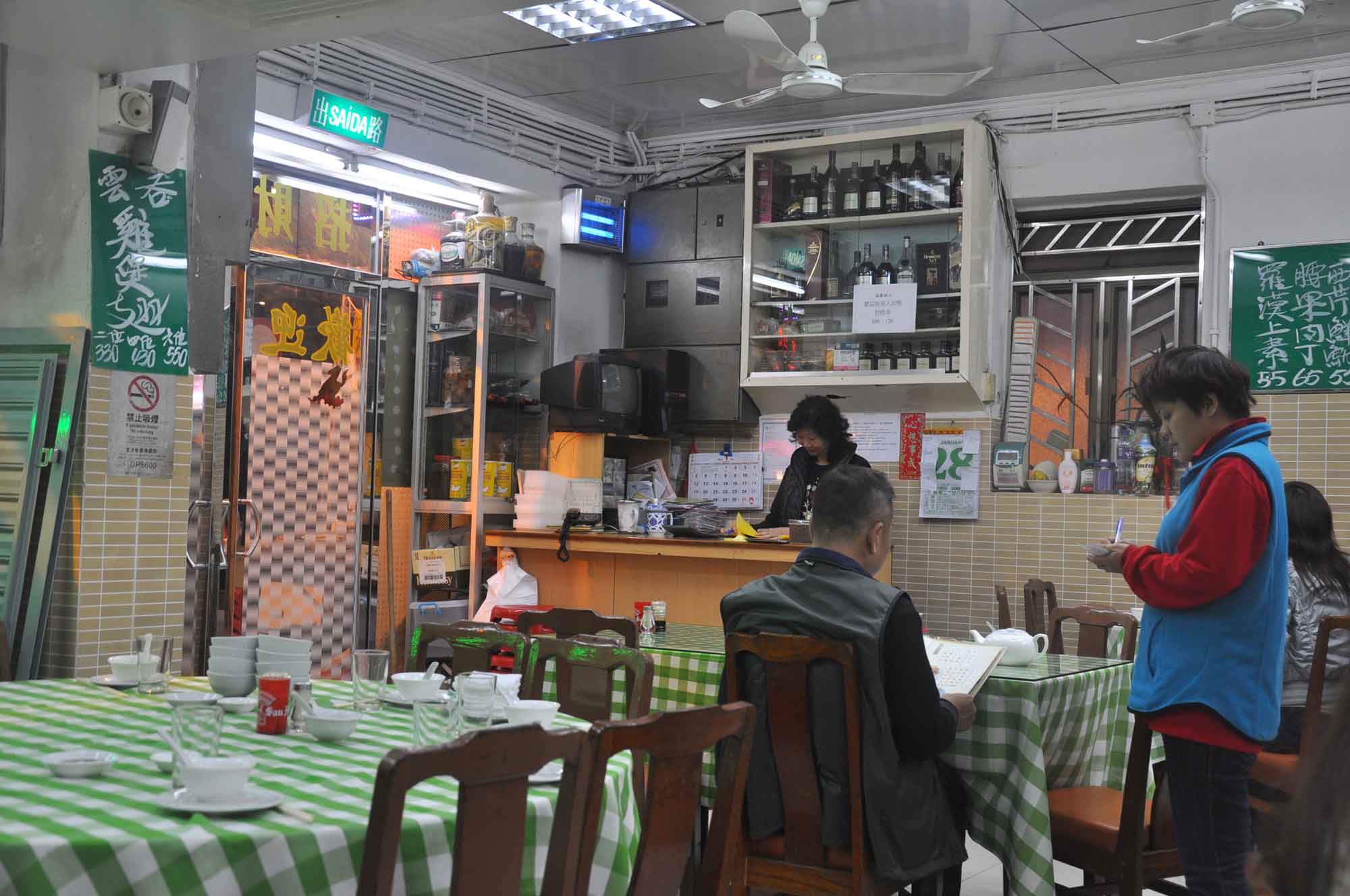 Besides seafood, Mou Kei also serves a good number of meat and vegetable dishes, but I decided to stick with the house special and went with lobster and fish, along with pork and vegetable soup.  Choosing the fish was an interesting endeavour, I had to go outside to the fish tank and pick the one I wanted, which was only done after confirming the price of course.  Never pick anything from a fish tank in Asia unless you know exactly what it costs, otherwise you may find yourself acquainted with their kitchen before the night is over.

The pork and vegetable soup came out first which was quite good followed by the lobster.

The lobster looked triple the size of the one I had a night earlier at Southwest, and the friendly waitress even helped me take it apart.  All throughout the meal she was very helpful and seemed genuinely happy every time I said thank you to her, reminiscent of my dining experience at Tou Tou Koi.

The fish came out last and with all due respect to the waitress at Southwest actually had taste, and was under $200 Mops at that, making it wonderful value.

I don’t think Mou Kei is the best seafood restaurant in Macau – that’s definitely He Fa – but I enjoyed my meal there and would go back again.  The service was really good and the restaurant was full of happy local families, always a high endorsement for any establishment in a tourist centric area.

I met Mrs Lam at the cash register and talked to her for awhile, telling her about my horrible experience at Southwest the evening before.  The look on her face was priceless, she just grimaced and asked why I’d ever go there.  When the bill came to $343, I said let’s make it $340 and she happily obliged.

In the battle of seafood restaurants around the Street of Happiness, Mou Kei obliterates Southwest ten ways to Sunday.