MGM has been putting Oktoberfest on in Macau for 11 years now, with the 2019 festivities running between October 17th and 28th at MGM Cotai. I’ve never heard anything positive about it before and only went this year because I got free admission tickets after eating lunch at Aji. 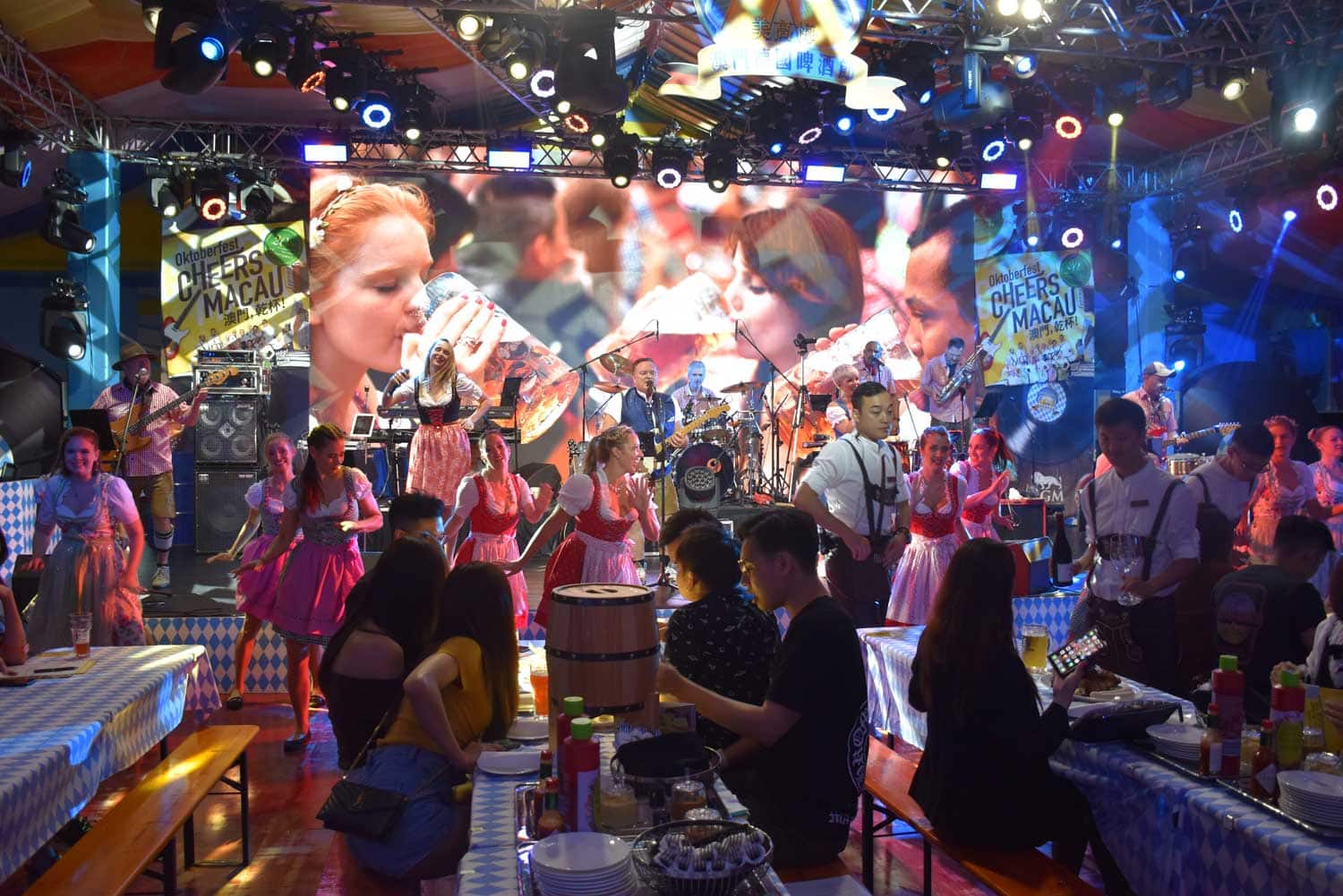 Going in, I didn’t know what to expect, but it was sure a hell of a lot more than what I ended up getting. Just like any celebration that’s copied and put on halfway around the world, MGM’s Oktoberfest is a sorry imitation of the real thing, and can best be summed up in three words: loud, lame, and dead. (And yes, that combination can exist!) 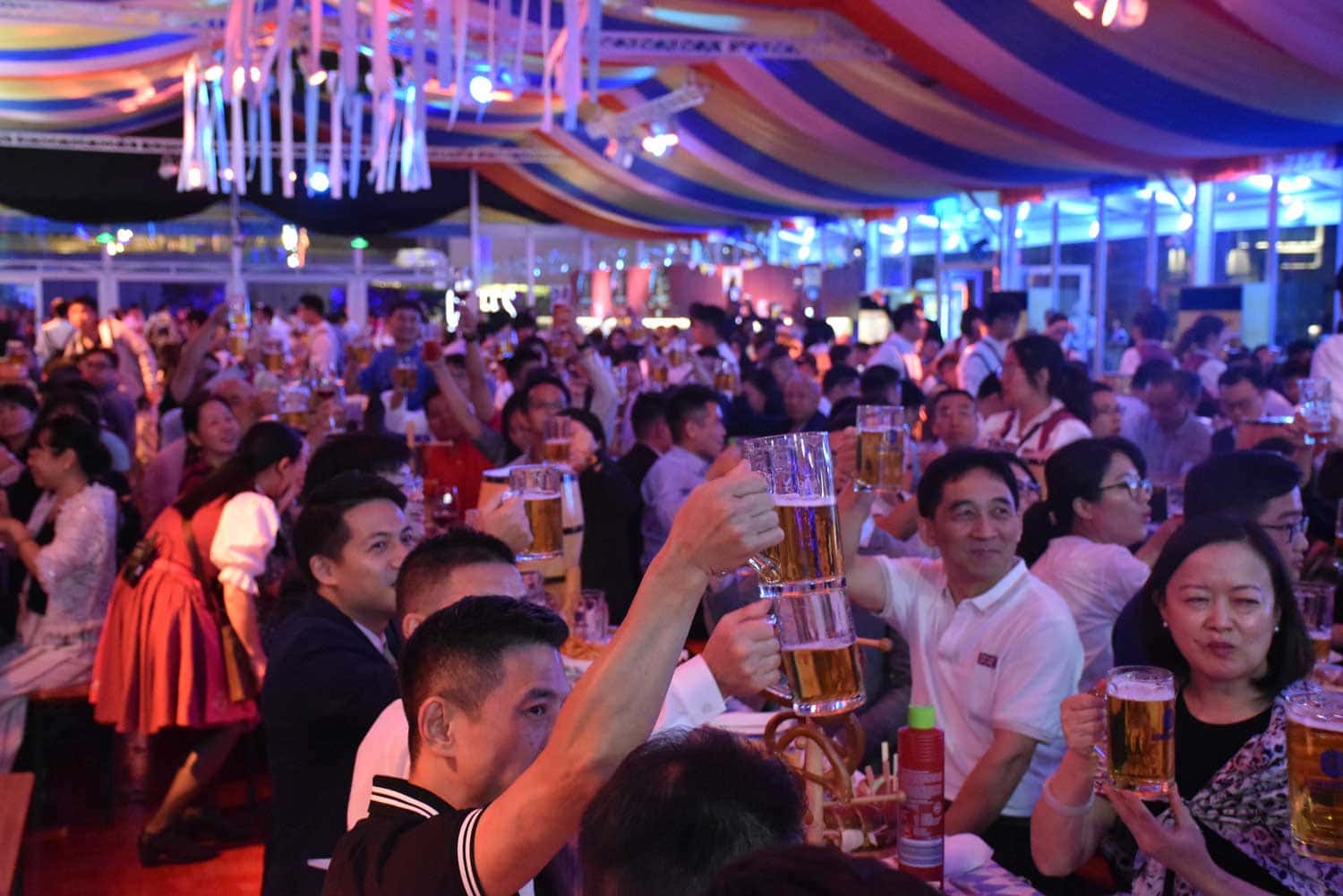 It’s also very expensive, with standard tickets running $180, and those don’t even give you anywhere to sit, just one free drink. Seats at tables cost more, with minimum spending per head set at $250, $350, and $450, depending how close you are from the stage.

The main draw for most people is undoubtedly the German food, which is no bargain either, given that Oktoberfest was originally conceived as a festival for the people. 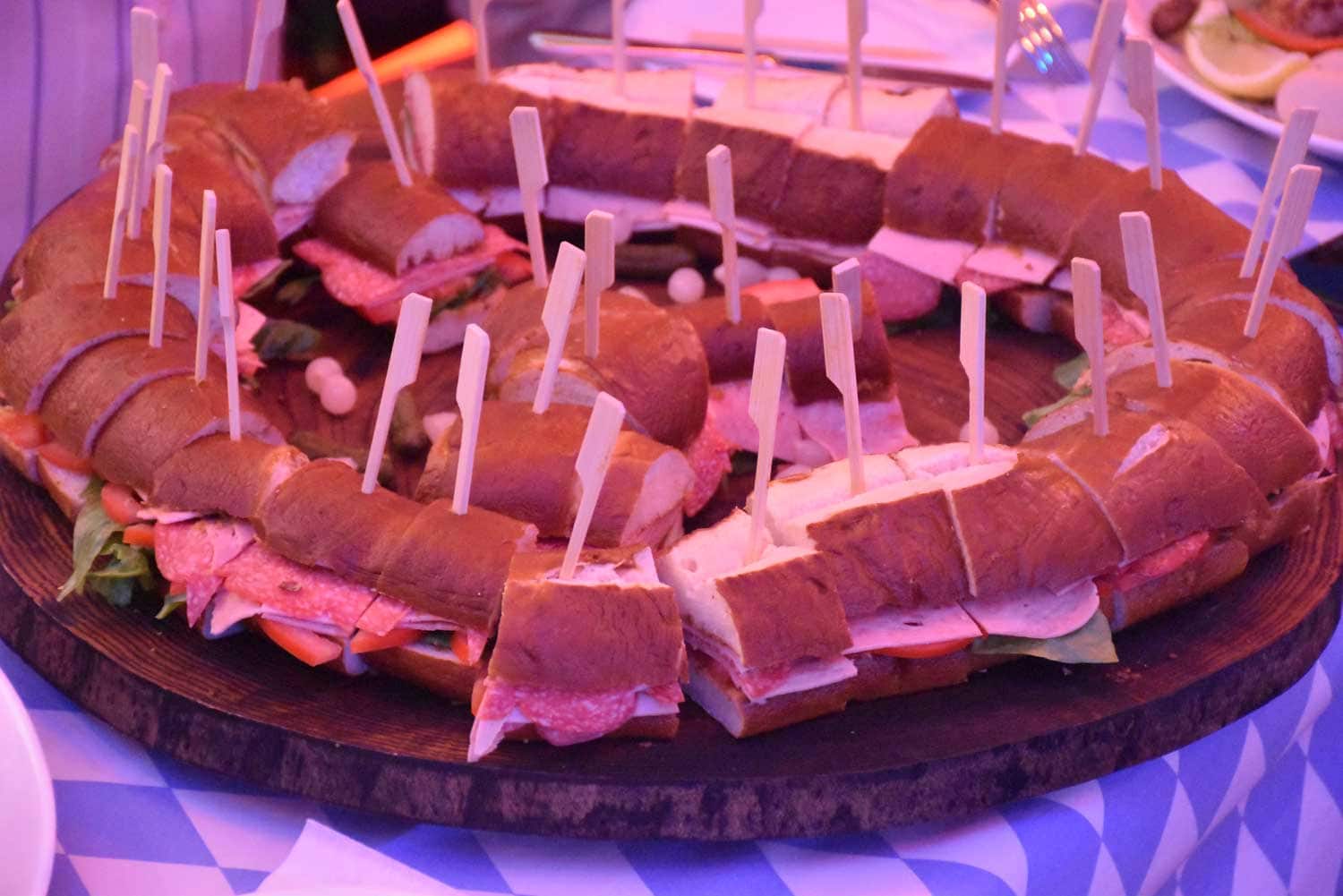 Combo platters run $440, while roasted pork knuckles and roasted Atlantic mackerel are both $260. There’s also a 2.5 kg Mega Pretzel sandwich for $480, a plate of Bavarian cold cuts for $220, and two sausages with sauerkraut for $110. 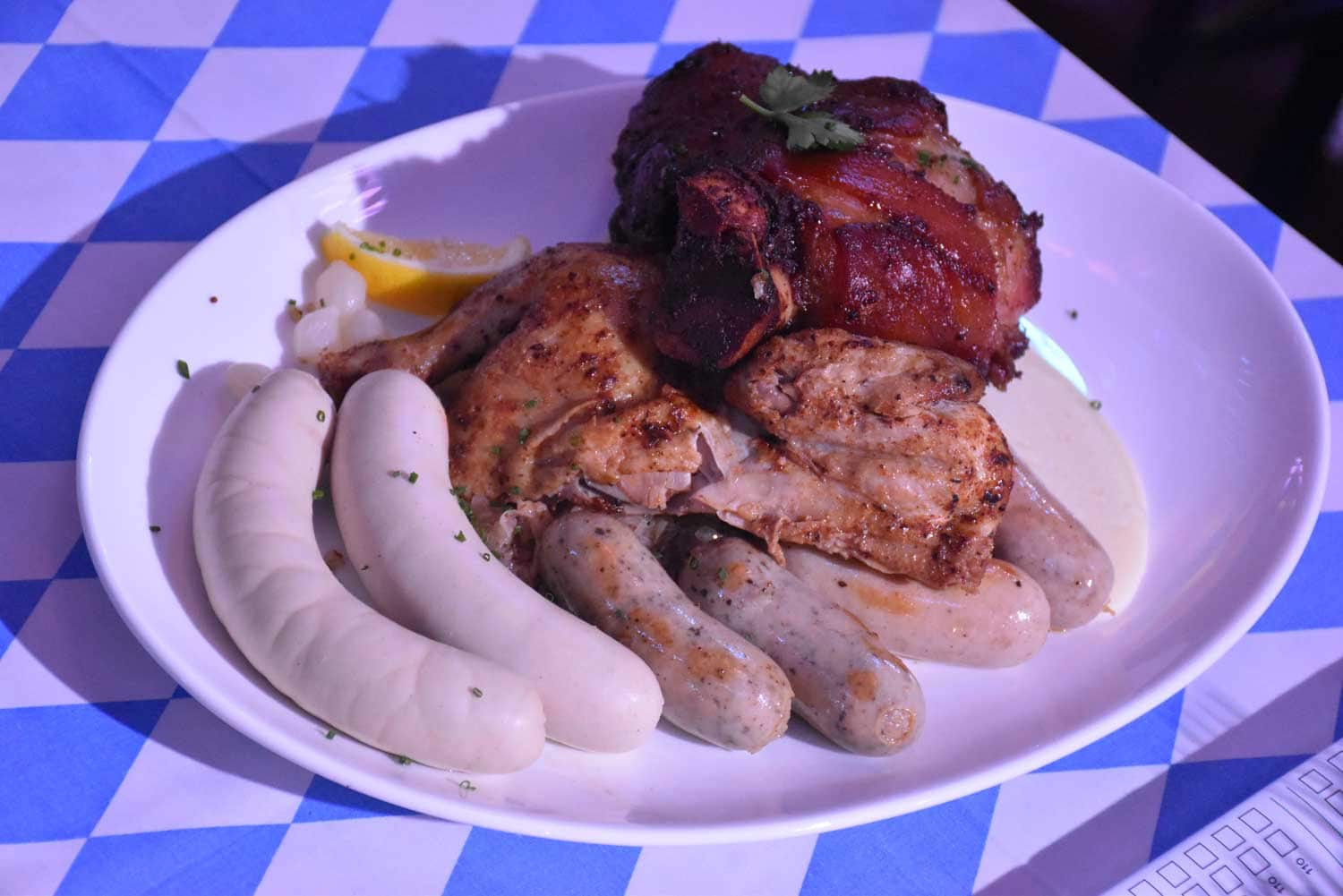 Add it all up and I’d imagine it’d cost $700 to $800 for a decent meal and 3 or 4 beers, which is just way too much. As I said above, festivals of this nature rarely work when taken on the road, and that goes double when it’s a beer celebration in Macau.

The tent was just table after table of middle aged people (and I mean people even older than me!) sitting down eating their food, paying little attention to the live music or what anyone was doing on stage. There was no dancing, no singing, no mingling and no merriment, just an audience content to fill their face, drink a couple of token beers and get home by 9. 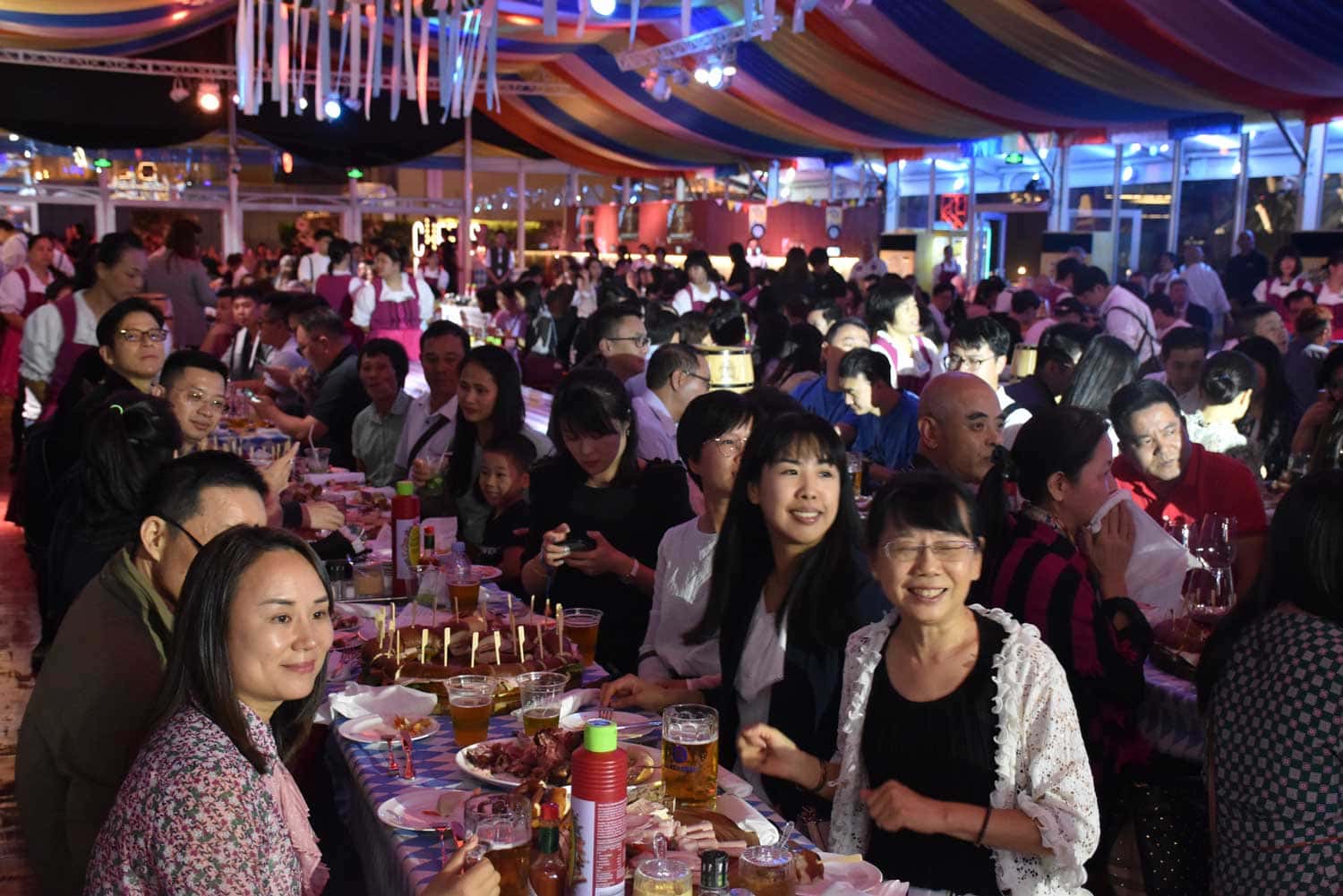 Festivals like this need juice, they need the 20 something and college crowd, they need Macau’s Filipino, Indonesian and Malaysian workers out in full force to show everyone how to get down. Unfortunately, all those groups got priced out of the action, and if Macau’s Oktoberfest is anyone’s idea of a good time, they must have died 50 years ago. 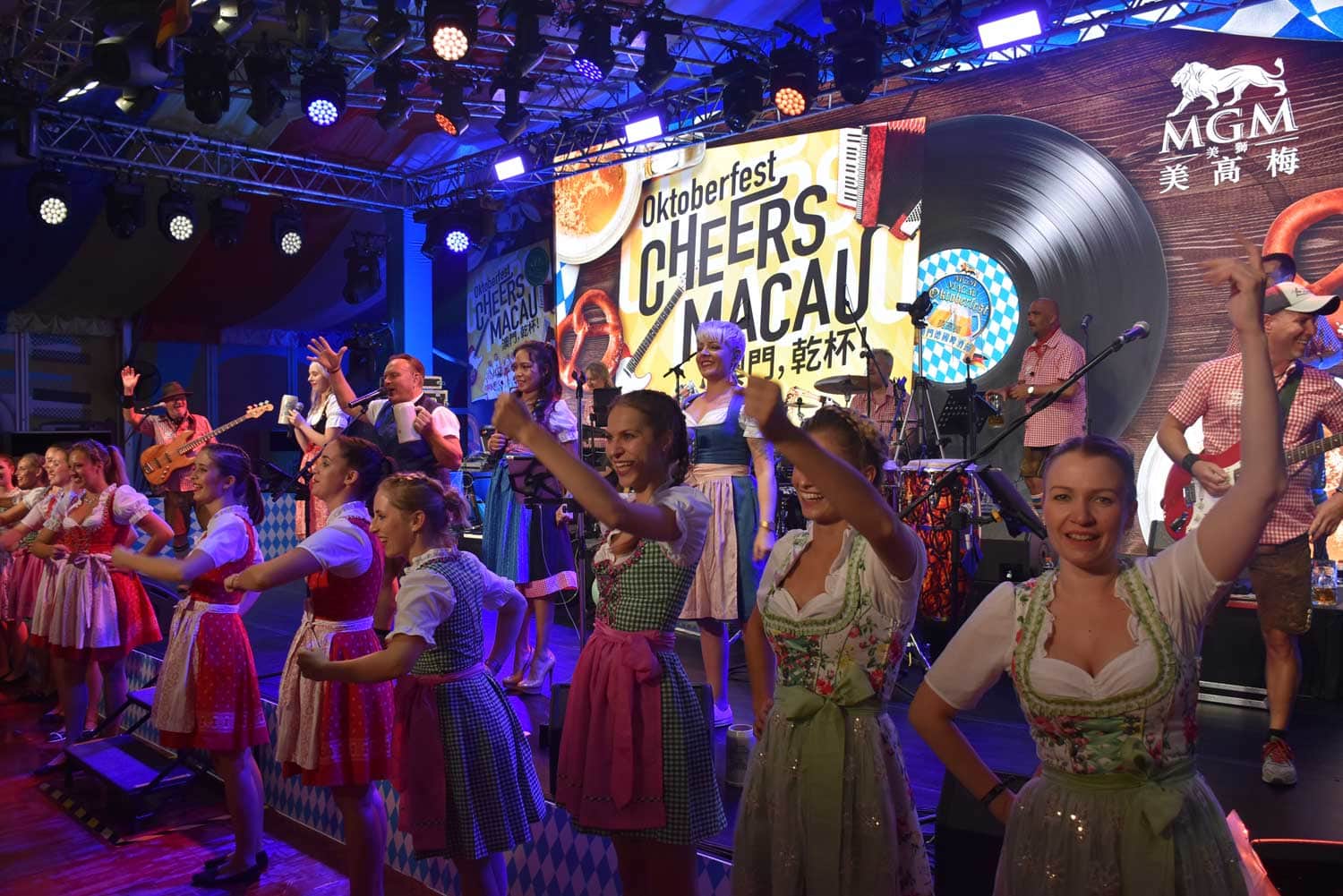 One thing’s for sure – I definitely won’t be visiting again.