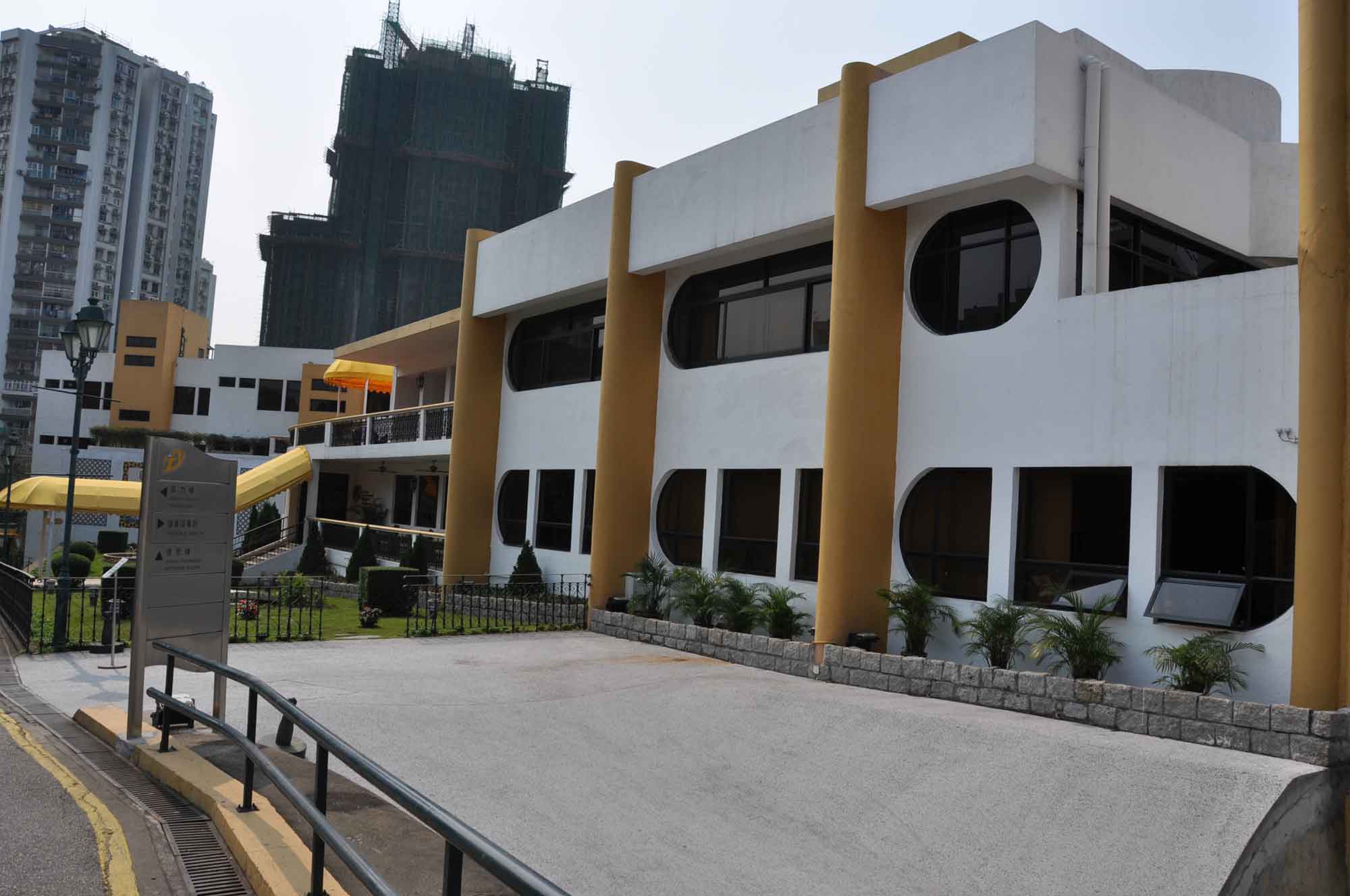 The second reason was the price.  Now if it were up to me, I would have just lived in the San Va like I always do and paid $140 a night (now $220!), but Mu Yi would have none of it.  She hates the San Va, and I can see her point.  The San Va is small, old, there’s no toilet in the room and if you have loud, inconsiderate neighbours you’ll be up all night.  The walls there are so thin I can honestly hear when people three doors down brush their teeth.  So due to Miss Mu Yi, we had to live somewhere nice. 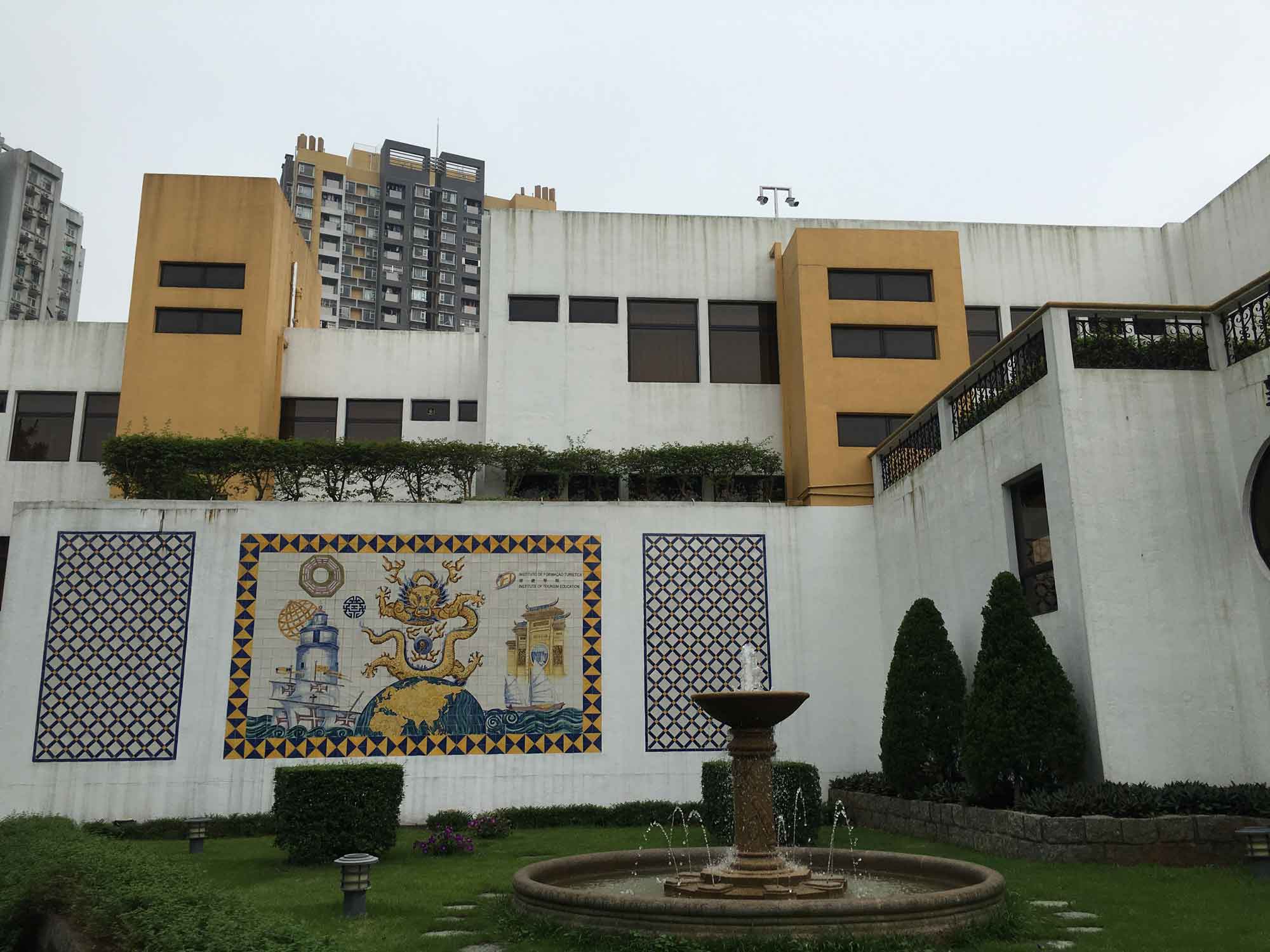 That kind of got me into a predicament.  Nice places in Macau cost money.  A lot of money.  Maybe a hotel like Casa Real or Golden Dragon is on the cheap end of the nice scale, but even those rooms still go for $900 to $1100 a night, and I didn’t want to spend that much.  Pousada de Mong Ha, on the other hand, is only $700 all tax included, which is dirt cheap for Macau.  Other room grades cost a little more, but not by much:

Prices include all tax and service charges.

Be forewarned, this hotel only has 20 rooms, so advanced booking online is a must.  For weekends and peak periods, rooms sometimes sell out 5 or 6 months beforehand. 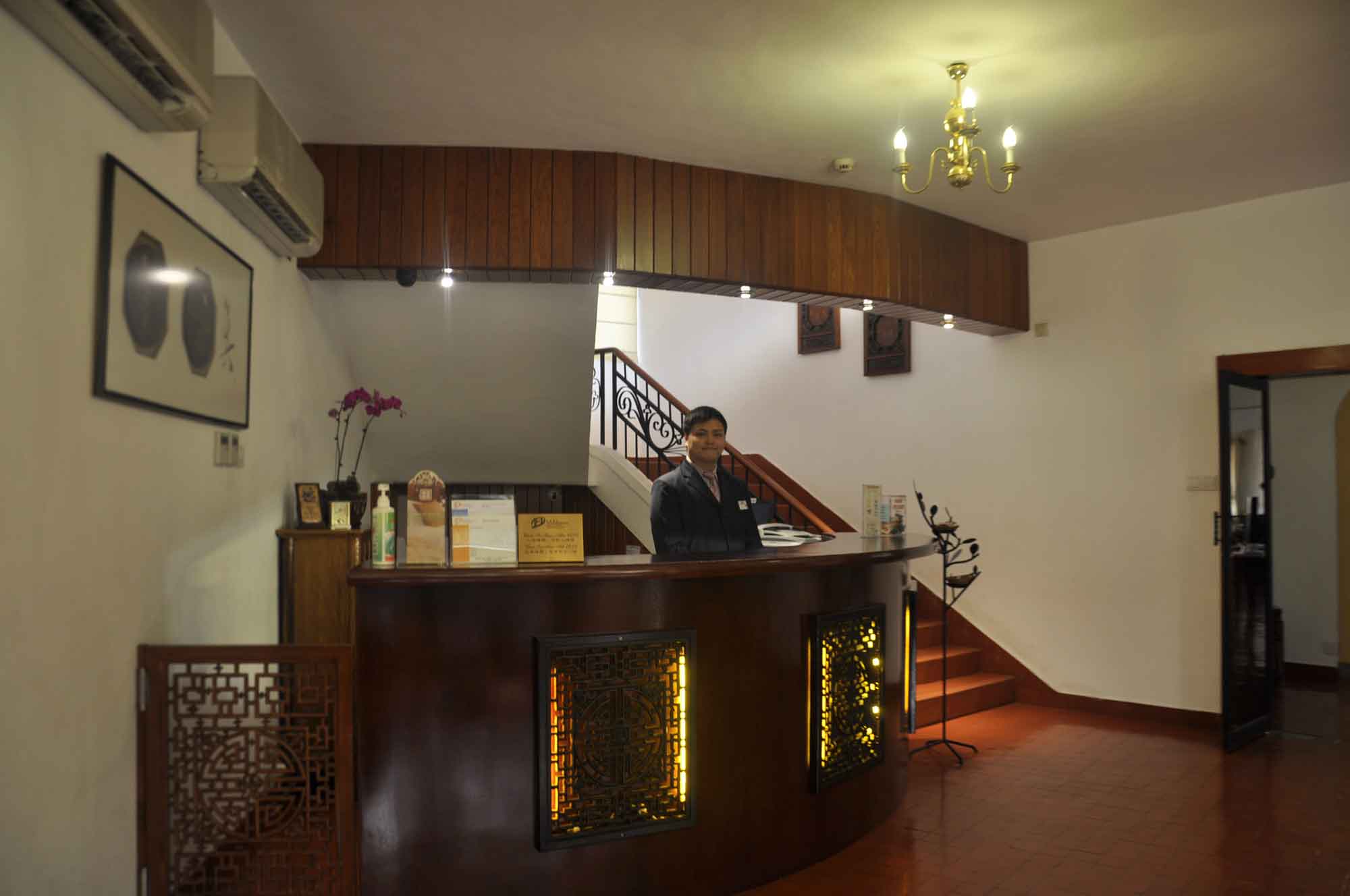 Pousada de Mong Ha is a little difficult to get to.  It’s nowhere near Avenue D’Amizade, San Ma Lo, or any of the UNESCO 25 sights.  It’s on the northern end of the peninsula, close to the Border Gate, halfway up a hill.  A taxi ride from the Lisboa, for example, might take 10 minutes and cost 40 MOP.  If you live there, cabs will probably be your main source of transportation, but I still think you should walk it.  The area around the hotel has lots of things to see, while the main drag around Senado Square is only about a half hour away. 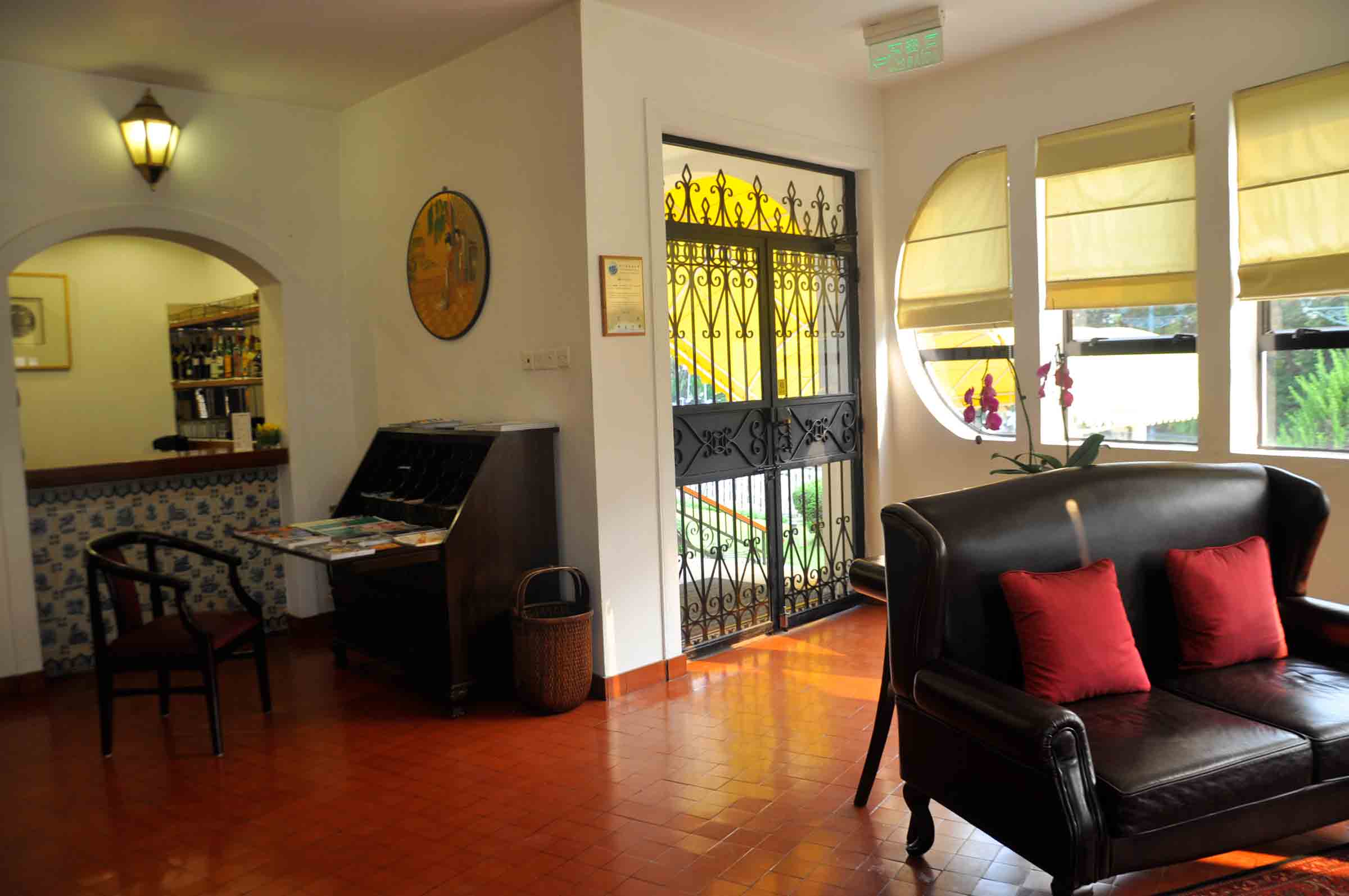 Both Mu Yi and I were very impressed with the hotel.  Cozy, unpretentious and thoroughly authentic, it’s what so many other places in Macau are not.  Portuguese styled pictorial tiles adorn the hallways while dark immaculate furniture lines the lobby and dining room. 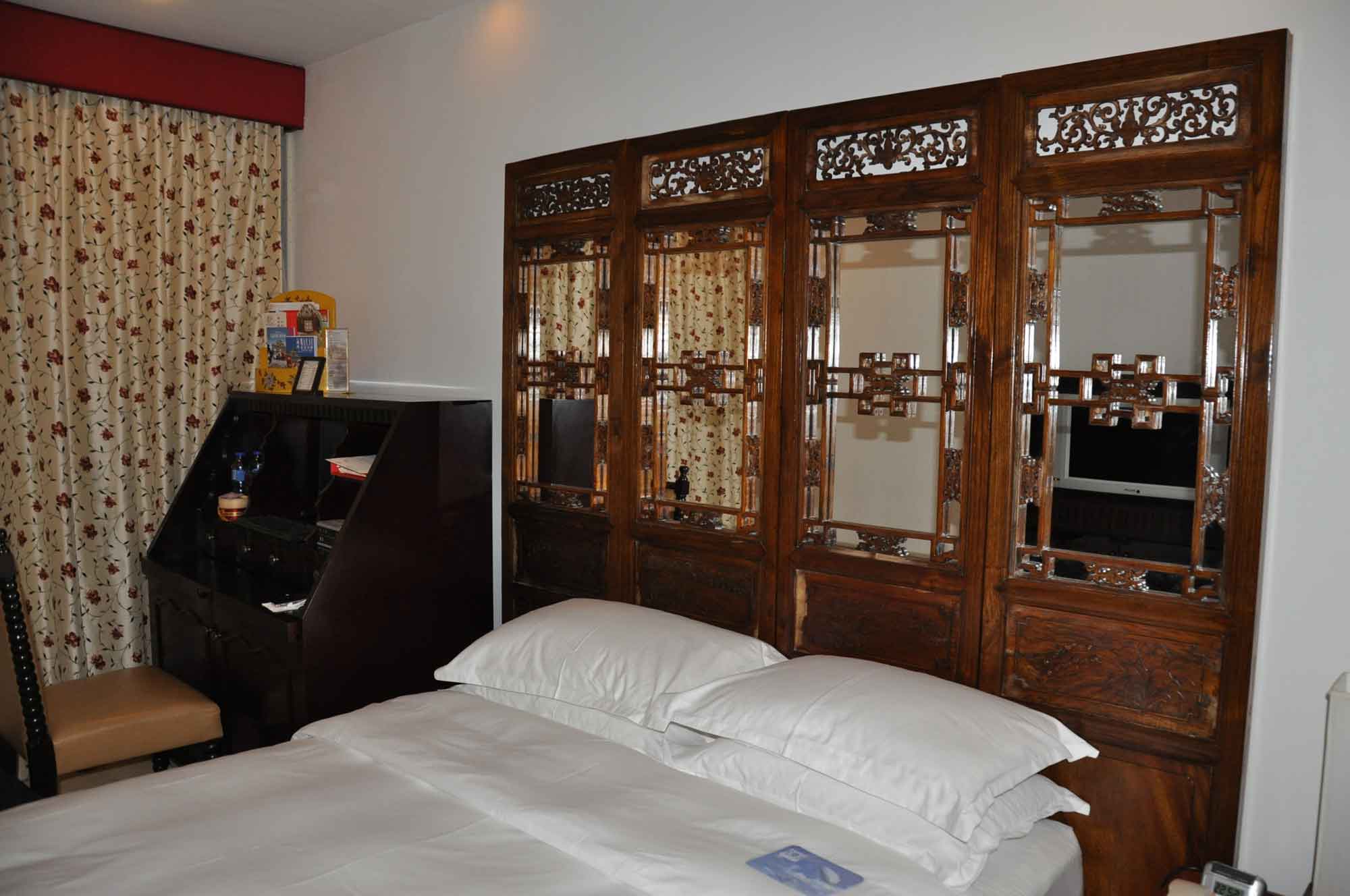 The rooms are warm and comfortable, outfitted with nice wood furnishings and finely crafted bedframes and mirrors. 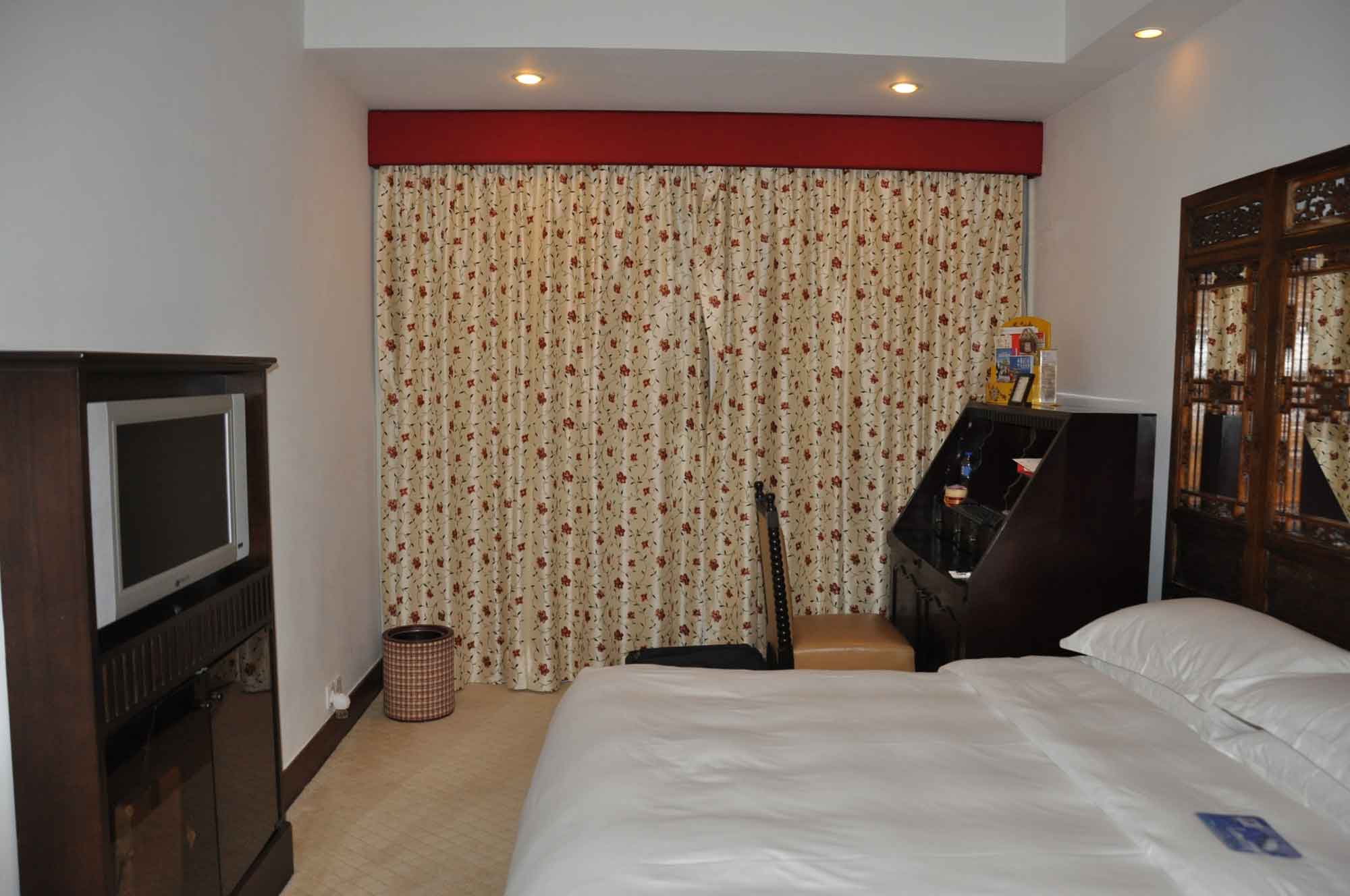 Pousada is also attached to a school in some capacity, so all of the employees are actually students in training, which means they are very eager to please and prove themselves.  All throughout our stay, we were constantly impressed with their enthusiastic and friendly manner.  I should say none of it came as any surprise though, since everyone online raves about them. 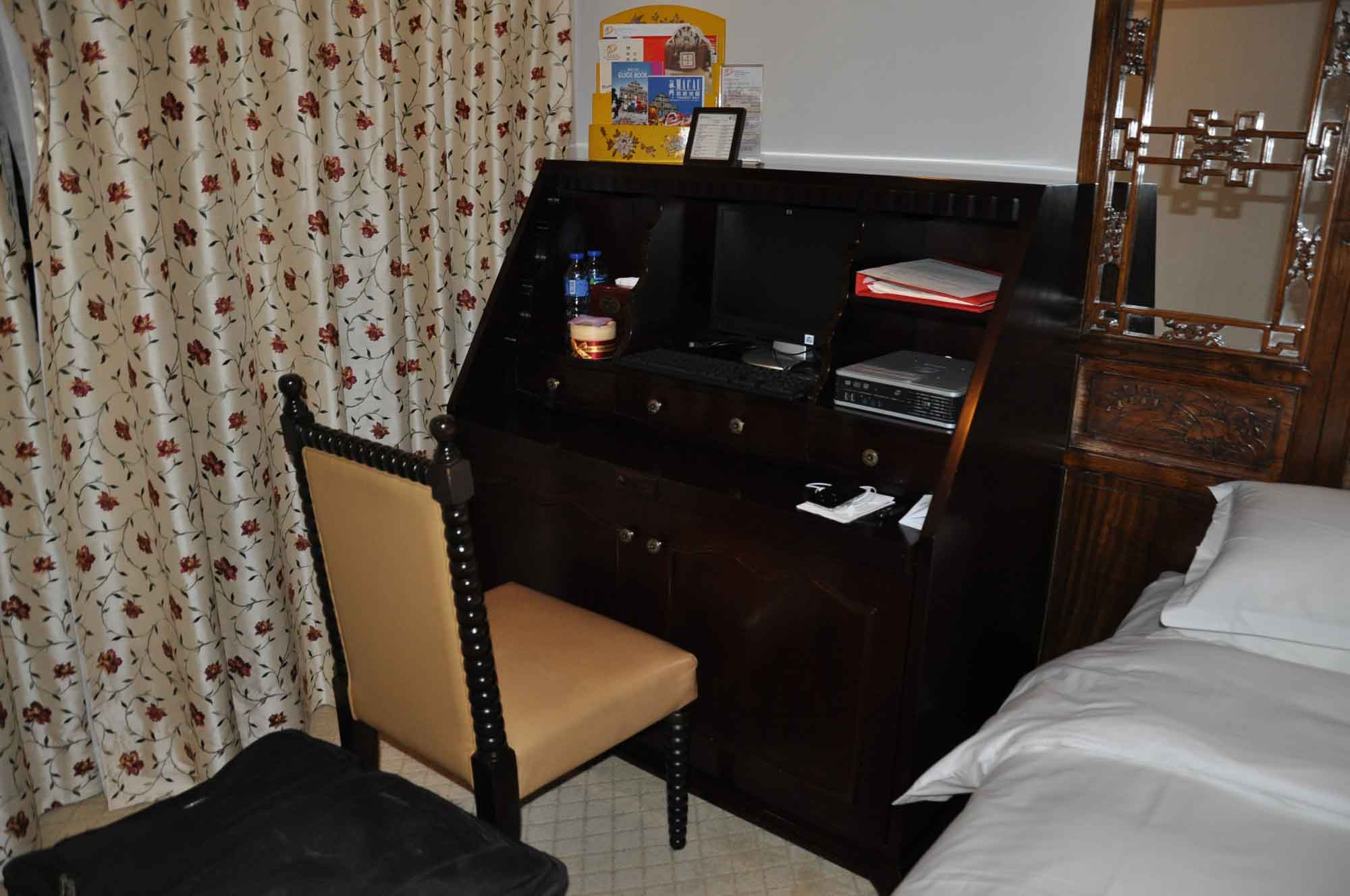 During our time there, I stayed in a standard room, number 103.  I was a little disappointed by the size of the room since the pictures online made it look a little larger.   The bathroom was also very tiny, with not much space to move around inside. 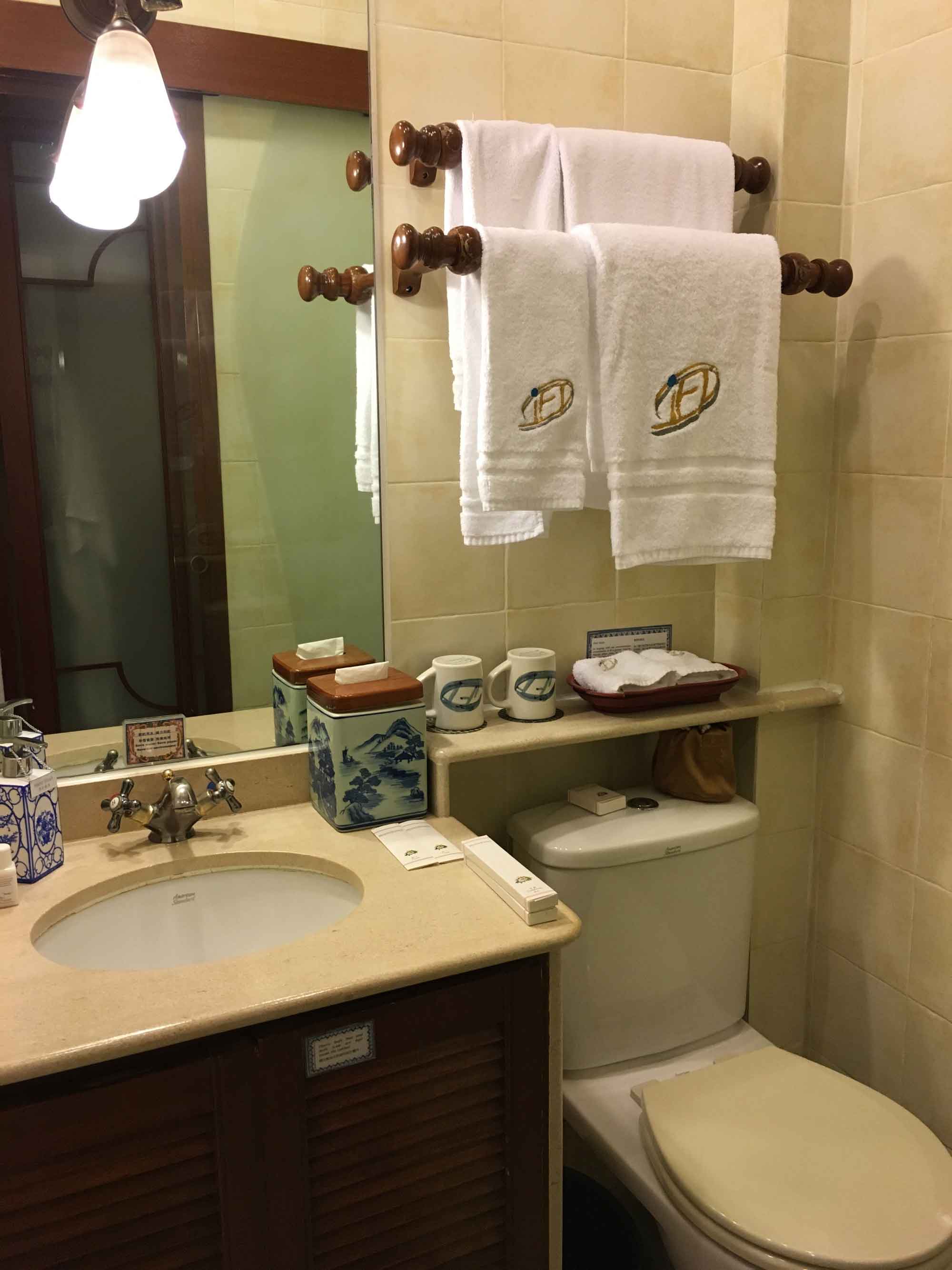 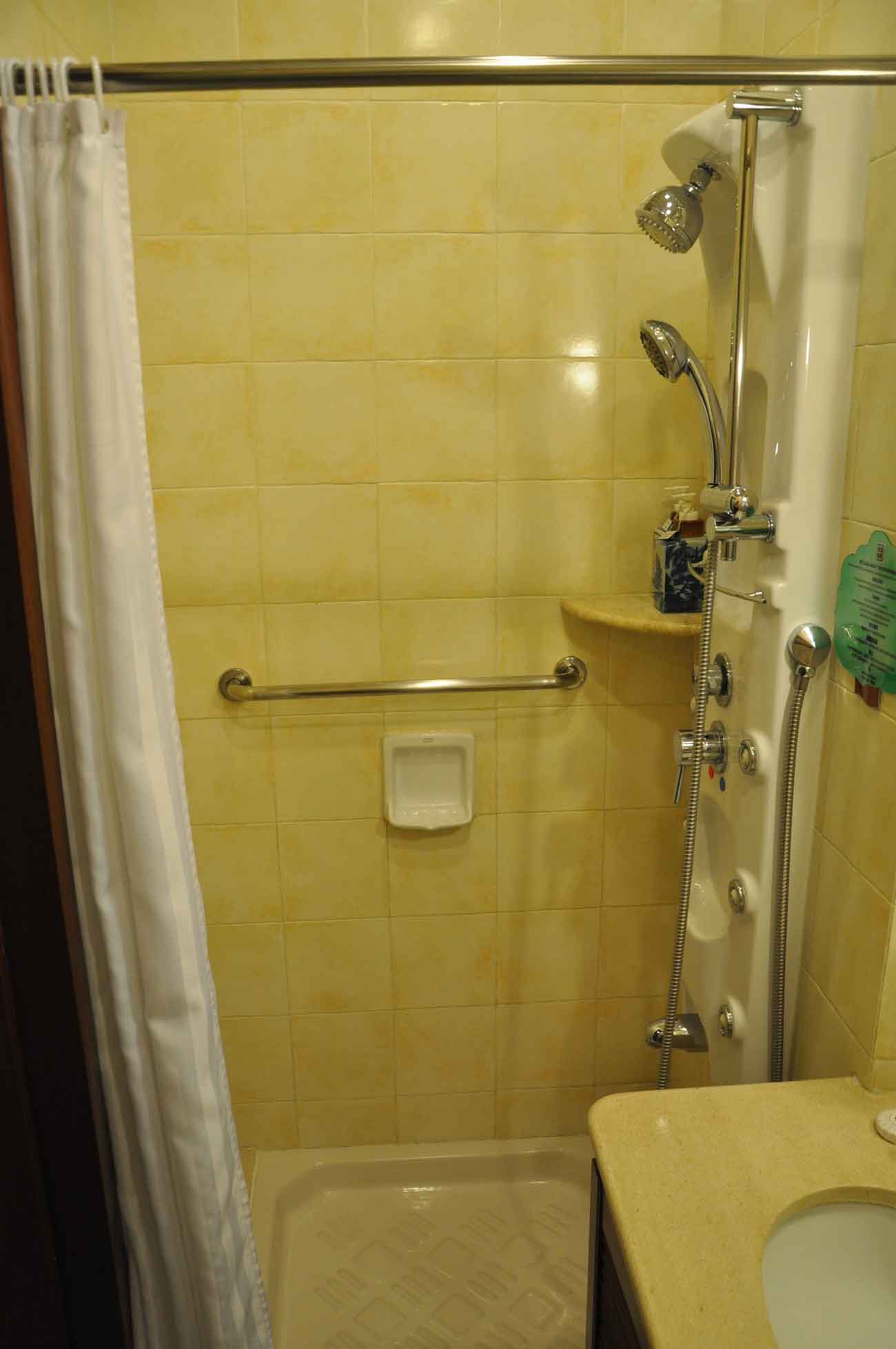 The shower was a stand up and had hot water 24/7, but not every hotel amenity was provided.  Since it’s a green hotel, toothpaste, toothbrushes, body lotion, cotton buds and shower caps are not automatically given to guests, but will be upon request.

After having stayed there, I don’t think Pousada lives up to its billing as the best hotel in Macau.  The only argument you can make for it being the best of anything is in the area of value.  And even there, I still prefer the Grand Lapa, but just by a little bit.  For $300 more you get larger rooms, a swimming pool and also free access to spa facilities, while the only thing that Pousada has is a small gym.  The Grand Lapa’s location by the Ferry Terminal is also a little better for tourists, since it’s closer to the main sites. 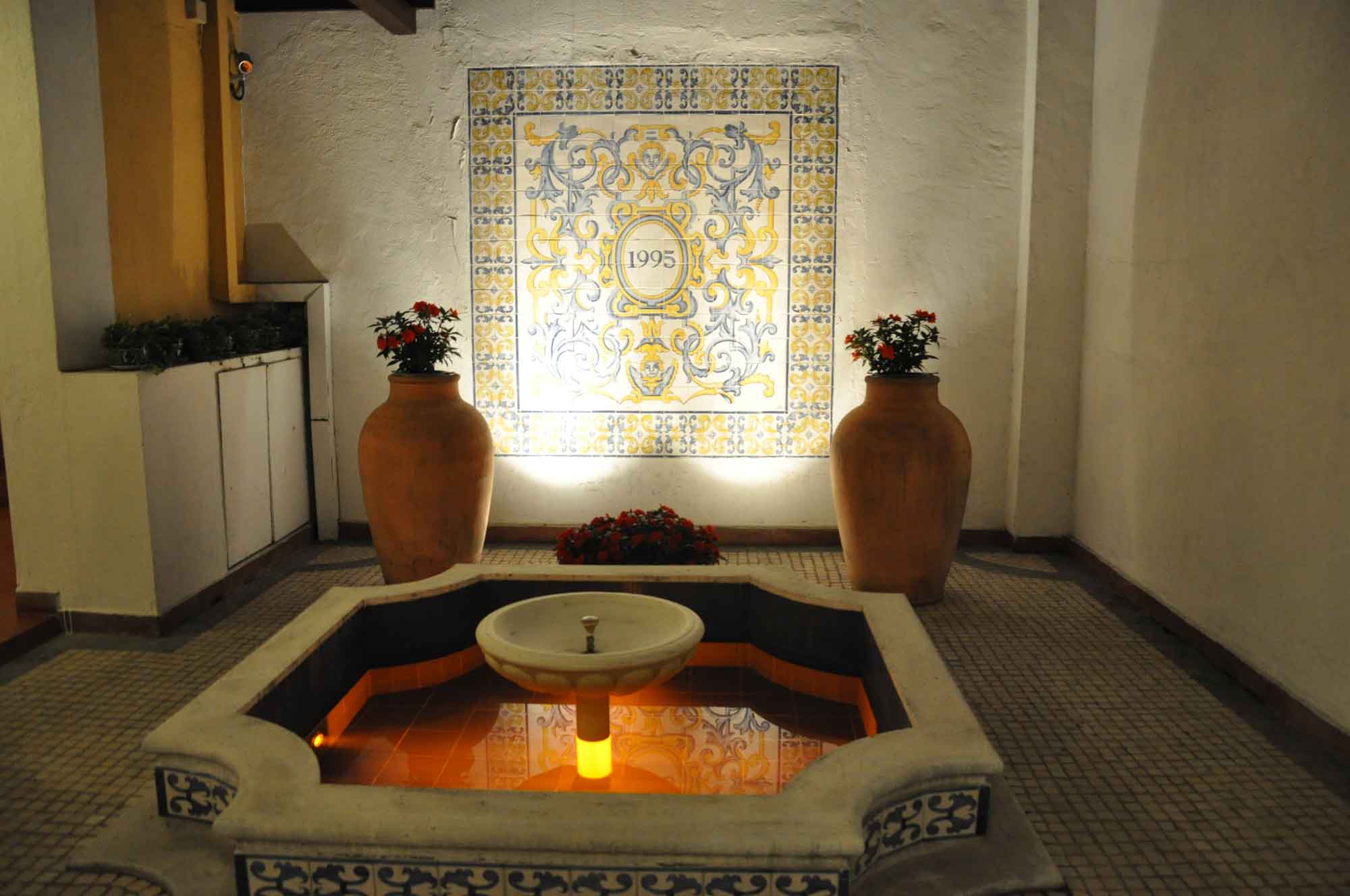 Still though, Pousada de Mong Ha rooms for only $700 are absolute steals, and I’m certain I will return there in the future.

Breakfast at Pousada de Mong Ha is free, so Mu Yi’s day started there.  I was still far too stuffed from MGM to even contemplate eating, so she went at it alone.  Here’s what she had to say about the breakfast:

In the morning, accompanied by the melodious orchestral music playing in the hallway, I walked through the hotel lobby and came to the hotel’s restaurant, which was also decorated in Portuguese style. 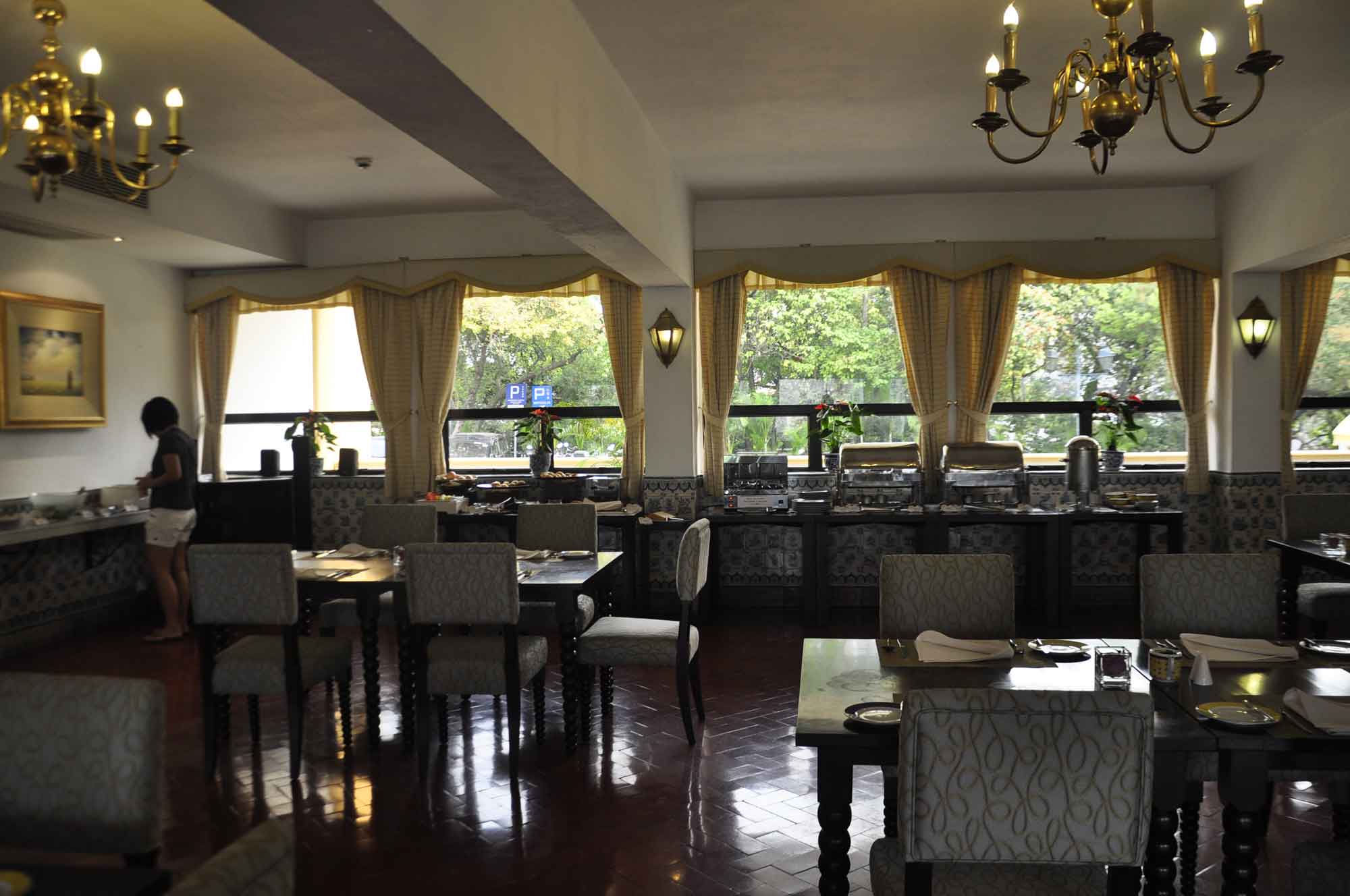 With a friendly greeting, my eyes turned to a neatly dressed waitress, she bent her waist and said hello to me with a courteous smile.  I told her my room number and she took me to a seat beside the window.  When I looked outside, I could see the hotel garden, there were some herbs growing there as well as a few birds jumping and playing on the ground.  This is the training base for the Macao Tourism College, many of the staff are students of the Academy.  They are young and passionate, every time I see their sincere smile, I always feel warm in the heart. 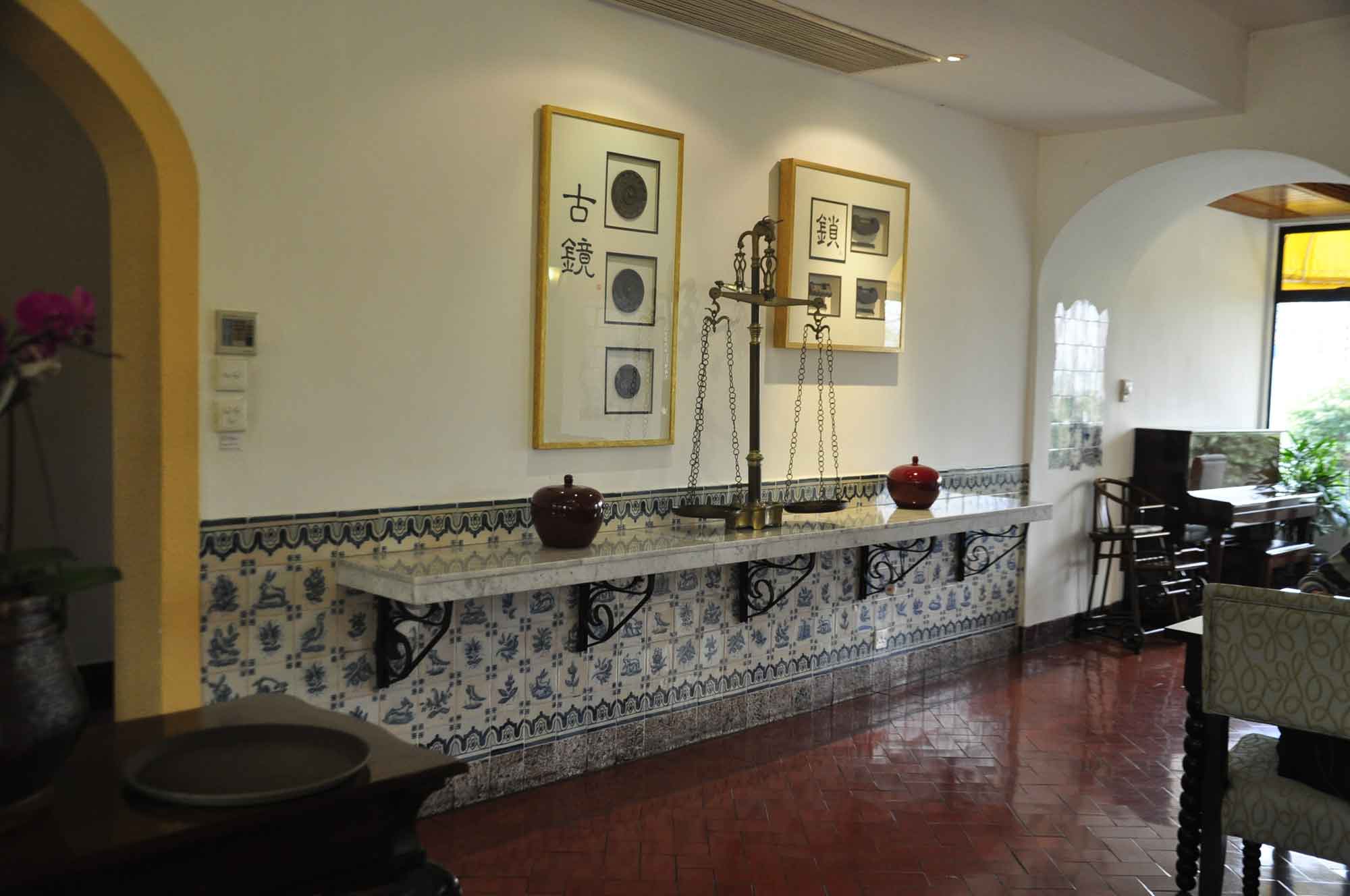 The breakfast is a buffet, with mostly western style food, including chocolate cake, croissants, Danish pastries, homemade jam and honey, baked beans, roasted sausage, boiled ham and so on.  As for beverages, they offer juice, coffee, milk, and tea. 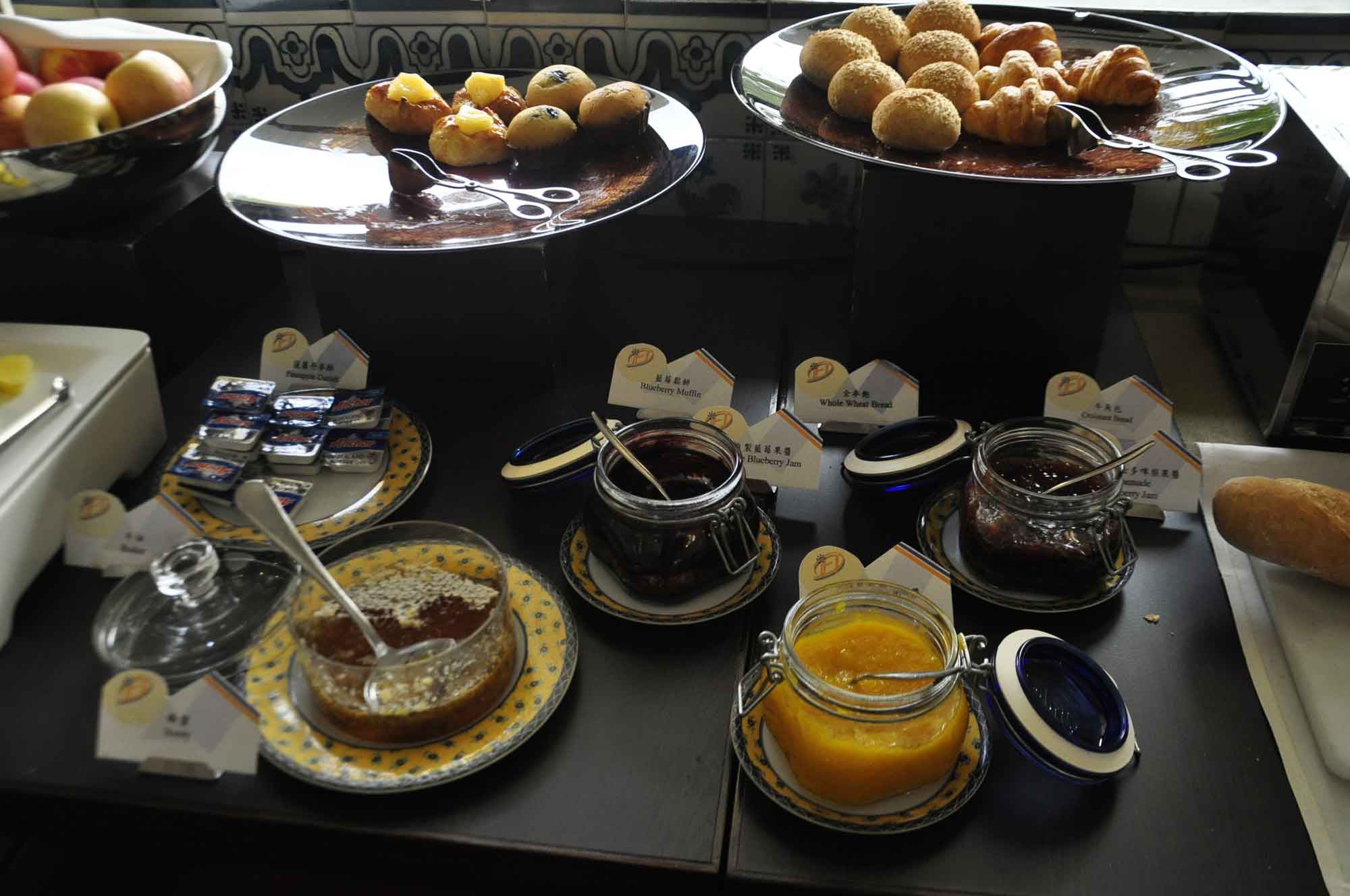 The waiter will be attentive to clear up the dishes for you, and ask if you would like to have something to drink.  By the way, you can tell the waiter what kind of eggs you want to eat, for example, sunny side eggs, boiled eggs, scrambled eggs and so on.  As I sat beside the window, listening to the music, I put all of my troubles aside and enjoyed a beautiful breakfast on a beautiful morning. 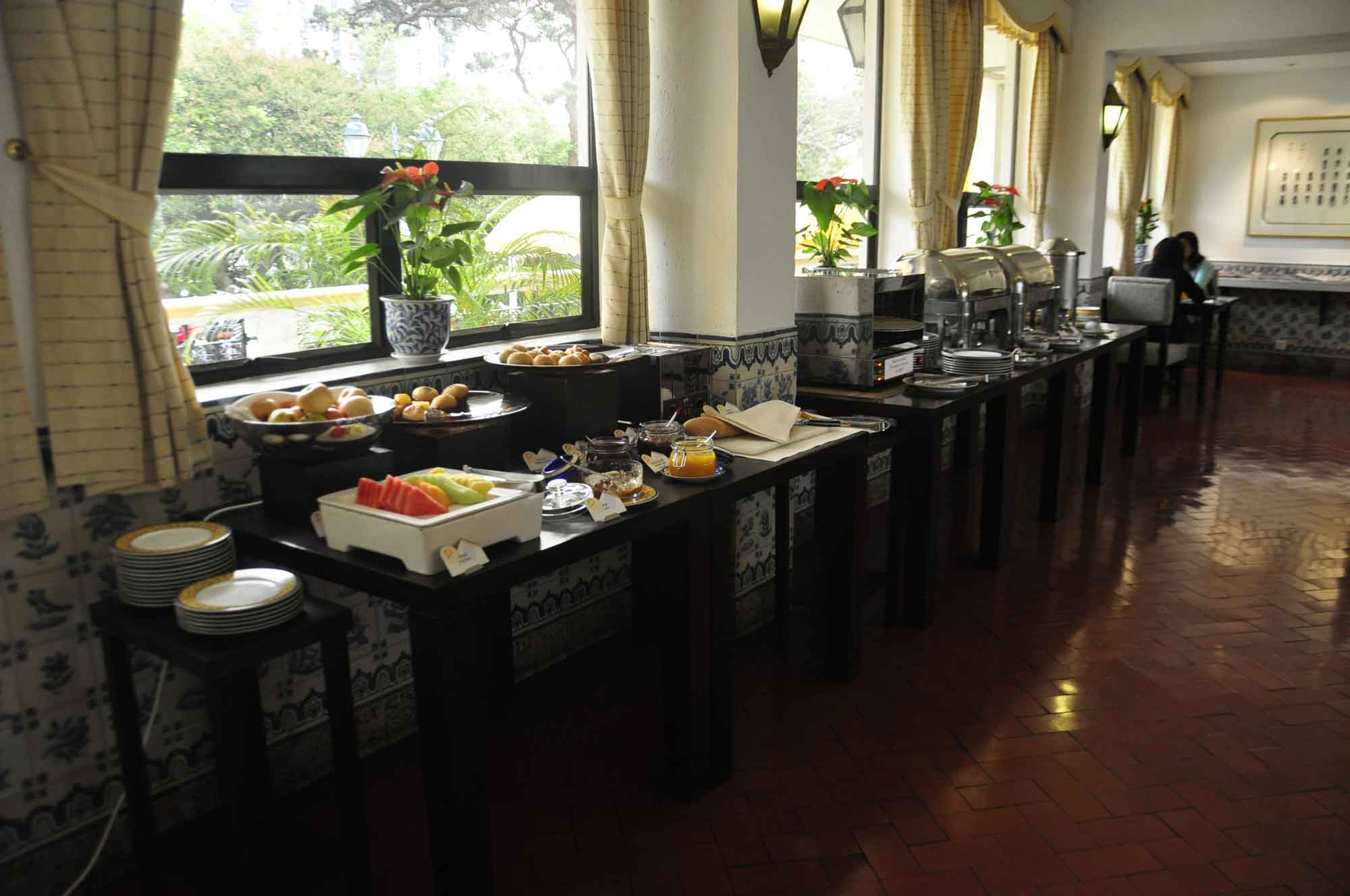 Thank you Mu Yi for that wonderful description!  We set off from the hotel at about 10 am to begin our day’s activities.  Our plan was to walk around and hit a bunch of sites Mu Yi had never been to before, starting from the doors of our hotel and proceeding south all the way down to the Maritime Museum, beside A Ma Temple.  After checking out the museum, we’d finish up by eating dinner at Litoral, one of the few restaurants in Macau that actually specializes in Macanese food. 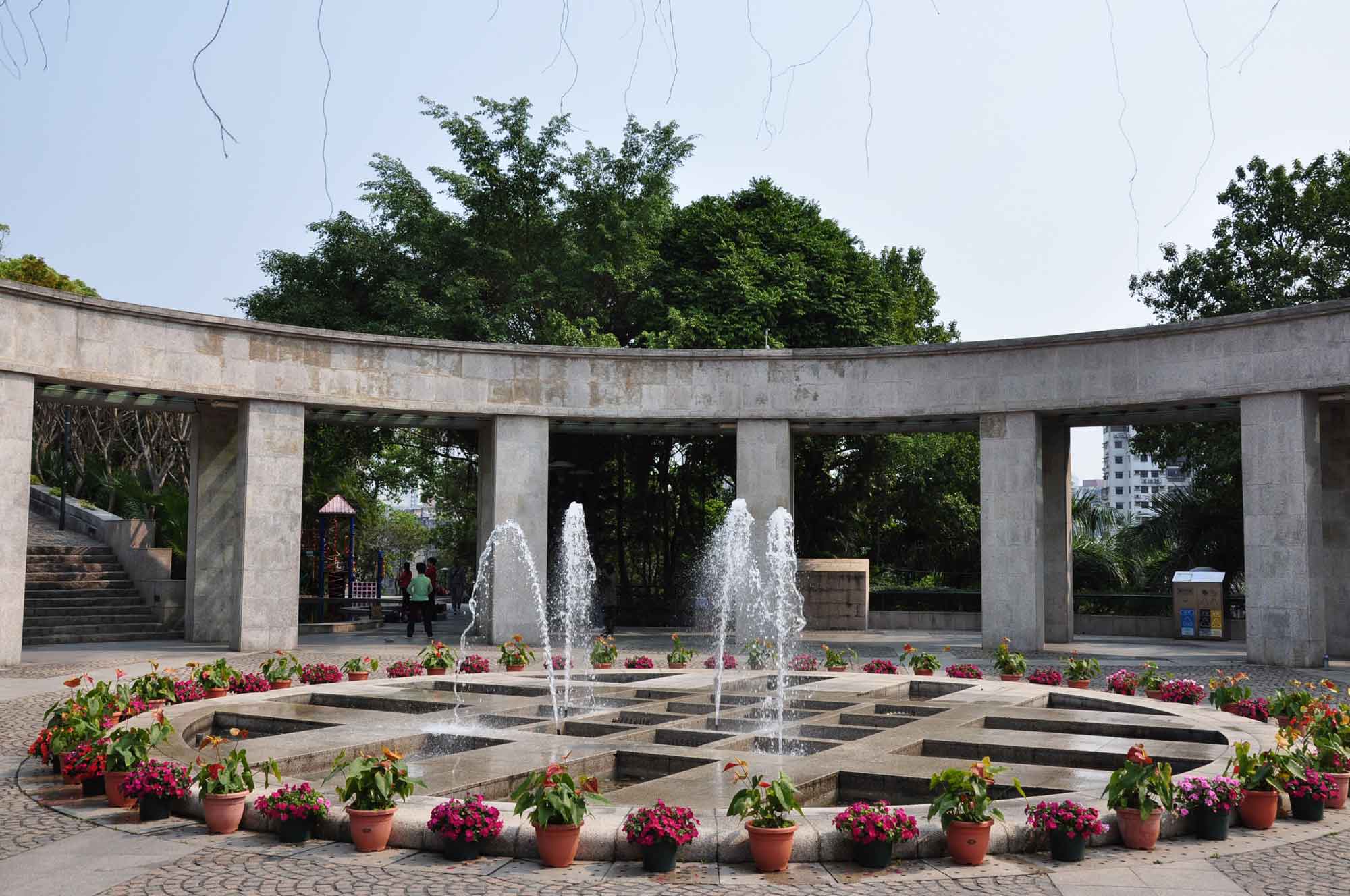 We naturally began by taking a walk through Mong Ha Park which is right beside our hotel. 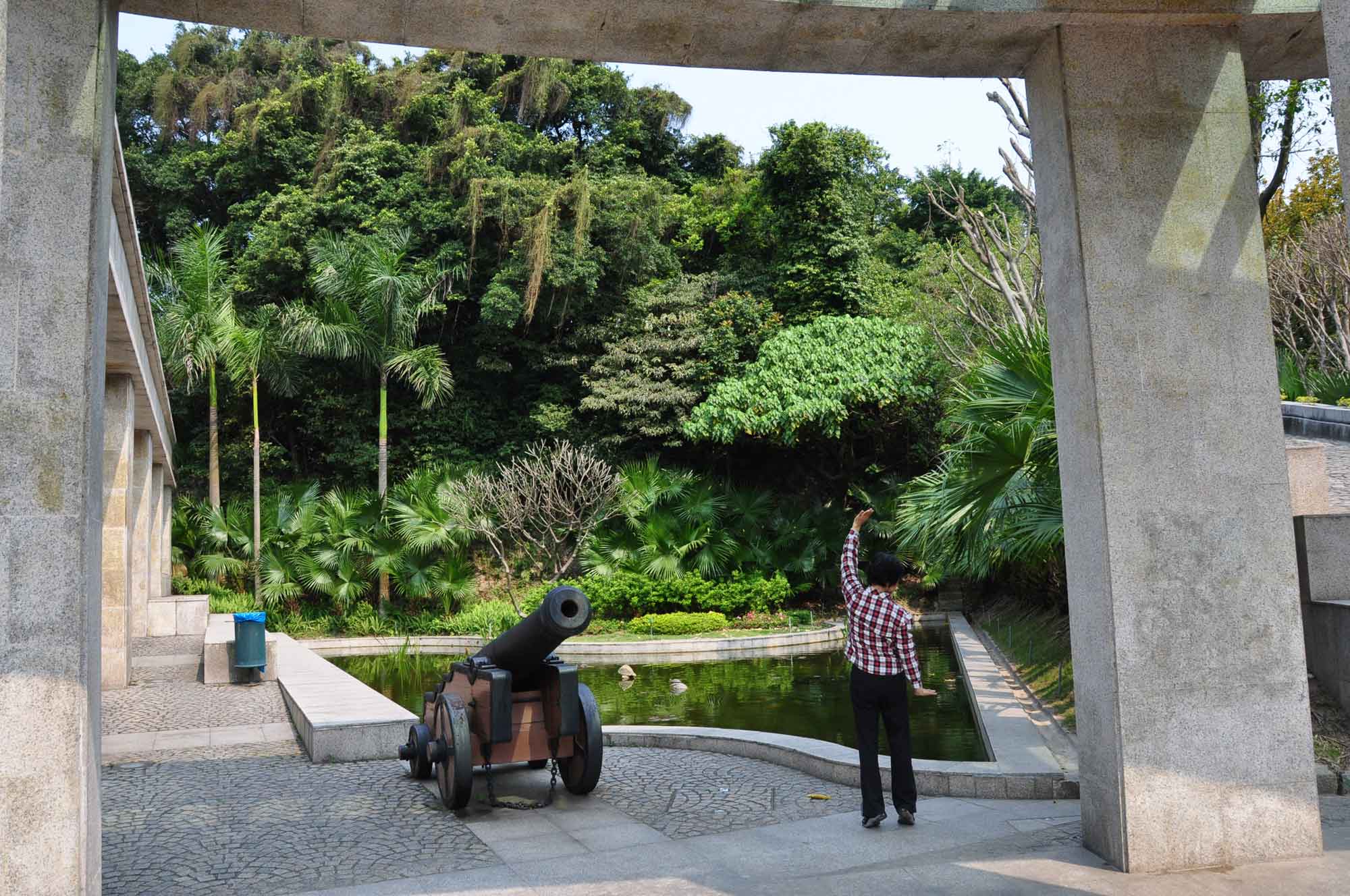 Known as “Black Devil Mountain” by elder locals, a reference to the African soldiers from Angola and Mozambique who were stationed there during the 1950’s and 1960’s, there wasn’t much to see except for the occasional cannon and the ruins of a small fortress on top of the hill. 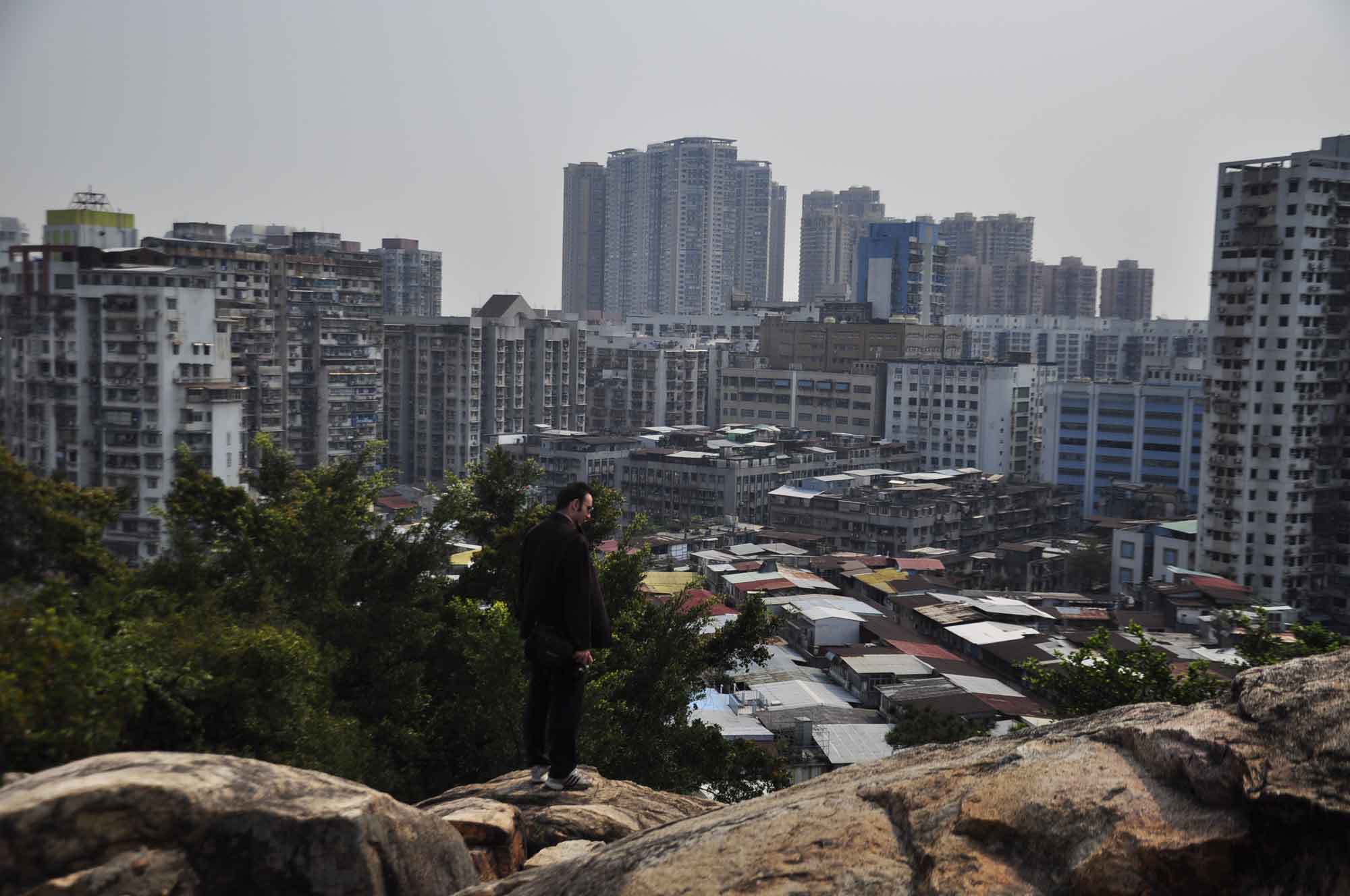 The views from up top weren’t the greatest either, although they did have a nice one of the old dog race track, the Canidrome, which is no longer in use. 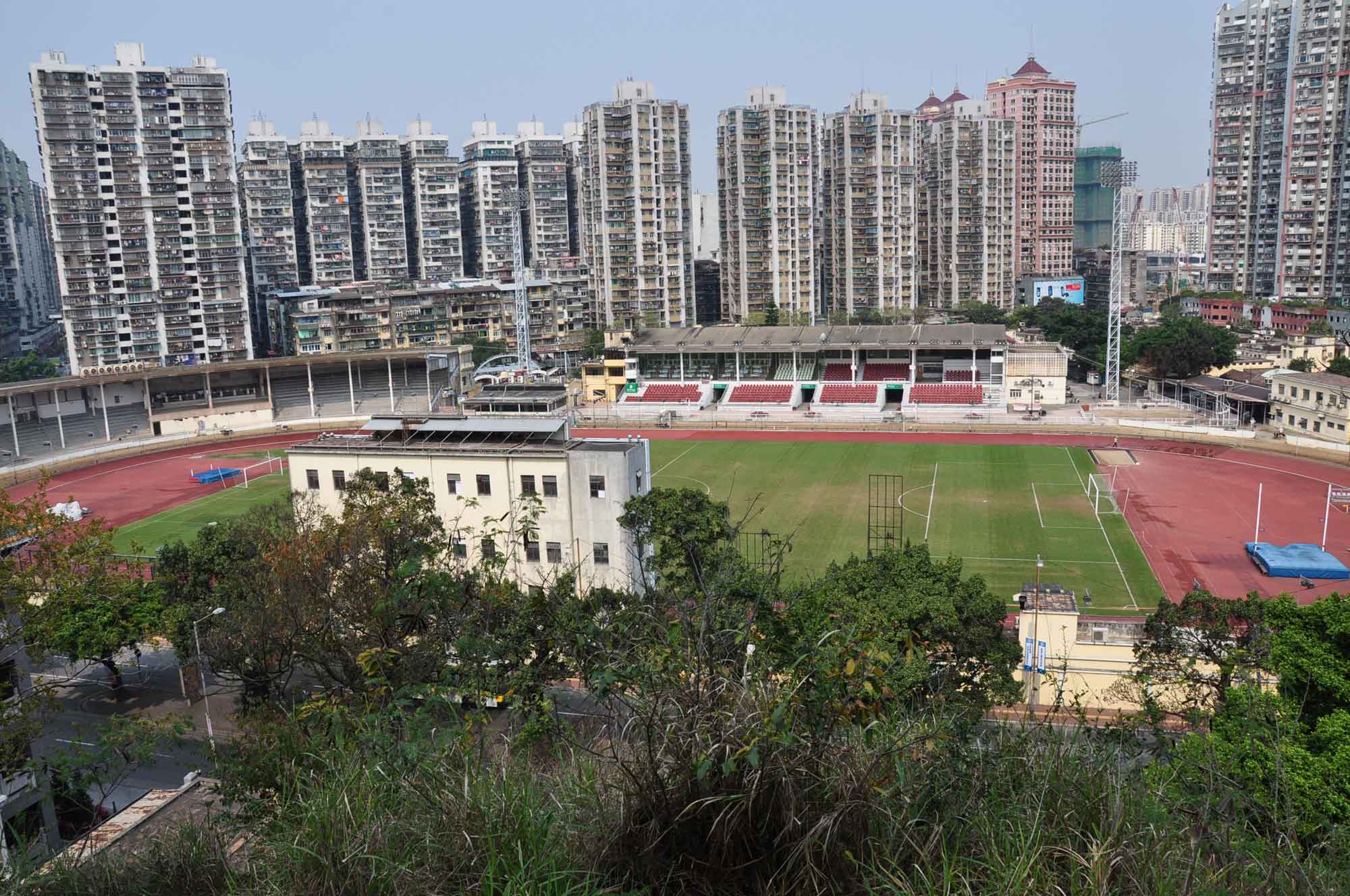 Most of the other people in the park that day were senior citizens doing exercises and a whole lot of cats.  I don’t know who keeps them but I always see the same 6 or 7 every time I’ve been there. 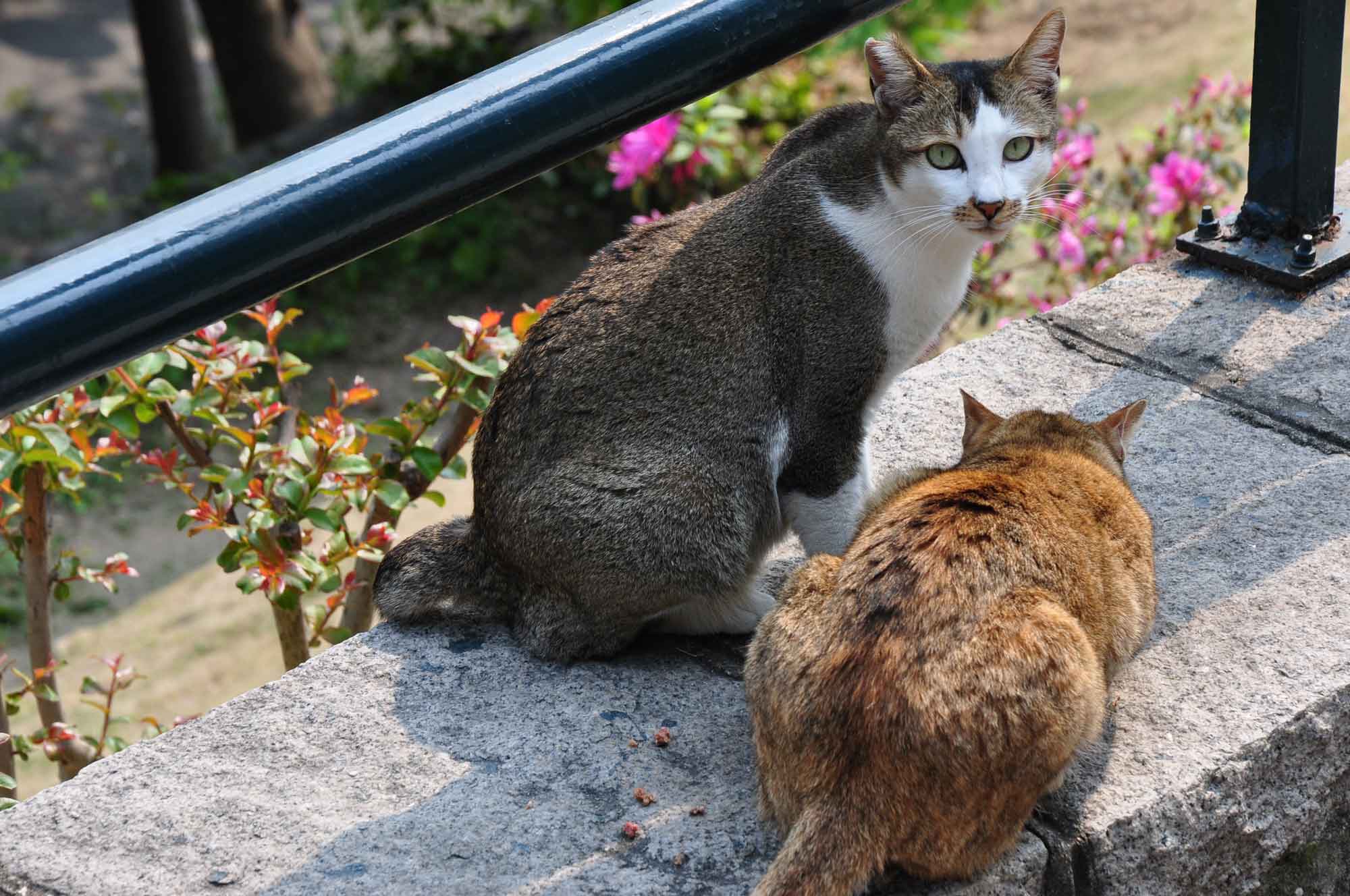