The set meal is made up of an appetizer, a first course, a second course, as well as a dessert.  Appetizer selections are mostly fish (smoked salmon, roasted veal with tuna sauce, mackerel) while the first course is a type of pasta (ravioli, fettuccine, spaghetti, or risotto).  Halibut, cod, veal and lamb are your second (main) course selections while dessert choices include a lot of ice creams along with some sorbet and tiramisu.

The menu has changed a bit since I was there in July of 2013 so use the pictures shown here just for reference.  As you can see, the portion sizes aren’t huge but the food was presented quite nicely and I thought each dish was good.

The lamb, in particular, stuck out – I only wished there was more of it – while the seafood spaghetti was another fine choice that I recommend highly.

Desserts were also exceptionally good, and I wish I could have climbed into that scoop of vanilla ice cream and just stayed there forever!

My overwhelming memory of Aurora wasn’t just of the food though, it was the total experience.  It was a beautiful July day and I strolled in with a book I’d just bought from the Macau Museum, Austin Coates wonderful history of Macau written in the 1970’s – A Macau Narrative. 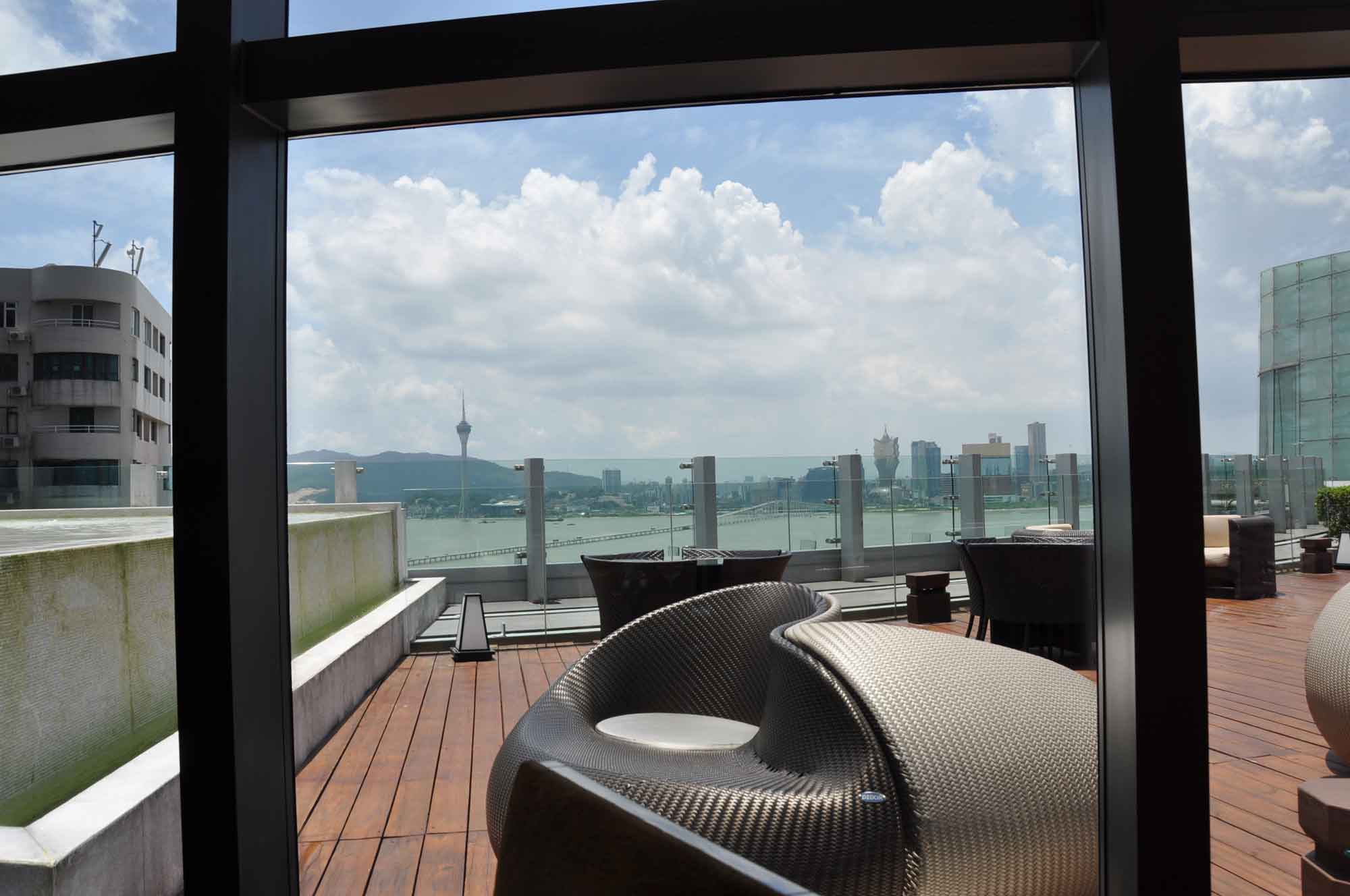 I sat down by one of the windows facing the Macau skyline and dove into first pages, by that time accompanied by a tremendous glass of Italian white recommended by the sommelier, Chimera Trebbian. ( Which is UNBELIEVABLE….) 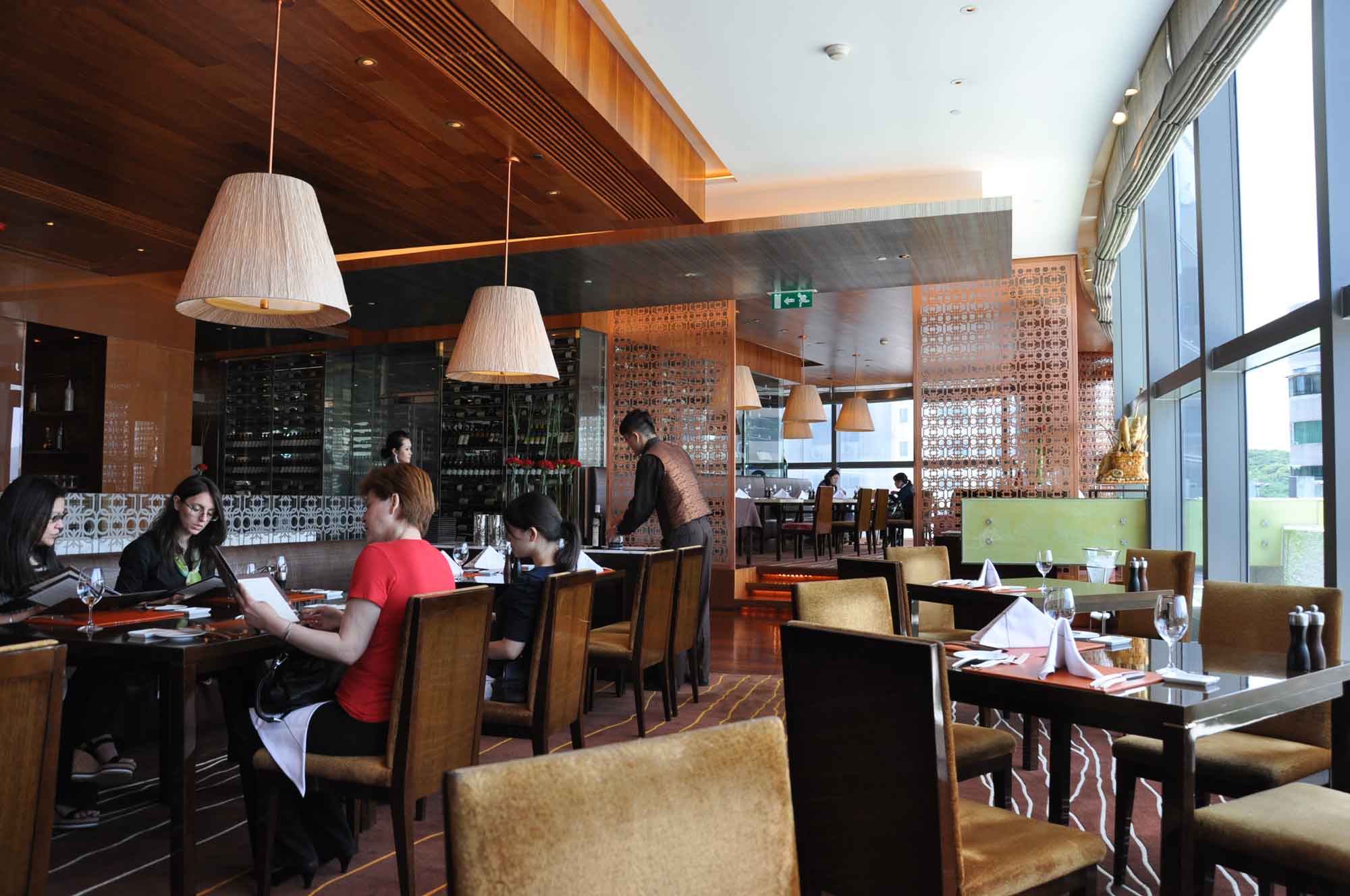 And as I sat there reading Austin Coates fluent easy prose, I learned about how the city I love came to be, how magnificent it must have been in its early opulent days, and the history behind places like Lilau Square, Camoes Park, and the Protestant Cemetery.  These are some of my favourite places in the city and reading about them while the sun shone in through the windows while the waitress brought the next course and another glass of wine was just an exceptional feeling. 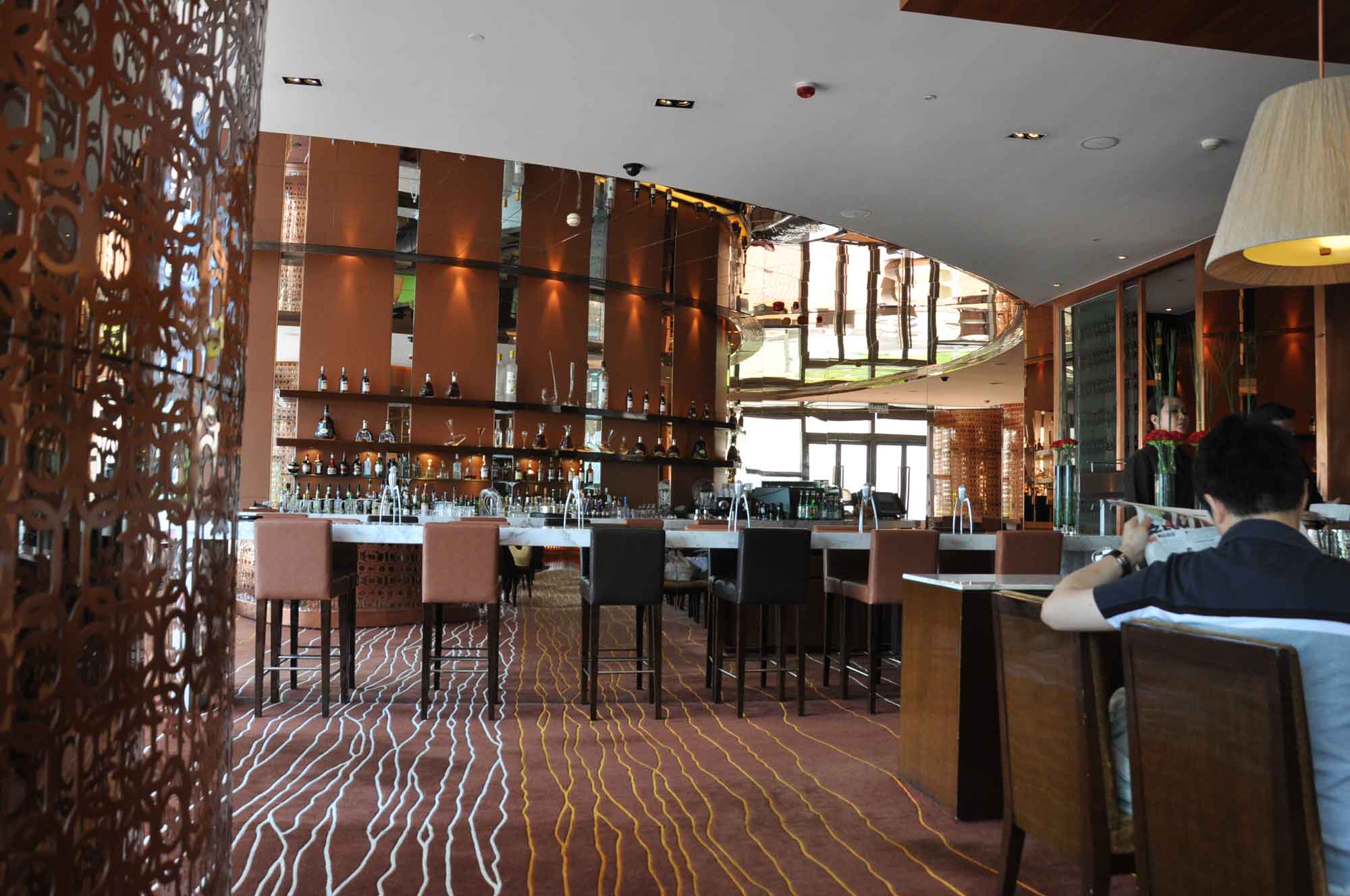 While part of it was the wine and the book, another part of it was Aurora, and just being there that particular day.  The restaurant is smartly decorated, open and bright, and the waitress was wonderful that day.  She gave great recommendations for the food and let me go at my own pace, and of course, she brought another glass of great wine and another and another and on it continued in that way.  It was one of the best dining experiences I’ve ever had in Macau. 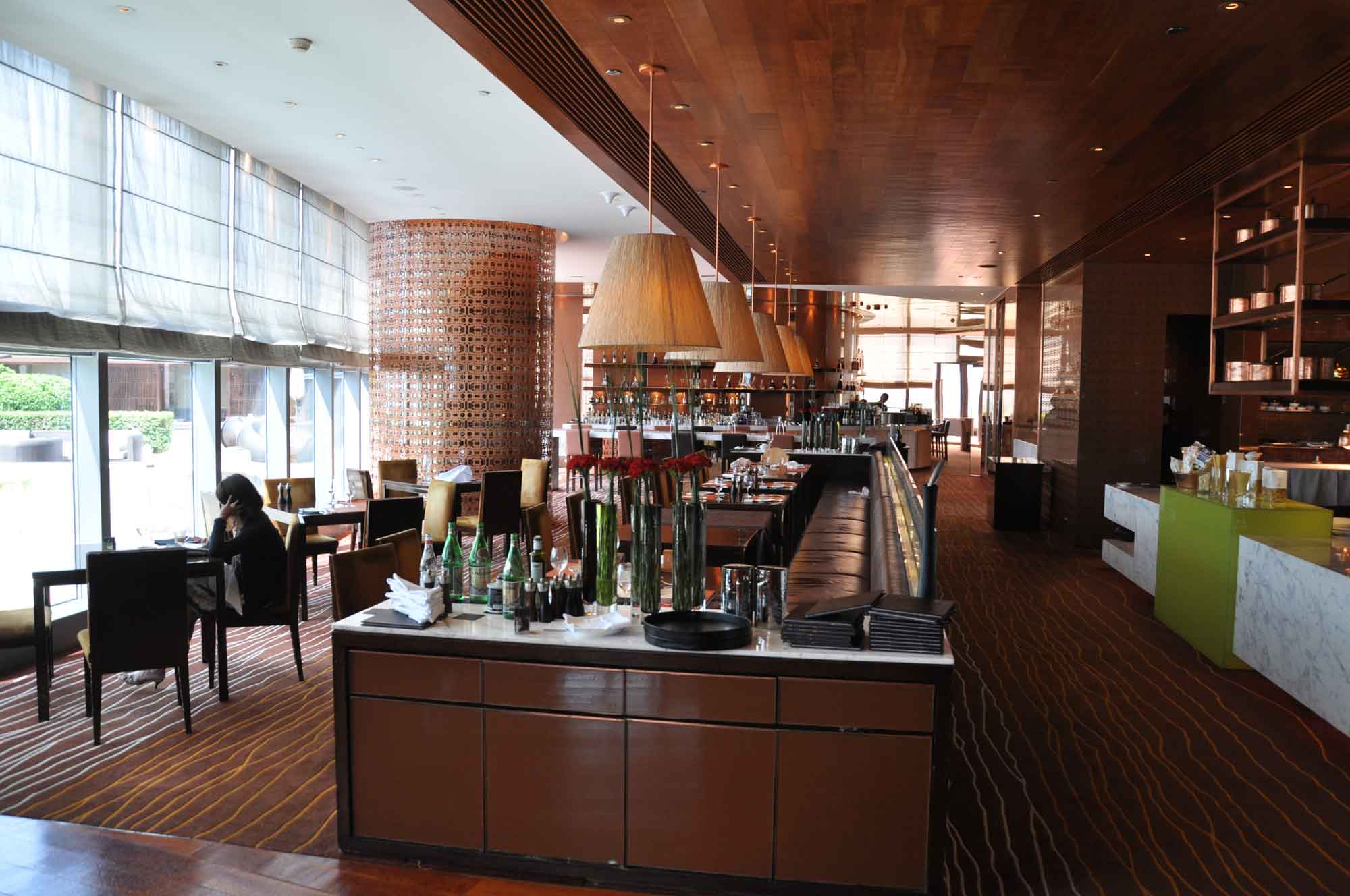 In the end, I guess I’m giving Aurora 4.5 stars and not 5 for two reasons.  One, while the food is very good, it’s not drop dead amazing amazing amazing, and outside of the lunch special, it’s probably a bit overpriced.

Apart from that though the restaurant is beautiful, the food is good to great, the lunch special is excellent and the staff is wonderful.  Aurora is definitely the best restaurant at Altira and quite possibly the best Italian restaurant in the city.  Don’t pass up trying the Chimera Trebbian either, it’s a remarkable white wine.

As a big fan of Aurora, I’ve returned quite a few times throughout the years to try their magnificent set lunch, which ranks as one of the best value options in town.  Here’s a quick review of my latest visit, which happened in the autumn of 2017.

Dining with the lovely Layla Huang, we both had their 4 course set, which ran $418 apiece, not including tax and service charges.  FYI, there’s also 3 course option composed of 1 soup or appetizer, 1 main and 1 dessert for $338.

Since the set menu changes seasonally, you won’t be able to order the exact same things we did, but the food will undoubtedly be of similar quality, because it always is.

The shrimp pasta was the only disappointment, a little chewy, mushy and repetitive, it was far inferior to the beautiful pasta below in the second picture, which was flawless.

Desserts were all pleasant and enjoyable enough, although nothing to the level of a Cafe Bon Bon of course, because nothing ever is.

Four scrumptious courses for $450 in a beautiful restaurant with exemplary service is nothing to sneeze at.  The food is basically Michelin quality and if Aurora manages to grab a star soon, I wouldn’t be surprised.  We’ll give them a mulligan for the one pasta – everything else was wonderful.