In business for almost two years now, I only caught wind of Bella Taipa about a month ago, during a wine tasting at the Galaxy. A good looking woman with even better taste in Ports recommended it, mostly on the strength of the flamboyant Executive Chef who hails from Tuscany, and his modern takes on classic Italian cuisine. 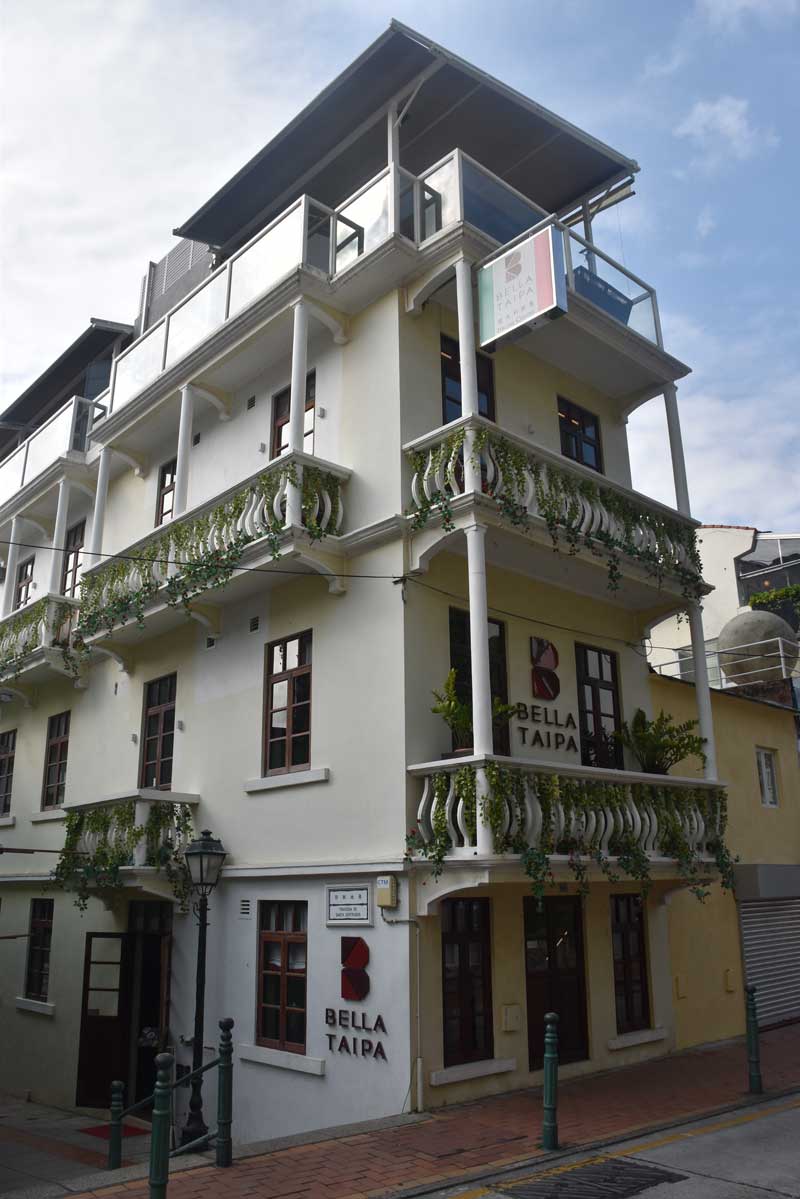 Located in the heart of Taipa Village, in a historic four story pink building that’s over 80 years old, Bella Taipa certainly looks the part, with a stylish modern interior that’s clean and comfortable to be in. 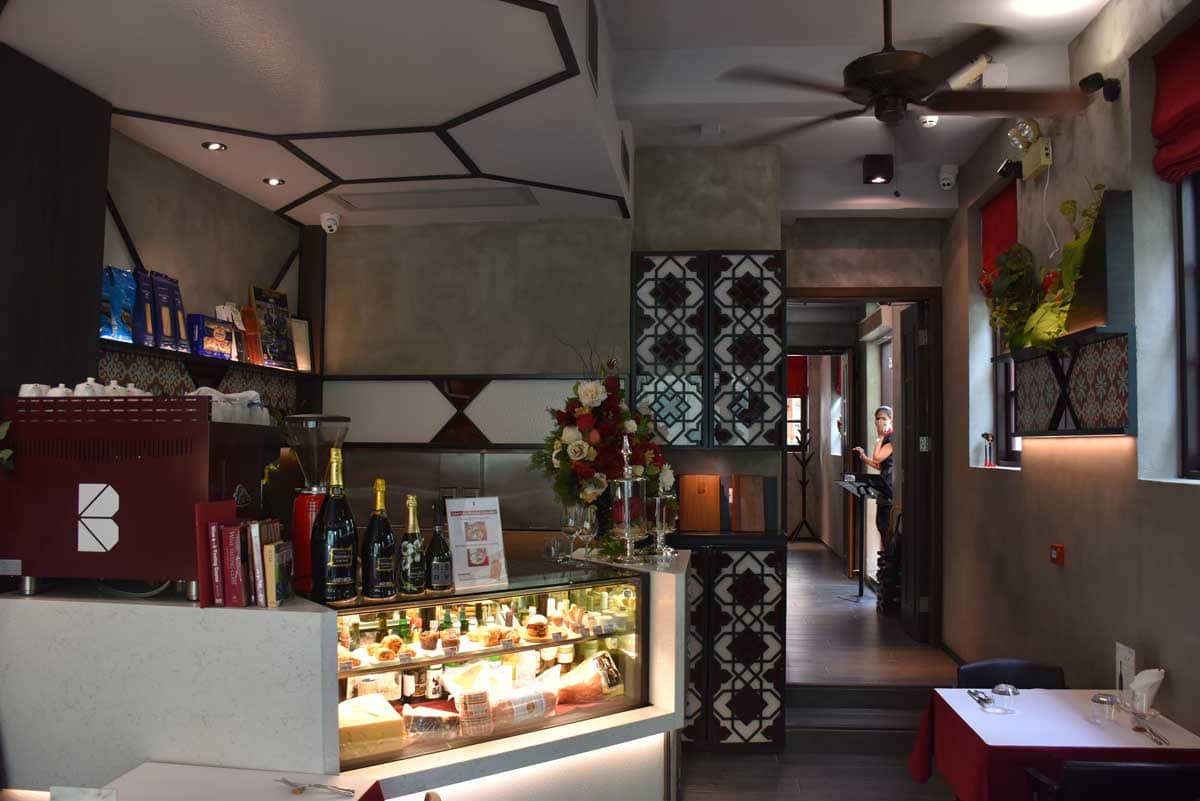 Although I didn’t take a look myself, there’s also rumored to be a tripping outdoor patio on the very top of the building. 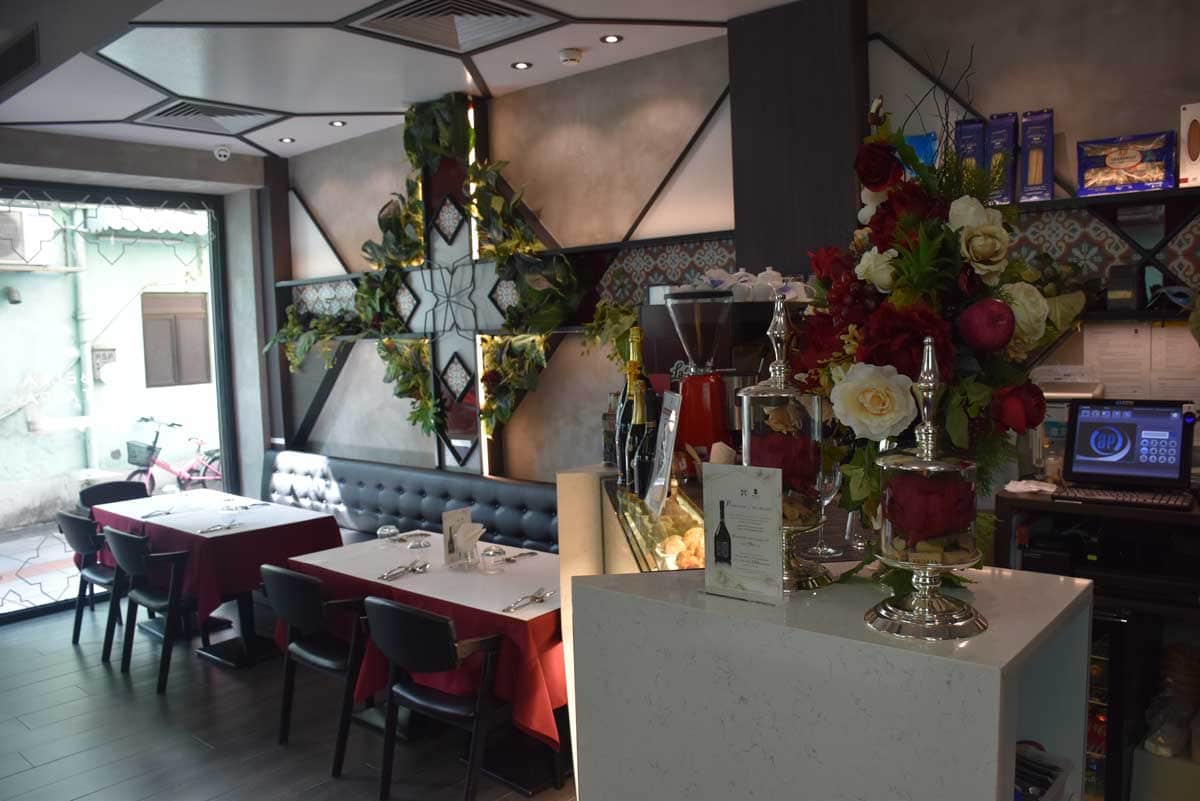 Everything was excellent save for the Slow Cooked Australian Lamb, which was served breaded and bereft of taste, akin to frozen food fare that came out of a box. In this type of venue, at that price, that just can’t happen, as it potentially calls into question every dish on the menu, with proper quality control apparently lacking.

Apart from that one hiccup though, everything else was spot on, in particular the two soups which were definite standouts. The vegetable minestrone soup had a clear light true zing to it, while the Scampi was an all out monster, pure in perfection and taste.

The meat platter was of good size and fair value for $160, topped off with crackers, tomatoes, and olives, while the rib eye steak had all the char, blood and flavour that a medium rare should have.

Not quite on the level of the rib eye at Copa Steakhouse – but then again, nothing is – it was still terrific, even with the somewhat questionable addition of mustard on top.

At the same time, the Slow Cooked Australian Lamb was so disgustingly bad that Bella Taipa can’t be given more than 4 stars.

They’re also very mean with the wine list, basically offering very little for under $400, which is totally inappropriate given it’s it’s a somewhat common sort of venue. I was forced into a $300 bottle of 2016 Chianti that was pretty bad, and I knew it was going to be bad, but I wasn’t spending $500 or more on wine when the mains were so expensive ($275 and $385).

So yeah, I expect the screws to turn at Wynn Macau, not in Taipa Village, which is why I won’t be returning to Bella Taipa anytime soon. Although most of their food was outstanding, I’m not convinced it was worth it, with the total bill running $1377 for two.

We could have gone to a number of Portuguese restaurants in town and had the same type of food, along with cheaper and better wine, for just over half the price.