What follows below in this review is no longer relevant, because the Grand Lisboa destroyed everything that made the Crystal Lounge and Deli one of my favourite places to eat in town.  Gone is the amazing selection of deli meats and breads, replaced by some insignificant cheap fast food rubbish made for the mainland market.  It’s disgraceful what they did to a restaurant that had been so special. 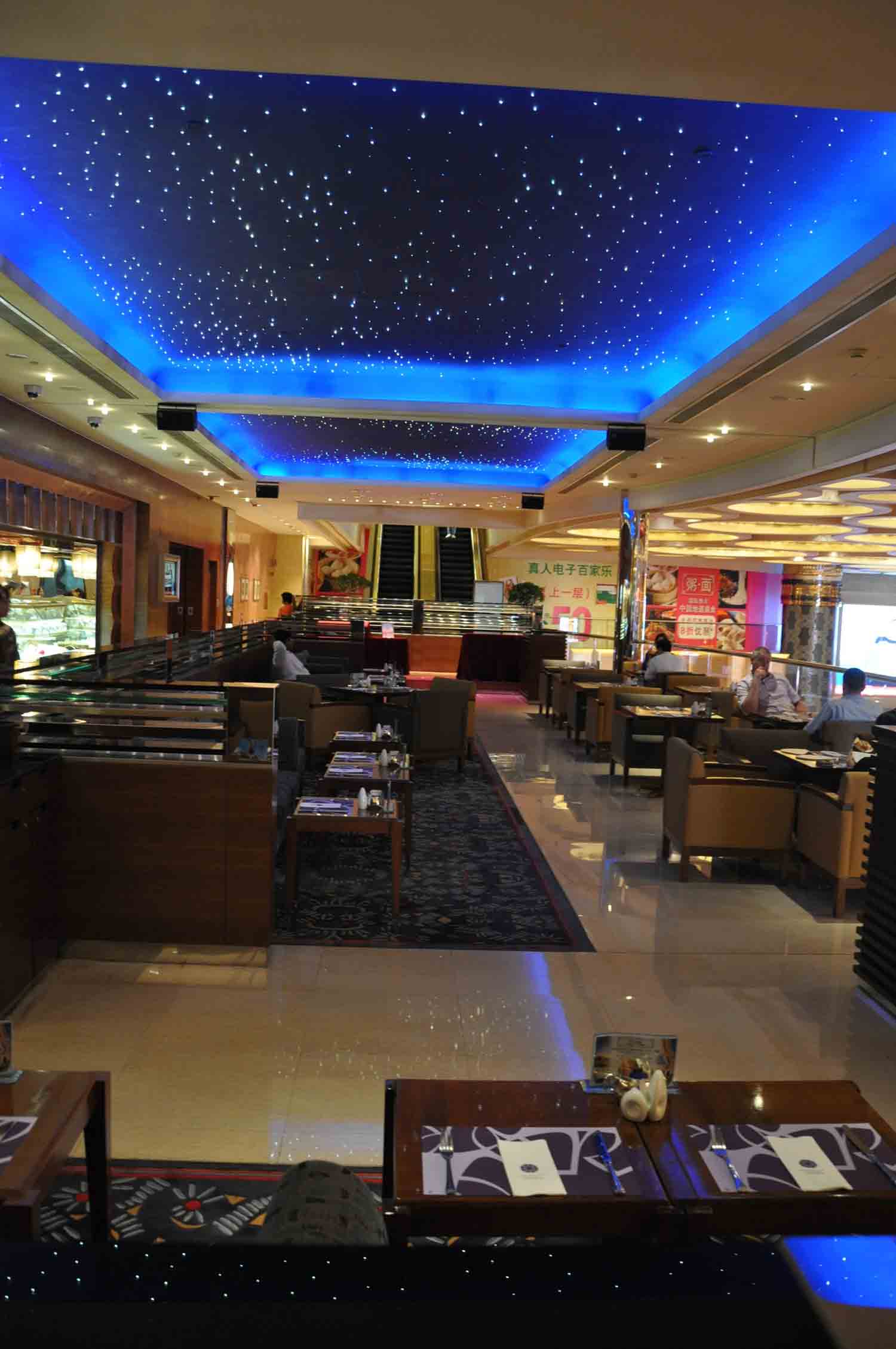 I’ll still leave the old review up, as it reminds me of happier times.

Dining at the Grand Lisboa is a significant plus, even in their smaller restaurants like Crystal Lounge and Deli.  A sight for expats’ sore eyes, there are things in their deli counter that I haven’t seen in Asia the 15 years I’ve been living here.  Among their cold cut selections include Coppa Ham, Serrano Ham, Air Dried Beef, Tandoori Turkey, Beef Pastrami, Smoked Turkey Breast and Norwegian Smoked Salmon, just to name a few.  The same goes for the bread and cheese, with Rustica, Sourdough, Panini, Pita, Focaccia, and Brioche all available, while cheeses include Danish Blue, Comte Jura, Edam, and Gruyere. 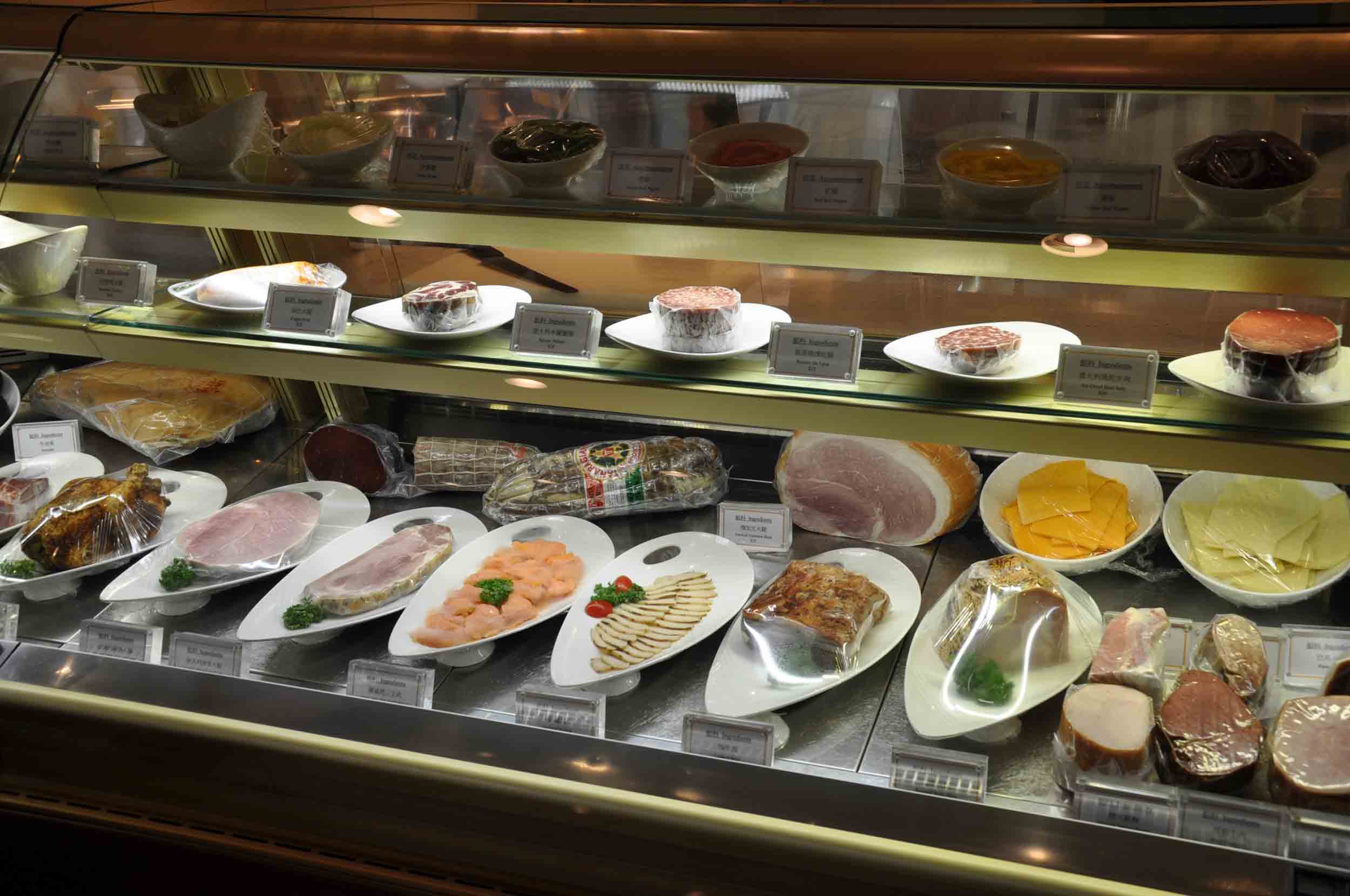 Super sandwiches are the main deal at Crystal Lounge and Deli, and with over 30 different kinds of cheese and cold cuts to choose from, making one you like shouldn’t be a problem.  I often go for some combination of French Ham, Turkey Breast, Salami Milano, Rosette de Lyon and/or Roasted Chicken and then revel in the results.  It’s so much better than having to eat at Subway, which is the only other choice I usually have in mainland China. 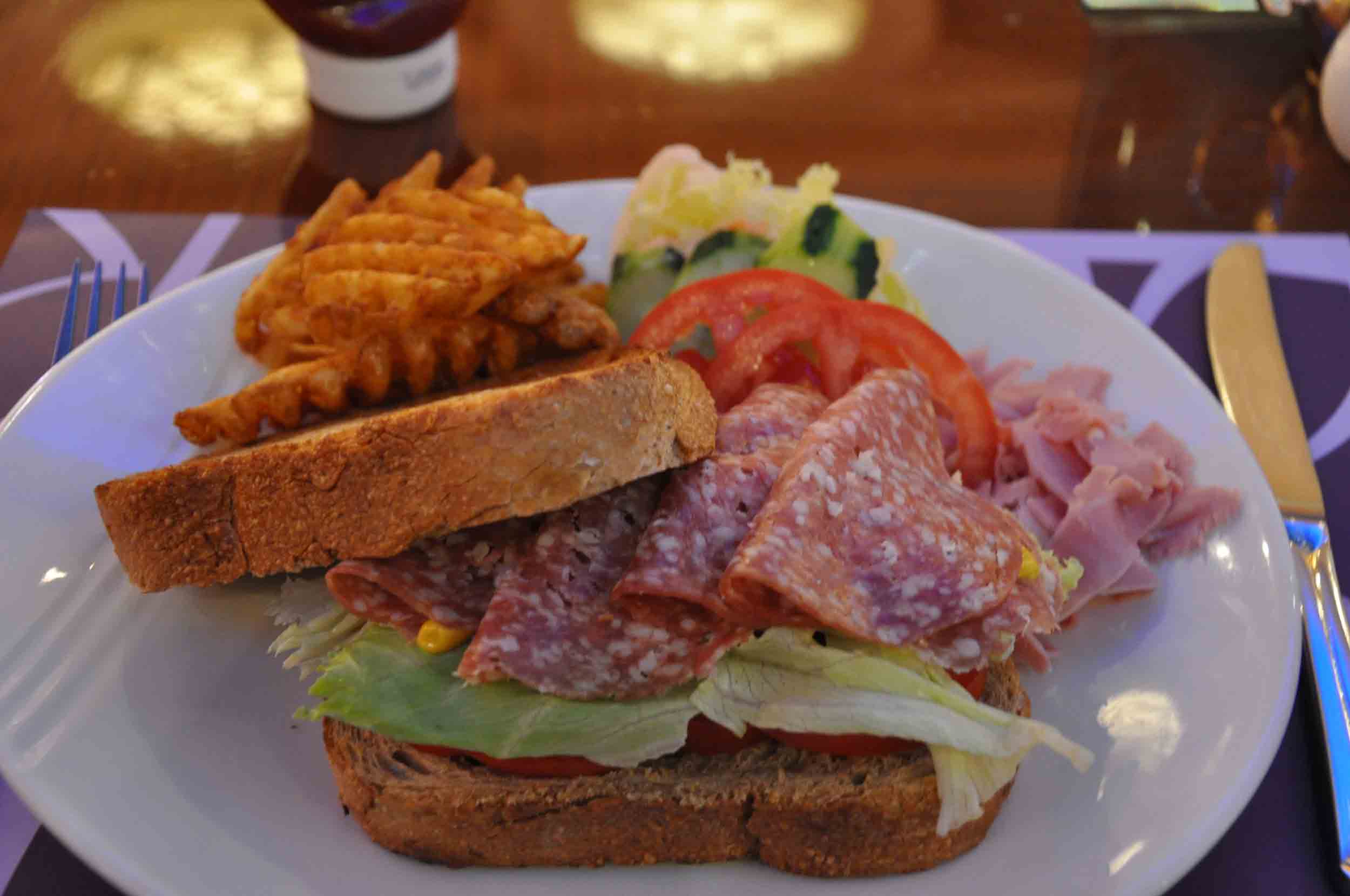 In my first couple of visits to Crystal Lounge and Deli, I didn’t know the sandwich rules and shortchanged myself every time I ordered.  The rule is that each sandwich can have up to three different types of meat so make sure to get your money’s worth.

If you just feel like a ham and turkey sandwich, for example, you can always add a third selection on the side for free.  Alternatively, if you just want to have one kind of meat, you can just ask for three servings of the same thing and then go to town with that.

That’s something I do quite often with the Roasted Chicken, and once they’re finished putting that bad boy together, I almost need a crane to pick it up. 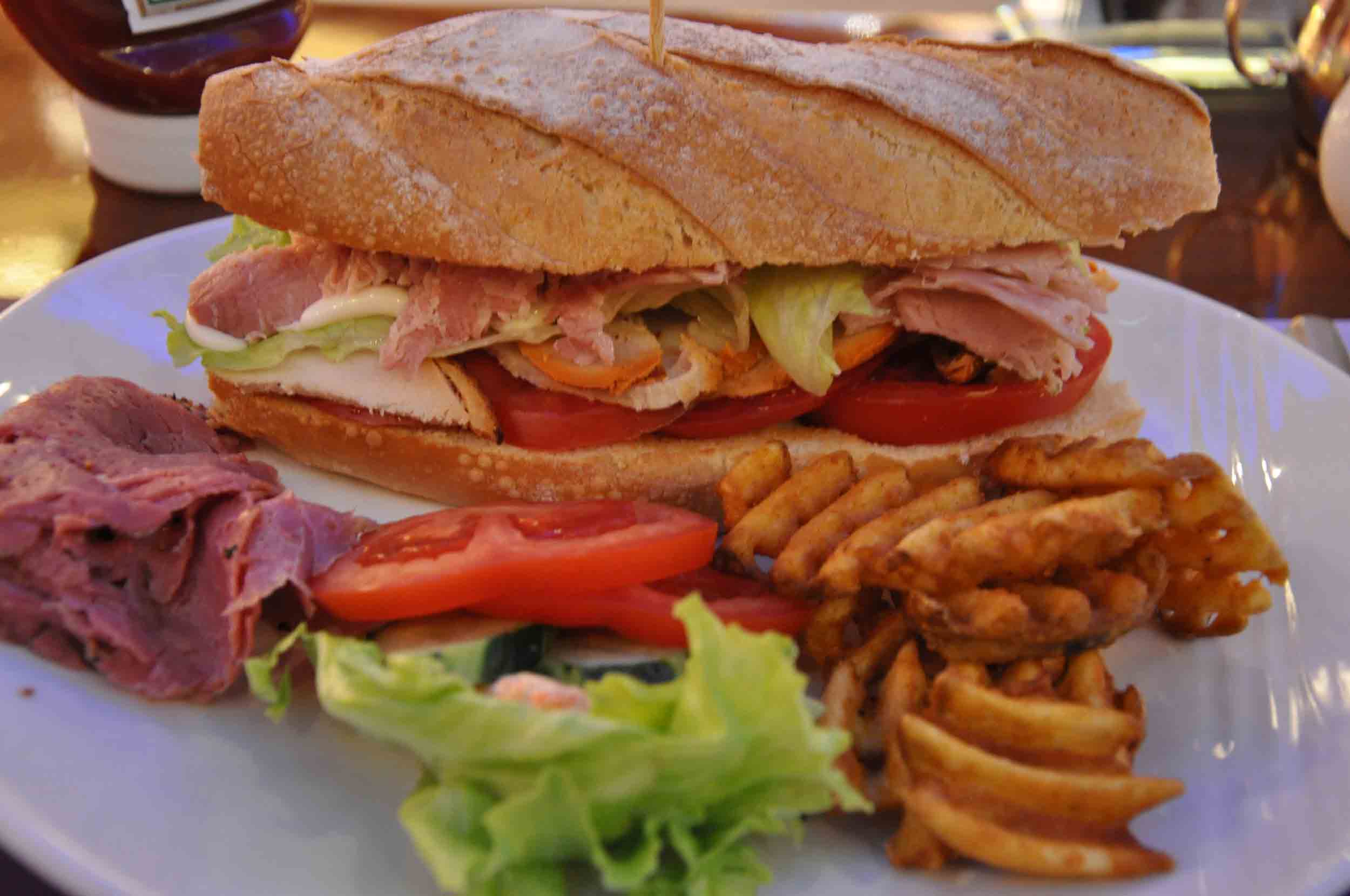 Crystal Lounge also has a side menu featuring standard bar favourites like burgers ($110), chicken tikka ($60), chicken tortilla wraps ($70) and fish and chips ($65).  I tried the pepper steak Mexican tortillas for $120 last time and it hit the mark too, just as much as the sandwiches. 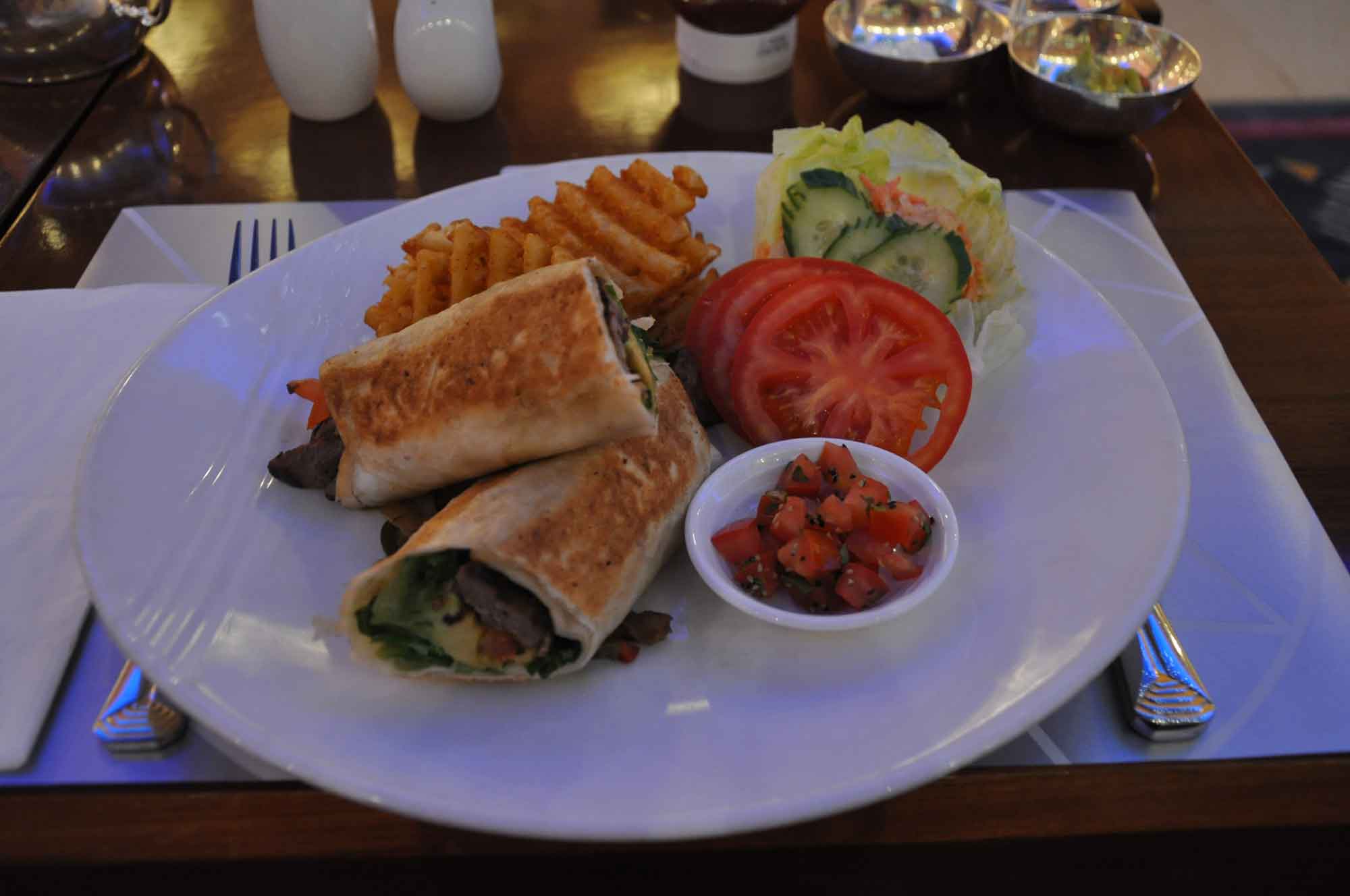 One significant bonus is that Crystal Lounge and Deli is open 24 hours.  Breakfasts in Macau can sometimes be a dodgy affair if you’re not into what the locals eat, so it might make for a good early morning option before you set off and start your day.