Don Quijote has no reputation around town and I wouldn’t be surprised if the place has gone out of business by the time you read this.  Located on Rua de Regedor, it’s part of a string of restaurants on a very tourist heavy dining street in Taipa Village, all of which should probably be avoided. 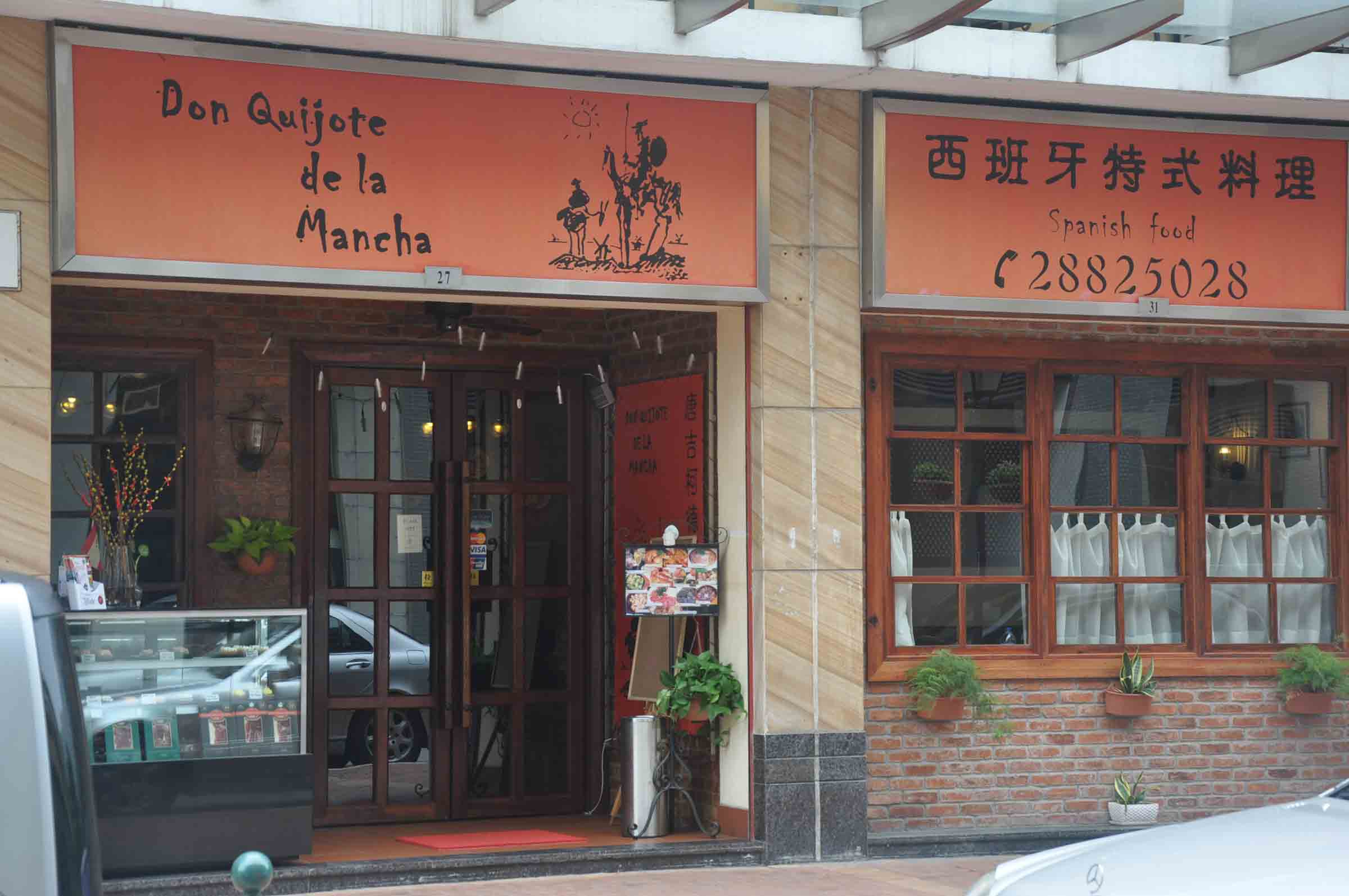 The only reasons I gave Don Quijote a try was because the decor looked interesting and Spanish cuisine can be surprisingly hard to find in Macau. 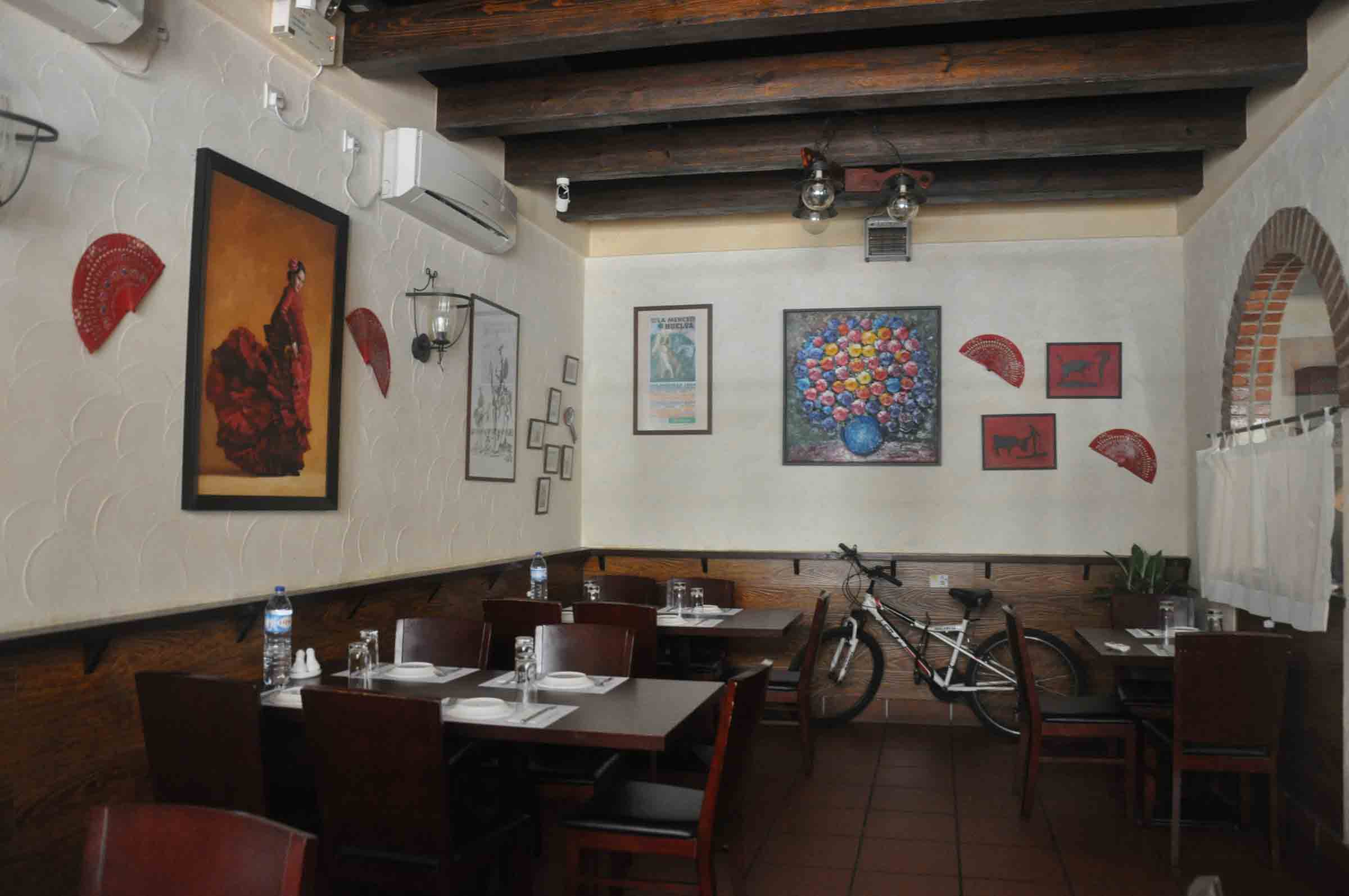 I dined with my good friend Jane Law and we tried two appetizers, one soup, one salad and two mains.  The word to describe all the food we had was “off”, and maybe just off at that. 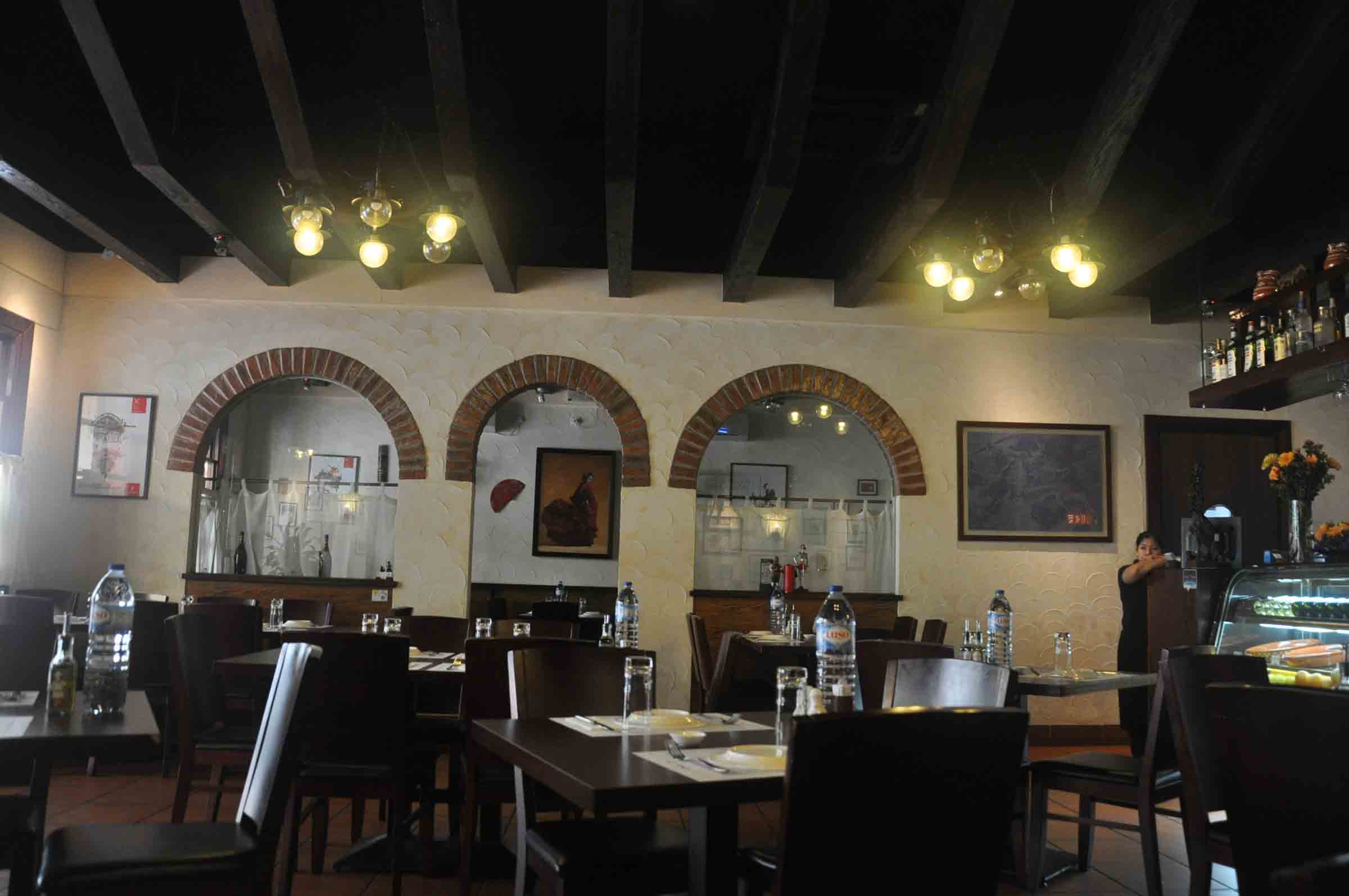 It seemed to us that if the chef used a bit more knack, or added a touch more of this, or took away a little bit of that, then the food would have been a lot better and maybe even good.  As it was though, everything was missing something, and we didn’t like anything we ordered.

The two mains, in particular, were severe letdowns.  The Seafood Rice ($180) was baked too long which took all the bite out of the seafood, and it was the same story with the Grilled King Prawns ($200).

Garnished with a weird seasoning, it tasted like food that had been picked up off a slab in the morgue, dead and lifeless.

The Iberian Salad ($90) was a simple combination of ham and vegetables, but there was no talent in the mix and the dressing didn’t jive either, making it another poor choice as well.  As for the Broccoli ($35), Garlic Calamari ($60), and Pumpkin Soup ($25), the best you can say is they weren’t expensive, and that’s as good as it got at Don Quijote.

Not cheap in the least, our bill for two came to $682 Mops, far too much to pay for the trash we had.  If you’re dining in Taipa Village, definitely try A Petisqueira, Antonio, or O Santos instead. 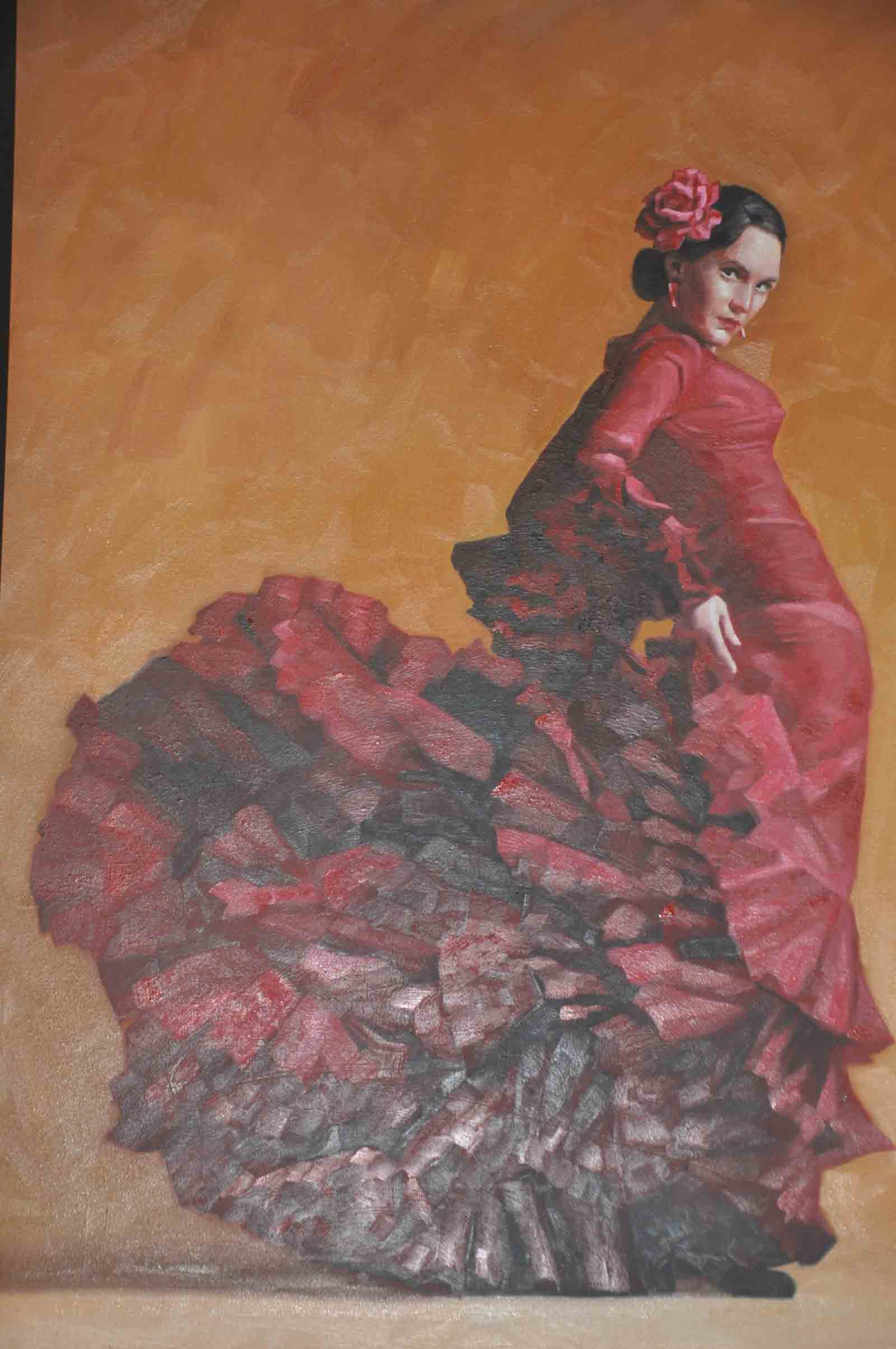