Golden Flower is one of three restaurants with Michelin star distinction at Wynn Macau, and probably the only one that deserves it.  Marketed as “Tan” cuisine, or Imperial Qing, the restaurant serves a wide array of Chinese cuisine, with Beijing, Shandong, Sichuan and Cantonese fare on offer. 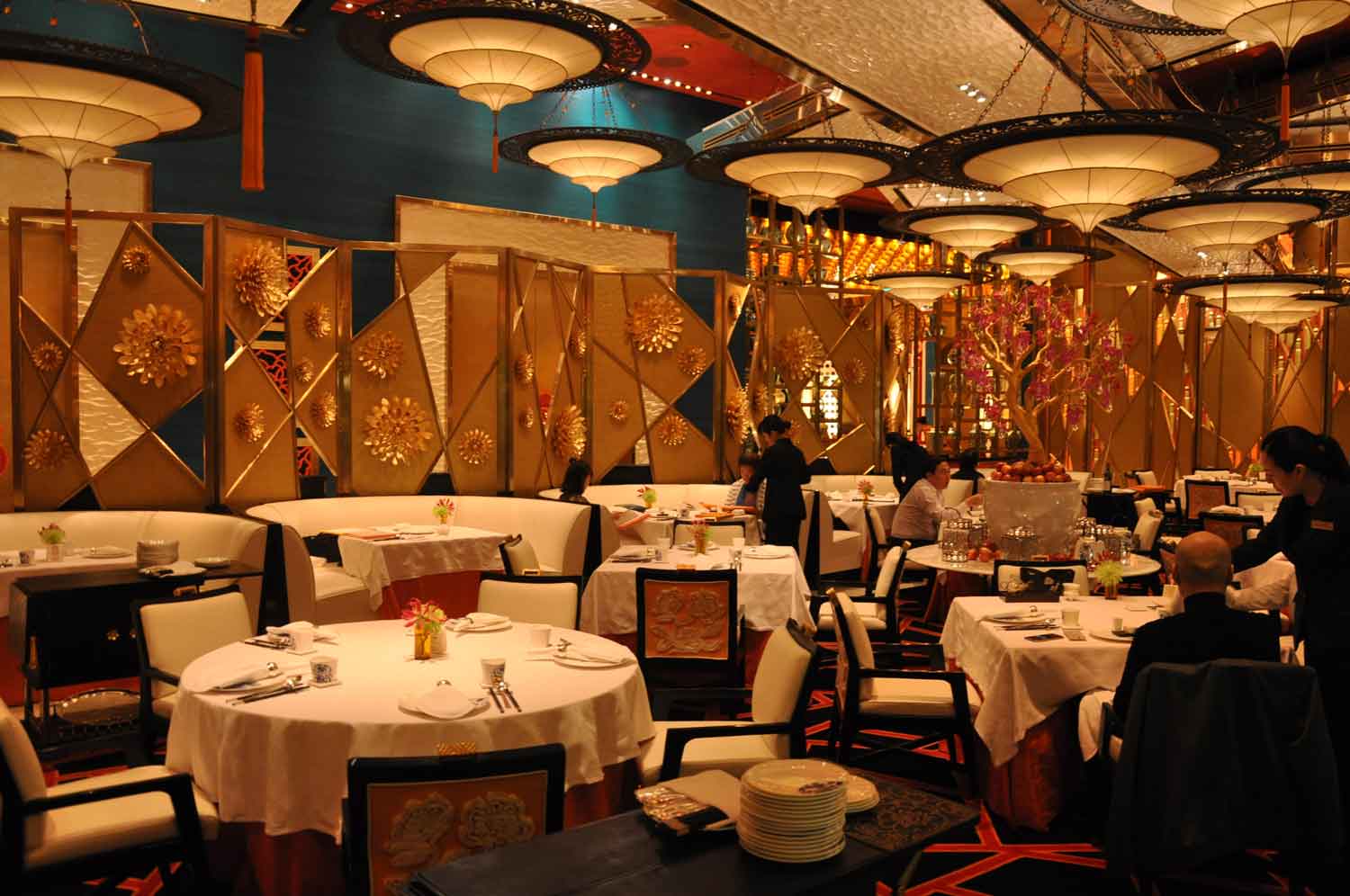 I tried a selection of food from these different regions, ordering Spring Chicken ($78), Beijing Roast Pork ($70), Crab Meat and Tofu Soup ($68) and the Seafood Soup with Chicken, Fish and Shrimp ($268).

Apart from the spring chicken appetizer far too smoky, salty and oily, every other dish was a treat to eat, with the Roasted Pork a particular highlight.

The service was of the highest standard as well, and they even let me cancel a dish after it was clear that I ordered too much.  The waitress was extremely proficient and professional throughout, and did an outstanding job introducing the different dishes and the history behind them.

It was such a contrast to my disappointing meal at Wing Lei an evening earlier, where noisy mainlanders had the rule of the room, treating the concept of fine dining like a birthday party at KFC.

In terms of Michelin starred restaurants at Wynn Macau, Golden Flower deserves its two star designation and is definitely the one to try.  With plenty of selections available for less than $150, it’s also quite affordable for being such a highly acclaimed (and good) restaurant. 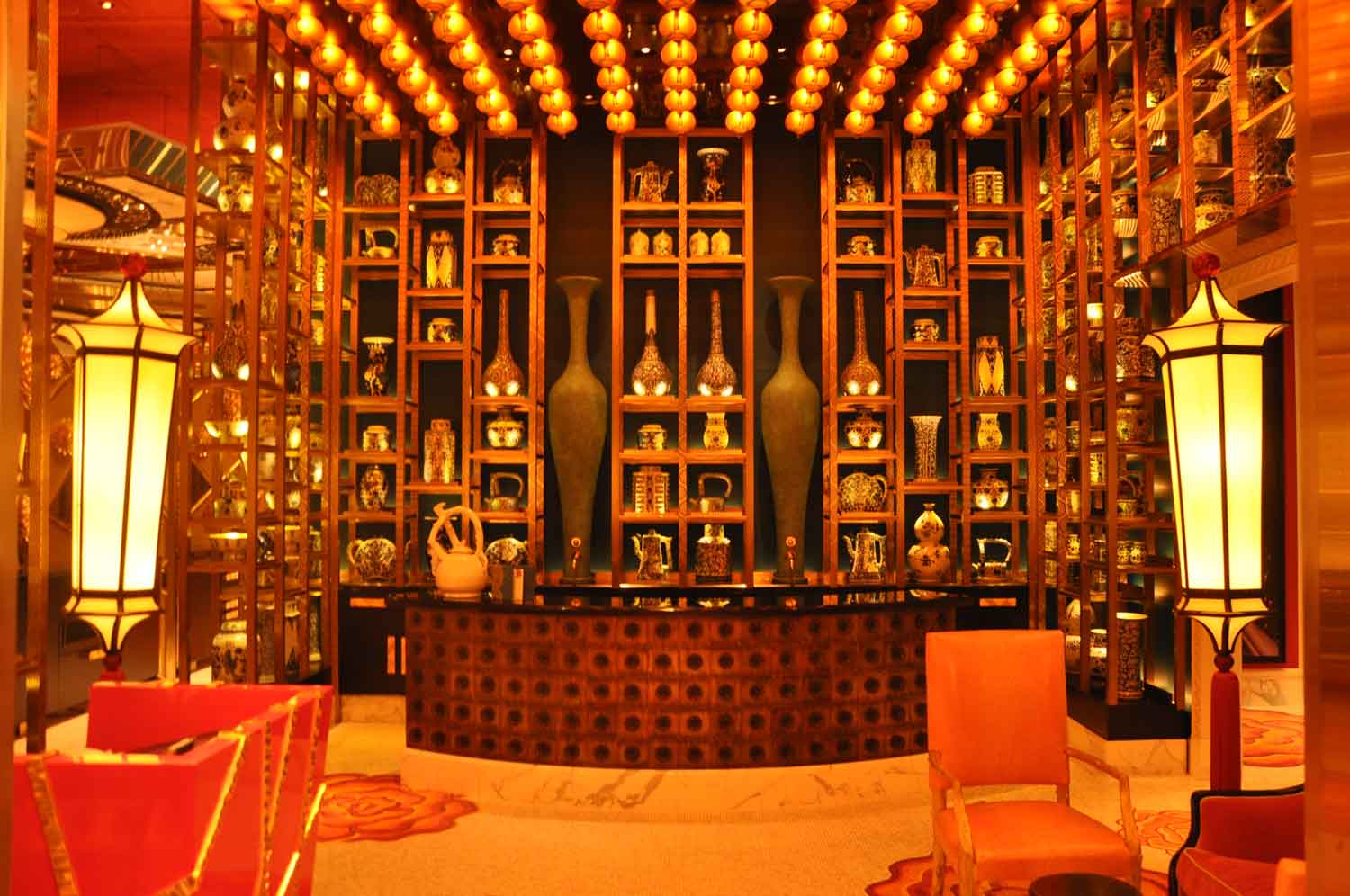 It has some very funky lighting though, so don’t expect many (any??) of your pictures to rock Instagram or Facebook.

In May 2017, I returned to Golden Flower and tried four of their Chef Recommendations: Tossed Starched Noodles and Cucumbers with Mustard ($80), Double Boiled Pigeon Soup with Tian Ma and Figs ($100), Rice Smoked Duck ($110), and Dong An Braised Chicken With Spicy Sauce ($180).

The food was just as good as the first time, with the only letdown being the Tossed Starched Noodles.  They must have been made with the Chinese market in mind, because I can’t think of any Westerner who would like it.

Barely edible, the mustard was so strong and overwhelming that it burned holes through my nose like I’d just done a bad rail, and I had no idea what the point of that torture was.

Apart from that, all of the other dishes were spot on, in particular the Rice Smoked Duck and Pigeon Soup.

Smoky but not overwhelmingly so, the duck was moist and tender while the soup flashed great balance, and one very pleasant clean pure taste.

The Braised Chicken was prepared in strips covered in hot sauce and would have gone great with rice.  A very simple dish, I was somehow expecting it to be more complex; however it was still very juicy and I wasn’t displeased with it. 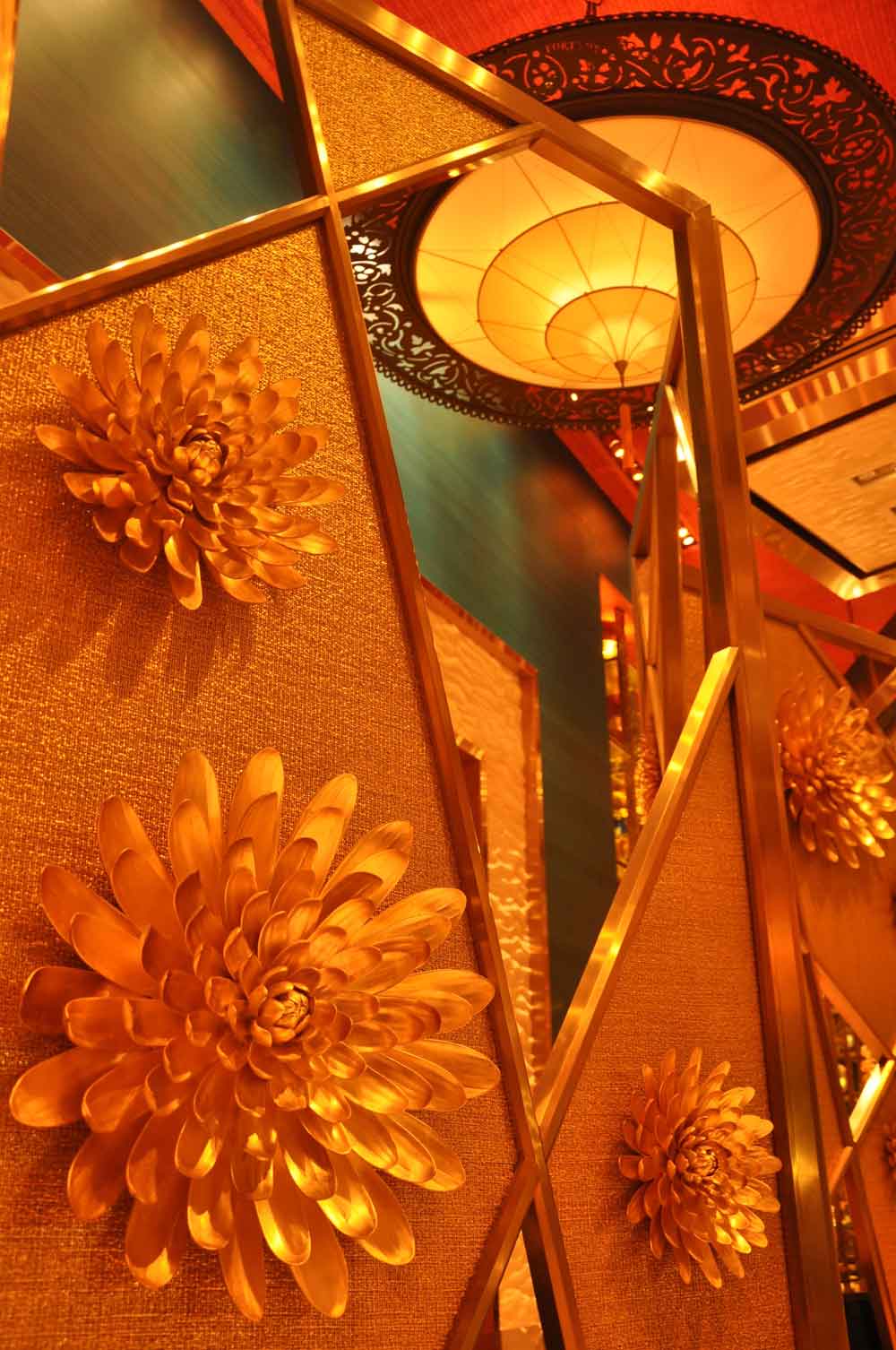 In my next visit to Golden Flower, I plan on trying one of their set meals, which run around $900 Mops.  I’ve heard they make for a great overview of Chinese cuisine, and with all the good reviews they get, I doubt I’ll be disappointed.