IFT Educational Restaurant might have the worst restaurant name in Macau, but don’t let that dissuade you from trying it out.  Attached to the lovely Pousada de Mong Ha guesthouse, it’s staffed by students in training who are learning the hotel industry, and use the restaurant to get real world waitress and waitressing experience. 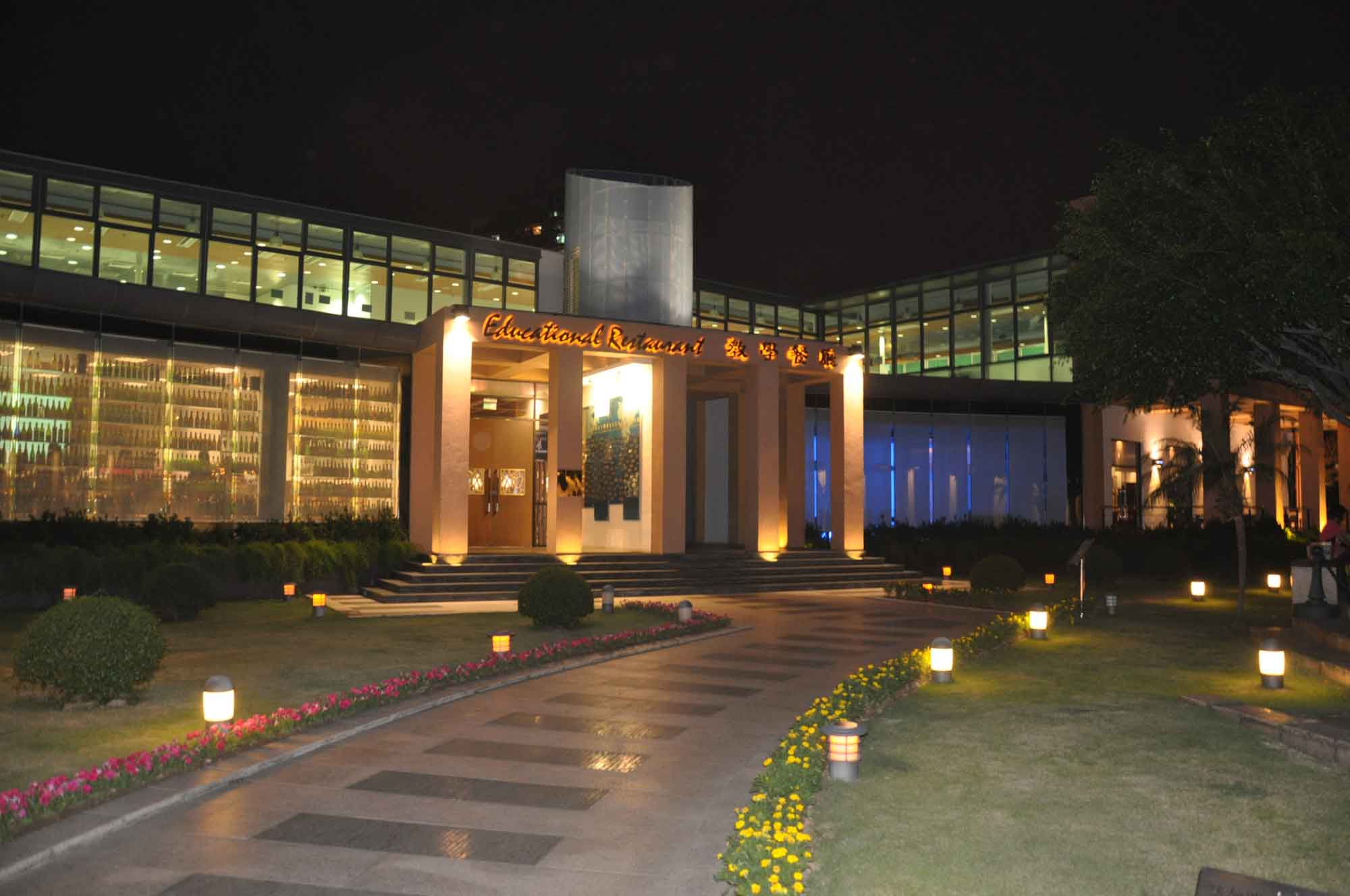 While that may result in the occasional error or two, I’d much rather be around them than hardened veterans of the industry who populate some of Macau’s better known Portuguese restaurants. It’s like some of them packed it in ten years ago and haven’t smiled since, on the job or otherwise. 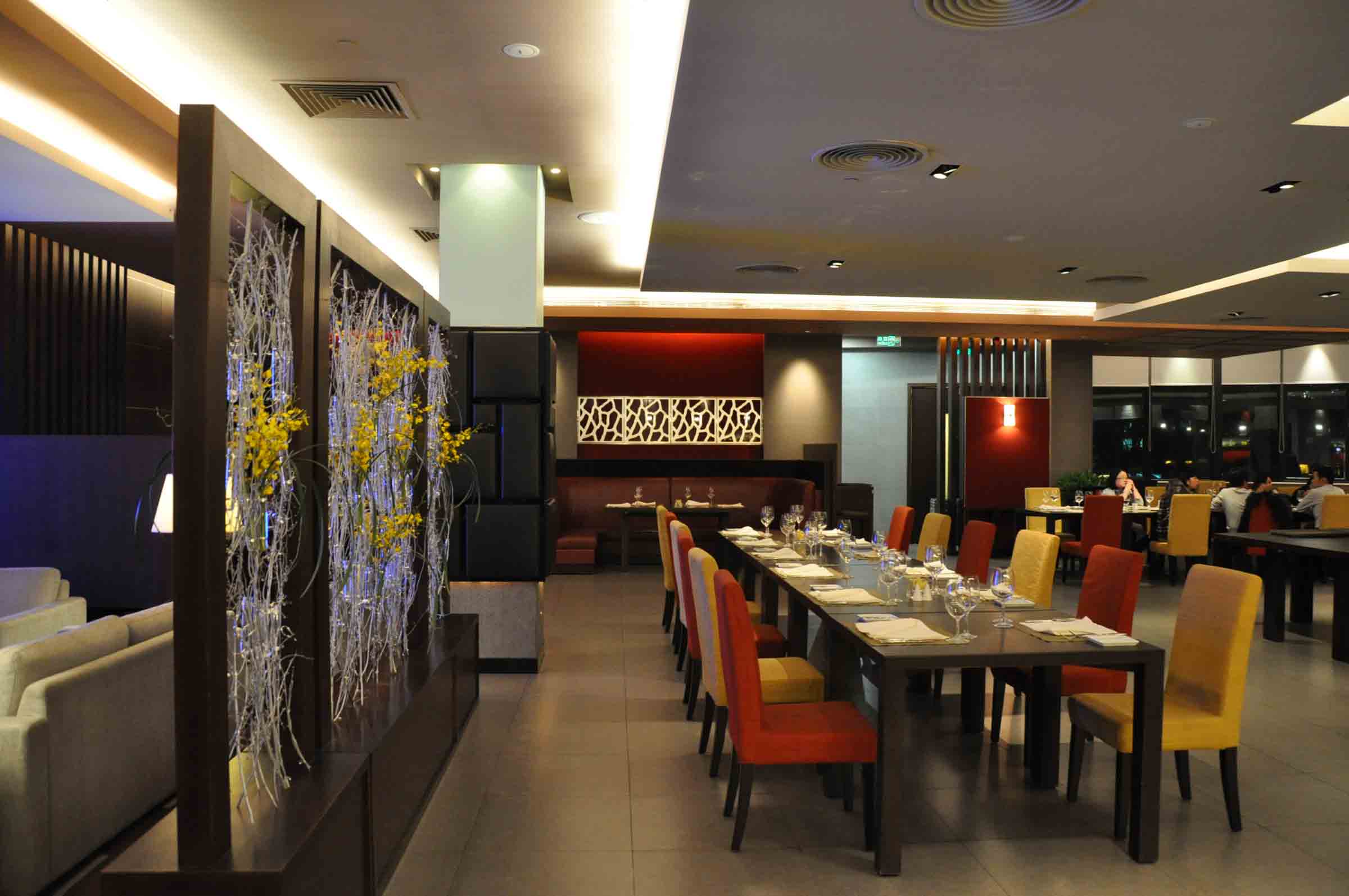 IFT Educational Restaurant has a sterling reputation around town and used to consistently rank as the top Macau restaurant on Trip Advisor around 2010 and 2011.  They’ve since taken a bit of a fall but don’t take that to mean that standards or food quality have gone down, because they most certainly have not.

Still a fantastic choice today, especially in the area of value, IFT doesn’t add any tax or service charges to the bill while most mains stay in the $100 to $200 range.  The fare is predominately Portuguese and Macanese with some other World selections thrown in as well, such as New Zealand lamb, Australian tenderloin and various linguini and pasta. 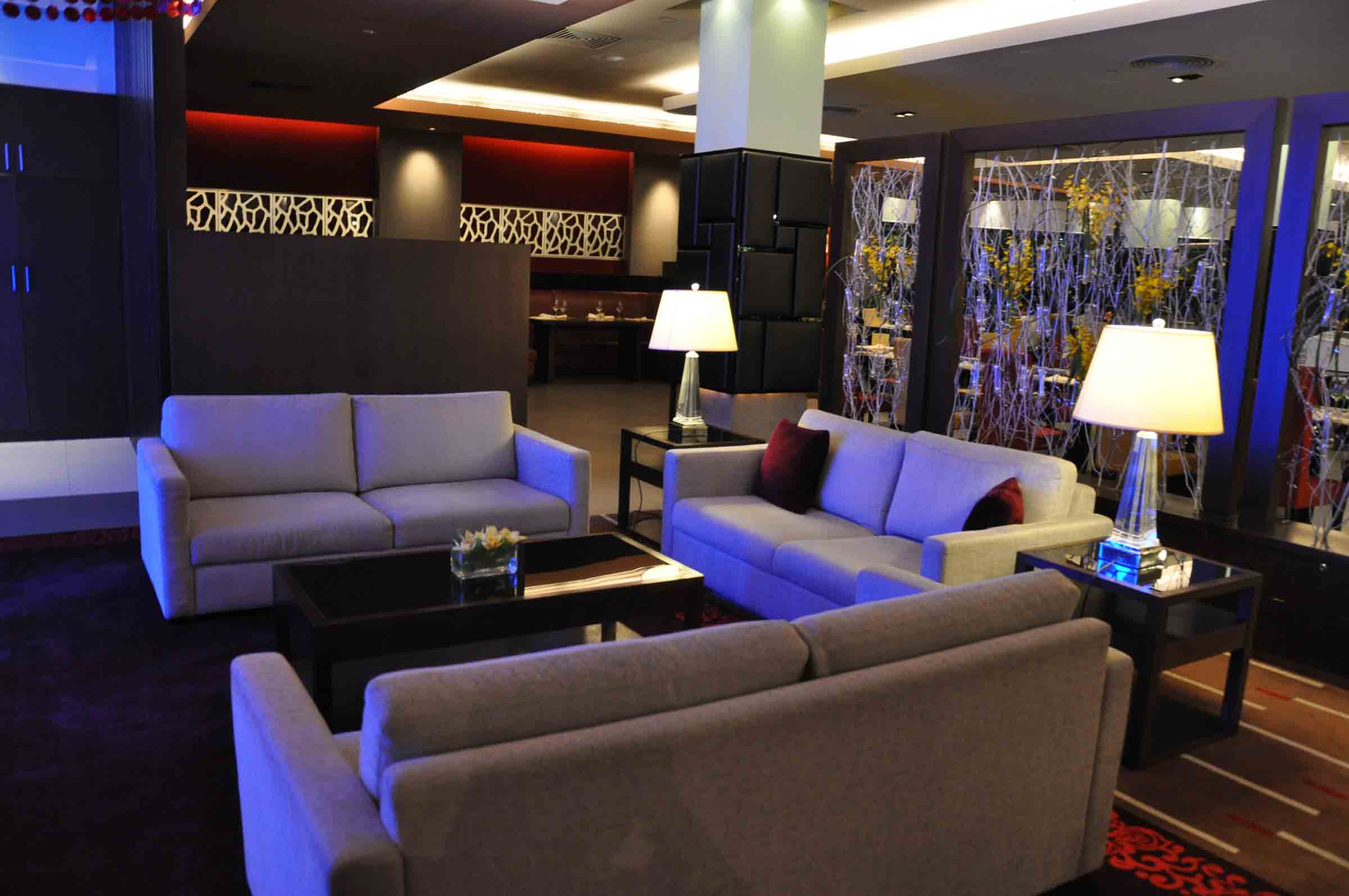 IFT’s Portuguese wine list also deserves a word of mention.  You will not find a larger better Portuguese wine selection for lower prices anywhere else in town, save for MacauSoul, of course.   Strictly in terms of restaurants though, IFT stands alone at number one, and no one else comes particularly close.

The evening I dined there I ordered four dishes and three of them were out of this world.  The Duck Confit appetizer was large enough to be a main course meal and seriously succulent at that, the meat just begging to be taken from the bone.

The Lobster Cappuccino Soup was thick and tantalizing, rocking a full bodied broth, really good value for only $70.

The Squid Ink with Prawns came out last and I was surprised to see it presented as a pasta dish.  Whatever, the prawns were moist as hell and complemented the thick black noodles perfectly, making it another smashing selection.

The only thing I didn’t care for too much was the Garden Salad, which didn’t have enough vegetables or a dressing I really liked.  At least it wasn’t expensive though, only $70.

All told, my bill came to only $370, which is a phenomenal price in Macau for a four course meal.  If judged by their a la carte menu alone, then IFT probably deserves 5 stars.  There is another matter to consider though, that of the Friday Night Macanese and Portuguese Dinner Buffet. 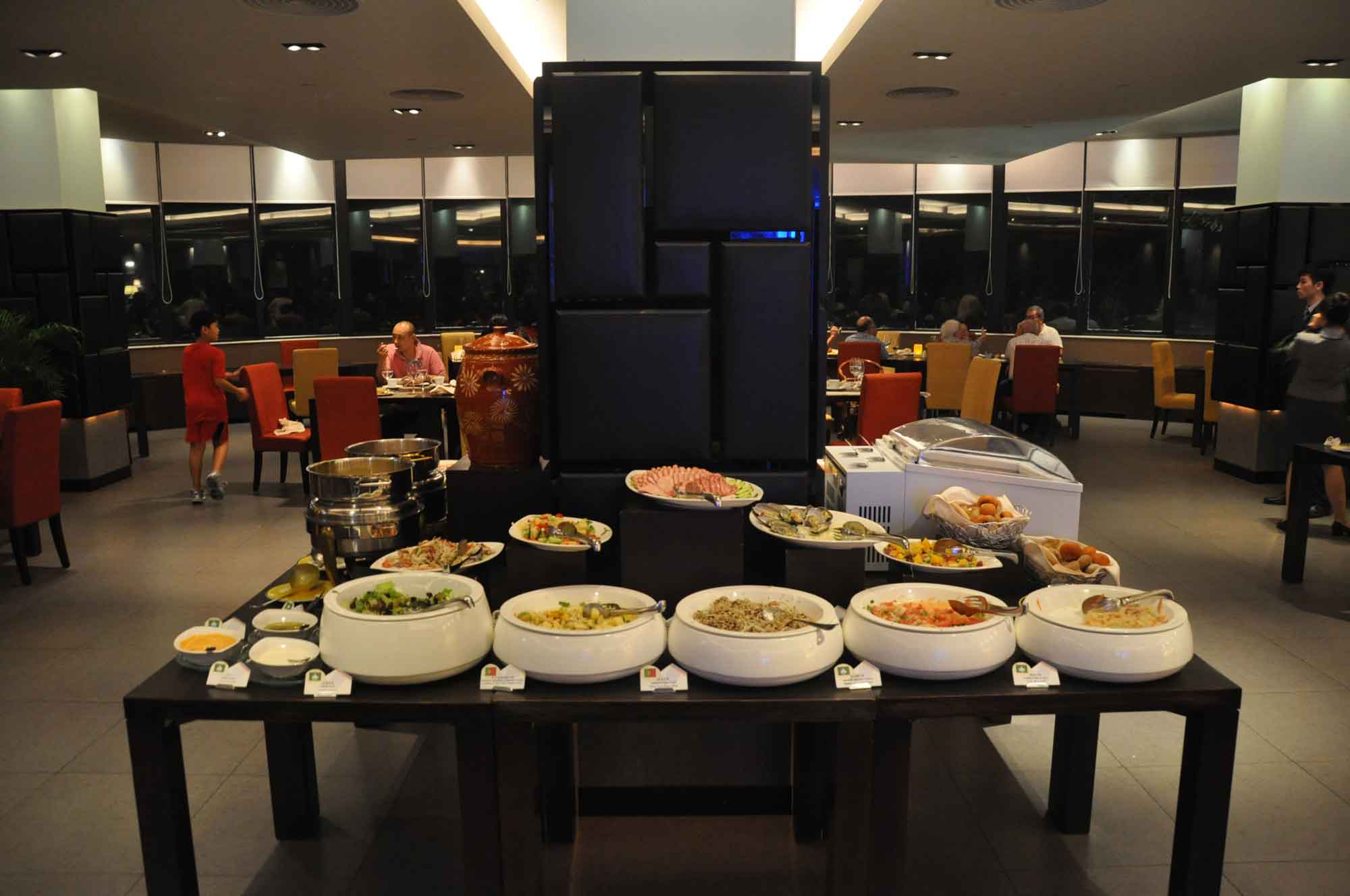 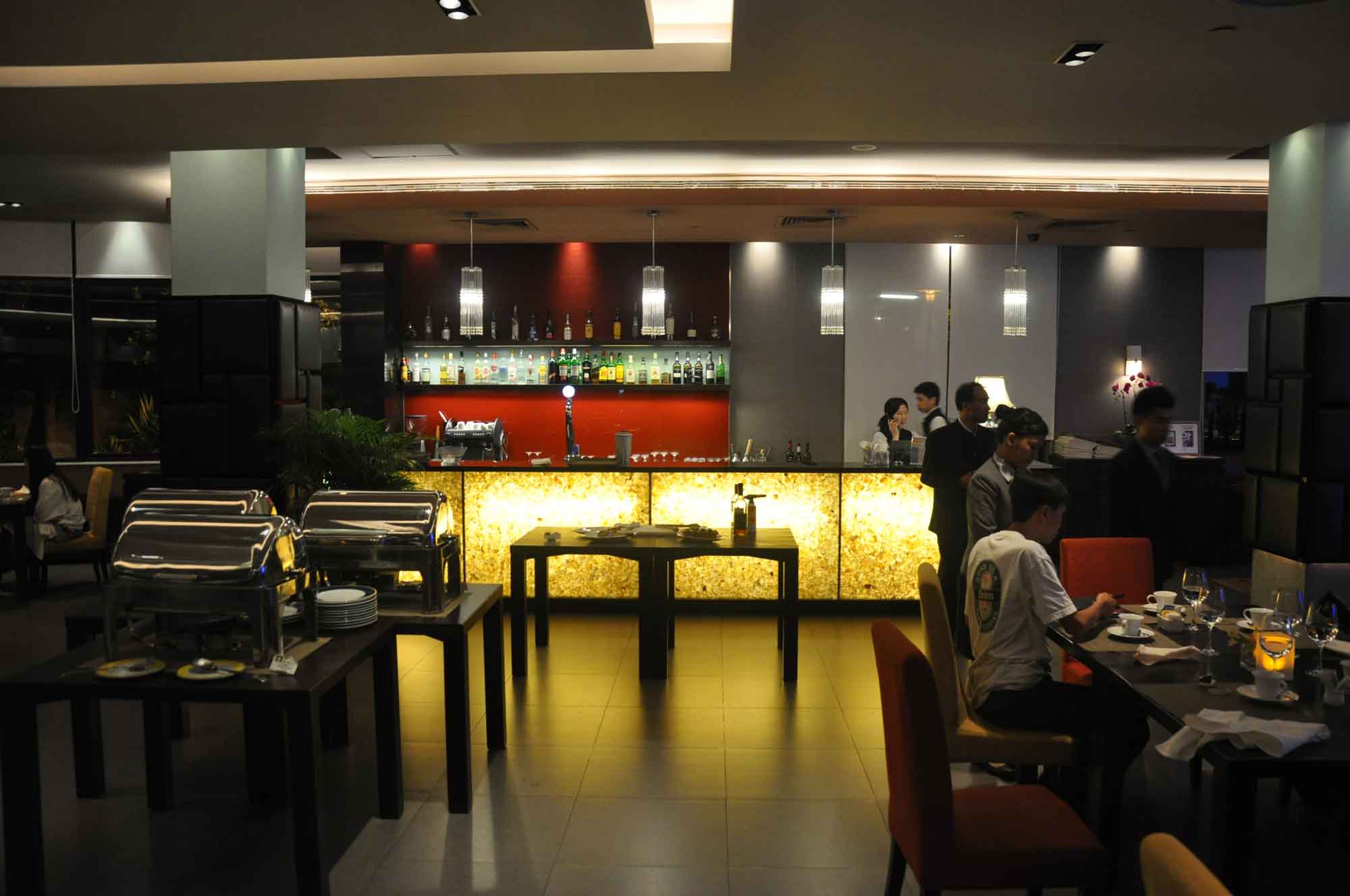 Notable omissions, however, include African Chicken, Minchi, Baked Codfish, Curried Crab, and Macanese Chili Shrimps.  Any Macanese buffet worth their salt needs to offer African Chicken and Minchi at least, but you’ll only get that love on IFT’s a la carte menu. 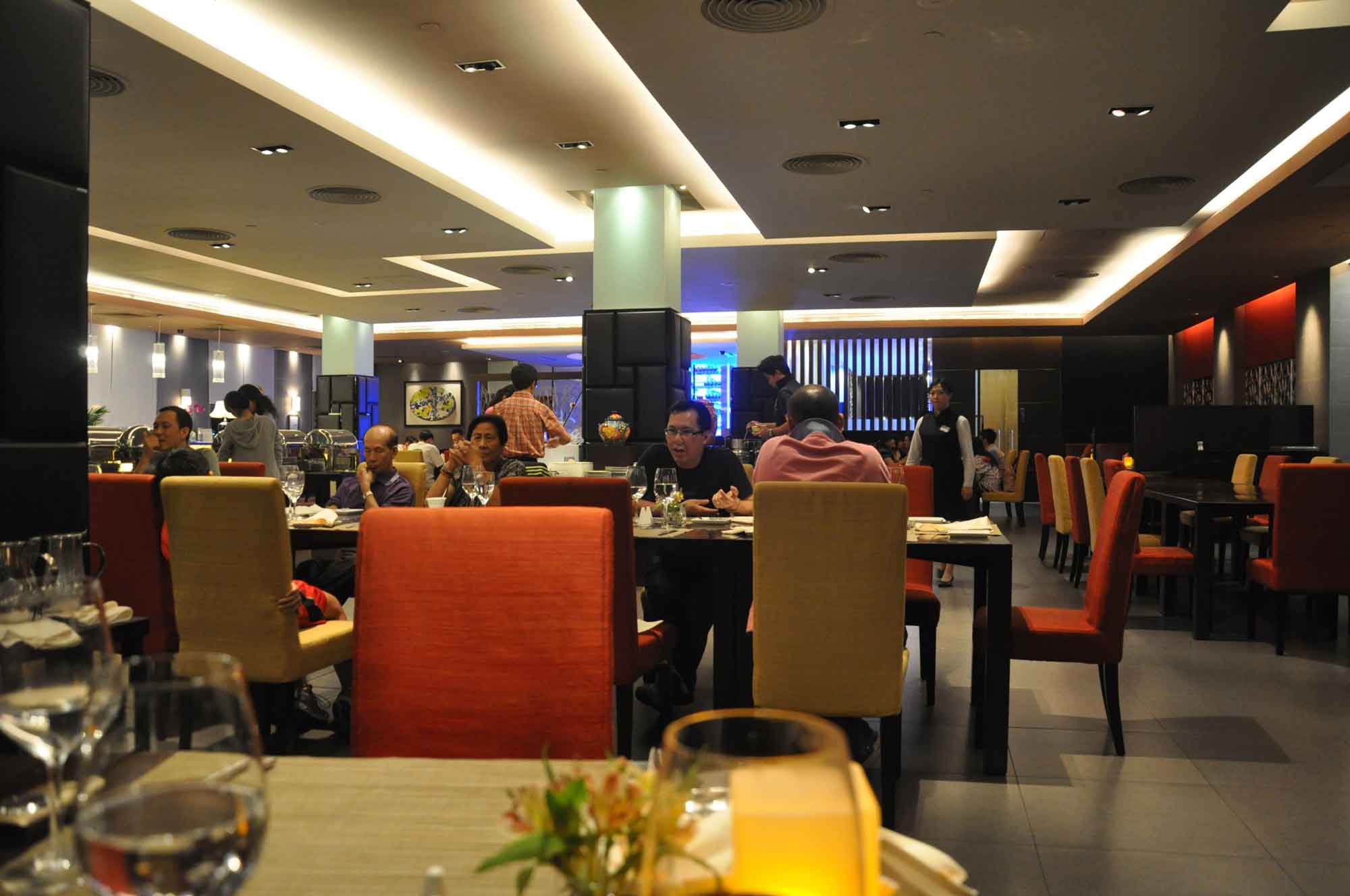 To see exactly what’s served during the buffet, please follow the link to IFT’s website: Macanese and Portuguese Dinner Buffet. 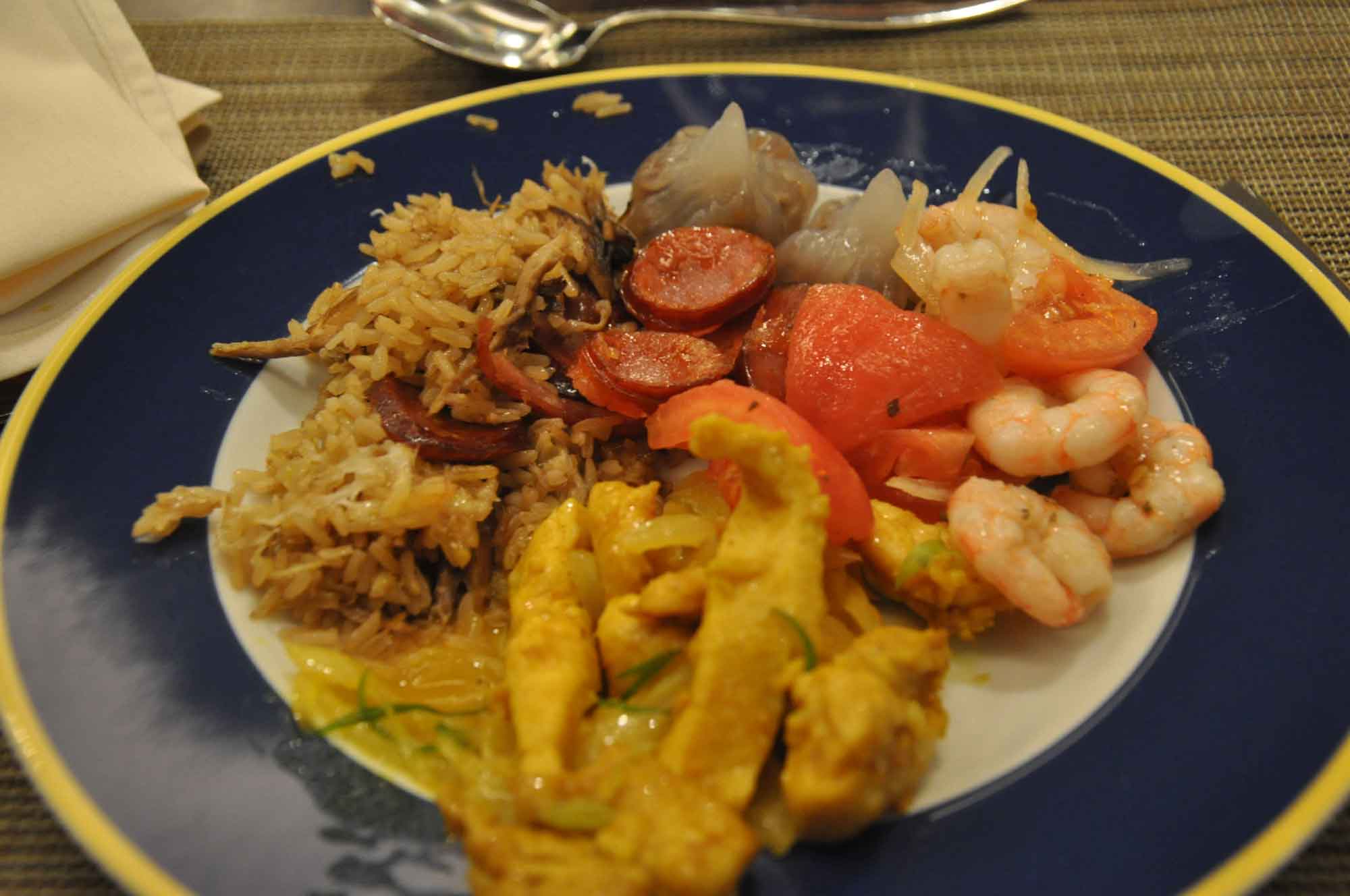 I committed the cardinal sin of going to a buffet and not being very hungry, so I didn’t sample as much of the food as I wanted to. 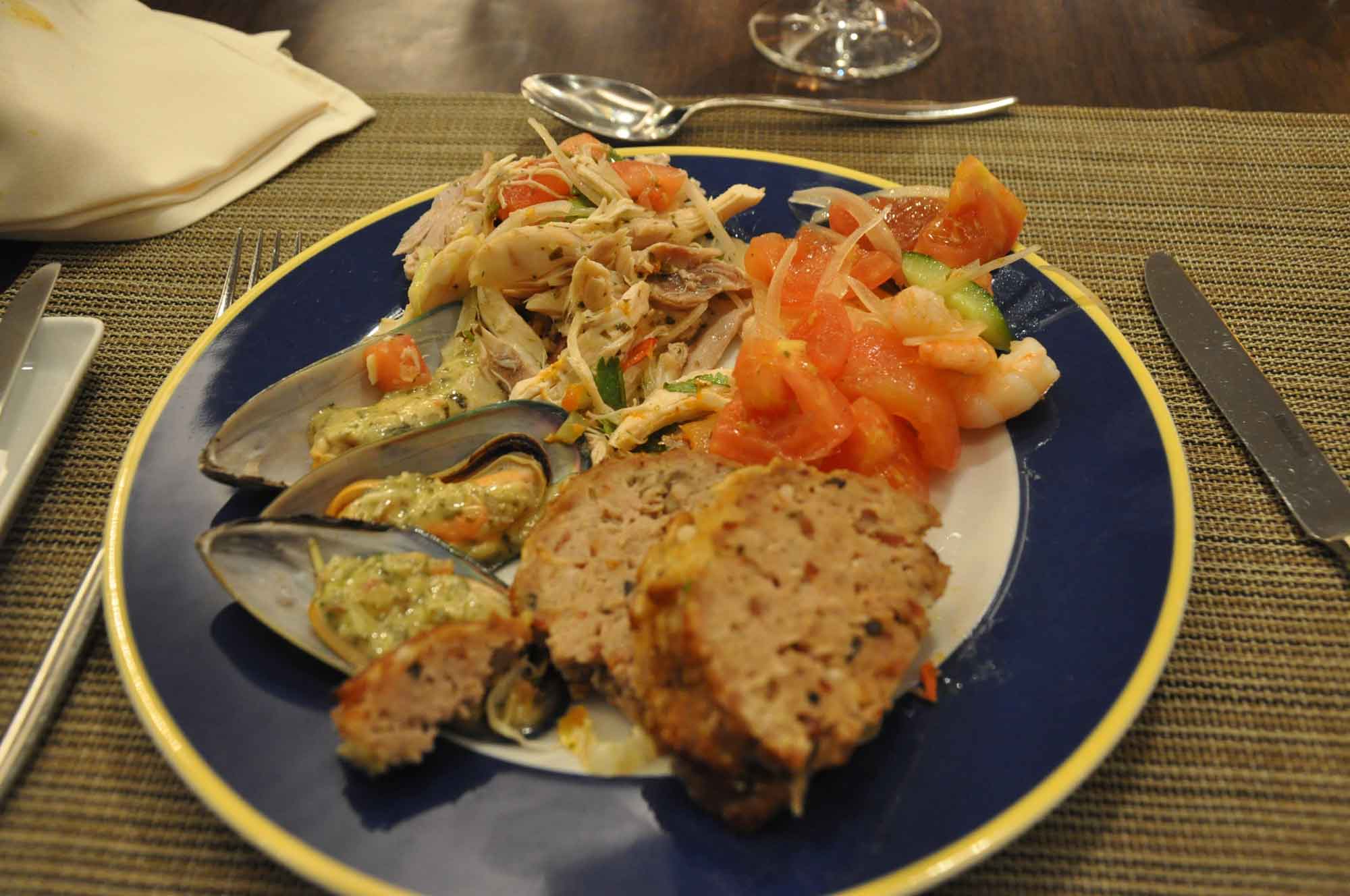 Most of the selections on offer were extremely thick and heavy, or utilized a very rich sauce, so I probably wouldn’t have lasted that long anyway, even if I had been starving. 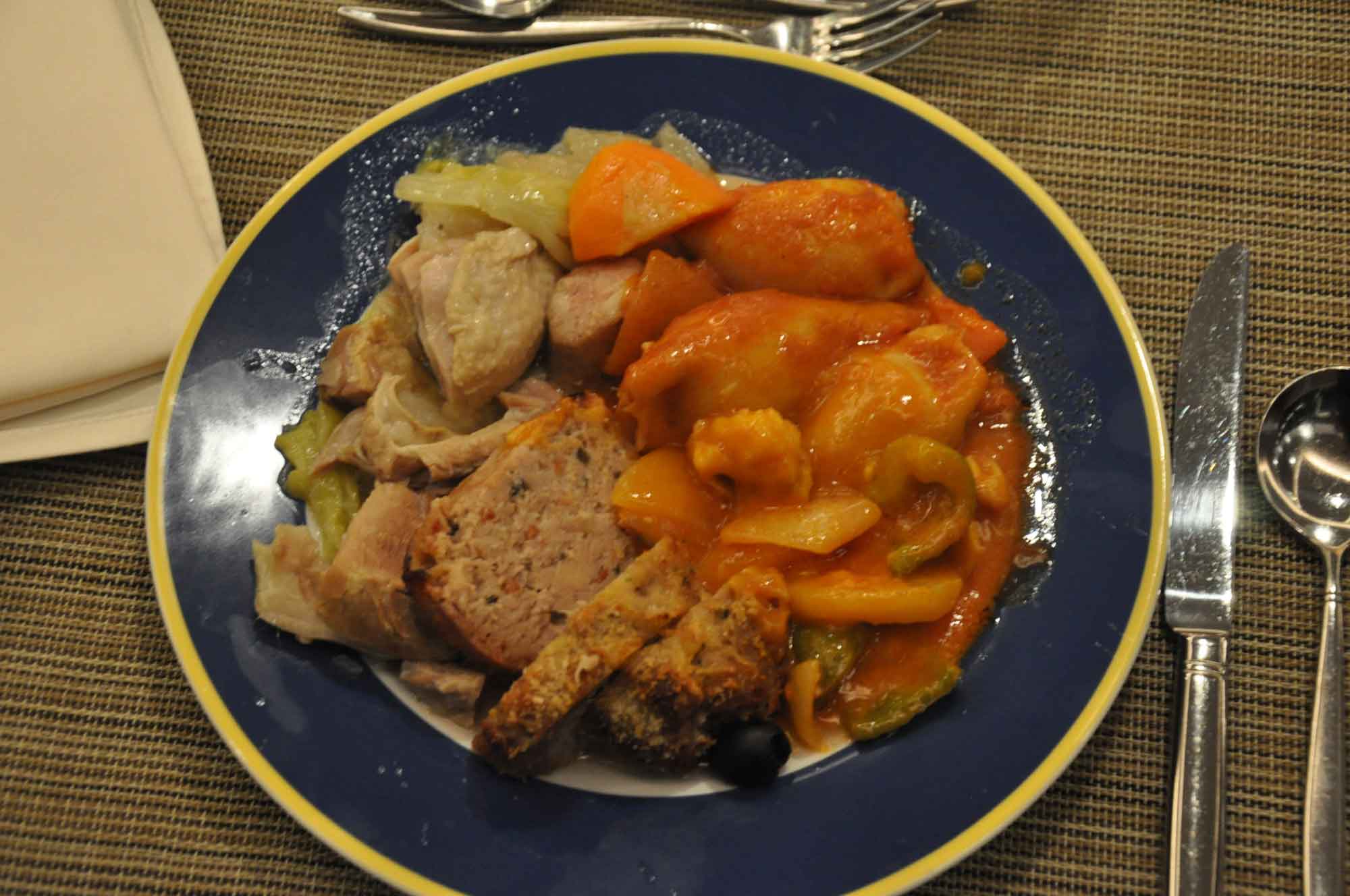 Still though, as an introduction to Macanese/Portuguese food however, you can certainly do a lot worse, especially for the cost, only $280 per adult. 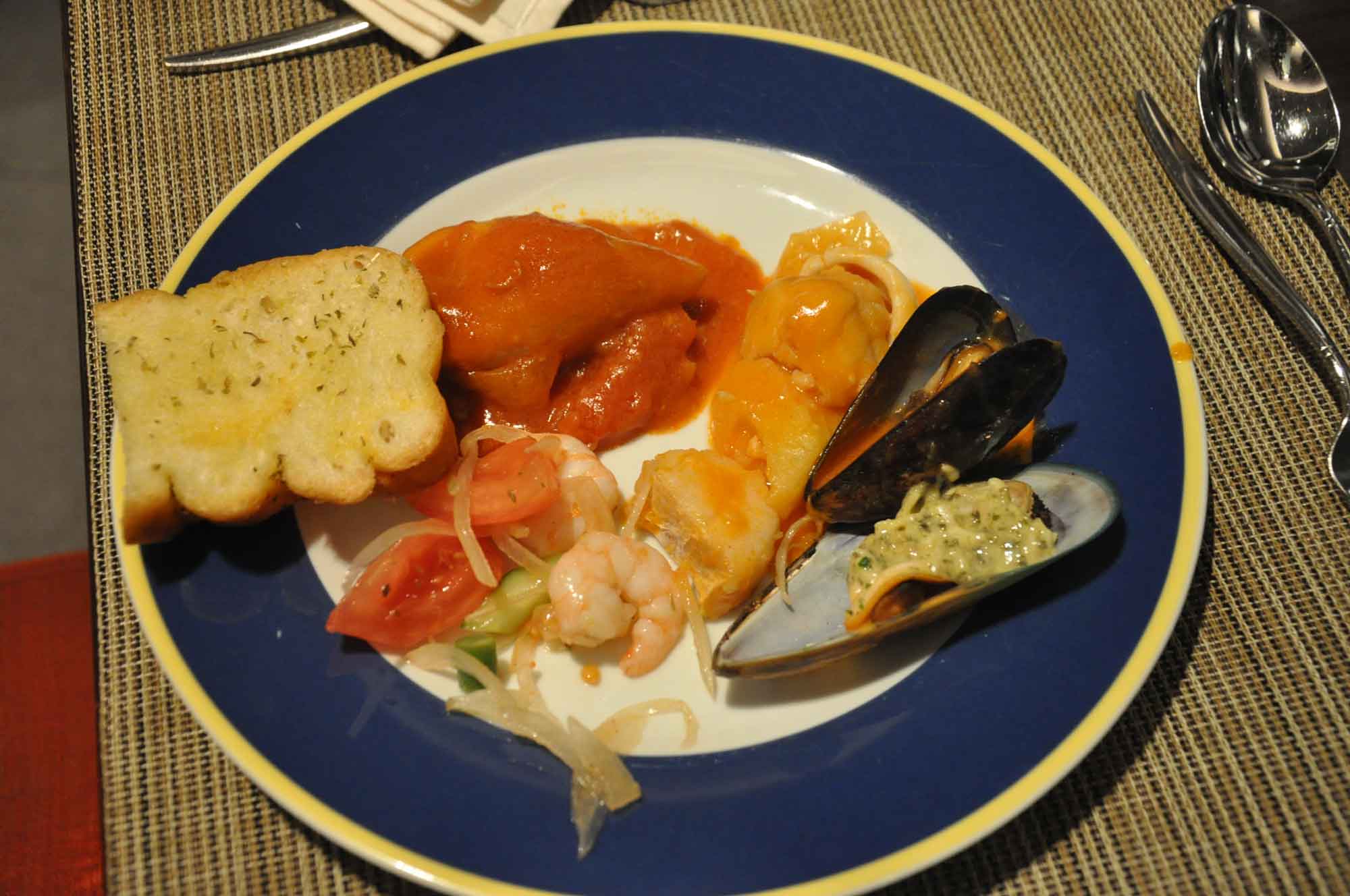 While the overall selection might be a little lacking, there isn’t a better dinner buffet in Macau for the price, which is why I still award it 4 stars overall.