I’ve probably passed by Lou Van Fai Kei a thousand times, given its location in Coloane Village that links the main bus stop with Tam Kong and Tin Hau temples.  And most every time I’ve walked by I couldn’t help but notice how busy it always seemed to be, with most of the outdoor tables usually full of people. 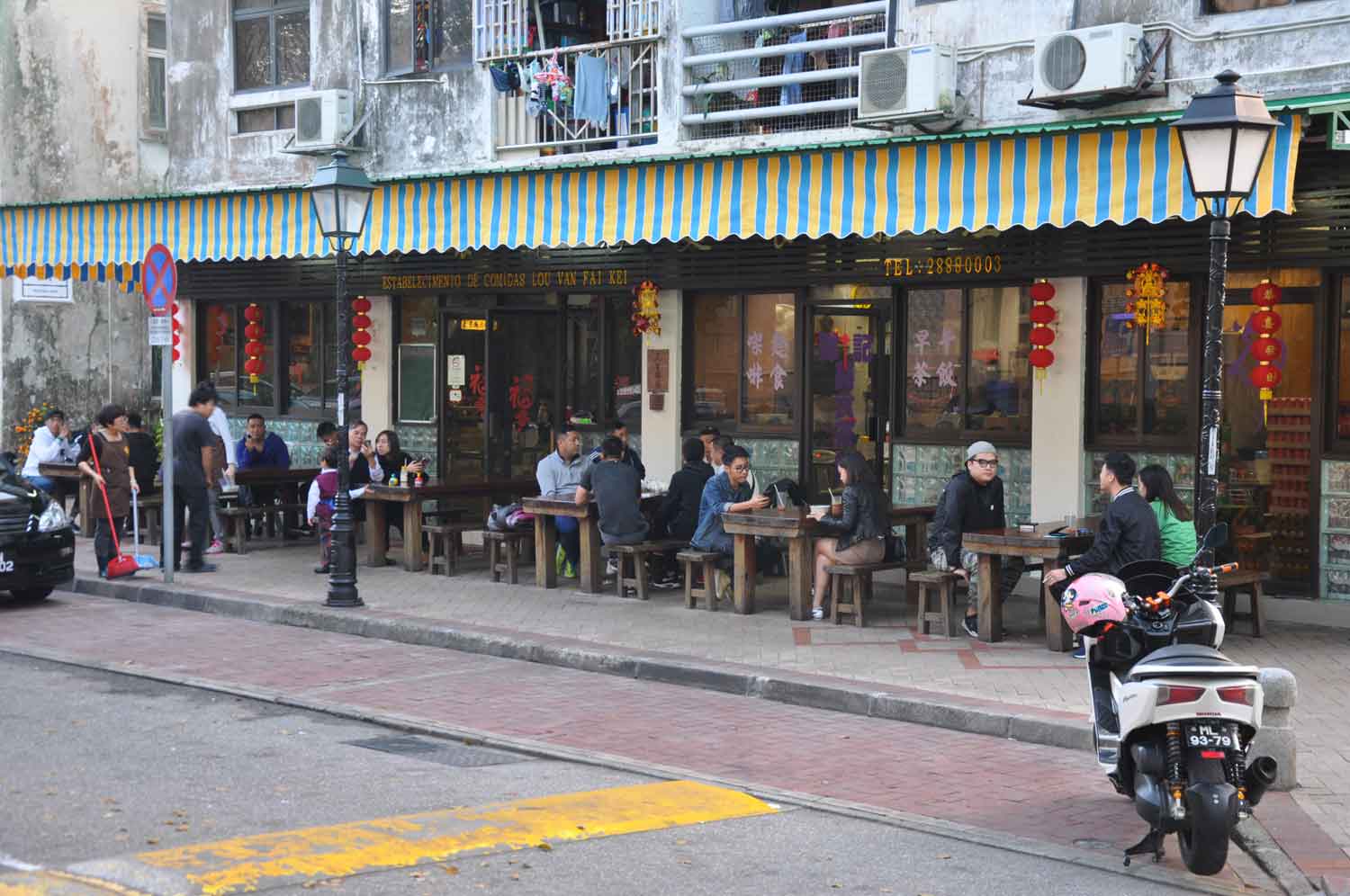 Wanting to get in on the secret, my friend and I visited for lunch during the 2017 Dragon Boat Races. 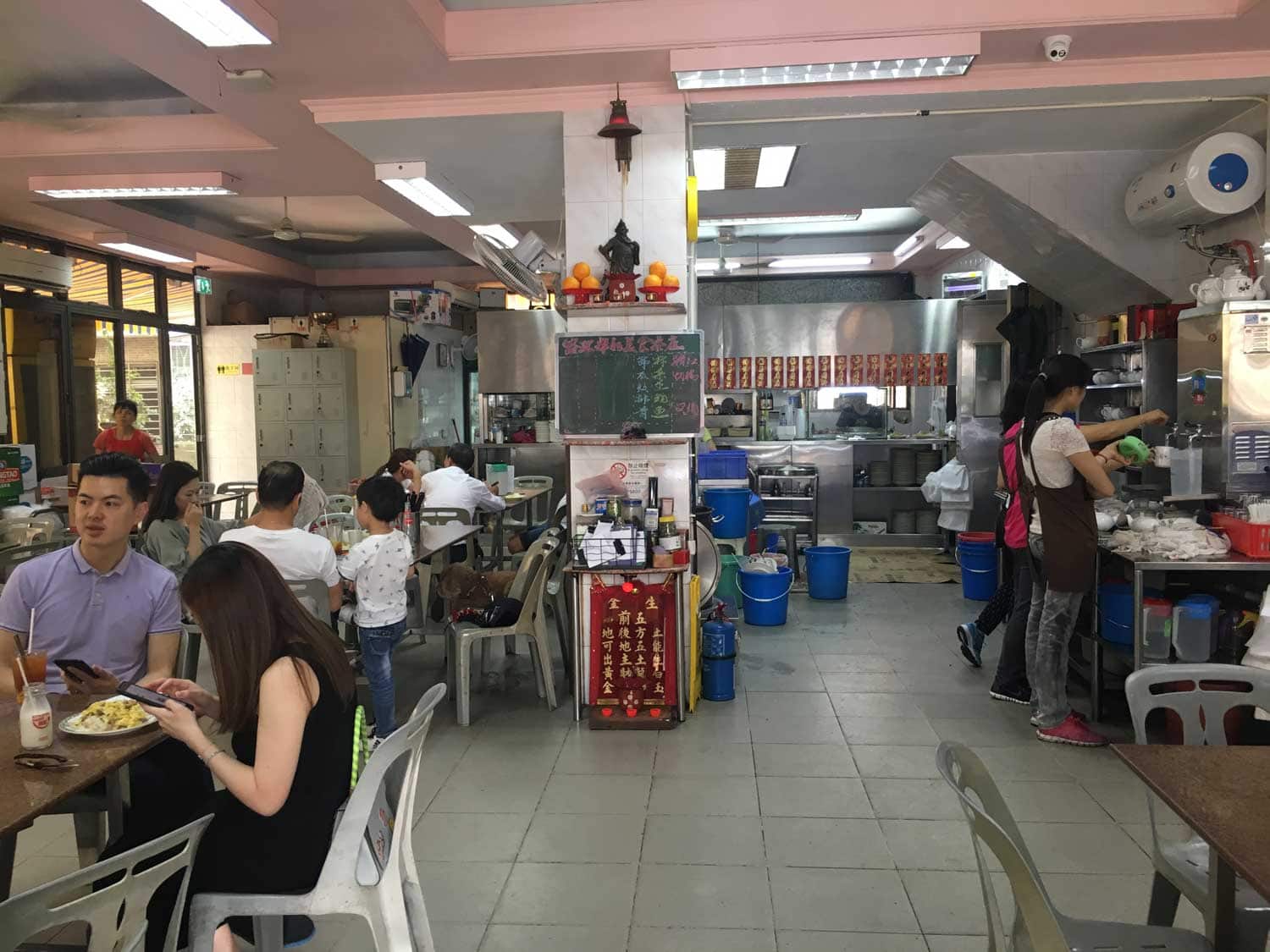 Nothing at Lou Van is expensive, with rice ($27 to $47), soup ($8), sandwiches ($10 to $20), dim sum ($8 to $14), and various noodles ($22 to $27) all available.  Generally speaking, when you order food you know you like in this kind of restaurant, then there’s a good chance you’ll enjoy it, but it will probably won’t blow you away either.  Indeed that basically summed up our lunch there, with no incentive given for a return visit, unless you’re already in Coloane Village and want something cheap and quick.

I think the two best dishes were the Beef Brisket with Egg Rolls ($22) and Chicken Leg Rice ($47).  I wanted to order the Duck Leg Rice ($47) instead but it was sold out so I had to pivot back to the chicken, which is a staple Cantonese offering in the south.

It’s a touch expensive at Lou Van, about $10 more than most other places, but still worth it.

I really enjoyed the Beef Brisket, which was served in a spicy soup with soft noodles and fresh beef.  For the price it was tremendous value, as was the Soup of the Day, which is only $8.

I had no idea what it was, but for that price, I don’t ask a lot of questions.

The Fried Barbecue Pork with Egg Rice ($27) was for my friend, because how anyone could eat egg and enjoy it is beyond me.  She called it a simple home style dish that wasn’t bad and then left it at that.

Avoid the Rice Vermicelli with Barbecue Pork ($27) as rice vermicelli is a useless noodle, totally devoid of taste, body, soul and substance.  If you order noodles there, get some sustenance and go with the egg noodles instead.  The macaroni might be a good alternative too.

Packed everyday, I’d almost call Lou Van a tourist trap, except there aren’t any tourists.  Service is fast and efficient and they have plenty of nice outdoor seating, which is rare in Macau.  If you’re looking for a quick refresh in Coloane Village that won’t cost an arm and a leg, this is the place. 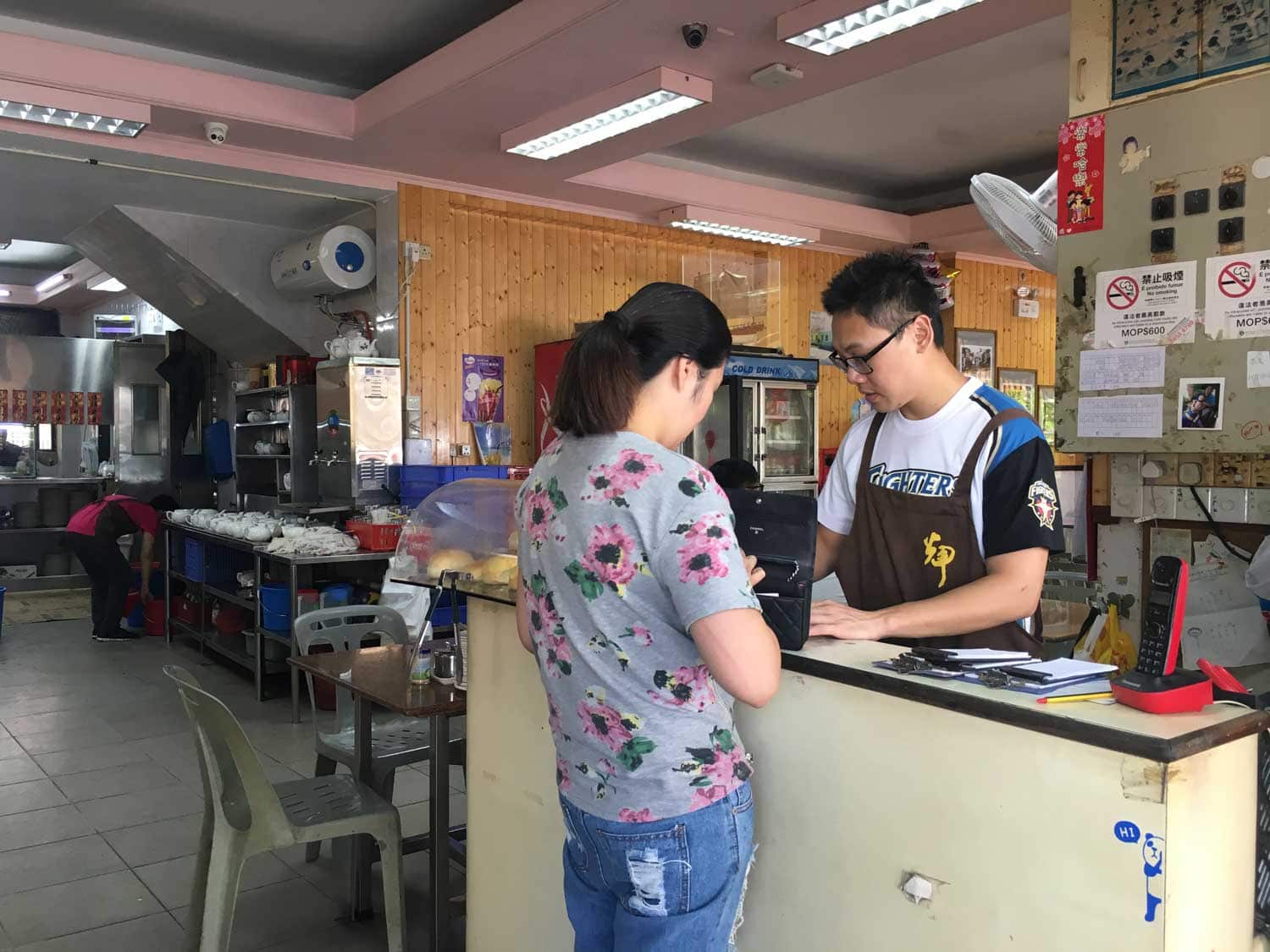