Without a doubt, Miramar is the single best venue for large group dining in Macau.  I’ve never seen a restaurant so packed as the night I was there in 2015, when almost every table was occupied by local Macanese families. 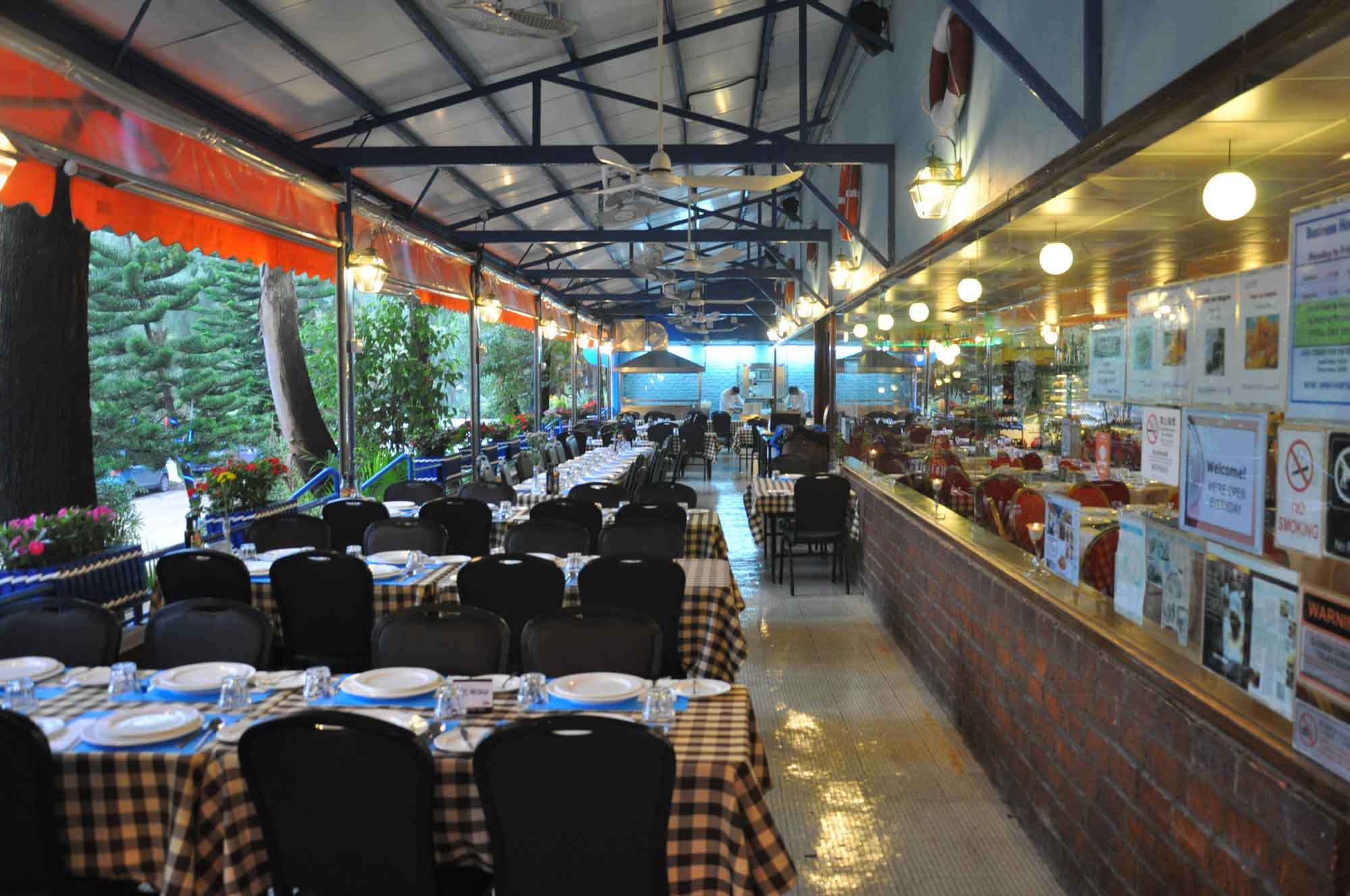 Waitresses paraded by all evening, carrying huge plates of meat and seafood that I wished were coming to my table, but were sadly heading elsewhere.  Almost all of it looked amazing, and I couldn’t believe how much good food managed to come out of one kitchen in such a short period of time. 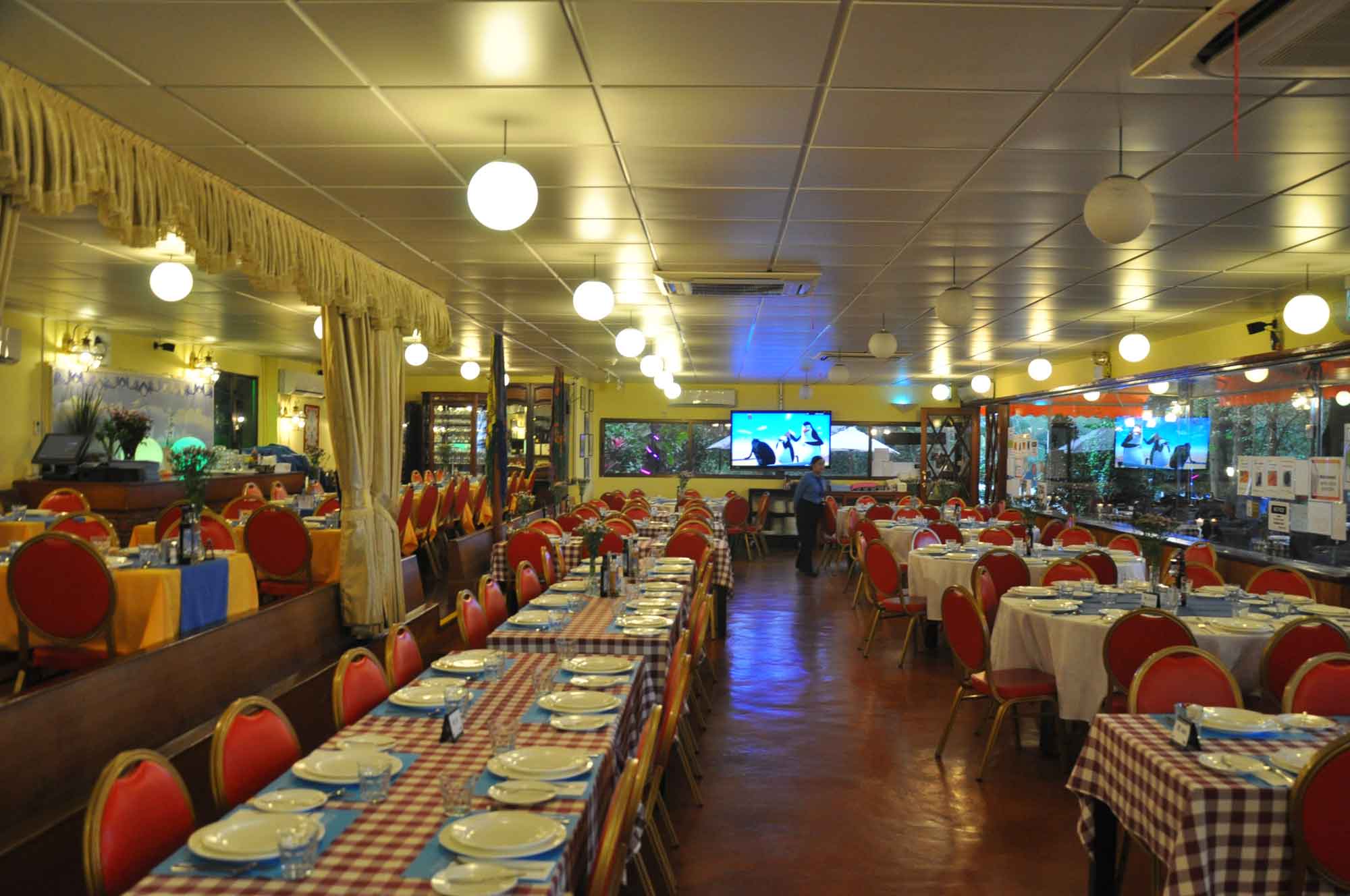 I dined with a former student of mine so we were only two people unfortunately, and didn’t need to order that much.  For appetizers, we tried the Croquettes ($60) and Spanish Clams ($148) with the Seafood Rice ($360) as our main.

The seafood rice was quite soupy, but I don’t mind it prepared that way and Miramar’s version is excellent.

The Spanish clams were another solid choice, loaded with vegetables and mixed in a tremendous tomato sauce that complemented it perfectly.

The croquettes were nothing special, deep fried too long and a little burnt, but I won’t let that affect Miramar’s rating too much.  That’s because I saw so much good food there over the course of the evening, and in such large monster portions, that I can’t give Miramar anything less than 5 stars. 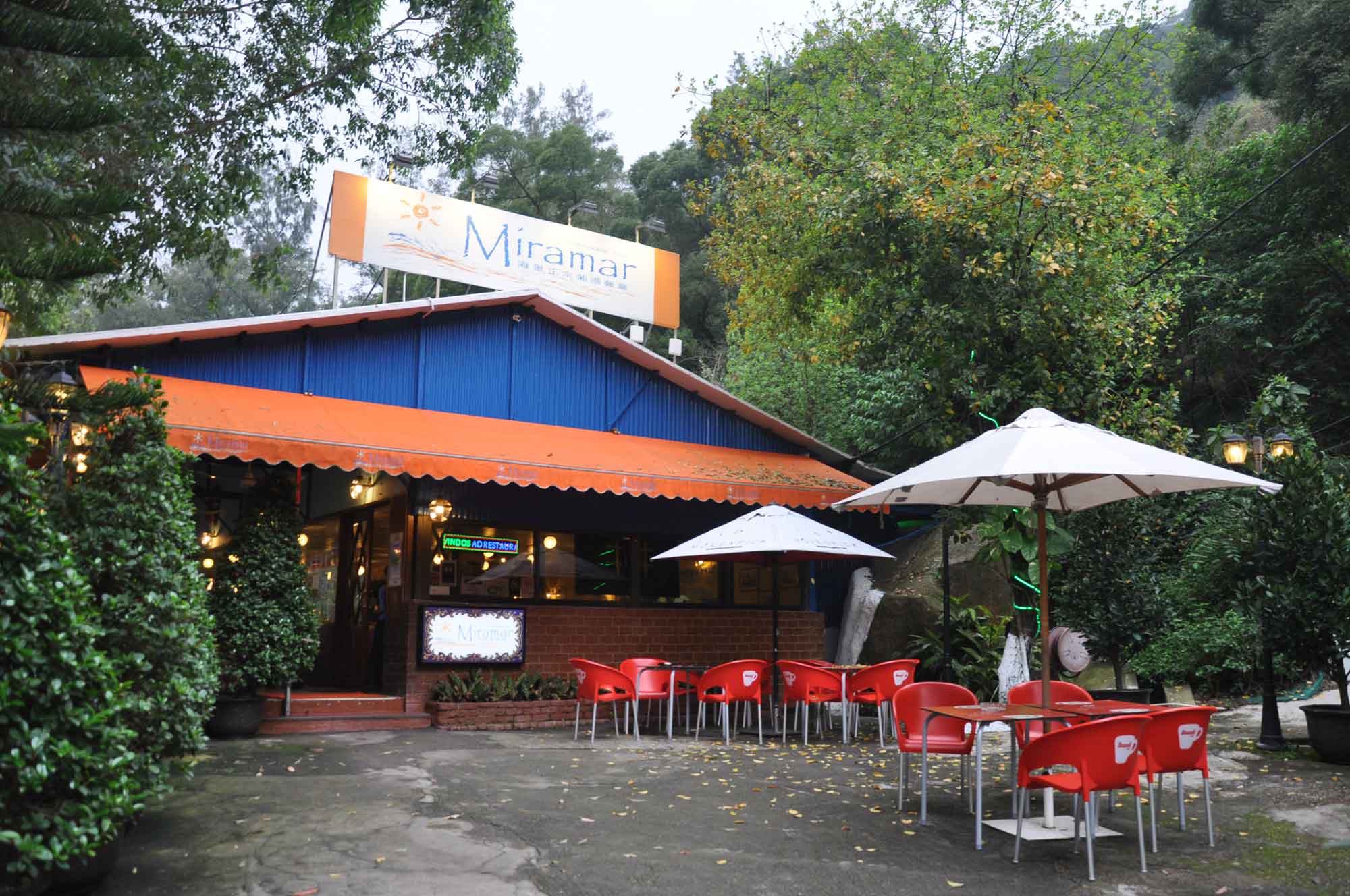 For weekends and holidays, reservations are usually essential so plan ahead.  It might also help to know the bus routes as well, in case you want to save money on taxis.  There are only two: the 15 which you can get on at either the Jockey Club or Venetian and the 21A which services A Ma Temple and San Ma Lo.  They both cost $6.00 and going by bus will probably help you save over $100.  Just get off at the Grand Coloane hotel stop and then walk down towards the beach from there. 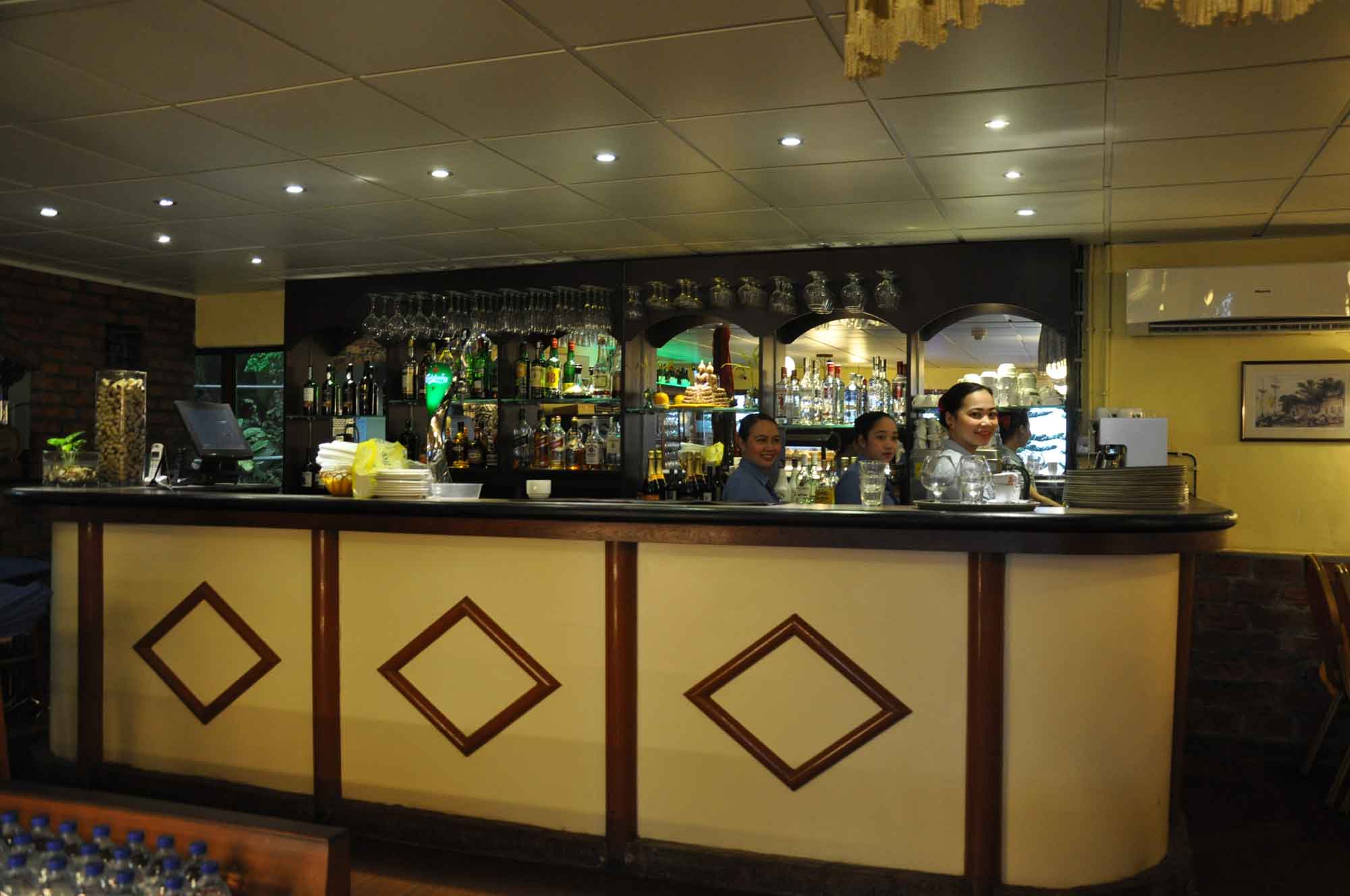 My camera was in a horrible mood that night so I went back to Miramar later when it was feeling better to take some proper pictures of the place. 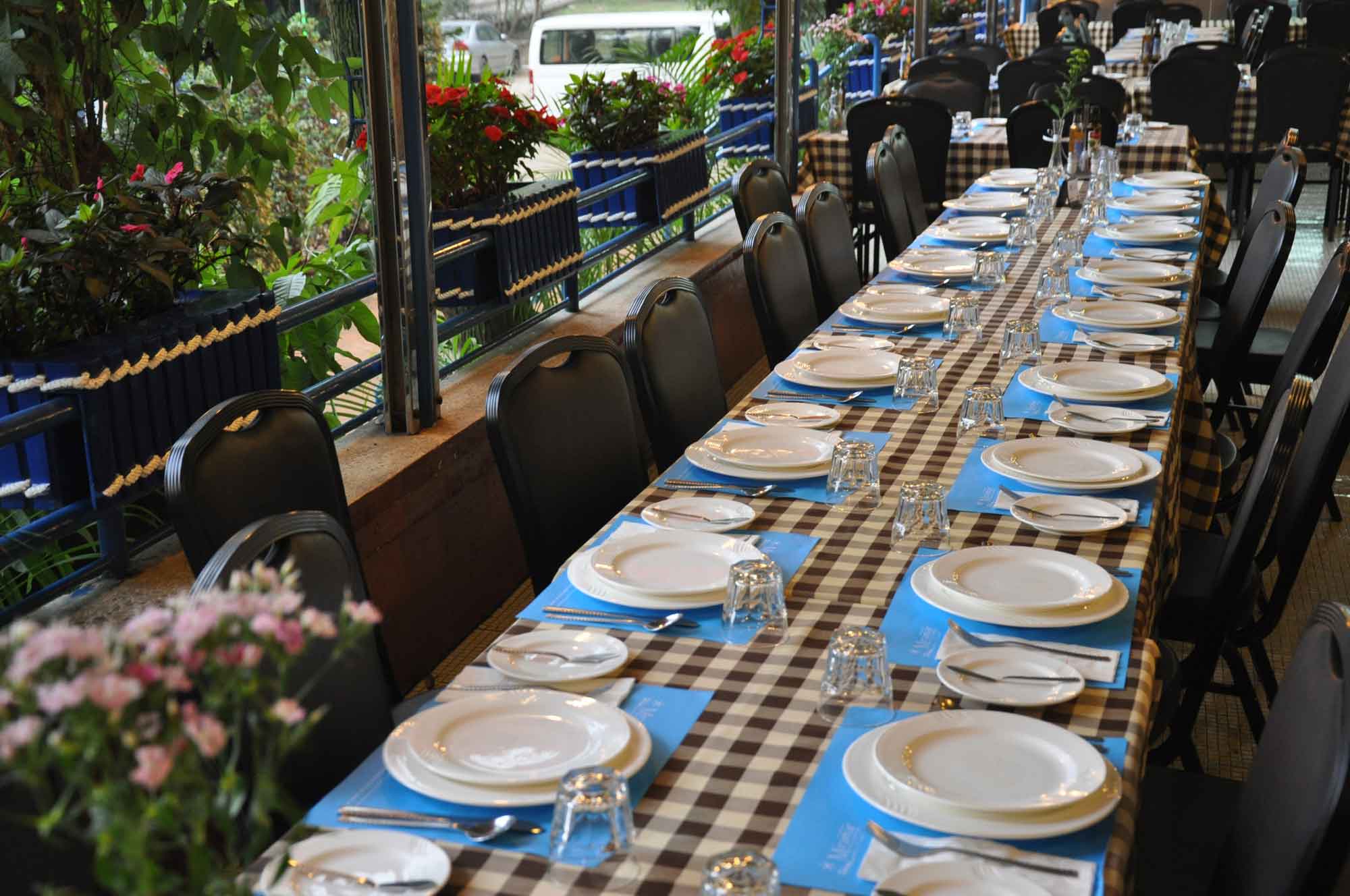 A word to the wise: always remember to keep your UV lens clean, or better yet, don’t even use one! 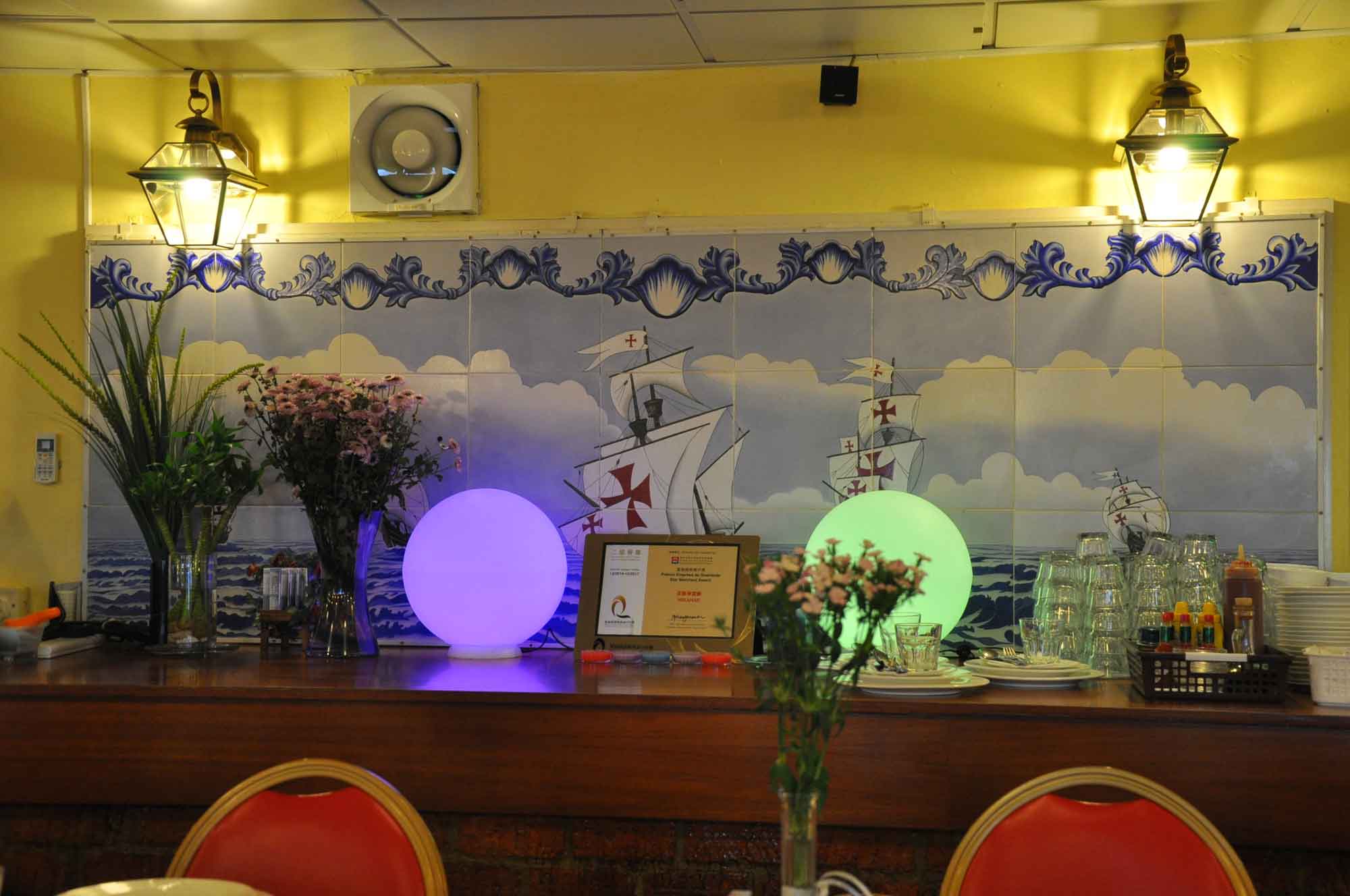 A few repeat visits to Miramar has me questioning just how Portuguese the restaurant really is. I’d based most of my original 5 star ranking on food that I didn’t try myself, but saw waitresses carrying out to other people, which evidently was a big mistake. First off, they have no idea how to make Duck Rice, one of the most classic Portuguese dishes of all, and have the gall to charge $208 for the pleasure.

Abhorrently over baked, the rice had no juice or life remaining, while the leftover pieces of duck were just as shriveled up and dead. Burnt and bland, I could have eaten a bowl of dirt outside that had more taste, and spent $0 while doing so.

Secondly, the Cataplana Pork with Clams and Shrimp ($398) was not served as it is in Portugal, where it’s prepared much drier. Miramar does a much more soupy version instead, which would have been perfectly fine, had rice been included as well.

Just as simple as two plus two equals four, that runny liquid mess needs rice to go with it, otherwise there’s no base or foundation to the dish. Of course, I had to ask three different waitress for a side order of rice before they finally brought one, but it was worth the wait.  Once it was added to the mix, the dish got better tenfold.

At the same time, it was extremely expensive, and you probably shouldn’t be paying $398 for anything in a Portuguese restaurant. It was extremely tasty however, the soft tender chunks of pork prepared to perfection, and pairing quite well with the clams and seafood.

Another dish to avoid is from the Seafood Soup ($88), which should be called Clam Soup instead, because that’s all I could taste.

Once it was finished there was also a ton of sand on the bottom of the cup, clearly indicating that the clams had not been sufficiently washed beforehand. Given the uneven state of their service staff and decidedly non-Portuguese chefs, I’m somehow not surprised.

Switching gears to the good side now, Miramar still knows how to do a few appetizers well, starting with the Stone Soup for $89. Very obviously lost in translation here, you’re obviously not sucking on rocks here, but red beans instead, and indeed the whole thing smells and tastes like feijoada.

Feijoada being available in a soup form is just about the best thing EVER, so don’t think twice about ordering this perfect mix of potatoes, pork and sausage.

The Octopus Salad ($118) was superb as well, and they don’t skimp on the octopus either, which tasted great with the onions, olives and other assorted vegetables.

As always, the sauce was of great help too, adding the final missing pieces of zing and tang.

The final starter to recommend is the Sardines in Tomato and Vinegar Sauce ($80) which exceeded my expectations 100%. Sometimes sardines can be oppressively dry and dead, but Miramar does them extraordinarily well.

Crunchy and soft, the sardines melt in the mouth, the tomato sauce the perfect foil to the salty flesh of the fish.

I’m not as high on the Shrimps with Garlic ($178) though, which were decent but nowhere near as good as in other restaurants.

For that price they need to do more than just be served in a tomato sauce that was nothing special. For under $100, I could see it, but $178 is a rip off.

The more often that I visit Miramar the less I like it, and their shiny 5 star rating is long long gone. Prices are increasing while quality spirals down the drain, a combination that no one should put up with it.

If you’re in Coloane looking for much more consistent Portuguese food, try Fernando or Espaco Lisboa instead.