Naughty Nuri’s opened in 2016 on the Street of Happiness and has been built up a solid local following since then. It’s an offshoot of a much more famous Naughty Nuri’s in Ubud, Bali, which got a lot of publicity when the late Anthony Bourdain crowned their vodka Martinis the best in the world. 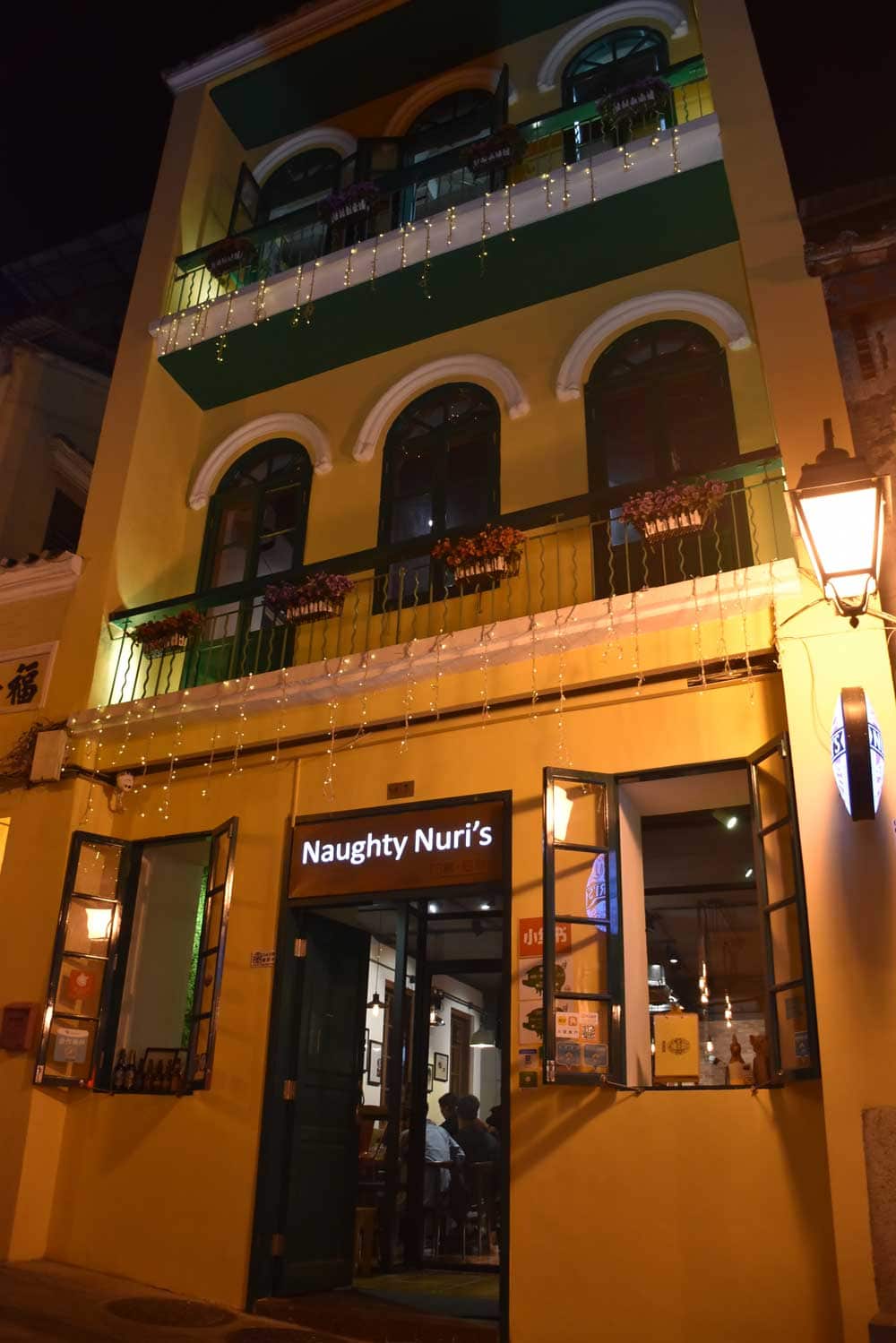 I don’t know what he said about their signature Naughty Pork Ribs, but they’re absolutely amazing, and why 98% of people go to Nuri’s in the first place. True to form, the night I was there, every other table had ordered them. 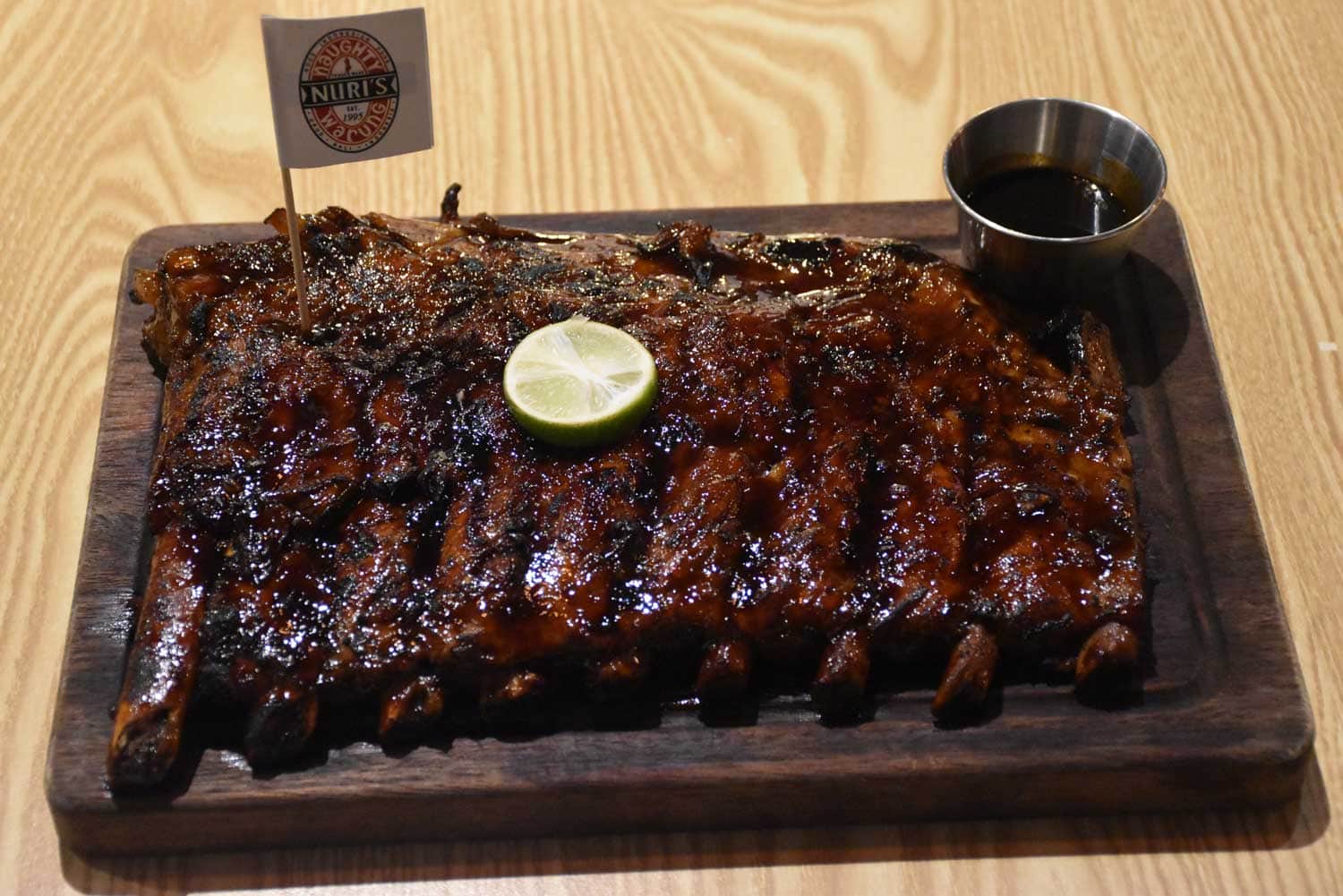 And why wouldn’t they?? The meat slides right off the bone, the succulent grease and char making sweet music together. It’s hard to say 100% that they are the best ribs in Macau, but I’d be surprised if anyone does them better. Such texture, such taste, such decadence!

If I remember correctly, a half serving costs $218 while the full serving is $258 and I had to sternly rebuke a waitress for encouraging me to go with the half. Dear Madam, the Maven does not order half servings for $218 when the full thing costs just 40 Mops more.

Besides the ribs, I also tried the Salmon Salad ($68) and Beef Rendang ($142), which is Indonesian beef stew. I’d leave the salmon salad alone, as it’s far too light on the vegetables, basically featuring just lettuce and tomatoes. 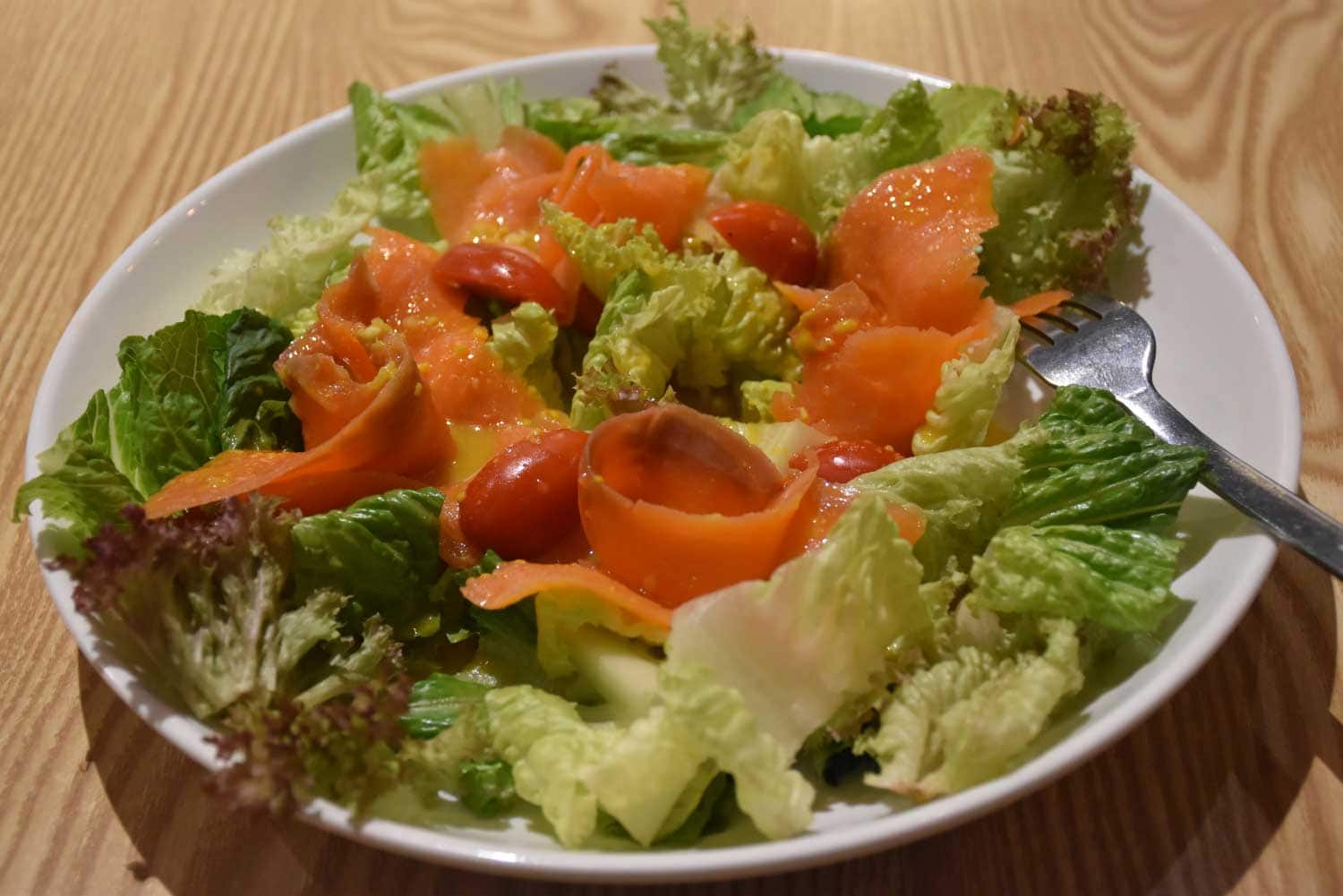 It did have an interesting mustard-like sauce accompanying it that I enjoyed, but it wasn’t enough to salvage the dish. When it comes to salads, I’m a lot like Elaine Benes – they need to “you know, have a lot of stuff.”

The Beef Rendang was a much better dish and I’d order it again if dining in a larger group. 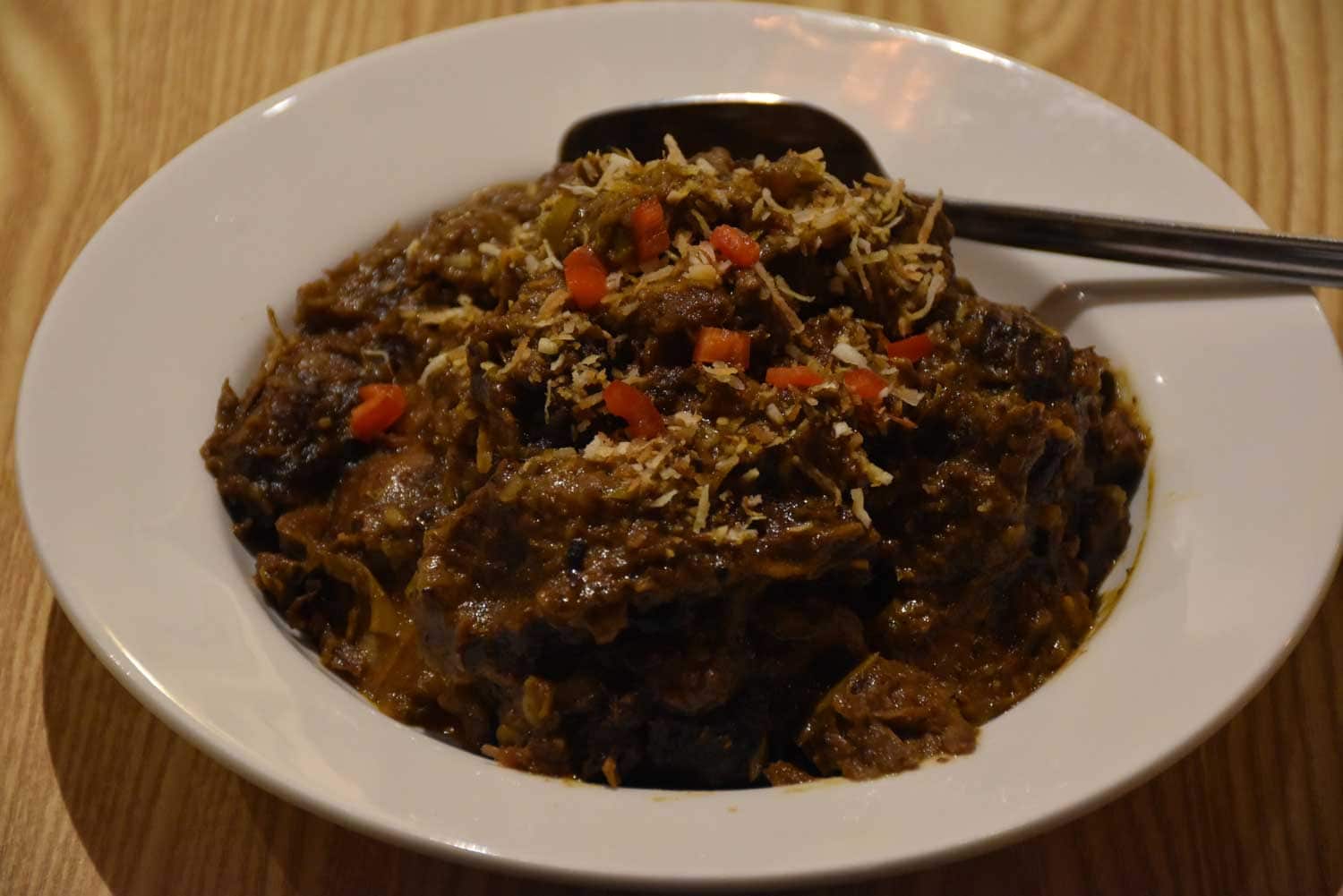 Soft, thick, more viscous with a touch of spice, it paired very well with the turmeric rice ($25), a really good call for $142. 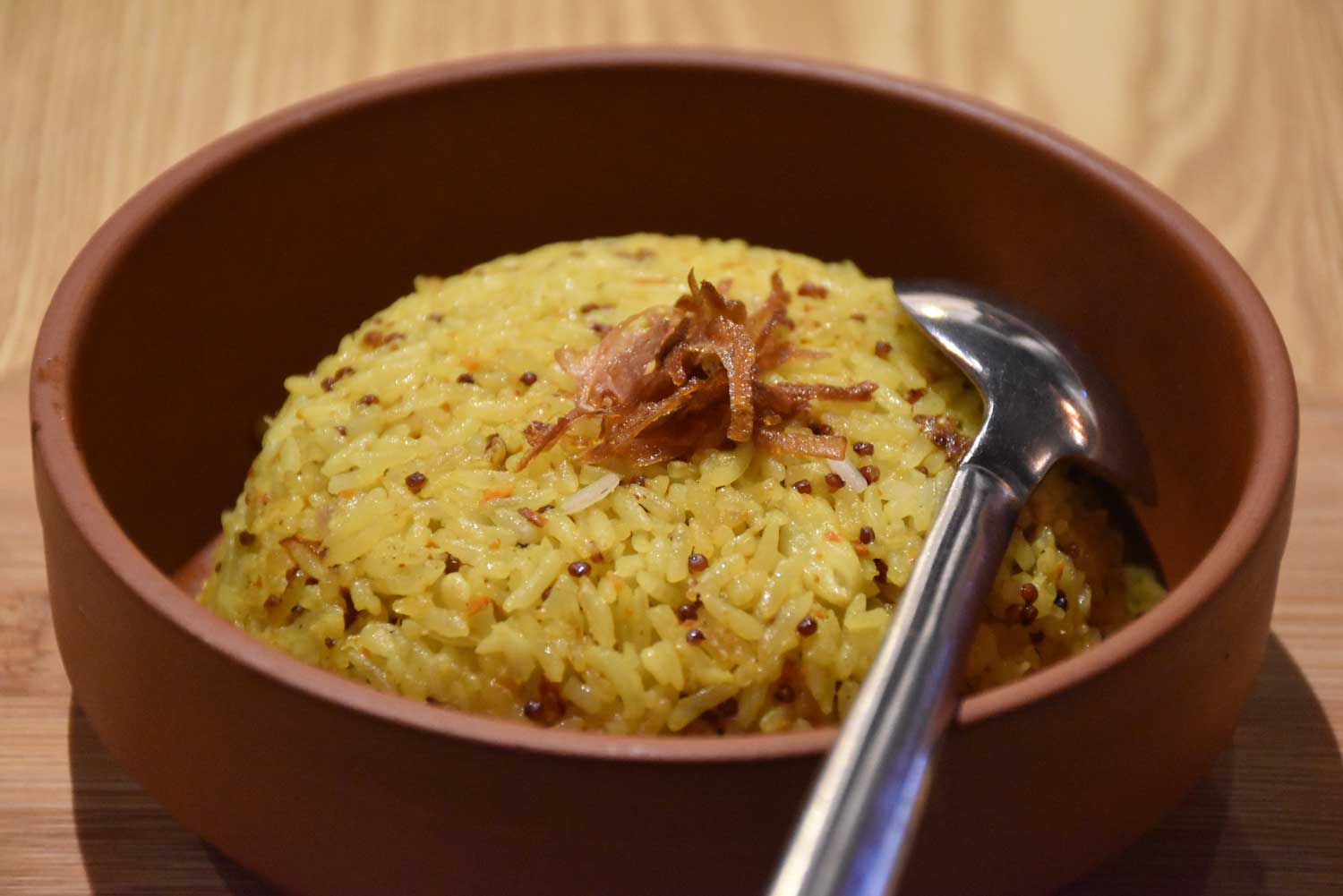 Definitely not the spot to pick for a wedding proposal or romantic night out, Naughty Nuri’s is loud, casual, laid back and a lot of fun. 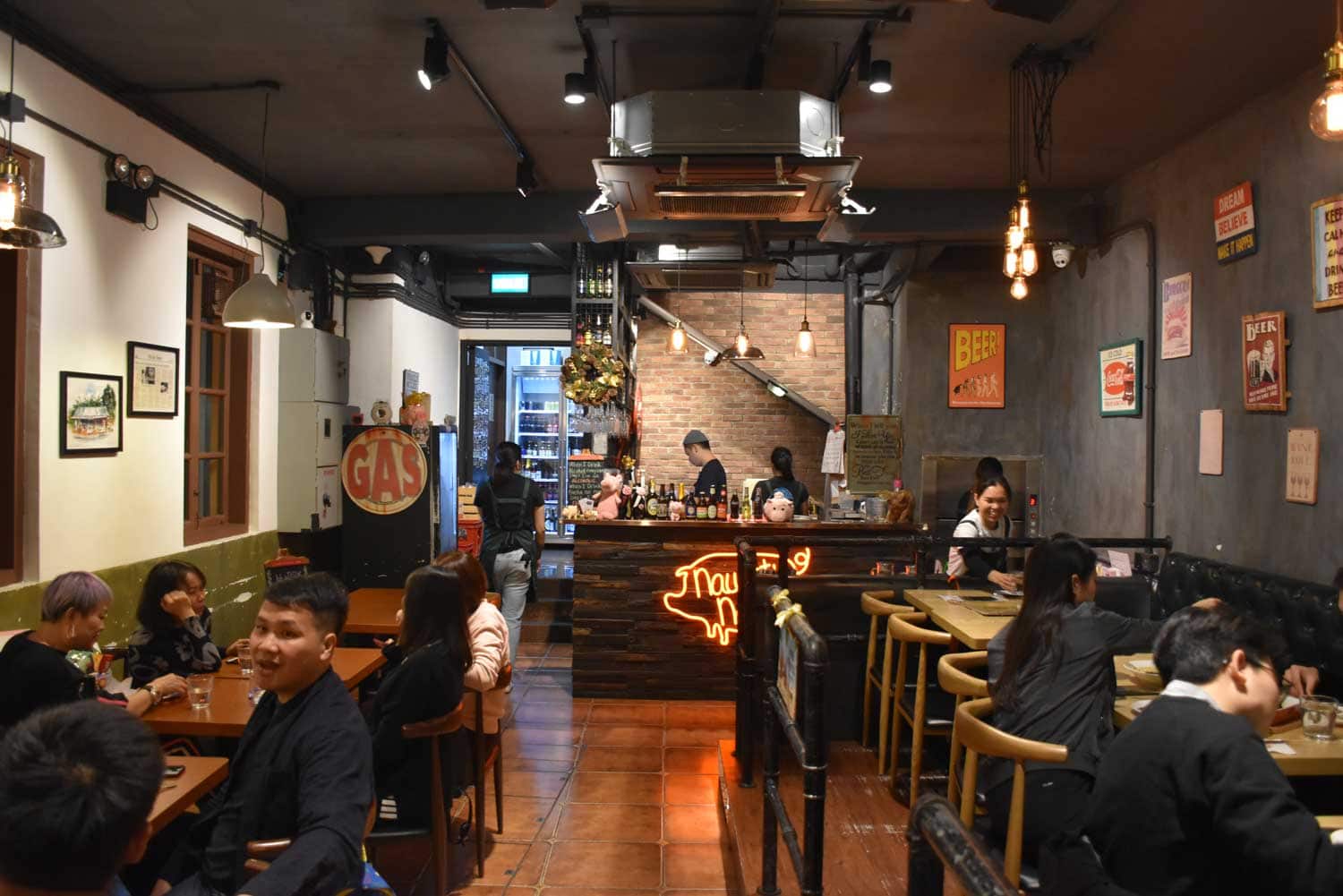 Expect birthday parties, singing, cakes, and commotion, all overseen by a friendly crew of Filipino staff. 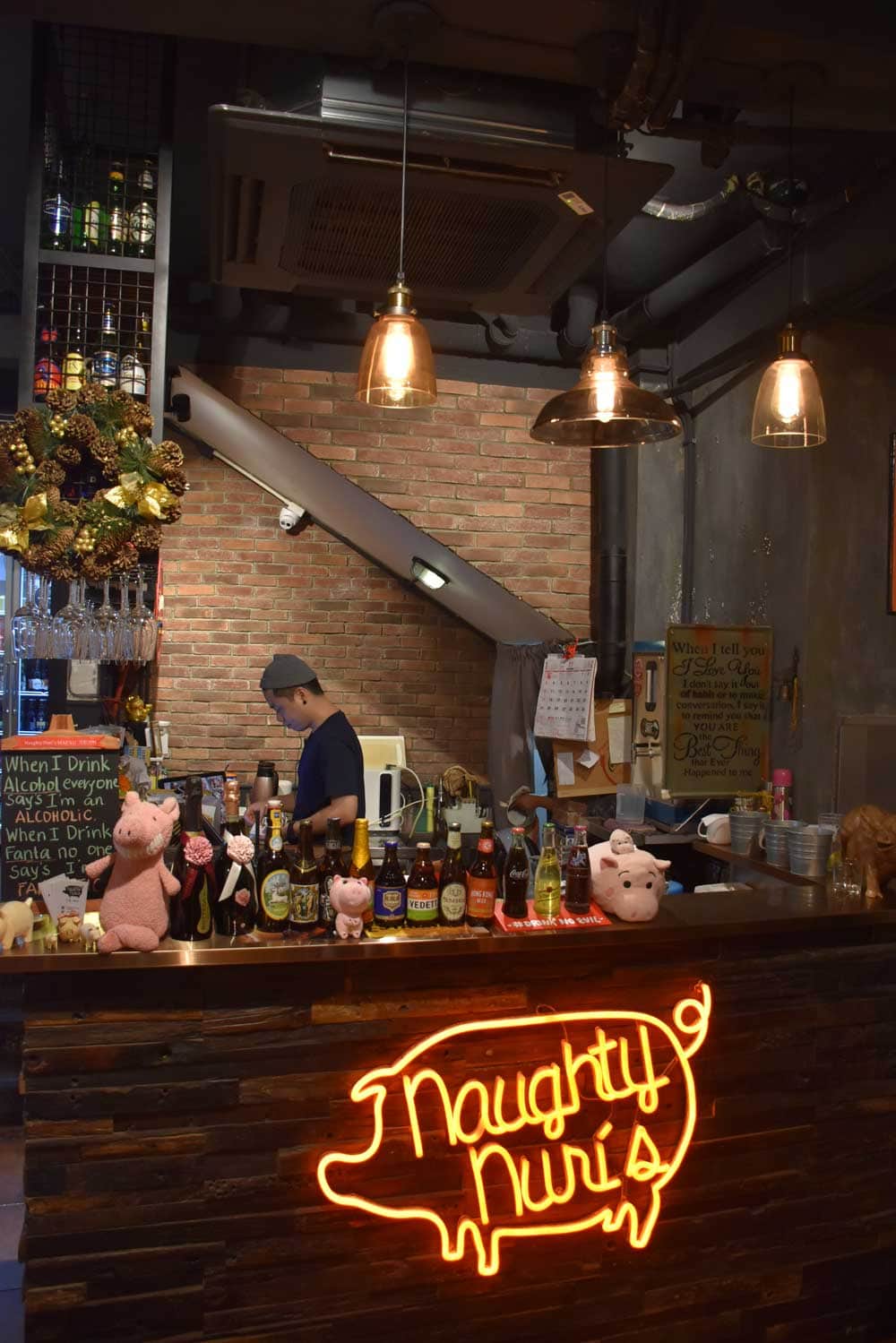 All told, my bill for one ran $542, but I ended up ordering way too much. All any single diner needs is to order the ribs and then a bowl of rice to have more than enough to eat.