You might not know it to look at it today, but Nga Tim is a Coloane Village institution. It’s been around since 1972, back when Coloane was still an island and the only way to get there was by ferry, which would dock at the old Coloane Pier. 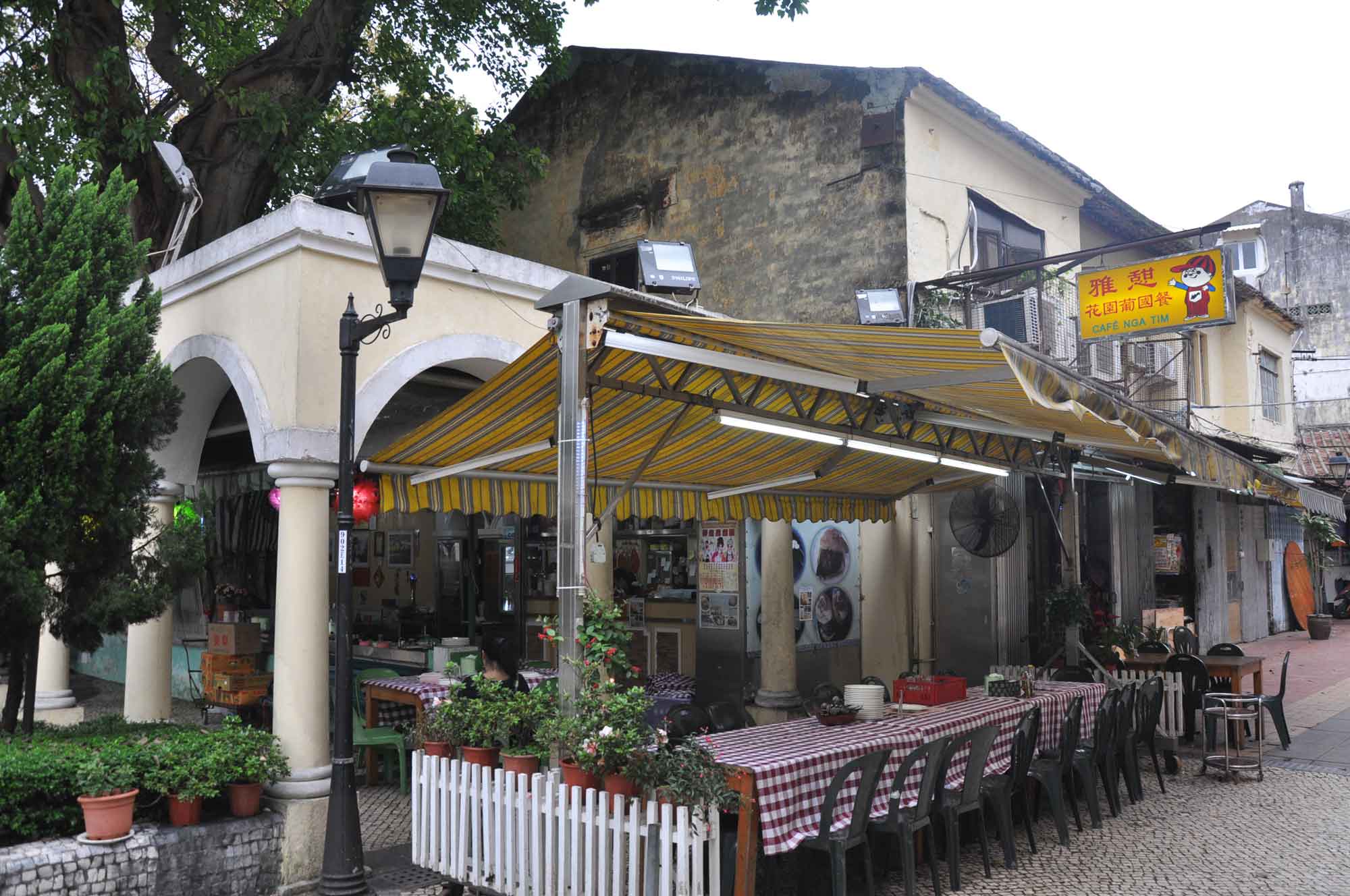 An even sleepier backwater then, Coloane was popular for the beach down at Hac Sa and to a lesser extent, Ka Ho, which is a total afterthought these days. With basically no infrastructure or shops anywhere on the island, everybody inevitably returned to Coloane Village tired, hungry, and thirsty, which is what made Nga Tim so useful. 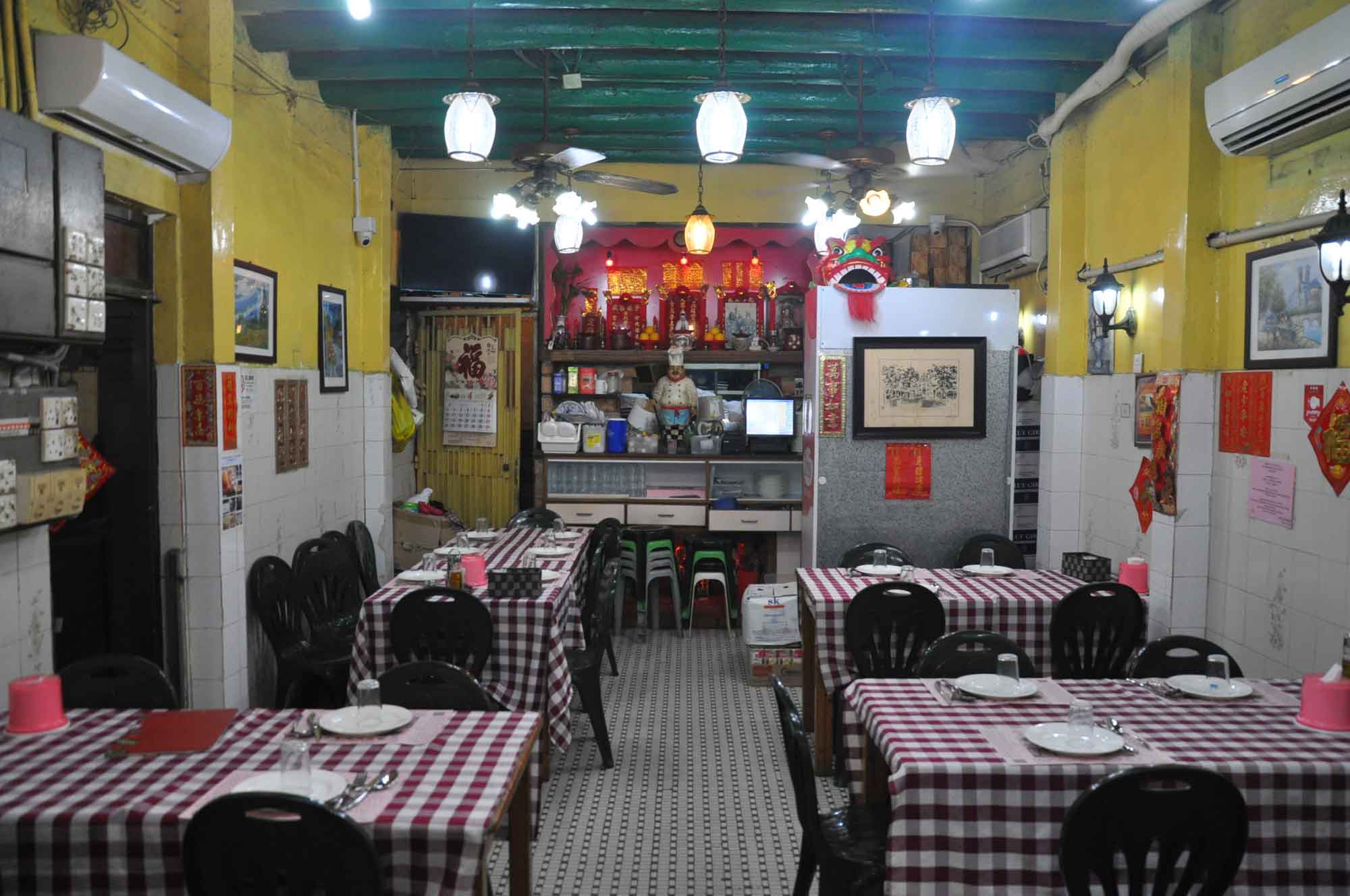 In any and every late afternoon, under the shadow of a gorgeous Southern China sunset, people would sit outside on its worn cobblestone patio, eating fried rice and noodles, chasing it down with cold Casal Garcia, waiting for the last ferry back to Hong Kong or Macau. 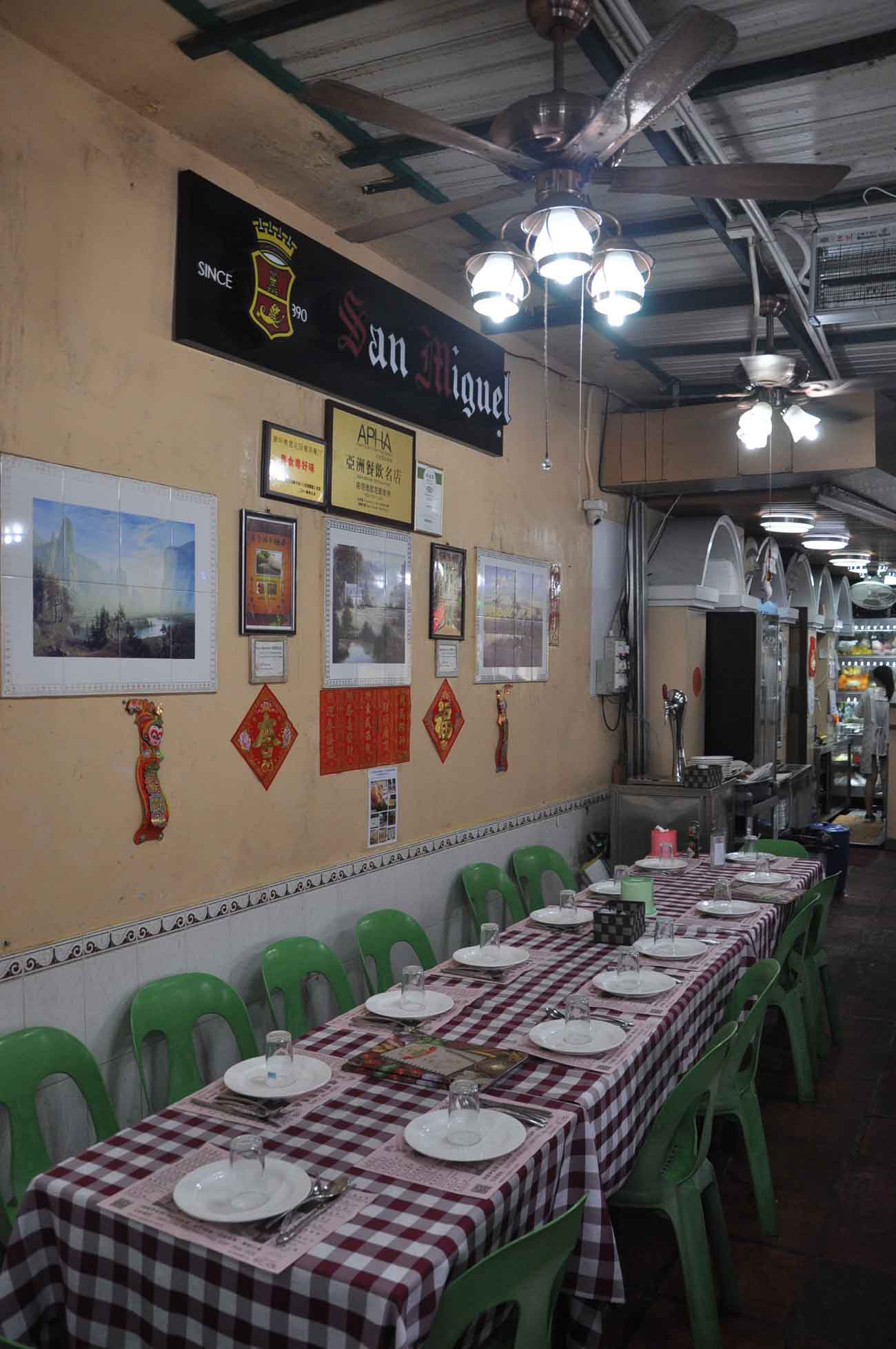 If that sounds like nothing more than cheap cooked up nostalgia, perhaps it is, but the truth is that Nga Tim is still alive and kicking, in the same location it’s always had in front of the Chapel of St. Francis Xavier, with basically the same menu. (And for the record, the sunsets there are still beautiful.) 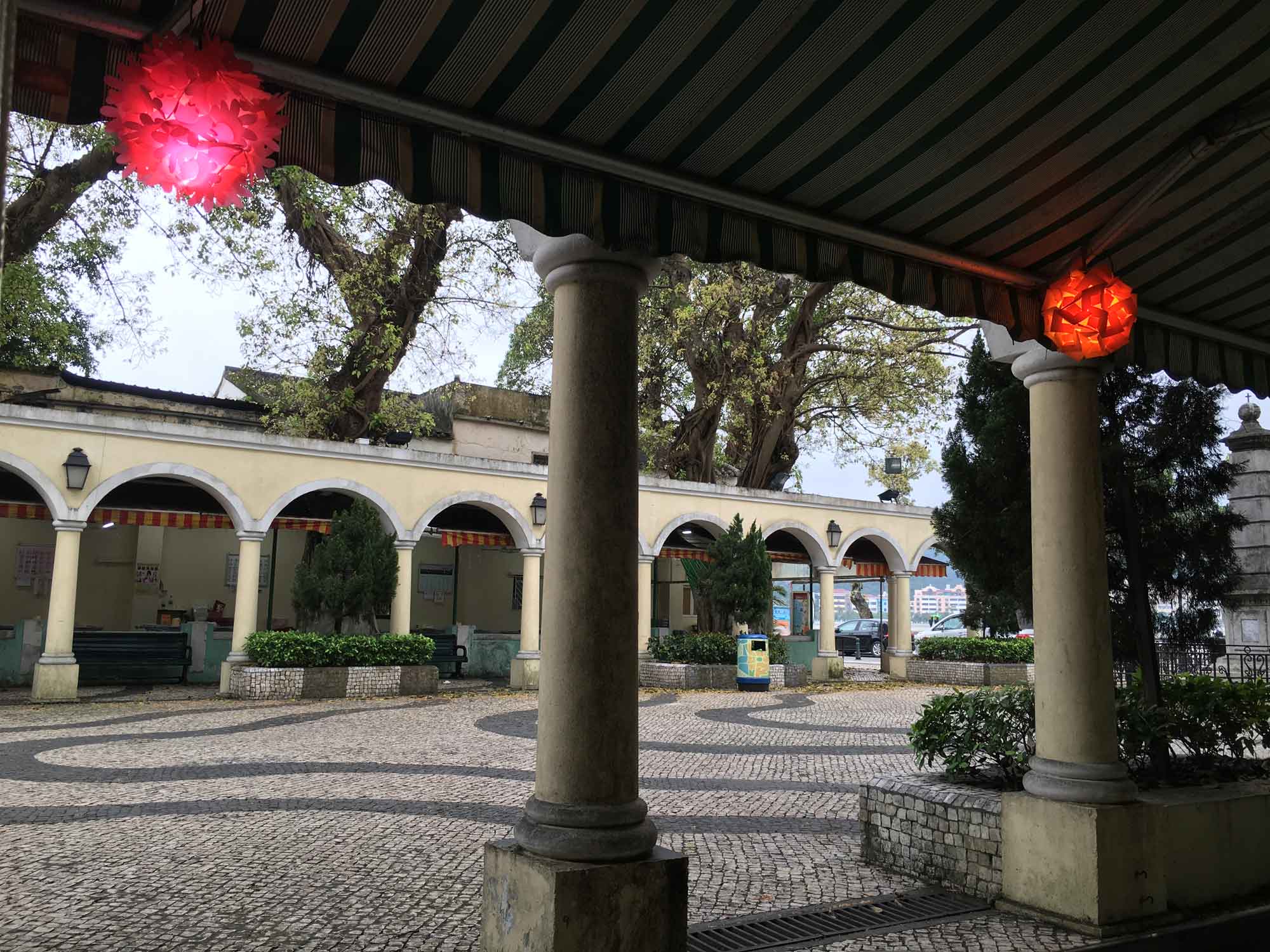 A classic Macau restaurant through and through, they actually have three different kitchens for each style of local food – one that does Cantonese, one that does Portuguese, and one that does Macanese. If you arrive a little late, be warned that one of the kitchens may have closed down a little early, limiting what you may be able to order.

Two things about the food – taste takes precedence, not appearance, and you might find it prepared a little differently than everywhere else. The African Chicken ($98/half), for example, is almost certainly barbecued, which gives it an extra dimension of crispiness and char that isn’t normally there.

The Seafood Rice is a different kettle of fish too, prepared much more simply than normal, it looks like the rice and seafood are made separately and only mixed together at the end. No matter the process, it works wonderfully and the price is right too, only $58, which is $100 cheaper than most seafood rice in other restaurants.

A tad spicy, with nice kick, the Shrimp Curry ($88) is everything you’d ever want in life, provided there’s a bowl of rice on the table too.

The Baked Perch ($120) is another standout selection, a beautiful mixture of vegetables and boiled fish, just delicious from start to finish.

And since we’re in Macau, why not end things with a fantastic little Pork Chop Bun for $20, which is miles better (and cheaper) than the supposed “industry leader”, the terrible Tai Lei Loi Kei?

If you take Nga Tim for what it is – one of the simplest and most laid back restaurants in town, located in the most atmospheric part of Coloane Village, then there’s no way you’ll go there and be disappointed. 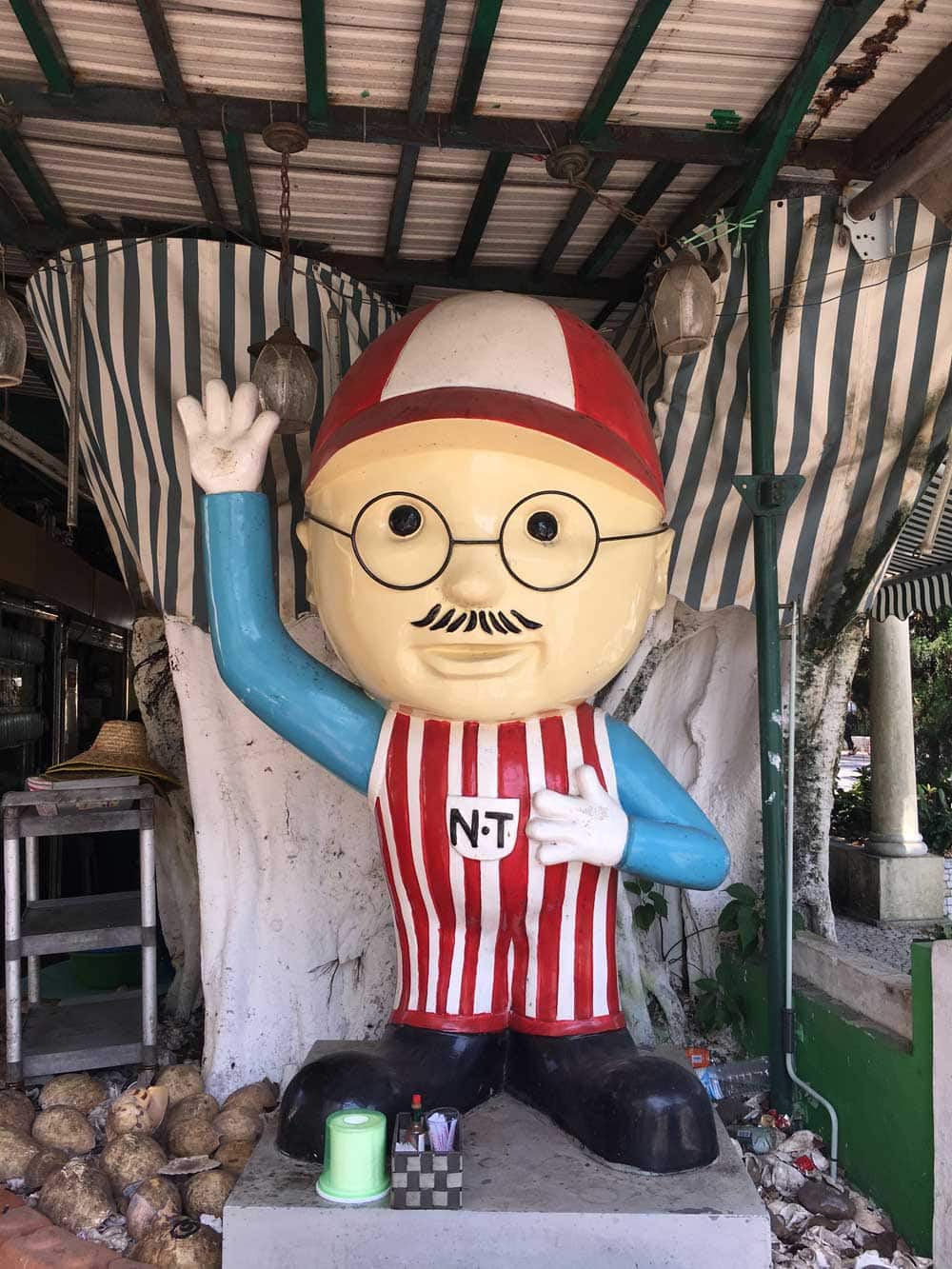 All told, our dinner for two only ran $607, which included $168 in Sangria alone, dirt cheap for Macau these days. 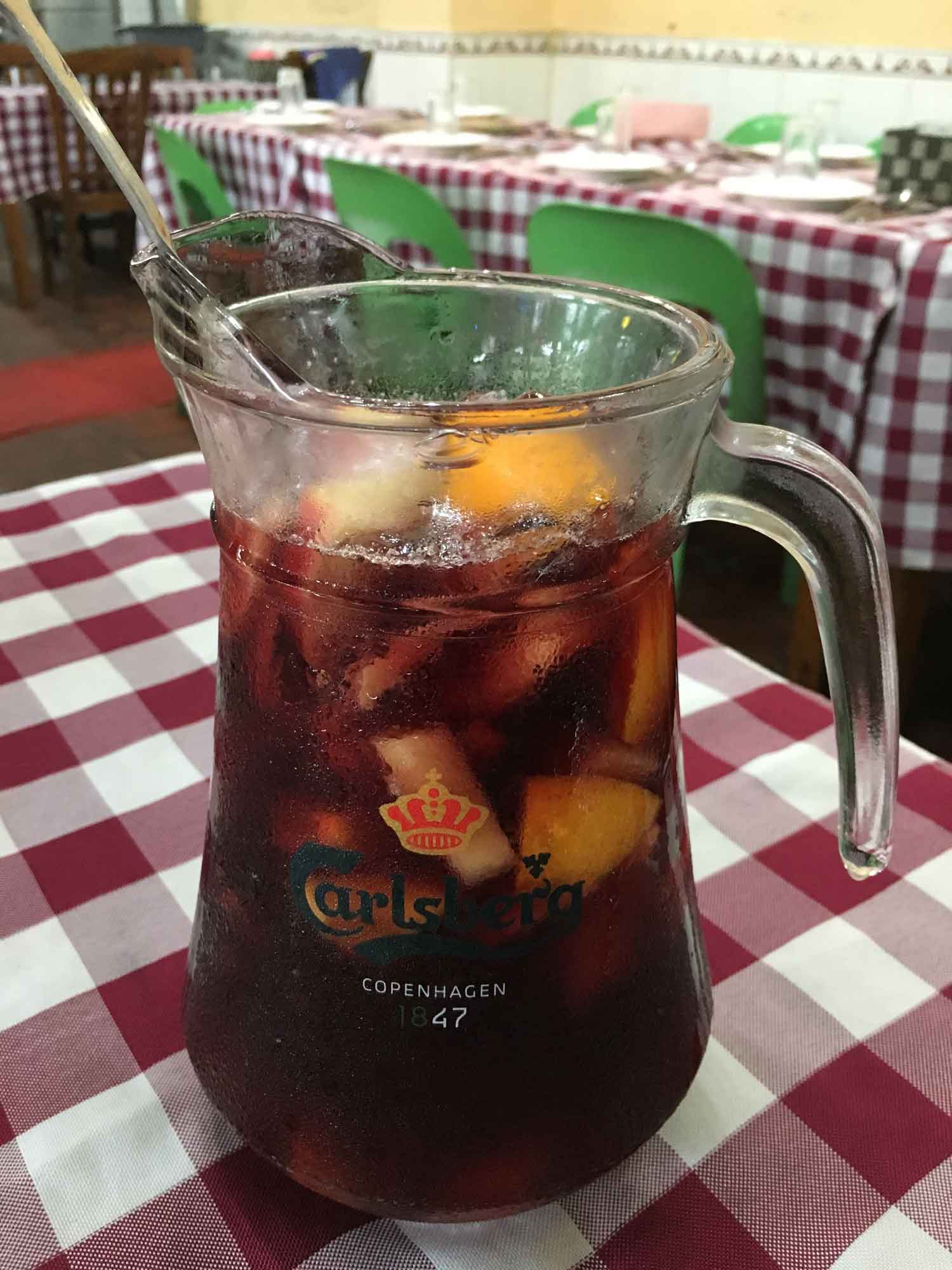 One terrific blast from the past that just keeps on trucking, Nga Tim is approaching must visit status for casual travellers and hard core Macau enthusiasts alike.