Niu Ji has amassed a strong local following and even some Michelin distinction of some manner, although I’ve yet to figure out what kind exactly. 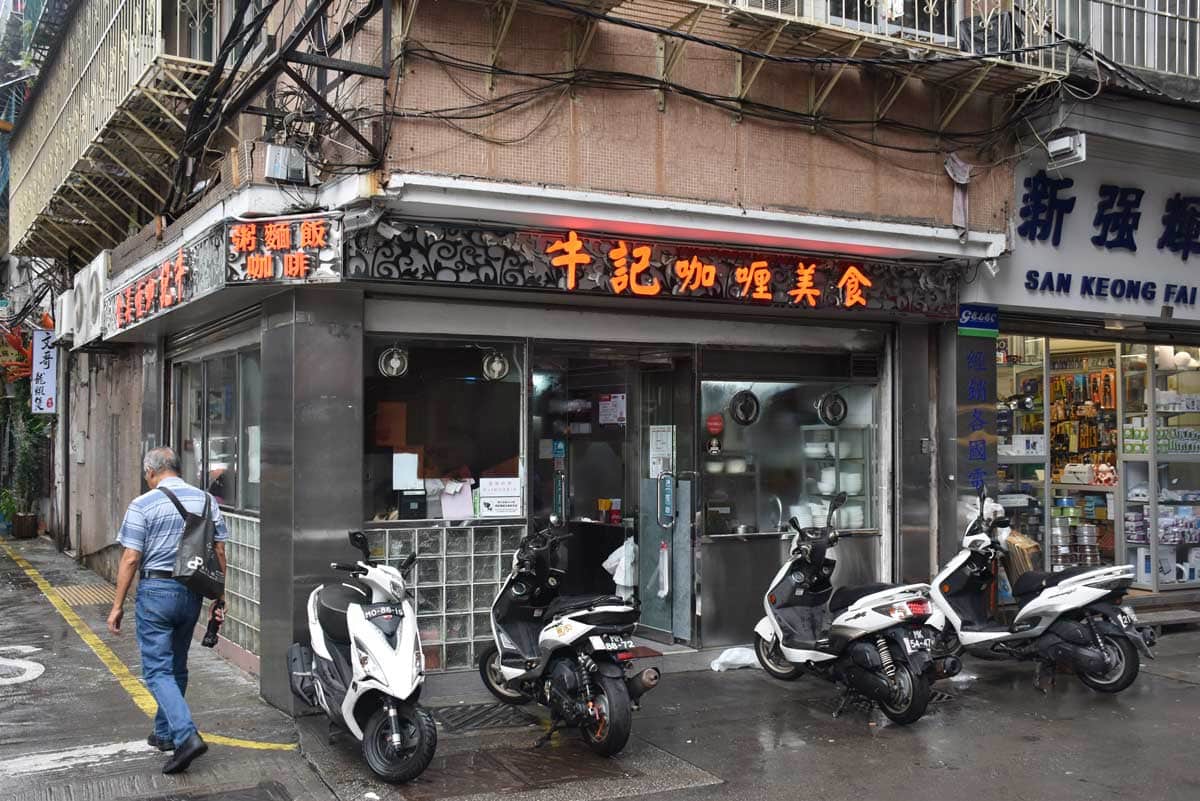 Regardless, the word is out on this restaurant and for good reason too, since prices are great and some of their dishes are absolutely extraordinary. 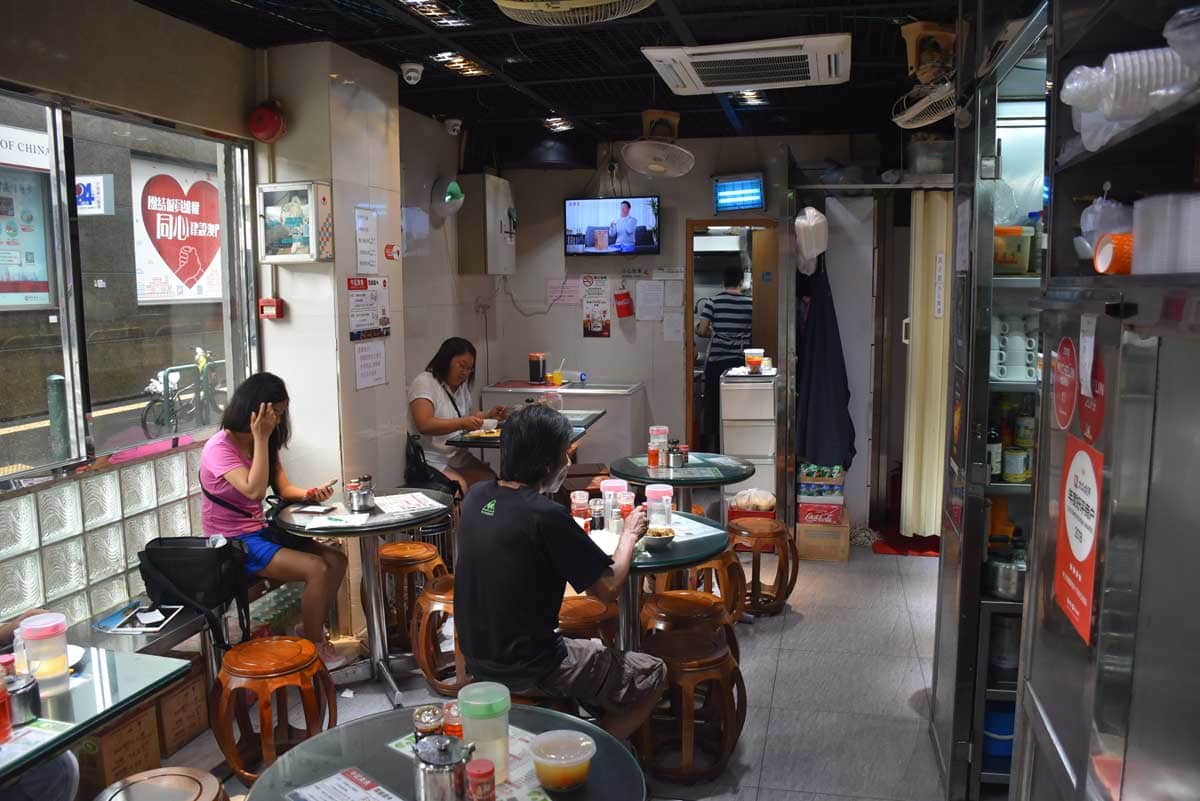 Go all in on the scintillating Crab Paste and Wonton in Noodle Soy Sauce ($64), a dish I love so much that I included it in my list of 10 Can’t Miss Dishes.

Wontons and crab paste are classic Cantonese staples that are often served solo but the trick is to combine them together as done at Niu Ji. The way the shrimp paste plays off the texture and taste of the noodles and wonton is truly amazing, and I sometimes can’t hold myself to just one bowl.

Another amazing option almost to that level is the Spicy Curry Beef with Noodles (written “Spicy Ox-Brisket with Noodles” on the menu) for $36, which pairs slow braised beef with a curry that kicks, and when they say it’s spicy they aren’t kidding.

You can also choose to have the curry beef with rice instead for $42, but I think it works better with the noodles, which seem to soften up some of the rough edges in a way that the rice does not.

I honestly had a hard time finishing it when it came with rice, maybe because you’re given twice as much beef and that amount of curry is just hard to get through, especially in the sweltering summer. Regardless, you can also try the beef without the spicy curry, so perhaps do that if you want it with rice.

I’ve also had the Fresh Shrimp with Wonton Noodles ($34), but made a mistake by not ordering it in soup instead. In soup it would have been fantastic (and 4 Mops cheaper); as it was the wontons didn’t do enough to complement the noodles, so I had to add a bunch of soy sauce on top instead, just to coax out more flavour.

The Spicy Curried Chicken with Noodle in Soy Sauce ($41) had a nice amount of soft tender chicken, although it wasn’t particularly spicy at all.  I’m also not sure that it wouldn’t work better as a rice dish, so perhaps try it that way instead.

I first tried Fish Eggplant Rice (鱼香茄子饭) in the St. Dominic’s Food market as a part of the Street Food Guide.  I’d say the version at Ping Kei for $44 is far better than the one at Niu Ji that costs $35, so definitely go there instead.

The only thing I’ve had at Niu Ji that I didn’t like is the Chicken Preserved in Fa Deal Wine with Noodle in Sauce ($41). Perhaps it’s more of an Asian dish, because I didn’t like the cut of chicken that accompanied it, finding the meat too shriveled, burnt and dark. In comparison to the other dishes, it’s like picking out scraps out of a dumpster, so just leave it alone.

For budget travelers or those looking to save a little dough, Niu Ji is an excellent option around the old Inner Harbour. Big satisfying bowls of rice or noodles generally cost only $35 to $45 MOP, or a whopping $5 US, which is hard to beat these days. The service can be somewhat abrupt and staff English levels are poor, but they have English menus, so no sweat there. 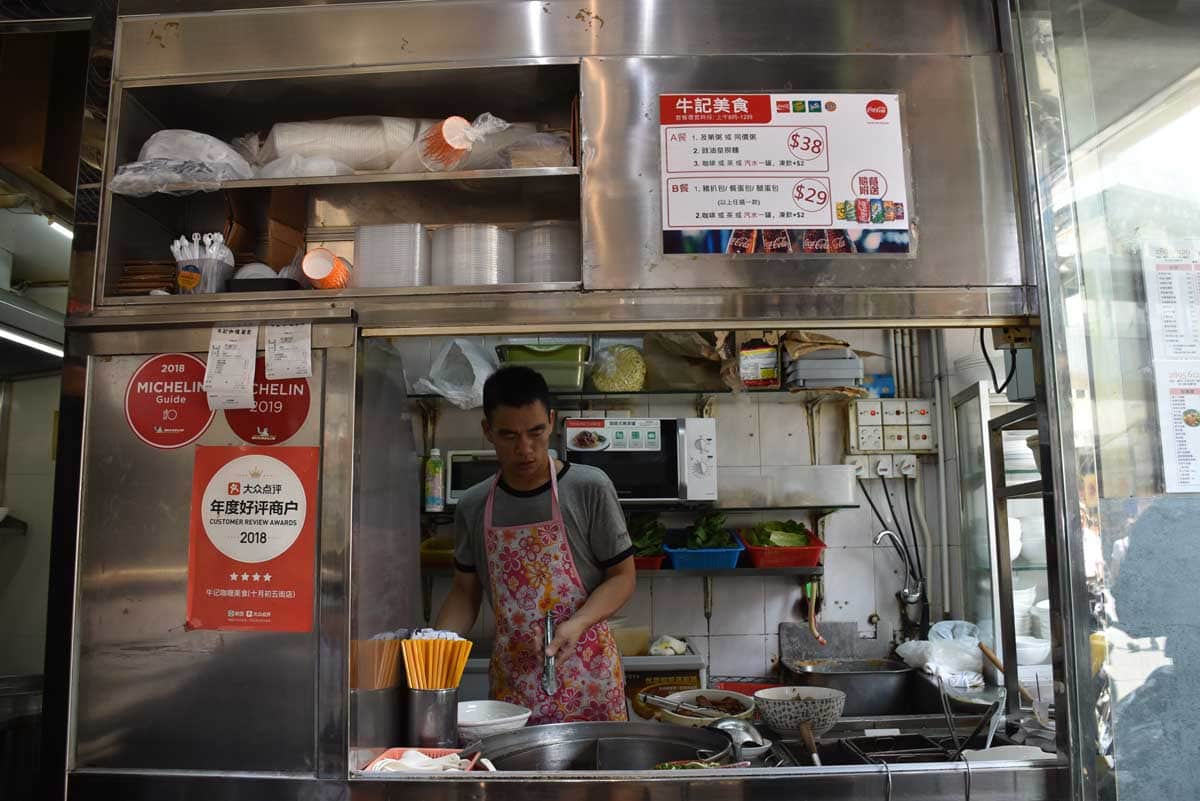 At peak times, expect to wait outside and/or share tables inside a setting that can get cramped, but ordering the Crab Paste and Wonton in Noodle Soy Sauce or Spicy Curry Beef with Noodles will more than make up for the inconvenience.