I love me some Peking Dumplings, God damn! 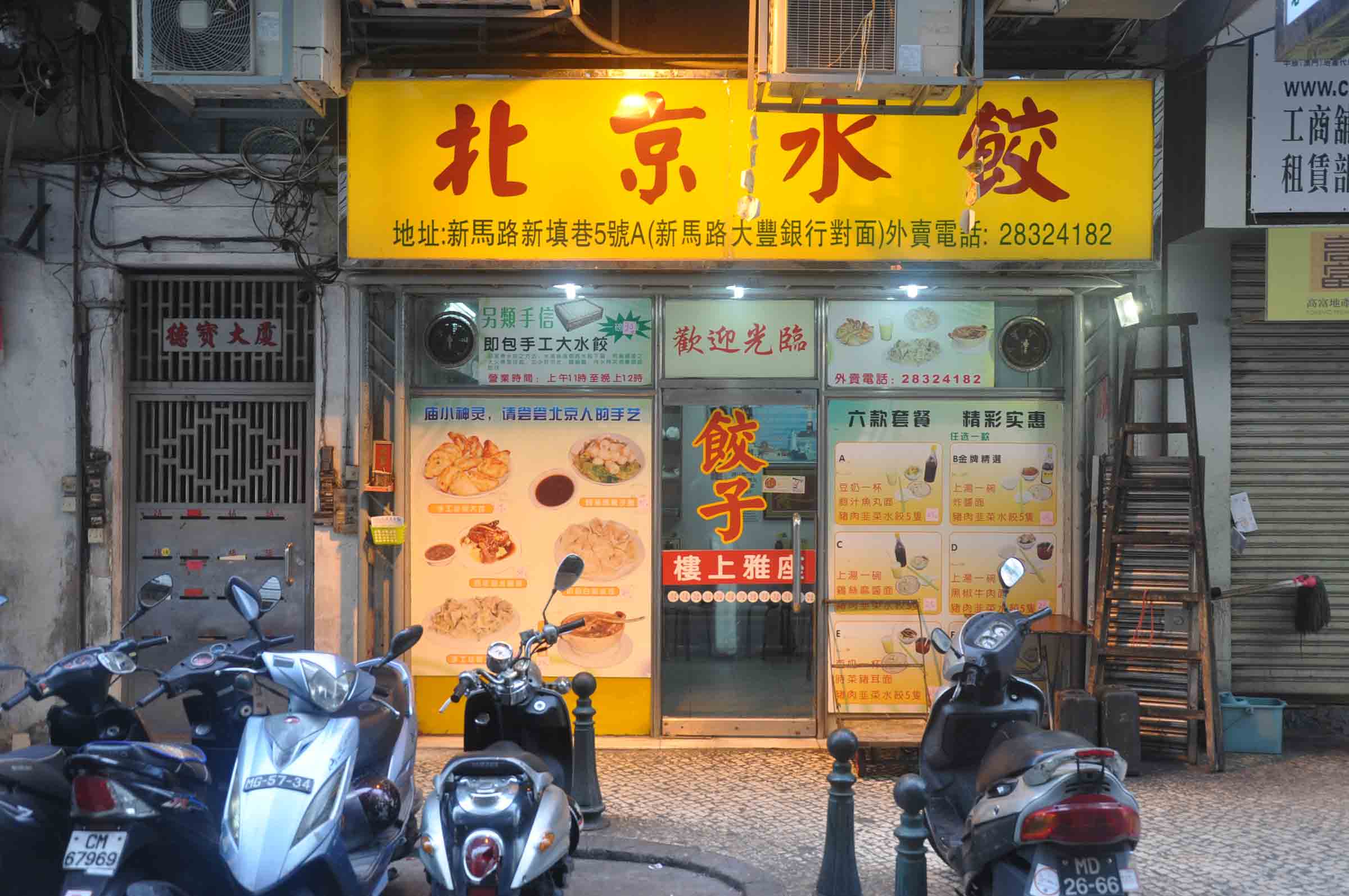 Being a displaced Northerner who spent 6 years in the frigid coal environs of Hebei Province, I’m no stranger to dumplings and would easily rank them among my favourite Chinese foods.  Now that I live in the South, they’re much harder to come by and Macau doesn’t have a lot of restaurants that specialize in them. 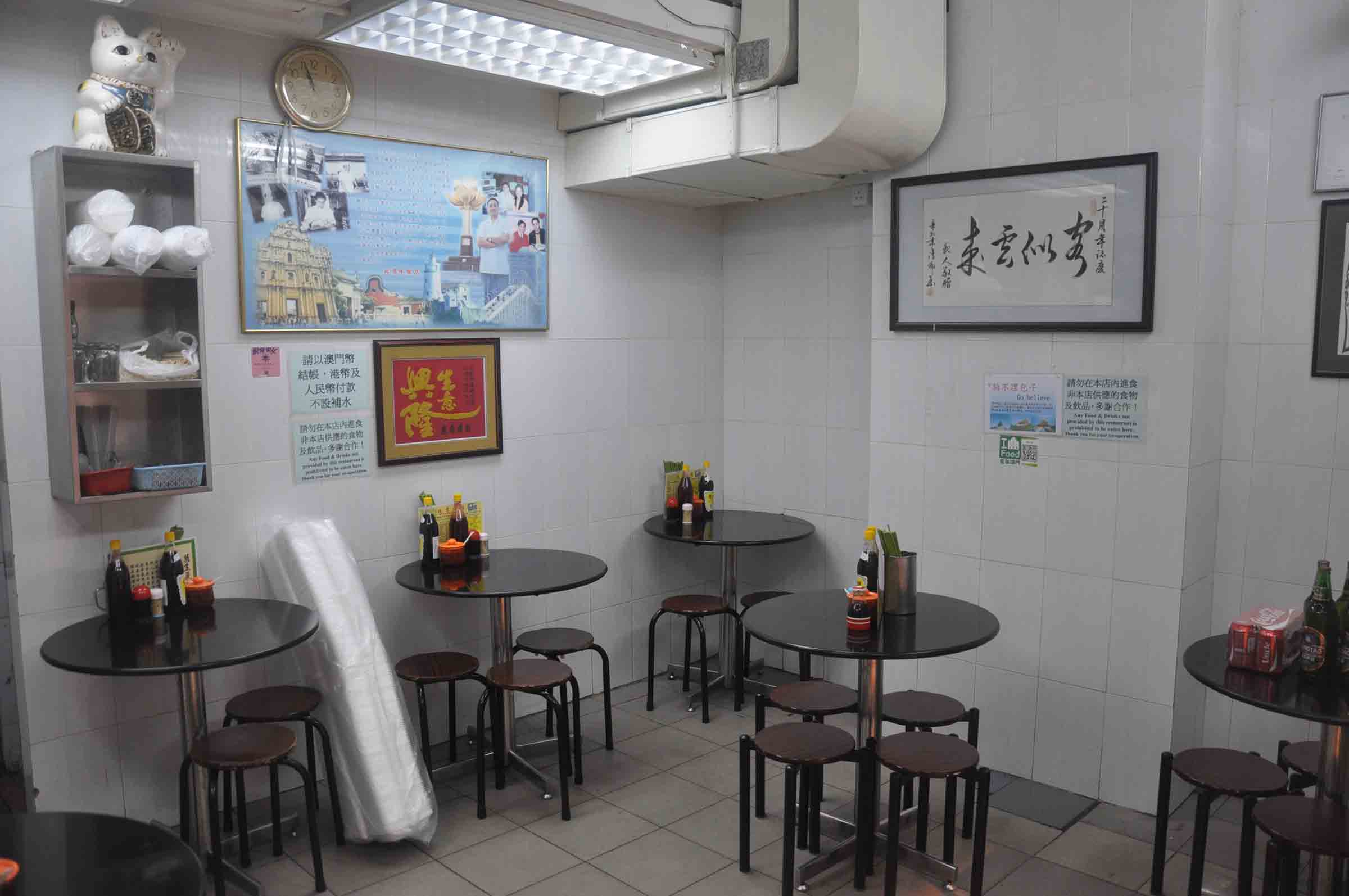 That’s why I’m such a fan of Peking Dumplings.  It’s like going back to Beijing, minus all the smog, spitting and general unpleasantness. 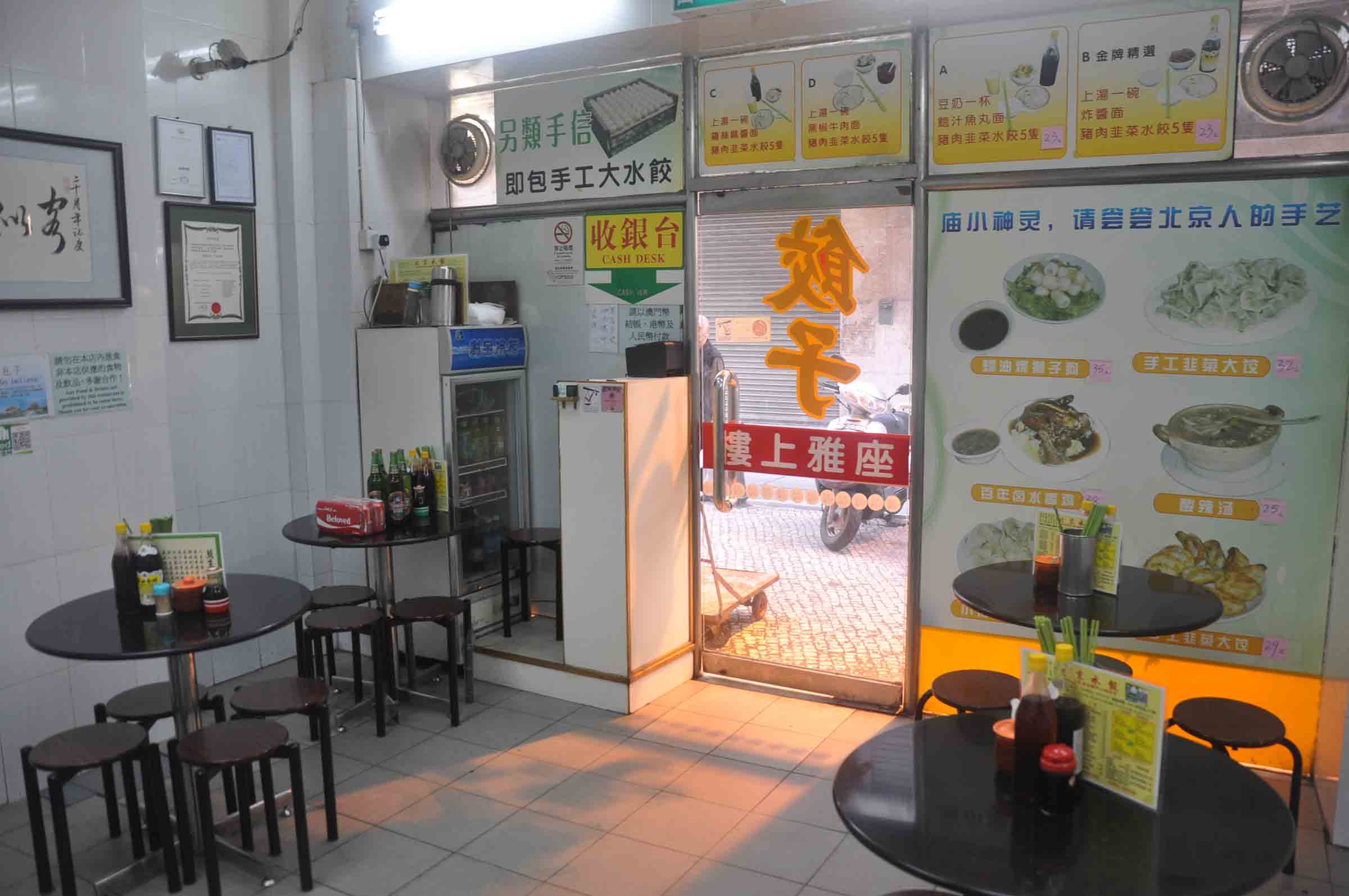 Although dumplings can come in about one hundred different flavours, Peking Dumplings only offers two kinds: Pork and Leek (also called Chinese chives) and Pork and Cabbage.  I despise leek so I avoid those dumplings (猪肉韭菜) at all costs, but the Pork and Cabbage ones (猪肉白菜) are my Daddy and I could eat them everyday.  Both come in small orders of 12 or large orders of 20 and cost $24 and $32 respectively.

Peking Dumplings also offer set meals which are quite popular with customers.  They each run $23 and come with 5 Pork and Leek Dumplings and your choice of either soya milk (豆奶一杯) or bone soup (上汤一碗), and one of the following: fish ball noodles (鲍汁鱼丸面), soya bean paste noodles (炸酱面), sesame chicken noodles (鸡丝麻酱面), black pepper beef noodles ( 黑椒牛肉面), pig ear (时菜猪耳面), and lettuce chicken noodles (生菜鸡丝面).  If prefer Pork and Cabbage dumplings instead, just ask the staff to change and they’ll gladly oblige.

I usually order Set Meal D, then add a small order of Pork and Cabbage dumplings for $24.  All told my bill runs $47 Mops or under $6 dollars US for a great meal that can last all day.  If you’ve never had them before, let me tell you, dumplings are FILLING.

Some people like to dip their dumplings in vinegar but the ones at Peking Dumplings are so fresh that I don’t see the point in using it.

The steamed pork buns I’m not so high on, given the thick flour dryness that doesn’t allow for enough moisture to liven up the meat.

The fried dumplings on the other hand are just as good as the normal steamed ones, just more oily and satiating.  They’re also more expensive, where 12 cost $35 instead of $24, so I’ll leave that decision up to you.  Do you go the extra $1.36 US or not?  I mean, that one choice alone just might make or break your trip….

Seating is often limited so you might have to sit at a small table with strangers, or wait a few minutes for one to clear up.  English might not be understood either so just snap a screenshot of this review and point to all of the things you want.  I’m sure you’ll get by fine.