The good people at Portofino ended this excellent lunch special in 2019.  I’ll still leave the old review up though. 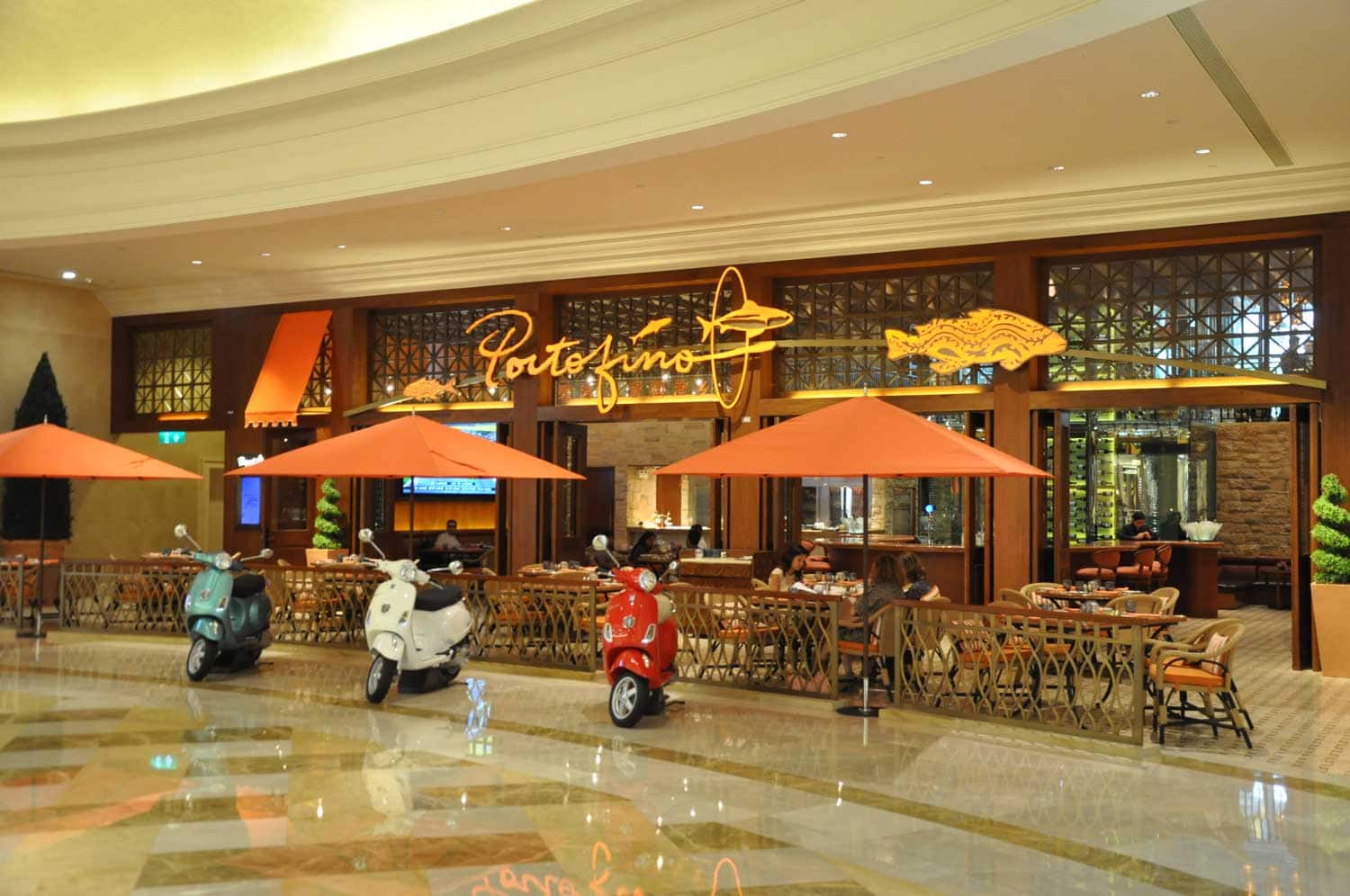 My full compliments to the fine people at Portofino!  In most cases, upscale restaurants in 5 star Macau hotels are averse to the notion of “value”, often charging customers 33% more than comparable eateries on the street.  At Portofino however, they buck this trend completely, offering an outstanding all you can eat lunch deal for only $120 per person. 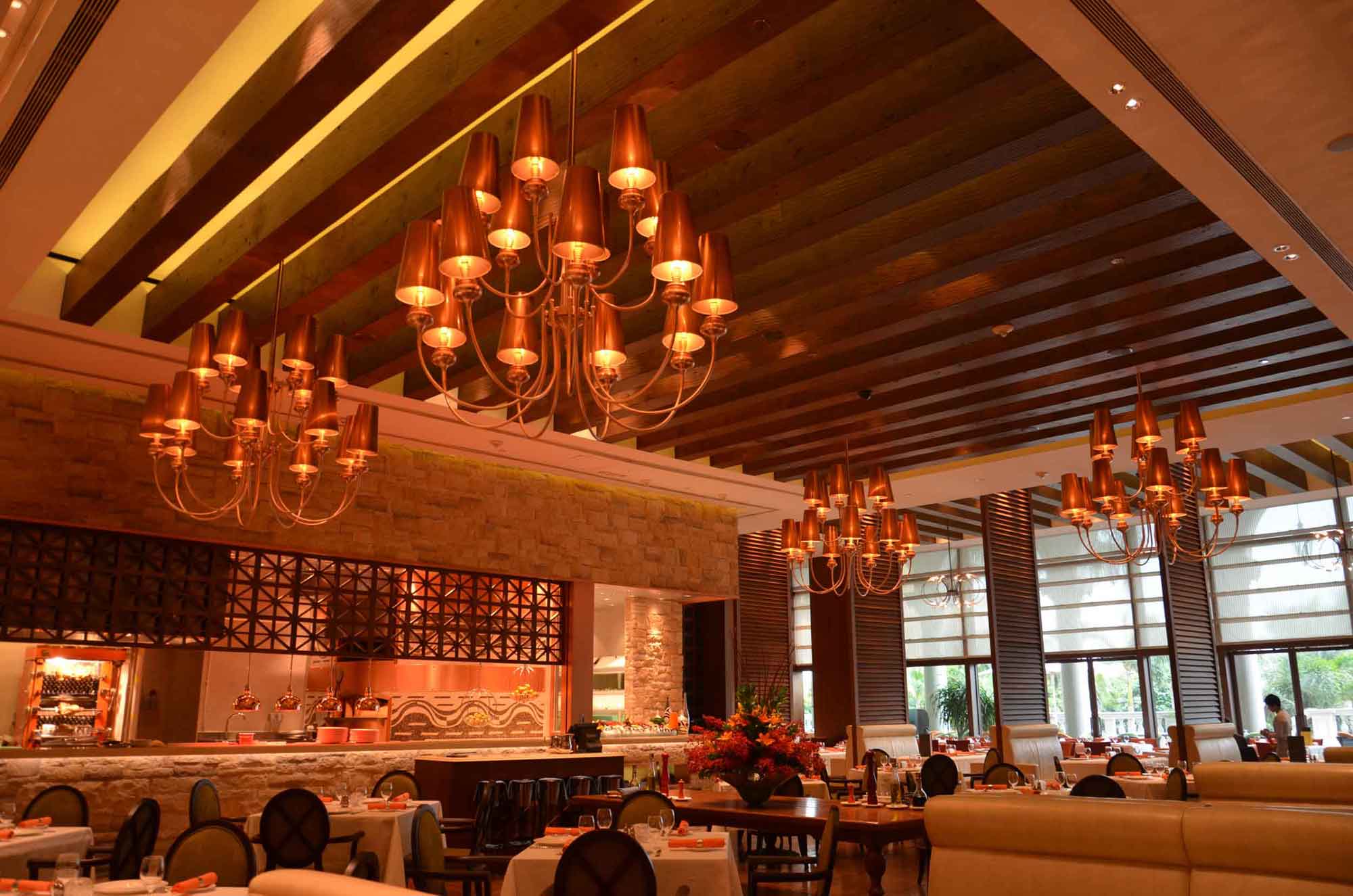 Going in, I expected there to be some kind of catch.  Would the selection be uninspiring, the food unspectacular, the service lacking?  I figured something would have to be up for the lunch deal to be so cheap.  To my surprise however, the food was tasty, authentic, and just as good as anything you’d have if it were served part of an a la carte meal.  In no way did the quality suffer because it was part of an all you can eat deal. 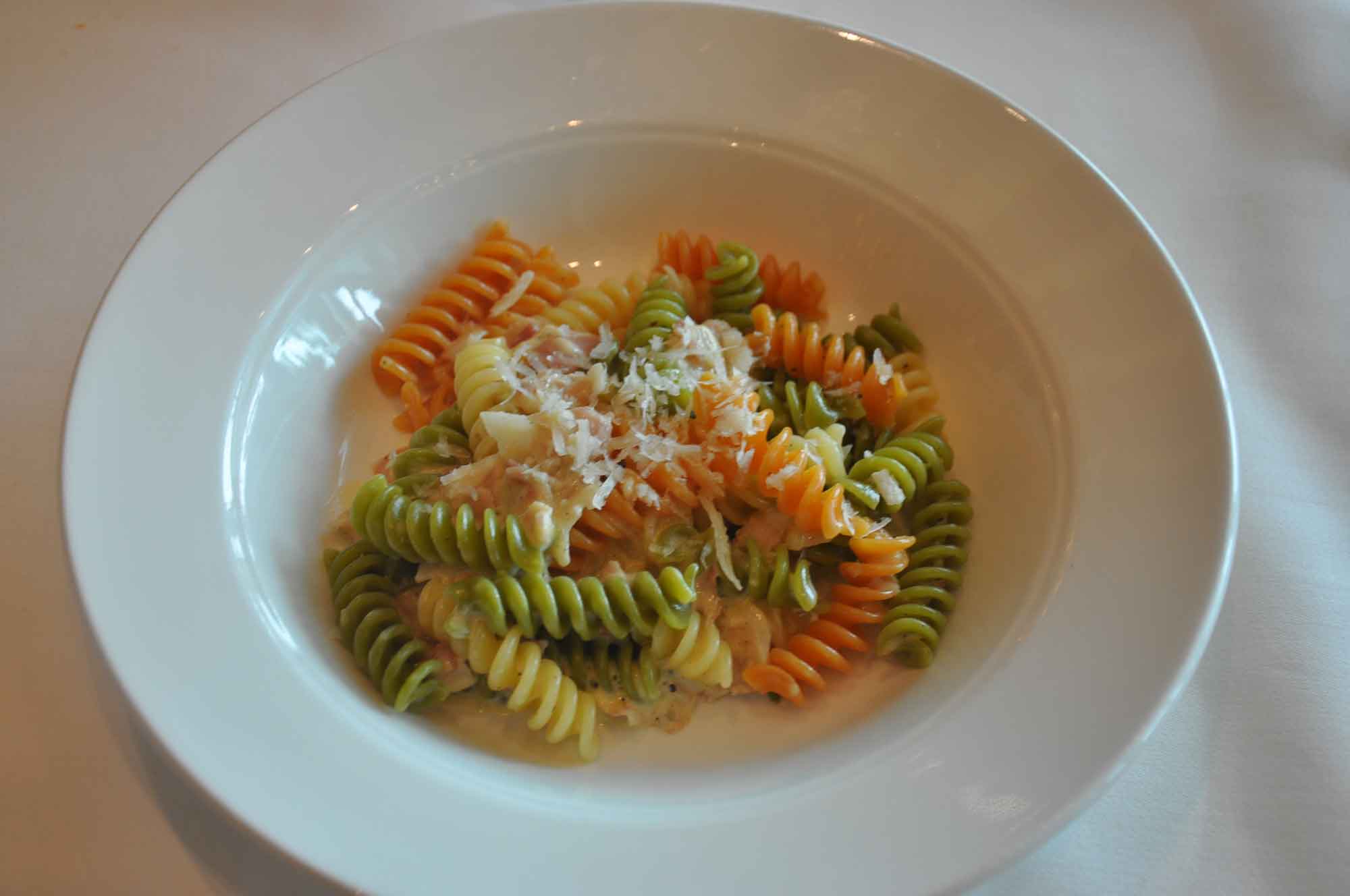 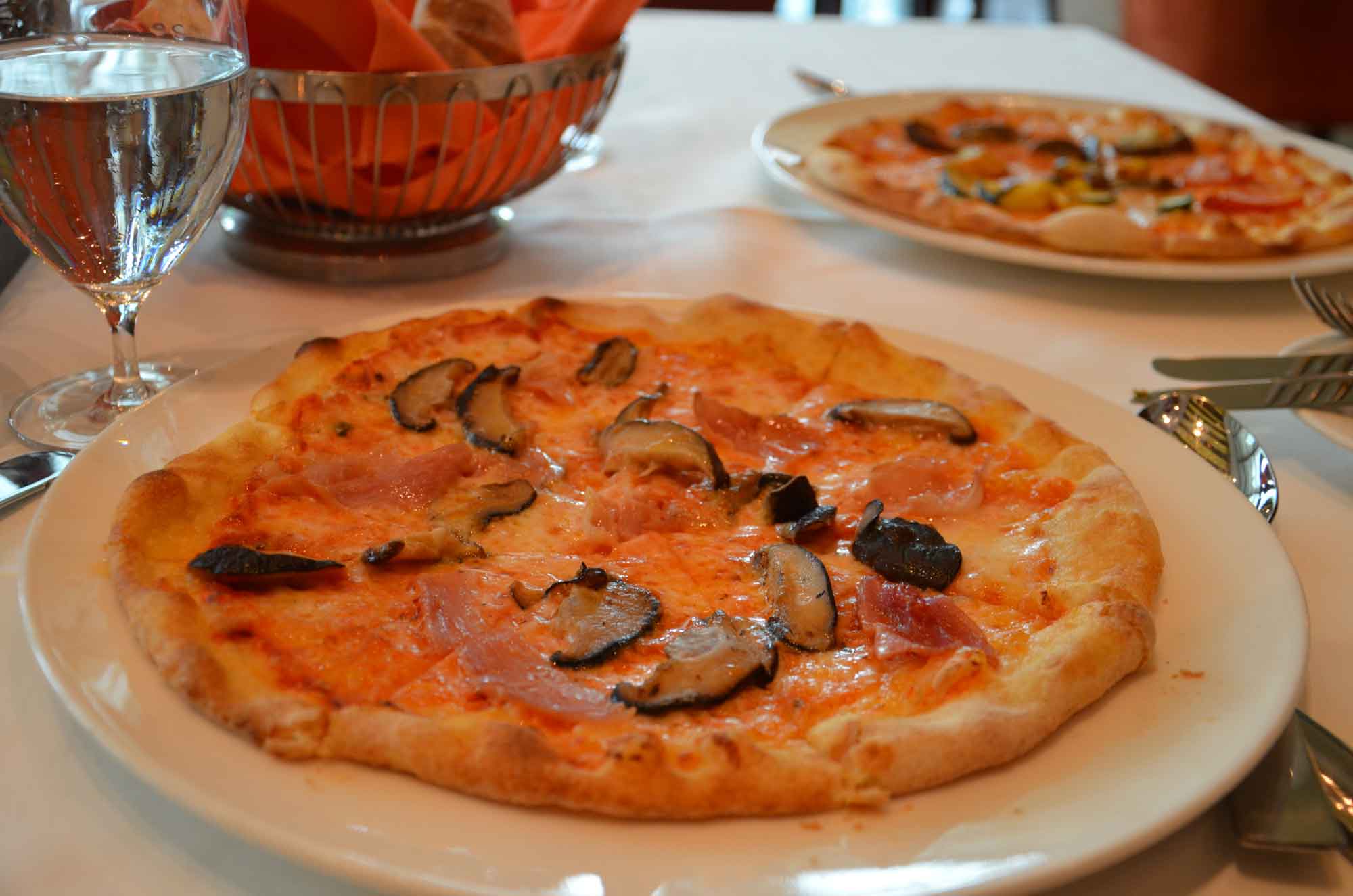 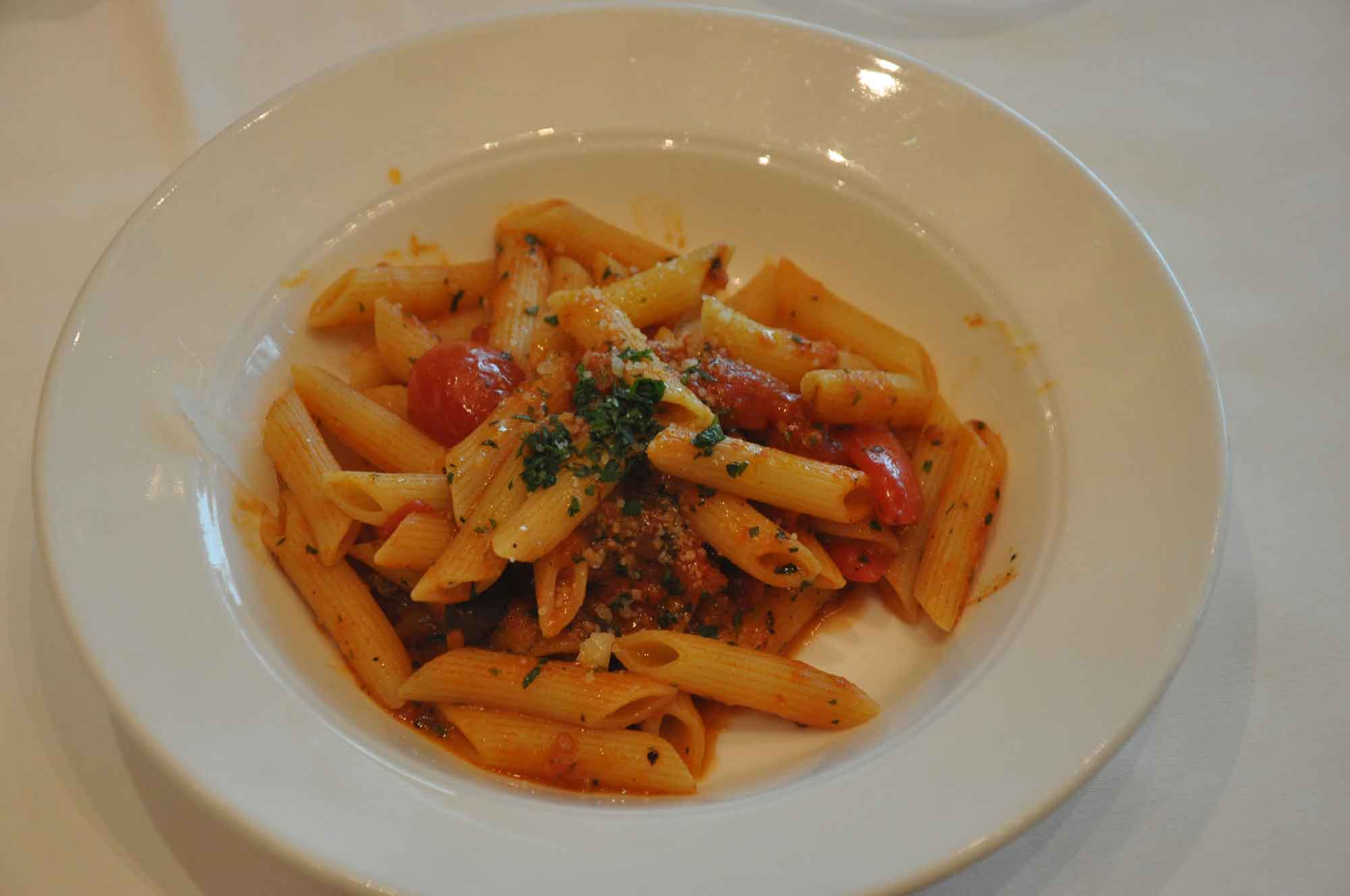 In total, there are 11 dishes to choose from: 1 salad, 4 pizzas and 6 pastas.  I think if they included a couple of desserts then that would push the rating up to a 5 from a 4.5.  Really that was the only thing that was missing.  Jane and I tried the salad, 2 of the pizzas and 5 of the pastas, and thought each of them were very well done.  In particular I really liked the Prosciutto E Funghi Pizza, Penne Arrabbiata and the Linguine al Sugo di Tonno. 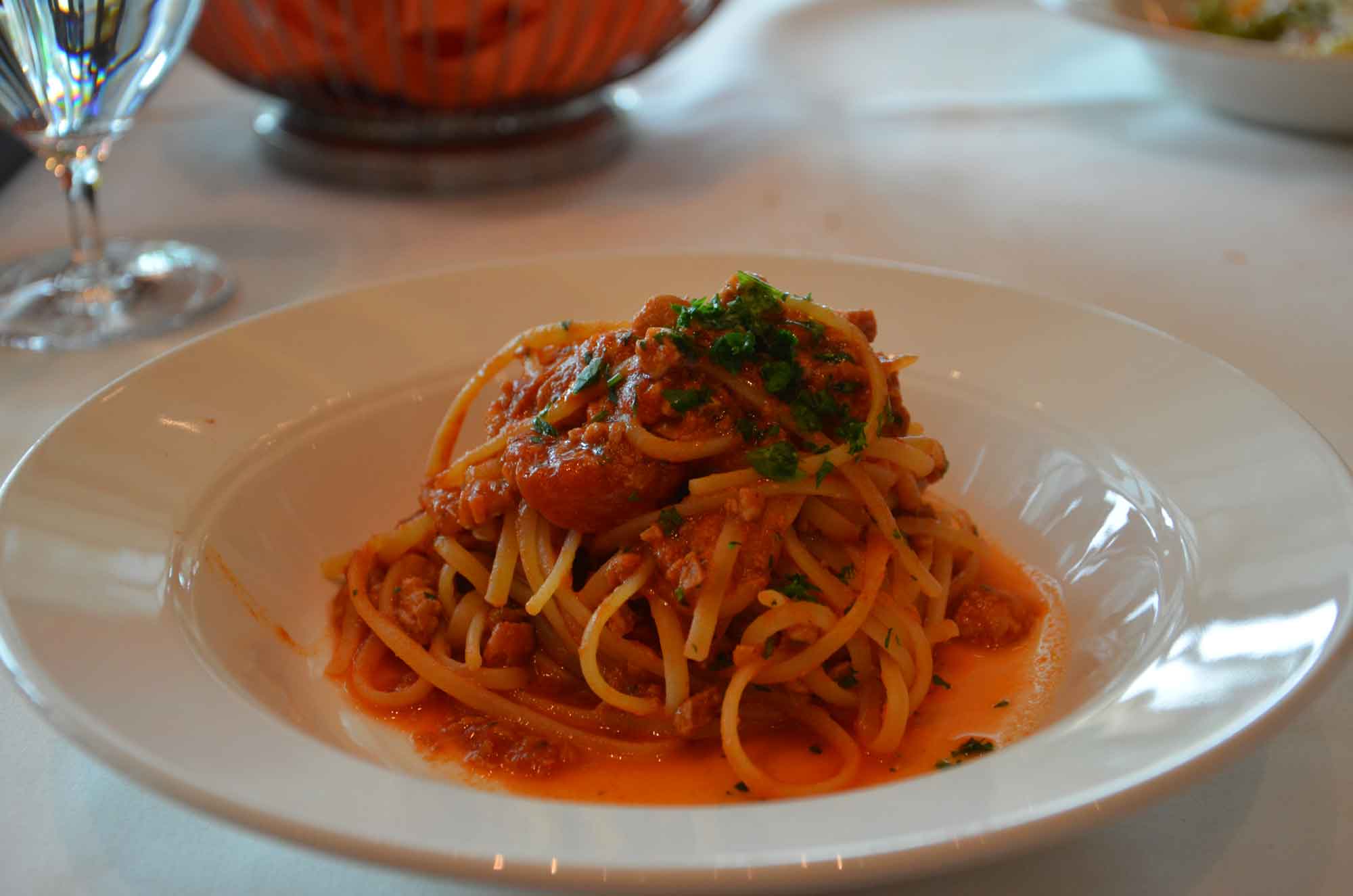 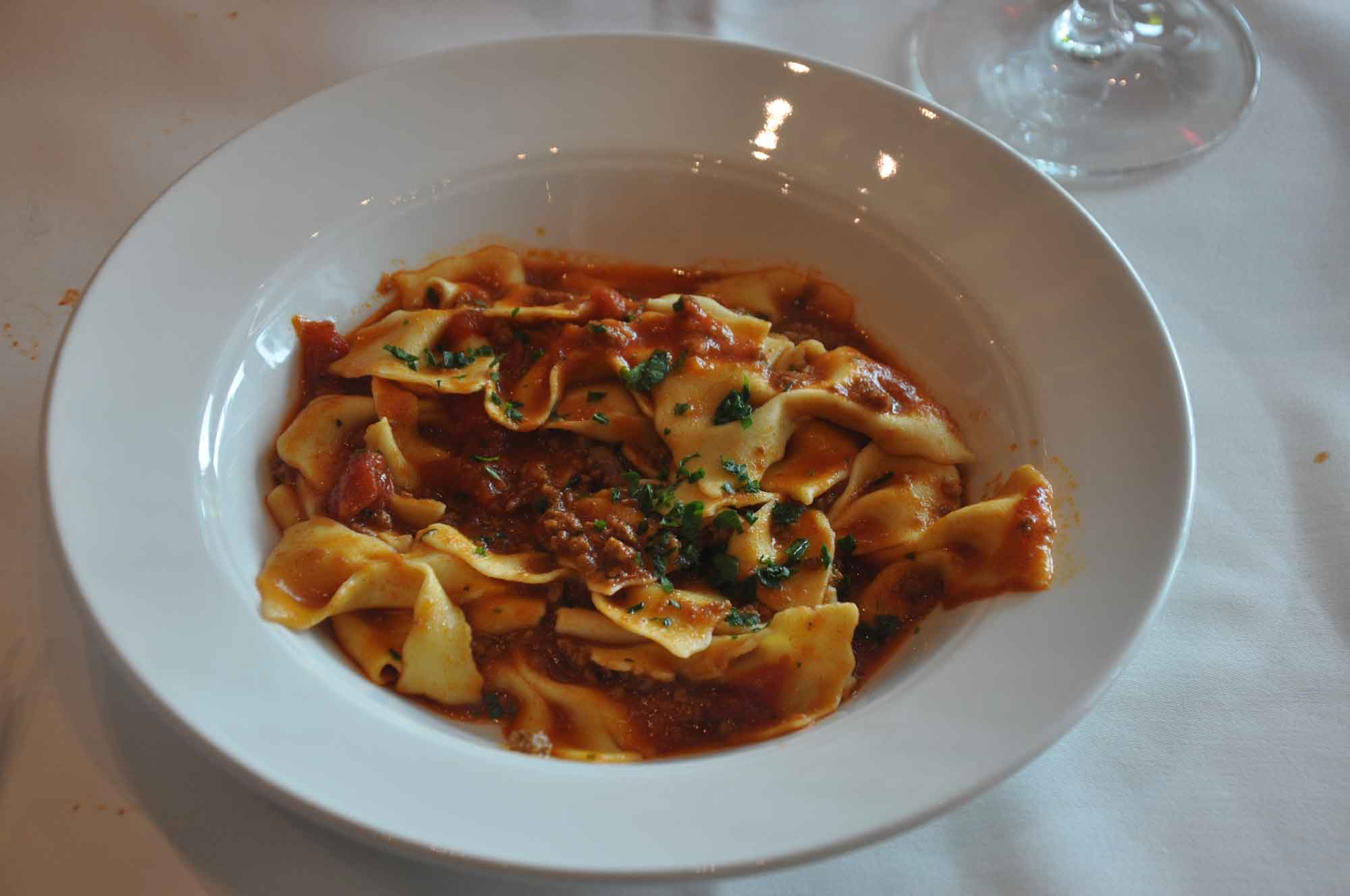 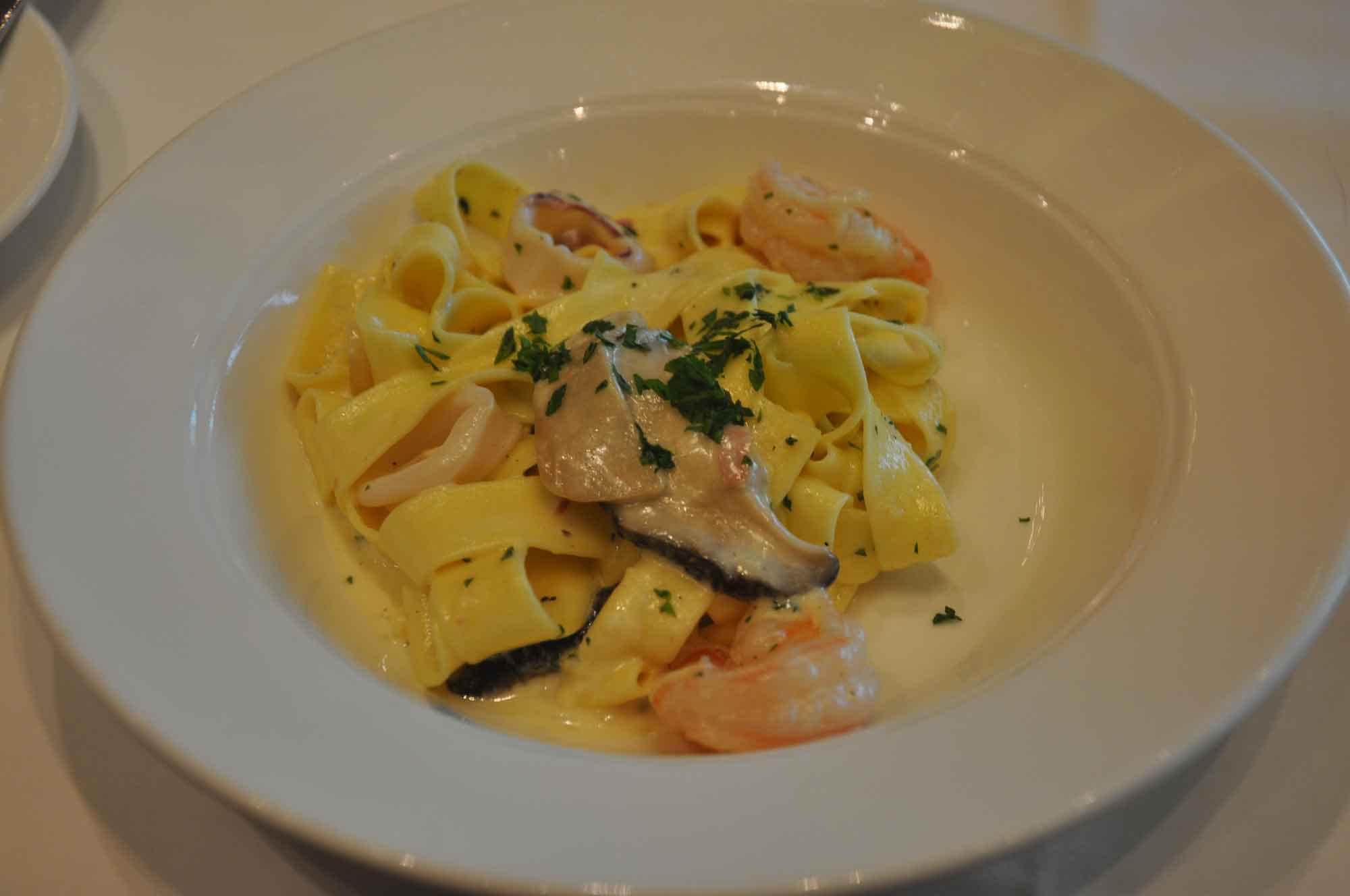 The service was also outstanding.  When my first dish came seasoned with cheese I asked the waitress to take it back, as cheese had not been specified on the menu.  She had no problem doing that, and afterwards all of my dishes came without cheese.  I also thought the staff did a good job keeping up with the demands of the patrons.  An all you can eat deal can obviously get very hectic, but we never found ourselves frustrated or waiting a long time for service, even though the restaurant was quite full.

Portofino’s decor also get high marks, with the restaurant done up in an understated but still very classy way.  There is a nice grey brick open kitchen and a lot of wood panel and lattice used on the walls and ceiling. 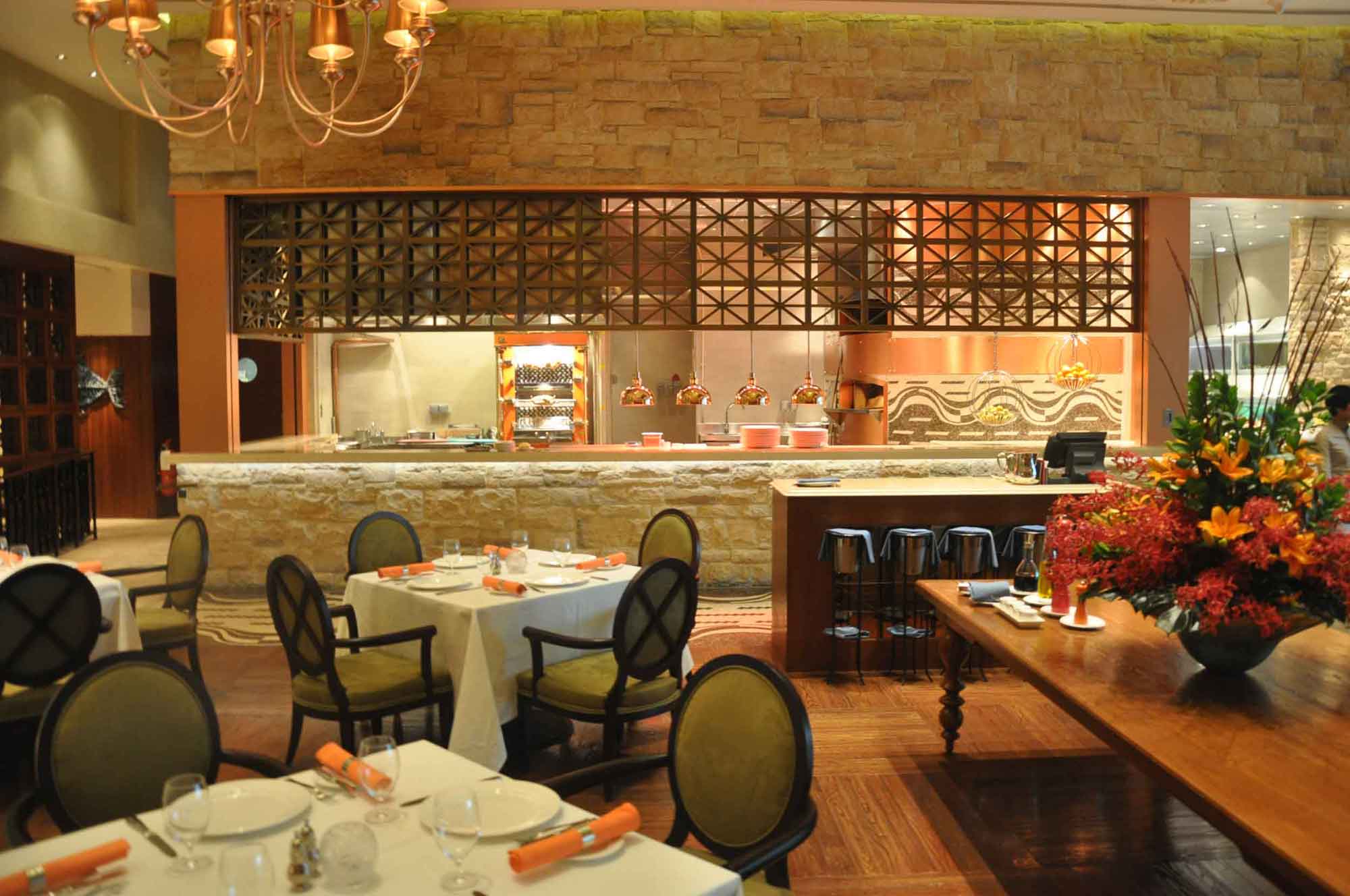 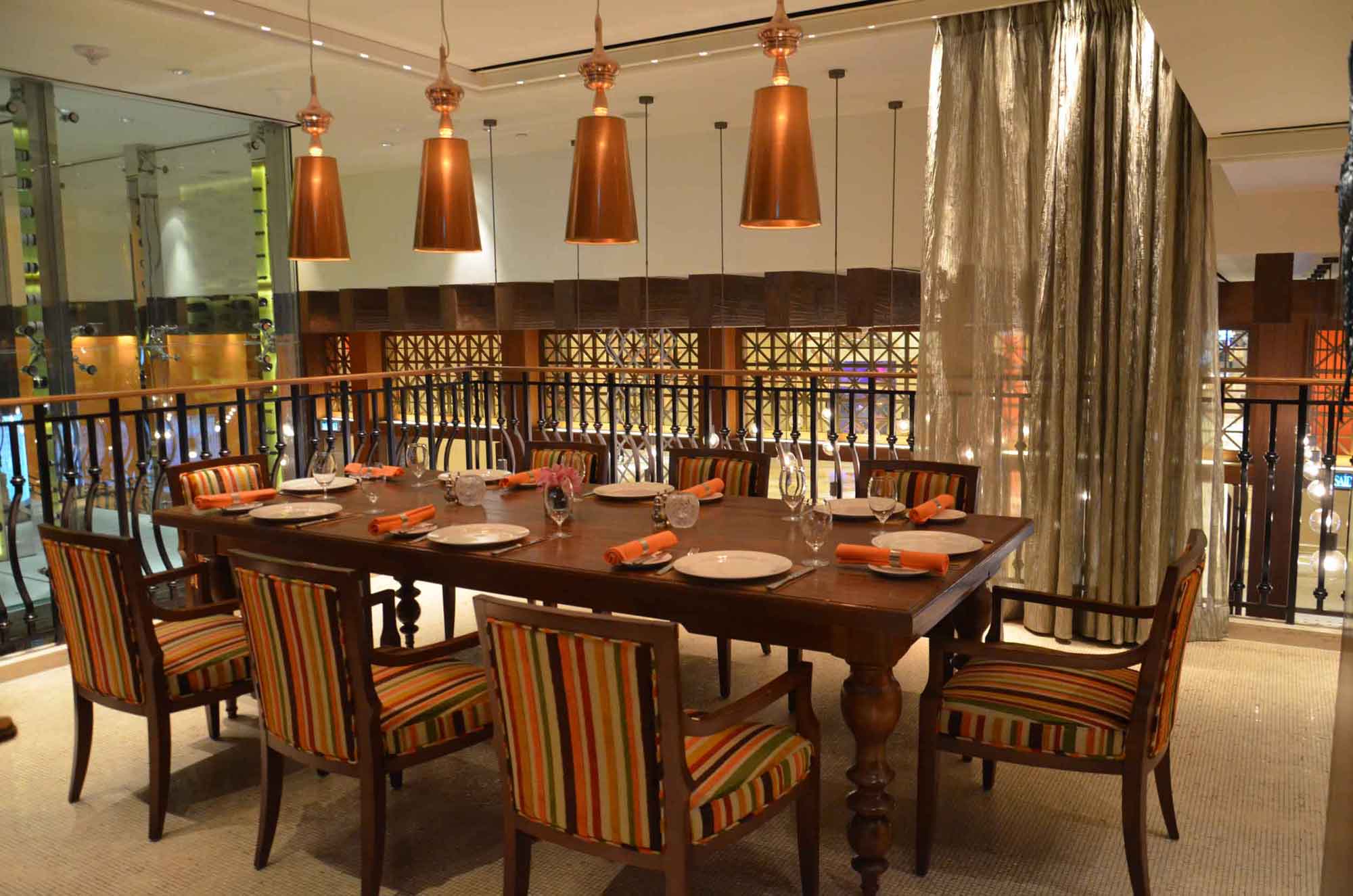 Some tables outside overlook the Venetian pools, and we might have sat out there instead had the weather been better. 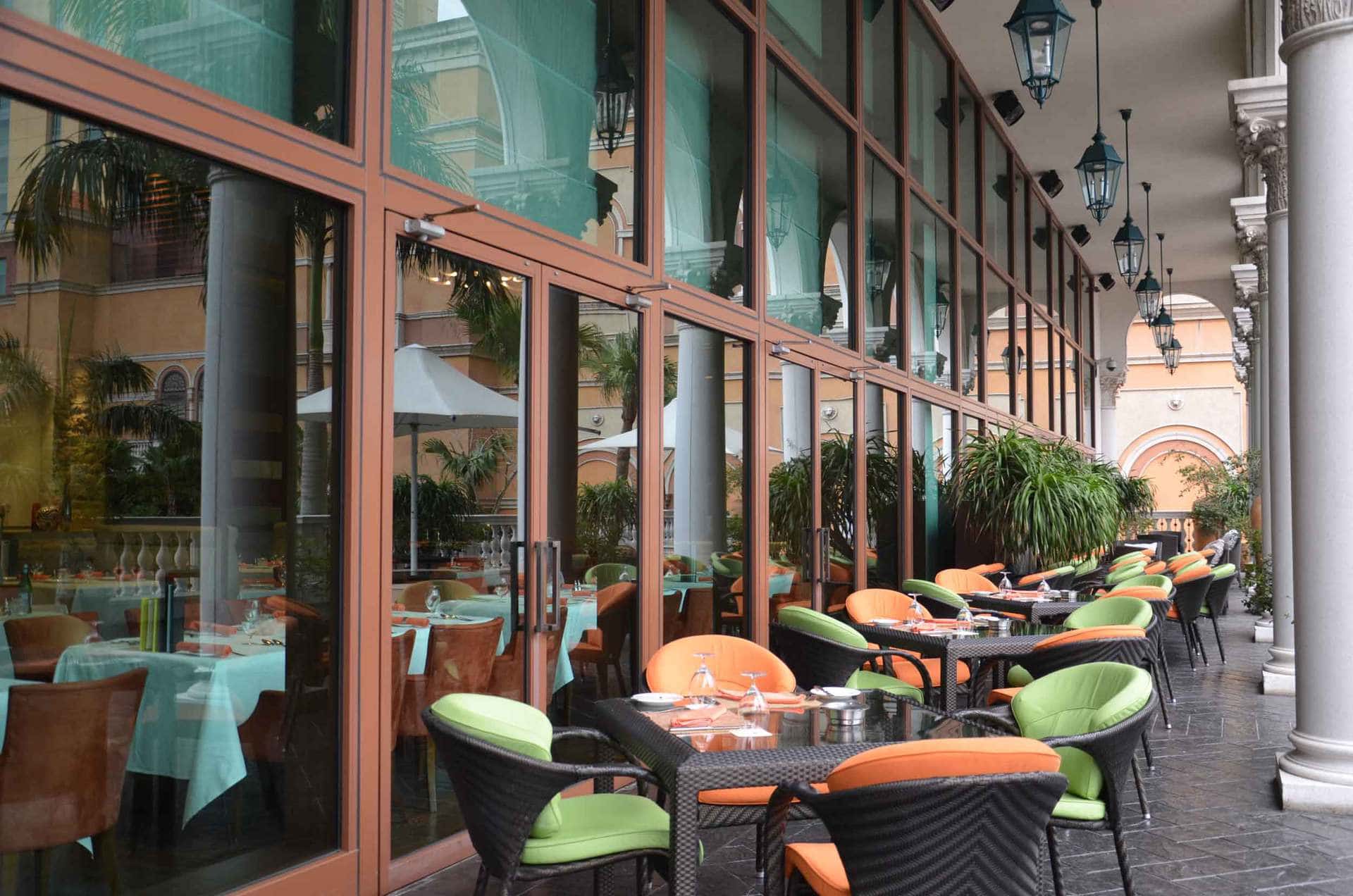 To conclude, the lunch deal at Portofino is outstanding and well worth it.  In the evening, the prices are higher, but still not as high as other Italian restaurants like Casa Don Alfonso or Il Treato.  Most pasta and pizza stay under $200 while most meat and fish is $200 to $300.  Judging from the food we ate at lunch, I would expect the evening dishes to be just as good as well.