One of Macau’s 10 Iconic Restaurants, the Rickshaw is run by the legendary “Godmother of Macanese Cuisine”, Aida De Jesus, who is said to be 103 years old.  Given that her daughter doesn’t look a day over 55, I’m not sure how that’s even possible, but I guess both just got blessed with bucketfuls of love from the Fountain of Youth.

A true local treasure, every time I leave the Rickshaw I’m afraid that I might not see Miss Aida again, but let’s face it, with the way I carry on, she’ll probably outlive me by a decade or two. 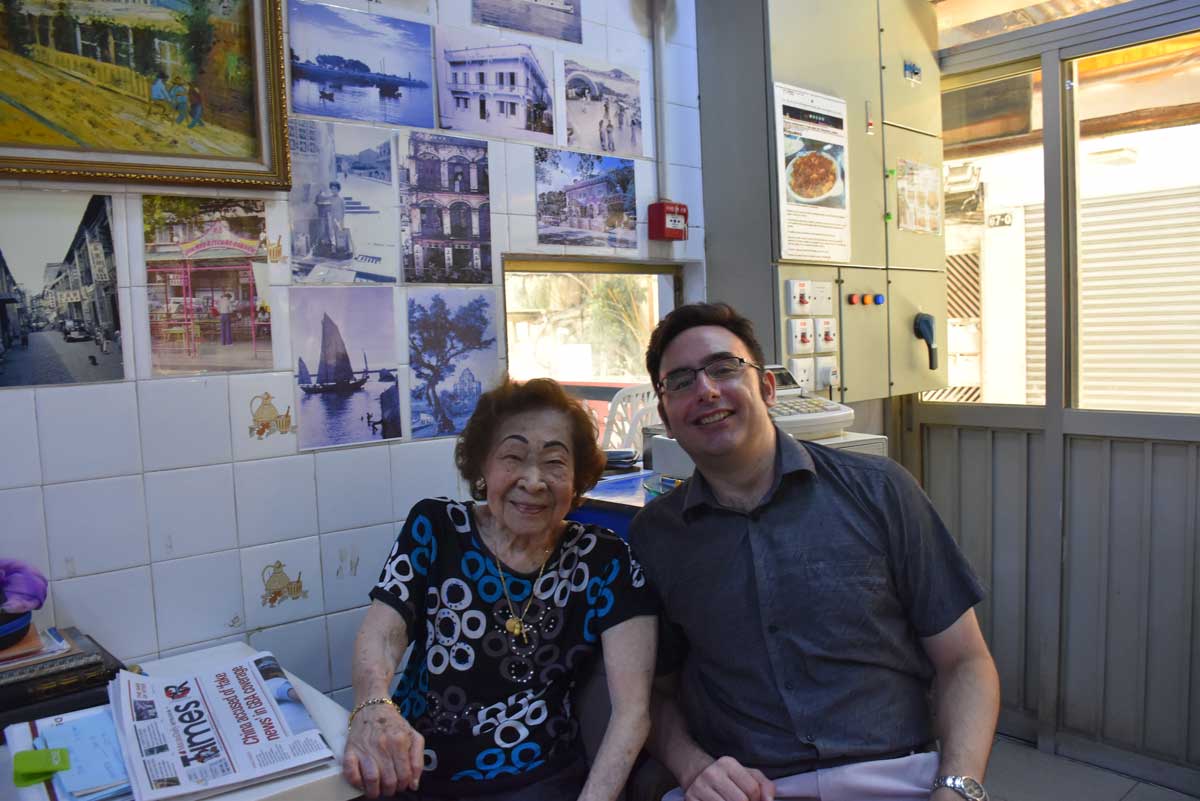 To that end, I made sure to get a picture with her while I could, at their old location in 2019.  Flaunting such fat flubby cheeks as those though, there’s no way that I’m making it past 80.

Trying Macanese cuisine is a must while visiting Macau, and Rickshaw is the cheapest place to do it in town. Their daily specials cost just $59 and are usually composed of 3 or 4 classic Macanese favourites, with the rest on offer on their standard menu ($100 to $130).

In particular, I’d make it a point to try the Minchi, which might be the best in town, while they do pretty good Pork with Tamirand and Feijoada as well.

If you’re a spice lover, the Curry Fish packs quite the epic punch, while the Braised Pork is another option that I always enjoy. Very similar to another classic Macanese dish, Porco Bafasso, the pork is so soft and scintillating and that it never goes wrong, while the vegetables and gravy are just perfect with rice.

I’m not as high on the Roasted Chicken though, simply because other restaurants in town do it much better, especially O Manel down in Taipa Village. Still though, for the price you pay when it’s on the Daily Menu, just $59, it’s never a bad option at all.

On the flip side, two dishes to avoid at Rickshaw are the Bacalhau a Bras and Pato Cabidela.

Maybe Bacalhau just isn’t my thing because I rarely like it anywhere I try it, often finding it far too oily.  Save this one for when you’re at Apo Mac, another legendary Macanese restaurant located just down the road from the Rickshaw .

As for the Pato Cabidela, it’s an old time Macanese favorite that can’t be found in Macau anymore, probably because it’s so hard to make. A slow cooked duck stew seasoned in red wine and duck’s blood needs time, patience, prep and care, but the Rickshaw’s version felt super rushed.

Ultimately there was nothing to it – no taste, no texture, no foundation, no finish, just a pleasant sauce that went well with rice. Save your Cabidela adventures for places outside of Macau, preferably doing it in Portugal if you can, because it really is brilliant when done right.

The very definition of working class, people don’t go to the Rickshaw for selfies or sommeliers, fancy white table cloths and $800 bottles of wine, but that’s why I love it so much. Pretty much frequented by the same cast of local characters night after night, it’s as consistent as consistent can be.  The Filipino staff is always really nice and being able to meet and see Miss Aida is another treat in itself. 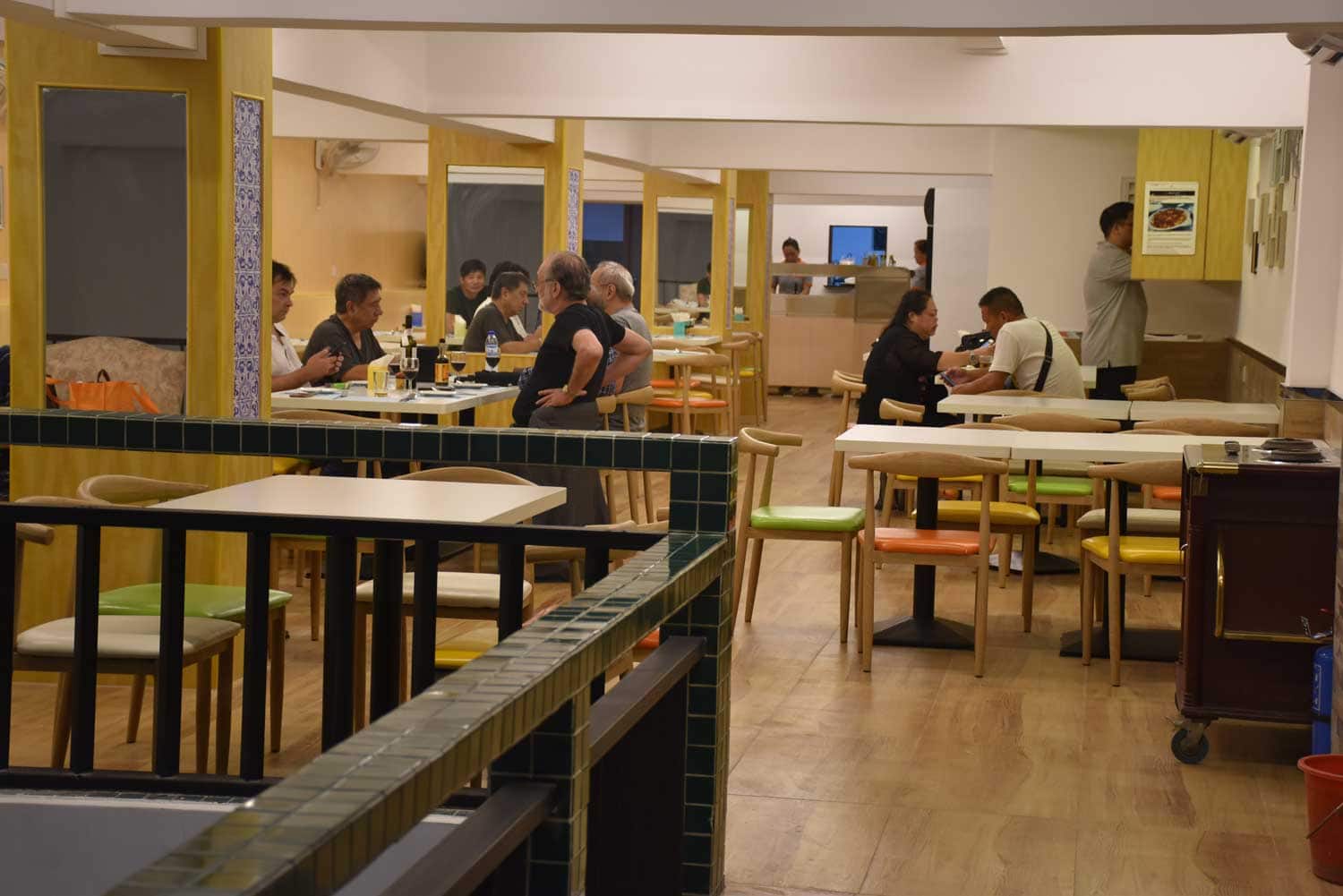 To learn about the first time I visited this Macau institution, please follow the link to the 2014 Grand Prix Race. 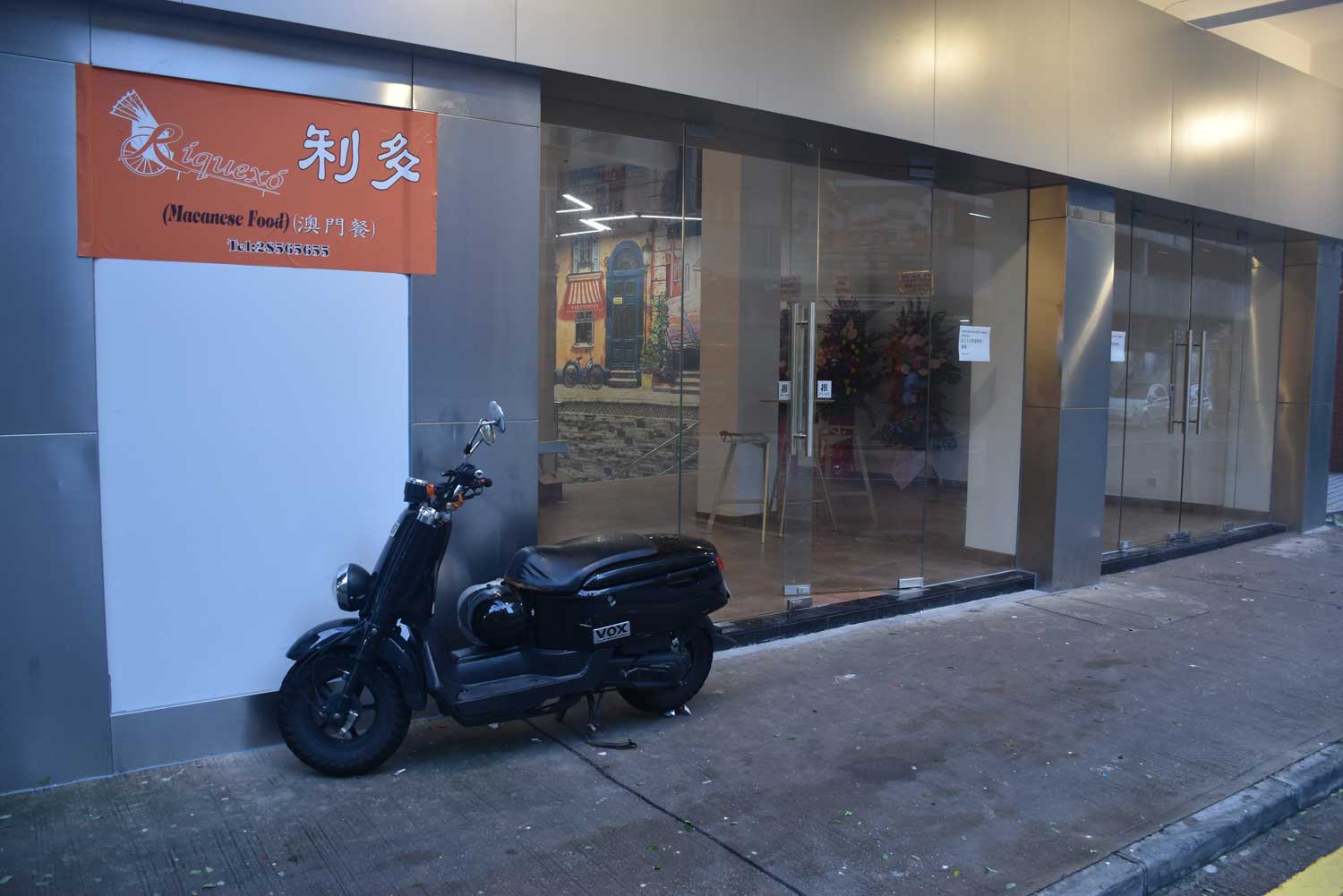